The policy was pushed through in June 2020, but, due to COVID-19 travel restrictions, its introduction was quietly received until it was brought to light by John Morris of Wheelchair Travel. In a post, Morris wrote about being denied boarding in mid October for a flight from Gainesville, FL, to Dallas, Texas. Morris is a frequent flyer who has flown dozens of similar flights, but this was his first since March due to the pandemic.

During check-in, Morris was asked the weight of his power wheelchair, which he told the ground staff was 450 pounds. It was then explained to him his chair was too heavy to be permitted on the Canadair CRJ-700 aircraft. A frequent flyer and an Executive Platinum member of the American Airlines loyalty program, Morris has flown the route 21 times with the airline, and has taken more than 50 flights on that specific model of airplane.

“While it is true that certain types of aircraft may carry only a limited number of mobility devices, the individual weight of a wheelchair should not be a discriminating factor,” Roberto Castiglioni, the publisher of Reduced Mobility Rights, tells Matador Network. “Its dimensions could be [a limiting factor] if they are greater than the cargo hold door, but it sounds bizarre that cargo floor limits could be. Perhaps lack of suitable equipment at ground handling level is the true reason behind AA’s new controversial policy.”

Morris writes that the policy effectively bans power wheelchairs made by Permobil, Quantum, and Quickie from 130 airports in the contiguous US. To visually illustrate the magnitude of this problem, he made a map of the airports that many power wheelchair users will no longer be able to fly to on American Airlines. 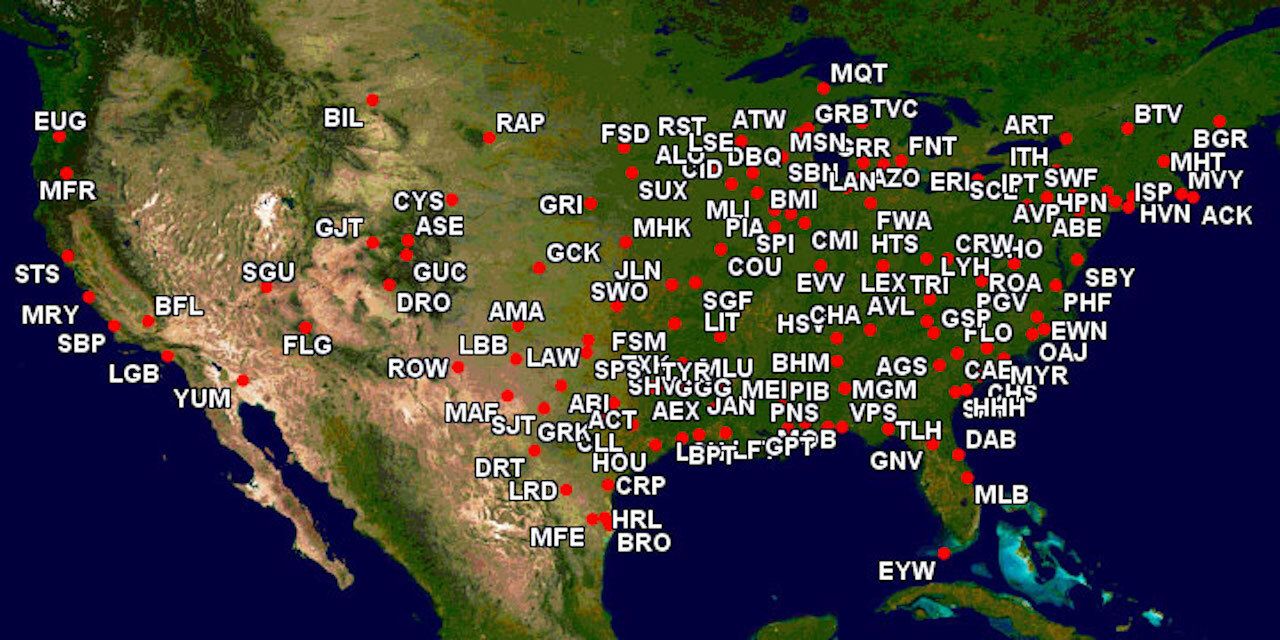 When Morris asked for an explanation, he was told the policy was enacted because American Airlines had damaged too many wheelchairs when loading them onto the plane.

“This is what discrimination looks like,” Morris wrote about the experience. “Remember this story the next time American Airlines claims that it is committed to diversity, equity, and inclusion. It is a lie.”

American Airlines gave Morris a formal apology and a ticket refund, according to a statement given to Simple Flying. The statement also stated that American Airlines “has begun a review of how we can both ensure high safety standards and protect the integrity of heavy mobility devices consistently across our operation.”

Morris noted that removing his wheelchair’s battery can decrease the weight by about 50 pounds, though there’s risk of damage from airline baggage handlers who aren’t familiar with every make and model of powered wheelchairs. Airlines mishandled an average of 29 wheelchairs every day between January and September of 2019, according to USA Today. American Airlines mishandled more than double the number of wheelchairs than the industry average.

“I think time has come for wheelchair manufacturers to work closely with the aviation sector to define a common standard that works for aviation and safeguards the right to travel by air of persons with reduced mobility,” Castiglioni says.

And that is a fair point. It seems both wheelchair manufacturers and the aviation industry have a ways to go to ensure that all passengers are treated equally and can access all services.