A 26-foot-tall statue of Atlas dating back to the fifth century will once again be on display at the temple of Zeus in Sicily. The statue, which was buried for centuries among ancient ruins, is one of the most celebrated sculptures in the ancient city of Agrigento. It will now be proudly propped upright at the temple’s entrance — as if guarding the temple.

In Greek mythology, Atlas was the Titan who, after suffering defeat by Zeus, had to bear the weight of the heavens on his shoulders for all eternity.

“The reinstalment of the statue of Atlas is the culmination of a more comprehensive restoration [of the temple],” Roberto Sciarratta, director of the archaeological park, told The Guardian. 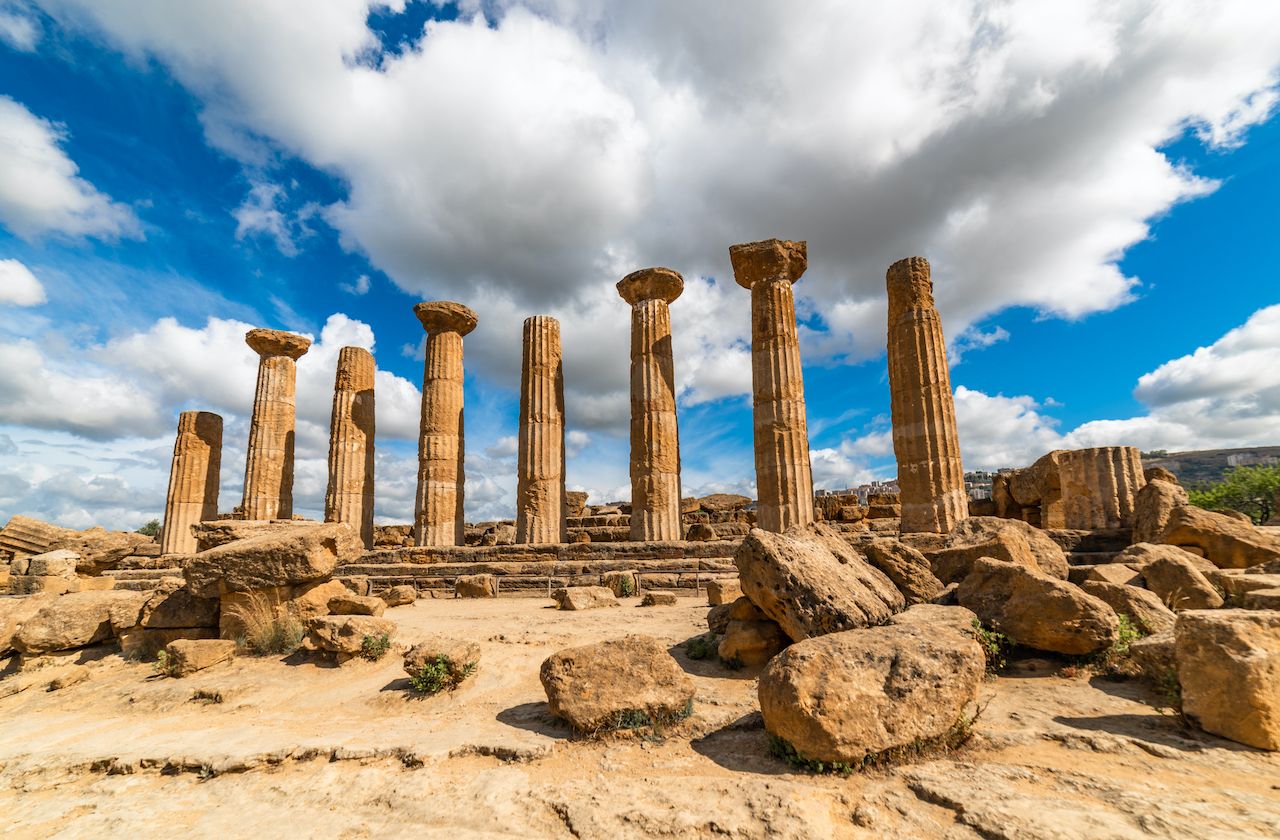 “In the last decade, we’ve recovered and catalogued numerous artefacts that were once a part of the original structure…The goal is to recompose piece-by-piece the trabeation [beams] of the Temple of Zeus to restore a portion of its original splendor,” Sciarratta shared.

The archaeological park team will display Atlas in celebration of Agrigento, which was founded over 2,600 years ago. The city is the home to seven Greek temples that are expertly preserved to this day. Once thriving, Agrigento was destroyed in 406 BCE by the Carthaginians and didn’t manage to recover until the rule of Timoleon two centuries later. The settlement was ultimately seized by the Romans in 210 BCE and renamed Agrigentum.

Relocating the statue of Atlas at the temple’s entrance will be a symbol of protection toward Zeus, the father of the gods.

NewsIn Greece, a Shipwreck From 500 BCE Is Opening as an Underwater Museum
Tagged
Archaeology Art + Architecture News
What did you think of this story?
Meh
Good
Awesome