Perhaps, at some point, you’ve dabbled in the world of hallucinogens. Maybe it was at a high school party. Maybe it was at a music festival. Maybe it was because you wanted to make the most out of your night in watching The Lego Movie. Whatever your motivation, it wasn’t something exclusive to you as a human being. Ingesting hallucinogenic plants — both for recreation and medicine — isn’t uncommon in the animal kingdom. As Joel Locke, the Primate Farm Keeper at the Great Plains Zoo in Sioux Falls explained, it’s something you’d find from the plains of South Dakota to the depths of the Amazon jungle. 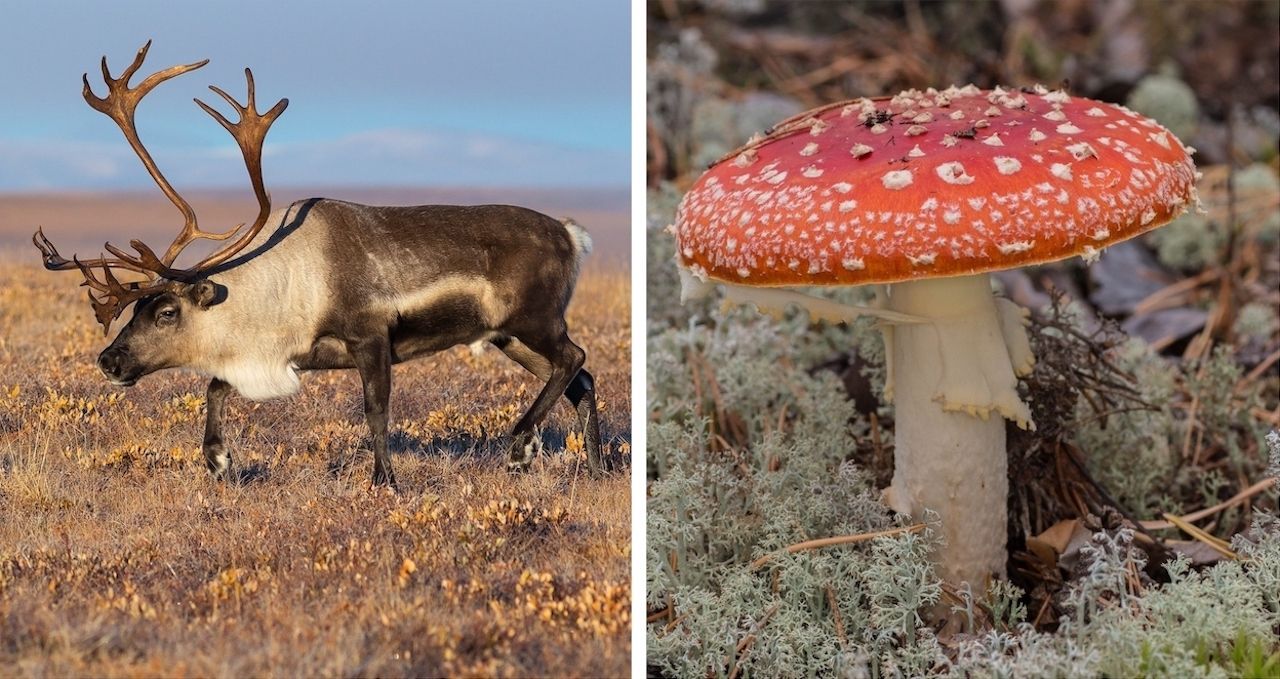 When the snow in Siberia first begins to thaw, reindeer native to the region will hoof up fly agaric mushrooms sitting just below the surface of the snow.

“They have these big red caps; they look a little like Toad from Super Mario Bros,” says Locke. In addition to looking like they come from a trippy video game, the mushrooms are also known to cause visions, and reindeer that eat them often run aimlessly, have random muscle spasms, and make weird noises.

Not deterred, local herders want in on the action too, and they’ve found a way to do it without having to dig through frozen tundra.

“Herders would capture the reindeer, because the hallucinogen doesn’t go away from [the reindeers’] system and goes straight into the urine,” says Locke. “So they drink the urine from the reindeer to get their own hallucination.”

2. House cats get high on catnip. 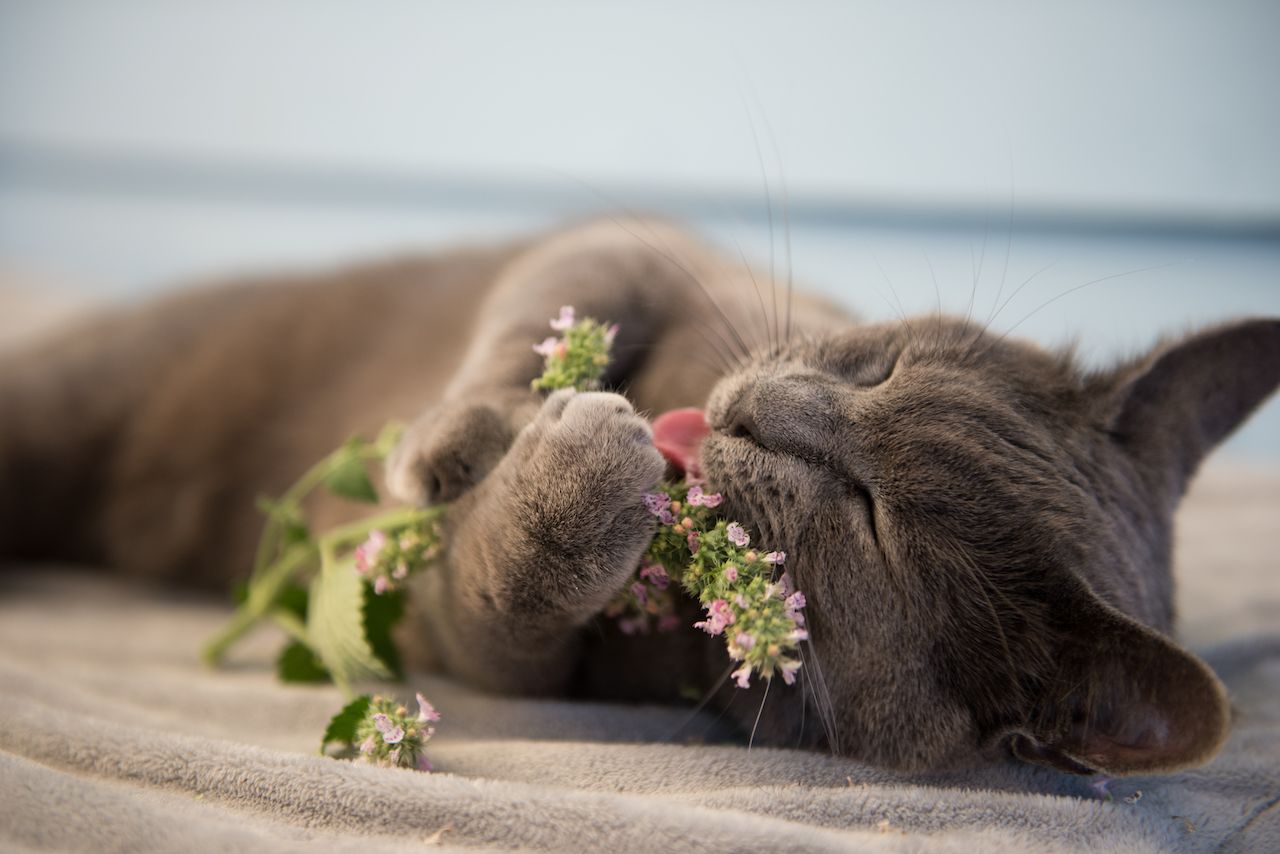 The most obvious and easy-to-spot animal that partakes in hallucinogens is the common house cat, which, as anyone who watches Instagram stories knows, goes absolutely bonkers when it gets around catnip. This is because the chemical in catnip — nepetalactone — mimics female pheromones and drives cats into intense fits of arousal. Both females and males react to it, though, doing everything from chasing invisible mice to rolling on the ground uncontrollably.
Anecdotally, Locke says strong colognes and perfumes can have similar effects on big cats he’s worked with at the zoo. The stuff that makes you gag when you’re stuck in an elevator with someone drives these cats crazy.

3. Bighorn sheep break their teeth to get lichen. 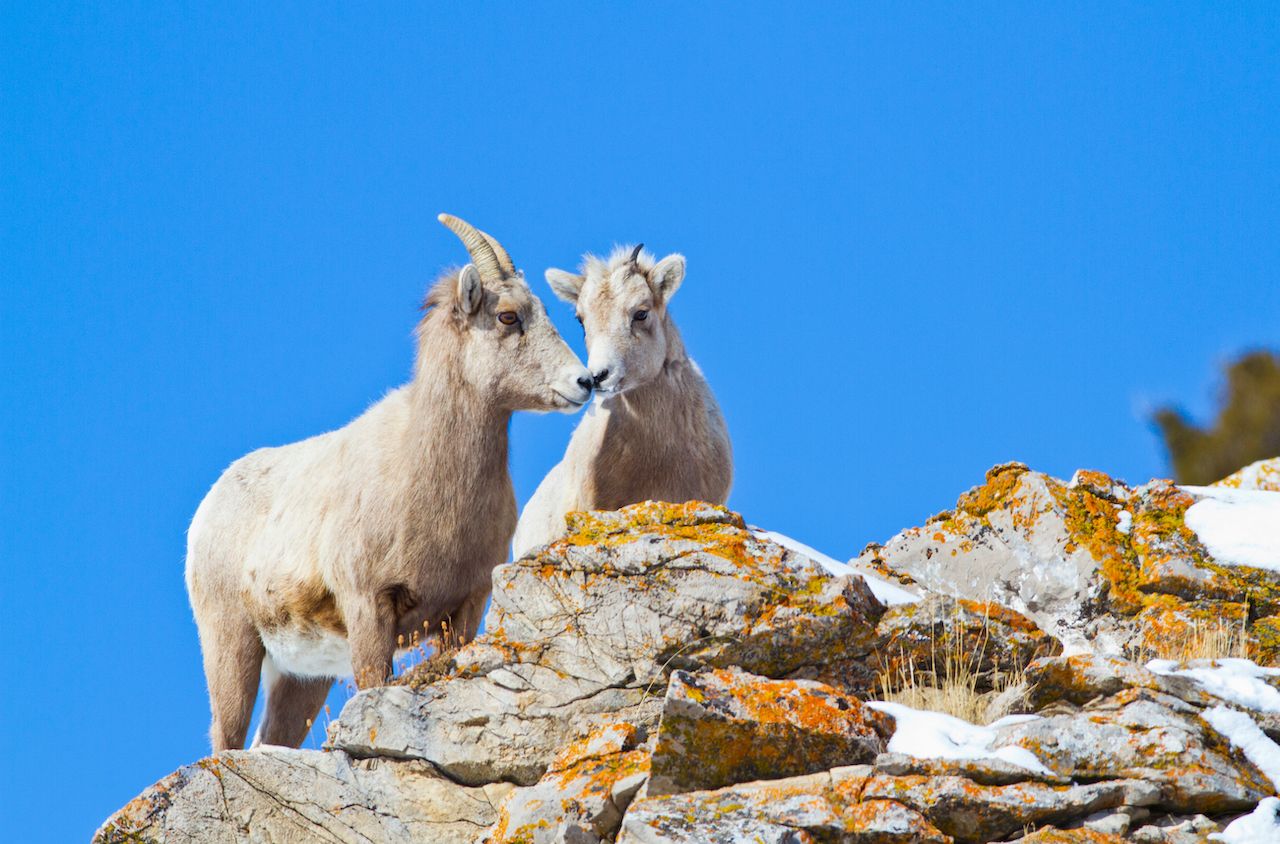 In the Canadian Rockies, lichen grows in some of the most inhospitable, hard-to-reach terrain in the region, a.k.a the perfect place for bighorn sheep to climb and get high. The sheep have been known to traverse paths far too risky for humans — or other animals — and find lichen growing on rocks. Some will chip their teeth all the way down trying to scrape lichen off the rock. 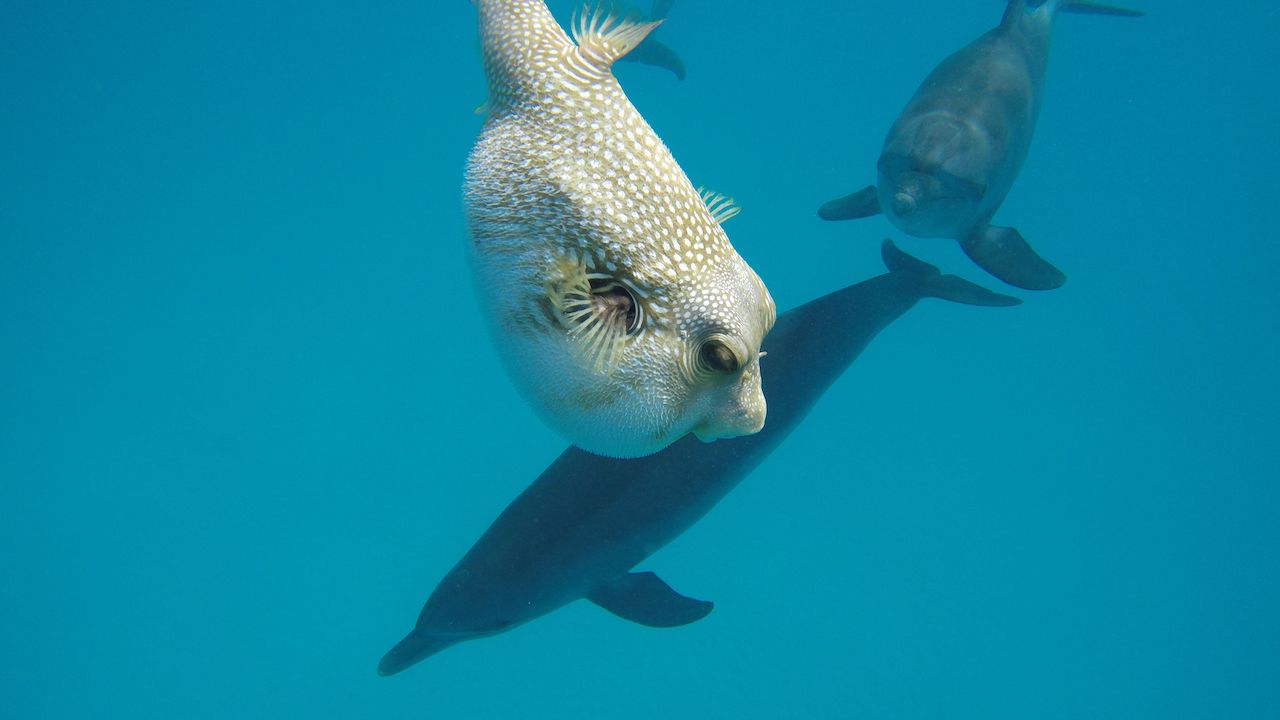 We already know that dolphins, cute as we may find them, are completely sadistic when it comes to catching their prey and often toss them around for a while before making them lunch. This might not seem such a wise idea when trying to eat, say, a pufferfish, which emits one of the deadliest poisons in the world when it feels it’s being threatened. That said, in small doses its tetrodotoxin can be mildly hallucinogenic, and juvenile rough-tooths pass it around like a spiny, swimming joint to get high.

“They don’t really kill it; they just bite it to get it to release its neurotoxins,” says Locke. “I can’t explain why they do that, but considering pufferfish is one of the most venomous fish in the world, it’s just random and weird.” 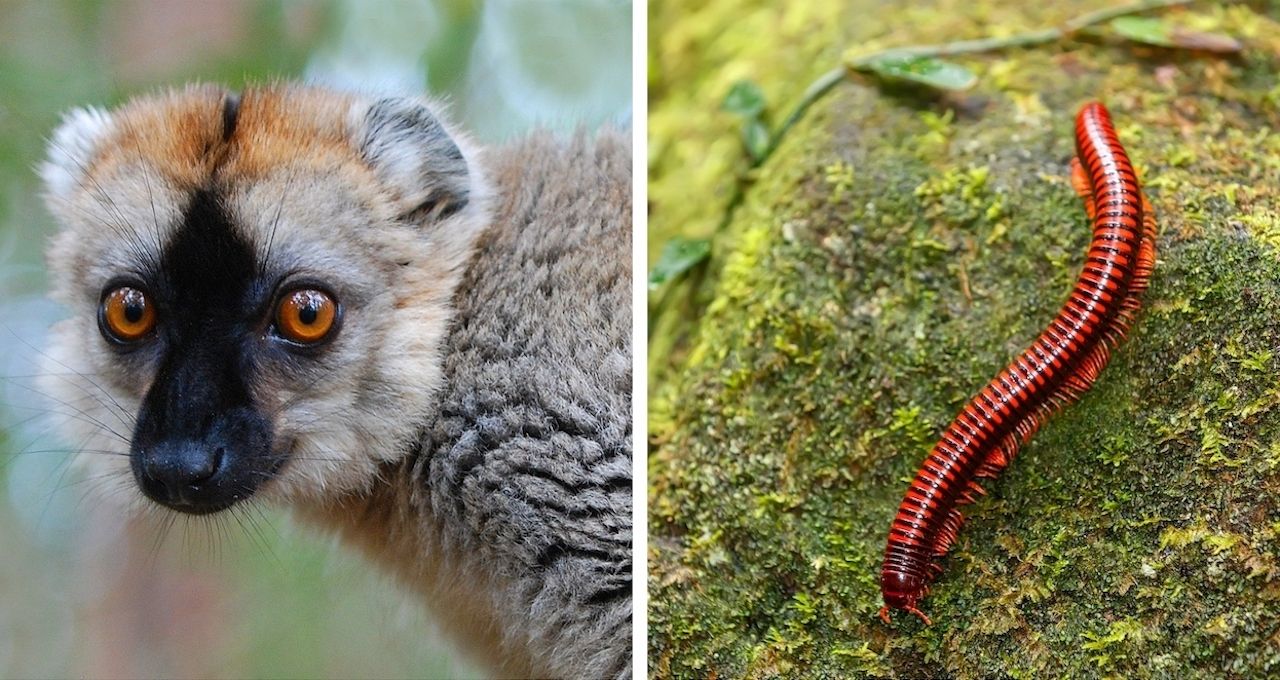 Though they’re not necessarily using them to get high (or so they tell their parents) Madagascar’s red-fronted lemurs have been observed picking up highly toxic millipedes, rubbing them all over their nether regions, and eventually swallowing them. While primates routinely use insects as a sort of topical ointment to relieve irritations, chewing them is far less common, and Locke says little is known about why lemurs do this.

“The [millipede’s] toxin is not scientifically known to be a hallucinogenic,” he says. “But some will ingest the millipede to help with parasites. It’s pretty much a medicinal use.”

6. Jaguars are fond of ayahuasca vines. 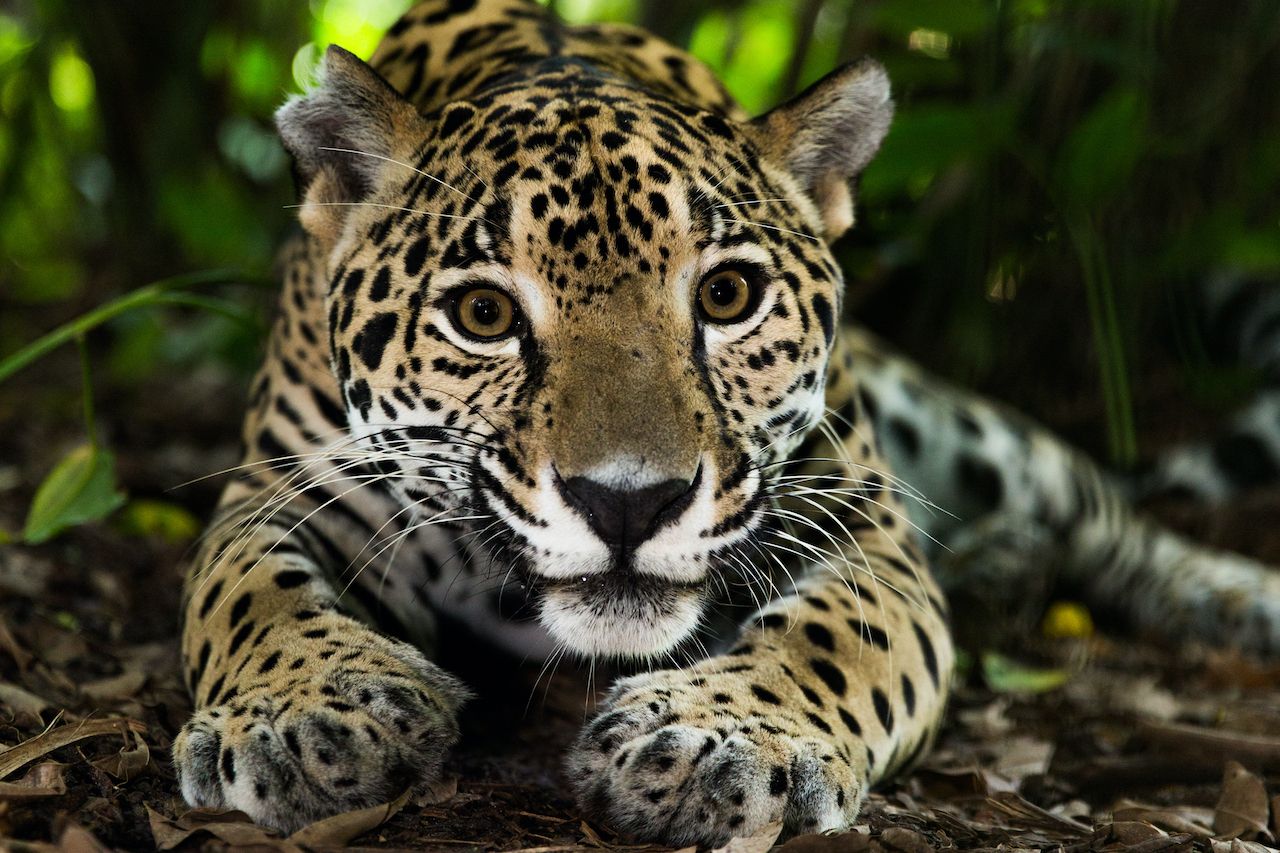 In the same way that people flock to the Amazon for ayahuasca ceremonies with mystical shamans, the jaguars native to the region eat yage (ayahuasca vines) to get a greater understanding of the world around them. Or maybe they do it because it looks delicious. No one is exactly certain why jaguars do this, but the yage vines contain harmala alkaloids — a key component of the ayahuasca drink recipe which activates DMT (dimethyltryptamine) in other ingredients. So while the jaguars aren’t having full-fledged conversations with dead ancestors and going through a year’s worth of therapy in one weekend, they are getting something out of eating the plants. And it turns these fierce predators into rolling goofballs. 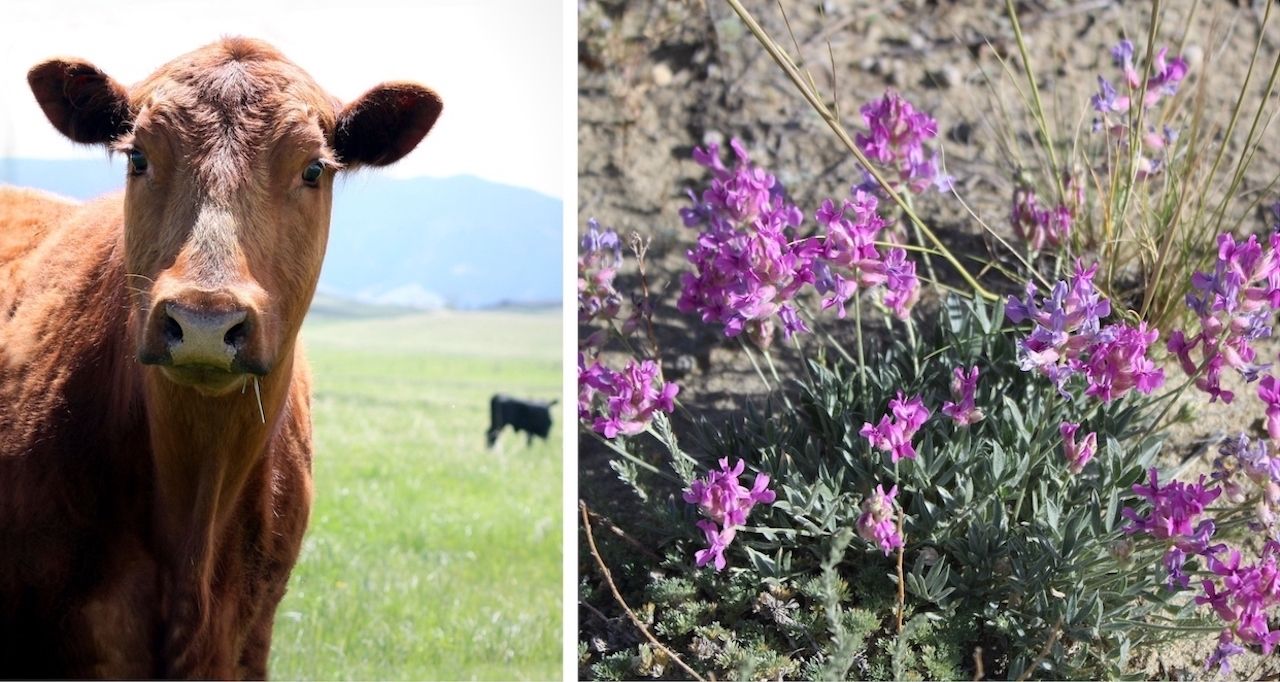 In the great plains of America’s Midwest, one of the first plants to bloom in the spring is locoweed, a low-growing, high-protein plant with colorful flowers and a deadly phytotoxin. It produces swainsonine, which can cause grazing animals to go into a calm trance where they just kind of stand around doing nothing.

Animals don’t eat it to chill out but rather because it’s a high-protein food that’s readily available when other food sources are scarce. Cows, horses, bighorn sheep, mule deer, and other plains-dwellers are particularly susceptible, and it’s a big problem for farmers.

“Farmers have to watch out for their cattle and horses,” Locke says. “It’s really bad for domesticated animals because they’re on a pasture and just eat all they can. You really have to watch out, loco means ‘crazy’ in Spanish and there have been instances where livestock eat too much, and act a little crazy and energetic, then soon after their toxicity level is too high and they’re lethargic and disoriented.”

And nobody likes a disoriented cow.

8. Wallabies have a taste for opium. 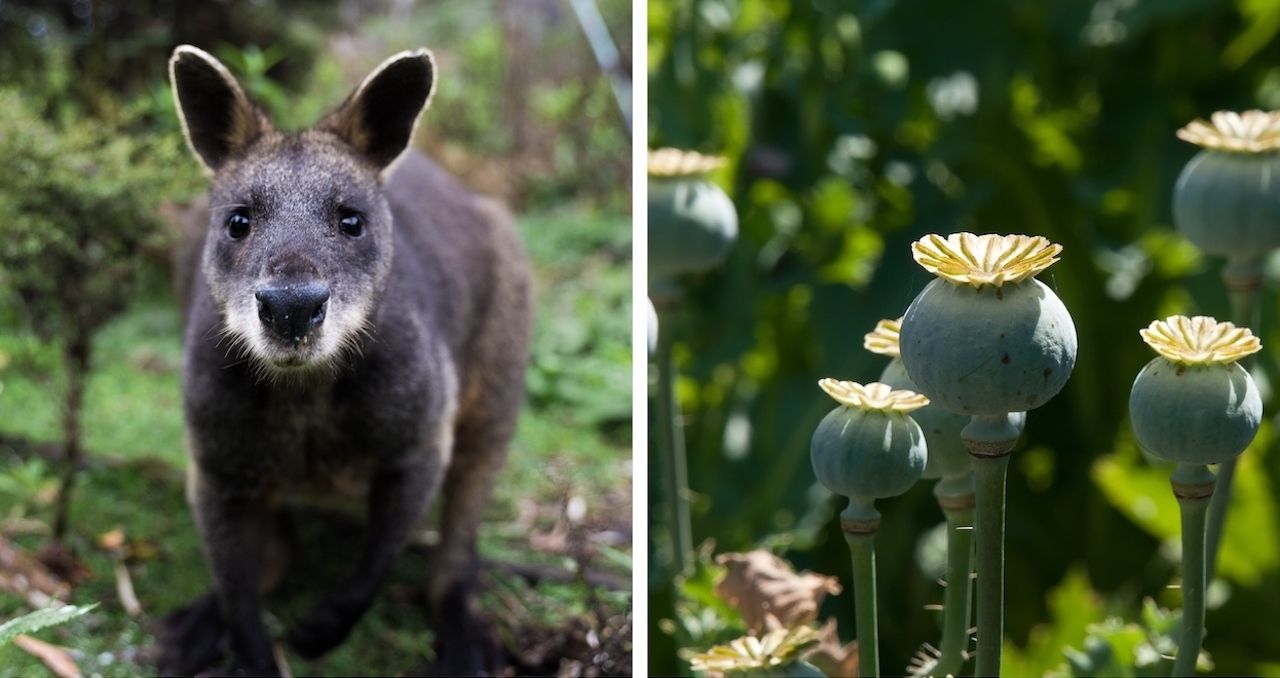 Humans are mostly to blame for Australian wallabies’ relatively newfound penchant for poppies. In its rush to become one of the world’s leading producers of legal poppy plants, Australia cleared much of the wallaby’s natural habitat. The displaced wallabies still often wander into poppy fields in much the same way alligators wander into Florida backyards, and many of them eat the opiates and get high. It’s thought to be the reason the wallabies return again and again, though the phenomenon has not been conclusively studied.

“I don’t know if it’s because humans are constantly pushing wildlife aside for farming, so maybe it popped up in their habitat?” says Locke. “Or they eat it for medicinal uses. Or they’re eating it because it wasn’t usually there, and now they’re figuring out how to eat this new plant that’s growing there.”

Wellness7 Traditional, Mind-Altering Plants Used Around the World
Tagged
Cannabis Wildlife
What did you think of this story?
Meh
Good
Awesome