Mind-altering substances have been purposefully used by humans almost as long as there have been humans. Ancient cultures all around the world discovered the psychoactive effects of native plants and used them in religious ceremonies and to heal illnesses. Consumption continues today, though modern generations also use these traditional drugs recreationally. Here are seven of some of the most common mind-altering substances used by cultures around the world. 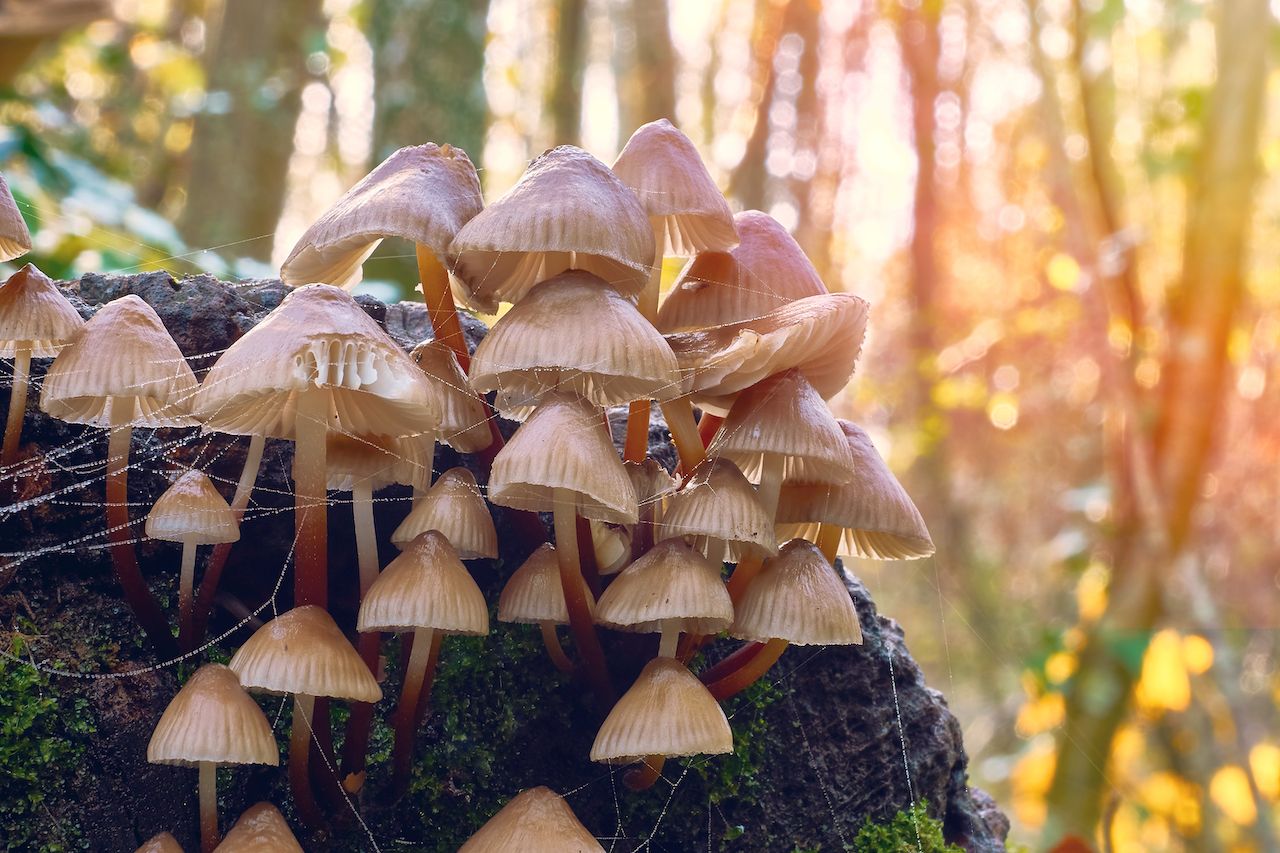 Mushrooms containing the hallucinogenic chemical psilocybin, also known as “magic mushrooms,” have been used in traditional religious ceremonies all around the world. There is some evidence from cave paintings in northern Africa that mushrooms were used in religious ceremonies as far back as 9,000 BC though some dispute that psychoactive mushrooms are the ones depicted. Another somewhat disputed mural from 6,000 BC in Spain depicts psychedelic mushrooms underneath a bull painting.

Mushroom use was common in ancient Ireland, as well. Druids consumed red-capped mushrooms with small white dots called fly agaric (think Alice in Wonderland) to gain wisdom from the earth, while a common mushroom called the liberty cap gave consumers a less intense high. Both are said to induce fairy hallucinations, which are common throughout old Gaelic art and folklore.

Definitive evidence of early religious mushroom use can also be found in Mexico and Central America. Aztec, Mayan, Mazatec, Mixtec, Nauhua, and Zapotec cultures all have art and archaeological artifacts that depict mushrooms as a way to communicate with the gods. The Aztec word for mushrooms, teonanácatl, means “flesh of the gods.” Far from being recreational, the goal for mushroom use was to reach a transcendental state of altered consciousness that encouraged spiritualism.

The modern Western understanding of psilocybin stems from studying indigenous use. A banker and amateur mushroom researcher named R. Gordon Wasson was studying mushrooms in Oaxaca in 1955 when he participated in a ceremony held by a religious member of the indigenous Mazatec people. He wrote a story for Life about the experience titled “Seeking the Magic Mushroom.” 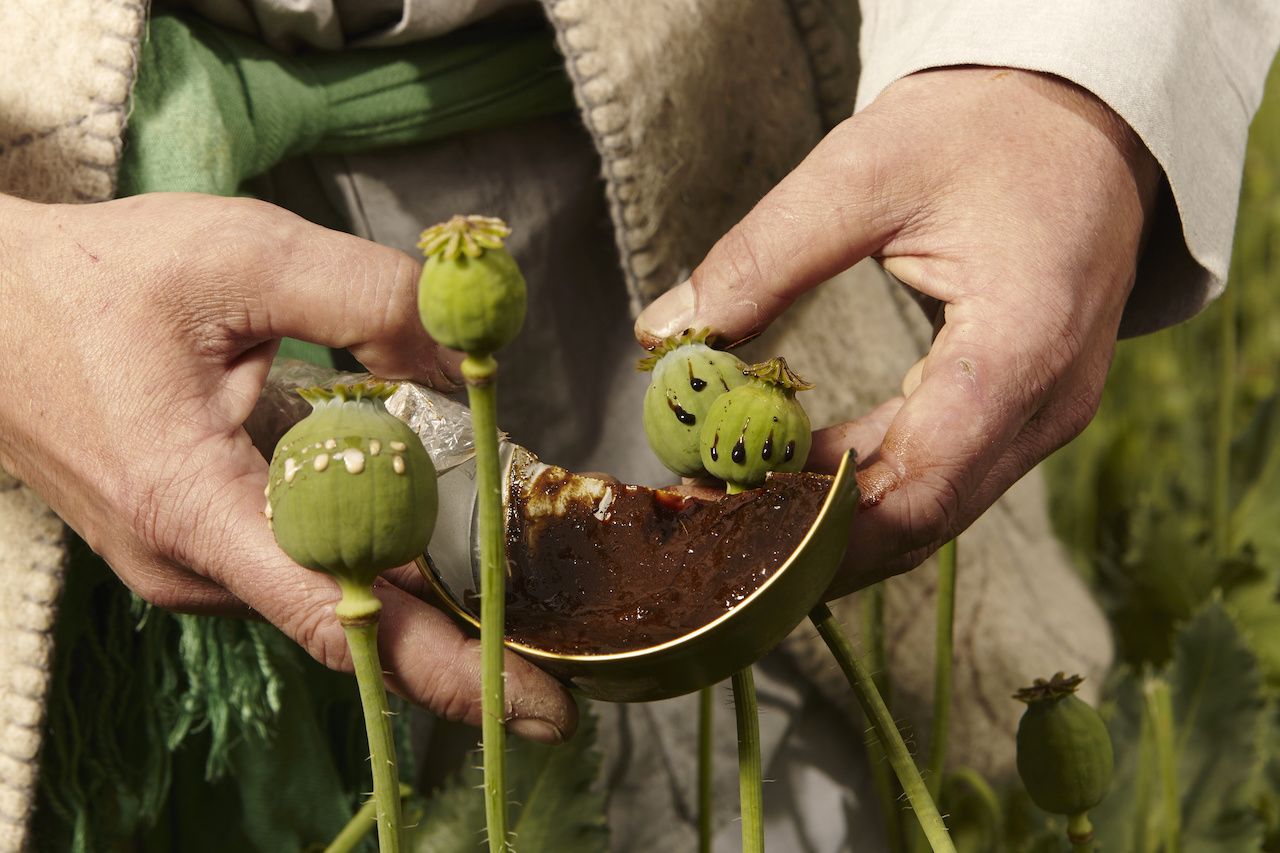 Opium is derived from the opium poppy (Papaver somniferum). The narcotic comes from cutting the poppy bulb underneath the flower to let a milky white sap drip out. The sap is harvested and dried to form opium. While all poppies have some amount of opium-producing sap, it’s most concentrated in Papaver somniferum.

The first known human use of opium dates back to the Sumerians (who called it hul gil, which means “joy plant”) around 3,400 BC. Knowledge of the plant’s capabilities spread to ancient Egypt, Greece, and Rome. Egyptians under the rule of King Tutankhamen were fans around 1,333 BC, and Homer mentions opium as a medicine in the Odyssey. He was far from the only ancient Greek who believed so. Greeks and Romans used opium to relieve pain, fix insomnia, and aid digestion, among other things. The ancient Greeks even depicted the gods Hypnos, Nyx, Thanatos, and Demeter (sleep, night, death, and harvest, respectively) with poppies on them.

Later, opium use spread to Asia, likely along the Silk Road around the seventh century. The dry high desert proved to be fertile ground for growing poppies. By the 1700s, opium was used for a darker reason. A ban in China led to the Opium Wars as the Chinese tried to curb addiction, and the British and French fought to keep the profitable opium trade active. The two wars (one from 1839 to 1842 and one from 1856 to 1860) led to the Chinese ceding Hong Kong to the British.

Today, opium is far more refined than it was when ancient civilizations were using it. Modern opium derivatives include heroin, OxyContin, and morphine. All derivatives but heroin, which is a Schedule I drug, are classified as a Schedule II drug in the US, meaning it has medicinal uses with high potential for abuse. 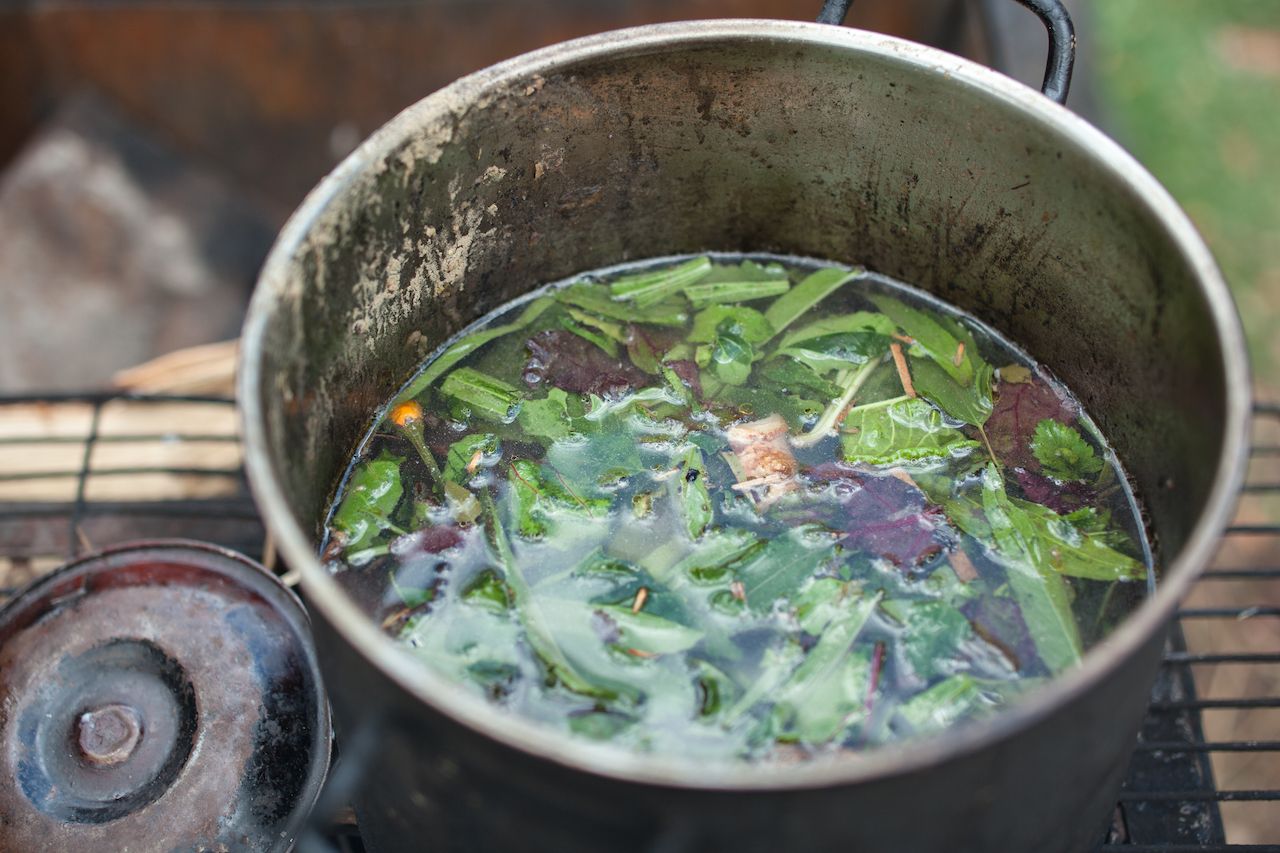 Ayahuasca is used by many indigenous tribes across the Amazon. It is a brew made by combining two plants native to the area: the ayahuasca vine and the chacruna leaf. This leaf contains dimethyltryptamine (DMT), one of the most powerful psychedelics in the world, while the vine is a monoamine oxidase inhibitor (MAOI), which allows the DMT to cross the blood-brain barrier. There is evidence that suggests ayahuasca may have been prepared as far back as 1,000 years ago. It’s unknown exactly when or how it was discovered that these two plants together become a powerful hallucinogen, but it only works when consumed in tandem.

Traditionally, only shamans would drink ayahuasca. The brew induces strong visions, and it’s been believed for generations that ayahuasca can heal both the physical and mental diseases of others, as well as other issues in their community. Ayahuasca is a strong hallucinogen, inducing vivid visions and what appears to be insights into the past and future. It also induces violent vomiting and diarrhea during the four-plus-hour experience.

Today, ayahuasca is highly sought after by people from Western countries where the drug is strictly banned. Thousands of tourists flock to the Amazon in Peru each year to try it themselves. 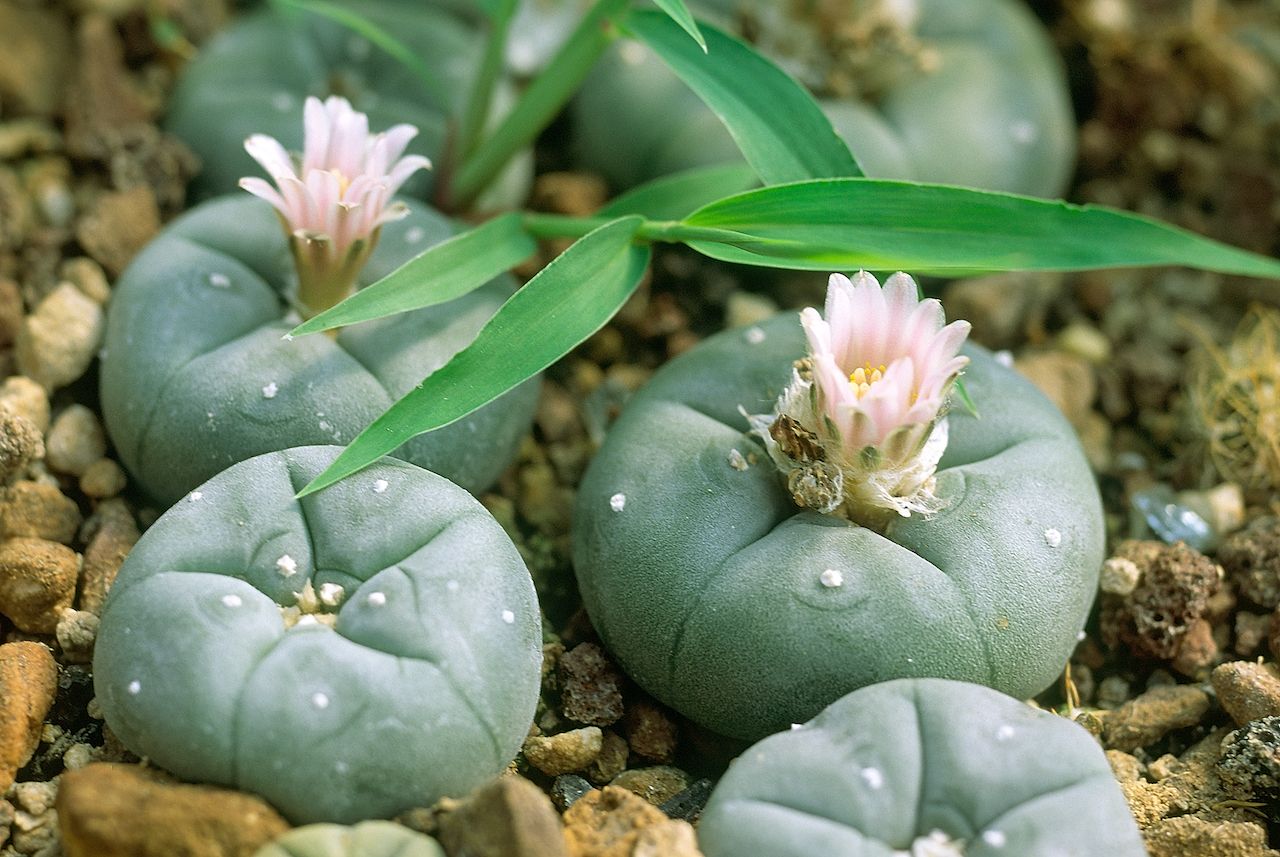 Peyote is a small, spineless cactus that grows in central Mexico and the southern part of the United States. Growths on the cactus are plucked off and harvested for mescaline, the active hallucinogenic component of the plant. Aztecs and other indigenous peoples ate peyote fresh or dried to incite visions and communicate with their ancestors and gods.

Consumed in this way, the mescaline in peyote increases blood pressure and heart rate while suppressing appetite. It can cause hot flashes and chills, as well as nausea and vomiting. On the psychological side, euphoria and heightened senses are common. Synesthesia (seeing music or hearing colors) and realistic hallucinations are also reported.

Today, peyote is a Schedule I drug in the US, though there are exceptions for religious ceremonies at the official Native American Church.

San Pedro is another cactus that contains mescaline. It grows in the Andes Mountains of South America and is mainly used by indigenous groups of Peru and Ecuador. Stone carvings, textiles, and other artifacts from thousands of years ago have been discovered depicting shamans and the tall cactus. Traditionally, a drink is made by slicing and boiling the cactus. Ingesting it sends one on a psychedelic journey. It continues to be used by tribes today as a means of diagnosing and healing diseases. 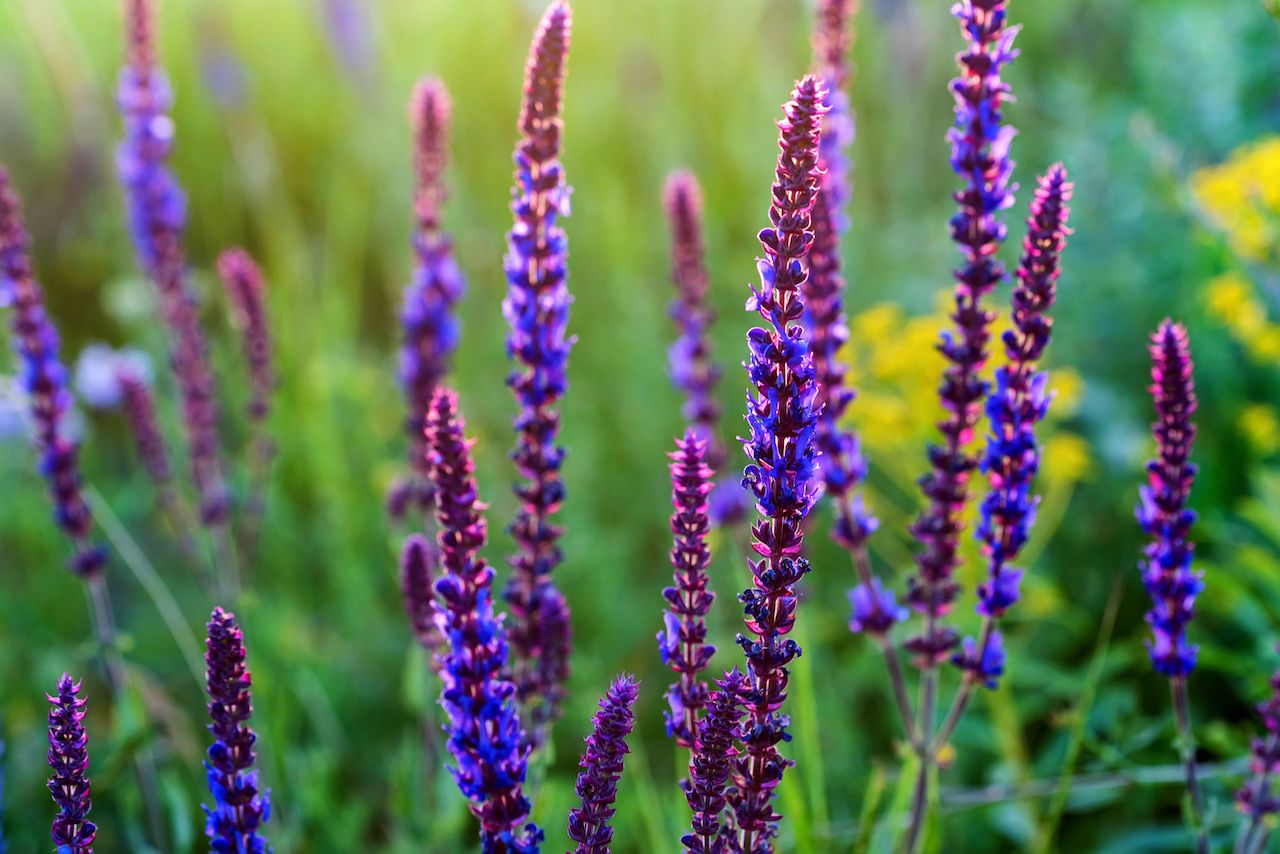 Salvia divinorum (commonly referred to as just “salvia”) is a plant native to Oaxaca, Mexico. It’s in the Lamiaceae plant family, which is the same as mint. It contains salvinorin A, a psychoactive chemical. Originally, the Mazatec Indians used the plant in religious ceremonies to induce visions. They would call on it to heal and to connect with the divine. Traditionally, a tea is brewed from the leaves, or the leaves are chewed and sucked on. It causes laughter, euphoria, and dream-like hallucinations that distort time and place for up to an hour.

Along with the plant’s religious significance, it’s used to treat diarrhea, headaches, anemia, and stomachaches. Little is known about the full history of salvia use, and it only reached mainstream awareness in the US after it was brought up by R. Gordon Wasson, the same man responsible for bringing mushrooms from Central America into the US.

Tabernanthe iboga (“iboga” for short) is a rainforest green shrub native to west-central Africa. Ibogaine is the psychoactive chemical found within the bark of the root of this plant, which can have very strong psychedelic effects. Tribes from this region, most notably the Bwiti people of Gabon, have used iboga for centuries in spiritual practice. It continues to be used today in coming-of-age ceremonies. It is also used for healing and to communicate with ancestors and religious figures. Ibogaine has become very well known today for its success rate in treating opiate addiction, although the medical complications associated with the substance make the practice controversial. 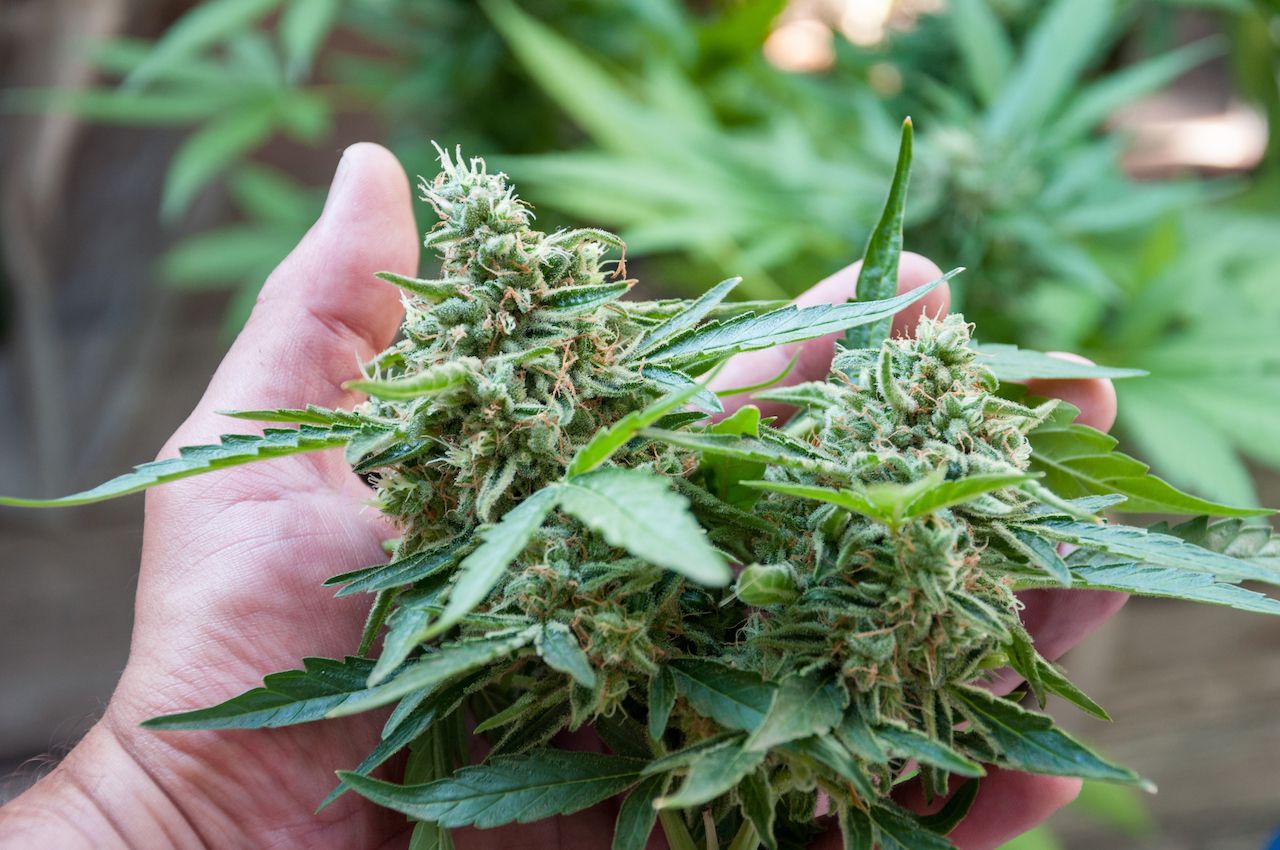 Cannabis was used by a number of ancient civilizations around the world. In this context, we’re going to focus on cannabis that naturally contains the psychoactive ingredient tetrahydrocannabinol (THC) rather than hemp, the non-THC containing cannabis plant used for textiles.

Written references to cannabis date back to the sacred Indian texts known as the Vedas, which were written between 1,500 BC and 1,000 BC. Cannabis was one of the five sacred plants mentioned for its ability to bring joy and relieve anxiety. In other Hindu texts, the god Shiva is associated with bhang, a cannabis-infused drink still regularly consumed today in parts of western India.

The earliest physical evidence of smoking cannabis for psychoactive use dates back to a tomb in western China from around 500 BC. Communities on the Tibetan Plateau long grew low-THC cannabis for fiber. In the tomb, however, researchers found that higher THC (though still low by today’s standards) was burned in wooden braziers by the Jirzankal people of western China’s Pamir Mountains.

In the Middle East, there are written records from around 425 BC by the Ancient Greek historian Herodotus that describe Central Asian nomads called Scythians who consumed recreational cannabis. Use in the Middle East took off, however, around 800 AD with the rise of Islam. The Koran expressly forbids alcohol but says nothing of cannabis. It was traditionally eaten recreationally and called hashish (Arabic for “grass”). Cannabis flourished for hundreds of years and traveled with Islam across northern Africa and southern Spain before use slowed down in the 1800s.

LifestyleEverything You Need To Know About Doing Magic Mushrooms
Tagged
Lifestyle Religion Wellness
What did you think of this story?
Meh
Good
Awesome