Up until just a few years ago, scientists thought that the human species — Homo sapiens — split off from our hominid ancestors in Ethiopia about 195,000 years ago. We had the notion that some adventurous individuals left the continent 100,000 years later, seeking greener pastures, quite literally, as the region was in a severe drought and resources became scarce. But exciting new evidence is pushing both those dates back way earlier. In huge news for those passionate about evolution, it looks like H. sapiens evolved 300,000 years ago in another part of Africa altogether. Plus, it appears we might have left for Europe much sooner than we ever knew. Here are some places that you can go to learn more about these latest discoveries, as well as the classic finds that have informed our understanding of human evolution. 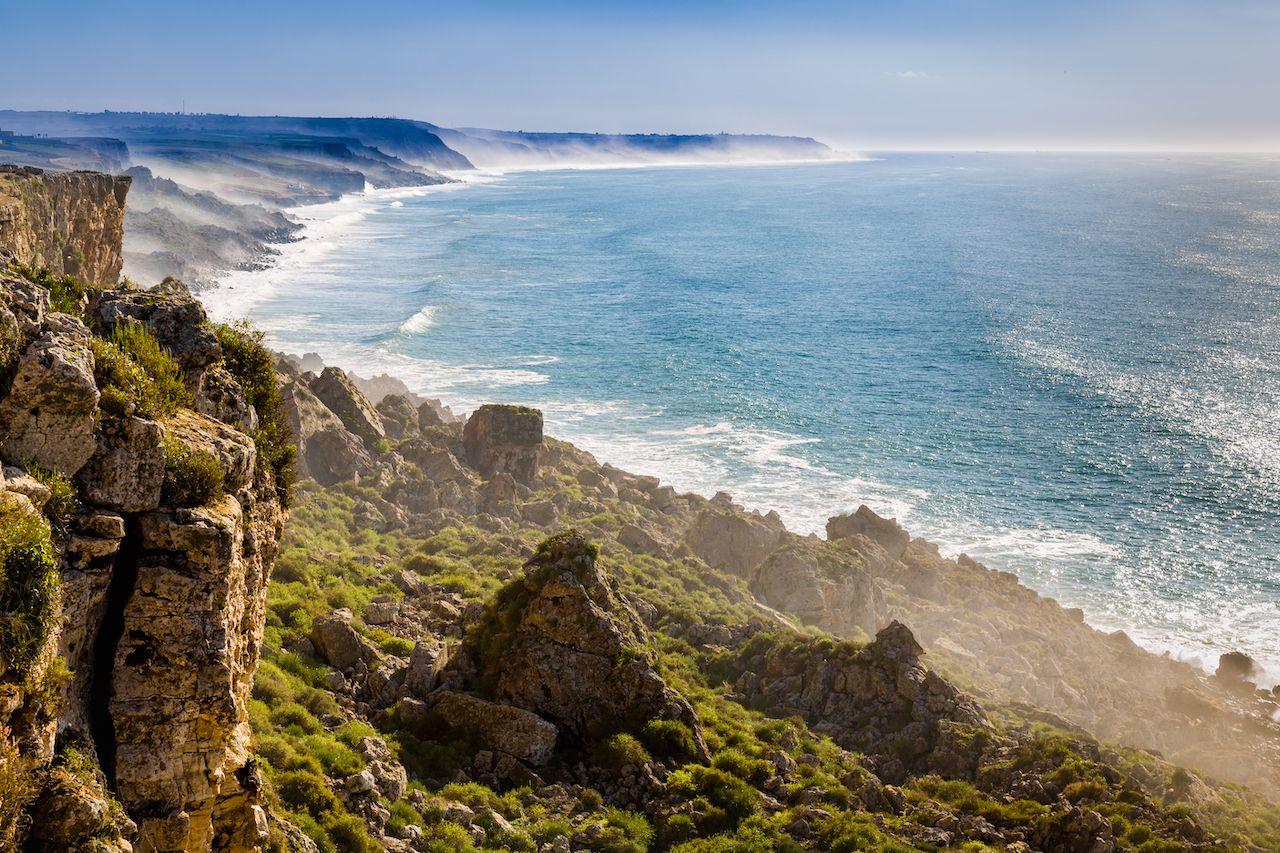 In 2017, scientists from the Max Planck Institute for Evolutionary Anthropology published articles that truly blew what we knew about human evolution away. They had discovered and analyzed H. sapiens’ skull, bones, teeth, and 300,000-year-old flint blades — in Morocco. Not only do these predate the oldest evidence for humans that we’d ever found by about 100,000 years, but they’re about 3,500 miles from where we’d found them (Omo Kibish in Ethiopia). The site where these earliest remains were found is called Jebel Irhoud, which the Moroccan government declared a site of historical heritage in 2018. For a time, the most complete skull was on display at Rabat Archaeological Museum but the museum appears to be permanently closed. The closest you can now get to the site is by taking a trip to the city of Safi, south of Marrakesh, known for its pottery, seafood, and medina. Go alone, or join a tour group from Marrakesh. You can assume that the people who may well be our very oldest species-mates enjoyed the same sea views. 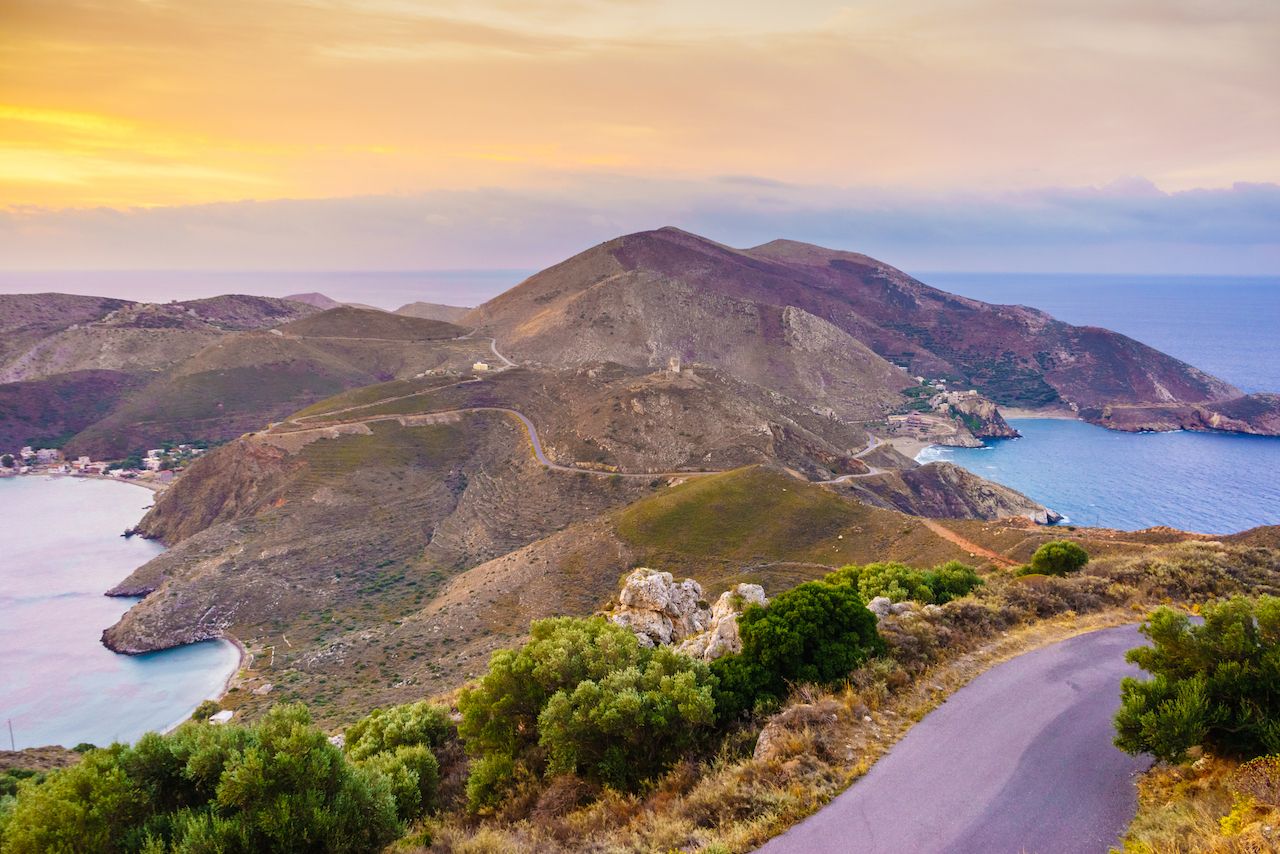 Scientists recently announced what might be the oldest pieces of a human skull found outside of Africa. If they prove correct, this would indicate a surprisingly ancient journey off the continent and an entirely new lineage of H. sapiens relatives. Found in Apidima Cave on Greece’s southern Mani peninsula, the skull fragments are 210,000 years old, adding some 110,000 years to the story of our exodus from Africa. Scientists still have to extract DNA from the skull to ensure that it is indeed human, but if it is, we’ll be amending our entire migratory history. Casts of the skulls and other important finds from the region are displayed at the Museum of Anthropology of the Medical School of the National and Kapodistrian University of Athens. 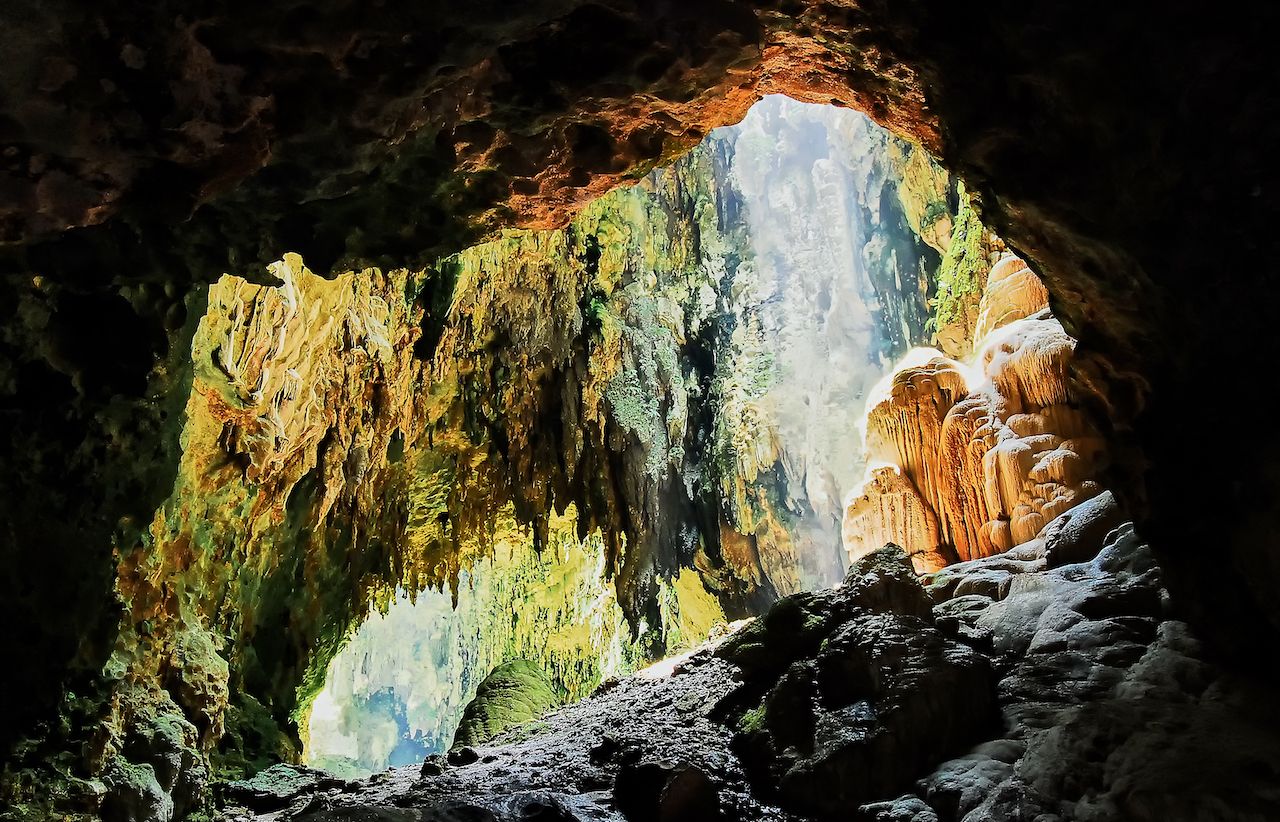 As with most species, the history of human evolution is like a tree with many twisting branches, not a smooth single trunk. Some of those branches are stubby, representing species that went extinct earlier than others but are still related to the longer, still-growing limbs. It’s really cool when we find one of these fazed-out relatives, like Homo luzonensis, a three-foot-tall ancestor we hadn’t known about before the year 2000. They seem to be exclusively bound to the Philippine island of Luzon, and our evidence comes from the seven-chambered Callao Cave. You can visit the cave easily on your own as it’s one of the most popular tourist attractions in the whole region. If you prefer to take a tour, there are many from which to choose. Scientists are still examining the fossils so they are unavailable for public perusal, but you can still get that magic feeling from imagining what happened there so many years ago. 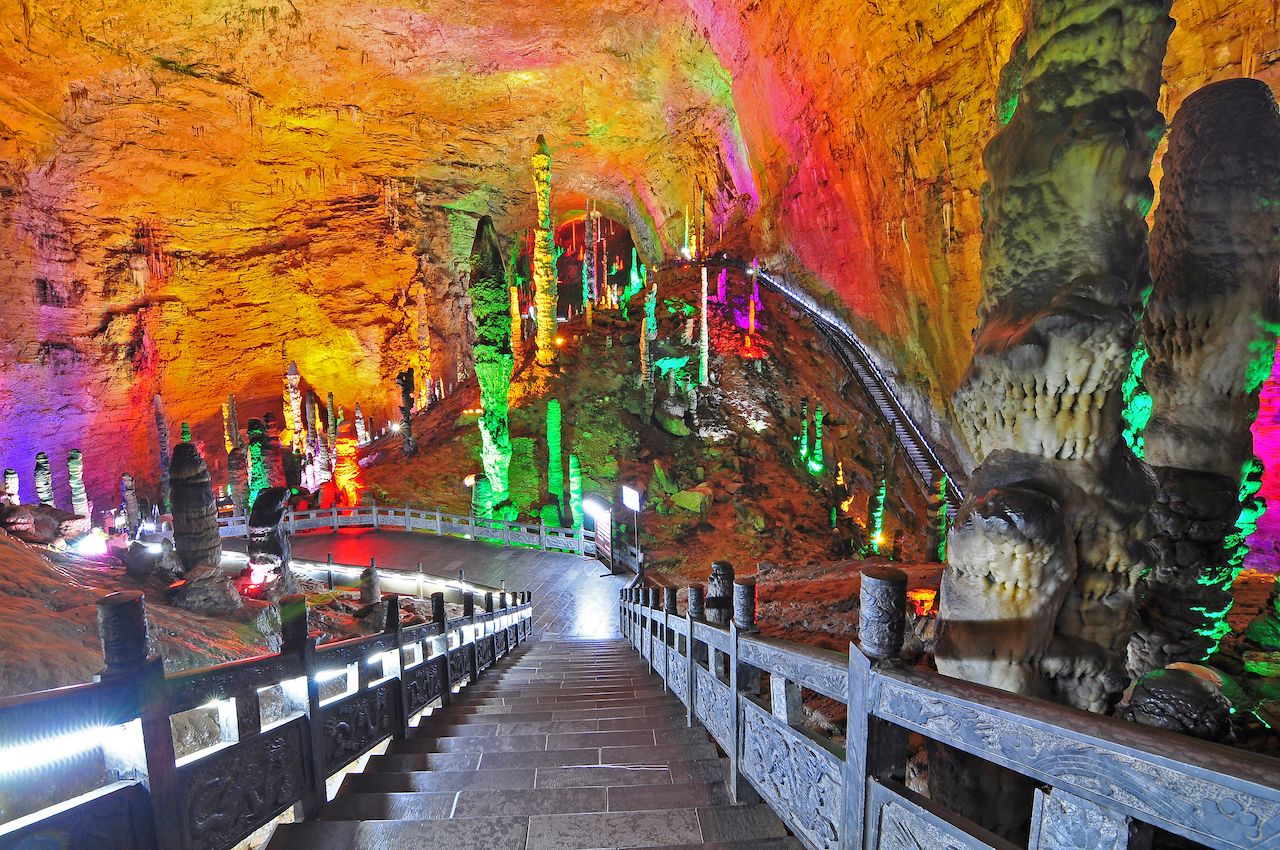 Before archaeologists started to wonder whether the Apidima Cave skull fragments were human, the oldest-known H. sapiens finds outside of Africa were in China. Specifically, the 47 human teeth found at Fuyan Cave in Daoxian County in China’s Hunan Province, which could be up to 120,000 years old — but they’re definitely at least 80,000 years old. Archaeologists know their age because they dated nearby stalagmites that were younger than the teeth. The teeth were found alongside the bones of creatures like hyenas and extinct giant pandas but weren’t associated with any stone tools. That means the animals probably dragged the humans to the cave where their teeth eventually fossilized rather than serving as prey. Fuyan Cave is quite remote and the teeth are being analyzed in a lab, but the mountainous Hunan Province has many rugged caves you can visit to see what these ancient ancestors’ backdrops might have been like so long ago. Yellow Dragon Cave is a travelers’ favorite, reachable from Zhangjiajie Central Bus Station. 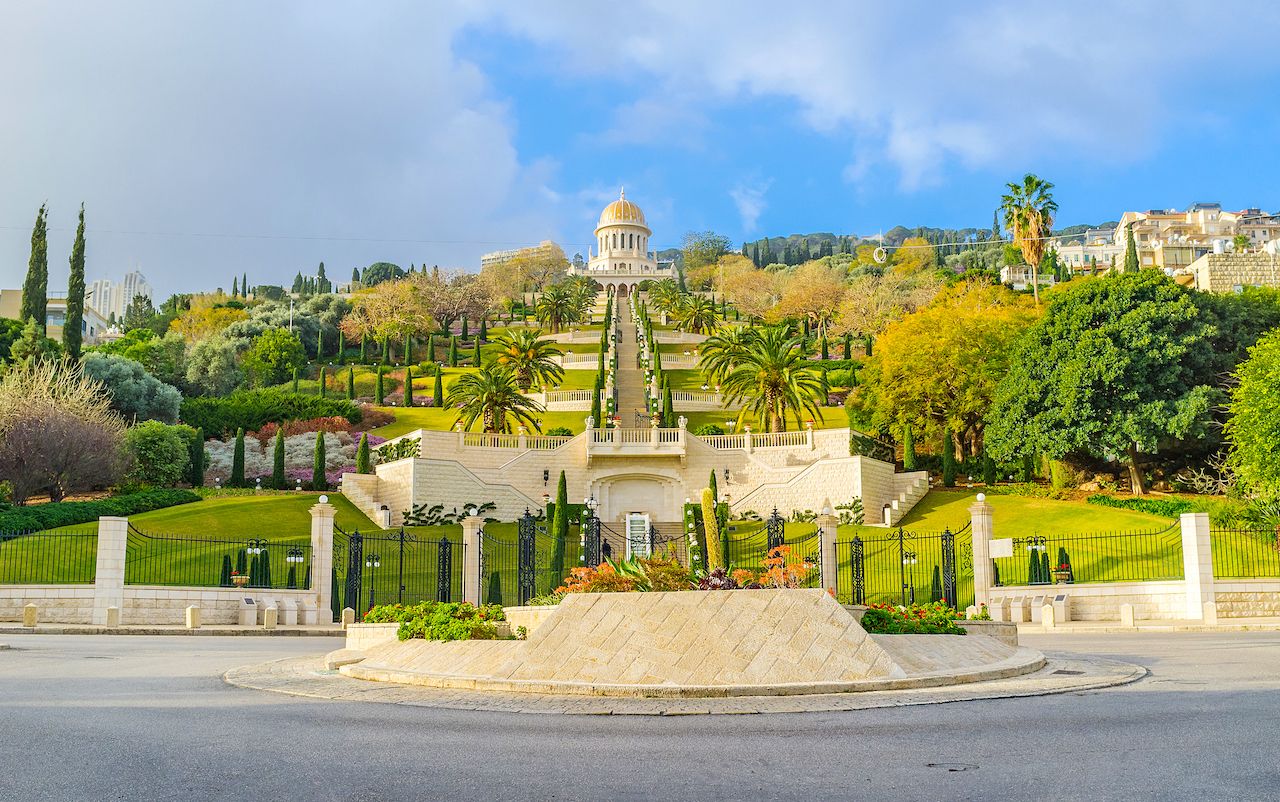 Israel was one of the first regions that we know H. sapiens settled when we began exploring places outside of Africa. The Skhul and Qafzeh cave remains include anatomically modern humans (not quite behaviorally “us,” but physiologically identical) and evidence for fire and ritual behavior. At these sites, H. sapiens lived alongside Neanderthals for many generations and likely interbred. The Skhul and Qafzeh caves are part of a larger series of UNESCO World Heritage Sites of Human Evolution at Mount Carmel near the city of Haifa. To see the caves, locally known as Wadi el-Mughara Caves, head to the Nahal Me’arot Nature Reserve. There is an interpretive visitor’s center and archaeological, geological, and botanical trails that you can tour at your own pace. Some paths are wheelchair accessible. Adult admission to the reserve is about $8; hours vary but the park is open every day of the week. 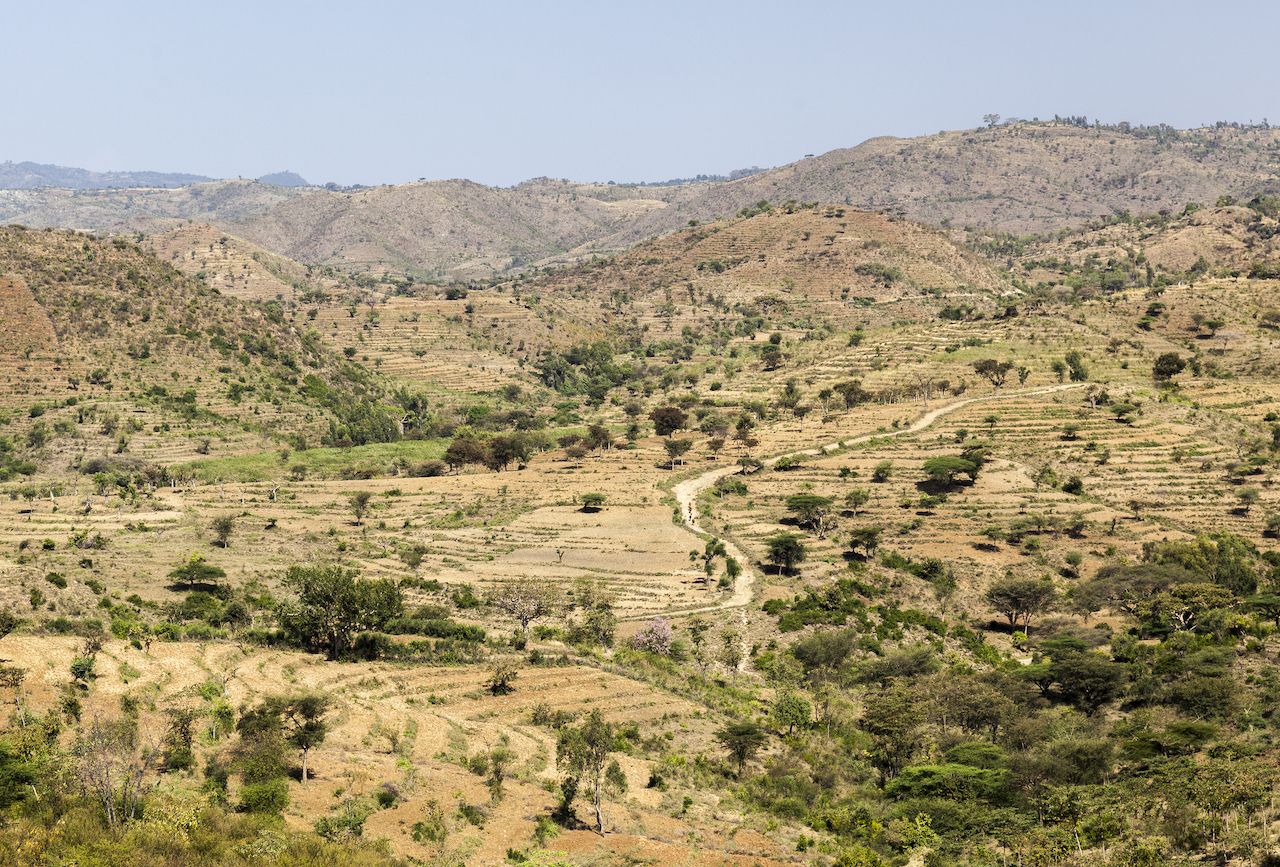 What Jacques Cousteau is to exploring the ocean and what Jane Goodall is to understanding chimpanzee behavior, the Leakey family is to unraveling the mysteries of human evolution. The multiple generations of archaeologists have discovered more hominid bones in Africa than all other researchers combined. Every once in a while, usually in January, they or their affiliates will take the general public to their Ethiopia-based sites. But these once-in-a-lifetime trips fill up well in advance, and there are other ways to visit the fossil-rich sites of H. sapiens evolution. Omo Kibish is the site of what used to be the oldest-known evidence for our species (found by Richard Leakey, of course). The fossil outcrop is a UNESCO World Heritage site, protected in Omo National Park. While one of Ethiopia’s largest national parks, it’s challenging to visit and guides are recommended. Note that the fossils are legally protected and cannot be removed. 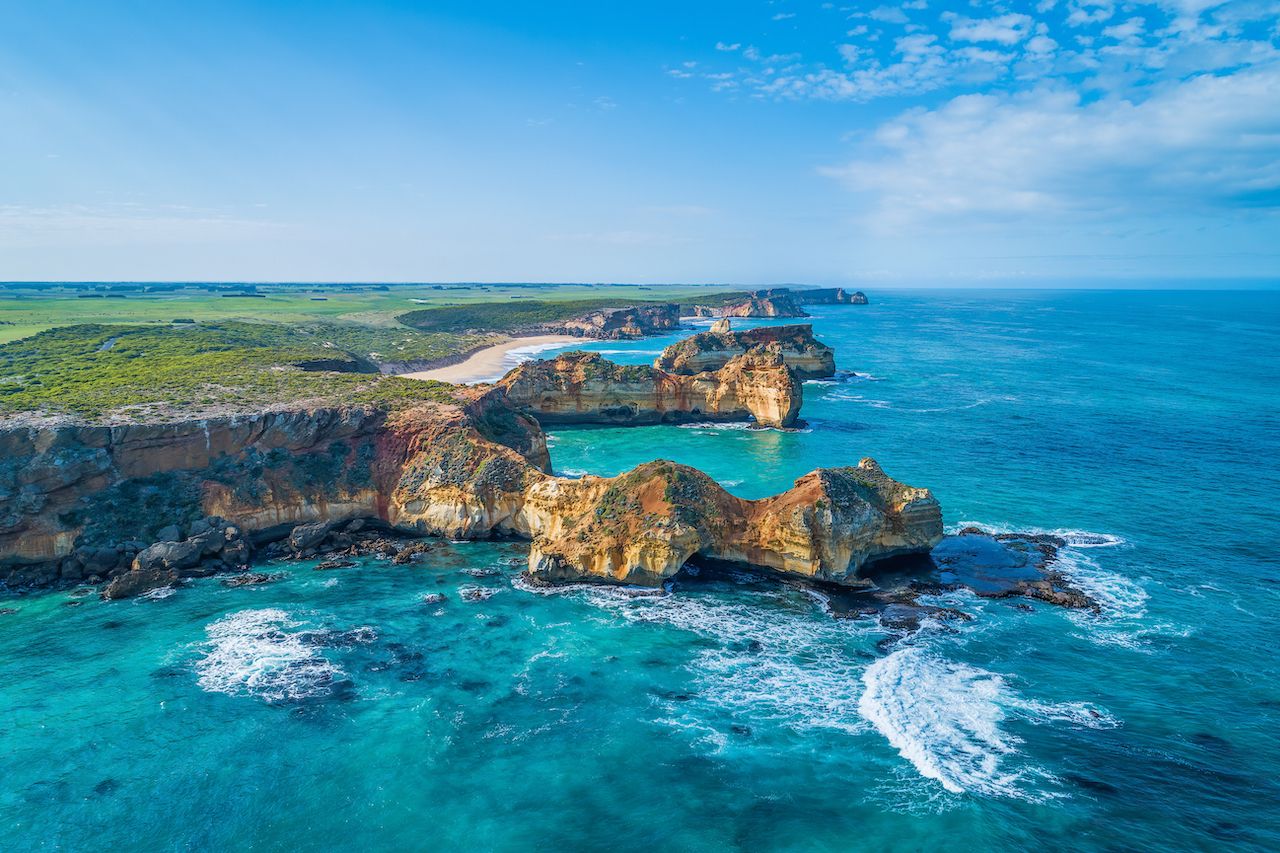 One of the most controversial and exciting new finds is located just 10 minutes from the main street of Point Ritchie in Warrnambool, Victoria. If the Moyjil site is indeed affiliated with H. sapiens, it means that our species was on Australia more than 60,000 earlier than scientists previously thought. Some archaeologists say they have evidence for fires intentionally set by humans. They also say they found crustacean shells that were discarded by people. (Other scientists say they were strewn by seabirds, but the way the shells were opened is indeed mysterious.) We may never know because the excavation of this landscape would be disrespectful since it’s on Indigenous people’s land. Even still, the Moyjil site represents one of the biggest modern mysteries of human evolution. The Victorian Aboriginal Corporation for Languages offers educational tours of the region, including iconic Tower Hill. From there you might see the geological layers where the archaeologists claim their contentious evidence. 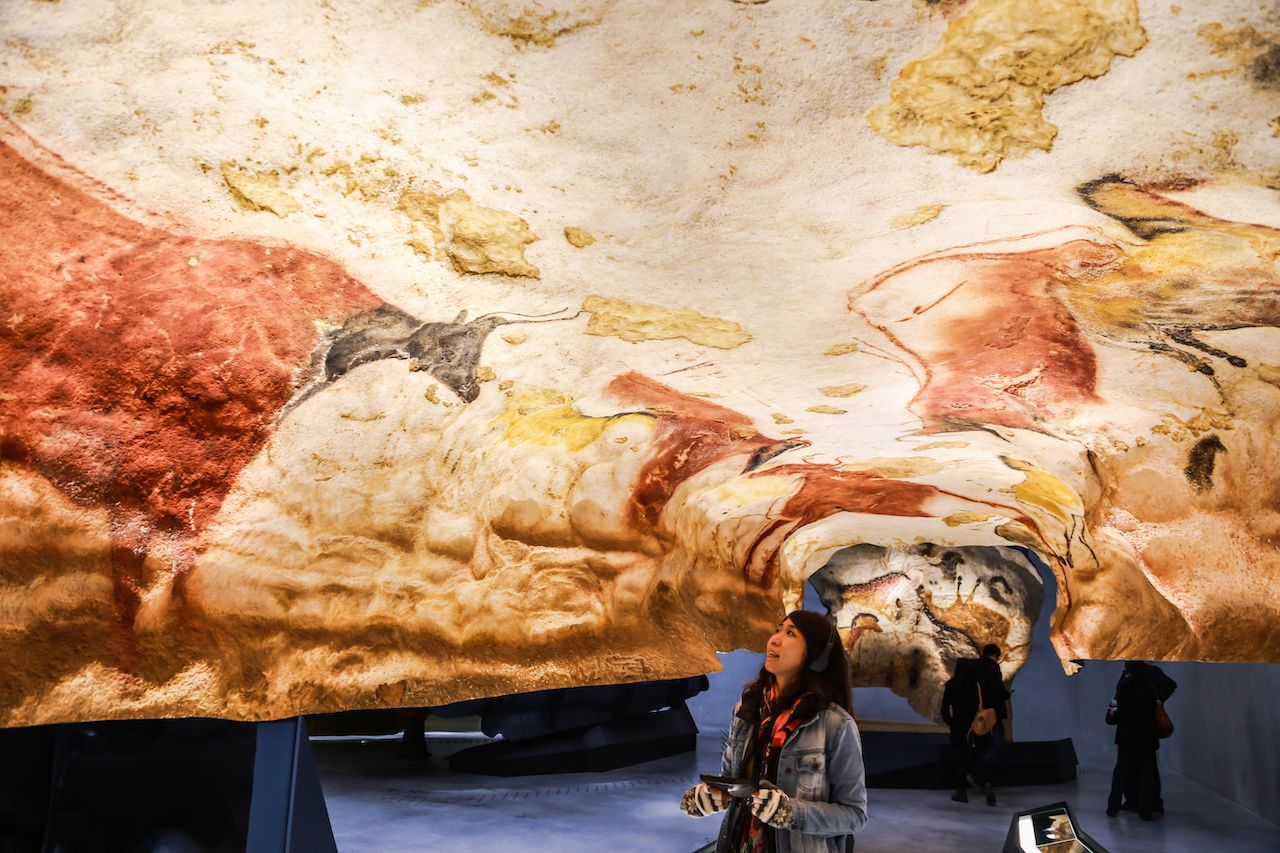 The Cro-Magnon cave in the Vézère Valley in France’s Dordogne region has yielded several of the most famous skeletal examples of our species, the eponymous Cro-Magnon Man. These were also some of the earliest H. sapiens ever found, in 1868. The most well-known of the cave finds is a nearly complete skull called Cro-Magnon 1; and while he’s only about 30,000 years old, he has served as a benchmark of what the earliest Europeans looked like. The nearby village of Les Eyzies’ Musée National de Préhistoire focuses on the Cro-Magnon and nearby Neanderthal finds. The Dordogne region is rich with rock shelters like the ones where Cro-Magnon 1 was found, and many of the shelters have incredible rock art as well. You can tour the shelters, but admission is limited to help preserve the paintings.