We’re used to hearing about global warming’s impact on glaciers and sea ice, but it can be easy to forget that this also means the destruction of an entire habitat for a myriad of Arctic wildlife. A polar bear living in the Arctic ecosystem views a melting glacier not with the eyes of a sightseer but the desperation of a creature watching its home drift away. From the decimation of muskox food sources to gradually disappearing snow shelters for lemmings, global warming is one of the biggest threats to northerly-dwelling wildlife. These are the Arctic animals most endangered by climate change. 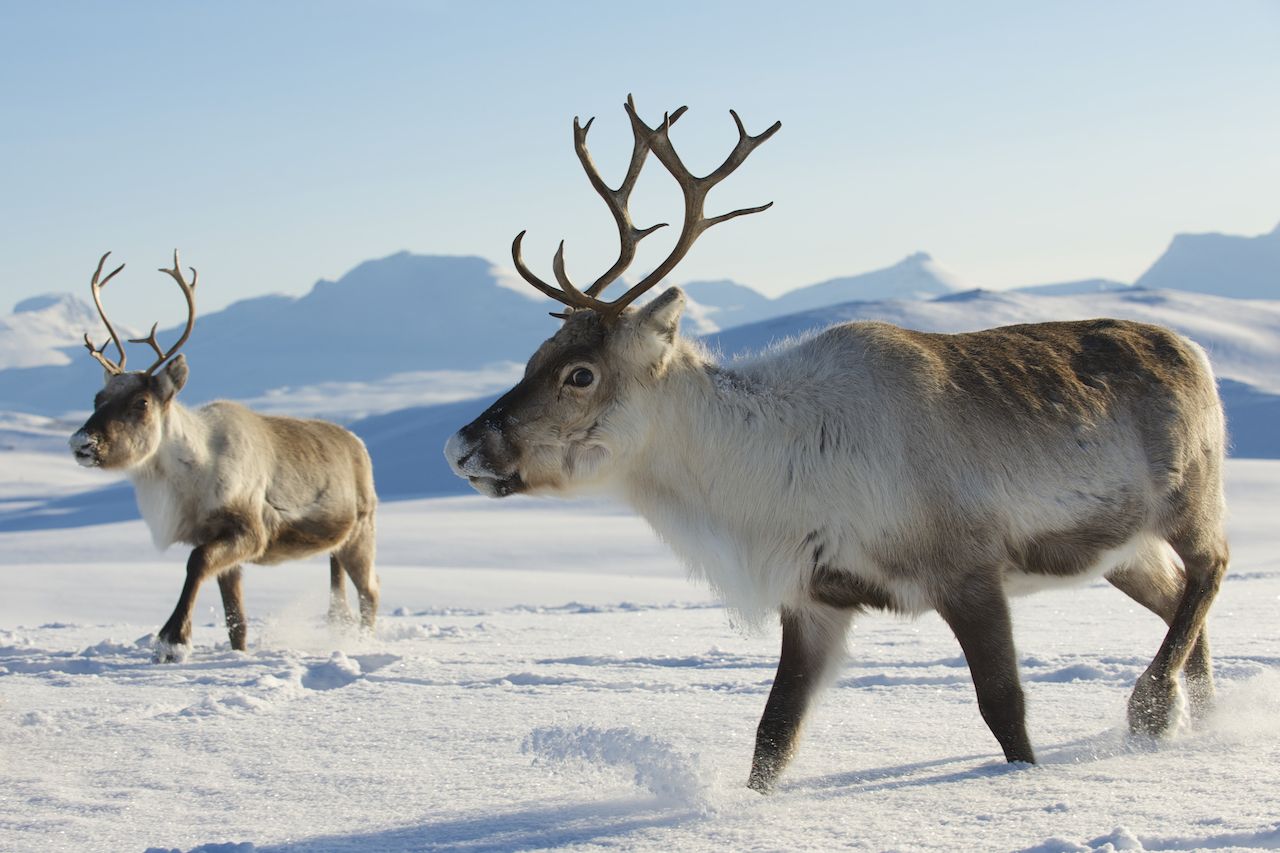 Over the past 20 years, the Arctic reindeer population has fallen by more than 50 percent. It’s not due to predators or manmade encroachment, which plague so many other animals in warmer, more populated climates, but a result of melting ice making it difficult to find food. Once-frozen rivers are now melting due to rising temperatures, meaning herds of reindeer must swim across to reach lichen to eat, and many calves drown in the process. Increased rainfall also leads to plants icing over — rather than just being covered with snow — making them more difficult to access. There are currently around 2.8 million caribou and reindeer in the world, which is down dramatically from 5.6 million in the 1990s. 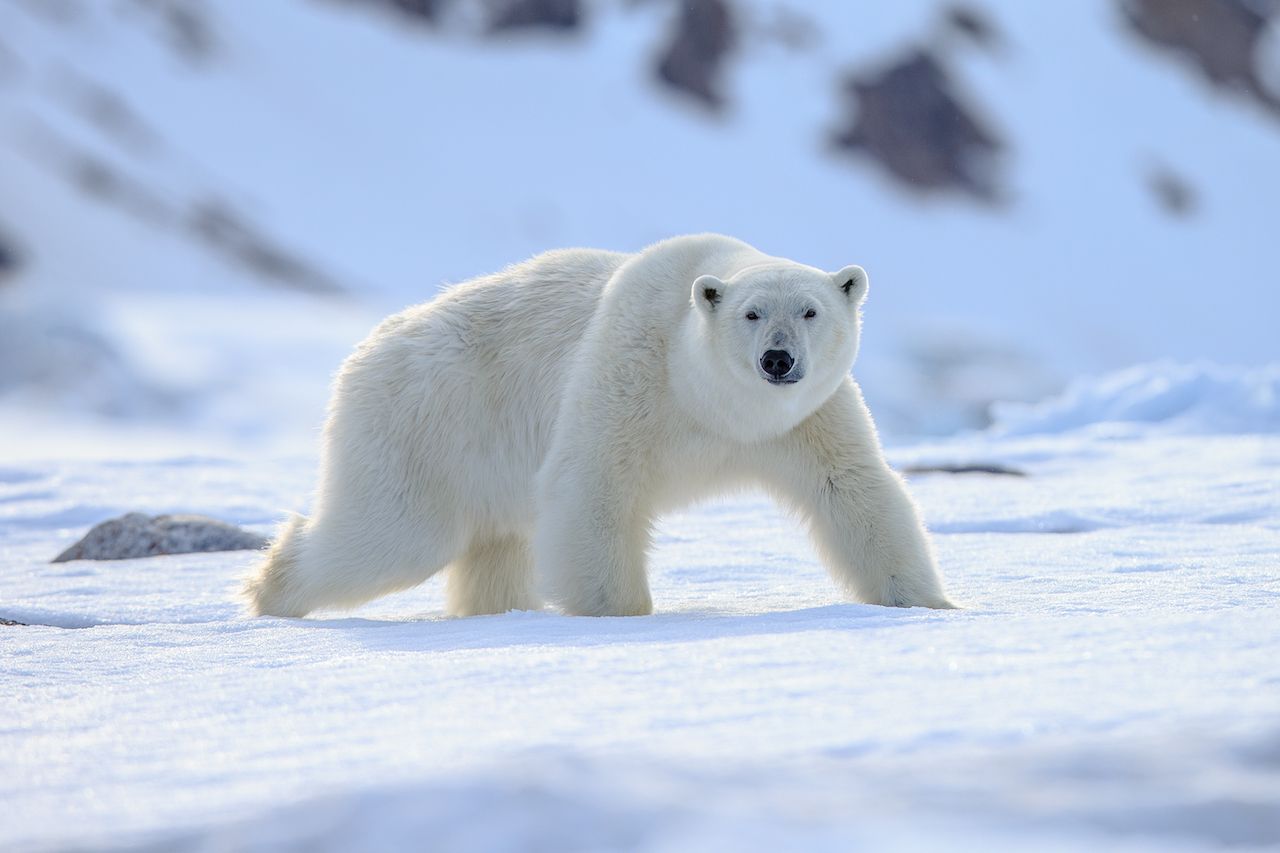 Although considered an apex predator, polar bears could be extinct sooner than many of their weaker neighbors if global warming continues at its current pace. Polar bears depend on sea ice for hunting seals and finding mates. When the ice melts, polar bears are forced to spend more time on land, limiting their access to food and their chances of survival. Ring seals are an important food source for polar bears, and they rely on sea ice to catch them. Once that ice disappears it becomes tougher to stalk their prey. Spending more time on land also increases polar bears’ chances of coming into contact with humans, which can potentially put the bears in danger. According to a 2019 report by the International Union for the Conservation of Nature, of the world’s 19 polar bear subpopulations, four of them are now experiencing decline, signaling their imminent danger. 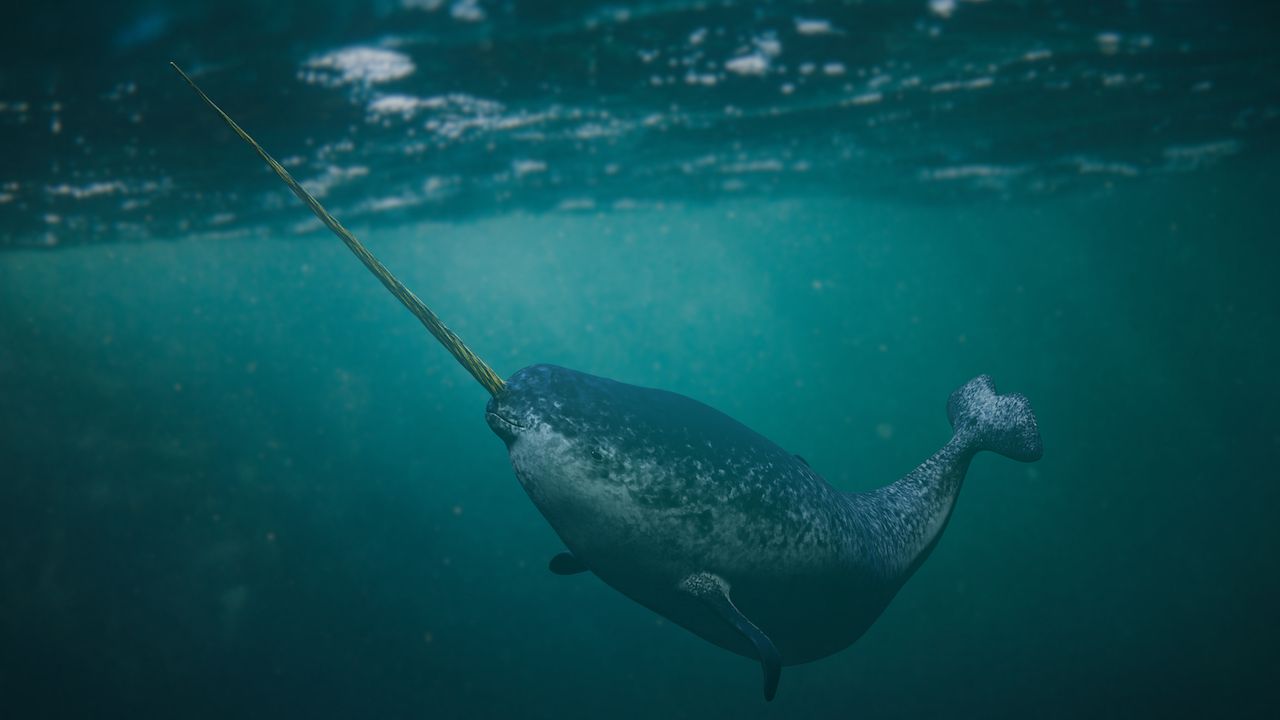 That giant horn might make narwhals look like they can resiliently hold their own, but unfortunately for them, they’re one of the few whale species native to the Arctic waters of Canada, Greenland, Norway, and Russia. That means they’re more uniquely susceptible than their hornless brethren to the effects of global warming. Narwhals are used to living among thick sea ice. Since sea ice is melting earlier in the season now, orcas can access narwhal habitats and prey upon them. The melting sea ice has also led to an increase in industrial activity, like shipping, which can cause hearing loss in narwhals. This disrupts their ability to communicate with one another and locate food like fish, squid, and shrimp. 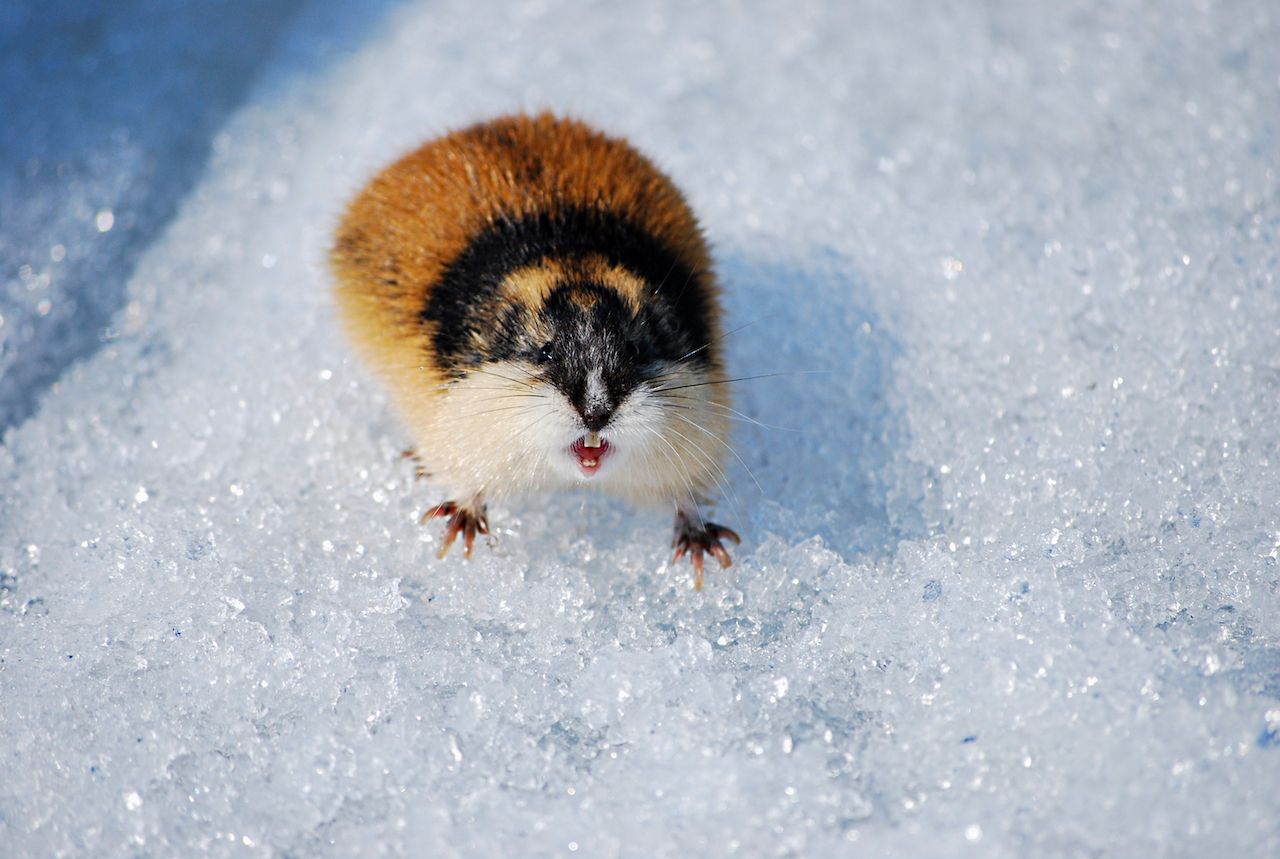 No, these aren’t the ill-fated computer characters from 1991. If nothing is done about rising temperatures, though, the species might find itself similarly approaching the edge of a cliff. These Arctic-dwelling rodents live in burrows under the insulating snow, where they breed and shelter from the elements. As snowfall patterns change, however, and snow arrives later in autumn and melts earlier in spring, lemmings are left exposed to predators like foxes and owls. Since lemmings are a main source of food for many Arctic creatures, the effects of a declining lemming population would ripple throughout the entire ecosystem. Increased rainfall leading to harder, icier, and more compact snow can also make it hard for lemmings to dig out their snow holes in the first place. 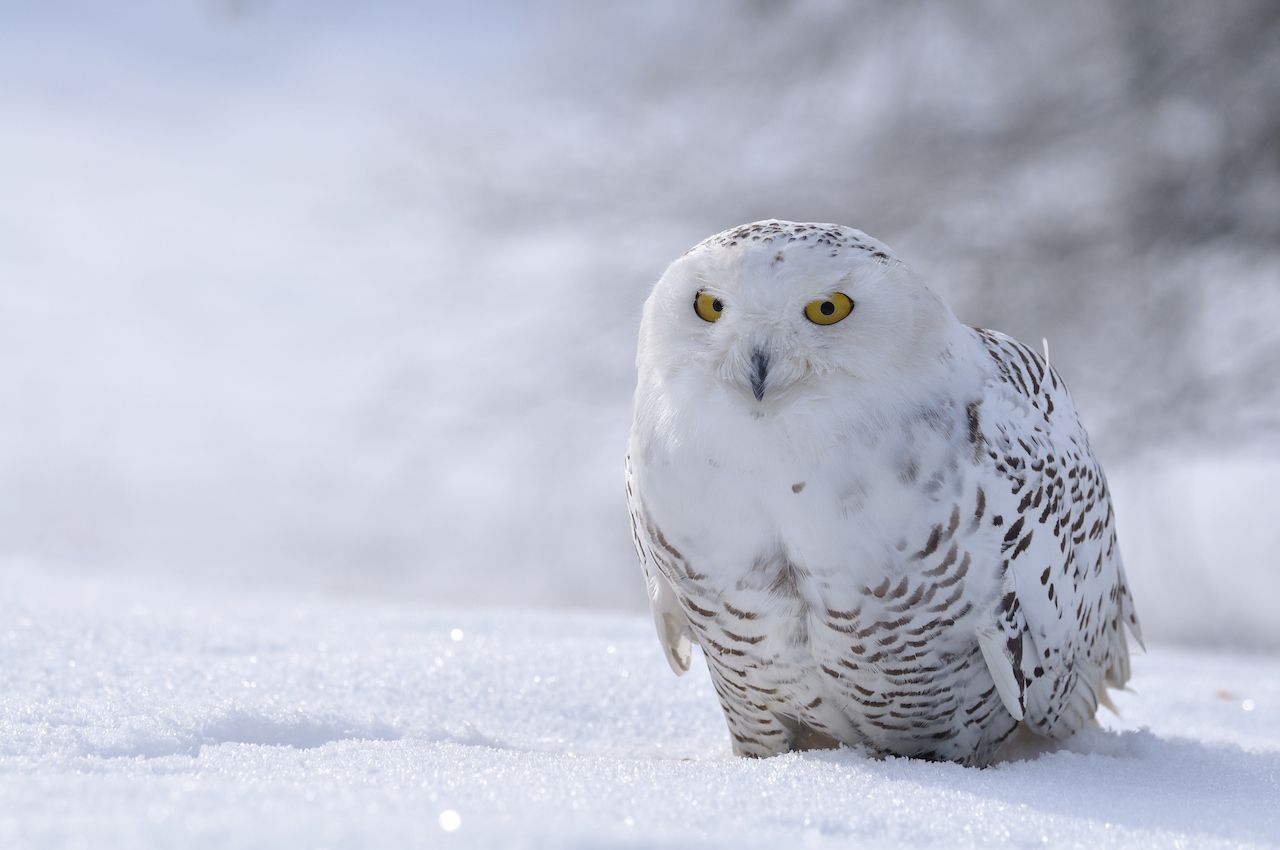 Although snowy owls are found across several areas in the northern US, Canada, Asia, and Europe, they primarily live in the Arctic regions around the North Pole. They hunt seabirds that gather around small holes in the ice, but due to warmer waters the ice is more widely dispersed than ever, making those seabirds harder to locate and prey on. Snowy owls also feed on lemmings, which are similarly vulnerable thanks to global warming. 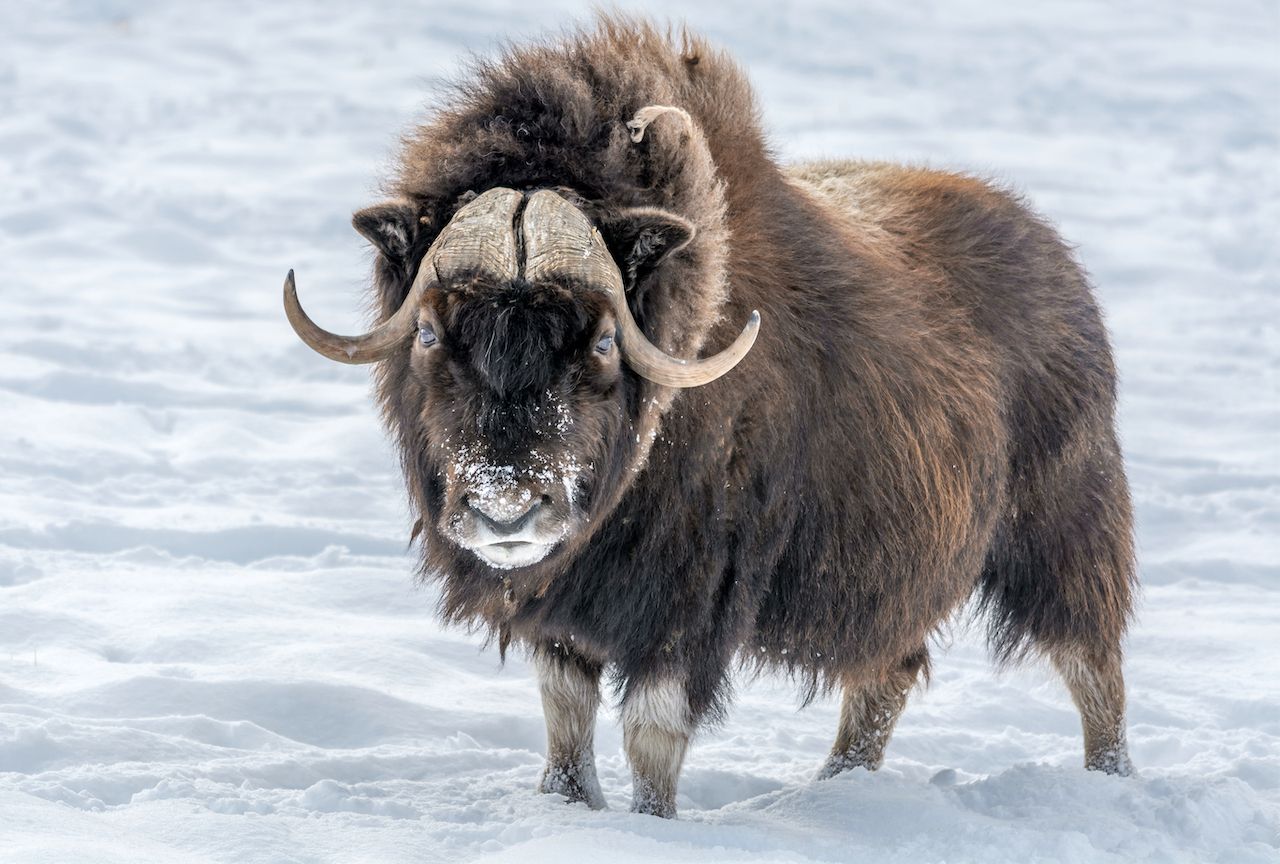 Currently found wandering the tundras of northern Canada, Greenland, Alaska, and Russia, muskoxen have evolved to survive in frigid temperatures, sporting a shaggy coat of thick fur. Evolution couldn’t, however, prepare them for the difficulty of finding food caused by global warming. Warmer temperatures are leading to more rain, which results in a hard layer of ice freezing on the moss and lichen eaten by muskoxen. The thickness of the ice makes the plants inaccessible. More rain also means calves without fully developed fur coats are getting too cold and freezing to death. 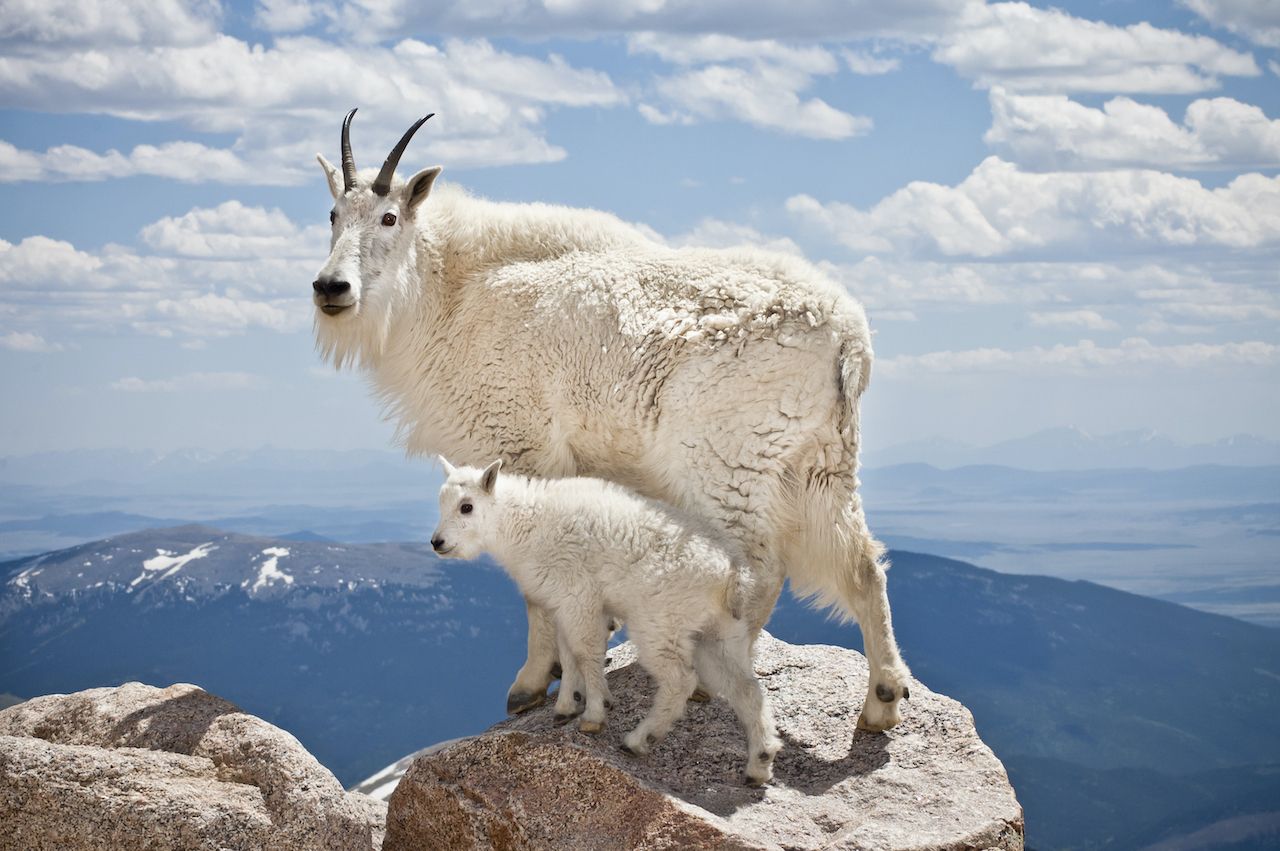 Although mountain goats don’t typically range above subarctic regions, they’ve evolved as a cold-weather species. They have thick two-layered coats up to four inches thick in the winter, and in spring, they shed those coats to cool off. Now that temperatures are rising, and snowfall is coming later and disappearing earlier, mountain goats are experiencing heat stress. If they don’t shed their coats early enough in the spring, or take shelter in shady places, they could actually die due to overheating.

Wildlife10 Endangered Animals To See (and Save) Before They’re Gone
Tagged
Sustainability Wildlife
What did you think of this story?
Meh
Good
Awesome