Thoughts of Argentina’s wine country typically evoke images of Mendoza and a landscape dotted with vineyards watched over by the towering Andes. While Mendoza is indeed its heartland, Argentina’s wine region extends all along the Andean foothills, from the country’s northern province of Salta to Patagonia down south.

In just a short flight from Buenos Aires, you can discover an enticing patchwork of snow-capped peaks, meandering rivers, desert terrain, and lunar-like scenery. If you enjoy crashing through rapids and spotting curious Andean wildlife, or trotting around one of the world’s great mountain ranges, then this could be the place for you. Go beyond the wine and bodegas with these exciting experiences in Argentina’s wine country.

Balloon flights above valleys and vineyards 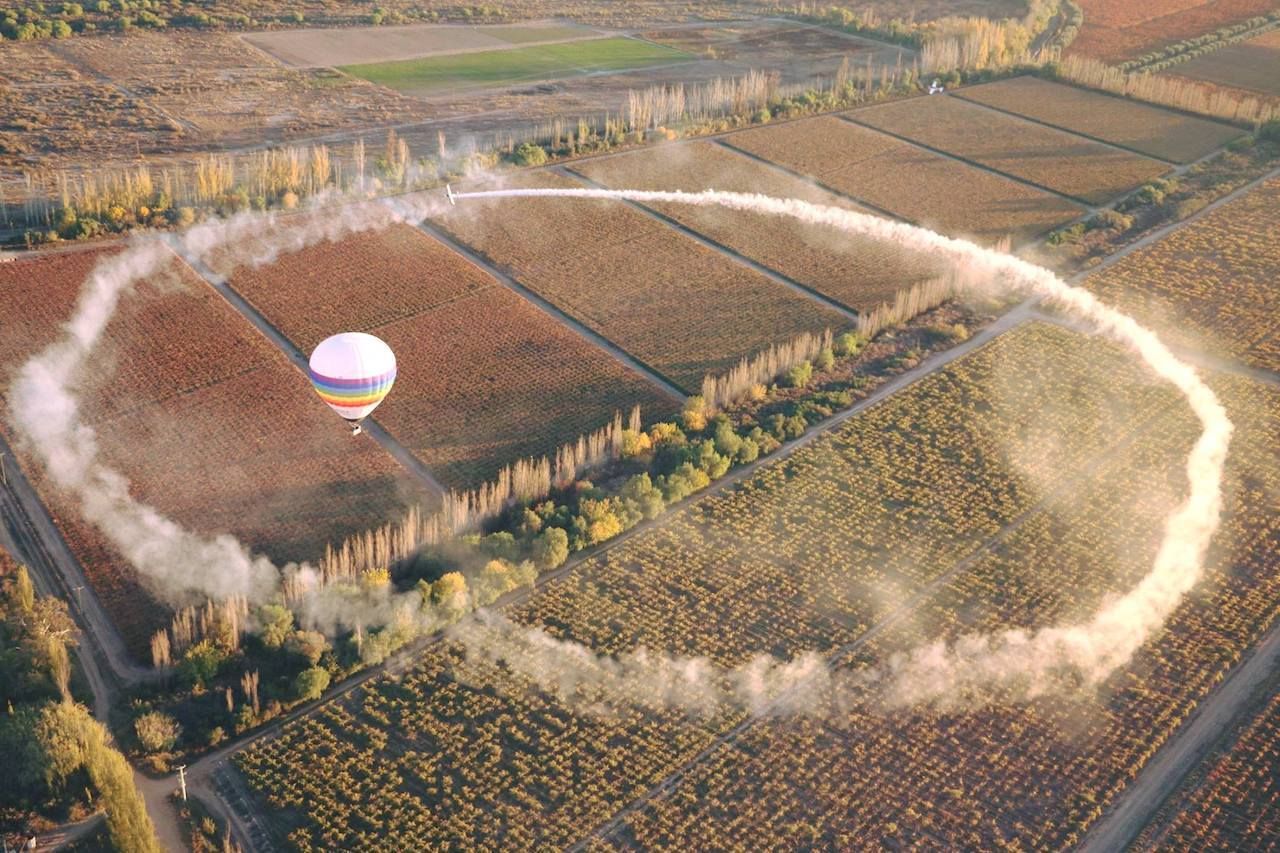 Argentina’s wine country has an incredibly diverse landscape — so much so that it can be hard to appreciate it all from ground level. Taking to the skies on a hot-air balloon presents a bird’s-eye view of the beautiful region. At $120 per person, flights aren’t cheap, but they’re a fascinating way to get a sense of the region before you dive in to explore it on the ground.

As you fly to the beat of the wind, the full panorama of orderly grapevines and olive groves, snowy mountainsides, high plains, lakes, and rivers is laid out below. Views are guaranteed. All you have to do is decide when you want to witness them. Takeoff at dawn for the first light of day or launch at sunset in time to see the sun drift behind the Andes. Mendoza Balloons can help you choose, or take you on both if you so desire. 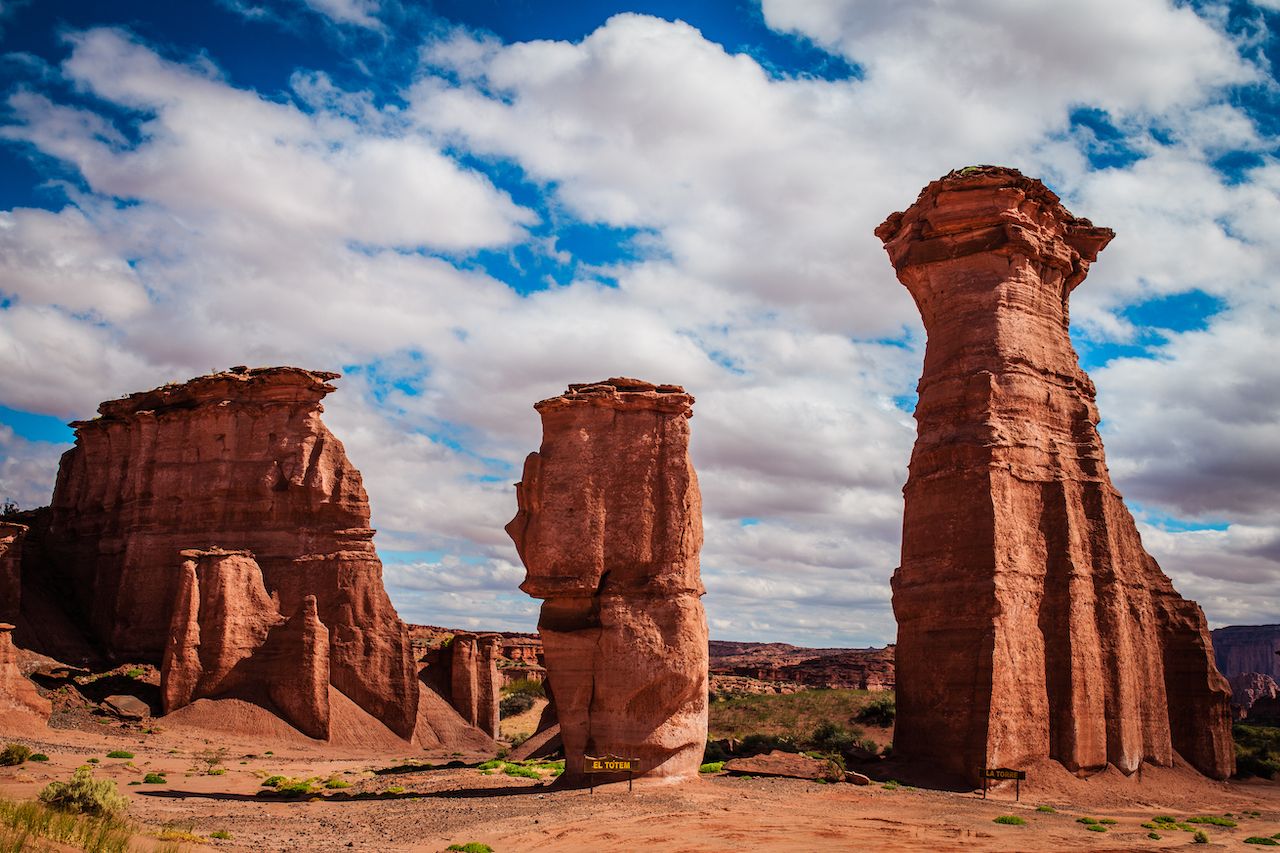 On the provincial border of La Rioja and San Juan, Talampaya National Park and Ischigualasto Provincial Park are geological and archaeological wonders. Together, the UNESCO-listed parks shelter the most complete continental fossil record from the Triassic Period. We’re talking about extensive dinosaur, plant, and mammal fossils.

Talampaya, the larger of the two, has huge red rock walls and canyons formed over centuries by wind and rain erosion. Formations with intriguing names, such as The Monk and Wise Man Riding a Camel, are certainly worth perusing. Make sure to look for the ancient petroglyphs that hark back to the region’s earliest inhabitants.

If it’s dinosaur fossils you’re after, then Ischigualasto has the more interesting collection. Nicknamed the Valley of the Moon, you’ll get that otherworldly feeling when touring the park or camping overnight. These areas are best visited in the winter months to avoid the heavy rainfall and searing heat of summer. 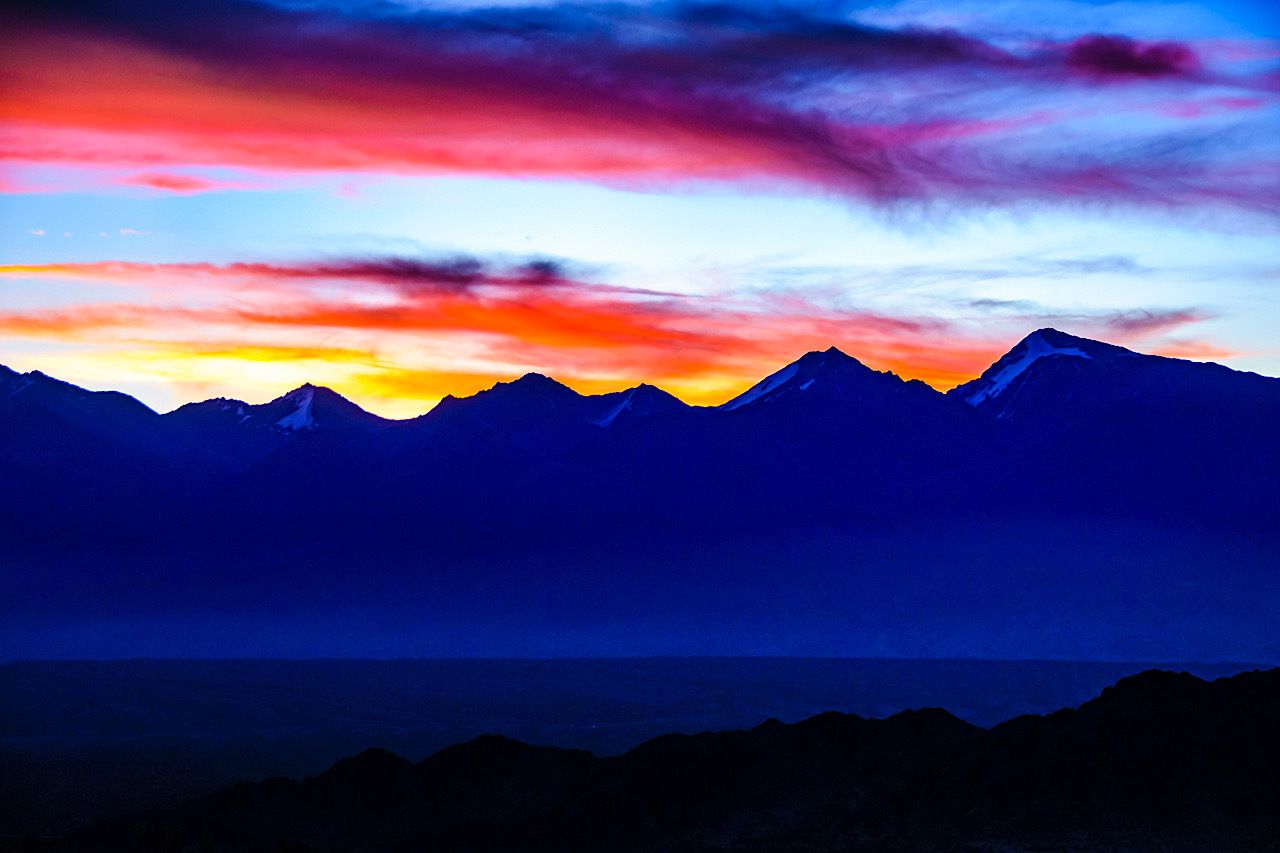 San Juan Province has the honor of another mystical place in El Leoncito National Park. The compact park shelters the grasslands and scrublands of the Central Andean puna and Southern Andean steppe, which together form a biodiverse ecoregion for various wildlife. You won’t encounter any little lions (leoncitos) here, as the name might suggest, but you can find chinchillas, guanaco, eagles, and the odd cougar.

Low levels of atmospheric pollution and an arid climate in this remote area lend themselves to extraordinarily clear skies for approximately 300 days per year. Make a reservation at one of the two observatories, Felix Aguilar Astronomy or Leoncito Astronomical Complex, for educational viewings of constellations and planets. The latter has an overnight tour for budding astrologists. Failing this, pitch a tent at the park’s campground and watch the stars with the naked eye. 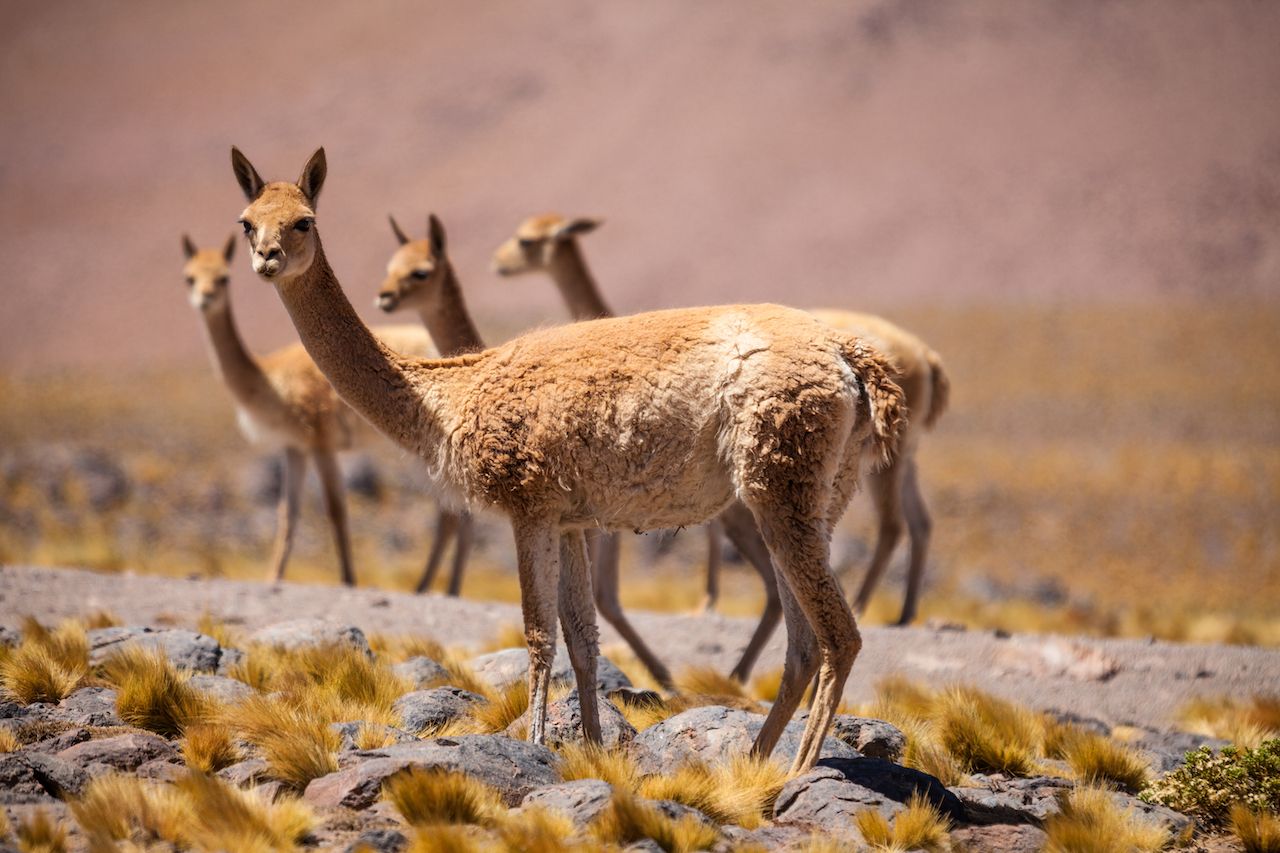 High up in the mountains of La Rioja Province is a series of saline lagoons called the Laguna Brava Provincial Reserve. The 1,500-square-mile reserve was created for the preservation of the endangered guanaco and vicuna, the wild cousins of llamas and alpacas. These high alpine creatures roam puna grasslands and the shorelines of salty water such as Laguna Brava. In the summer months, the area bursts with color when they are joined by migrating Andean flamingos.

Over five centuries ago, Incas crossed the region on their way to Chile and it was a settlement for trans-Andean communities. Remnants of Inca villages and ceremonial platforms serve as reminders of an age-old civilization. The company Runacay has a tour departing from Villa Union that takes in all of this as well as some of the planet’s tallest volcanoes.

Ski or snowboard the powdery slopes of Argentina’s wine country 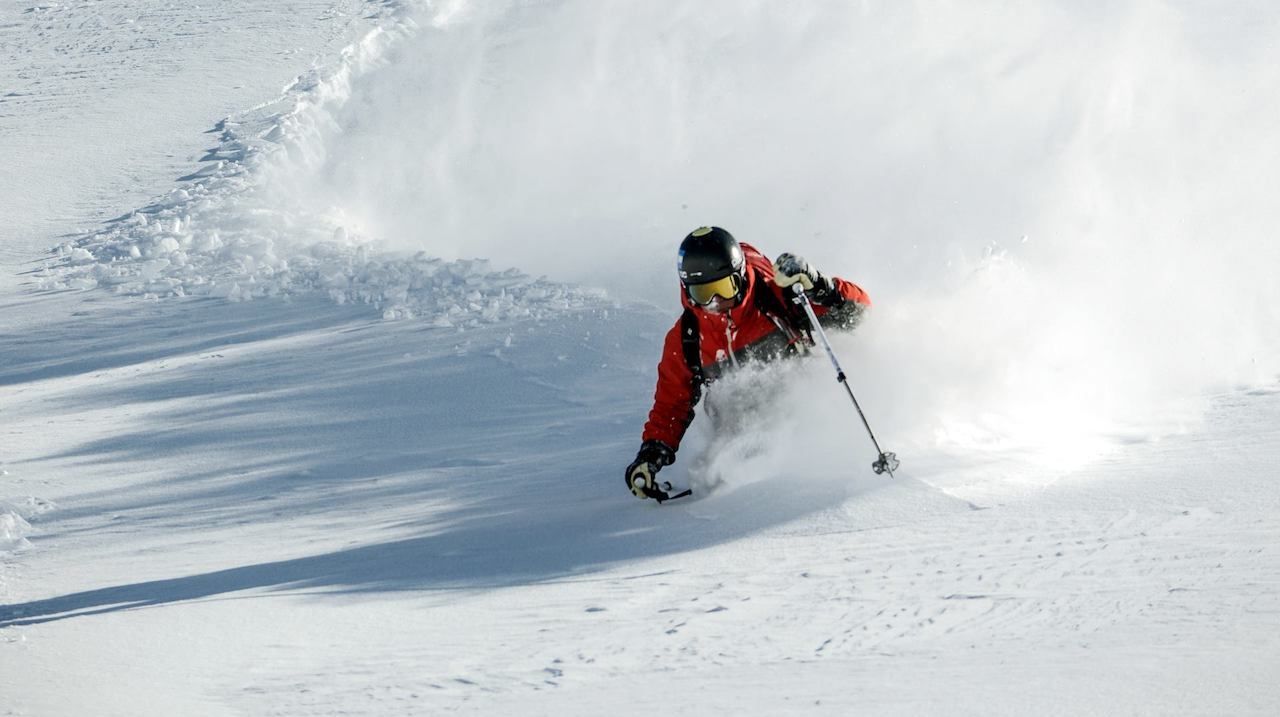 One of the more modern ski resorts in Argentina, Las Leñas is a paradise for extreme skiers and snowboarders. There’s a whopping 43,240 skiable acres with challenging off-piste terrain, cliff drops, vertical slopes, and narrow chutes. All of that comes with a backdrop of the Andes, so the views are as impressive as the action.

Don’t worry if you aren’t a pro-level skier or boarder. Las Leñas caters for all, wobbly first-timers included. Arrange lessons on the mild beginner slopes before moving on to a 7,050-meter-long trail that’s one of the longest in South America. Of course, if you’d rather, you can also hang out at the local bars or restaurants while your friends and family do the energetic work.

June through September is ski season in Mendoza. Visit the resort in the southern hemisphere’s warmer months from November to March for horseback tours, mountain biking, and trekking.

Water sports on the Mendoza River 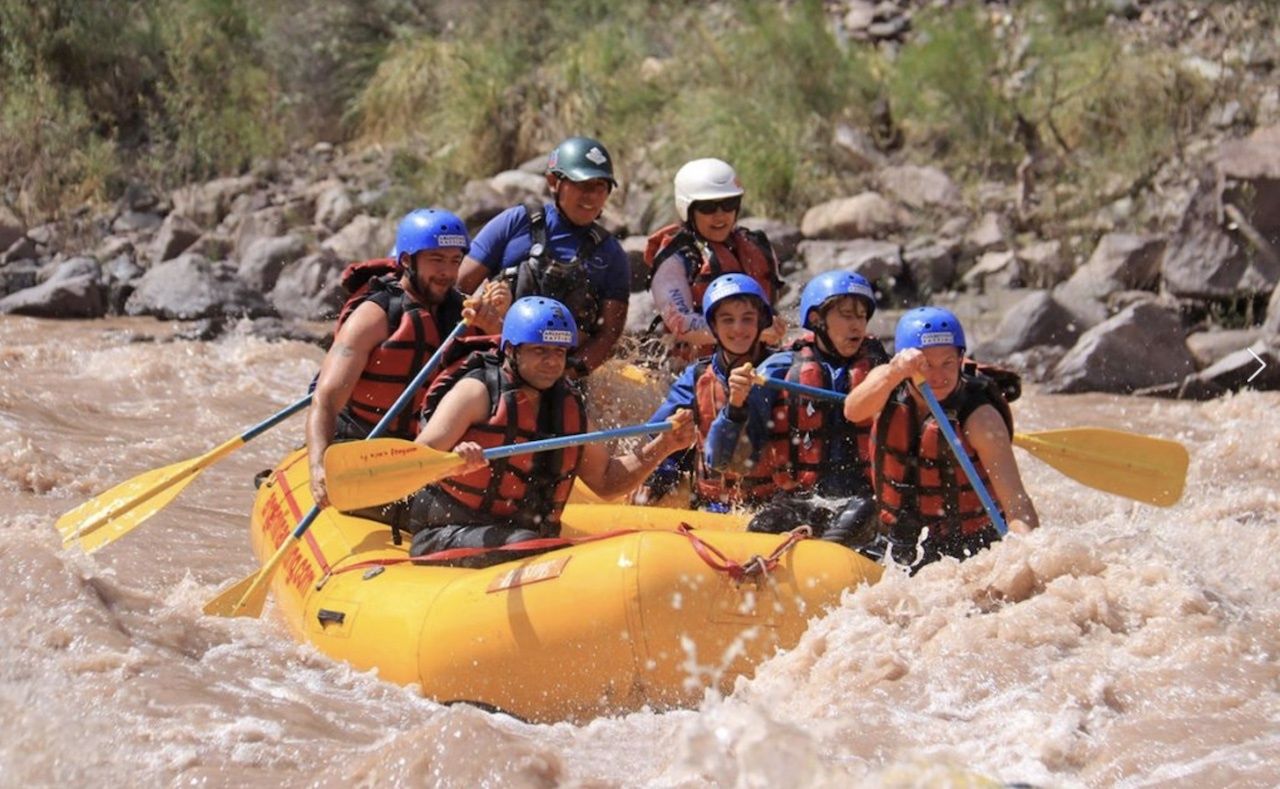 The Mendoza River is one of the better places for whitewater rafting in Argentina. Sitting in the belly of a raft is an especially fun way to spend a day relishing the natural beauty of canyons and valleys. Don’t think it’ll be a lazy and scenic float though. Snowmelt from the Andes flows into the river and creates exciting and challenging rapids throughout the year — although the rapids are at their most powerful in the spring and summer, after the high melt of winter snowfall.

Creating a huge reservoir in the river is the Potrerillos Dam, located an hour’s drive from Mendoza. The reservoir’s calm glassy waters are ideal for kayaking and stand-up paddle boarding excursions. Check out Argentina Rafting Expediciones for its extensive range of water sport adventures.

Horseback rides in the Andes 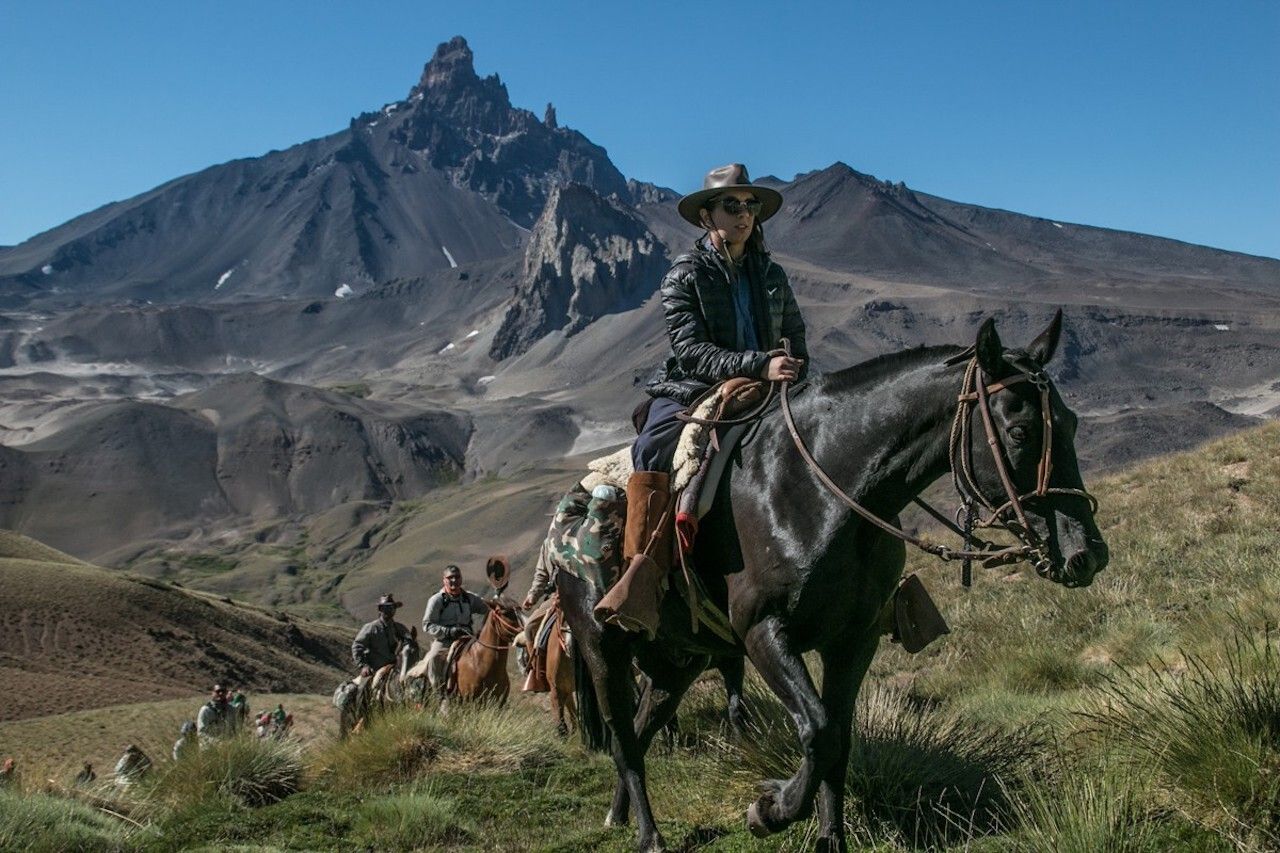 Even if you’ve never saddled up in your life, there’s nothing to stop you from exploring the Andes mountains on horseback like a gaucho. Gauchos are Argentine cowboys famous for their horsemanship, and there are many happy to take you under their wing or whip and guide you over the rolling hills and mountain passes of Argentina’s wine country. This is not only a lesson in horse-riding accompanied by endless views, but an introduction to the storied traditions of the gaucho.

How far you ride is entirely up to you. Keep it short and sweet on a day trip around the outskirts of Mendoza city. Or venture with Argentina Extrema deep into the Valle de las Lagrimas (Valley of the Tears), the site of the horrific plane crash of 1972 and the stunning fight to survive that inspired the movie Alive. We recommend booking a tour that includes a classic Argentine asado (barbecue), where you can feast on delicious grilled meats and vegetables at the end of the ride.

National ParksArgentina’s Remote Puna Desert Is Like Mars on Earth
Tagged
National Parks Argentina
What did you think of this story?
Meh
Good
Awesome