Suburbs aren’t often thought of as travel destinations, particularly when the nearby urban core has come into its own. But Aurora, the big and noisy suburb east of Denver proper, is finding its place as a travel destination through the diversity of its food scene.

Aurora has long been an arrival point for immigrants in Colorado. Of the city’s 375,000 residents, 19.9 percent — nearly 75,000 people — are foreign-born, according to US Census data. Aurora is a less expensive alternative for people to live and work compared to the rising costs of Denver, and many immigrants have become small business owners and opened restaurants. The result is a food culture that stands apart from the outdoors, sports, and cannabis sectors that typically draw visitors to Colorado.

“Aurora is a welcoming city with residents representing cultures around the world,” Aurora mayor Mike Coffman tells Matador. “Nothing illustrates that better than our rich culinary scene along the Havana corridor, Colfax Avenue, and throughout the community.”

The region has experienced massive growth since the mid-1990s. Denver International Airport opened on a parcel of land adjacent to the city of Aurora in 1995, replacing the old Stapleton Airport that was northwest of Aurora. Easy access for travelers, combined with the craft beer market and outdoors, drew nearly 32 million visitors to the Denver area in 2017, according to numbers from Visit Denver. The state also saw 70,000 people move in that same year and 80,000 the next, a statistic dominated by outdoors-minded (and social media-savvy) Gen-Xers and Millennials not shy about sharing the place they “discovered” with friends and family back home.

With that growth, Aurora has worked to promote the communities that already call the city home.

“In partnership with our Office of International and Immigrant Affairs and business groups like the Havana BID, we are bringing in new international eateries and are actively promoting the fact that we have the best food scene in the metro area,” Juan Marcano, an Aurora City Council member, told Matador. “Aurora’s diversity is well represented in the restaurants that call our city home, and our broad range of cuisine really exemplifies that we are an international city with a lot to offer.”

Since 2012, Aurora’s city website has maintained a dining guide called YUM AURORA to chronicle restaurants by cuisine, with dedicated sections for African, South American, Middle Eastern, and others. Modern food halls like the Stanley Marketplace, opened just north of Colfax Avenue in 2016, hosts Cheluna Brewing, the state’s first Latino-owned and -operated brewery, and casual restaurants like Misaki, a sushi counter in the market’s main hall. 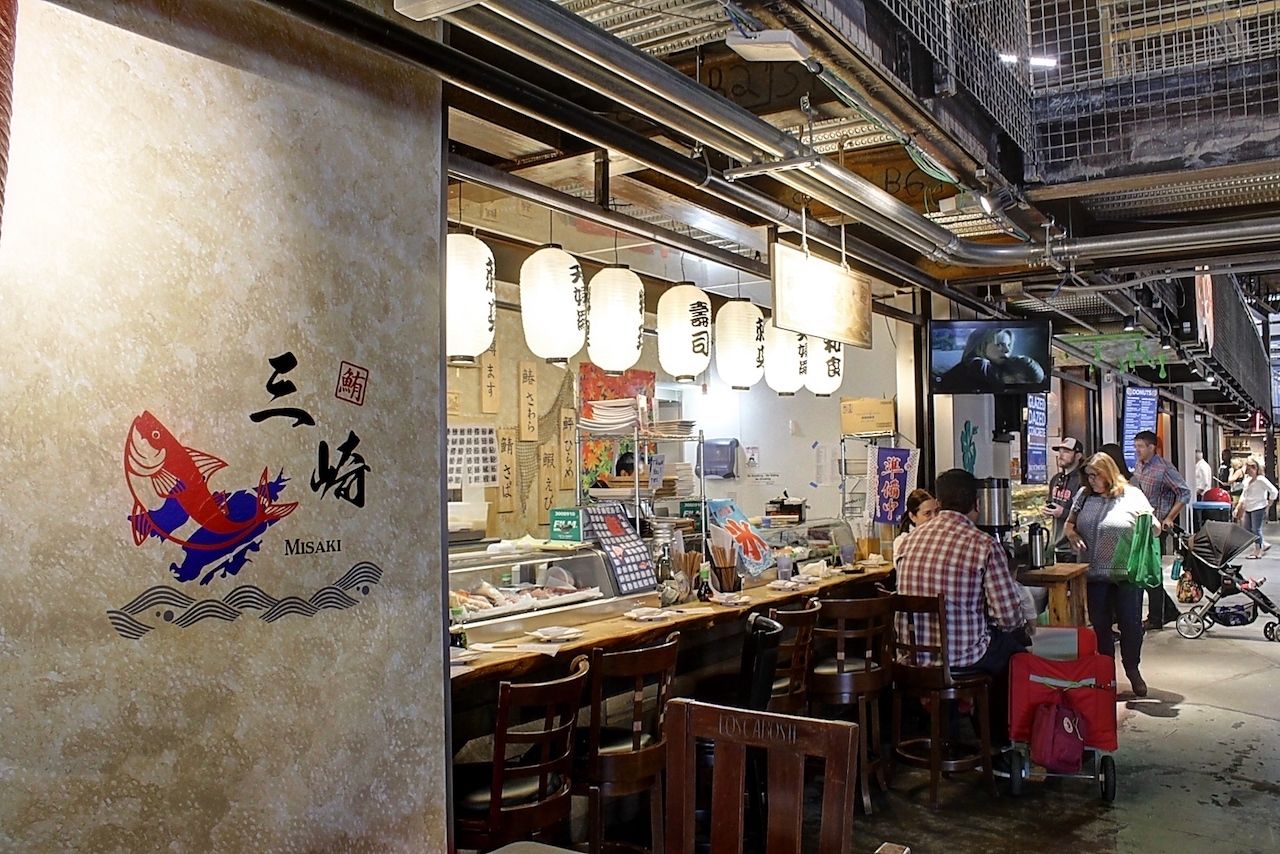 A tourism, visitor, and convention bureau, Visit Aurora was established in 2010 to help market these efforts.

“Aurora has definitely embraced our ethnic restaurants as something unique about our city and that we are continually promoting,” says Françoise Bergan, another Aurora City Council member.

Often, the hardest part of eating out in Aurora is deciding where to go.

One place to start is Colfax Avenue. This is where you’ll find Mango House, which opened in 2012 as a community hub and home for refugees and new arrivals in the city. Mango House offers a grocery, medical clinic, and youth center. In addition to its humanitarian services, the space is home to an international food hall with Syrian, Nepalese, and Ethiopian stalls, as well as Colorado’s first Burmese restaurant, Urban Burma.

Colfax Avenue — and particularly its eastern leg running through Aurora — has long been a hotspot for restaurants you can’t find in central Denver. Here, you can try Eastern European food at Baba and Pop’s Pierogi Shop or get your pho fix at Top Pho. Some of the best places to eat, however, are the small, family-run Mexican restaurants. Eating at every Mexican joint on East Colfax would take weeks of nonstop consumption — your best bet (unless you’re in town for a while) is to find a spot with a gathering of people outside and pull over immediately. Try traditional plates at La Costa or head to Tacos y Pupusas for the best of, well, exactly what you’d expect. 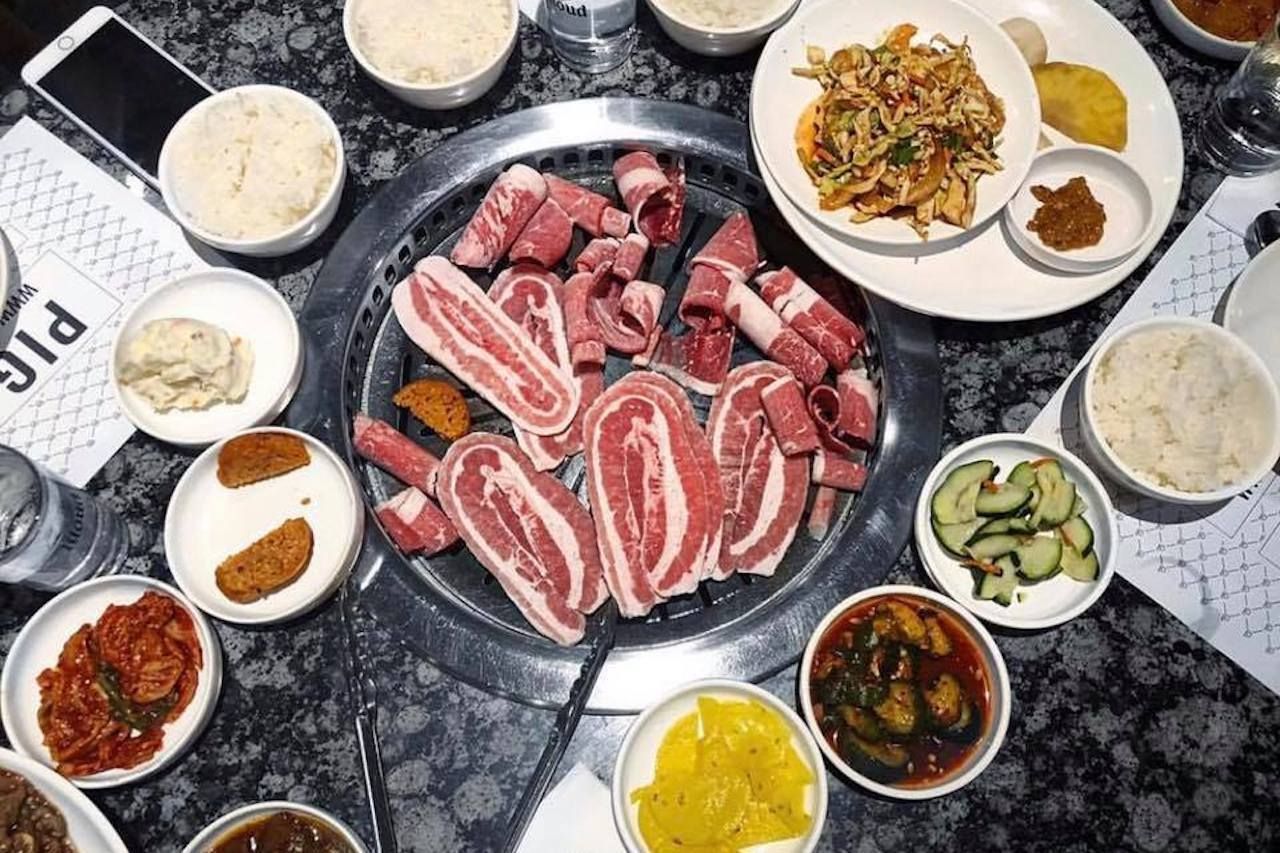 Along Havana Street, the city’s main thoroughfare, you’ll find restaurants that reflect the Korean community in Aurora. Plans had circulated a few years ago for an official Koreatown designation along Havana Street, but those were scrapped in order to prevent the image that the city was highlighting one culture over another. This would have been Colorado’s only such designation, but Bergan notes that the city would “rather celebrate all of our diverse cultures” than promote only one.

Still, it isn’t hard to see the influence the Korean community has on the city. The commercial stretch of Havana and the streets just off of it are home to more than a dozen Korean restaurants. There are spots like Funny Plus, which has a broad menu of barbecue, bulgogi, kimchi dishes, fried chicken, and other favorites. Dae Gee, a small chain with on-table grills, has a staff accustomed to walking diners through Korean-style dining.

Many restaurants are just a short walk away from each other after you hop in an Uber or take the light rail to the shopping center at South Havana Street and East Evans Ave. Head first into Yong Gung for a plate of ja jang myeon, a noodle dish with pork and black bean sauce. Should you have a dining partner, try the easily shareable jab tang bap, which is a rice dish with vegetables, pork, and seafood. A few doors down is Seoul BBQ & Hot Pot, which is known for, as the name suggests, hot pot. A few minutes south is Yum Yum Cake & Pastries, which has patbingsu, or Korean shaved ice. 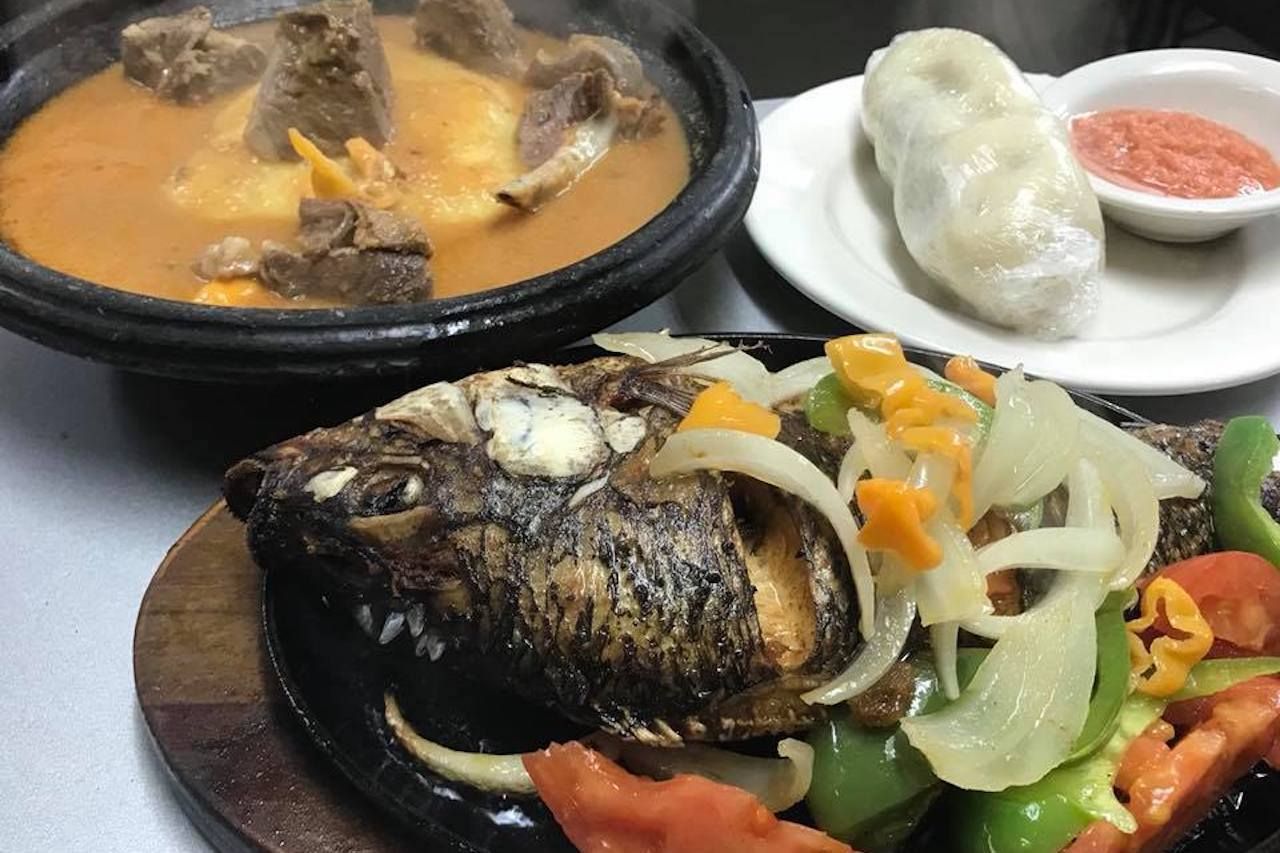 You can also find restaurants in Aurora that serve traditional dishes from countries in Africa. African Grill & Bar is a Ghanaian restaurant operated by Theodora Osei and her husband since 2009. It originally opened in central Aurora but moved to the Green Valley Ranch neighborhood, adjacent to the airport, in 2013.

“We wanted to own our own business and introduce our food and culture to Coloradans,” says Osei, who is originally from Abura Dunkwa, Ghana. “And even though I didn’t go to culinary school, I was gifted with cooking.”

In addition to serving traditional Ghanain staples like waakye, a dish built from rice and beans, and fufu, made from pounded plantains and cassava, the family hosts African music, dance parties, and special events in the restaurant.

There’s also Nile Ethiopian, where you should try the stewed chicken, and Addis Ababa, which is one of the few places in Colorado to experience a proper east African breakfast. 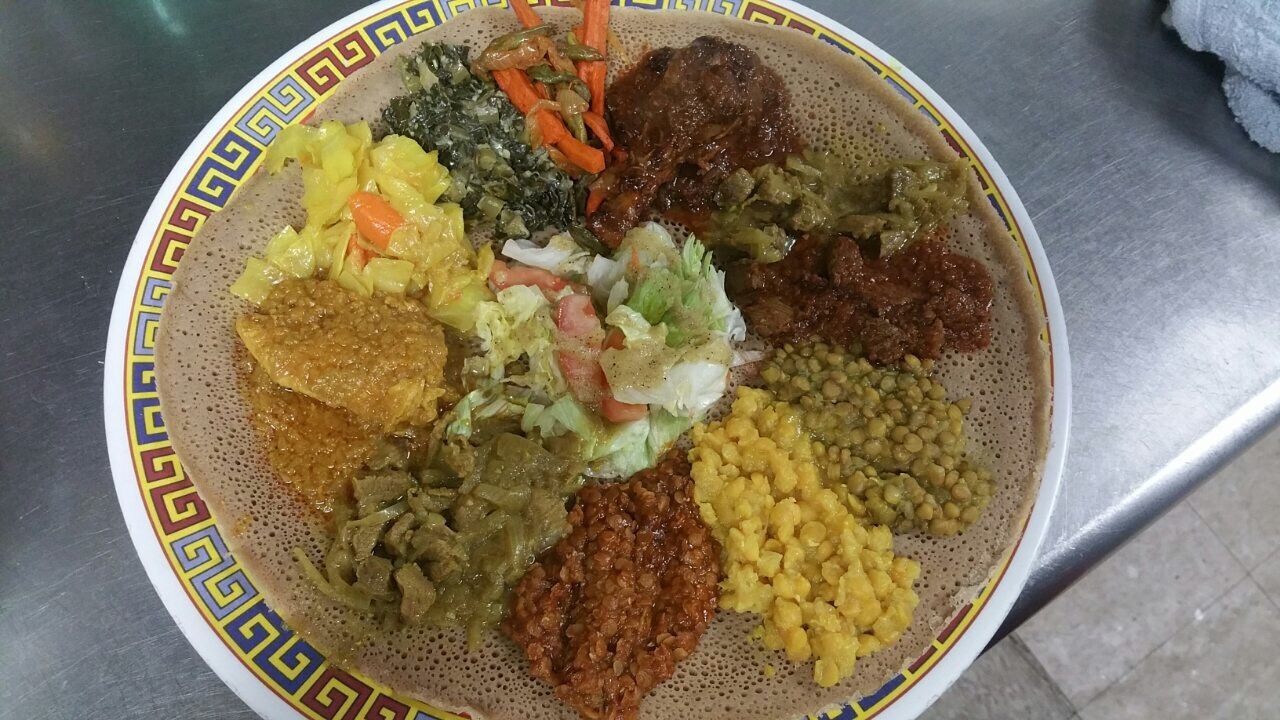 The future of Aurora’s diverse restaurant scene looks bright, despite the impact of the coronavirus pandemic. Aurora typically hosts 20 to 30 events in Havana per year, ranging in attendance from 800 to 10,000 people, says Chance Horiuchi, executive director of On Havana Street, a non-profit trade group representing the Havana Business Improvement District.

The marketing efforts appear to be paying off on a business-by-business level, as well as a collective level. The owners of Seoul BBQ recently opened Seoul Mandoo, a dumpling shop making 4,000 dumplings per day in a repurposed longtime food and drink building. The city has around 20 international markets, most smaller convenience stores and grocers, that supply both restaurants and residents. Horiuchi reports that 90 of the Havana district’s more than 120 restaurants have remained open for takeout during the coronavirus pandemic.

“The city has been really welcome to the diverse eateries in our corridor,” Horiuchi says. “I don’t think it’s ever been highlighted as much as it is now. With social media and good marketing, it’s better than it’s ever been. Aurora has really embraced being a global city.”

Aurora, CO Is Your Gateway To the Rockies. Here's Proof.