In January of this year, a 34-year-old skier was killed inbounds at Lake Tahoe’s Squaw Alpine Resort, skiing a piste off of Alpine Meadows’s Scott Chair. That followed another avalanche that trapped eight skiers at Idaho’s Silver Mountain Ski Resort. Tragically, three of those skiers died.

We already know that even more skiers and snowboarders are hitting up the backcountry — a reported 1.4 million two seasons ago, with continued exponential growth since then — and that they are putting themselves at risk of avalanche-related deaths and injuries. What seems somehow more shocking is when these tragedies happen inside ski area boundaries.

Ski patrols the world over employ professional avalanche training, hazard evaluation, and mitigation techniques to keep slopes safe — and are generally successful. But nature can’t be completely controlled, and accidents do occur. Last year, two skiers died on Taos’ Kachina Peak last year after a slide swept them up on an open shoot.

What this means is that “hitting the good stuff” comes with inherent avalanche risk, even inbounds. The takeaway is that a responsible big-mountain skier is always prepared for the worst, no matter how unlikely that may be. Here’s how to be one of those responsible skiers.

Avalanches are still a threat, even at major ski resorts. 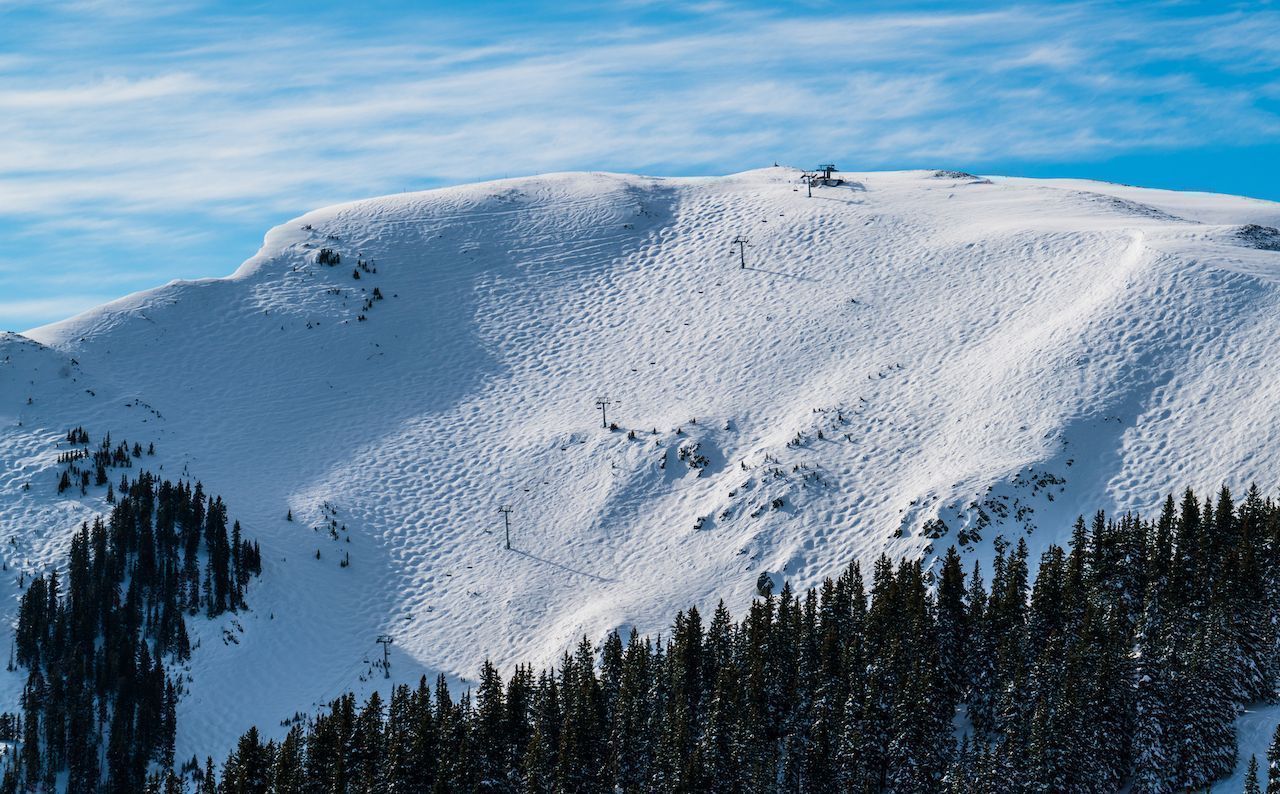 Despite all efforts to mitigate them, avalanches are a threat anywhere with “avalanche terrain,” including within ski resorts. The odds of being killed by an inbounds avalanche are extremely low. You’re more likely to hit a tree or fatally crash into someone. But there’s still a risk.

“The ability to self-arrest is an important component of skiing in steep and/or exposed terrain,” said Mike Spayd, assistant snow safety director at Aspen Highlands in Colorado. “It is a good idea to ski with a partner and have a meeting place in the event of separation. While more of an issue in deeper maritime snow climates, it is still important to be aware of the dangers of tree wells and the possibility of snow immersion suffocation.”

That said, there’s effectively no avalanche risk on low-angle groomed trails. The continued packing of the snow breaks the “layers” formed by each subsequent storm, making it next to impossible for a top layer to break the layer beneath it and cause a slide. You’re also generally safe when skiing on maintained slopes at less than a 30-degree angle — nearly all green and some blue runs fall into this category — as avalanches are most common on slopes between 30 and 45 degrees.

Tougher blue runs may be steeper than 30 degrees, and most challenging resort runs fall in the category of “avalanche terrain.” Off-piste skiing, such as terrain above treeline or off of a groomed trail, is where you need to be particularly aware as you’re in “lift-accessed backcountry.” In these cases, you should use the same precautions as you would in the backcountry. 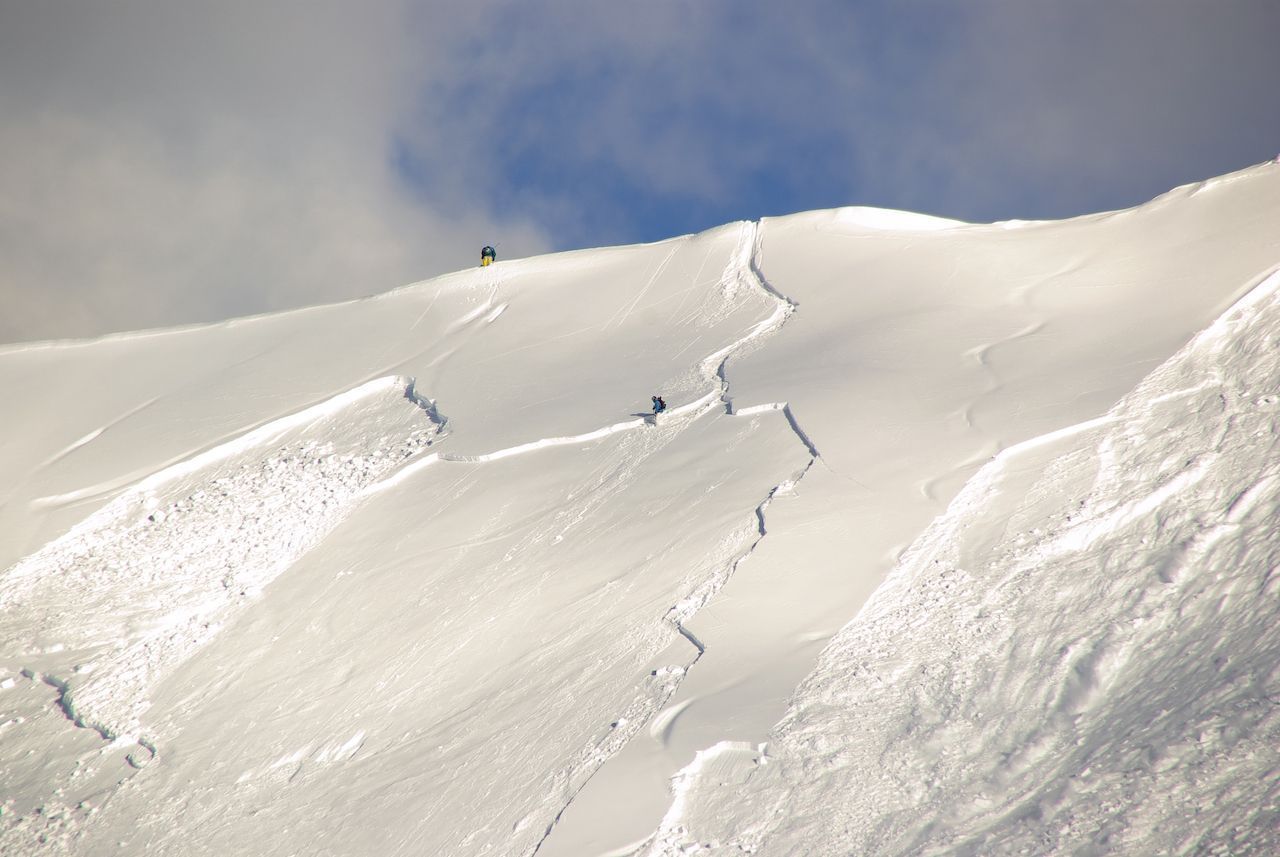 Climate change is actively playing a role in the increased threat, both inbounds and out. With warming winters, the total snowpack varies from year to year at a higher level than it has in the past. This is known as “interannual variability.” Rising temperatures increase the triggering of avalanches for a number of reasons. First, rapidly rising temperatures after a snowstorm generally make the snowpack less stable. Warmed ground and air temperatures cause the layers of snow to weaken, making already weak layers more likely to collapse.

The greater disparity in predictable weather patterns also impacts the snowpack. Early season snow, followed by an extended period without snow, can create a dangerous layer of very weak snow called “depth hoar” that, as layers build on top of it throughout the season, is increasingly likely to succumb to the pressure and collapse. For example, while skiers in Colorado — the deadliest US state for avalanches — tend to celebrate big October dumps, this can actually set the stage for a heightened avalanche season if it doesn’t snow again until mid-November. Warmer ground and air temperatures also mean that the snowpack is increasingly destabilized across larger areas, leading to bigger and potentially more hazardous avalanches.

A study on the impact of climate change on avalanches, published in the journal Science Daily, found that, “Snow is now also falling earlier in the season, and is being destabilised before spring, at a time when it is thicker, leading to an increase in the number and intensity of avalanches. Since the snow is wet, avalanches are descending slowly but over greater distances than in the past.”

This makes the job of ski patrol even tougher, as spring snowstorms can cause a sudden spike in avalanche risk.

Check avalanche conditions in the region where you are skiing. 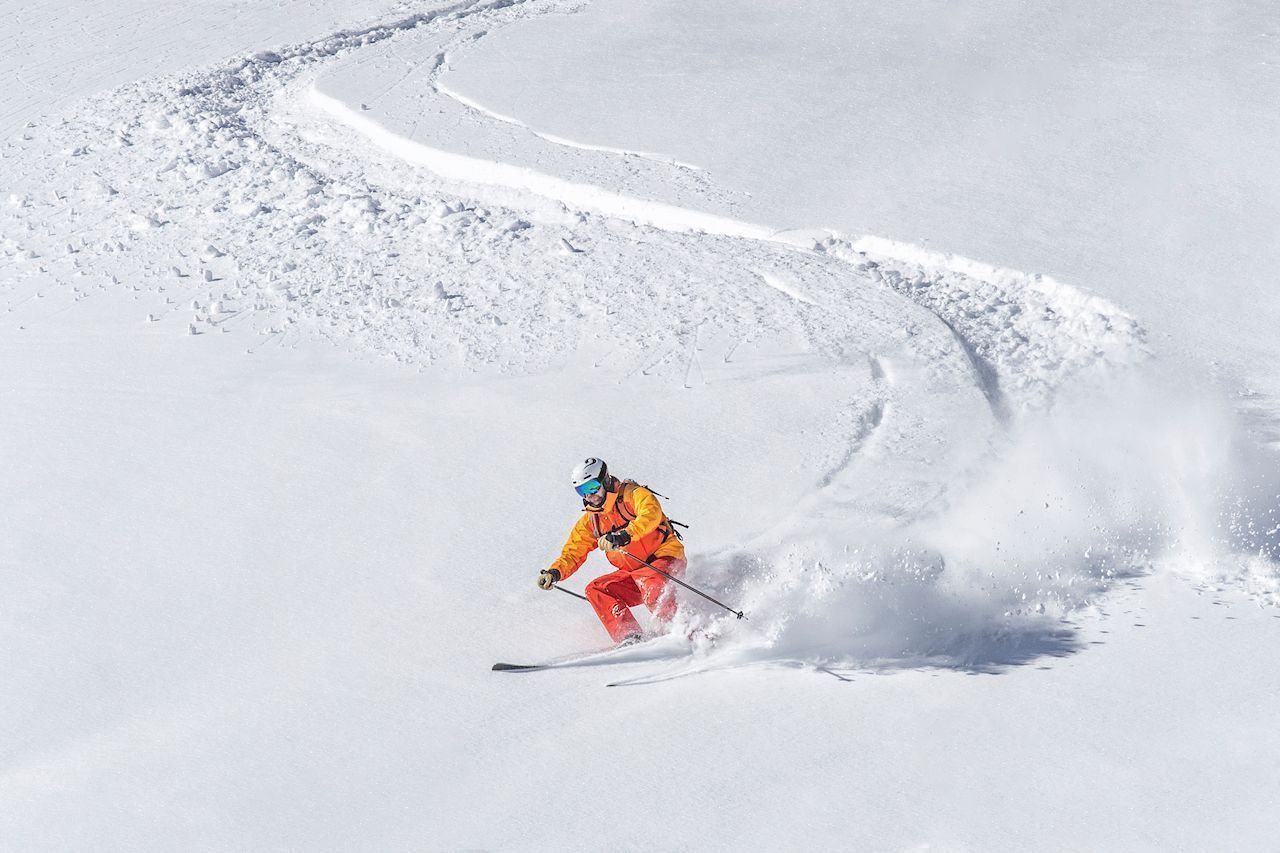 This all sounds rather dire. While the threat of an inbounds avalanche should be taken seriously, remember that there are professionals in red coats actively working to mitigate the risk at your local ski area. There are two major things you can do to help: 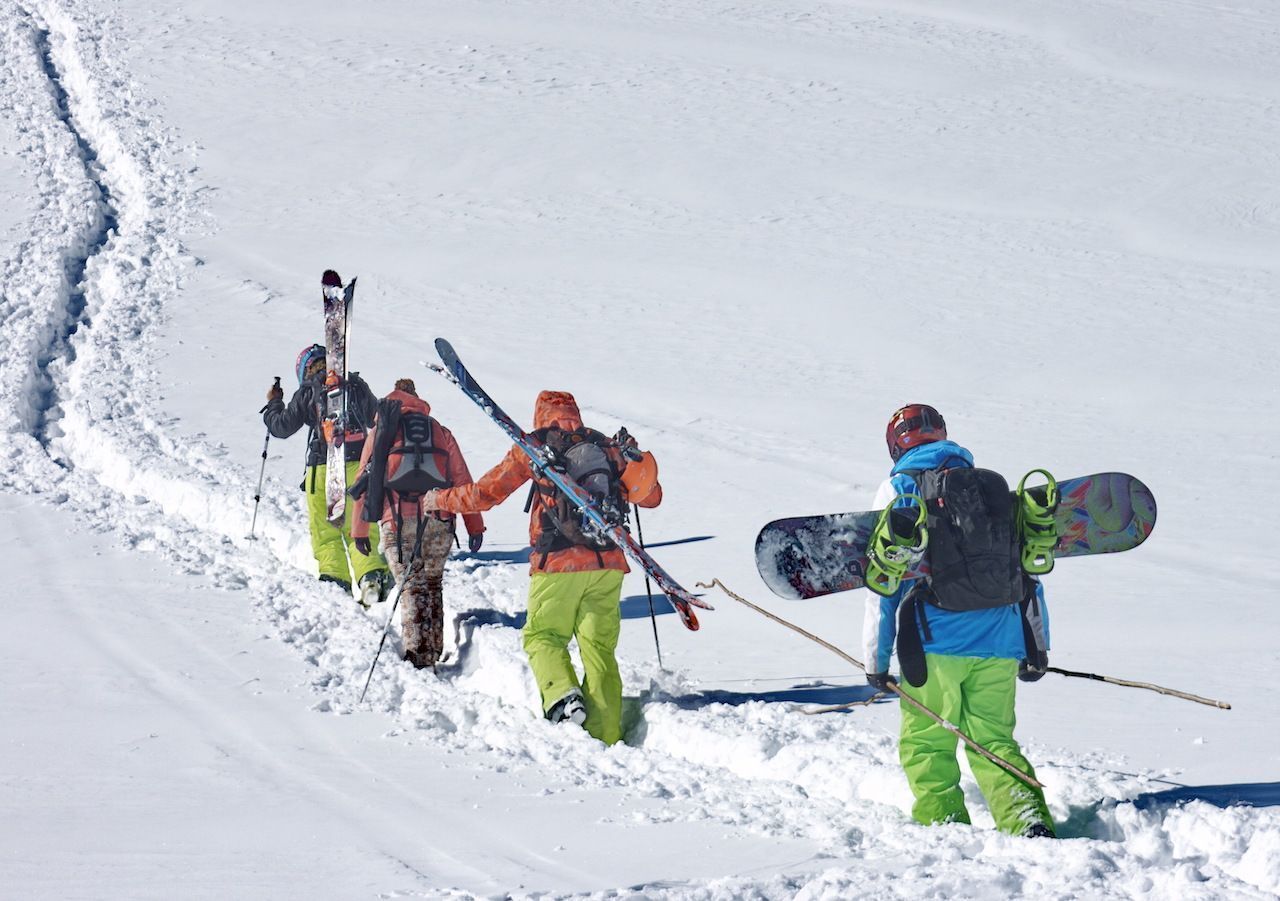 Many ski areas with high-altitude extreme terrain actively encourage skiers and riders to wear a beacon at all times. These transceiving devices are used by rescuers and backcountry skiers to locate someone buried in an avalanche and hopefully get them out alive. Backcountry Access, or BCA, has multiple options. On that same note, you should always ski with a partner in challenging terrain, lest an accident should befall you and you’re stuck in a tree well or below a cliff with no one to help you.

“While we operate in a very conservative manner, the risk is never entirely eliminated,” said Spayd. “In the event of an inbounds avalanche Ski Patrol will always perform a beacon search prior to any other search techniques. If the buried subject is wearing a transceiver, a beacon search is hands down the most effective way to locate the individual.”

If you’re chasing powder and find yourself at a resort that has been pounded by snow for three days straight, all terrain above a blue should be considered “lift-accessed backcountry” and approached with caution. Avoid hazards such as convex and concave rolls, commonly known as “rollers,” where terrain suddenly steepens or drops briefly before flattening into a duct, valley, or low-angle slope. Stay in heavily gladed areas whenever possible, as the trees act as anchors that keep snowpack more stable than it is in chutes and couloirs. But avoid single anchors, as they can act as an easy trigger because the snow immediately around them is likely to be at a different temperature than the general snowpack.

Last but not least, know when to call it a day. Even with all considerations taken, the only surefire way to avoid an inbounds avalanche is to stay away from tougher terrain when hazardous conditions exist.

“While it is important to be aware of the hazards it is also important to recognize the risk-vs-reward model,” said Spayd. After all, you don’t need to schuss down the riskiest terrain to have a great day on the mountain.

How to plan for a backcountry ski trip
Tagged
Ski & Snow Sustainability Travel Safety
What did you think of this story?
Meh
Good
Awesome