A few years ago, Erik Blachford hiked to the top of an inbound peak while skiing at Whistler Blackcomb Resort in British Columbia, Canada. After the effort, he looked to his right and saw lines of ski tracks. To his left was a wide open valley with perfectly untouched powder. It looked inviting.

Although a triathlete with intensive outdoor experience, Erik knew better than to take the bait of the pristine snow. He had no avalanche training, let alone equipment, and didn’t know his way around the out of bounds areas. Instead, he skied right, adding his own tracks to the well-traveled piste, and decided to find out how he could ski out of bounds. 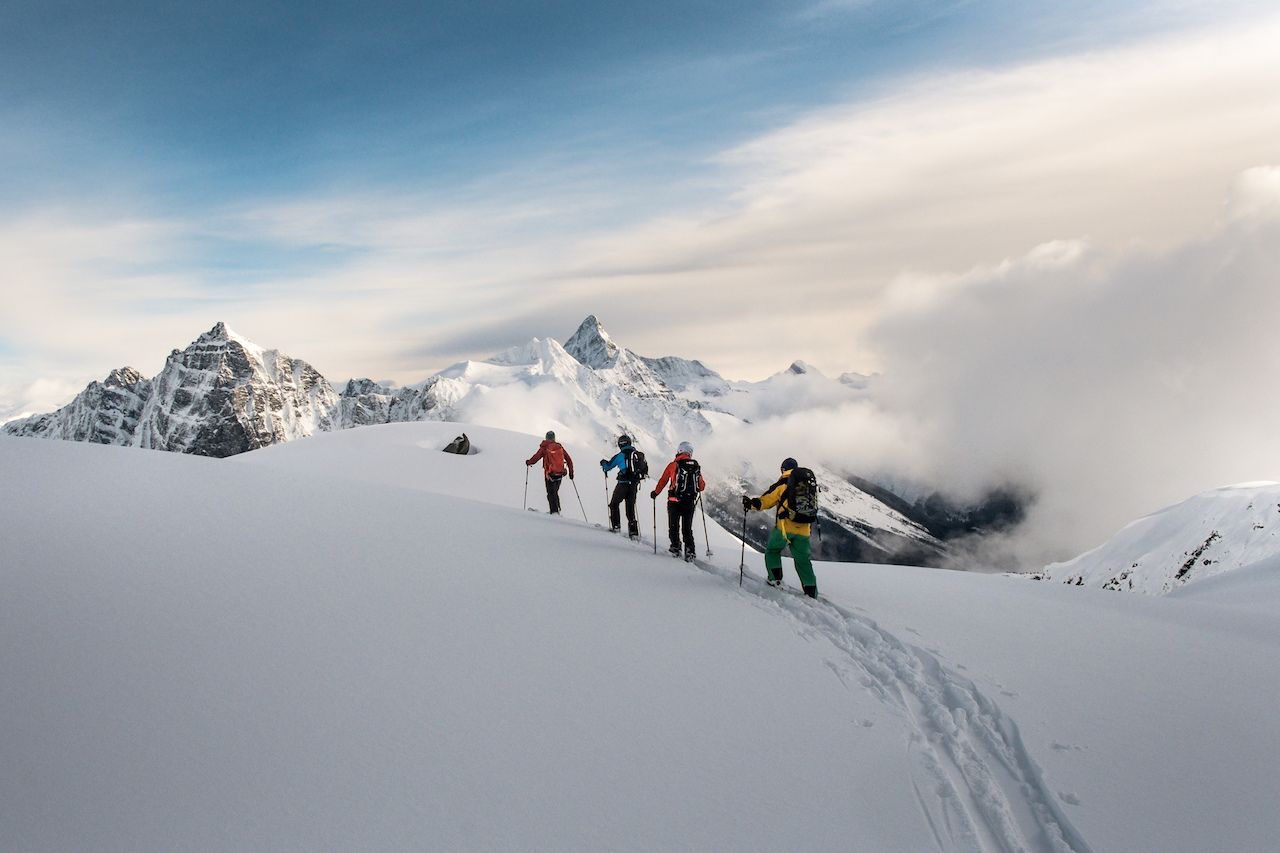 Blachford quickly learned that certified mountain guides with Extremely Canadian have been taking skiers into Whistler Blackcomb‘s backcountry for years. He set up a trip for himself and three family members. That day, he waited until morning to rent backcountry gear, which — combined with the obligatory avalanche discussion and equipment checks — meant they got a late start. Despite hours of hiking, Blachford only skied three runs that day.

No matter. He was hooked. Now, Blachford hits the Whistler backcountry at least twice a year, bringing his teen-aged kids with him. Every excursion with their mountain guide takes them — via gondola, chairlift, and t-bar — to the upper limits of the resort. From there, they trek at least an hour to access a gloriously empty, wide-open snow bowl where they ski their first run. Then, they put the sticky “skins” back on their ski bottoms and trek some more.

“It’s a completely different experience,” says Blachford of going backcountry. “I like to get away from the crowds. It’s more like hiking or mountain biking.” 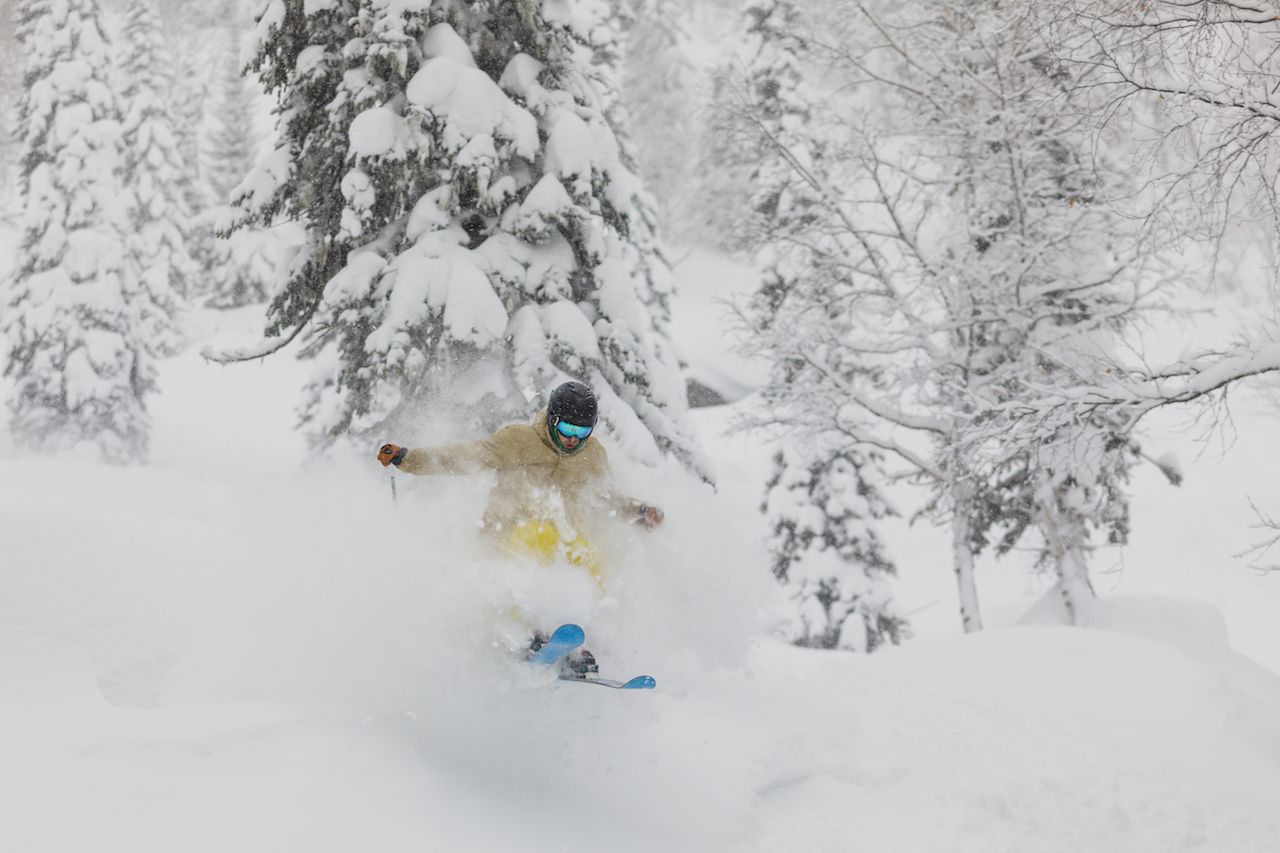 While Blachford may be especially hardcore, he’s not alone. Ever more North Americans are going out of bounds — and resorts are rushing to offer their guests backcountry access.

“There wasn’t demand for resort-based backcountry in the ‘90s,” says Peter Smart, founder of Extremely Canadian, the Whistler-based guiding operation that has been on the forefront of resort-based mountain guiding. “Definitely in the last decade the interest has perked up,” says Smart, adding that in the last three years growth has been “exponential.”

Smart and other mountain guides we spoke with see a few factors driving the backcountry rush. One is simply the evolution of skis. Today’s wider skis make it easier to ski ungroomed runs, says Smart, meaning even intermediate skiers can tackle snow conditions that once required much more technical expertise.

A trend towards fitness and environmental awareness has also had an impact, Smart believes. When you go backcountry skiing — also called “alpine touring” — you’re getting an intense outdoor workout along with those sweet turns.

For triathlete Blachford, that’s part of the draw: “It’s part work and part fun,” he says of touring in the backcountry. He’s passed an appreciation for the physical effort onto his teens who, he says, “like to earn their turns.”

Resorts getting in on the action 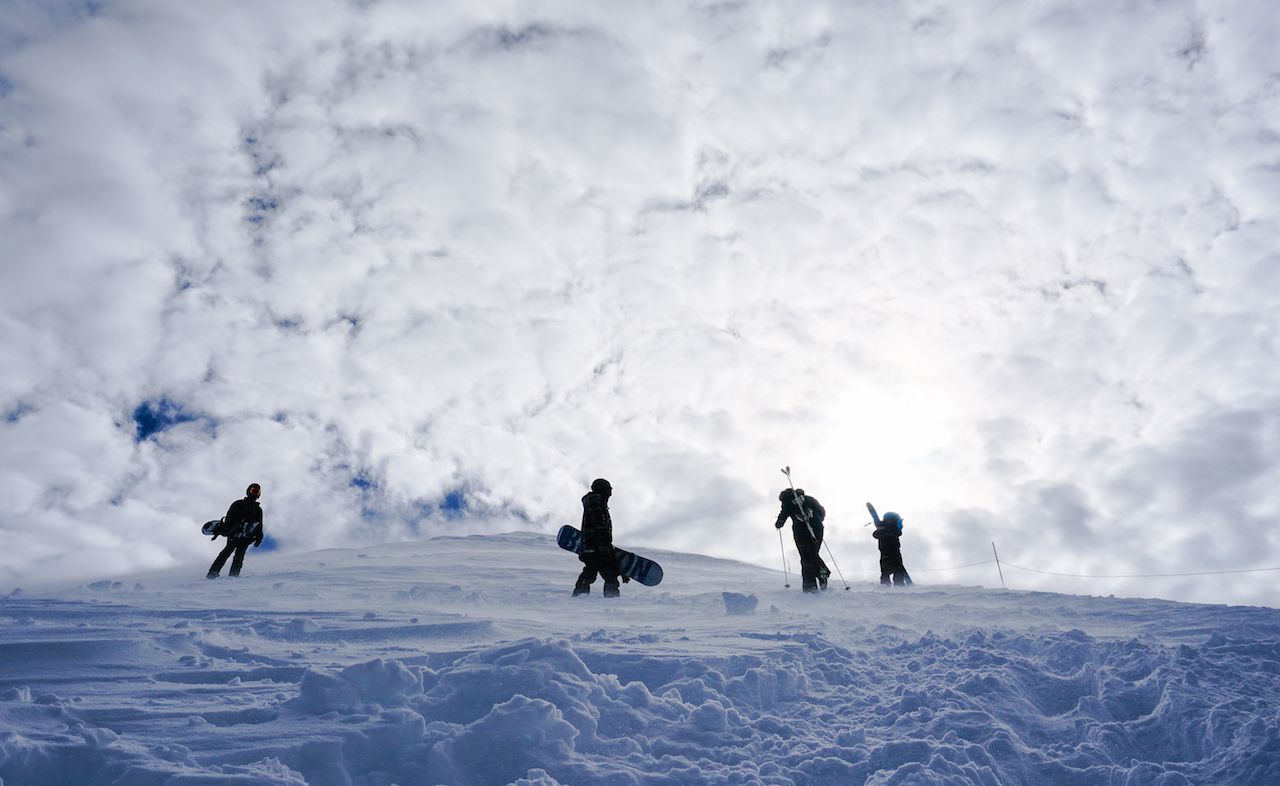 Another factor is social media, which has piqued curiosity about the backcountry, says Dirk Bockelman, General Manager of Aspen Expeditions. Aspen Snowmass was one of the first US resorts to offer backcountry access, and Aspen Expeditions has been taking skiers beyond the boundaries since 1977.

Aspen was an outlier. Until recently, most resorts have felt little incentive to let skiers go out of bounds. Skiers accessing the backcountry from the resort often buy a single-use lift ticket, which costs much less than a whole-day pass. Plus, those skiers are carrying sandwiches in their backpacks, not spending their lunch money at the lodge.

More critically, once skiers are out of bounds, things can get dangerous… quickly.

Extremely Canadian’s Smart said over the years he’s heard plenty of “horror stories” from Whistler Search and Rescue. In Whistler’s Coastal Mountains range, a sudden change in weather can turn miles of visibility into a white-out. In those conditions, says Smart, “It’s so easy to get disoriented. People end up going on the wrong side of the mountain more often than not.”

In Lake Tahoe, Squaw Valley’s resort boundaries lead to snowfields with no easy route to a main road. The resort didn’t want to put skiers in a risky situation, says Sean Kristl of Alpenglow Expeditions. “They didn’t want people getting lost.”

While Alpenglow had long been guiding customers through expeditions as far away as Ecuador and Everest, in 2016 they received permits to lead backcountry skiers through the national forest land that abuts the Squaw Valley ski area. They approached the Squaw Alpine resort, offering to lead skiers into that coveted, yet perilous, terrain.

Alpenglow, whose guides are all certified by the American Mountain Guides Association (AMGA), told Squaw they could get skiers in and out of their backcountry in one piece — and the resort agreed. Squaw Valley now allows access to its National Geographic back bowl from its Granite Chief lift but only to skiers who’ve hired an Alpenglow guide. Anyone else hoping to ski that alluring powder has to trek in via a more distant access point.

Squaw’s change of heart reflects an awareness by resorts that the backcountry is booming, and that by permitting access to it from within the ski area, they can actually increase their offerings. Depending on their arrangement with the guiding company, resorts also get a slice of the hefty backcountry touring fee — which usually tops $200 per person. 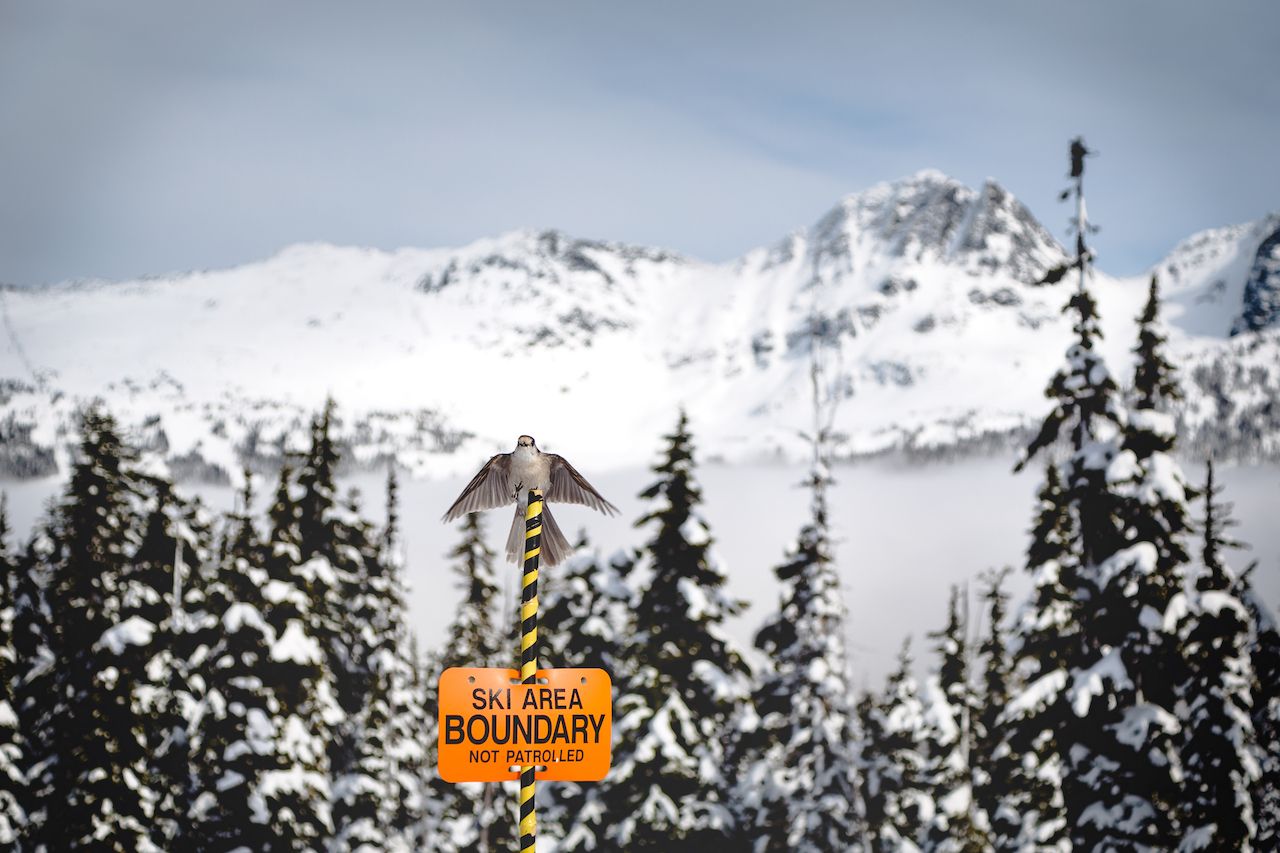 Equipment manufacturers have been both drivers and beneficiaries of the backcountry boom. Aspen’s Bockelman says the biggest technical advances in ski equipment in recent years have been centered on alpine touring. Traditional ski makers like Solomon have entered the backcountry segment, and European companies like Dynafit, which specializes in touring gear, now sell in North America.

According to Kristl, annual reports produced by the Snowsports Industry of America confirm that “the biggest growth segment in ski equipment is in backcountry gear.”

To make going off-piste seem less daunting, manufacturers have come up with the term “sidecountry” to describe ski areas you can access directly from a resort. “The industry has been pushing quite strongly for the media to portray [that terrain]… as ‘sidecountry,’” says Bockelman. In reality, though, he says, “There’s no such thing as ‘sidecountry.’ If you’re on unpatrolled terrain, it’s backcountry.”

As soon as you cross the ski area boundary, you don’t have ski patrollers doing avalanche controls or even skiing there at all. Beyond the resort, you’re “… not in a controlled environment. You no longer have immediate access to first aid. You’re on your own and you need to be prepared to be self-sufficient,” says Extremely Canadian’s Smart.

“Sidecountry is a giant misnomer,” says Bockelman. “It’s been a big thing in the industry for promoting clothes and gear. It’s not a safer zone. It can be more dangerous because you’re getting to the snow without going up first.”

That means you’re accessing a slope without getting a feel for snow conditions that day. Also, reaching the backcountry from the top of a lift means you could be skiing something much steeper — and hence more avalanche-prone — than you might have hiked to from a roadside trailhead or another non-resort location. 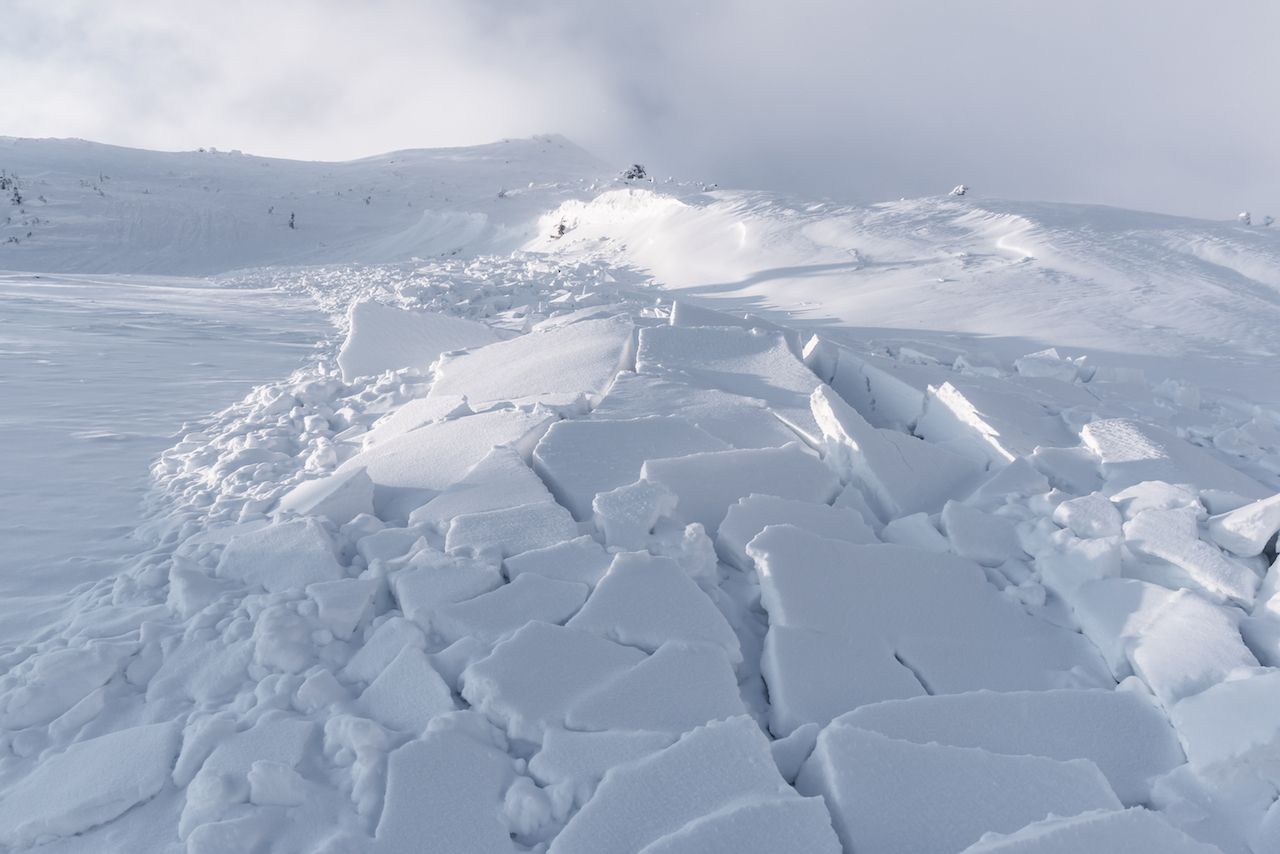 While mountain guides may cringe at the term “sidecountry,” they universally embrace the idea of people getting out of bounds. They just want people to do it safely.

Alpenglow started offering local guiding after recognizing that too many Americans were hitting the backcountry on their own, without proper training. “In Europe and Canada, it’s normal for people to hire a mountain guide,” says Kristl. In those places, mountain guides must also be certified. That’s not true in the US, so you should ask about a guide’s credentials.

“Other places around the world, you always have a guide,” says Bockelman. If you do plan to go yourself, he cautions that, “You need AIARE training,” referring to the acronym for the American Institute for Avalanche Research and Education. “You have no business going into true avalanche terrain without it.”

Horgan says she’s happy to see more people carrying the right equipment, but she adds that they also should practice using it beforehand. “You don’t want the first time you’re using it be when you’re digging someone out of an avalanche.”

In fact, all the mountain guide organizations we spoke with offer avalanche training courses, and they’re seeing more students every year. That’s a good thing because skiers setting off avalanches put not only themselves at risk but also any skier who might be below them, says Bockelman.

Lots of space to ski 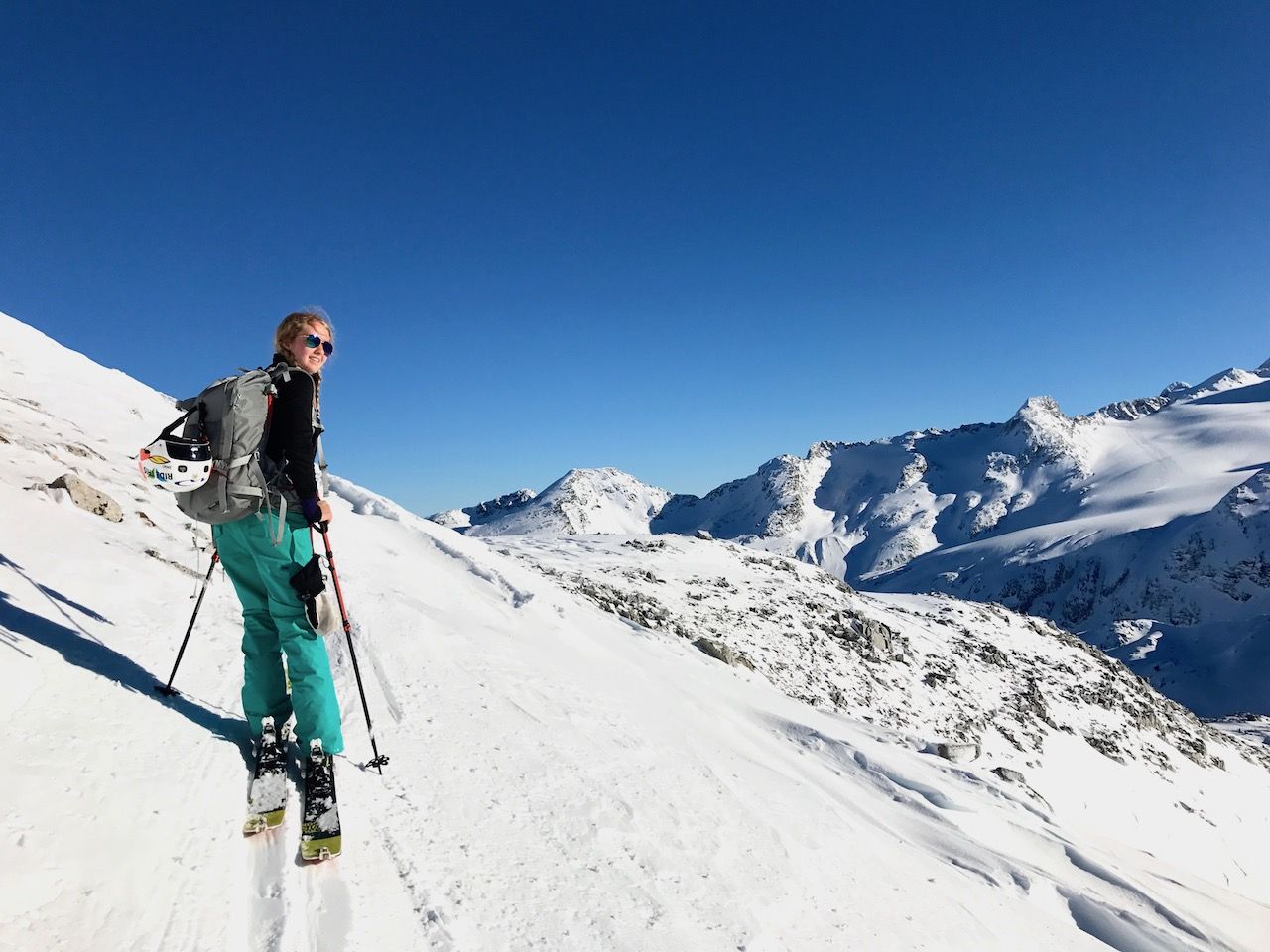 “We believe the healing nature of the mountains is a good thing,” says Alpenglow’s Kristl.

For his part, triathlete Blachford is spending more time skiing away from resorts this year. He just purchased his own touring gear and will spend a week off-piste in Europe this spring.

“I like the idea that skiing is about getting in there with the mountains and the environment around you,” says Blachford of his passion for the backcountry. “It’s about the outdoors.”

How to plan a backcountry ski trip
Tagged
Ski & Snow Insider Guides Aspen, CO, United States
What did you think of this story?
Meh
Good
Awesome