Most tourists visiting Australia make it to Sydney and hit hot spots like the Sydney Opera House and Bondi Beach. However, the small coastal town of Avalon often goes unheard of and unvisited. This makes it both a secret hideaway for the rich and famous and a place that continues to provide a relaxed lifestyle for locals. Flights to Australia from pretty much anywhere can be expensive and long, but ask those who’ve been to Avalon and they’ll tell you it’s well worth the 14 hours crammed in economy class. Fresh food, rip curls, and Australia’s famous sun make this badass surf town totally worth the day trip from Sydney.

How to get to Avalon from Sydney 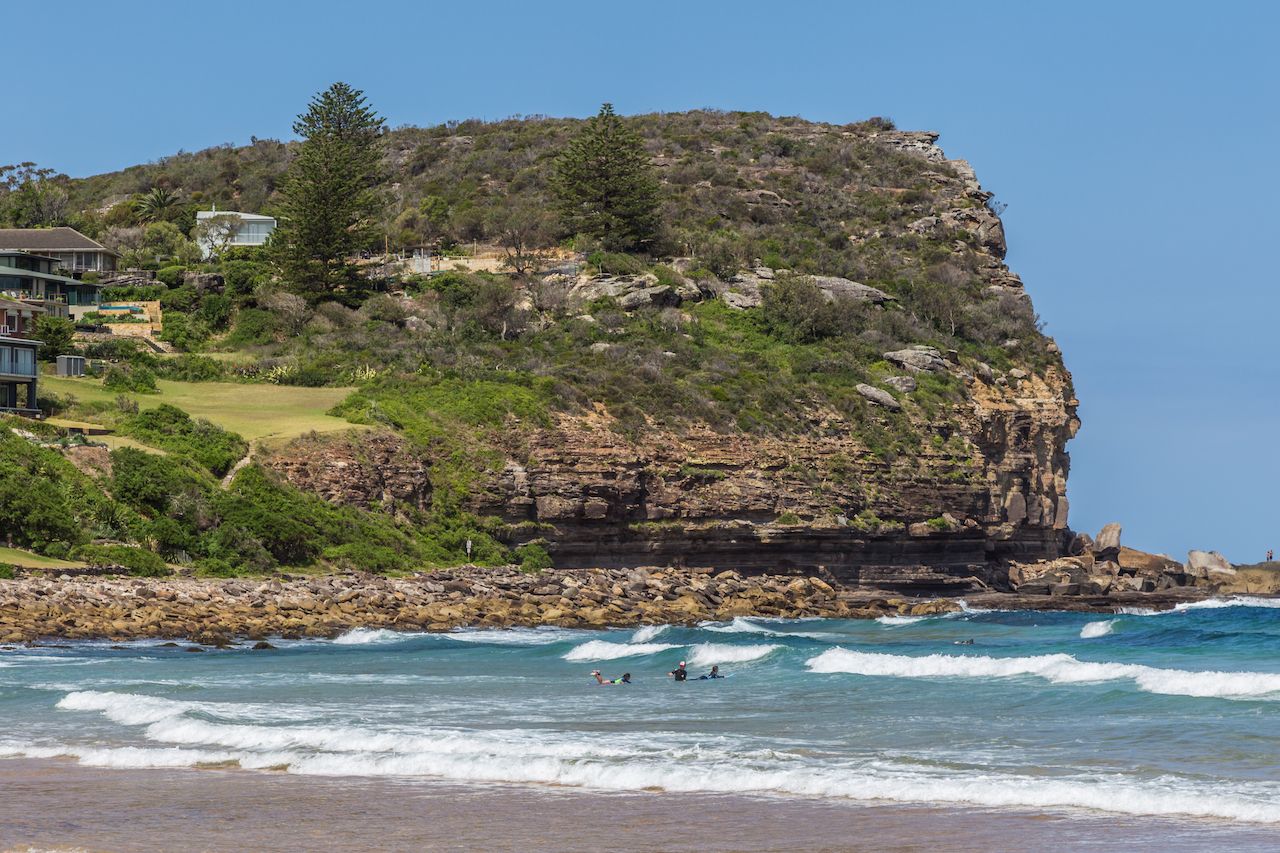 Avalon is only about 30 miles north of Sydney, but there are multiple routes to get there. If you’re driving, the fastest route is to take the M1 highway to the A8, heading north and hugging the coast. But the slightly longer M2 to A3 route passes by two national parks, Garigal and Ku-Ring-Gai Chase, and takes an additional 10 minutes (unless you stop to sightsee in one of the parks, of course). Be prepared for small tolls on both routes. If you don’t have a car, you’re looking at a 72-minute bus ride with one transfer about halfway there at the Collaroy B-Line station, from the B-1 bus to the 199. The fare is about $4.

Diving into the cafe scene 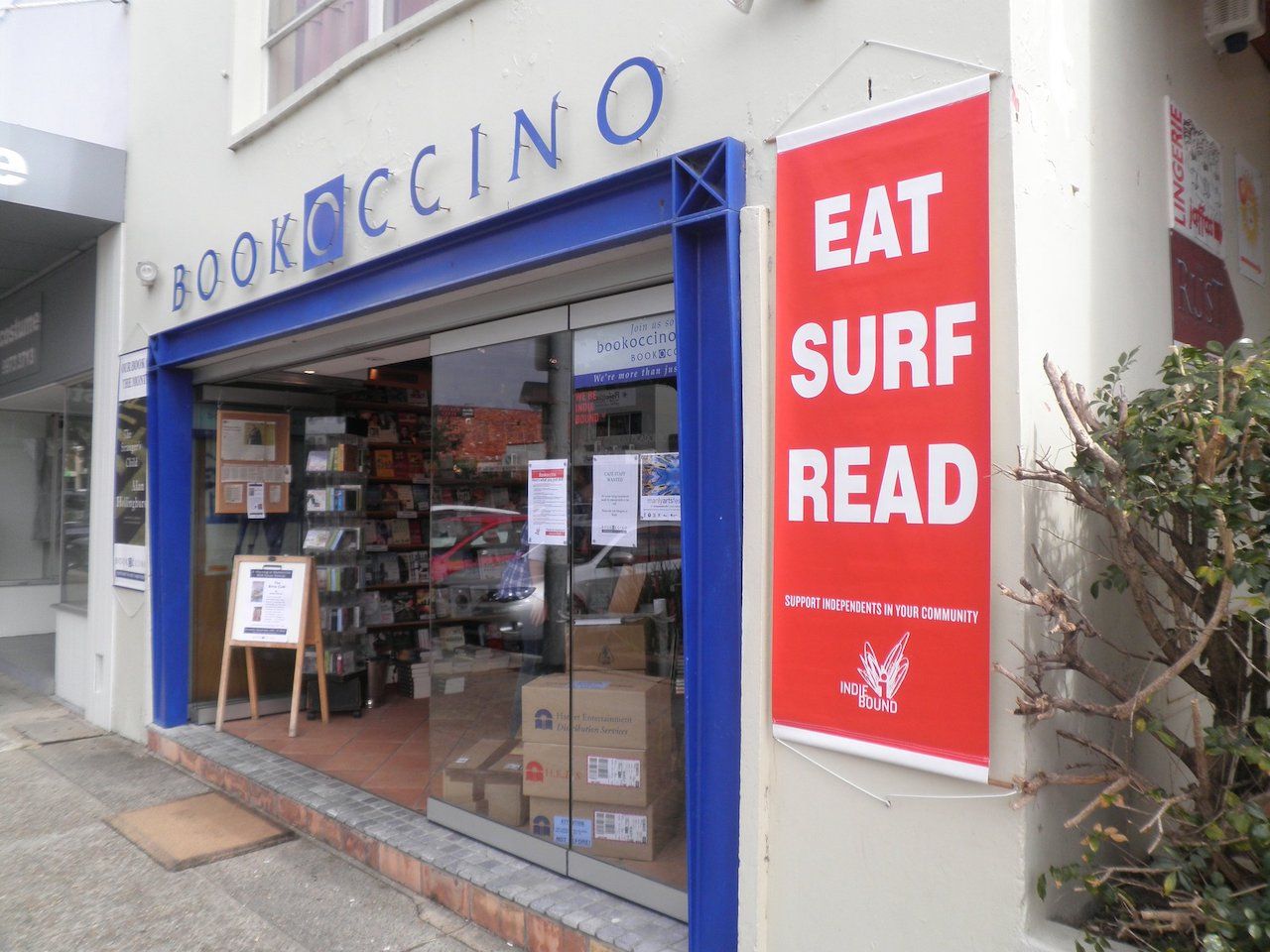 In the late 1990s, the hit TV show Baywatch had plans to relocate and film at Avalon Beach. Unimpressed with Hollywood’s takeover of their quiet surf town, locals insisted the show relocate after one episode was filmed. That said, Avalon is still a town where millionaires can frequently be found walking the streets barefoot with sea-salted hair, and it follows that the cafe and food scenes here are on point. The trick is to go where the locals go and where they aren’t fussed with celebrities or stardom.

At La Banette, just a few blocks from the beach on the Avalon Parade strip, the smell of buttery croissants and warm bread begins wafting through the salty air at 5:50 AM. This patisserie is so good that even the gluten-free are tempted to break their diet. But don’t sleep on the pastries as locals are prepared to start lining up bright and early before they sell out. If you come later in the morning, buy a $5 (about US$3.40) baguette along with some cheese and cold meats, and enjoy a cheap lunch on the beach. If you have a sweet tooth, opt for the $20 ($13.50) box of petit fours. It’s a little pricey, but beyond fish tacos, rarely does a small beach town do something this good.

On the cafe front, Bookoccino is a must-visit. It’s difficult to describe how important Bookoccino is to locals. This bookstore has been the heart and soul of Avalon’s surprising literary scene since the early ’90s and recently added a coffee shop and wine bar to its international collection of literature. Start your day with a cup of coffee surrounded by books at this newly renovated and beautifully designed bookstore, or grab a coffee to go and head to South Avalon Beach headland to watch the sunrise over the ocean.

Getting in the water 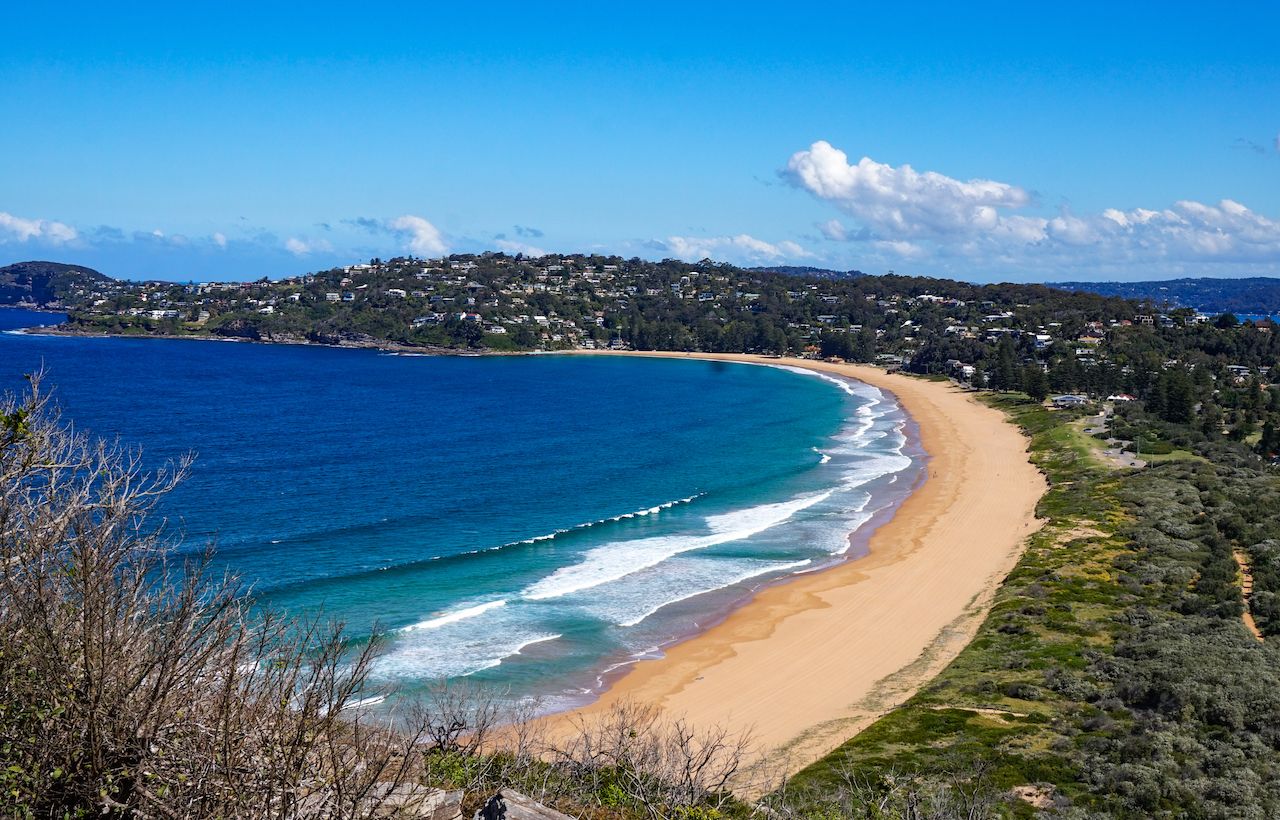 The town of Avalon may be little, with just 10,000 residents, but the surf is often not. You can’t visit Avalon without taking a dip in the ocean, but if you’re not accustomed to Aussie surf, don’t underestimate the power of even the smaller waves crashing onto the shore. Park yourself in between the red and yellow flags at Avalon Beach, or at least stick to the ocean pool at South Avalon. Avalon has produced multiple iconic water sports athletes, including bodyboarder Mandy Zieren and pro surfer Ces Wilson who, along with his brother Stephen, has been fortunate enough to surf some of the worlds best surf breaks. Still, the pair prefer Avalon.

“[Ces has] … surfed everything from Uluwatu to Mundaka, but Avalon is still his favorite place to surf,” Stephen Wilson told me. “The variety of breaks and the local vibe is unlike anywhere else. It doesn’t matter if you’ve never been on a board before or are a seasoned pro, there is a wave for everyone.”

Walking for the view 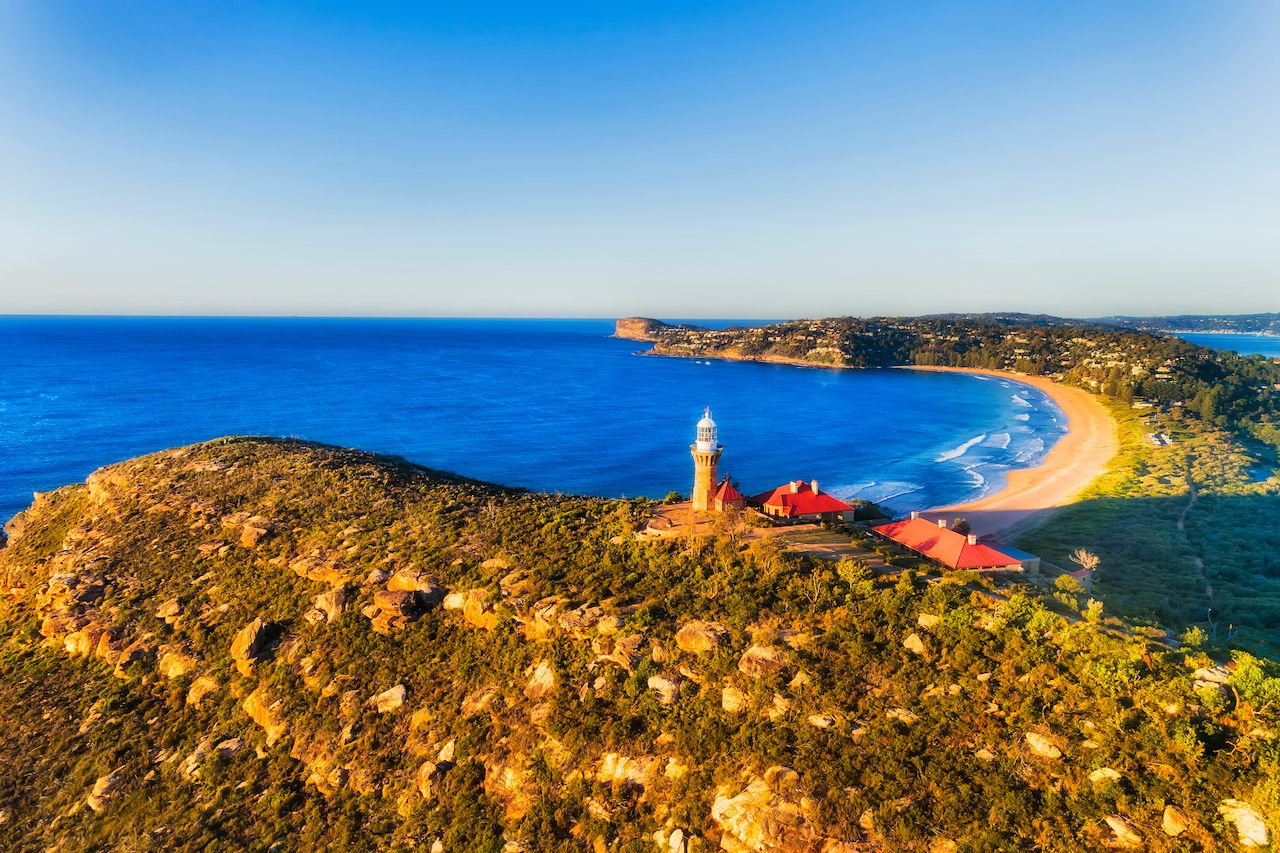 If surfing isn’t your vibe, head over to the Pittwater side of town to Clareville or Paradise Beach. With its swimming enclosure and wharf to jump off, it’s the perfect spot to take the kids and have a picnic or try stand-up paddleboarding. Palm Beach is a must-experience place to burn some calories after visiting La Banette, just a five-minute drive north of Avalon. The beach was made famous by the hit TV show Home & Away.

From there, take a walk to the Australian heritage-listed lighthouse at Barrenjoey Headland and marvel in its natural beauty. Forget the expensive Harbour Bridge climb; the lighthouse walk is free, and many locals would argue it’s the best view you can find anywhere in the Sydney area. The walk takes between 20 and 30 minutes each way, and you’ll be able to select from two different tracks depending on fitness level. One is more scenic but steeper than the other route.

The ocean has always been the core of Avalon’s identity. Pick up your beachwear and surf gear at Beach Without Sand. This surf shop first opened in the early ’80s and has provided Northern Beaches residents with the best-quality surf products and knowledge ever since, becoming something of a cultural icon in the process. Locals are fiercely proud of Avalon’s natural beauty and advocate that everyone keep the ocean and beaches clean. You won’t find plastic bags at the supermarket, and reusable mugs are always encouraged at the local coffee shops.

Hitting the town and spending the night 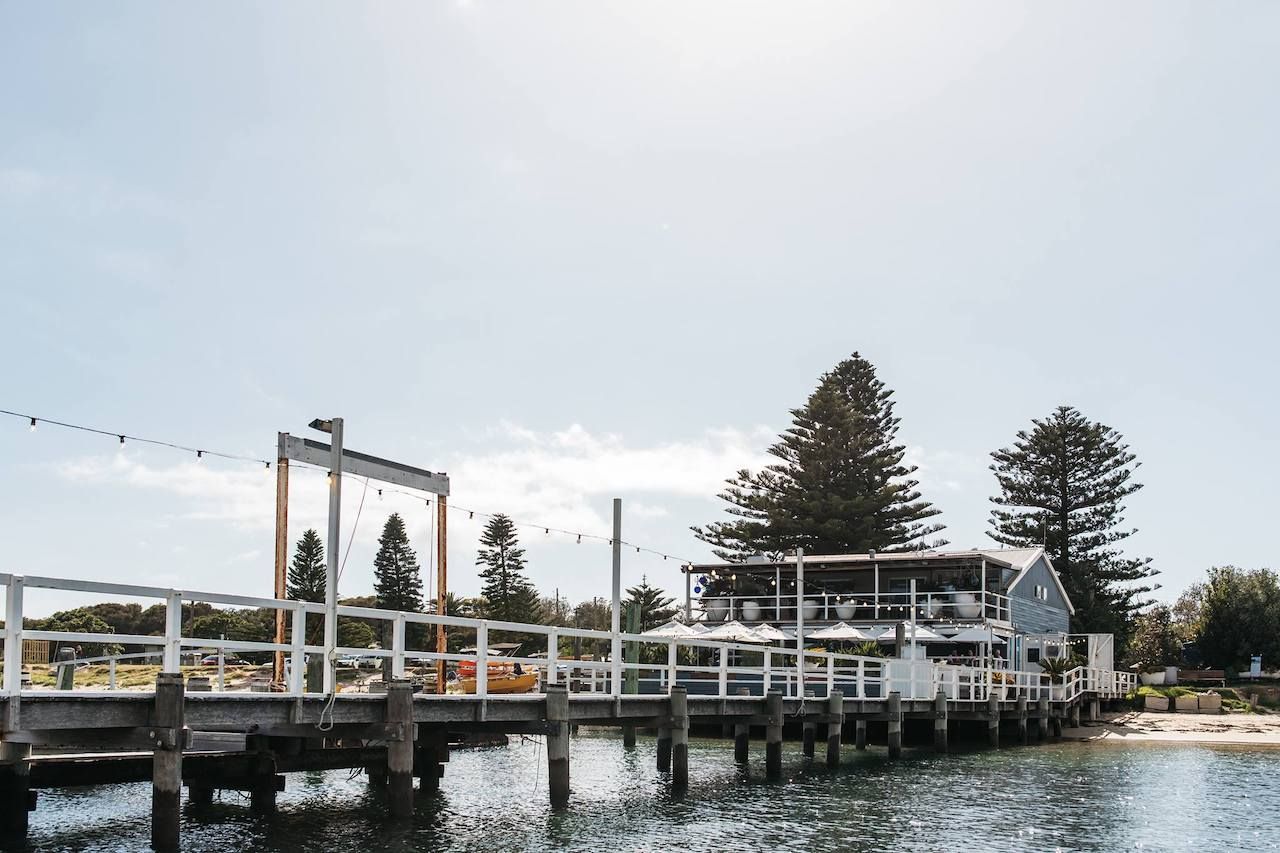 After your hike, treat yourself to a bucket of prawns and oysters at The Palm Beach Boathouse. This might be one of the most Instagrammed locations in Sydney. The restaurant’s attention to detail, vibrant floral arrangements, and water views make it an influencer’s dream. The hot spot in town at the moment is Alma, a Mexican inspired restaurant and bar focusing on fresh, locally sourced seafood and organic wines. Its prime position in town — it’s less than two blocks from La Banette — makes it the best place for a sunset spicy margarita while people watching over lime and chili crickets or tacos. For a nightcap, head to Flourish. The relaxed, sophisticated atmosphere often includes live music and always has a bloody good Negroni for $15.

As in any small coastal town in Australia, you won’t find large hotel chains in which to rest your head, but you will find million-dollar beachfront properties to rent via short-term rental sites. But I warn you, plan well in advance if you plan to visit during Australia’s summer. These holiday homes are often snatched up a year in advance if they aren’t used by their owners. Search on Airbnb for the surrounding suburbs of Palm Beach, Whale Beach, Bilgola, or Newport. There is everything from one-bedroom beach shacks to large beachfront properties with ocean views. Alternatively, check out Barrenjoey House or the iconic Jonahs if you’re traveling for just the weekend and wanting something romantic or special.

12 reasons you should never travel to Sydney with your kids

Ruminations on architecture as culture, the value of open spaces, and vans

18 signs you were born and raised in Sydney, Australia

10 sides of Sydney that you’ve never seen before

How the concept of home changes as you travel

Unplug from the world on the Greek island of Gavdos, Europe’s southernmost point