As a South America-based environmental journalist and travel writer that’s been covering (and consuming) ayahuasca for over a decade, I love seeing this visionary plant medicine having its moment in the spotlight. But with commercial ayahuasca retreat centers popping up everywhere, often charging hefty fees and employing loaded marketing efforts, I think it’s time to have a talk about the deeper implications of the rise of ayahuasca use in the West.

I will not tell you not to take ayahuasca. Quite the opposite. I believe it’s a powerful, needed, and highly relevant medicine and scientific studies prove it. For example, this 2019 Brazillian research, shows ayahuasca is effective in relieving depression, which is, according to the World Health Organization, the number one cause of disability in the world right now. Other studies show ayahuasca exhibits powerful therapeutic actions on serious mental health issues like addiction and PTSD.

Undoubtedly, the potent mental health benefits of ayahuasca are driving the boom. In fact, plenty of evidence points to an important role for ayahuasca in not just individual healing but social transformation at large. Ethnobotanist and plant medicine expert Dennis McKenna told The Guardian that ayahuasca is “changing environmental consciousness” just at the brink of time to save us from ecological catastrophe. Another example of the benefits of the medicine came from a recent collaborative study between Imperial College in London and Hebrew University in Jerusalem. Participants from Israel and Palestine were given doses of ayahuasca that resulted in empathic and compassionate dialogue.

But before you book a commercial ayahuasca retreat, it’s important to understand the issues of commercialization and cultural appropriation.

Ayahuasca is a natural substance that has long been part of the deep-rooted spiritual traditions of Indigenous Amazonian societies that use it in specific ritualized ways. Just like with any other spiritual tradition, these practices are not primarily focused on making money. They are usually also downright opposed to any commercialization of the tradition itself.

The organization Union of Traditional Yage Medics of the Colombian Amazon (UMIYAC) comprises spiritual leaders from five different ethnic groups — the Cofán, Inga, Siona, Coreguaje, and Kamëntsá — who practice spiritual healing ceremonies based on ayahuasca. The organization put out a statement that those who “seek profit” from this sacred ancestral medicine “put the mental, physical and spiritual health and even the lives of their own patients at risk.” 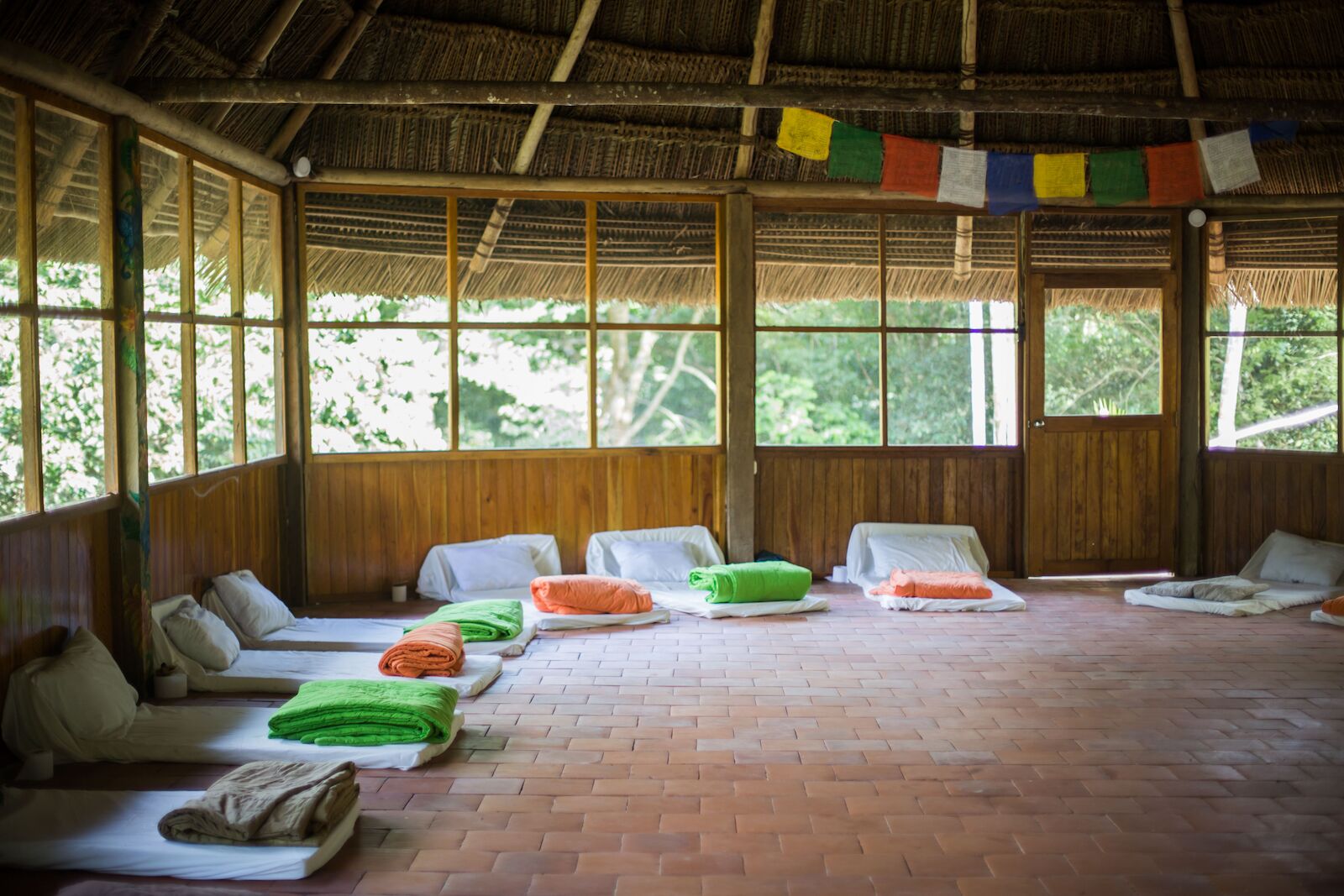 You don’t have to look very hard to see their warning being played out in real life. A recent Vice story lists a slew of “abusive” and “dangerous” practices that employees and clients experienced at the “luxury” ayahuasca retreat Rythmia in Costa Rica. The Cut reports a sharp “uptick” in sexual abuse reported at ayahuasca retreats in the Amazon, which correlates to the rise in commercial ayahuasca tourism there. There are several cases of unintentional deaths at commercial retreat centers and even the occasional murder. That’s how funky things get when power and money get involved.

I’ve seen this problem escalate with my own eyes. Many of the street kids in Iquitos, Peru, the epicenter of ayahuasca tourism, tell me they want to be a “shaman” when they grow up because that’s where the money and Western women are. And can you blame them when a foreigner down the road is making tens of thousands of dollars per retreat that sells the kids’ own cultural traditions while they suffer from high levels of poverty because of centuries of colonial-capitalist exploitation?

Indigenous Amazonian cultures have been under direct attack by Western colonizer-capitalist culture for hundreds of years. Not only is their existence as a culture threatened, but the Amazon forest itself is being destroyed. In fact, the Colombian supreme court classifies all five ethnicities that make up UMIYAC as being in danger of “physical and cultural extinction.”

According to the UMIYAC statement, cultural appropriation “reduces the resilience of our peoples in resistance, putting our lives and those of the Amazonian ecosystems we want to conserve and protect at risk.”

A commercial retreat center owned by a Westerner and designed in alignment with the Western capitalist model of profitability perpetuates the system that is destroying the forest and its inhabitants. In an article published in the scientific journal Jstor Daily, writer Mark Hay explains that when Westerners shell out large sums of money for a commercial ayahuasca experience, they “contribute to the wanton commodification and fetishization of the cultures whose practices they wish to insinuate themselves into, or to co-opt.”

In other words, cultural appropriation is colonization. But it doesn’t just damage these Indigenous societies, it also changes the ancient tradition into something that does not carry the same healing potential.

Indigenous peoples have cultivated and guarded the traditions around ayahuasca for thousands of years, and it is no coincidence that they have also guarded and tended the Amazon rainforest, the most bio-diverse ecosystem on earth, during this time. In fact, according to on-the-ground non-profits like GAIA Amazonas, Indigenous people protect the rainforest better than it was designated as a reserve or national park.

Tapping into the true transformative power of ayahuasca

In my opinion, ayahuasca truly is a medicine for our time that will play an important role in building a sustainable, just, and healthy society. Its ability to bridge the mind-body gap and teach so us vividly how emotions like hate, greed, and envy are damaging our lives and the planet make it an invaluable magical medicine that has popped up onto the global landscape just at the nick of time.

But there are many alternatives to commercial ayahuasca centers. Indigenous people are introducing Westerners to not just ayahuasca, but the millennial wisdom of their cultures. Some are inviting outsiders into their communities. Some are traveling the world, albeit in sometimes clandestine ways, holding ceremonies.

Decriminalize Nature, is a fast-growing grassroots movement with many Indigenous people behind the helm. It has been successful at passing laws in areas like my hometown of Oakland and the state of Oregon that allow personal use of plant medicines, including ayahuasca. The local chapters organize community-based ceremonies and integration circles that happen outside the sphere of commercialization.

If you do go to a Western-owned, run, or organized ayahuasca retreat, make sure it is connected to, supportive of, and aligned with an Indigenous community or organization. The Indigenous Reciprocity Initiative of the Chacruna Institute links ayahuasca and other plant medicine projects in the West with Indigenous organizations in need. Because Indigenous people have nurtured this medicine since time immemorial and are now on the frontline of our ecological crisis, make sure that any money you pay goes towards helping them, too.

CannabisHow To Plan the Perfect Weed-Inspired Trip To America’s Cannabis Heartland
Tagged
Cannabis Culture Wellness
What did you think of this story?
Meh
Good
Awesome