Many high-altitude through-roads in parks often close in winter, leaving skiers and snowboarders to strap on their skins and earn those turns. The good news is that no matter where you live in the western United States, backcountry turns inside national park boundaries are doable. And these five national parks offer particularly intriguing lines.

Before heading out, dive into Matador’s guide to planning a backcountry ski or snowboard trip for safe trip planning and stock up on the latest ski trip gear. 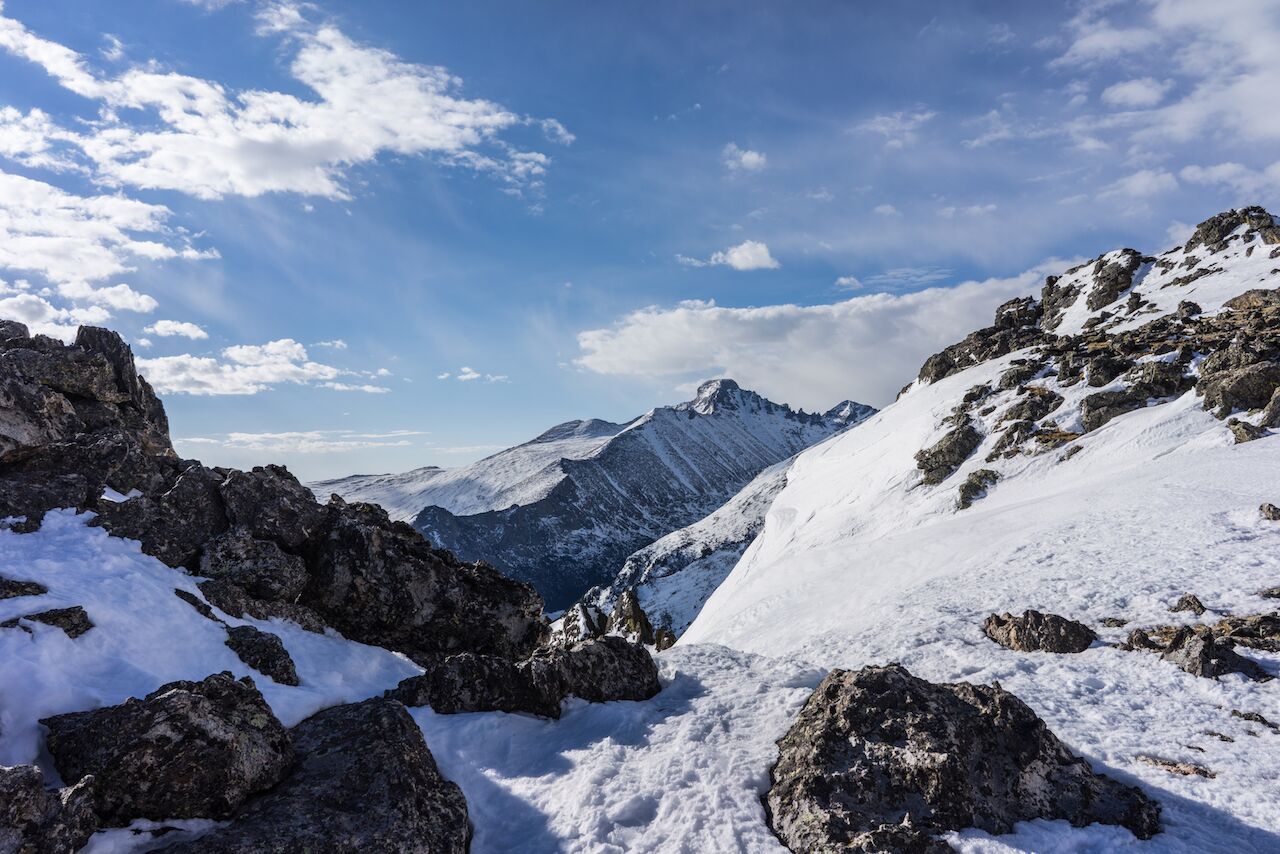 About 90 minutes from Denver, Rocky Mountain National Park offers some of the most accessible touring terrain near the city. Being the alpine sanctuary that it is, RMNP (in local parlance) is loaded with ski lines.

Hidden Valley is the most popular trailhead for backcountry touring in Rocky Mountain National Park. There, you’ll find beginner and intermediate terrain accessible in with as little as 30 minutes of climbing. And there’s a reason the national park’s backcountry skiing is so amazing: it used to be an actual ski resort, lift included. You can still see the wide-open run where the non-backcountry skiers of yore made their turns. You’ll use the same run, or at least the bottom part of it, to return to the parking lot. For a longer and more challenging route, follow the skin track up until after it crosses the highway switchback and ducks into the trees.

Experienced skiers and splitboarders will want to head to the Banana Bowls. If you’re able to commit to a 2-hour hike, your reward is a long 30-degree cruiser that offers unbeatable views across the Continental Divide from from Flat Top Mountain. And skiing in the bowls doubles as a geography lesson. The snow here feeds into the Colorado River (formerly known as the Grand River), which flows from RMNP through Grand County and across western Colorado before cutting through Utah towards the Grand Canyon. You’re literally skiing the snow that feeds the most important river in the American West. 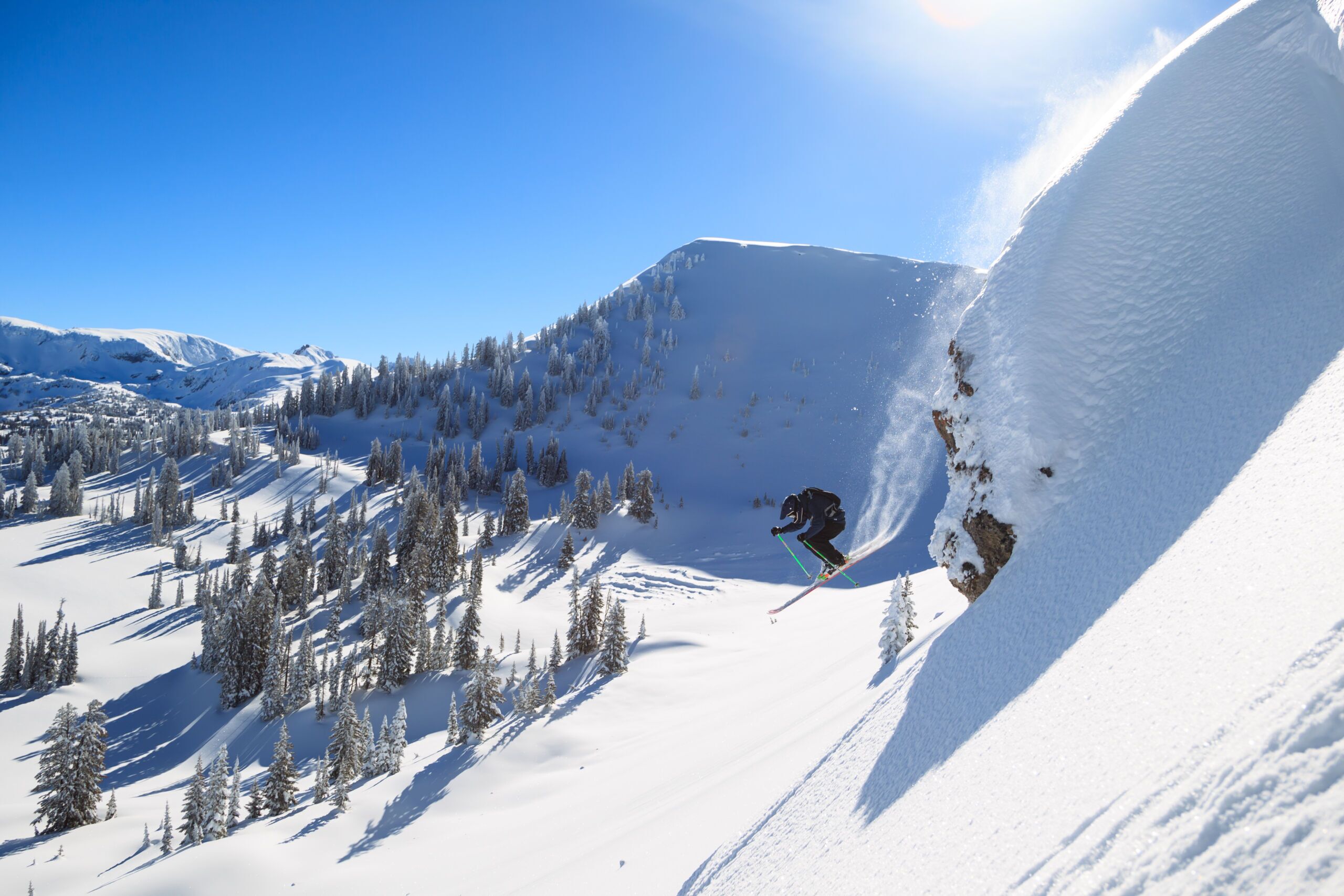 The Taggart Lake trailhead puts you in the Grand Tetons within an hour. It takes just a quick glance at photos of the Tetons for it to be apparent that mellow cruisers aren’t really an option, so tune your edges and be prepared for steep ascents and descents.

From the skin track, turns on 25 Short and Maverick’s are accessible for intermediate and advanced skiers or riders. For a real mountaineering experience, grab the crampons and ice axe and hit the trail early to reach Apocalypse Couloir, Silver Couloir, or the famed Northwest Passage. Guided tours are available and encouraged with reputable operators like Samsara Experience, led by iconic big-mountain athlete Zahan Billimoria. Heads up: expect a $30 fee to enter and park in the lot unless you’re with a tour or in a commercial vehicle. 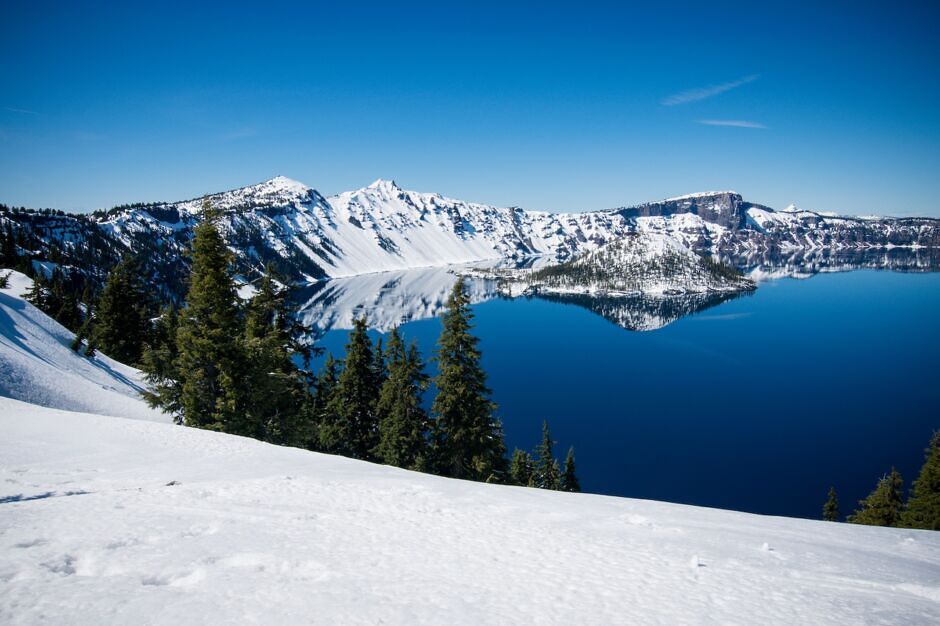 For picture-perfect snow-meets-water views, Crate Lake National Park backcountry skiing can’t be beat. The views are on par with skiing Homewood Mountain Resort at Lake Tahoe, which has trails that look like you’re going to ski directly into the massive lake.

The West Bowl and West Chute off the park’s Garfield Peak are the most iconic lines in Crater and both accessible via a tour of around four miles. Plan two hours of travel time to reach the transition point. The runs are steep — 30-degrees or more in many spots — but offer open turns for those not comfortable winding through tight trees. And, bonus: the 1,200-foot descent leads right back to the trailhead, meaning no need to transition back to tour mode or deal with a grueling hike out after your run. Not ready to commit to long lines? Applegate is another great run. It’s more mellow and open but offering equally striking vistas as you send it downhill. 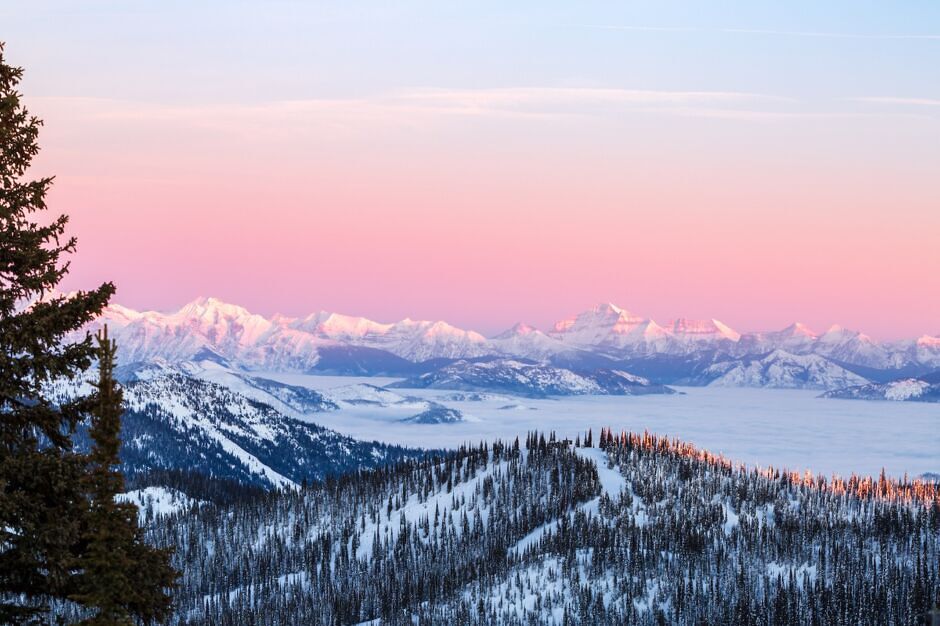 Nothing about skiing in Montana is small. The lines are big. The ascents are big. And the views are even bigger. And Glacier National Park’s backcountry skiing is proof. Sure, you can take it relatively easy and stick to the low-angle trees of Marias Pass or the open run above Lake McDonald. At both those sites, the uphill takes an hour at the most and knocking back two or three laps in a half-day is totally doable if you hustle. But the big turns happen deeper within the park.

The Apgar and Two Medicine trails lead to bigger runs with longer tours, going as far back and as high up as conditions and time allow. Be sure to pack plenty of food and water, and don’t forget emergency gear. The park’s furthest-in trails are extremely remote and reaching your crew (or a rescue crew) in an emergency can take some time. 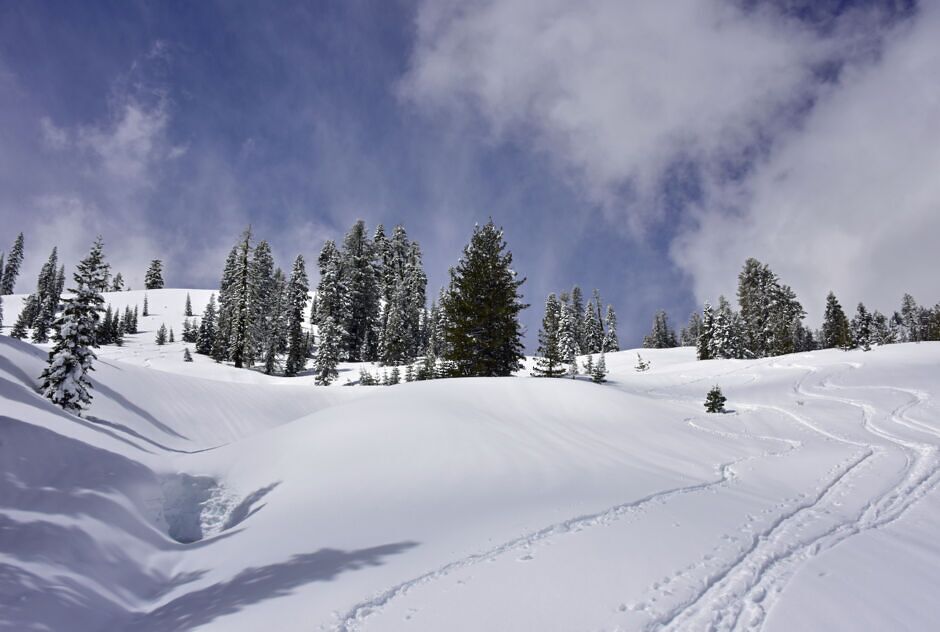 Lassen Volcanic National Park is the wild card on this list of the best national parks for backcountry skiing. You might not think backcountry skiing on a volcano sounds like a good idea, but the North Ridge of Lassen Peak gets as steep as 45 degrees (though much of the riding is far more mellow). The peak offers more than 3,000 feet of vertical and big, wide turns. Plumes of sulfuric steam greet you as you arrive down towards the base of the mountain, and your crew will likely have the benefit of being the only people there to revel in the unique experience; it’s one of the least-crowded parks in the park system.

When headed to Lassen, set aside a full day. Hiking 3,000 feet of incline takes a while (though if you go in May, the road will likely be open to take you much of the way). In winter, the skin up is much farther and you can’t shuttle to lessen the burden.

Like the backcountry ski legend Jeremy Jones says, “The attraction of snowboarding is the freedom it gives you.” Even if you’ve skied the countru’s biggest and best resorts, few experiences are as freeing and satisfying as earning your turns via the “Heel-toe Express.”