Professional mountain guide Zahan Billimoria has been through a lot in the high country, both physically and emotionally. Patagonia reveals his journey in a new documentary called Solving for Z, A Calculus of Risk. The short film follows Billimoria on ski and climbing expeditions in stunning terrain and in his hometown of Jackson, WY, illuminating the tough lessons that come with a high-risk lifestyle. Rarely is personal narrative used in such an actionable manner. Exploring the gap between perceived risk and actual risk, the film hammers home essential techniques to prepare for and stay safe in the backcountry. Here are the biggest takeaways from the film to apply to your own outdoor adventures. 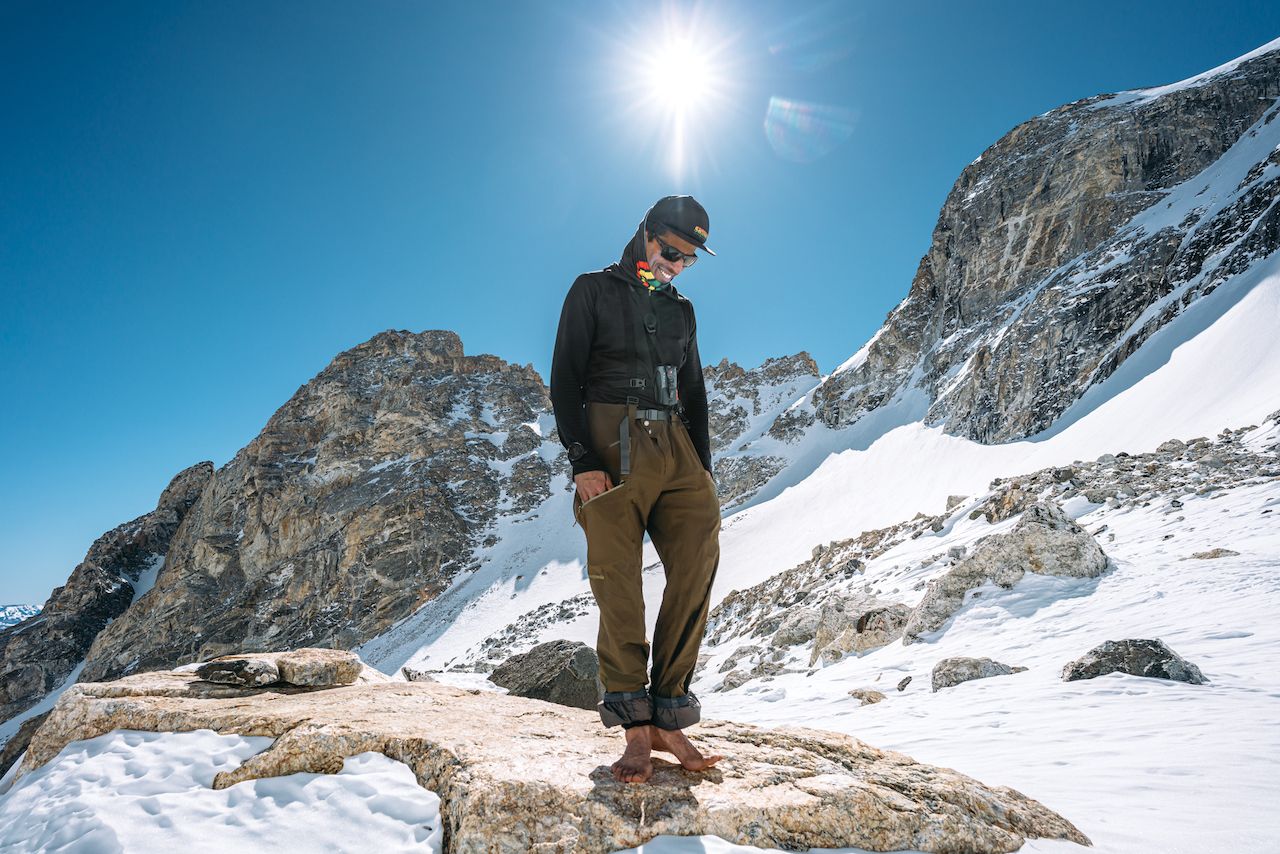 Billimoria, who was born in London, grew up in Switzerland, and now resides with his family in Jackson, has spent the better part of his life learning how to properly approach extreme terrain. It’s a never-ending process, one that requires constant recalculation and training, especially when dealing with conditions that can change almost instantly due to everything from the addition of wind or snow to the time of day and location of the sun in the sky.

“There’s always this gap between what we perceive is going on in the mountains, and what’s actually going on,” Billimoria says in the film. “As we get more in tune with the mountains, through experience, education and everything, we narrow that gap.”

To help younger adventurers learn and gain this experience in the high country, Billimoria founded the Samsara Experience, an outdoor education guide service and school that trains outdoor athletes in the practice of athletic performance, both mental and physical. What they learn has been gleaned from generations of mountaineers, passing down the knowledge of objective risk assessment from one generation to the next along with how to calculate and approach that risk.

The mountains can be home, even when you don’t fully understand them

“The first time I laid eyes on the Tetons, I’d been waiting for that sight since we left Massachusetts,” Billimoria says in the film, of when he and his wife decided to quit their jobs on the East Coast and head west. “I just stood there and I thought, ‘I’m home.’”

A passion for climbing and skiing landed the pair in Wyoming, where they’ve lived ever since. He found growth and evolution, becoming more engaged with the mountains and bringing his lifelong goal of becoming a mountain guide to fruition. He’d never felt so at home, he notes in the film, feeling that the sky was the limit for his career.

Surround yourself with people who are more experienced than you

After moving to Jackson, Billimoria surrounded himself with the local mountaineering and climbing community, rubbing elbows not only with local guides but with athletes and influencers including Jeremy Jones and the Teton Gravity Research team.

In doing so, Billimoria learned from many who had spent more time in the backcountry and could pass knowledge and instinct onto him. In his journey to becoming a mountain guide he learned many things. Much of it is mental — when approaching an objective such as a climb or descent, judge your “concern level,” react accordingly, and convey your feeling to the group. Look at the situation from beyond yourself, as if you were seeing it from above or from someone else’s perspective. And, no matter how good you are, know that you are sometimes going to misread the situation.

Confidence can be taken away in an instant

“I came to a point where I thought, if you’re studious and engaged enough you’ll be fine,” Billimoria says.

But in 2015, tragedy struck. Billimoria was on a ski ascent on Mount Moran with three other climbers when what he thought to be a small sluff avalanche making a “hissing” sound appeared above. His three partners were washed out, unable to be seen. Two of the four were killed in the incident.

“You just looked down and you knew, like, life’s going to be different, permanently,” Billimoria says in the film.

Billimoria stepped back and reassessed his relationship with the mountains. He began spending time on simpler terrain, attempting to regain the passion he’d long felt for the alpine. Take it too far, it seemed, and the trajectory of progress could be swiped away in an instant. Is it worth it to constantly push boundaries? Perhaps, the film conveys, the passion stems from the process of an adventure itself, rather than the perceived outcome.

The goal shifted, not in terms of being good at what he does, but in how he pursued his passion. He wanted to share his love of the mountains with others. On his return to guiding following the incident, he placed a heavier emphasis on education. He formed the Samsara Experience in the hopes of passing his passion and knowledge onto a younger generation, in hopes that his students could grow what they learn and progress their knowledge and skills even further than his generation had.

In the end, proper planning and execution work to close the risk gap

“I think I’m an infinitely better gauger of risk than I was before,” Billimoria says in the film. With a family that loves him and a community that supports him, making it back home at the end of the day — not a summit or sick ski line — marks the conclusion of an expedition.

“I absolutely have every intention of surviving my career, all the way to the very end. That’s my goal,” he says.

In the end, the mountains call — and with proper planning, training, and execution, coupled with a willingness to pull the plug and hold the adventure for another day when necessary, that call can be answered.

And when it is, says Billimoria, “It can be dangerously empowering.”

The wildest pavilions on display at Expo 2020 Dubai right now
The 8 best movies and shows to watch before going to Paris
Every roller coaster at Cedar Point, ranked
5 must-visit music venues off Nashville’s main drag
American Airlines tells Olivia Culpo to ‘put a blouse on’ before boarding her flight to Cabo