Recently, after arriving on a flight from Houston into LAX, I stood amongst the other passengers waiting to retrieve our belongings at baggage claim. The carousel had just started turning when a woman pushed through the crowd towards the carousel. “Excuse me, first-class passenger here, I need to get up to the carousel,” she proclaimed loudly to everyone within earshot. This caught me by surprise, not so much because of its blunt rudeness but because I realized I’d never given the topic any thought. Do first-class passengers get their bag first at baggage claim? Or are we all subject the same anxious wait for our belongings to drop onto the carousel? A research rabbit hole session ensued, revealing that the system of claiming baggage is one of good intentions often overshadowed by simple complications. Here’s the lowdown. 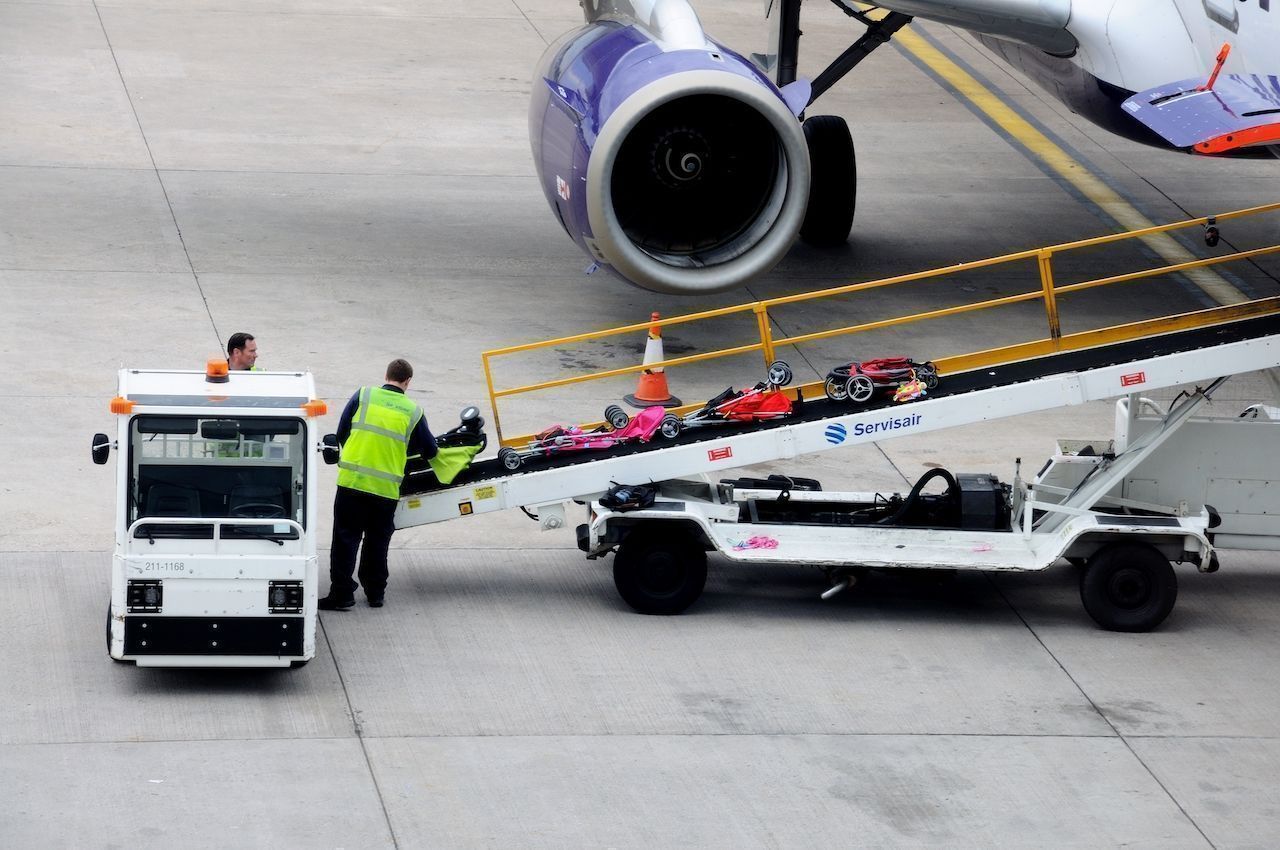 On average, it takes eight minutes to move a bag from the airplane to the carousel, according to the New York Times, which analyzed baggage wait times at George Bush Intercontinental Airport in Houston. Flights with a lot of oversized bags, such as ski travelers flying into Denver International Airport, take slightly longer — a quick Google search returned multiple forum threads noting 10-15 minute wait times for ski bags at DIA.

Neither seems obscene, given that the average walk time from plane to baggage carousel comes in at around seven minutes at most major US airports. But for those hoping to book an Uber before everyone else or get to the public transit station before the next train departs, every moment counts. It comes down to how fast bags are unloaded, moved across the tarmac, and sent to the backend of baggage claim. This is a straightforward process but depends on simple factors such as how many bags there are, how big the airport is, and whether or not a carousel is immediately available. No matter how much you paid for your ticket, there’s no getting around the human factor.

The early bird gets the bag

All data I found points to one overarching takeaway: If you want to be among the first to walk away from the baggage carousel, you’d better get to the airport early. This is especially true if you aren’t first or business class, as you’ll want to get your bag into the airline’s hands before the other economy passengers do so. A customer service rep with United told me over the phone that the process essentially comes down to a first-on, first-off system. “If you’re one of the first passengers to check-in and board the plane, you should be one of the first to see your baggage at the carousel,” she said. The bags that get to the plane first are loaded first and should also the first ones to hit the carousel at the arrival airport.

When asked specifically if that refers to first-class passengers, she said no.

A Delta rep got more specific, saying, “Most of the time, yes, the first-class passengers should get their bag first because they are loaded first onto the plane.” She was hesitant to confirm that this was always the case, however. If you aren’t flying first or business class, there is further evidence for our early-bird-gets-the-bag theory, given both United and Delta’s grouped boarding systems that divide passengers into separate groups that each board together. First-class passengers are almost always among the first ones on the plane, followed by the airlines’ rewards members and those who arrived at the baggage check-in the earliest. If you happen to be in one of those three categories, you’re looking good for a quick baggage retrieval on the back end.

So, how quickly can I expect to see my bag?

Generally speaking, the first-on, first-off system is set up to benefit first-class passengers and those who arrive early to the airport to check in their bags, though there are exceptions. The most common of these is a passenger taking more than one flight to their final destination. You may have arrived at the airport three hours before your first flight and been the first on that flight to send your bag away with the airline. But your layover is likely to throw that early arrival to the wind. True, your bag should be among the first off that first flight, but there’s no guarantee that it will be at the front of the pile when it gets loaded onto the next flight. This is especially true if you’re swapping airlines during international travel, as even partner airlines may have different policies or ways of organizing luggage. The more flights you take, the more likely your luggage is to be blended into the general mix of bags bound for a specific plane or city.

First- and business-class passengers should, at least, be able to assume they won’t be the last passengers retrieving their bag. But you know what they say about making assumptions. Your best bet is to plan on the average wait time and budget in a few extra minutes as a cushion. No matter how well organized the system is, in the end, whether or not first-class passengers can expect their luggage before everyone else is a game largely decided by chance, not a right. So don’t be an entitled jerk about it.

Business TravelSign Up for These Programs To Make Travel Easier in 2022
Tagged
Airports + Flying Insider Guides
What did you think of this story?
Meh
Good
Awesome