Atlanta might not be the first city that comes to mind when you think of Southern barbecue, but the capital of the new South has plenty of amazing meaty joints. There are no-frills, classic barbecue joints right alongside modern takes on smoked meat that fuse elements from another cuisine or include some vegetarian dishes into the mix. If you’re looking for great barbecue in and around Atlanta, these eight places are best bets to get your fix. 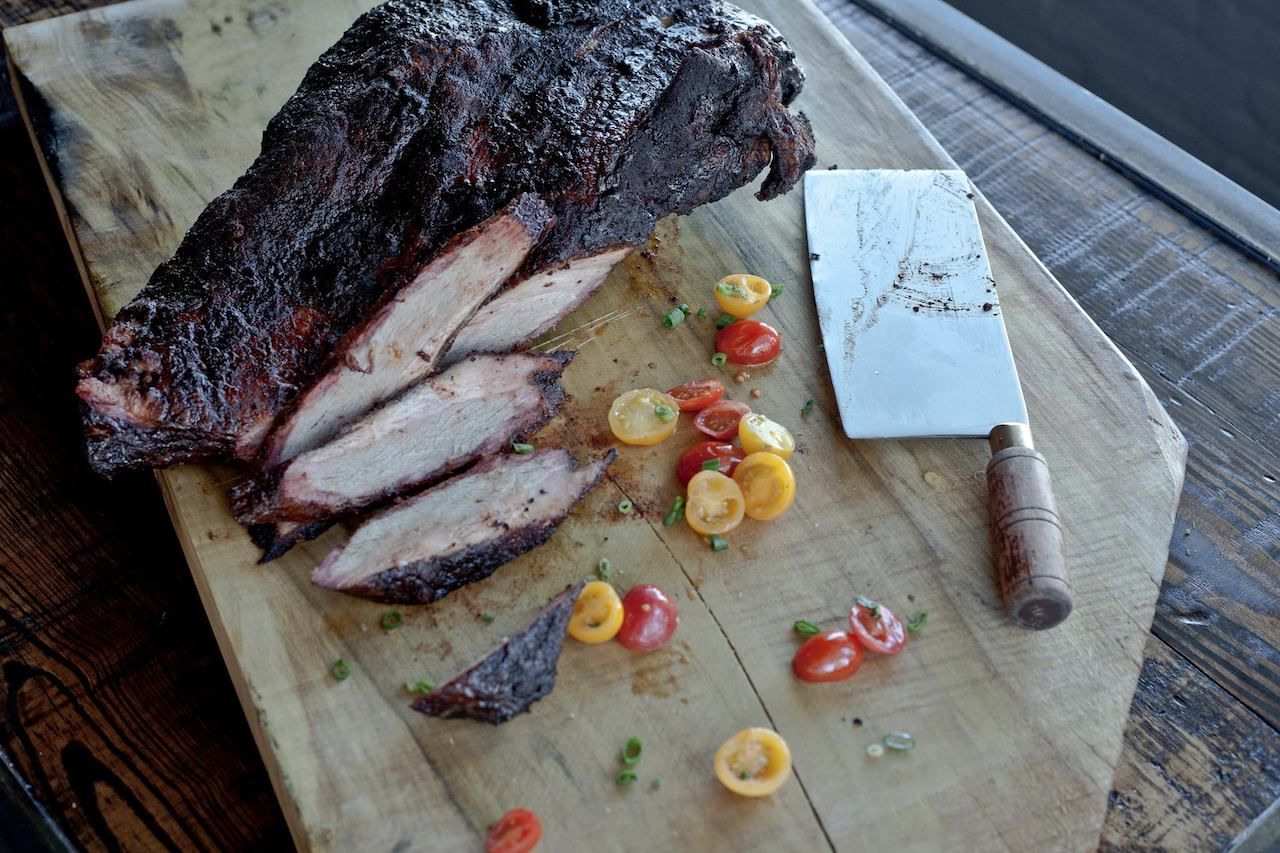 If you’re looking for traditional Southern barbecue with a twist, Sweet Auburn is a must-visit. Brother-sister team Howard and Anita Hsu grew up working in their family’s restaurants, where they gained a passion for food and hospitality at a young age. They currently operate two locations in the city: their original stand at the Sweet Auburn Curb Market and a full-service restaurant in Poncey-Highland. On the menu, you’ll find a mix of barbecue classics like pulled pork and Memphis-style baby back ribs along with Asian-inspired dishes like pimento cheese wontons and Korean bulgogi beef tacos. 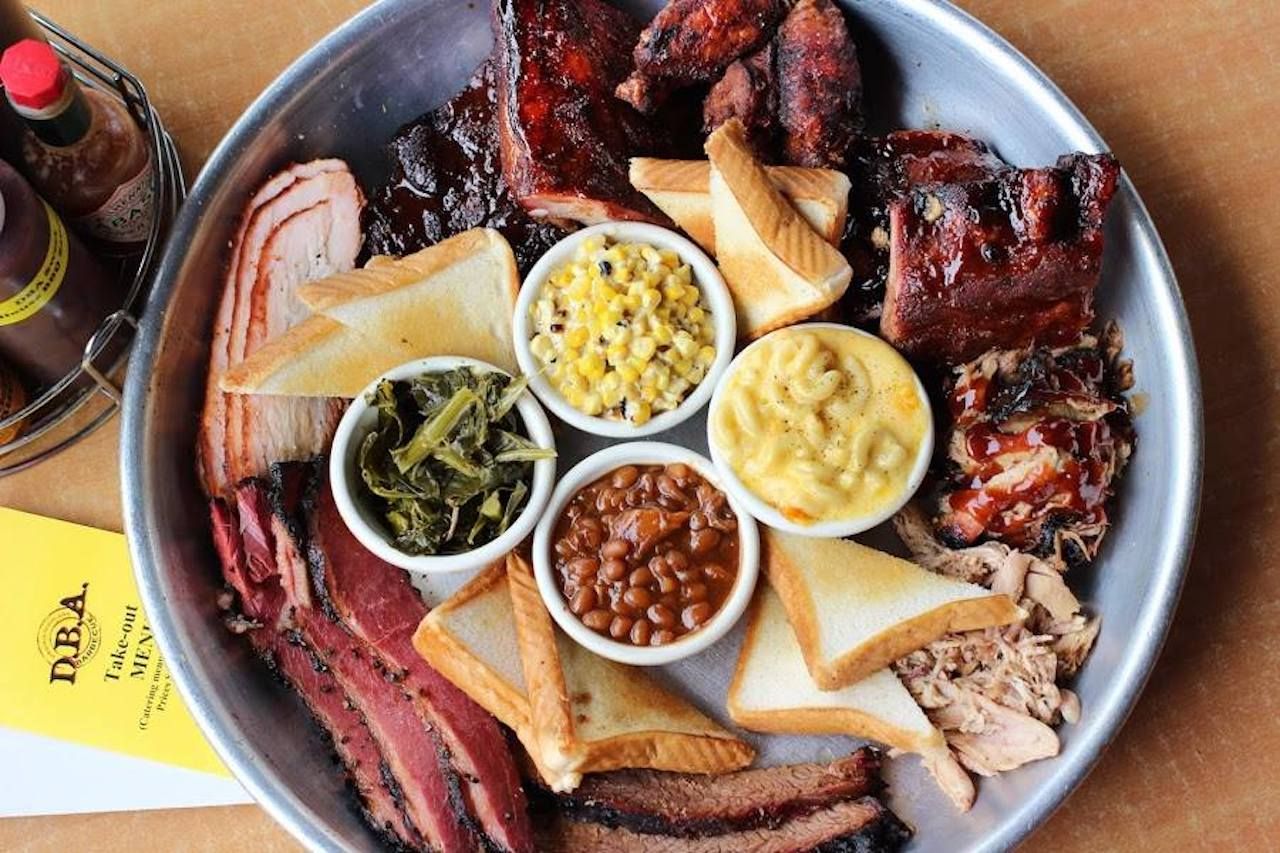 This is the place to come for beautifully smoked meats, local craft beer, and a rambunctious patio that will get you ready for a night out in the city. D.B.A. Barbecue is located in Atlanta’s Virginia-Highland neighborhood and serves barbecued meat that’s been slowly smoked with sweet hickory. The excellent smoked wings come with a choice of six different tangy sauces, ranging from Sweet BBQ to spicy Hotlanta. Burgers are served alongside the usual suspects like brisket and turkey, but the 14-day, house-cured, and smoked pastrami is the move. Sides like fried jalapeños and pimento cheese with get you in the Southern spirit. 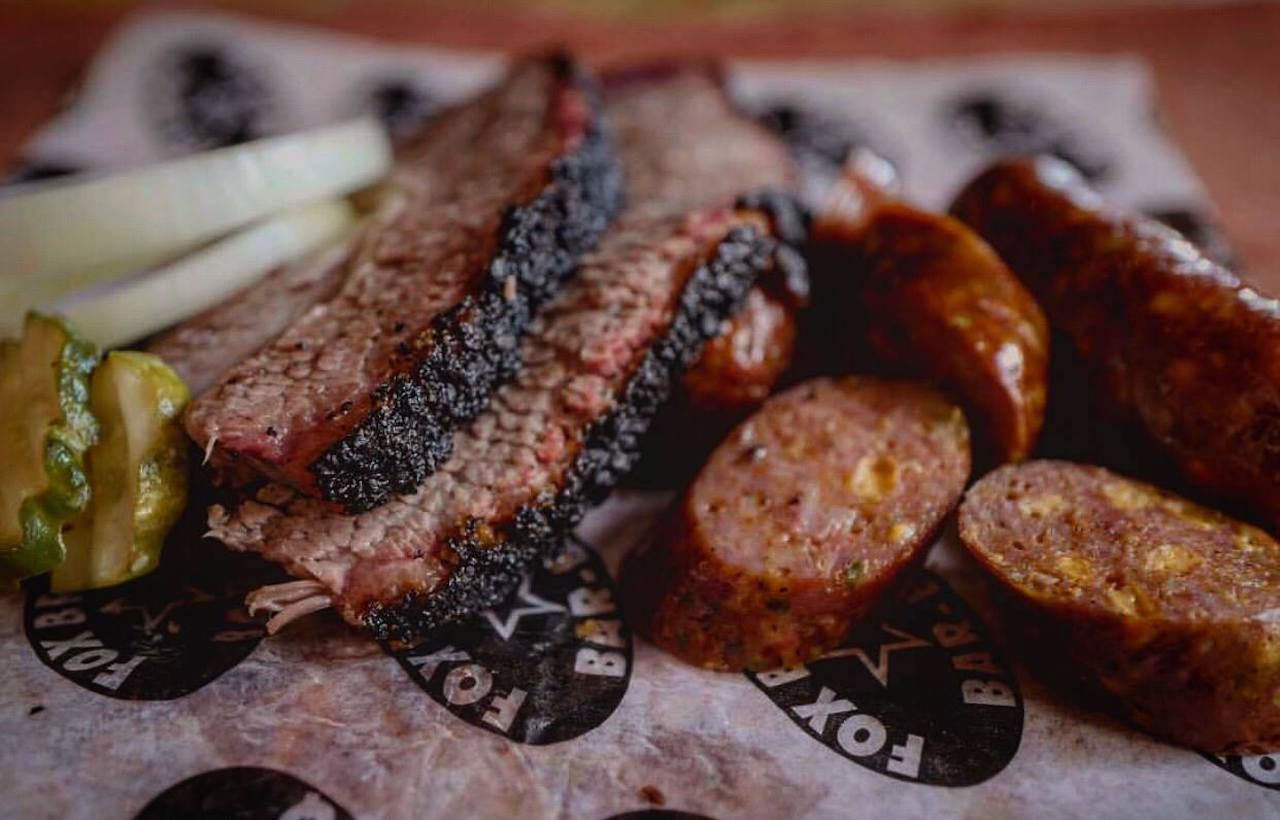 After twin brothers Jonathan and Justin Fox moved from Fort Worth, Texas, to Atlanta, they were homesick for the comforting flavors of Texas-style barbecue. So they began cooking for family and friends, and eventually a barbecue catering operation was born. They opened Fox Bros. Bar-B-Q in 2007, and have been serving their signature smoked meats ever since. Fatty beef brisket is the move here, but you really can’t go wrong with anything else on the menu like pulled pork and smoked chicken. Chicken fried ribs and brisket chili-smothered tots are perfect for sharing, and vegetarians can enjoy the smoked portobello mushroom sandwich. 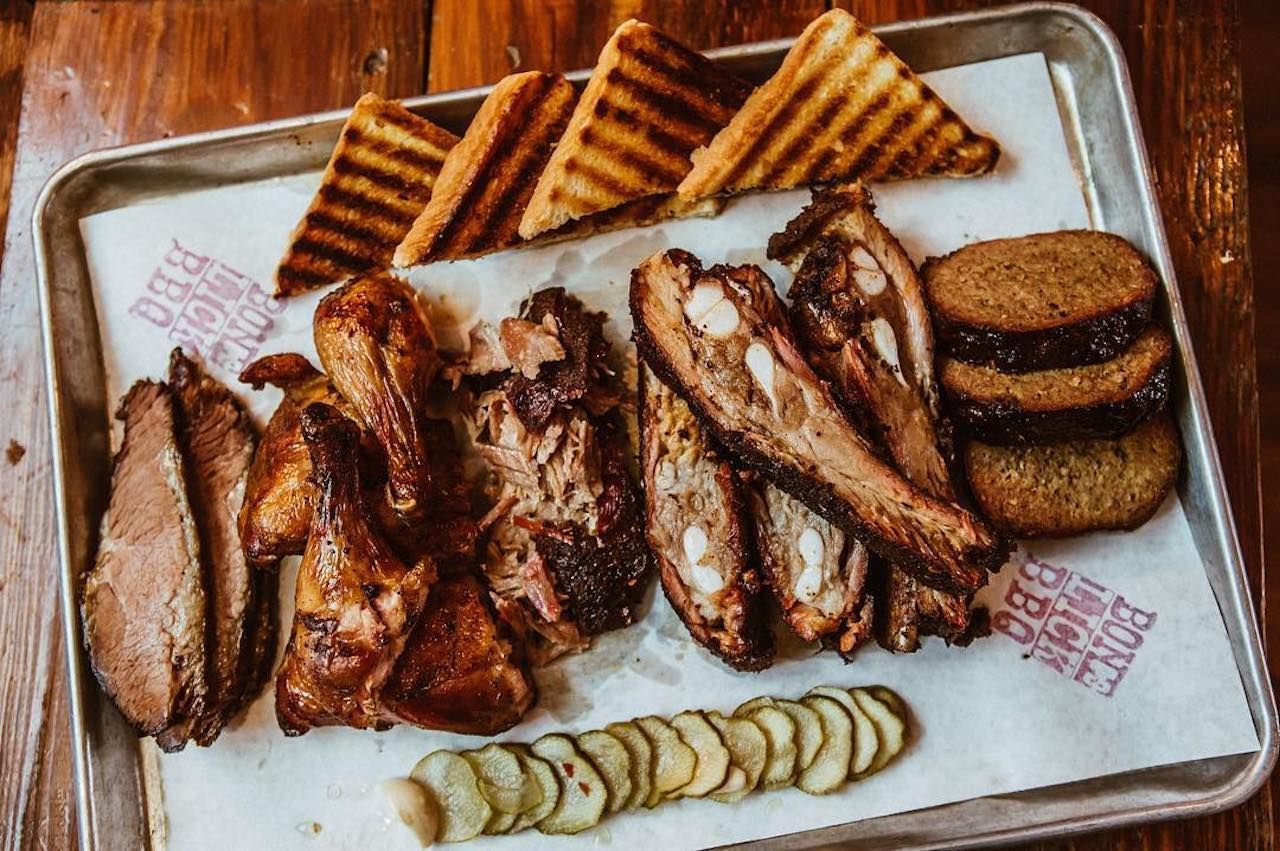 Bone Lick is a downright fun place to hang. The Southern fare is complemented by an excellent cocktail program, house-infused moonshine, and a speakeasy bar, Edgewood, next door. Start your meal with an order of pork rind nachos and the El Zorro, a pineapple Margarita with grilled lemon liqueur, coconut ice, and black pepper. The Chicken and Waffle Board (which is served with things like honey butter, bourbon maple, and pimento cheese) is excellent, as are the dry-rubbed ribs and smoked chicken tacos. Bone Lick’s homemade black bean sliders with jalapeño is a solid lighter option.

Owned by the five Thompson brothers (hence the name), Thompson Brothers BBQ is one you don’t want to miss. Though the brothers are spread out across the country and may not be present at the restaurant when you go, the meats always deliver. There’s brisket, ribs, short end ribs, pork, sausage, hot links, and more. You can also go “The Whole Nine” with ribs, beef, Bologna, beef sausage, and sides (or go double or family if you’re looking to share). For dessert, there are options like banana pudding and homemade pineapple upside down cake. 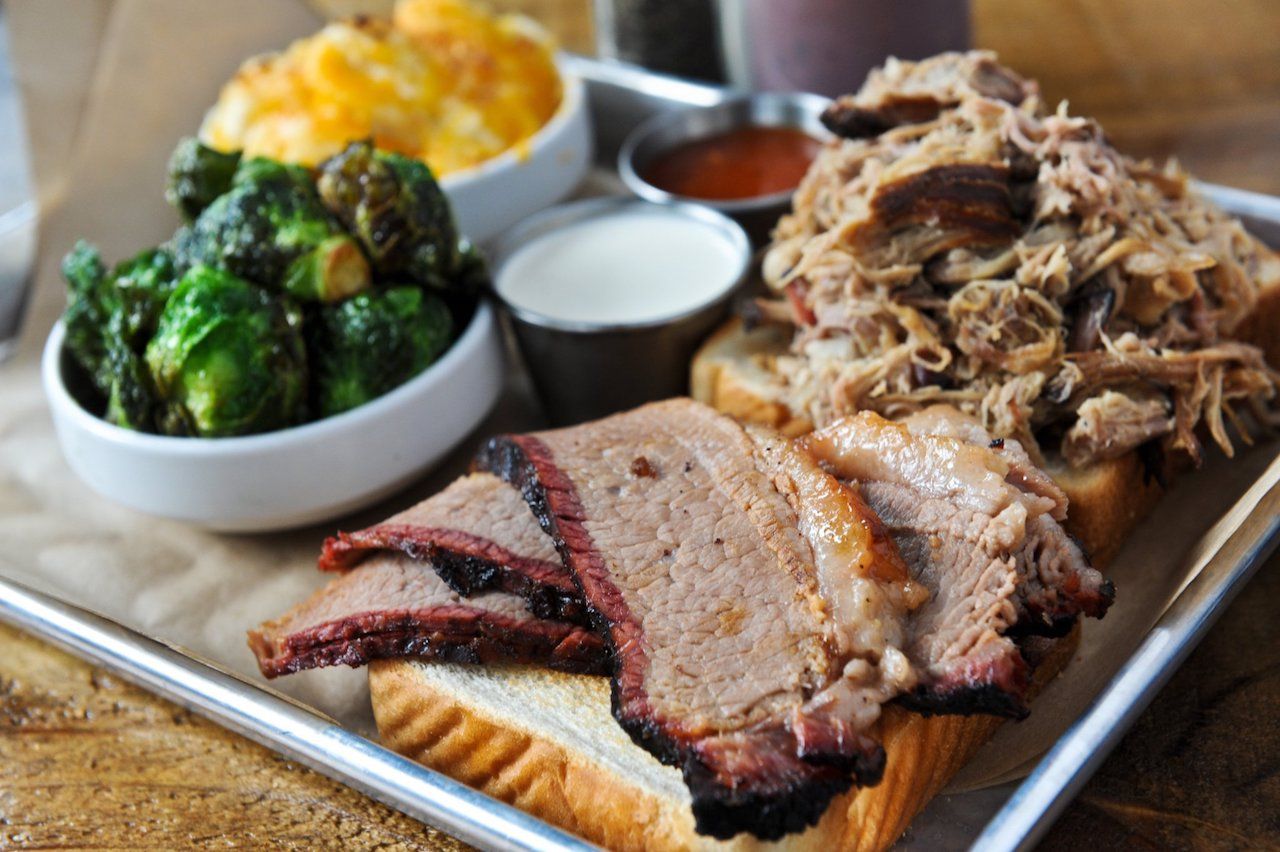 Smoke Ring opened its doors in Downtown Atlanta in 2001, and today it serves its own version of Georgia-style barbecue. The menu offers a twist on typical barbecue with a focus on seasonality, so there’s always something new to enjoy. Weekly specials include dishes like barbecue salmon and fried quail sliders, and the signature crispy rock shrimp with smoked tomato remoulade is a great way to start any meal. From there, move on to bigger plates like pork belly and smoked sausage, along with handheld delights like a smoked brisket burrito and sliders with fried green tomato and pimento cheese. 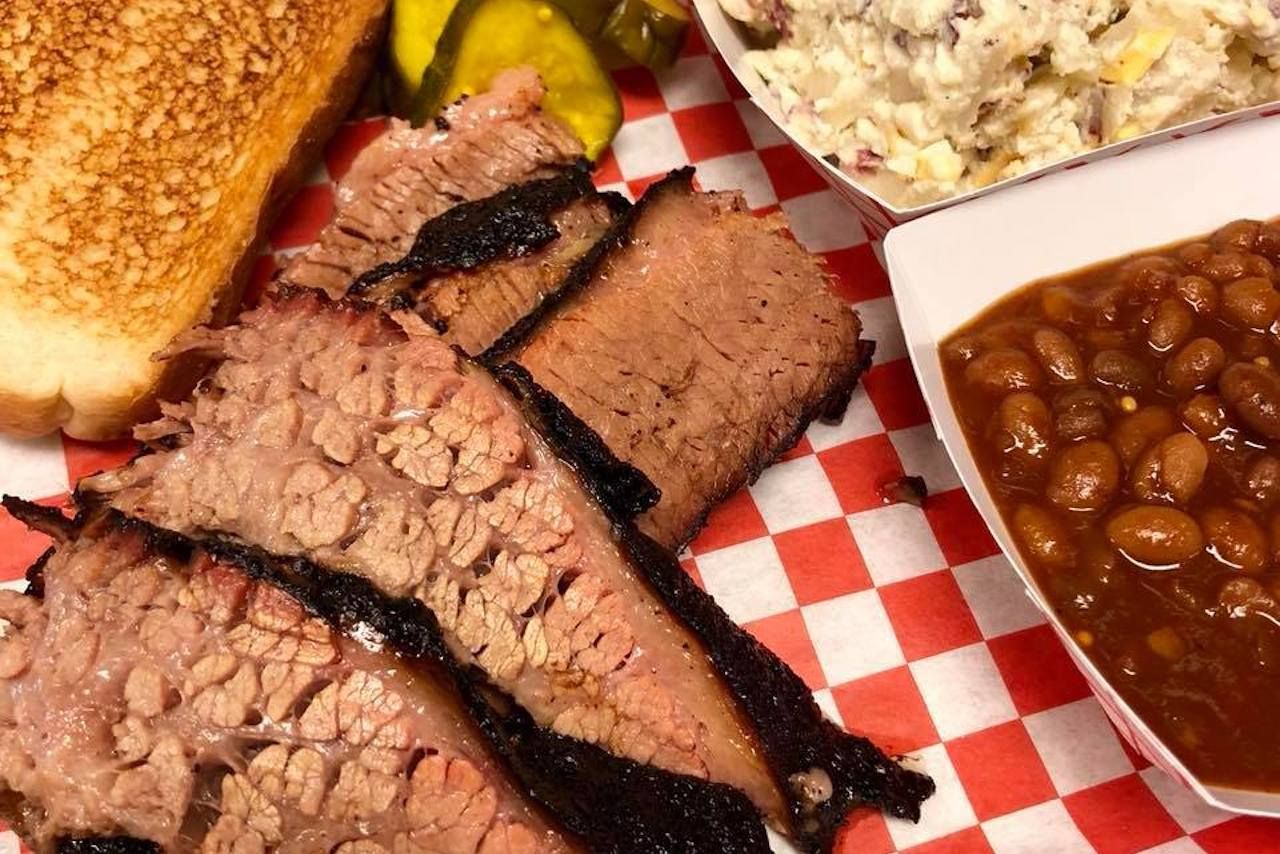 What is now King Barbecue has gone through a number of iterations over the past couple of years. It started in Avalon as a chicken restaurant called Bantam + Biddy before the space closed to become King Barbecue under the watch of pitmaster Carey Wise from Fox Bros. Wise is gone, and King Barbecue is now in Buckhead. Which means it’s time to get to Buckhead for some barbecue. Chefs Shaun Doty, Lance Gummere, and Anthony Rivers are cooking up a menu of ribs, brisket, chicken, pork, and sausage. You can go with a sandwich or plate, and sides include red pozole and spicy collard greens. All the barbecue is gluten free, as are nearly all of the sides. 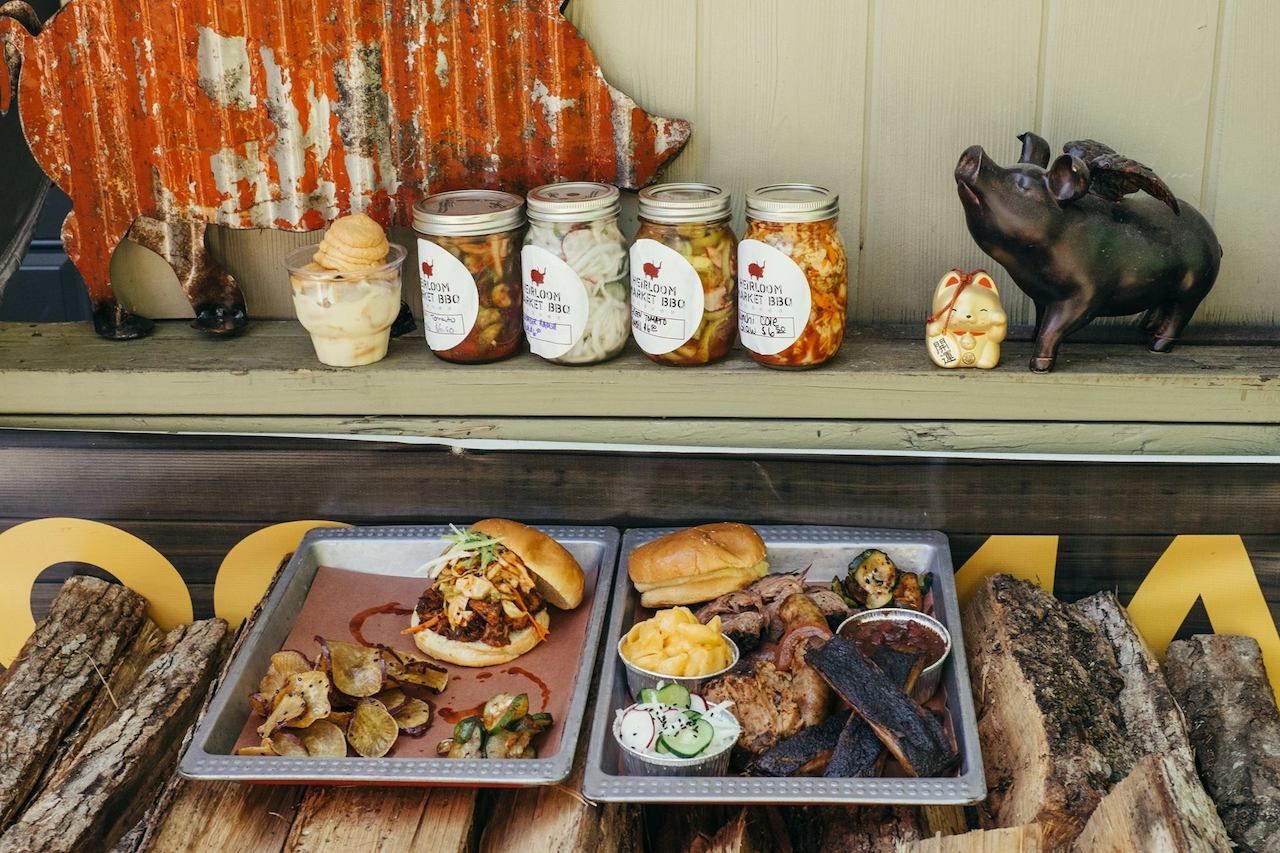 Owned by husband-wife team Cody Taylor and Jiyeon Lee, Heirloom Market BBQ mixes Texan and Korean influences. Brisket sandwiches and platters are on the menu with spicy Korean pork and tacos. The constantly rotating sides include options like crispy tofu and Korean sweet potato right next to black eyed peas and cabbage. One thing to keep in mind: The space is tight. Like go out to the patio because there’s pretty much just room for takeout type of tight. It’s worth it, though.

Where to Eat
Tagged
Restaurants + Bars Trip Planning Atlanta, GA, United States
What did you think of this story?
Meh
Good
Awesome

Experience the history of southern food at these Airbnb cooking experiences

The 12 best beer bars and breweries in Atlanta

7 state parks you absolutely have to check out in Georgia

The best hiking trails near Atlanta

Atlanta’s BeltLine is the future of American urban green spaces