Max Pittman was walking to his office near San Diego, California, when he passed an empty basketball court that made him pause. He’d played for as long as he can remember and his dad was a college basketball coach, but this one changed the way he looks at the game, who plays it, and all the different places it’s played. Since that first shot in 2018, he’s traveled around the United States and Europe, documenting basketball courts and players and building a global community along the way through his blog, Full Court Shots, and Instagram account, @ishoothoops_.

Few sports are as loved around the world as basketball. Invented by a Canadian-American in the 1890s, it first reached the Olympic stage in 1936. Spreading love for the game became an international issue taken upon by the National Basketball Association (NBA), which started in 1946 and has been playing international games for decades. To date, the NBA has seven basketball academies on four continents, and games are shown to more than 200 countries and territories.

While it trails football (soccer to those in the US), basketball is continuously growing and close to becoming as universal a sport — something that’s immediately clear from Pittman’s photos.

“Ever since I started the account, I’ve had lots of people reach out to me to share courts in their areas or on their travels,” Pittman says. “It’s been really amazing to have such a great response and interest in courts across the world from friends and other people in the community of hoopers.” 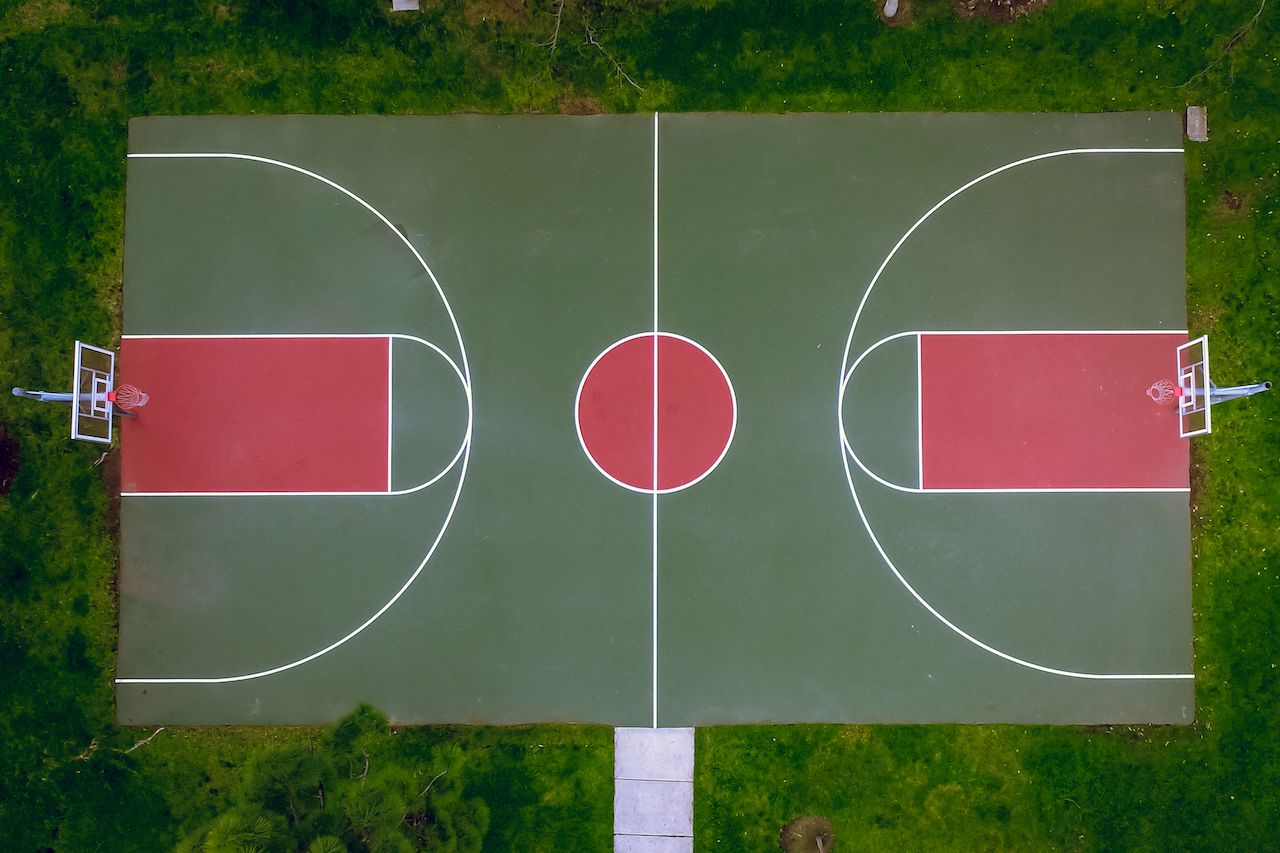 Pittman’s passion project has changed the way he approaches travel and meeting people who might not speak the same language other than a love for the game. Before going to Europe on a recent trip, he opened up Google Earth and started looking for courts in the cities he was visiting. He found spots in Copenhagen, The Hague, Paris, and Barcelona. He spoke with locals to find where pick-up games were going on. Once he got there, he’d play some and then, if the atmosphere was right and the people were fine with it, he’d shoot some photos. The result is a travelogue through the lens of a sport that connects people across country lines.

“Everyone is there to hoop and to game,” Pittman says about finding new courts around the US and abroad. He adds, laughing, “No matter where you are, ball is life.” 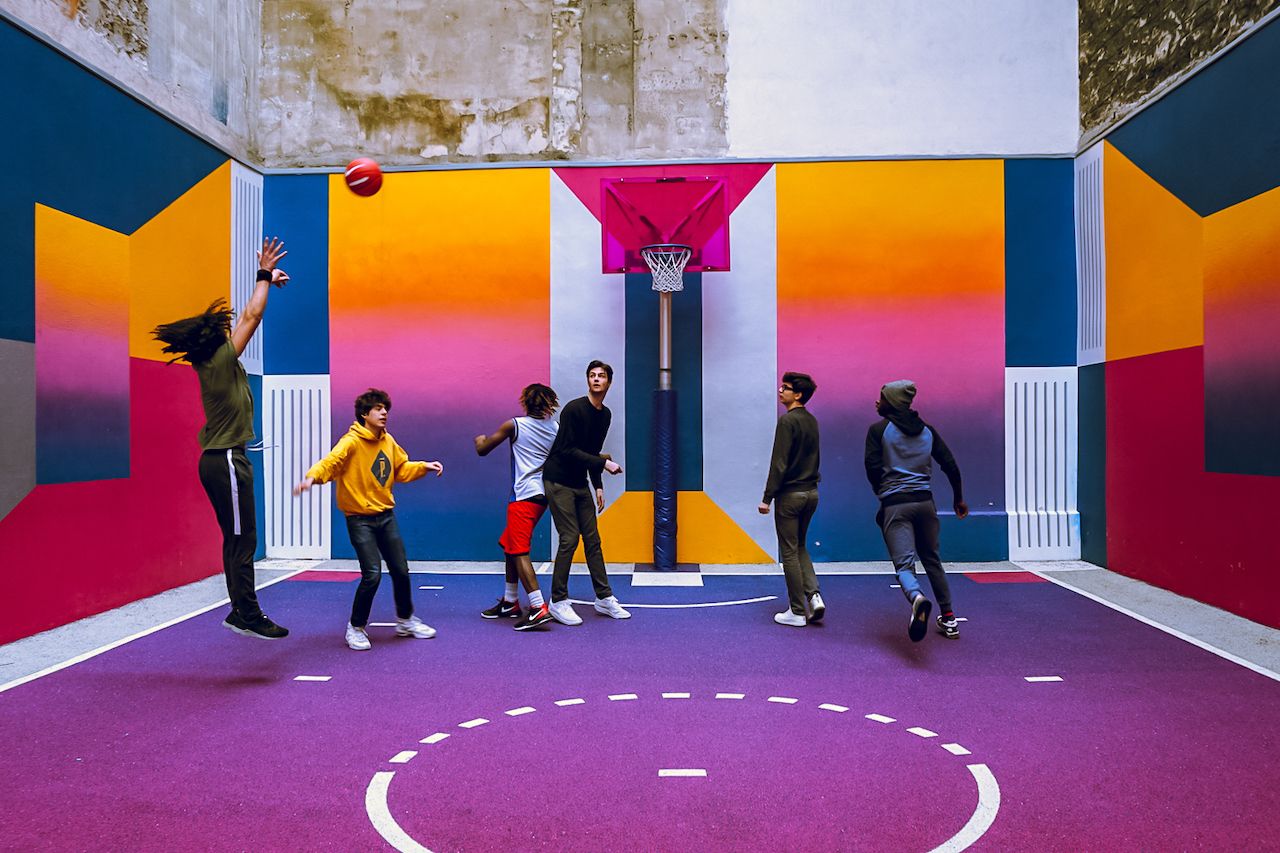 In Paris’s Pigalle neighborhood, there’s a court squeezed between the empty space of two buildings. The fashion brand Pigalle and design firm Ill-Studio splashed the unassuming court with colors in 2015 that contrast with the historic buildings that wall three sides of the court.

“[The Pigalle court] in Paris was one of the coolest, visually aesthetic courts I’ve seen,” Pittman says. He came across it after talking to a local basketball and clothing store. “It’s not a big court by any means, just a playground with a neighborhood that turned into an art project.”

“In Barcelona, there was this really cool industrial looking court also right on the beach, so it was really cool to see the contrast from the industrial to the beach culture of Barcelona,” Pittman says. In addition to the court itself, there are the eye-catching characters “like the guy who wears a Michael Jordan jersey all the time.” 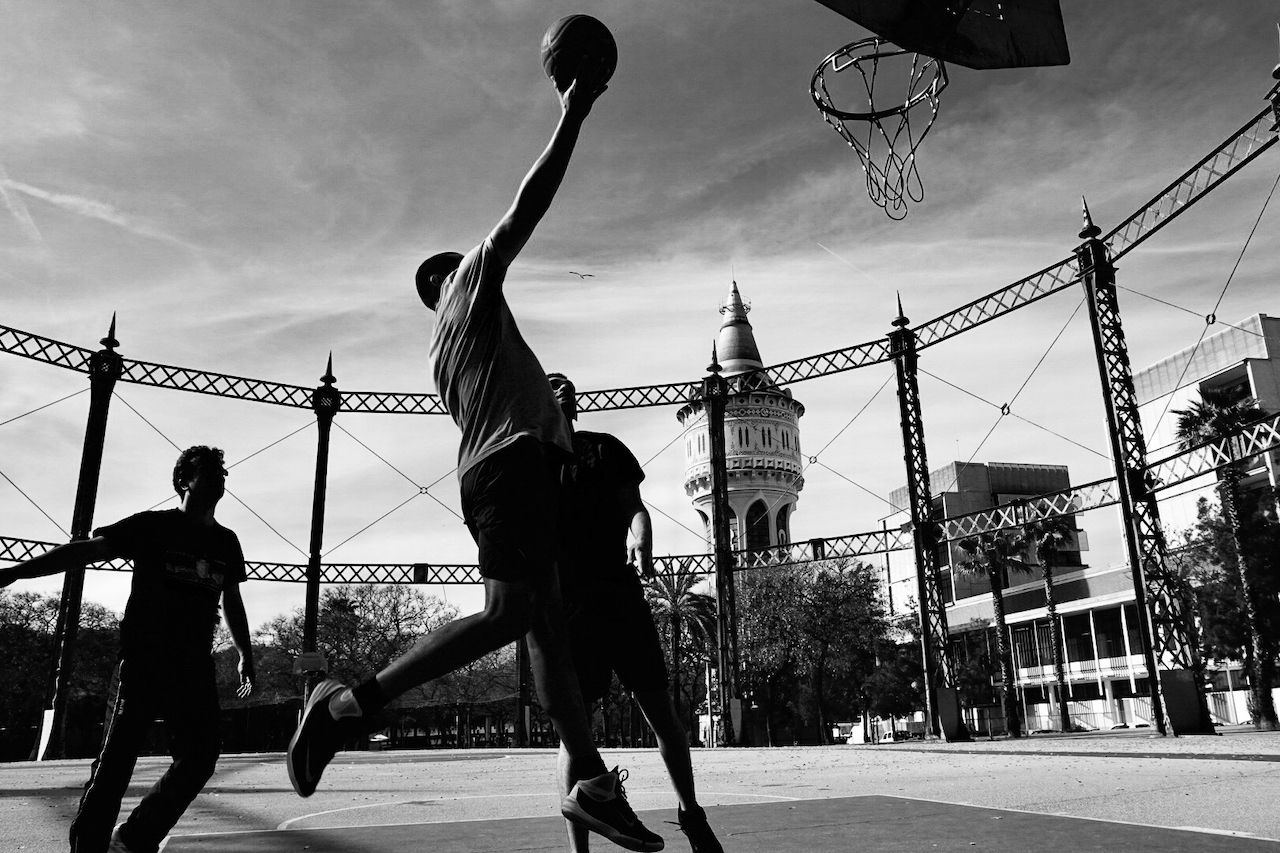 People don’t always feature in Pittman’s shots. Some courts have full-court games going at all times; others are empty. Pittman has plans to build up his portfolio of basketball portraits, as he’s found that people are generally happy to let him take some shots and that players from everywhere are more similar than different. 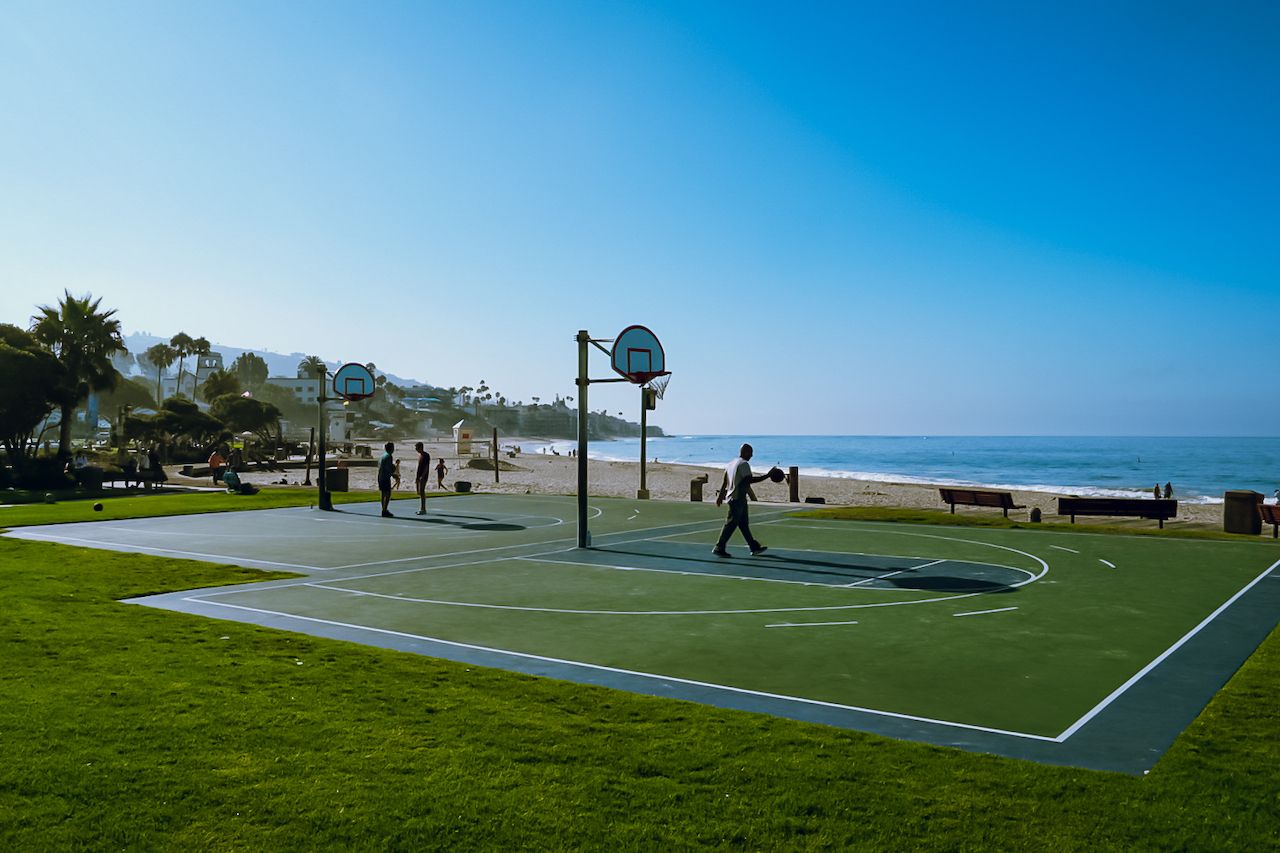 Photographing courts and people close to Pittman’s home base of California is often just as satisfying as when traveling abroad. Efforts like Project Backboard, which revitalizes courts through colorful and local-led paint jobs, ensure that there’s no shortage of aesthetically pleasing basketball courts to play on and make images of. Locally, Pittman has shot in San Diego, San Francisco, and Newport, among others. New York City and Singapore are both near the top of his list of places he wants to go. 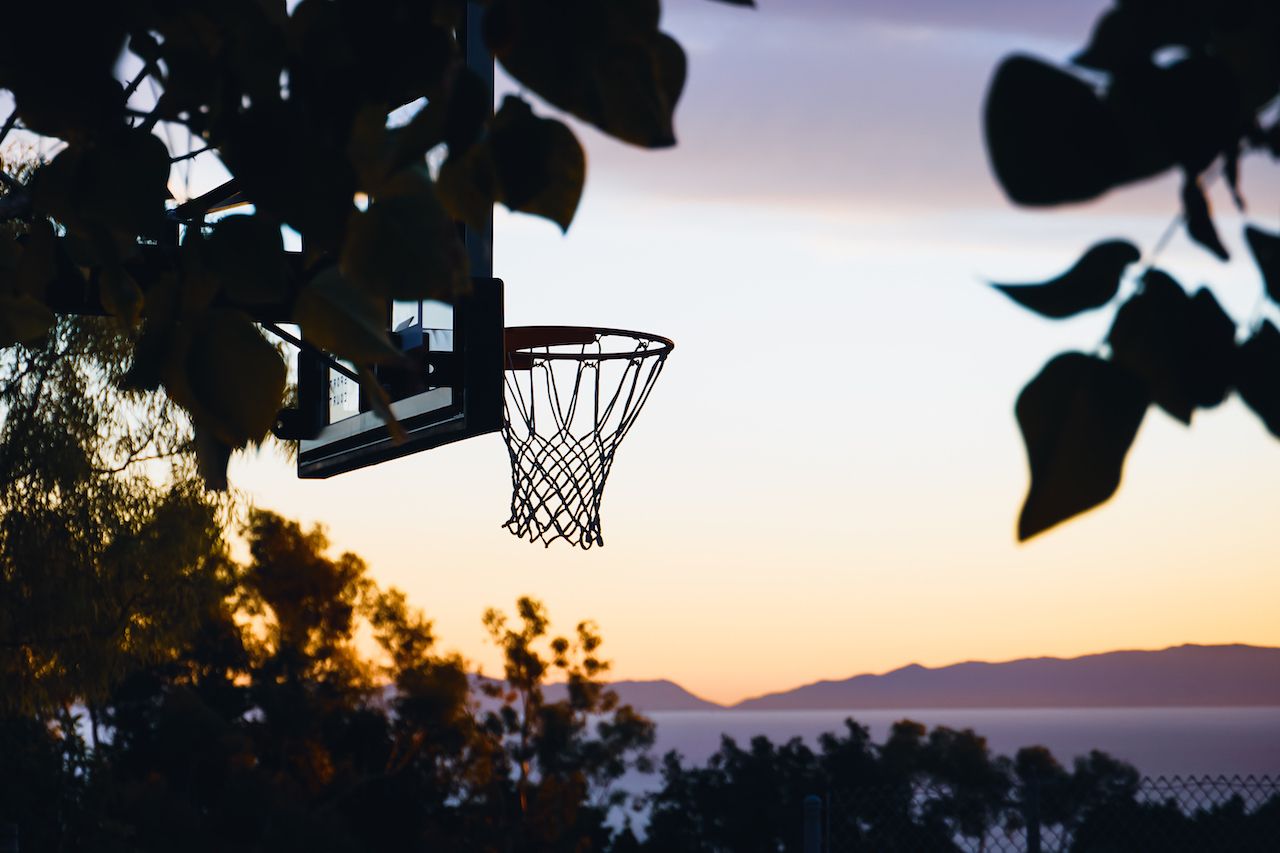 With fewer than 200 followers at the time of publication, Pittman doesn’t claim to be an Instagram influencer. Today, it’s a hobby that he admits isn’t necessarily in his comfort zone but that he’s working on getting better at every time he goes out. But he’s also found there’s a growing interest in his work, and a community of like-minded photographers who share images of basketball courts and players on Instagram. Pittman cites @Koolmac and @shafik as inspiration, as well as the accounts @Local-Hoops and @Hoopsoutside.

“There are more people out there like me that I’ve had meetings with and connected with over the months that I’ve been doing this,” Pittman says. “It’s a community of people who love to play basketball and love to take pictures, and it’s fun to be part of it, try out new things, get responses from it, and just get out there and play basketball and do the things I love.”

Entertainment18 sports halls of fame that are actually worth visiting
Tagged
Art + Architecture Galleries Entertainment
What did you think of this story?
Meh
Good
Awesome