For centuries people have cultivated gardens as a way of spending time outdoors and enjoying natural beauty. But not all gardens are visible to the public eye or easily accessible. Many famous artists, entrepreneurs, monarchs and even city planners have taken pleasure in creating beautiful gardens that are shrouded in a little mystery. Curious to investigate we have found a selection of the world’s most intriguing real-life secret gardens — all of which you can actually visit. 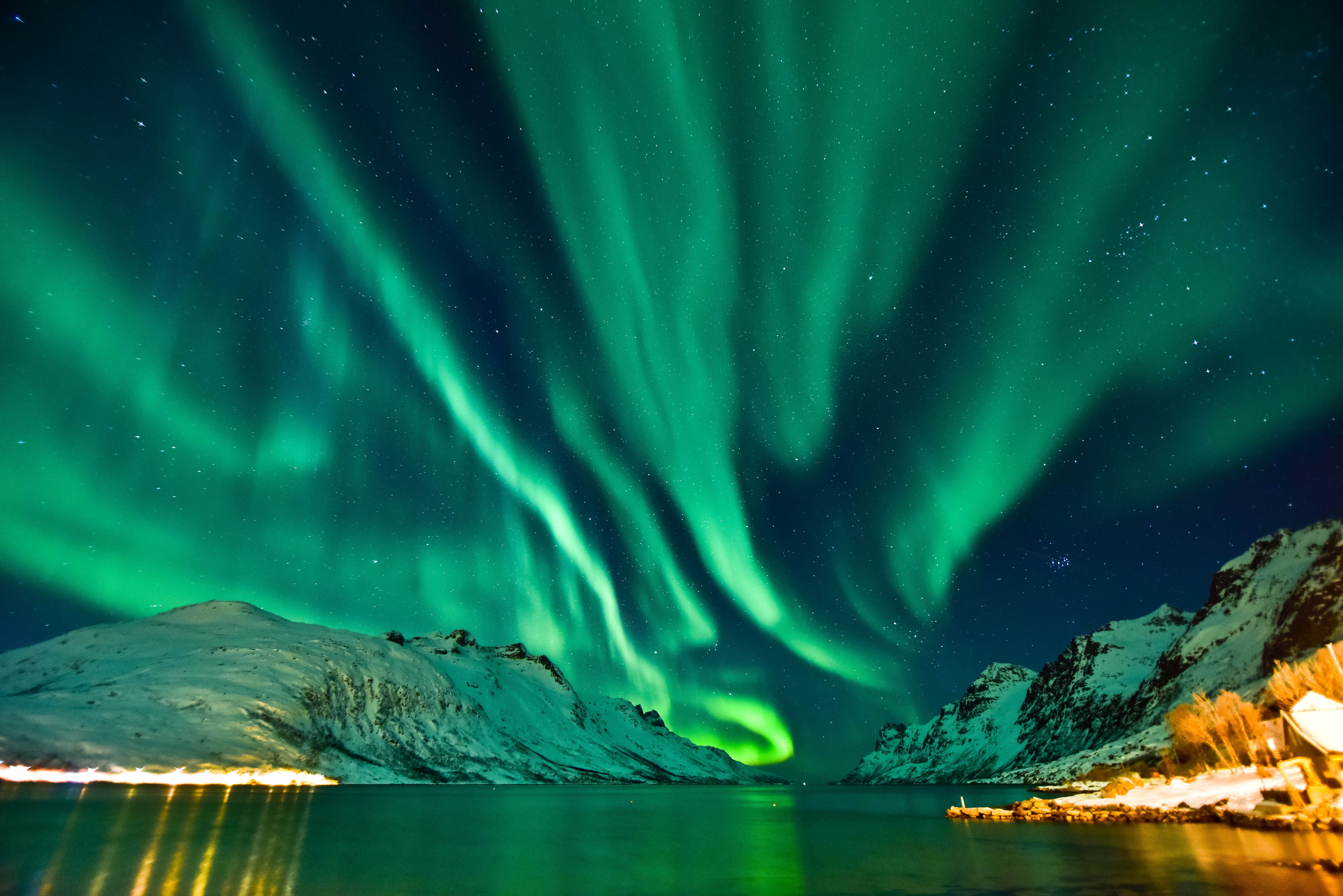 Tromsǿ Arctic-Alpine Botanical Garden is the northernmost public garden in the world. It sits in the northern reaches of Norway just outside of the Arctic circle on the island of Tromsǿ. Open to the public for free and year-round, the grounds are often covered in snow, but in blooming months you can enjoy species that are unique to the polar region such as the Tibetan poppy, Rhododendrons, and the Siberian Fawn Lily. 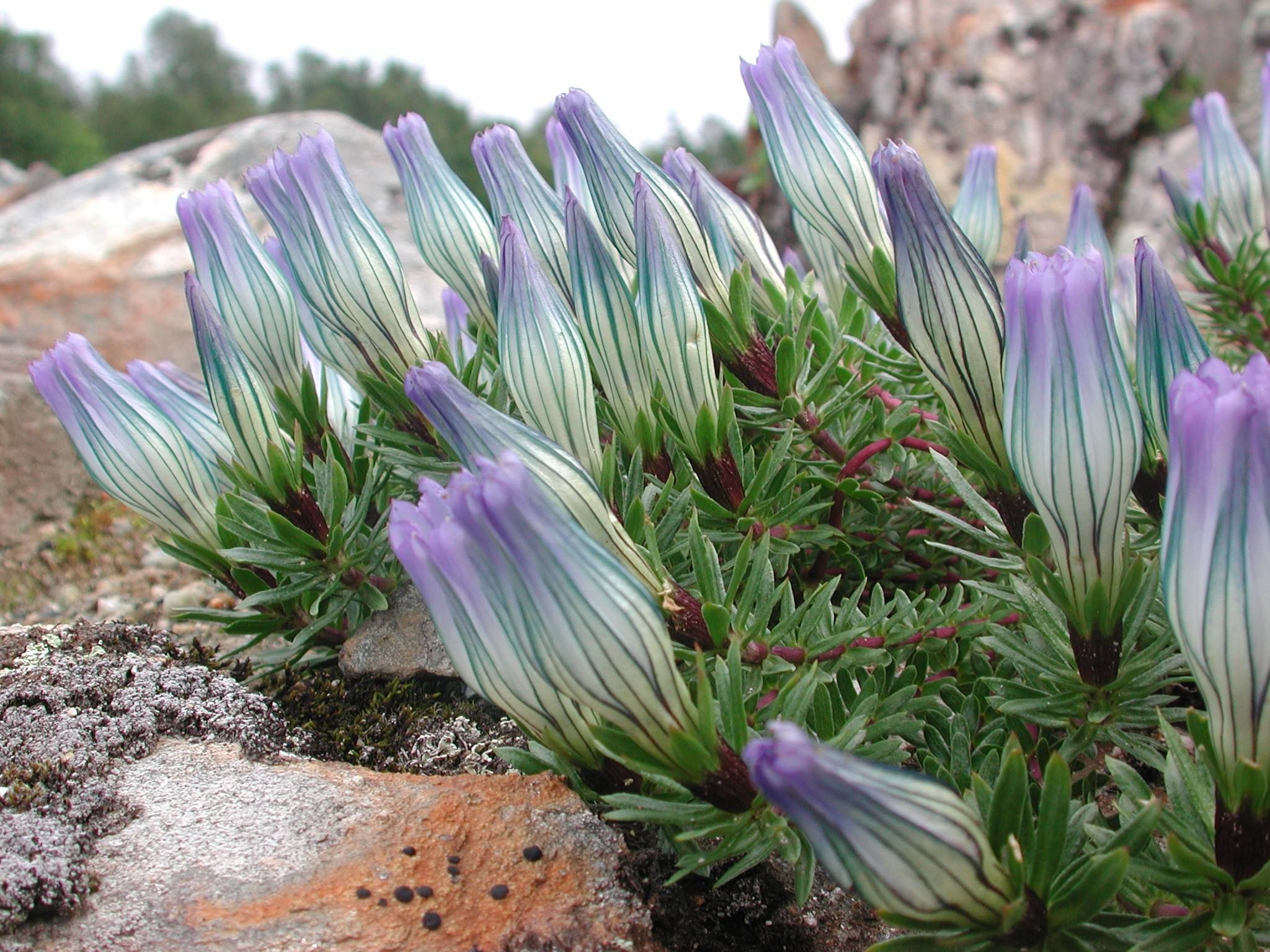 It’s quite a journey to make it there, but if you are interested in horticulture, you’ll find some of the rarest plant species in the world. It’s worth checking out the gardens site before planning a trip as they keep it updated with what is in bloom. We recommend visiting between April and October before it is blanketed in snow. 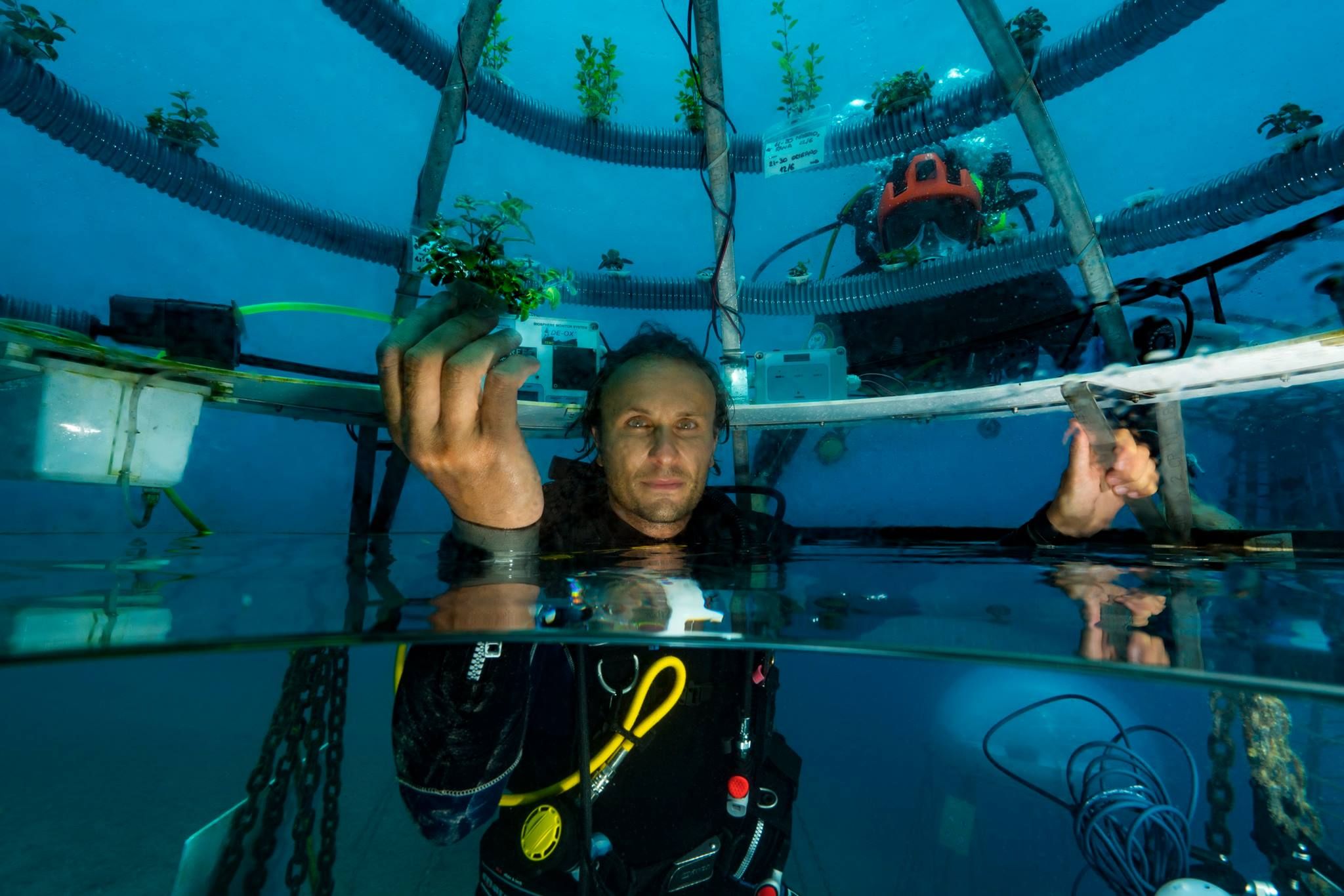 Under the ocean may seem like an unusual place for a garden, however, modern technology has allowed the Ocean Reef Group to grow edible plants and vegetables underwater. Located 100m off the coast of Noli in northwest Italy, Nemo’s Garden is constructed of bell-shaped underwater greenhouses. 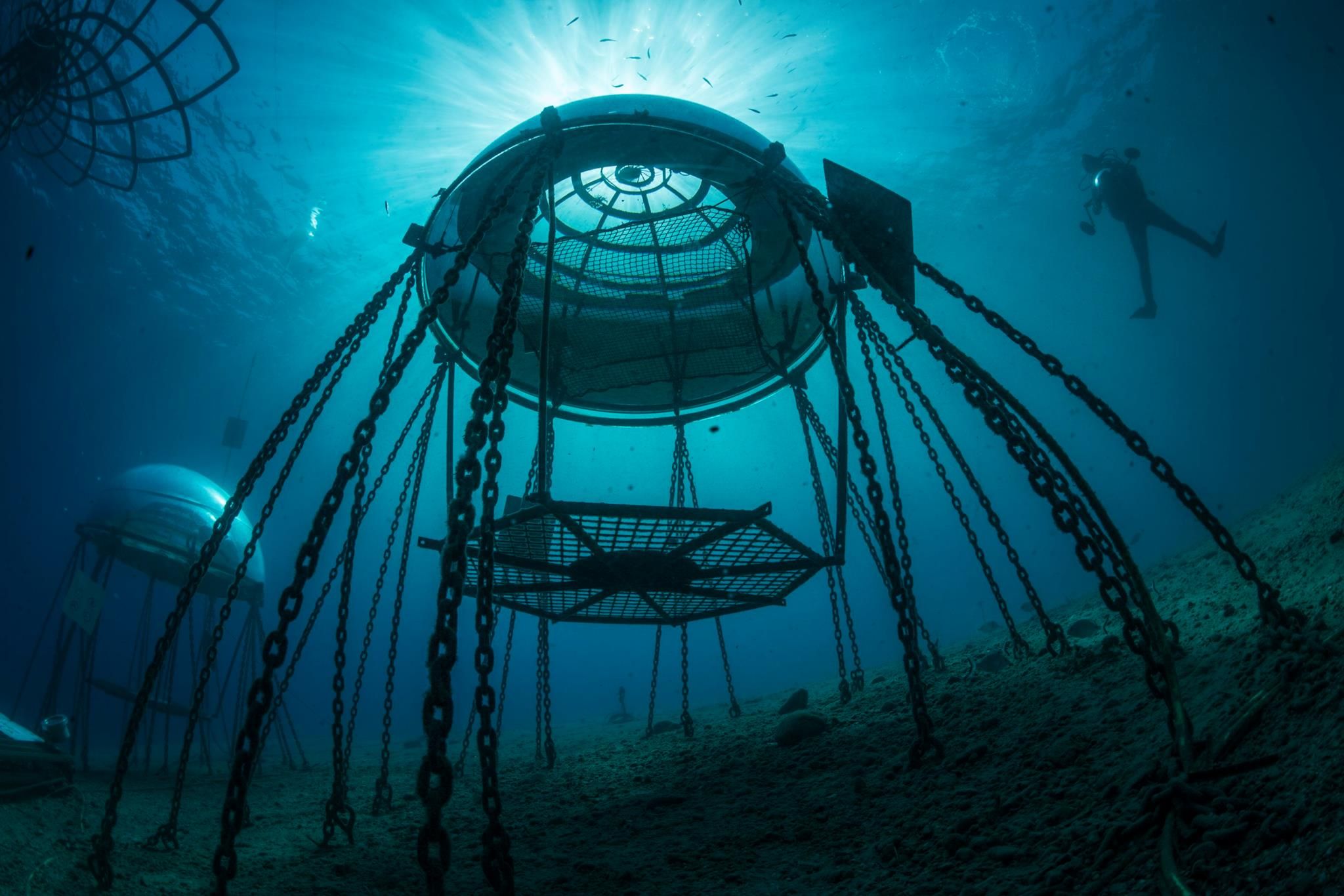 Technological advances have allowed the team to create favorable living conditions for the plants in biodomes. They have successfully grown crops of red cabbage, lettuce, beans, basil, and strawberries and aim to see whether it is a viable to plant more varieties. 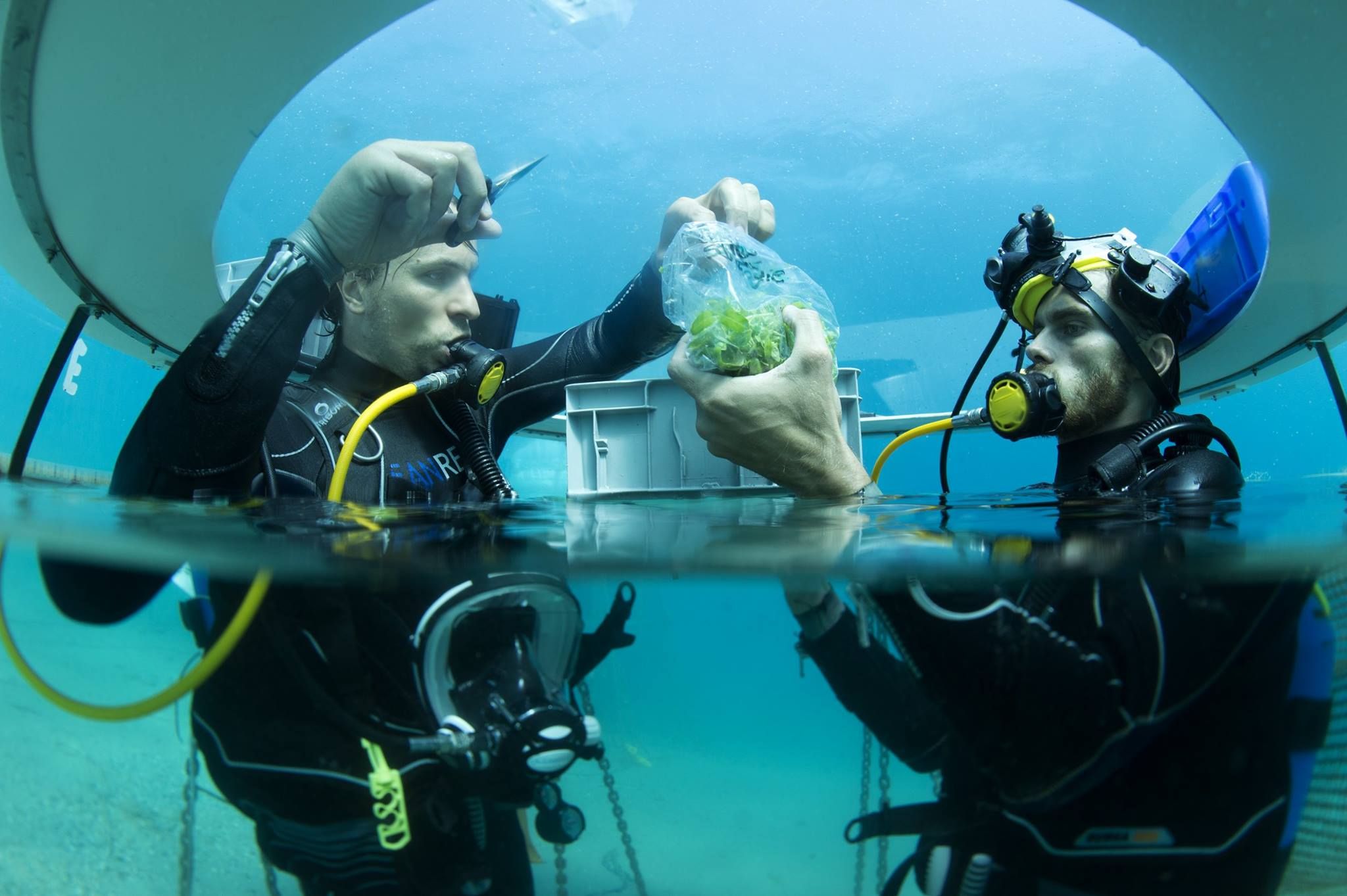 The Ocean Reef Group believes this method of farming could be useful to the future sustainability of food production in places where farming on land is difficult or impossible.

You can visit the gardens if you are a certified diver. If you are not, the company occasionally provides tours to visitors as well. Check out their homepage for updates. 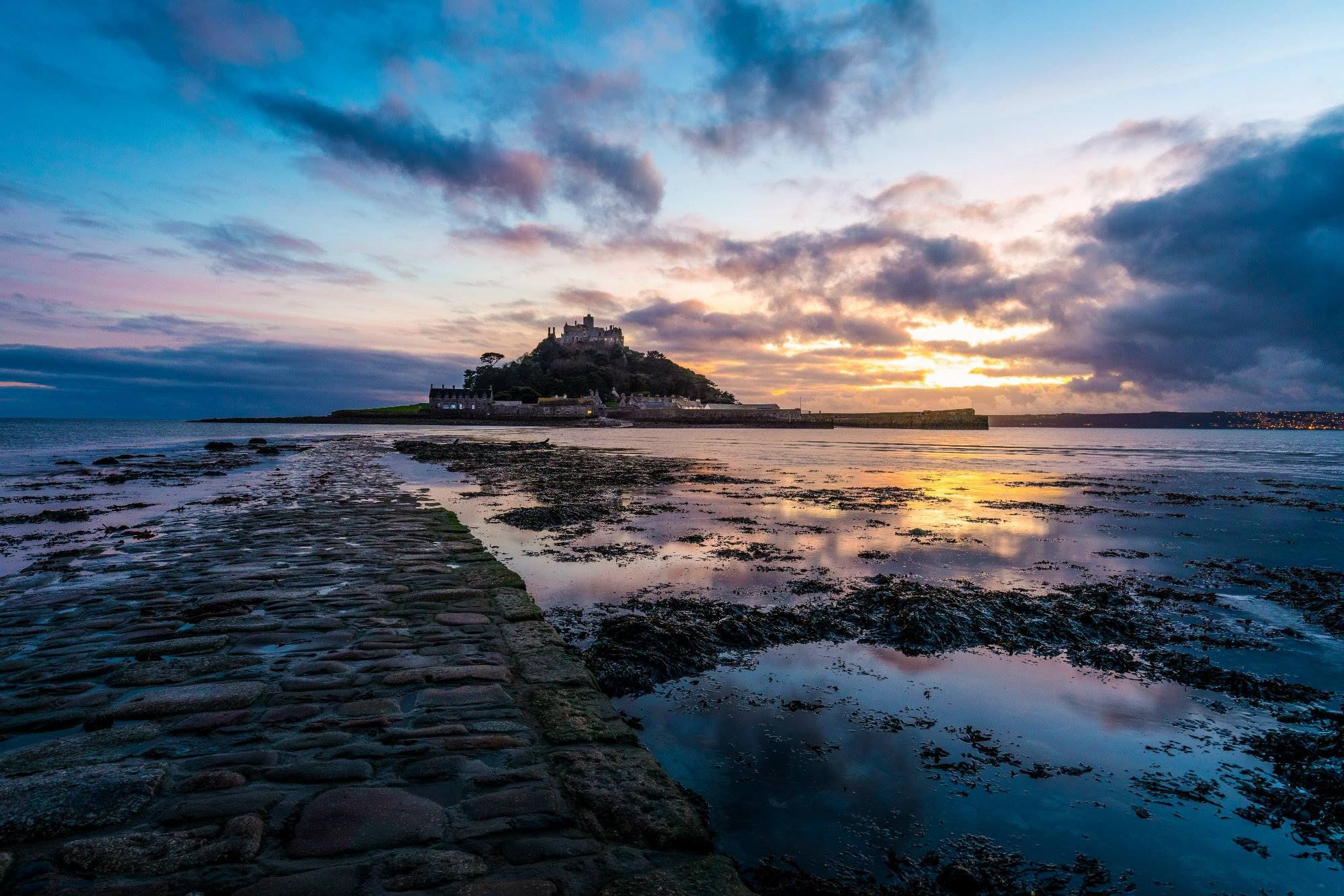 The small tidal island of St. Michael’s Mount is located in Mount’s Bay in Cornwall, England. Perched on top of the island is a 17th-century castle and gardens, home to the St Aubyn family. The small island is reachable by an ancient causeway. During low tide, visitors can walk to the island, but high tide requires a boat. 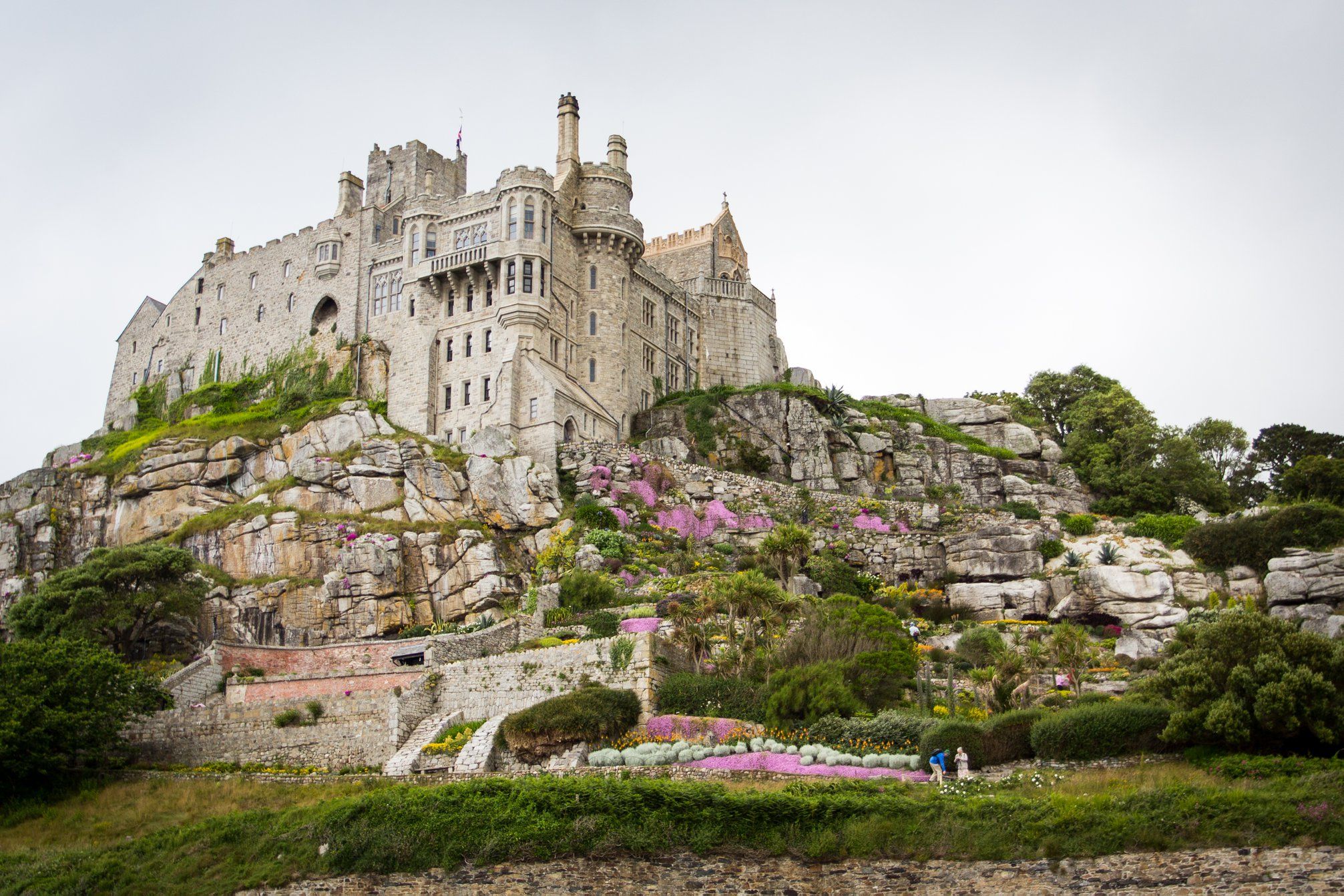 The gardens of the castle hold remnants of history and despite the coastal harsh wind, the Gulf Stream tempers the climate, allowing the gardens to grow on the rock, which acts like a gigantic radiator. It absorbs the daytime sun and creates a microclimate in which all sorts of unlikely plants, such as puya, agave, and aloe, can grow. 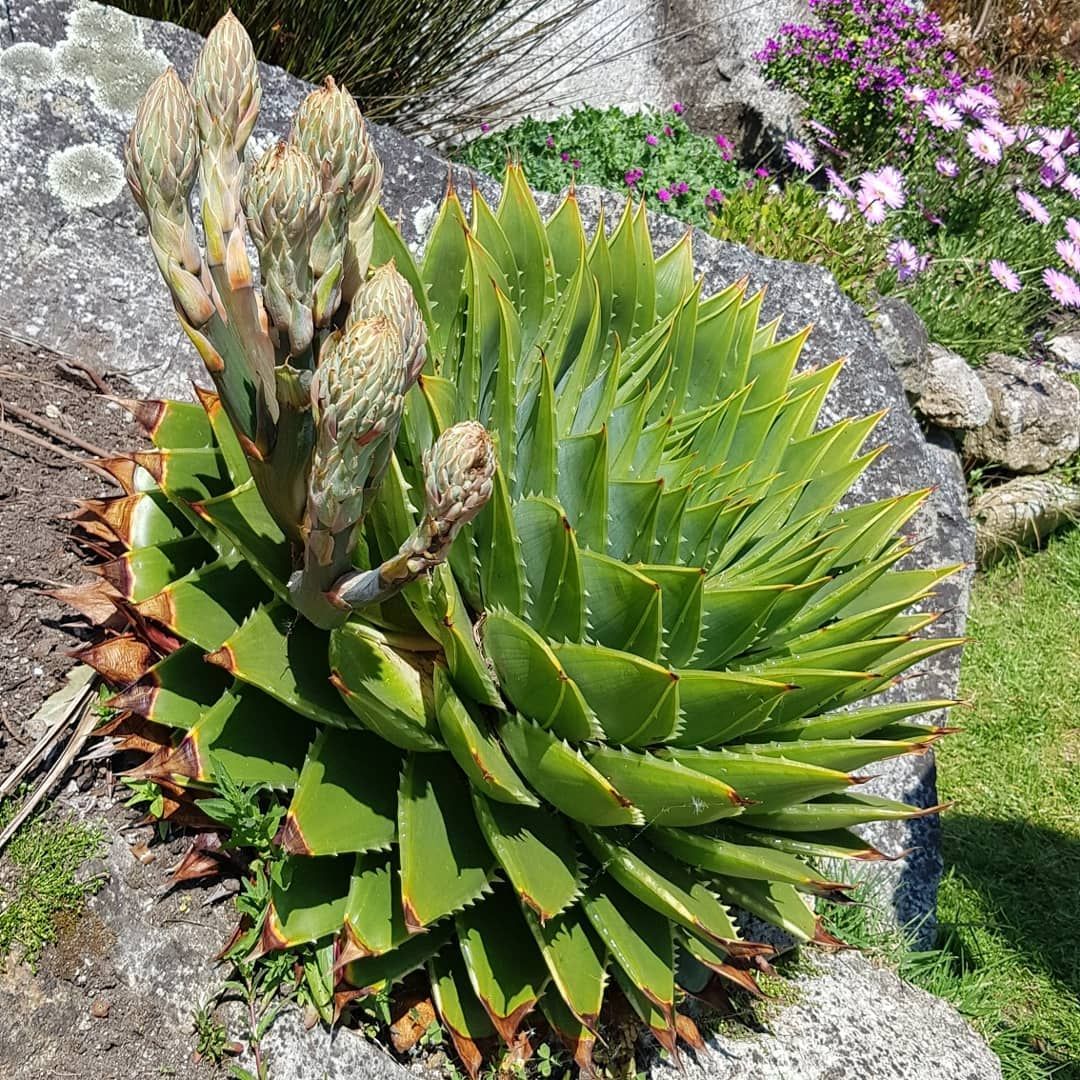 When you are planning your visit check the tide charts to work out if you will require the boat or if the causeway will be exposed. The castle and gardens are closed on Saturdays.

The Queen Street gardens located in Edinburgh’s New Town were built in 1822 for the exclusive enjoyment of surrounding homeowners. This garden is protected by lock and key and is about 7-acres in size. Queen Street Gardens one of the largest preserved communal garden in the UK. 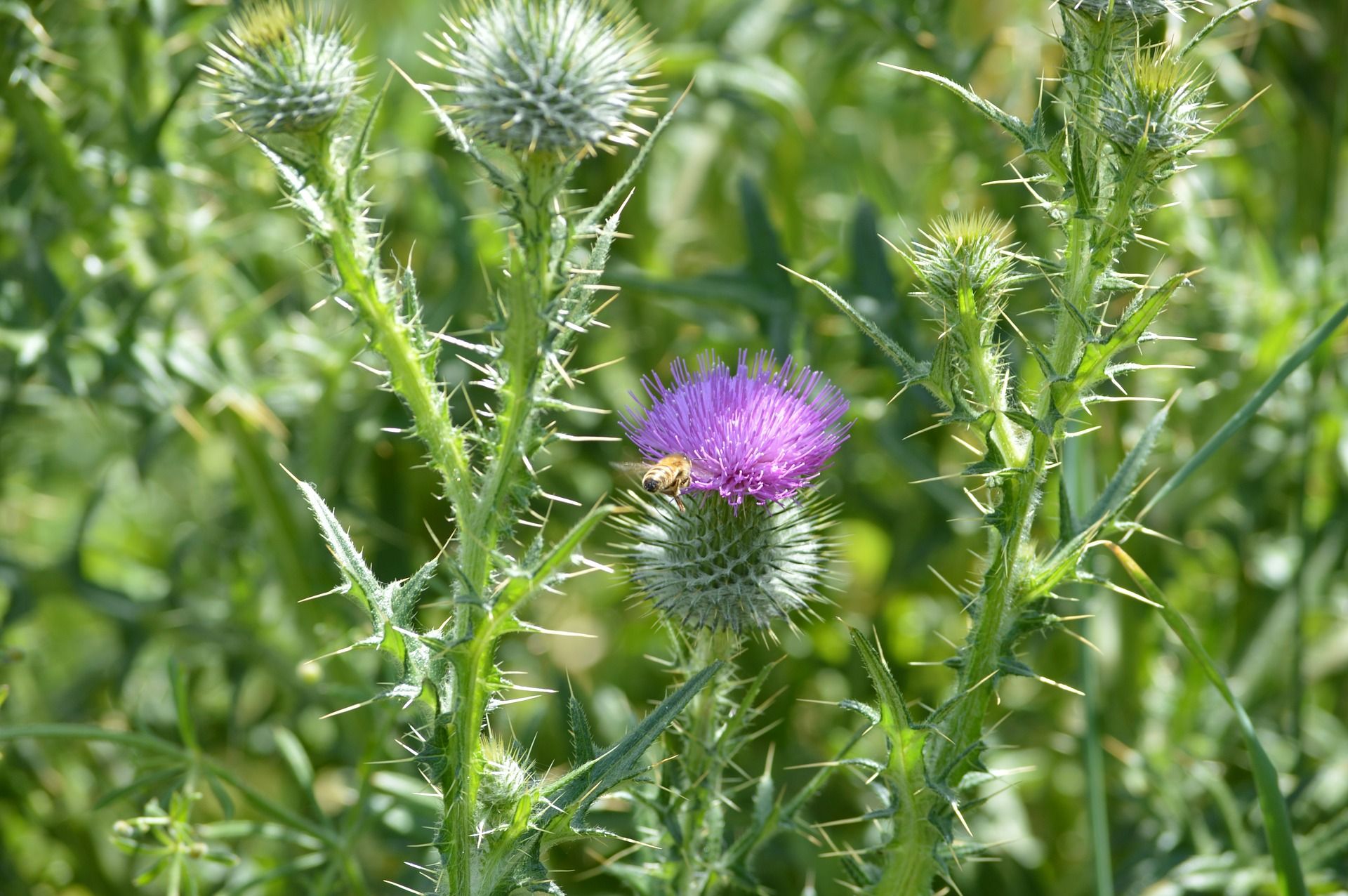 There are several exclusive, private gardens to be found in Edinburgh. Although privatization of green space might seem like an ancient concept for a city with such a liberal population, many gardens remain under lock and key. Surrounding homeowners are privy to access which is perhaps fair enough considering the cost of houses in New Town.

If visitors wish to tour the gardens there are very few opportunities. This September during Edinburgh Doors Open Day you can tour of select gardens and historic sites that are usually locked. 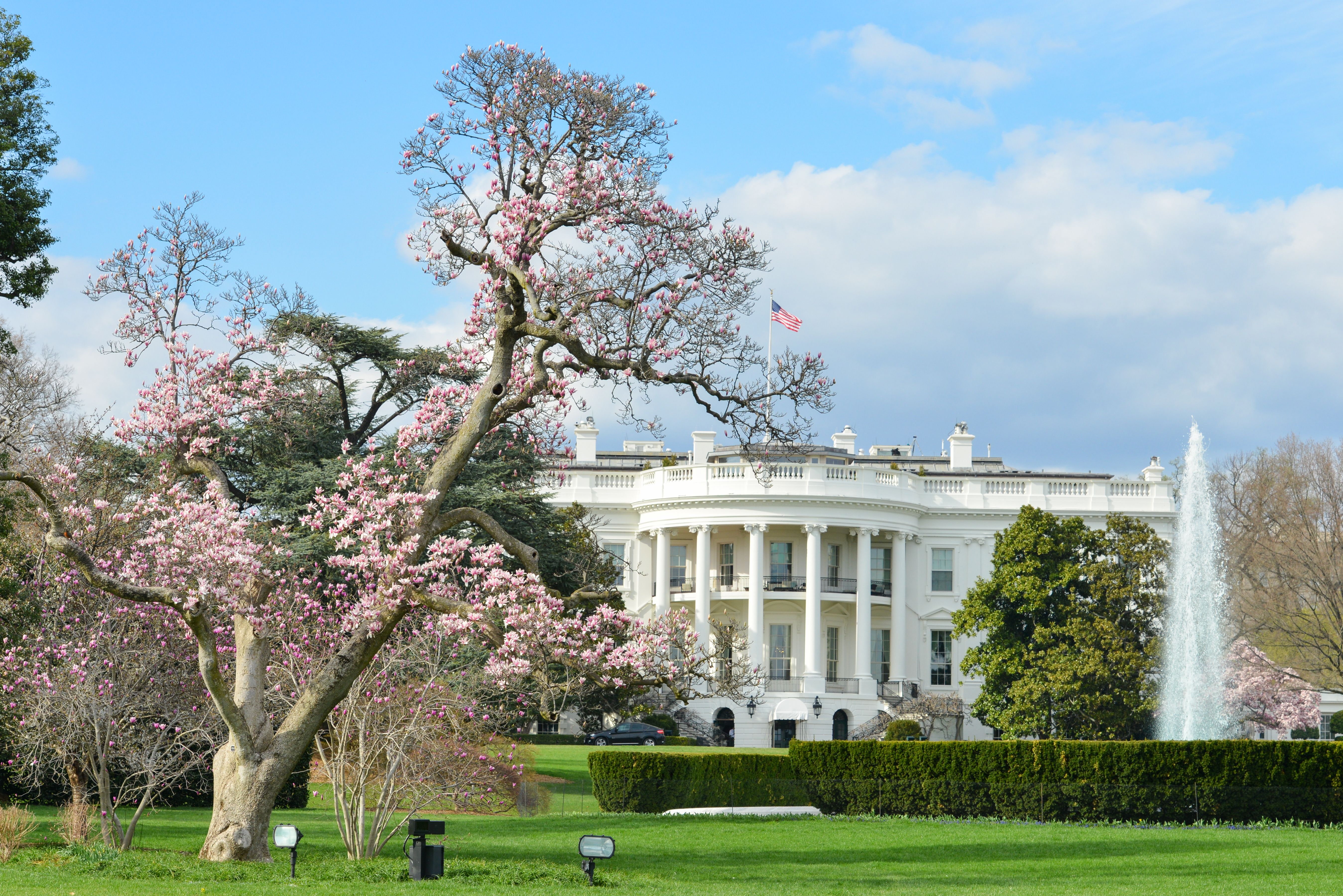 Having a truly private garden requires security, and the White House in Washington D.C. has that in abundance.

The perimeter of the White House includes several beautiful gardens which are carefully maintained by the grounds staff. The Oval Office is bordered by a colonial-style garden called the Rose Garden. The garden was originally established in 1902 by Lady Edith Roosevelt and then redesigned in 1961 under John F. Kennedy. The Kennedy’s recruited Rachel Lambert Mellon, a billionaire who also has expansive gardens at her own private residence, to create the design.

Today, the Rose Garden is lined with boxwood hedges, magnolias, and crabapple trees. The primary flowering plant in the garden are roses, and additional seasonal flowers are planted year-round so that the garden is always in bloom. The space was designed to be both beautiful and functional. Important diplomatic meetings, weddings, and other ceremonies have been held in the garden over the years and are still today.

Visitors are welcomed for tours twice each year during the spring and fall. 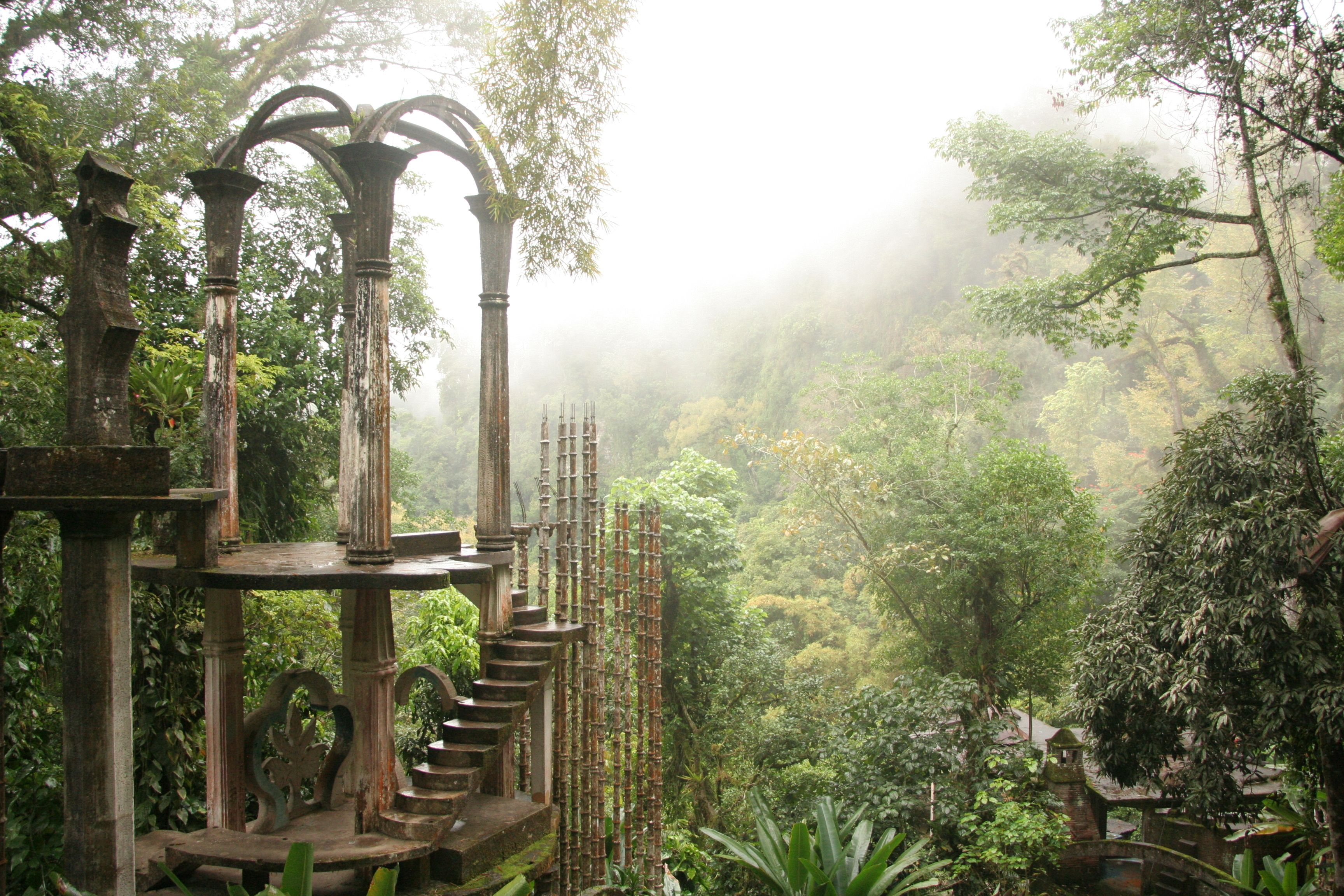 The gardens of Las Pozas are located in the small town of Xilitla in the Huasteca region of southern San Luis Potosi state in Mexico. They are the glorious creation of Edward James, an eccentric English poet and artist, and patron of the Surrealist movement.

The garden can be tricky to find as they are hidden 2000 feet above sea level within the subtropical rainforest. Las Pozas, meaning “the pools” in Spanish, is named so after the nine pools on the property. The garden features more than 30 structures, ranging from surrealist-inspired concrete sculptures to staircases that lead to nowhere. 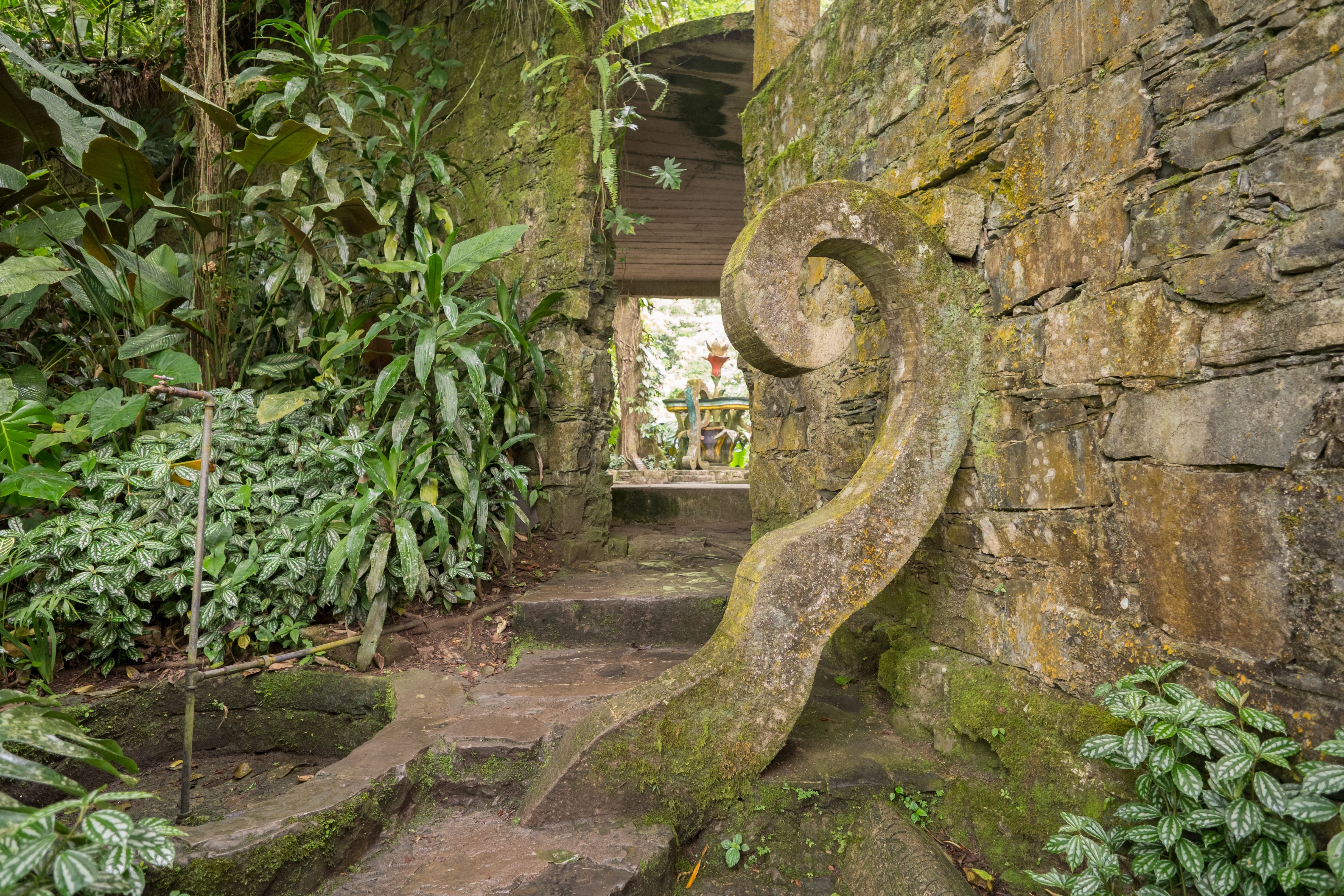 James died in 1984 after which the forest grew over many of the gardens features. It has since been somewhat tamed and cut back making Las Pozas a little easier for eager explorers to find. 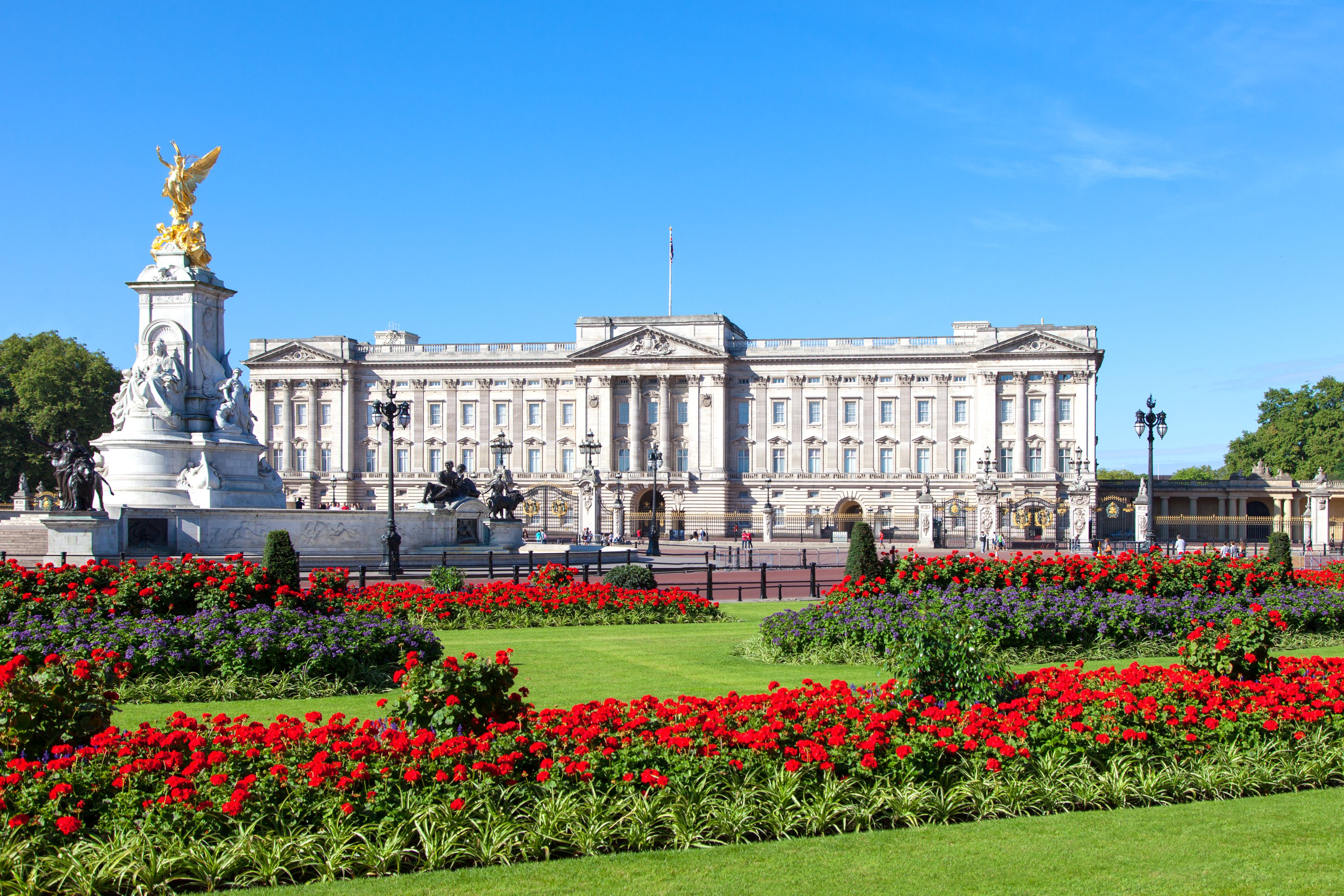 Almost invisible from the carefully guarded and gated front view of Buckingham Palace are the gardens. Formally the Queen’s private land, the grounds are normally closed to the public. Unless you are a notable member of society and receive an invite to the annual garden party, you’ll have a wait until the Queen is not in residence to visit. Even then, there are a limited number of tour tickets available. Not only is it a hard to get ticket, your access as a visitor is limited. The tours cover a portion of the grounds and visitors can only steal a glimpse of the garden’s beauty. 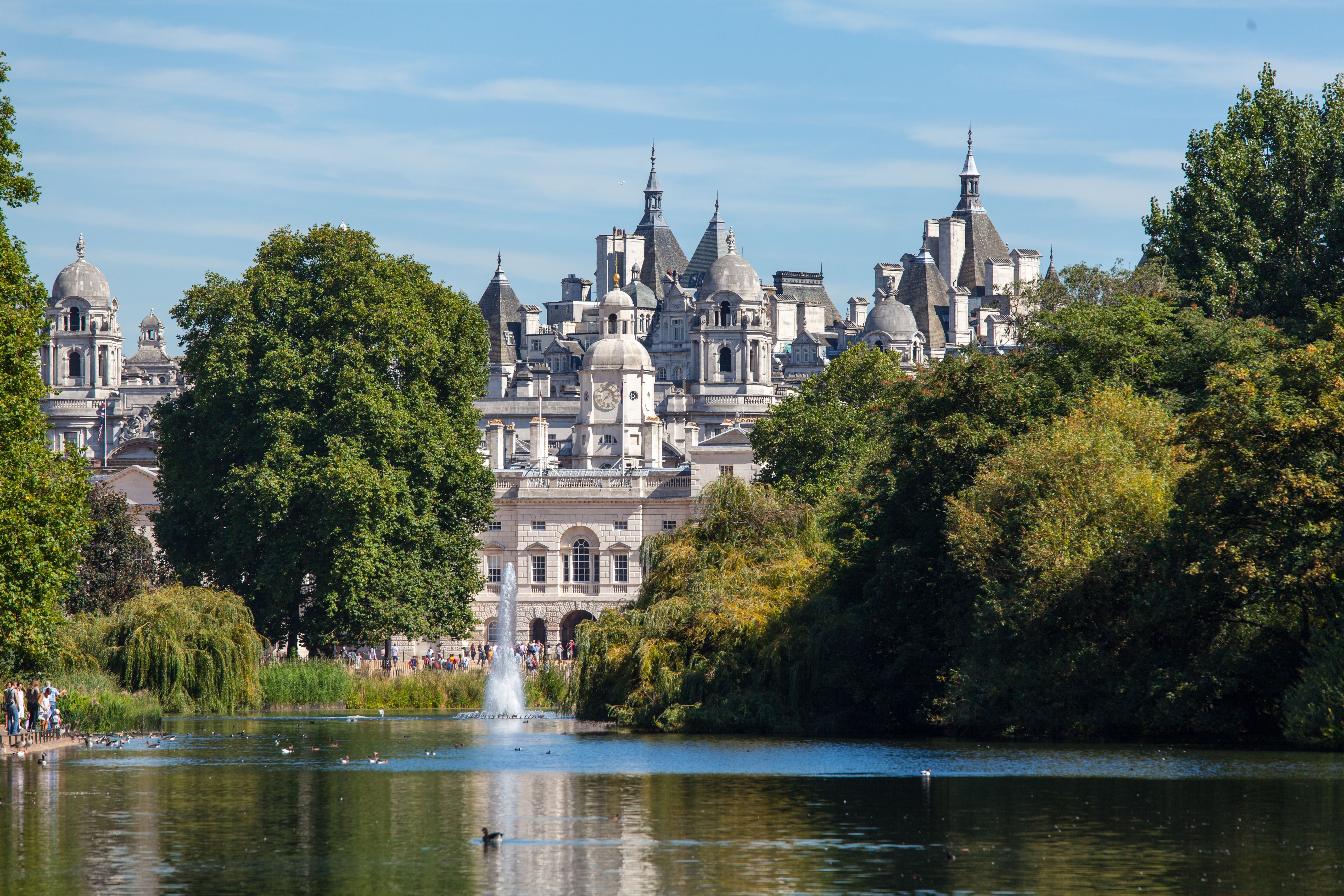 The grounds central feature is a three-acre lake created in the 19th century. The Royals also have a large summer house, rose garden, a tennis court and a helicopter pad. To top it off the grounds are home to one of Britain’s biggest garden ornaments ‘Waterloo Vase’ a twenty-ton sculpture carved from a single piece of marble. 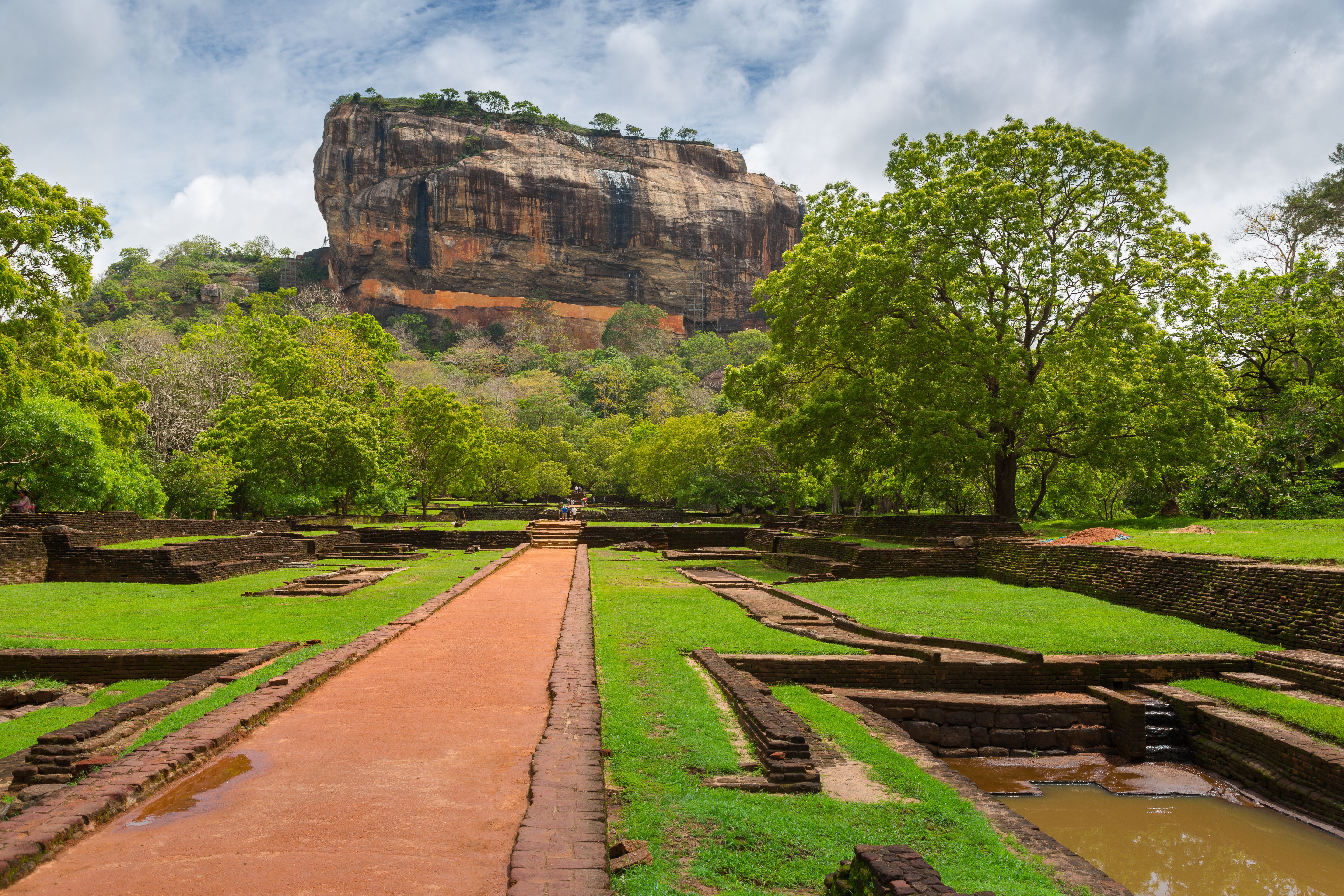 The garden of the palace of The Ancient City Of Sigiriya is one of the oldest landscaped garden sites known to the modern world. Constructed during the reign of King Kasyapa, 477-495 CE, the grounds were divided into three diverse thematic spaces, the water gardens, cave and boulder gardens, and terraced gardens. 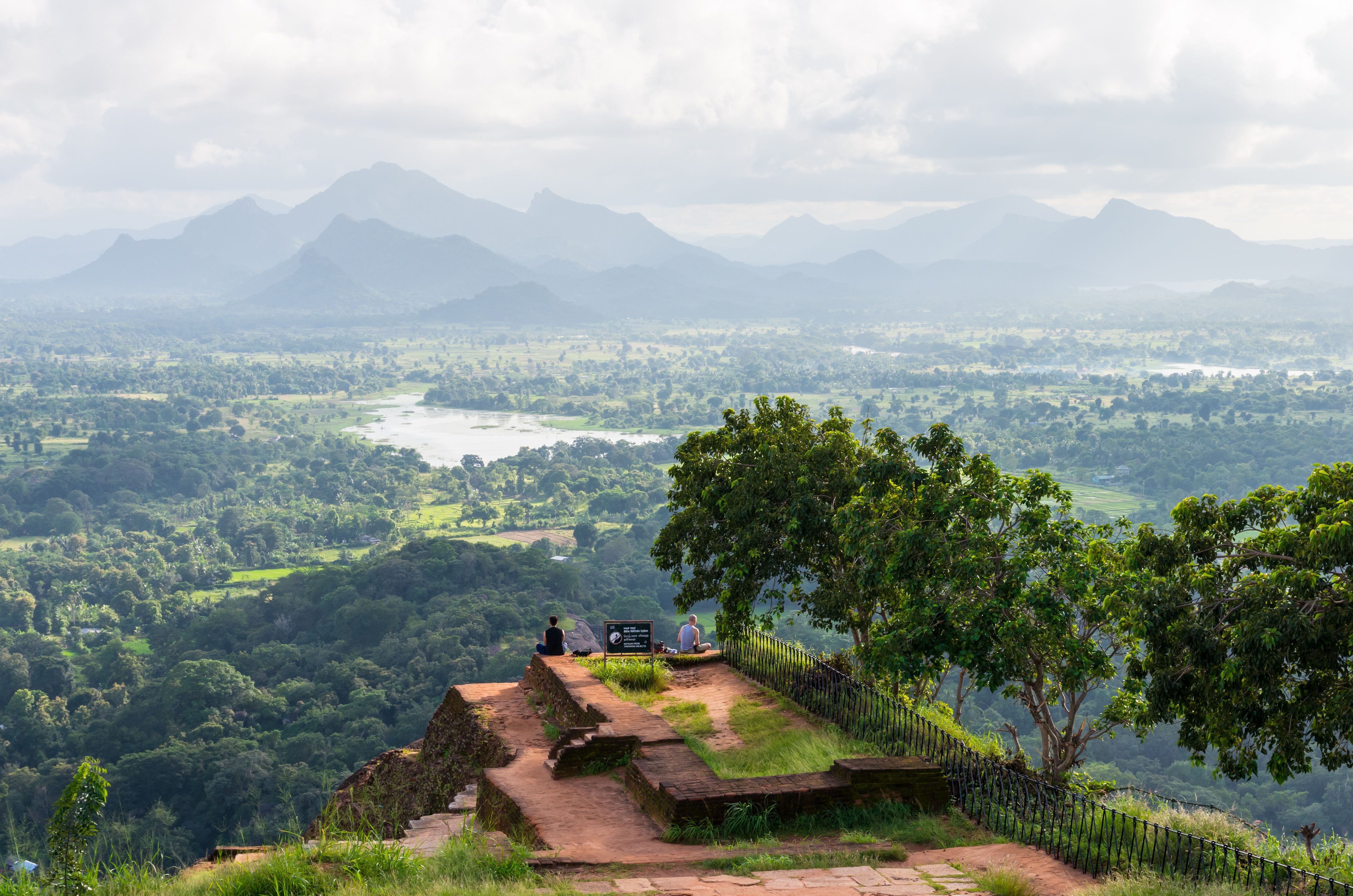 Sigiriya today is a UNESCO listed World Heritage Site. It is one of the best-preserved examples of ancient urban planning and its original irrigation system was found by archaeologists to be very advanced for its era.

You can journey to Sigiriya by bus from local cities Colombo or Dambulla and there is a variety of accommodation available in the area. Admission to the site is from 7am-5pm and costs around $60 U.S. dollars.

Art + ArchitectureThe 11 Most Beautiful Train Stations Around the World
Tagged
National Parks Insider Guides
What did you think of this story?
Meh
Good
Awesome