The Kingdom of Thailand is one of those fortunate destinations that has it all: mountains to hike, beaches to laze on, reefs to snorkel, and cities to explore. You name it, this place has it.

But within the five very different regions we’ll pull apart below, you’ll notice a uniting factor: the people. Nicknamed the “Land of Smiles,” Thailand may range across dialects and cuisines, across mountains and seas, but that welcoming nature never fades. For the first-time traveler, it’s a through-line whose impression will last long after the trip is over. To get started planning yours, here’s the 101 on what to know.

Thailand has dropped quarantine and testing mandates for international arrivals, and, as of July 1, it’s no longer necessary to register for a Thailand Pass prior to entry. All you need is your certificate of vaccination or proof of a negative test within 72 hours of home departure. July 1 also marks the end of mask mandates in the country. In other words: This is the easiest it’s been to visit Thailand since early 2020. Time to go!

To stay abreast of rule changes as you plan your trip, keep an eye on the Tourism Authority of Thailand’s newspage. 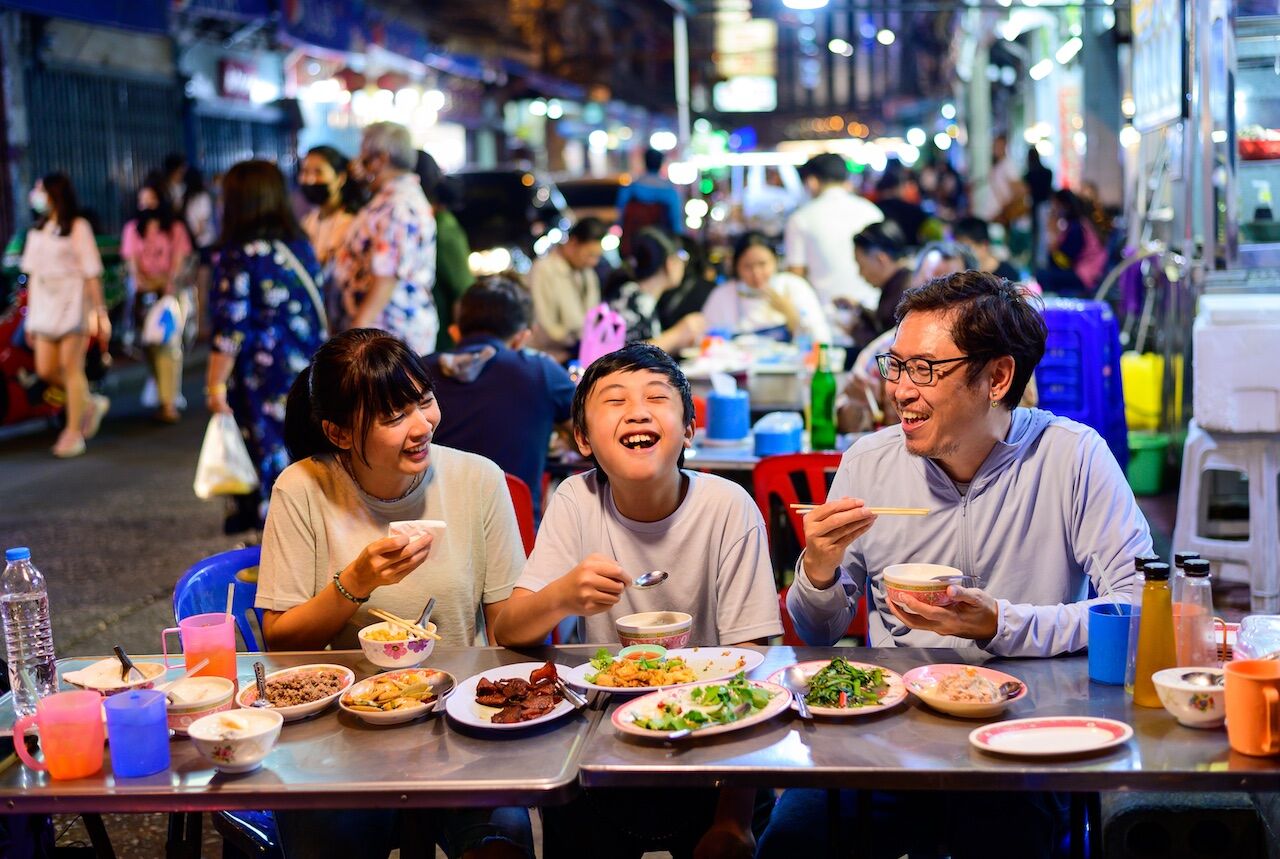 Thais pride themselves on their welcoming nature, so be nice right back and respect the local rules. For example, you may be asked to take your shoes off in temples and in houses. What’s more, Thailand is an unmistakably Buddhist, reserved country overall, so it’s best to dress modestly unless you’re on the beach.

You’ve probably tried Thai food, as it’s the nation’s most successful cultural export, but you’ve never had it so good as in the motherland. Dishes are often served with sachets of sugar and spice so you can doctor the plates yourself, but know that some are spicy from the get-go.

Thai is the national language, but you’ll find locals — especially in Bangkok and tourist centers such as Chiang Mai and Phuket — who speak or understand English. There are also regional dialects across the country, such as Lanna in the north, Pak Tai in the south, and Isan in the east. 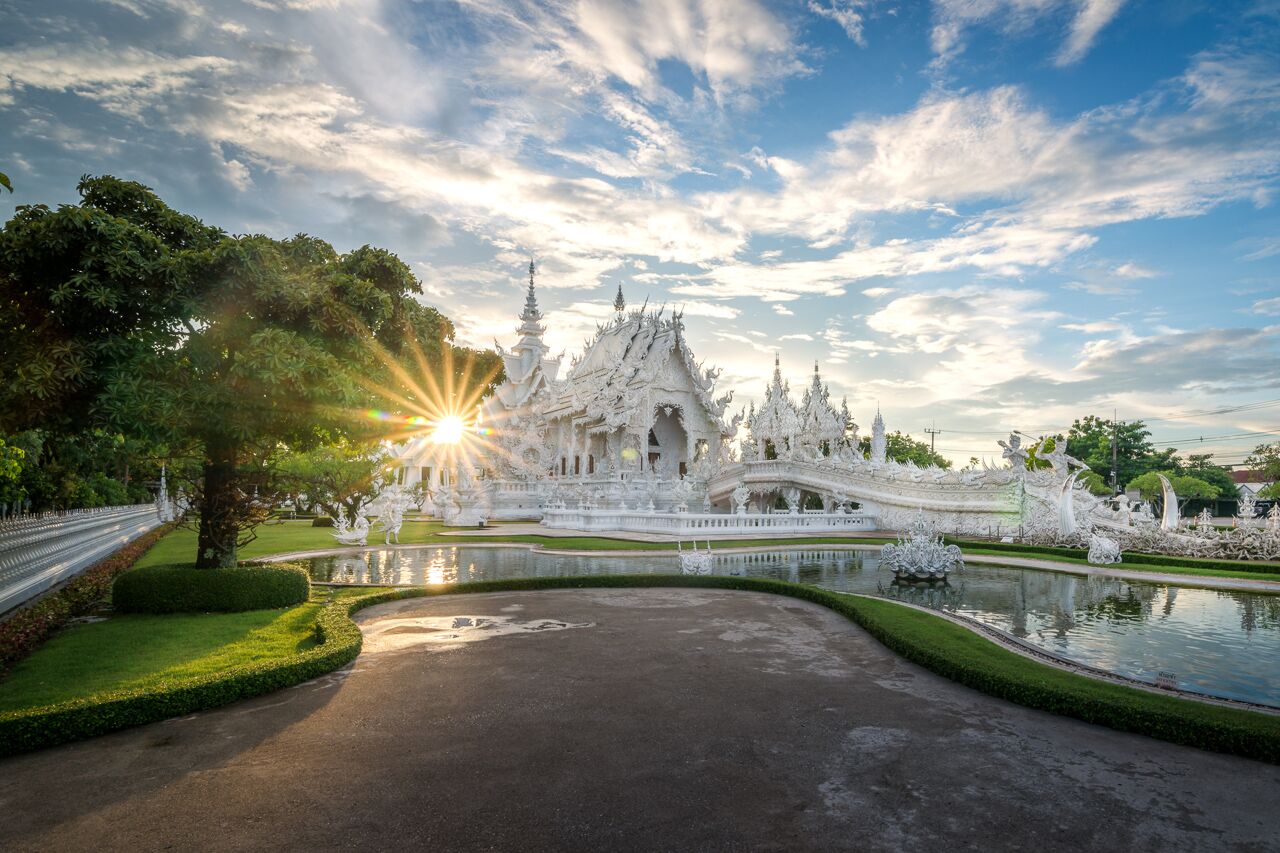 Chiang Mai is a low-rise but sprawling city that spreads as wide as the mountains and jungle that surround it will permit. The area is home to hundreds of temples, and you’ll see orange-robed monks strolling on every street in the old city. Definitely give yourself a few days here, making sure to walk the monk’s trail up to Wat Phra That Doi Suthep; kayak up the River Ping from Wat Fa Ham; and visit Mae Sa Waterfall for a refreshing dip.

Three hours north by bus, Chiang Rai is a much smaller affair. Take in the vibrant sights here, such as the much-Instagrammed White Temple; the modern, moving Blue Temple; and the teak-wood extravaganza nicknamed the Black Temple. That last one isn’t actually a temple at all — it’s an art museum.

To the northwest, the dreamy little town of Pai is the perfect place to unwind and embrace nature to the fullest. Stop by the bamboo bridge over the rice paddies, and make sure to visit at least one of the area’s hot springs. 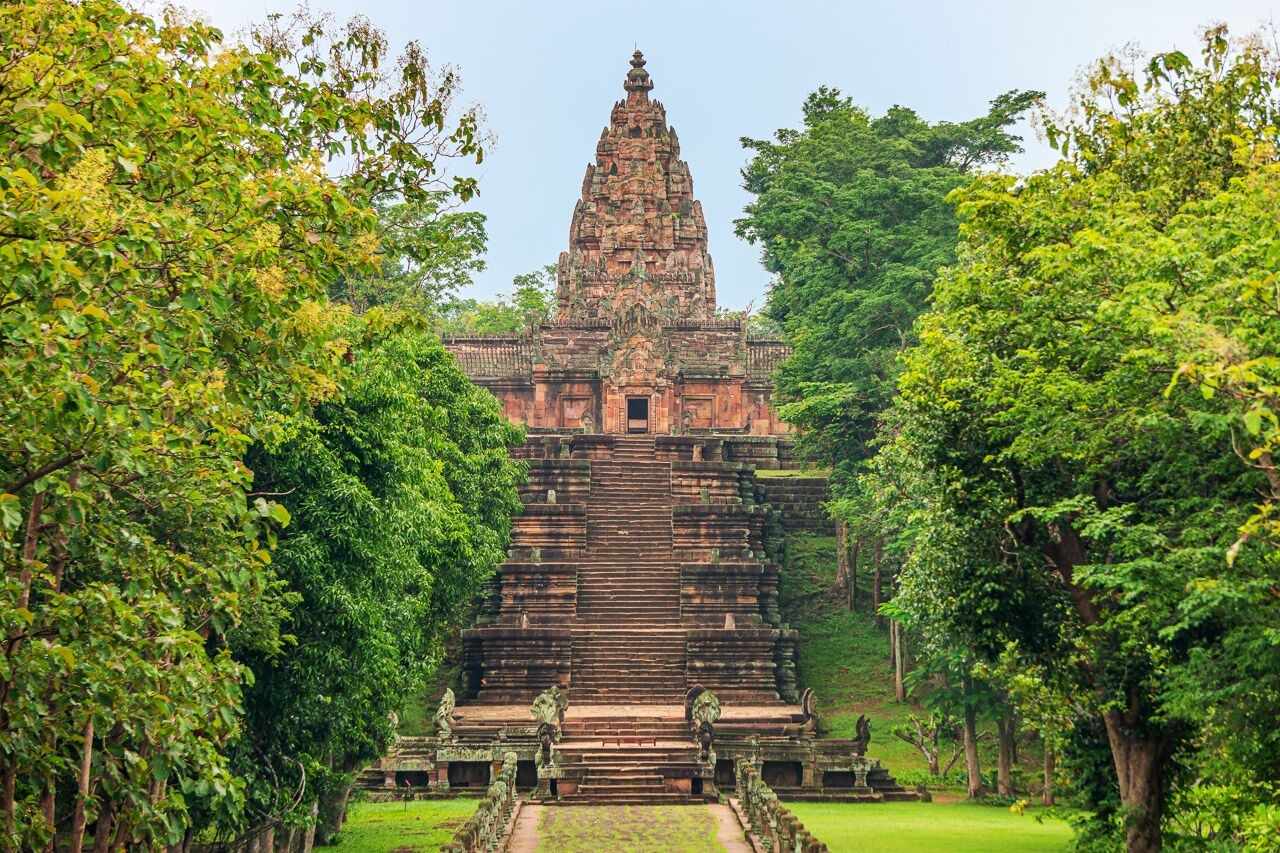 The Isan region — the North East, essentially — has a rich history, a melting pot of sorts with Thai, Lao, and Cambodian influences. Nakhon Ratchasima, despite being one of the country’s largest cities, is less touristy than you’d expect, with beautiful temples and a burgeoning food scene, which has Michelin stars incoming.

To the southwest of the city, pay a visit to Khao Yai National Park to experience Haew Suwat Waterfall, one of the finest in the country. Nearby Khao Yai Art Museum houses some of the best contemporary art around, displaying private collections to the public.

Just a couple of hours southeast of Nakhon Ratchasima, don’t miss the Khmer-era Phanom Rung and Prasat Muang Tam temple complexes. These historic Hindu temples speak to the threads of diversity that run through the predominantly Buddhist Thailand of today. 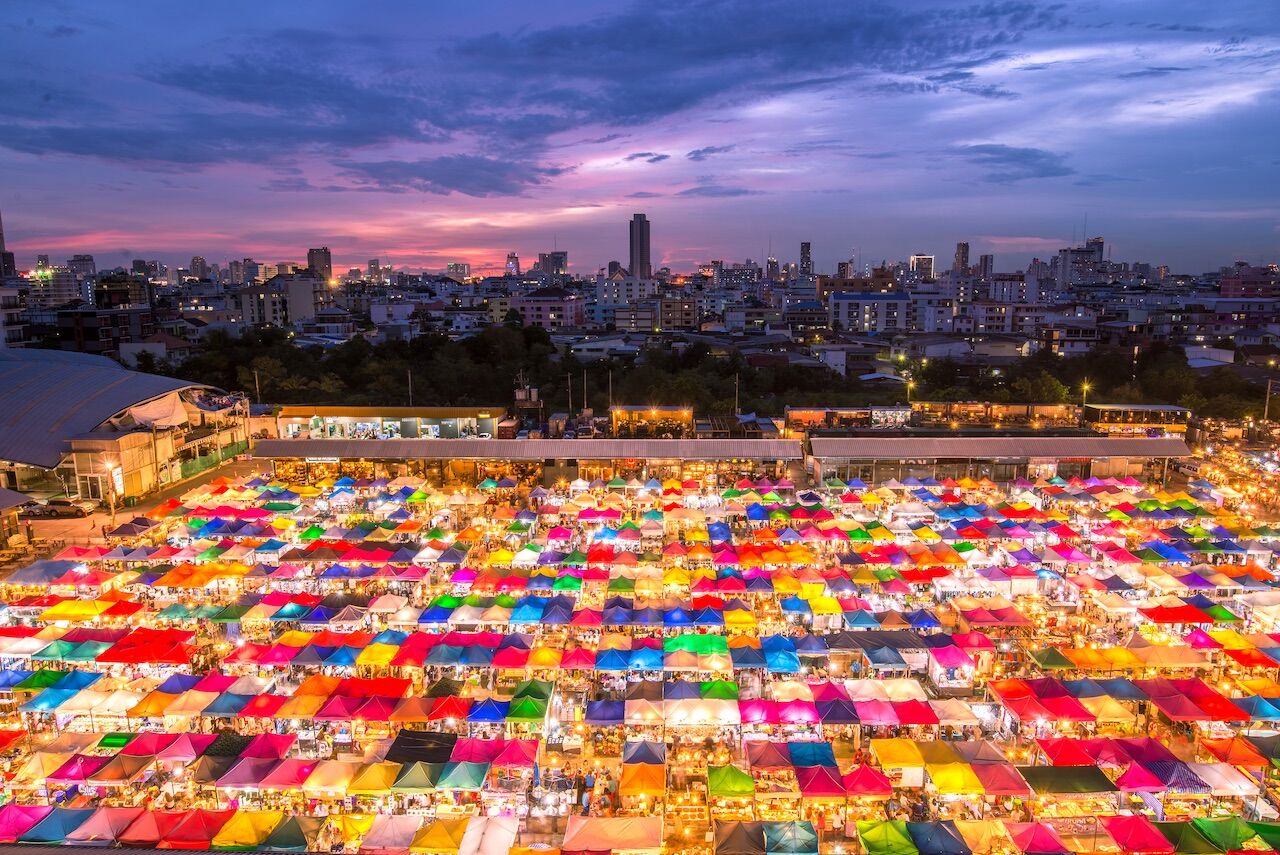 One of the safest megacities in the world, Bangkok is absolutely brimming with charm on every corner. Explore the city by motorbike taxi or the canal boat network to avoid the traffic and take in the one-of-a-kind sights of Thailand’s capital. (The canals are extensive and give Bangkok the moniker “Venice of the East.”)

Unmissable stops include shopping in the country’s biggest market, Chatuchak Weekend Market; eating your heart out in the old city, which is a total foodie heaven (particularly Michelin-starred canteen Jay Fai); cruising around the royal palace complex; strolling the streets of one of the oldest Chinatowns in the world; and, if time permits, taking the short journey up to the former capital, Ayutthaya. It’s an easy day trip to see all the ancient palaces, temples, monasteries, and more.

Also in Central Thailand, to the west of Bangkok, sits Kanchanaburi, a destination known for the River Kwai bridge, railway museums, and war memorials. If WWII history isn’t your thing, there are great lakes here and a hot spring that sends geothermal water to a local wat (temple) as well as to some of Bangkok’s onsen (hot springs spas). 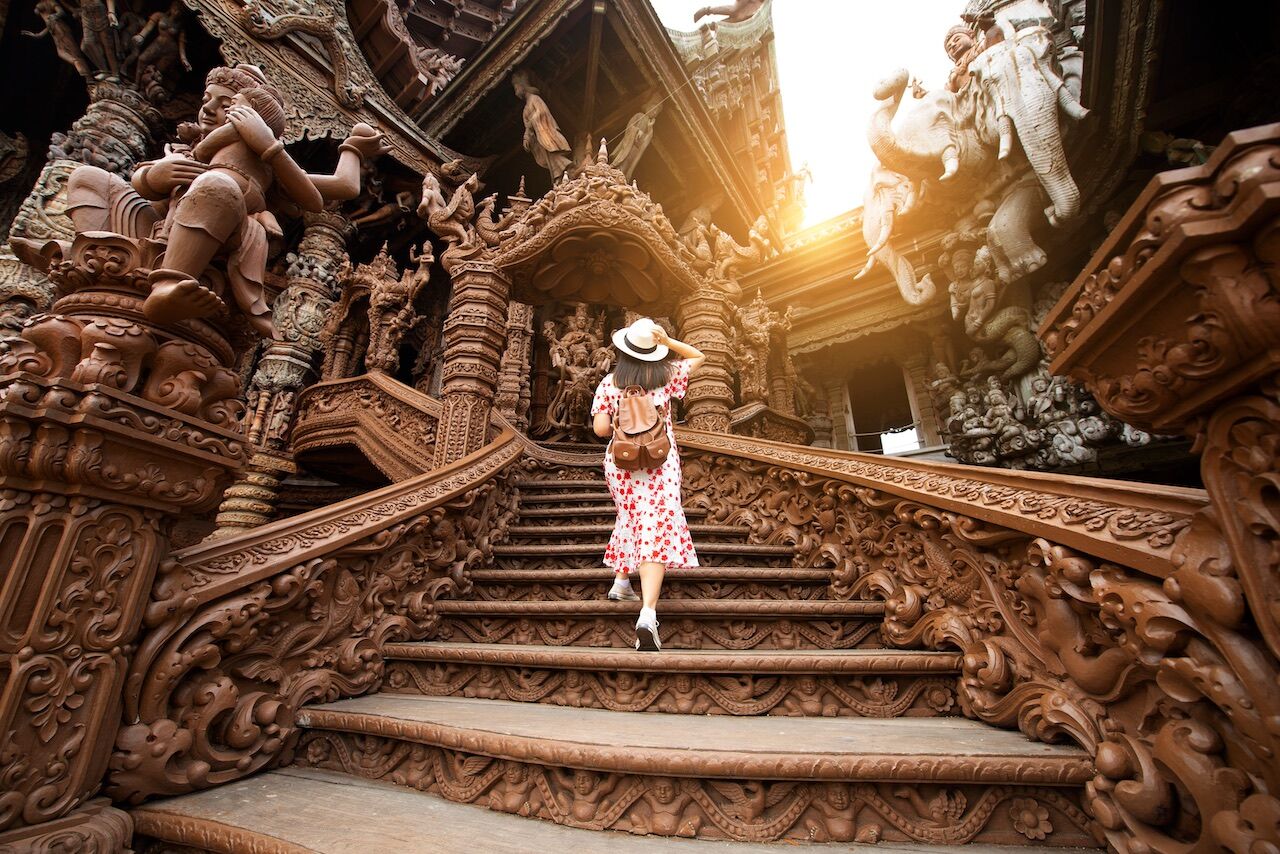 In the East (defined as the small, squarish region to the southeast of Bangkok and abutting the Cambodian border), Pattaya is one of the busiest resort zones in Thailand. The city does offer some lesser-known surprises, though, such as the divine Sanctuary of Truth, a huge wood-carved temple complex that sweeps 20 stories into the sky.

Moving east from Pattaya, the island of Ko Samet has a microclimate that makes it ideal for diving all year round, with coral reefs and white sands lapped by serene waters. 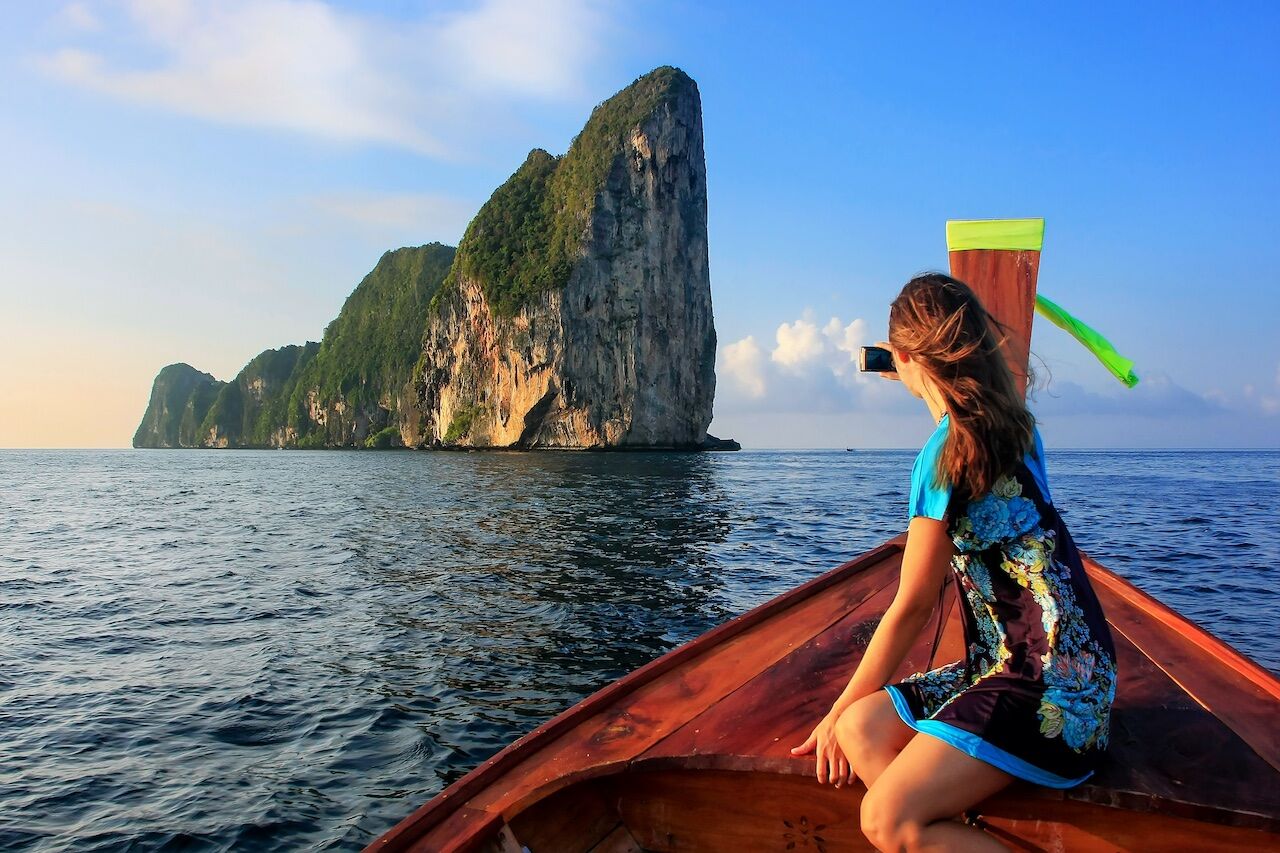 The south of Thailand is laden with hundreds of islands that flank the long, thin mainland on either side. If you’re into snorkeling or diving, this is the place to be. To the west, in the Andaman Sea, is mighty Phuket, the kingdom’s biggest island and one of great diversity — you’ve got everything from forested national parks to stunning beaches and incredibly lively party towns to quiet peaceful villages.

The hilltop Big Buddha is not to be missed — and neither is the colorful old town, whose Sunday night market is a Phuket highlight. On the island’s southern tip, Nai Harn Beach is one of the finest in southeast Asia. Also from Phuket (as well as from Krabi on the mainland), you can hop a boat to access neighboring smaller islands such as Ko Phi Phi (whose famous Maya Bay is now reopened) or the mind-bogglingly beautiful Similan Islands.

To the east of the mainland, the Samui Islands live in the Gulf of Thailand. Ko Samui, Ko Pha Ngan, and Ko Tao may occupy the same archipelago, but they each have a distinct character. And, just as with the rest of the country, it’s worth exploring them all to find your favorite.

Thailand is open! Book your flight on Qatar Airways now. 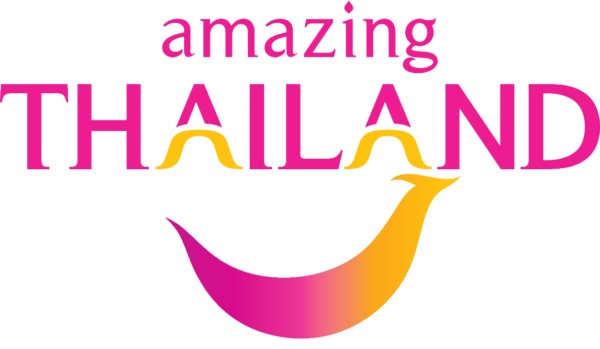 This post is proudly produced in partnership with Tourism Authority of Thailand.
Tagged
Travel Thailand
What did you think of this story?
Meh
Good
Awesome