The potato is one of the most versatile and popular tubers on Earth. Originally from Peru, potatoes spread around the world during the Age of Exploration and are now the fourth most popular crop after corn, wheat, and rice. Today, you’d be hard pressed to find a nation that doesn’t incorporate potatoes in its diet. But no one does it like Belarus.

Such devotion came out of necessity rather than love at first bite. For centuries, the Belarusians used locally grown food for survival. Potatoes were brought to Belarus from the Netherlands in the 1600s and quickly became one of the most popular crops in the country. It’s considered the second bread; there’s hardly a day without any kind of potato dishes for an average Belarusian.

And with all those potatoes comes many, many delicious potato-based dishes. These are six classic Belarusian potato dishes you don’t want to miss out on. 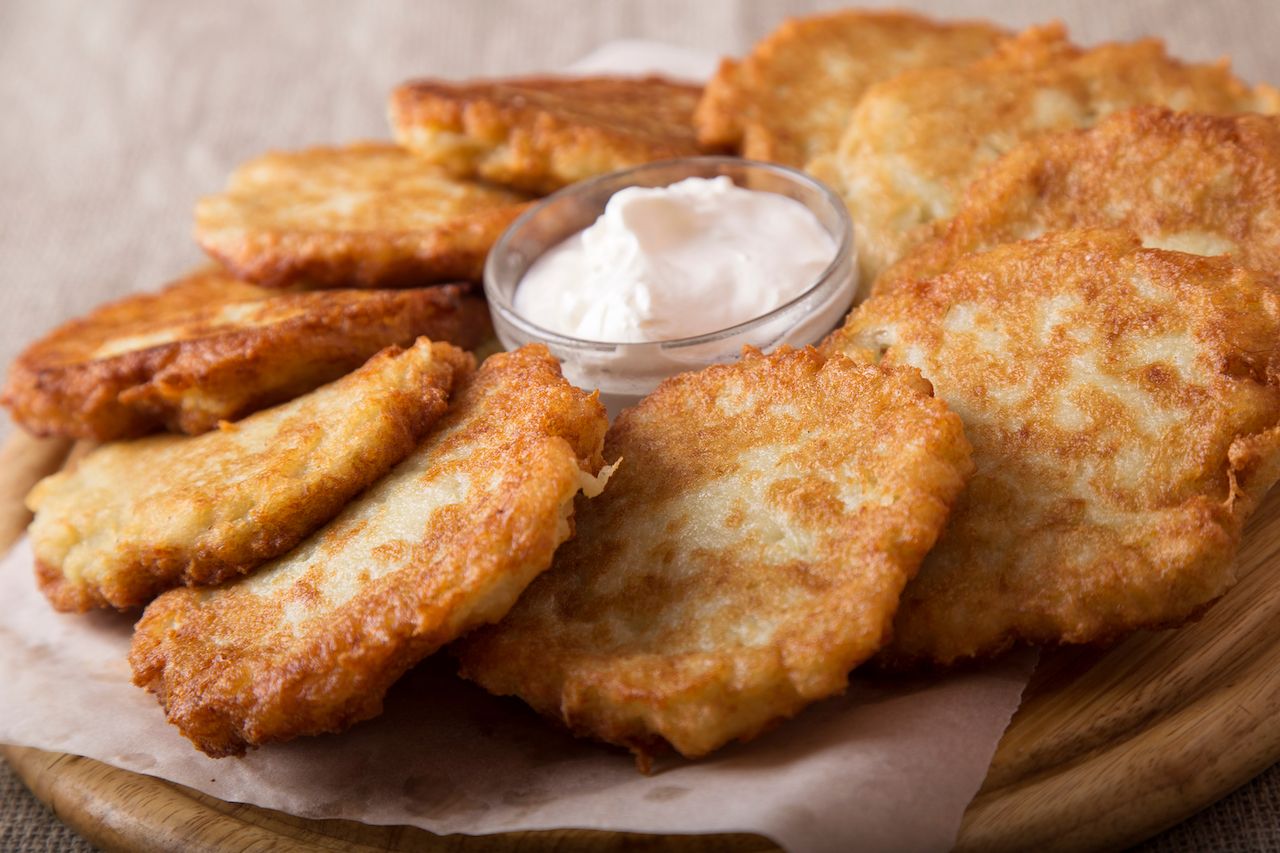 Draniki, a type of potato pancake, is the most popular potato dish in Belarus. It’s a simple dish. All you need is grated potato, onions, salt, and enough vegetable oil to fry each draniki to a golden brown. Draniki are usually served with sour cream, but kids like to have them sweet with a fair amount of butter and sugar, rolled up and eaten whole. Some recipes add ground pork or mushroom. Draniki are mostly eaten for breakfast. 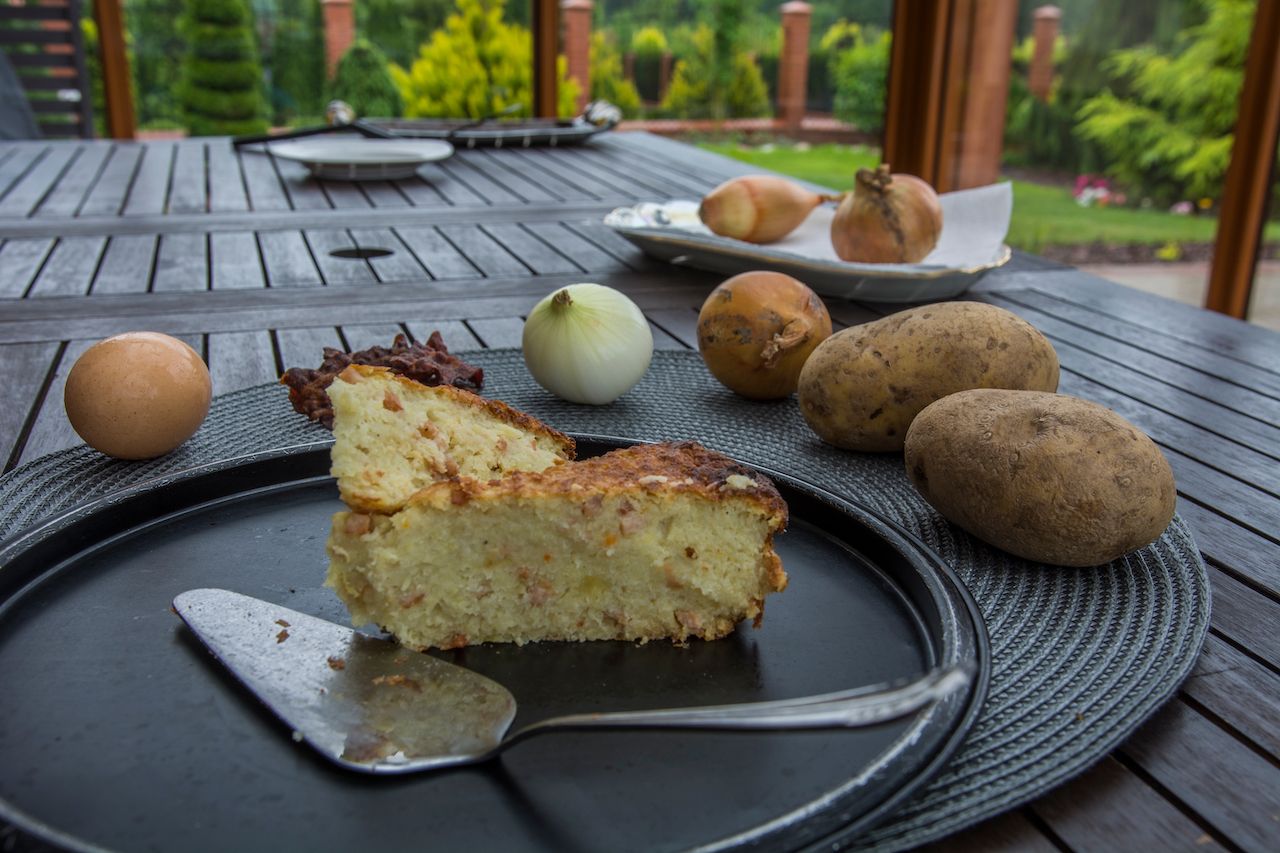 Babka means grandmother, but when talking about food, it refers to a savory Belarusian dish made as a cake of potatoes. It’s similar to draniki, but is cooked in a deep pan or ceramic dish and has a soft inside and crunchy outside. Depending on how it’s cooked, babka can be either for breakfast or fashioned into a hearty family dinner. “Morning” babka uses potato dough made with grated potatoes, meat, salt, and onions. All ingredients are mixed well, poured into a greased frying pan, and baked in an oven for about an hour. For “dinner” babka, the same ingredients are fried on a stove over low heat. The finished dish is served on its own or with sour cream on the side. 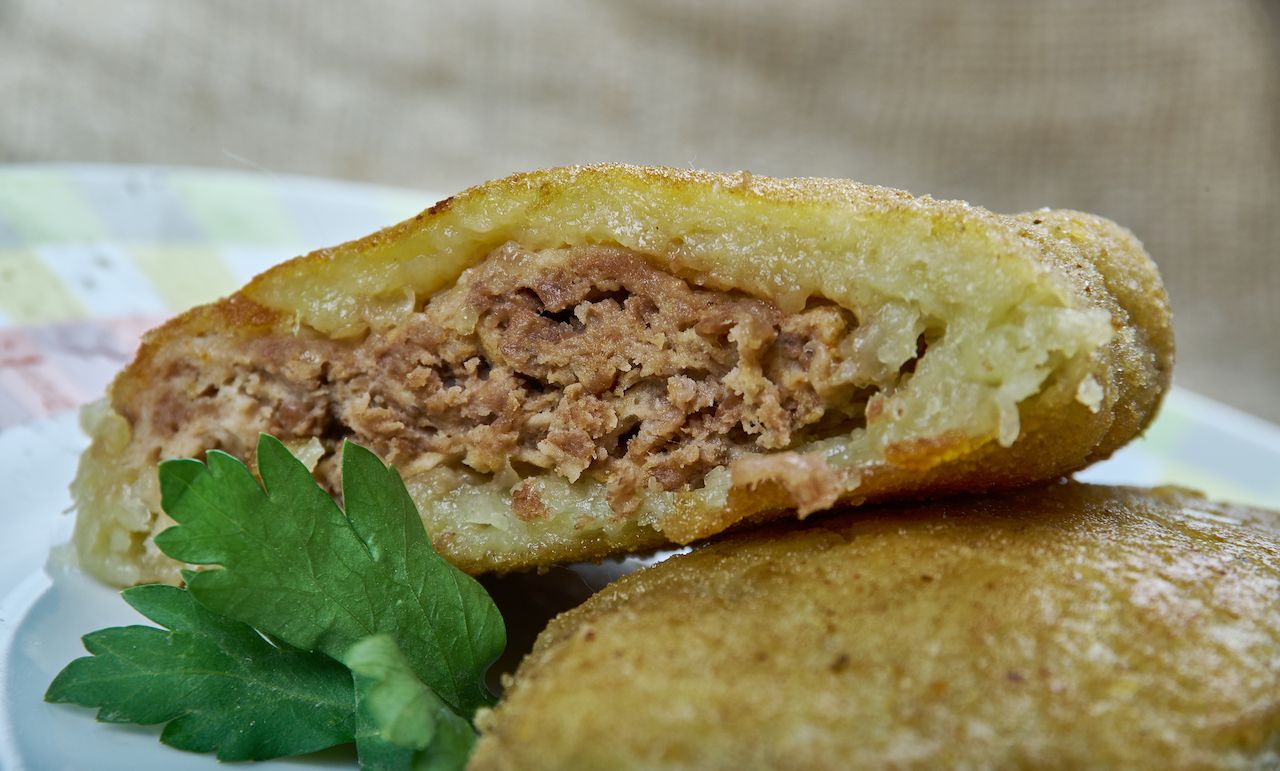 The word kalduny translates to sorcerers or warlocks and has nothing to do with food — except when it comes to dumplings. For centuries in Belarusian cuisine, kalduny meant small dumplings stuffed with meat or mushrooms. Originally, kalduny were made with unleavened dough. Potatoes took over and the recipe was modified over time. It’s not the most popular dish on menus at Belarusian restaurants, but kalduny remains popular as a traditional family meal. 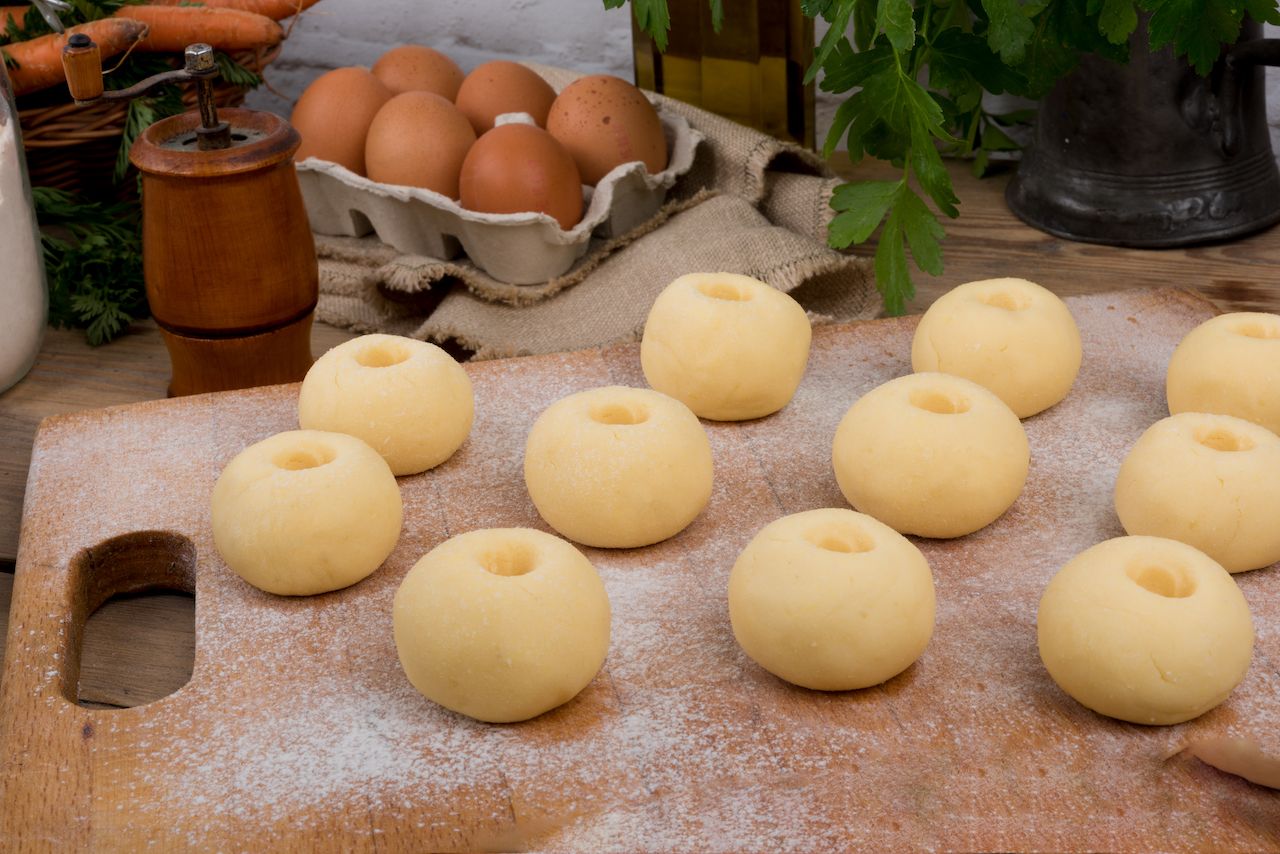 Kletski is a soft dumpling without filling that’s originally from Poland, where it doesn’t have a trace of potato in it. That changed when the dish made it to Belarus. Potatoes replaced flour, and the Belarusian kletski was born. Typically, the dish consists of small potato balls boiled in water or milk, and some recipes include meat and onions. Kletski can be served as soup, eaten on its own, or served with sour cream on top. 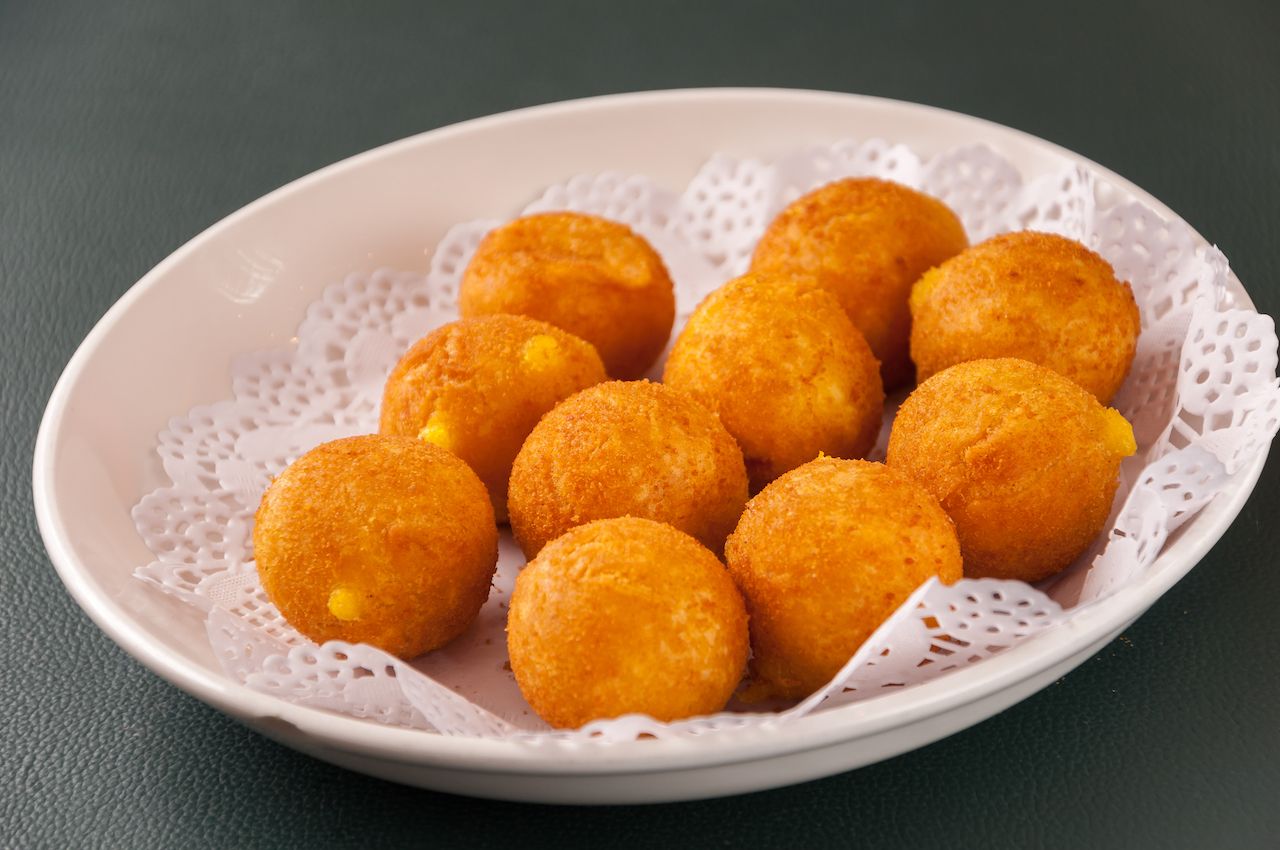 Tsibriki is a traditional bar snack made to be eaten while drinking beer. Its consists of finely grated potatoes rolled into balls and filled with cheese, then rolled in flour and sauteed in lard or vegetable oil. Top it with sour cream and you have the perfect drinking companion after just a few minutes. 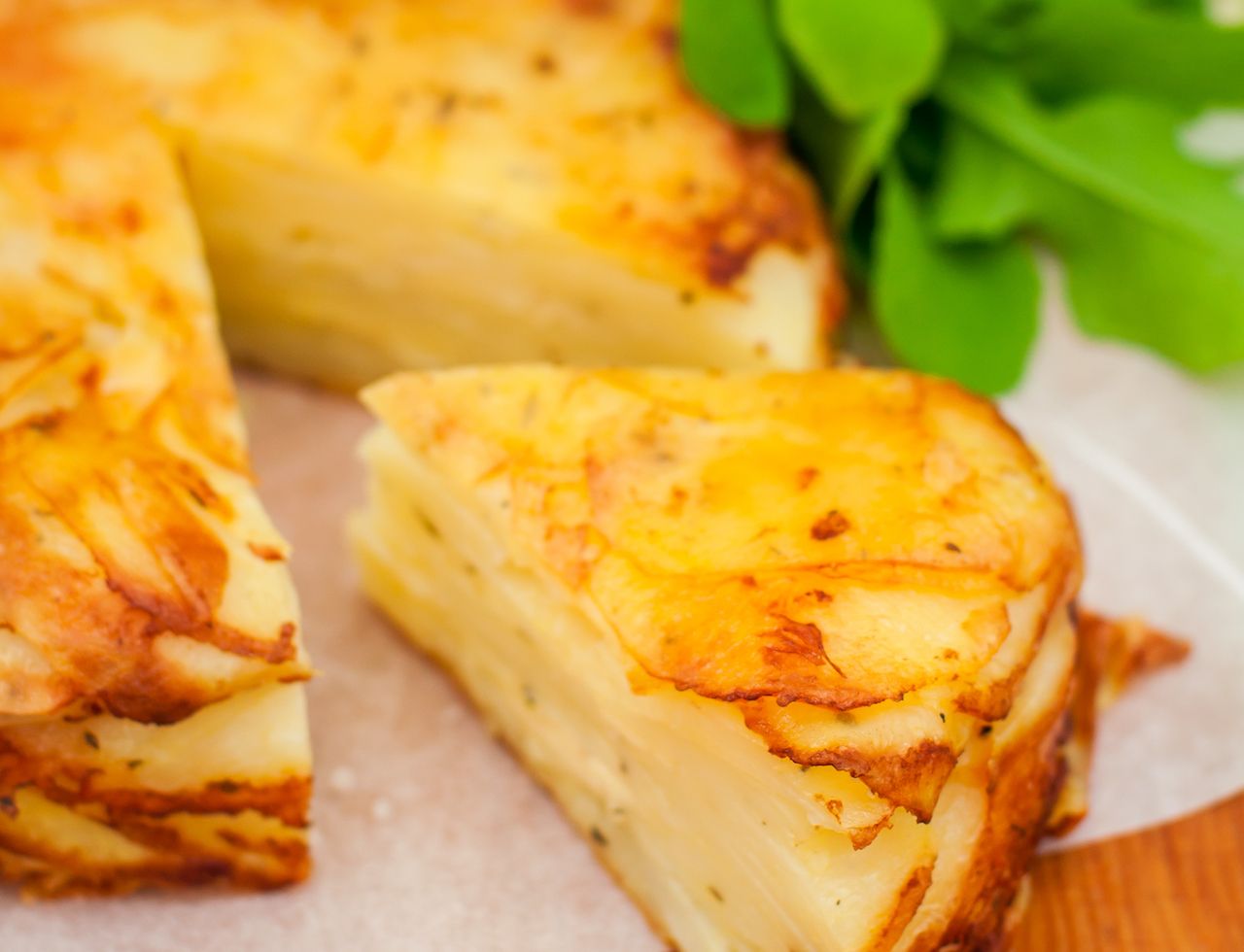 Tukmachi is a cake-like potato dish popular in southwest Belarus. It’s made with fried onions and is almost always served with salted curd or milk. Variations of the original recipe can be found throughout the country, but in the city of Kobryn, it’s elevated by centuries-old cooking traditions.

Maps + InfographicsThe Favorite Breakfast Dishes of 50 Countries Around the World
Tagged
Food + Drink Belarus
What did you think of this story?
Meh
Good
Awesome

6 Truths and a Lie About Belarus