Belize is well known for its lush jungles, crystal-clear Caribbean water, and pale-sand beaches. But travelers are now beginning to discover the country’s many other charms, as well. Belize beckons with its rich blend of cultures, caves, wildlife sanctuaries, fascinating Mayan relics, and incredible historical destinations. You just have to make the effort to get to them. Even then, the effort isn’t too great as most places you’ll want to visit are accessible by bus within a couple of hours. 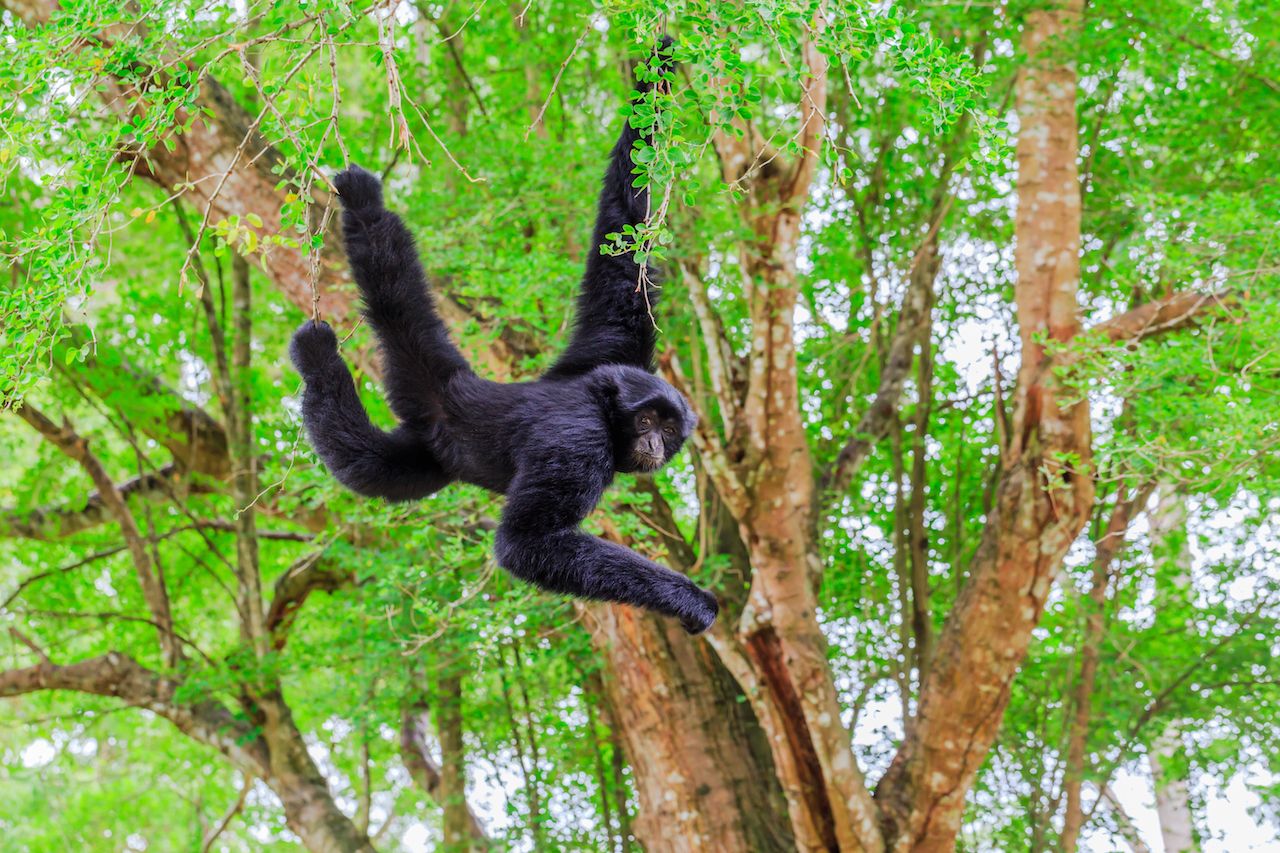 After landing in Belize City, one of the first things you’ll notice is its unique blend of cultures. The largest ethnic group in Belize, known as Kriol, is made up of the descendants of West African slaves captured and transplanted to the region to work field, farm, and forestry. This tragic past is evident in the music, language, cuisine, and folklore of its people. Your first stop in the city should be Nerie’s, a restaurant located a few blocks from the coast that serves the hearty Kriol dishes built from rice, beans, veggies, and either seafood or chicken.

After you’ve eaten, the next way to experience Kriol culture is to visit the village of Crooked Tree. An hour and a half north of the capital city of Belmopan and 30 minutes from Belize City, this town makes for an easy first stop on your itinerary. For the full cultural experience, spend a day wandering the village, take a Kriol cooking class with local celebrity Ava Tillett, and check out the small but fascinating Crooked Tree Museum. This is not a major tourist destination, so don’t expect much in the way of nightlife — though a few days away from the party scene won’t hurt.

If you have time in your itinerary, take a day to tour the region’s wetlands and swamps. Crooked Tree is the gateway to one of Belize’s most impressive nature reserves, the Crooked Tree Wildlife Sanctuary. This protected habitat is home to hundreds of species of migratory birds, as well as crocodiles, monkeys, and iguanas. Bus service is available Monday through Saturday from Belize City to the village, which allows you to access the nature reserve as well as the cultural attractions in town. For an overnight stay, book a room at Tillet’s Village Lodge, at $35 for a room with a single bed or $40 for a double. 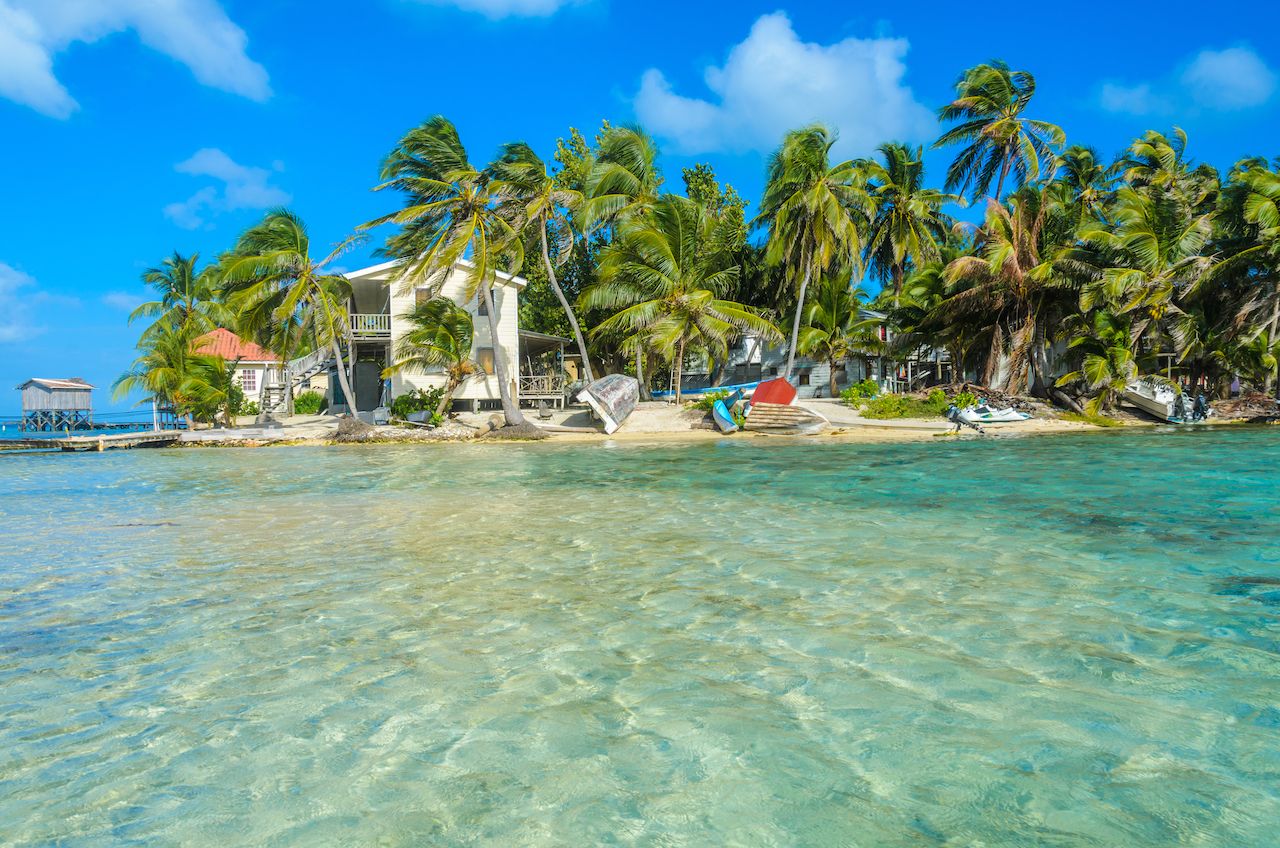 The island of Caye Caulker is one of Belize’s most visited destinations, north off the coast of Belize City. This island was once an idyllic tropical escape best known for snorkeling and scuba diving. Sadly these days it’s become known for long lines of tourists and golf cart traffic jams that can sour a beach holiday, no matter how clear the water is.

Instead, head south of Belize City to the small coastal town of Dangriga. The town itself doesn’t offer much in the way of attractions, but it serves as a gateway to some of the country’s most impressive offshore destinations. Nearby Tobacco Caye offers lower prices and a more laid-back experience than the northern islands; it’s a complete departure from the tourist crowds. If you’re up to an adventure, this is the perfect place to explore Belize’s Mesoamerican Reef and dive with the thousands of colorful underwater animals. The nearby mangroves are home to a variety of birds, reptiles, amphibians, and even rare mammals like the manatee. 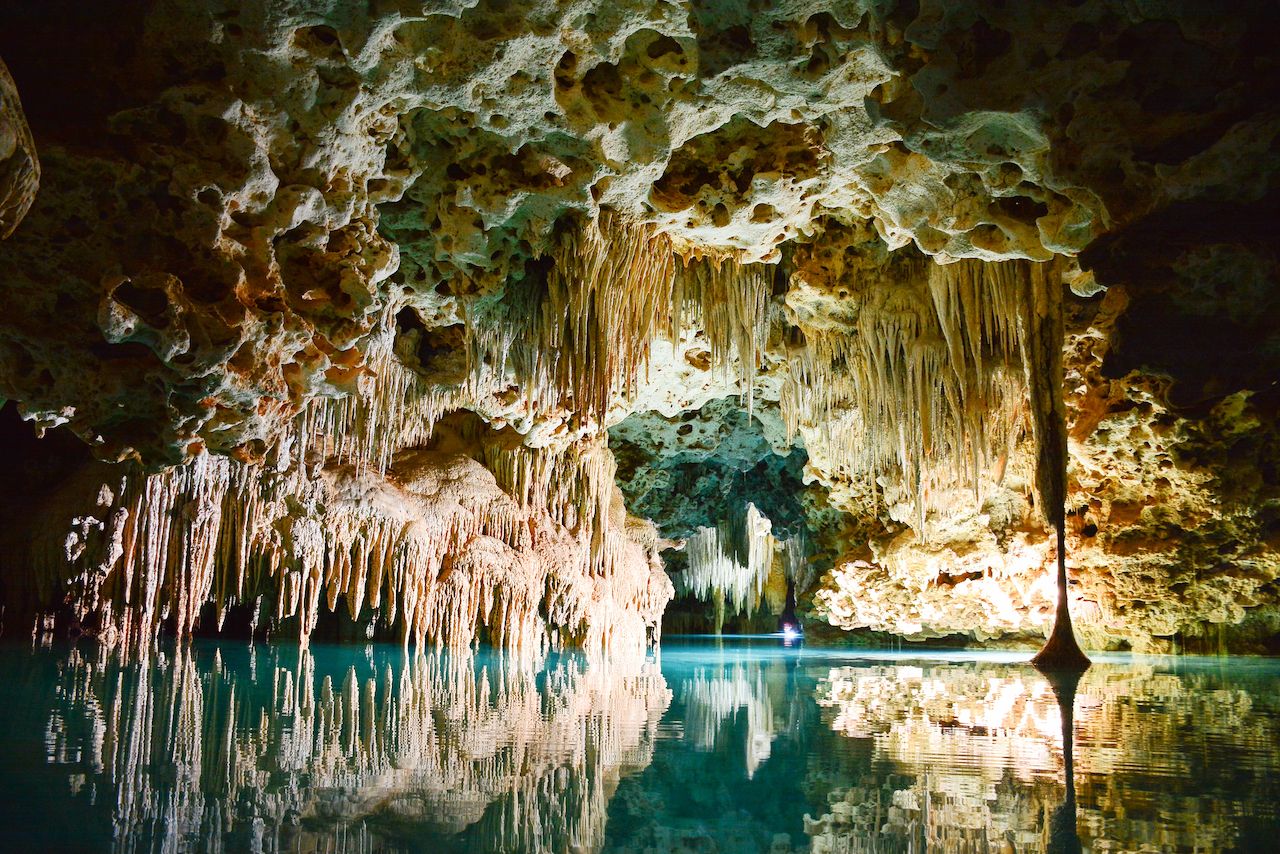 The ancient Mayas of Belize believed that caves were the gateway to the underworld, known as Xibalba. Here, their shamans practiced rituals, sacrifices, and held ceremonies to communicate with the gods. Today, you can venture beneath the earth’s surface to spot the artifacts they left behind, as well as stunning geological formations.

The most famous cave system in Belize is the Actun Tunichil Muknal or “ATM” cave, located near San Ignacio. The bus ride from Belize City takes about 2.5 hours, with buses leaving from the main terminal every 30 minutes. Of the more popular and crowded spots in Belize, this is one you should not miss, as there’s no other place on earth where you can come this close to authentic Mayan artifacts — and haunting human remains.

If you visit during the rainy season from May to mid-November, you’ll have to swim through a completely flooded passageway to enter the cave. The rest of the year, a 45-minute hike will get you there. Either way, you’ll need a guide, which you can book online, as only 125 people are allowed to visit the site each day.

There are also nearby caverns with less intense hiking options. A guided kayak, canoe, or tubing trip through the Barton Creek cave system or a moderate hike through Crystal Cave can be done in a half day — you can book these guides through Hannah Stables. Nearly all of Belize’s best caving is accessible via a day trip from San Ignacio, a bustling little backpacker town that’s also a great place to take it easy in a hammock for a day or two. 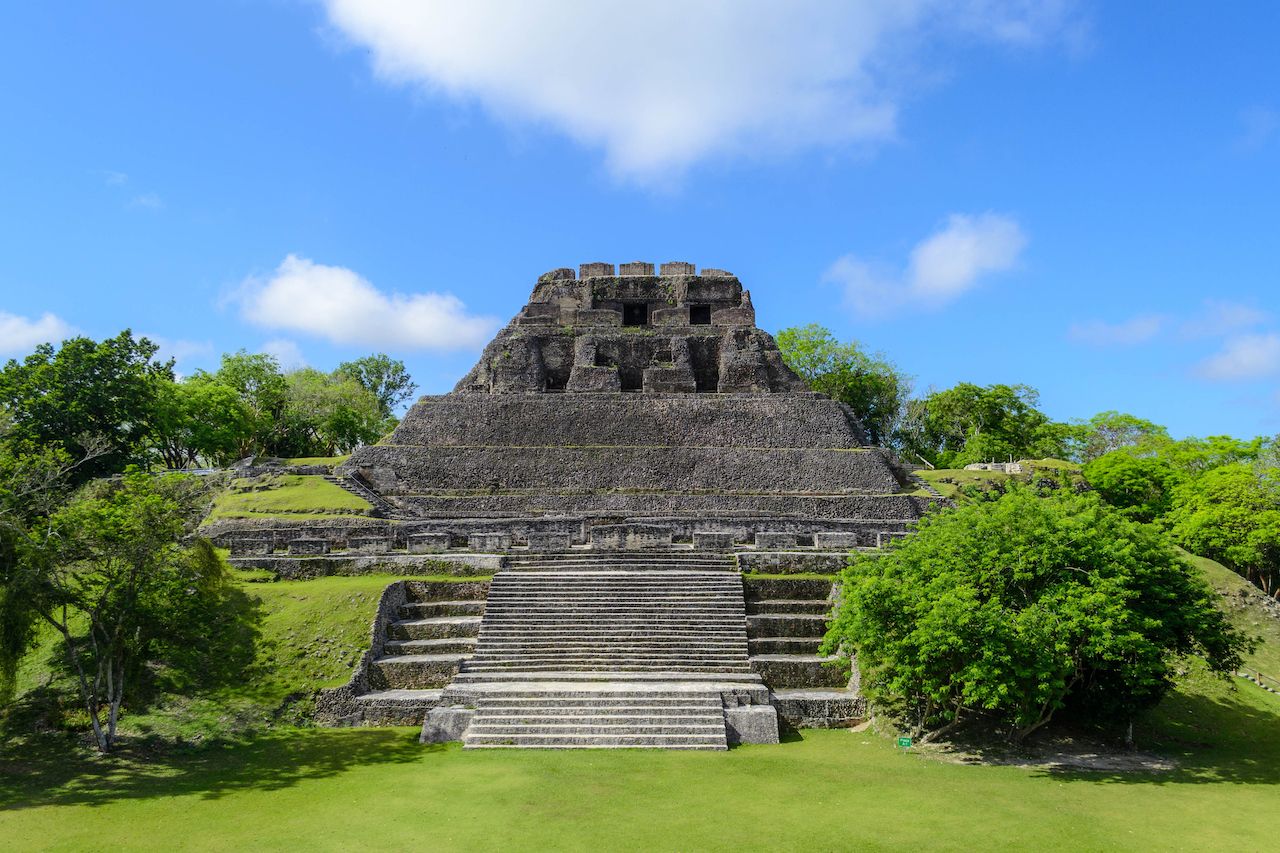 Xunantunich, west of San Ignacio near the border with Guatemala, is Belize’s most popular place to tour Mayan ruins. But getting there on your own takes some extra effort. You’ll need to drive out of town, cross a river on the oldest ferry you’ve likely ever seen, and hike up to the archaeological site. The view from the top of this well-preserved temple is worth the trip, however, and you can make it easier by joining an organized tour, such as through Pacz Tours. For the best photo opportunities, visit right around sunset, once all the tour groups have left for the day.

If you’re up for an adventure, take a trip to the Caracol ruins within the Chiquibul Forest Reserve. This site in the center of Belize is one of the country’s hardest to reach, so you’re almost guaranteed to have the place to yourself. Caracol is the largest known Mayan complex in Belize, and many structures are still being discovered in its vicinity. Plus, the drive in is one of the most scenic trips you’ll take, passing through forest, jungle, hills, and plateaus.

A few hours north, Lamanai was one of the longest-occupied and most populated Mayan cities in Belize. People inhabited this area all the way up until the 19th century, and over 700 known structures exist in the area. It’s a great place to see a wide variety of both classic and modern Mayan construction. Most guests visit this site by driving in from the closest town, Orange Walk. But take a water taxi up the river instead for a chance to spot birds, crocodiles, iguanas, and more wildlife.

Spend a day in the big city 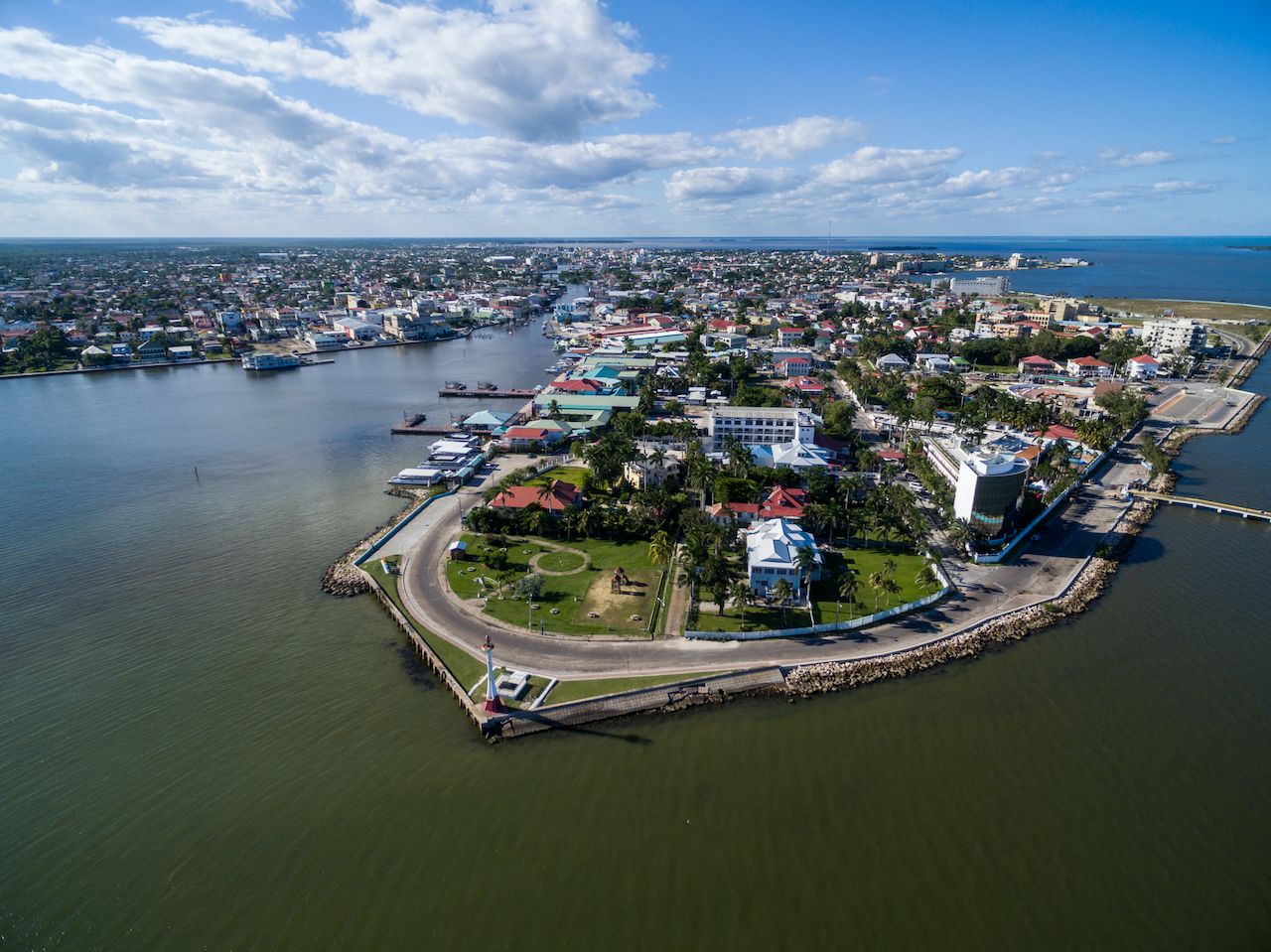 Belize City is crowded and can be a bit dangerous. Most tourists head straight from the airport to more scenic destinations further afield. But a day in the city makes for an excellent introduction to Belizean culture and lifestyle. Take a wander through the city’s backstreets during daylight hours, and you’ll discover a laid-back atmosphere fueled by reggae music and delicious local street food.

Start your day off at the Michael Finnegan Market, home to an impressive selection of local produce, baked goods, crafts, and more. This is also an excellent place to buy high-quality dairy products made by the local Mennonite community. Save room for lunch, though. Well-known eateries like Dario’s Meat Pies and Dit’s serve some of the country’s most authentic Kriol and Garifuna (a culture of those from mixed African and indigenous ancestry) food — although the surrounding ambiance can be hectic. As the afternoon fades, take a walk along the waterside near Digi Park, where street performers, musicians, artists, and vendors of all kinds set up shop here during the cool early evening hours. A hotel room in the city can be as cheap as $35 per night, and you can upgrade to a beachside location for under $100.