Scoring deals on flights is every traveler’s goal, especially when traveling internationally. To help save your hard-earned dollars, Scott’s Cheap Flights — a website that finds the best flight deals and shares them with its members — created an in-depth report on which airports are the best and worst when it comes to cheap international flights.

Scott’s Cheap Flights looked at commercial international airports in metropolitan areas with at least 1 million inhabitants to determine which ones are scoring the best deals the most frequently. It gathered data on how many deals were sent out to Scott’s Cheap Flights members for flights departing from each airport in the past year.

The report explains why these particular airports provide cheaper international flights: “Some airports simply see more frequent flight deals than others, thanks to a number of factors including the amount of airlines serving the airport and the amount of competition on various routes from that airport.”

The best US airports for cheap international flights 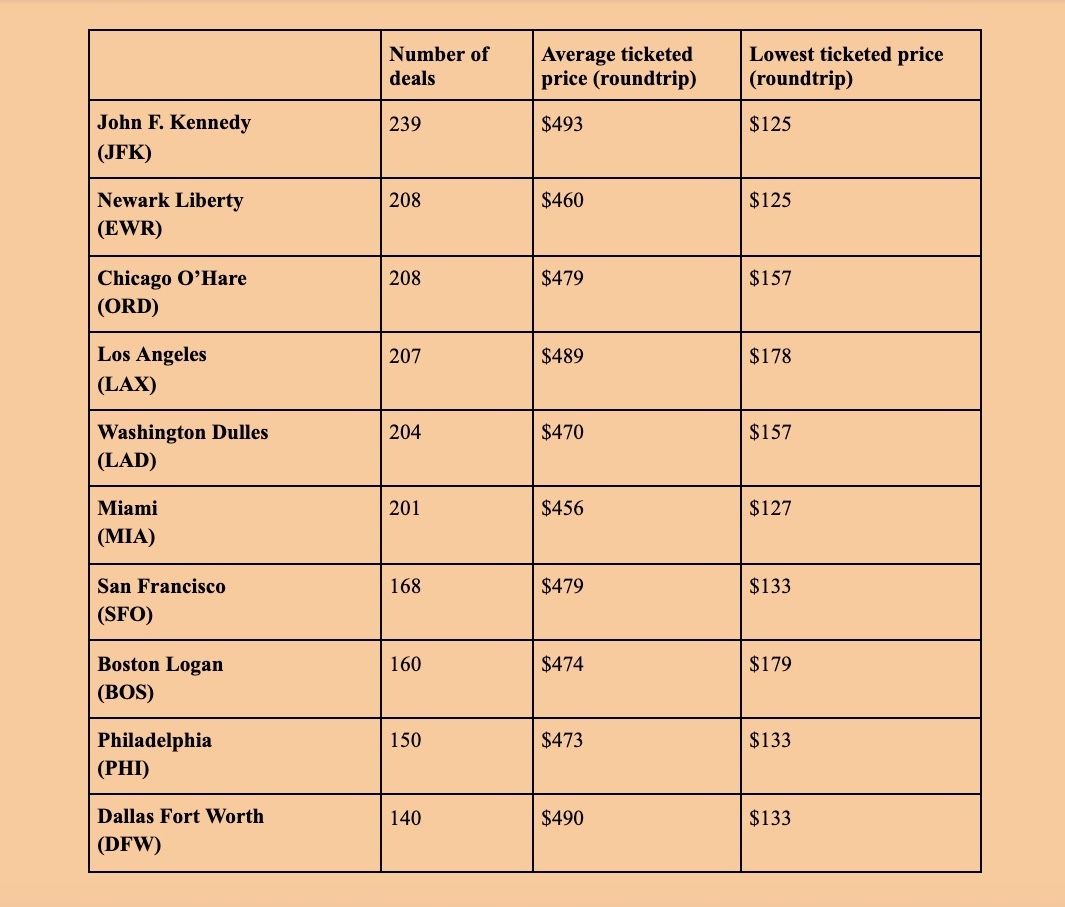 Airports in smaller metropolitan areas with fewer flights present fewer deals. Most of the following airports require connection flights — they don’t offer direct international flights — which leads to “a lack of competition and the lack of deals,” the report explains.

The worst US airports for cheap international flights 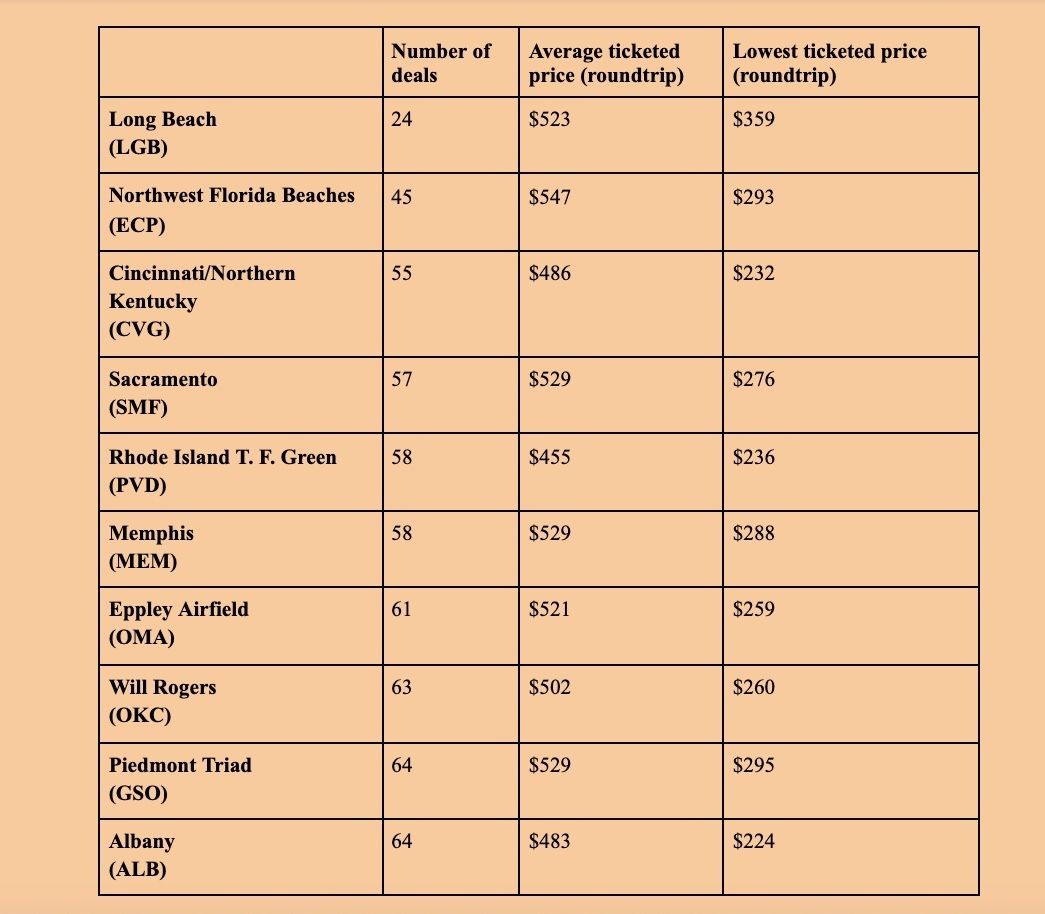 NewsThe 10 Most Expensive Airport Parking Lots in the US
Tagged
Airports + Flying News
What did you think of this story?
Meh
Good
Awesome