Today there is a great mix of old-school rent-controlled New Yorkers and young, wealthy trendsetters that keep a balance of true grit and modern hip. There are bars that capture that mix and draw a seriously cool crowd, you just have to know where to find them… 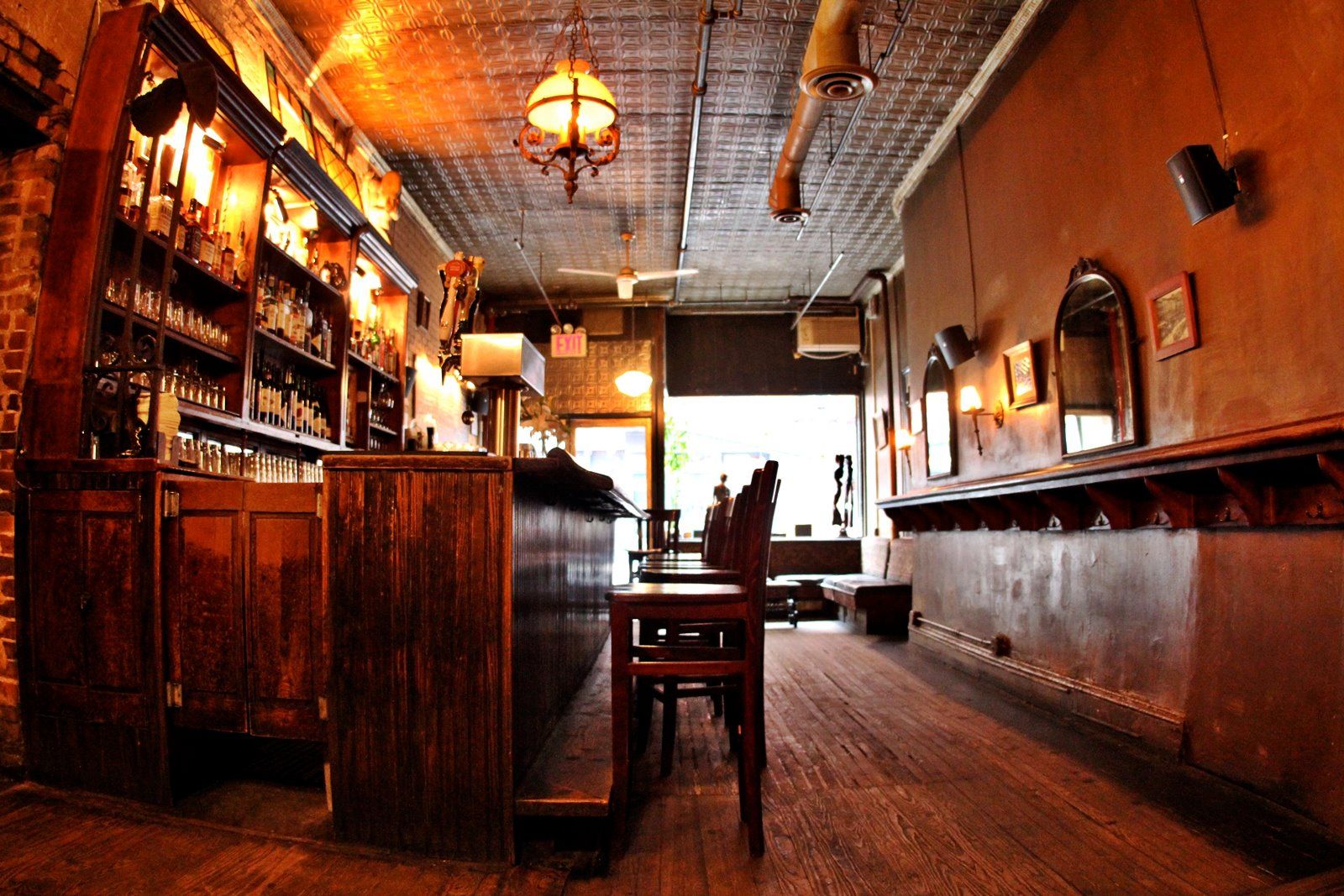 Von is cool. I know, I saw Paul Rudd there. He winked and swiveled his hips toward me in some quirky dancing notion. Grab a beer or mixed drink upstairs or head to the subterranean dance lounge downstairs. It never gets too packed so it is the perfect place to hide out (and celeb spot).

Across the street curtained Ghost Donkey is a sorta speakeasy with a super hot patronage. It’s so crowded it can be stifling, but you probably won’t complain when you’re bumping up against this group. There’s a light Mexican theme and a full list of tequila cocktails.

Moving south across Houston, gastro-brewery Paulaner is a somewhat nouveau take on the ever popular beer hall. There’s plenty of room to chill out at a table or hang at the bar and a multitude of beers to choose from.

Sweet & ViciousNew York, United StatesDark bar with a DJ on weekends and a back patio. Awesome frozen margaritas. Great crowd on weekends.

Head to Sweet & Vicious, but show up early, it can get PACKED. There is a killer wood paneled back patio with abundant seating space (for a New York patio, anyway) and the best non-Mexican-restaurant frozen margaritas. On weekend nights there is a DJ. The crowd is typically young and very in favor of dancing. Expect a lot of big groups.

Randolph Beer NOLITANew York, United StatesExcellent beer selection with a laid back vibe and outdoor seating. Perfect to host a party or hang with a group. #food #casual #beerselection

Randolph is a locals’ spot. It is casual and could be classified as an upscale dive; cheap drinks and laid-back vibes but still feels kind of chic. There is outdoor seating out front, awesome for people watching – which is exactly what you’ll want to be doing in this area.

Tropical 128New York, United StatesThis place is totally random and weird which is what makes it so great. Perfect spot to start or end an NYC night out. #casual #eclectic #divebar #cheapdrinks

Tropical 128 is a random bar out of some eighties movie that feels completely out of place but somehow makes total sense in borderline Chinatown Elizabeth Street. Everyone that talks about Tropical 128 says “it sucks,” but these are the people that keep visiting weekend after weekend. It’s kitschy in a way you want to hate but cannot help but love; think billiards, lots of neon and grungy bartenders serving up cheap mixed drinks.

Bonnie VeeNew York, United StatesReally awesome date spot or just fun to go out with a group. Awesome cocktails and a killer back patio. #cocktails #cocktailbar

Bonnie Vee is a cocktail bar with cocktails that are actually worth the price point and a good-looking but unpretentious crowd – both of which are oddities in NYC. It’s a great date spot because of all of the candlelight, but it’s also a lot of fun with a group. The outdoor area is a little oasis courtyard, enclosed by the surrounding residential buildings, making it feel like a hangout hidden from the busy LES streets.

Leave Rochelle Out of It

Leave Rochelle Out Of ItNew York, United StatesFriendly bartenders, fun crowd, big TVs which they always use to host screening events (be sure to sign up for their newsletter for drink specials, too) and a photo booth. A lot of badass personality in a little bar. #cheap-eats #casual #open-late

Rochelles has a ton of regulars, which makes it feel like a party all the time. It is a small space with a big personality – the bartenders are friendly, the signage is hysterical and they are always screening a game or award show on their TVs (with drink specials to go along). There is a photo booth. There is food. On the weekend days it is empty, but on the weekend nights it is packed. Either way, it is a good time.

The BoxNew York, United StatesHard to get in but if you make it past the doorman it’s a nightlife experience you’ll never forget. Vaudeville on crack. #toughbouncers #dancing #club

You might have heard of The Box. It is a nightclub that caters to a sexy, elusive Manhattan crowd. The bouncers are tough and the prices are high but the experience is unlike literally anything else. Anyone who has been here has an insanely wild story about the vaudeville-esque shows that go on through the night. Some things cannot be unseen, but, if you can get in, why not etch some kinky shit into your memory?

The 11 Best Dive Bars in Manhattan

Where To Go on Your Tinder Date in Manhattan

10 Core Differences Between Brooklyn and Manhattan

8 Places To See in Manhattan Before They Go Extinct

6 Signs You're Broke as Hell in Manhattan

Narrative Archeology: Tales of Place in the Digital Age