Brazil is known for its meat-based meals, but the food goes way beyond barbecue. Brazilians know how to end a meal just as well as they know how to grill one. The country’s cuisine is influenced by native cultures, Europeans, and Africans, and nearly every meal is accompanied by a little something sweet. Sometimes that means something simple and fruit-based; other times it means an elaborate pastry made with sweetened condensed milk and loaded with coconut. Often, desserts are variations on Portuguese desserts made with local ingredients. Here are a few of the best Brazilian desserts you need to try. 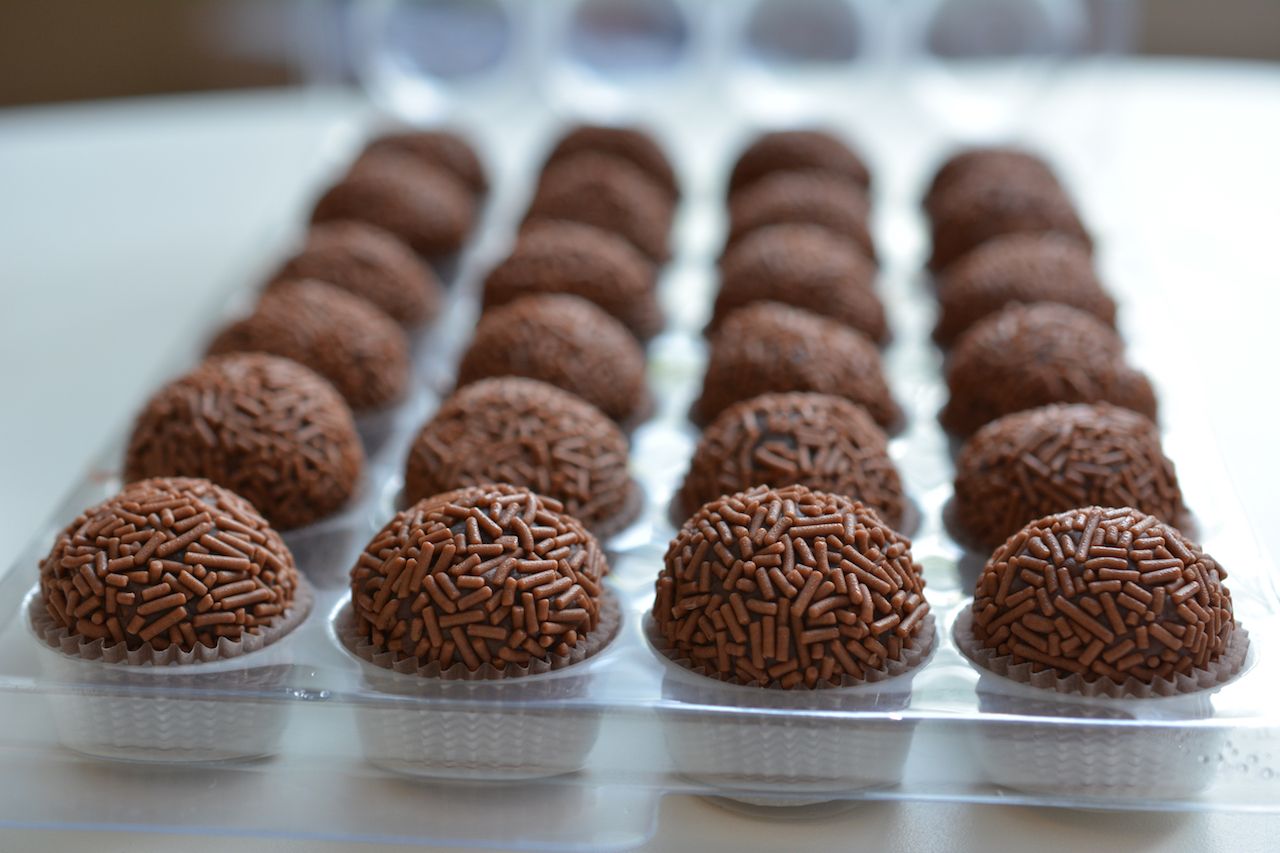 Brigadeiros are the most popular Brazilian candy and a big part of every traditional Brazilian birthday party. They’re made of condensed milk, chocolate powder, sugar, and butter, and they’ve been around since 1945. According to legend, the sweet was invented by women who supported the presidential campaign of Air Force Brigadier Eduardo Gomes. The treats took on his nickname: “brigadeiro.” Today, the candy is usually presented in a small ball shape and covered in chocolate sprinkles. Gourmet versions are also available, with fillings that range from berries to crème brulee. 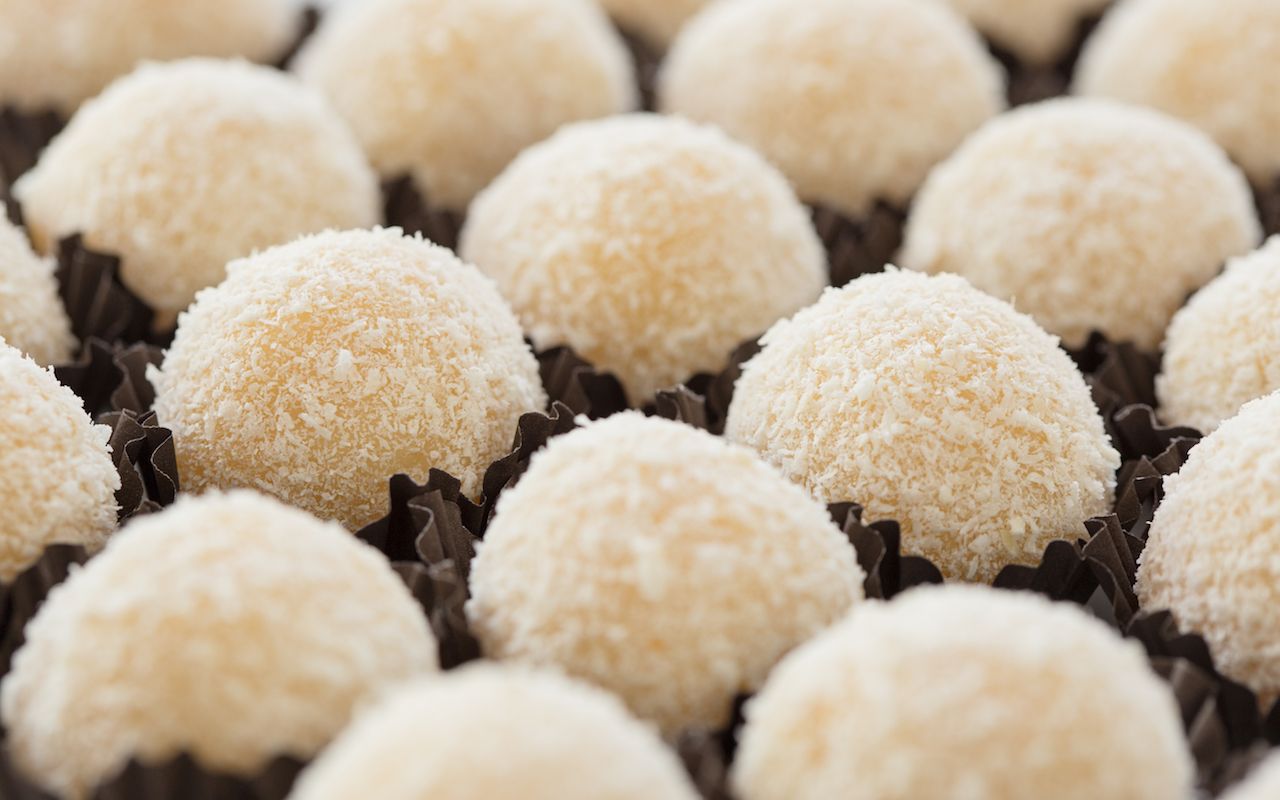 A coconut version of the brigadeiro, the beijinho is just as popular at birthday parties in Brazil. The difference between the two recipes is that beijinhos use coconut instead of chocolate powder. After being rolled into small balls and covered in grated coconut, they’re traditionally covered with sugar and clove. 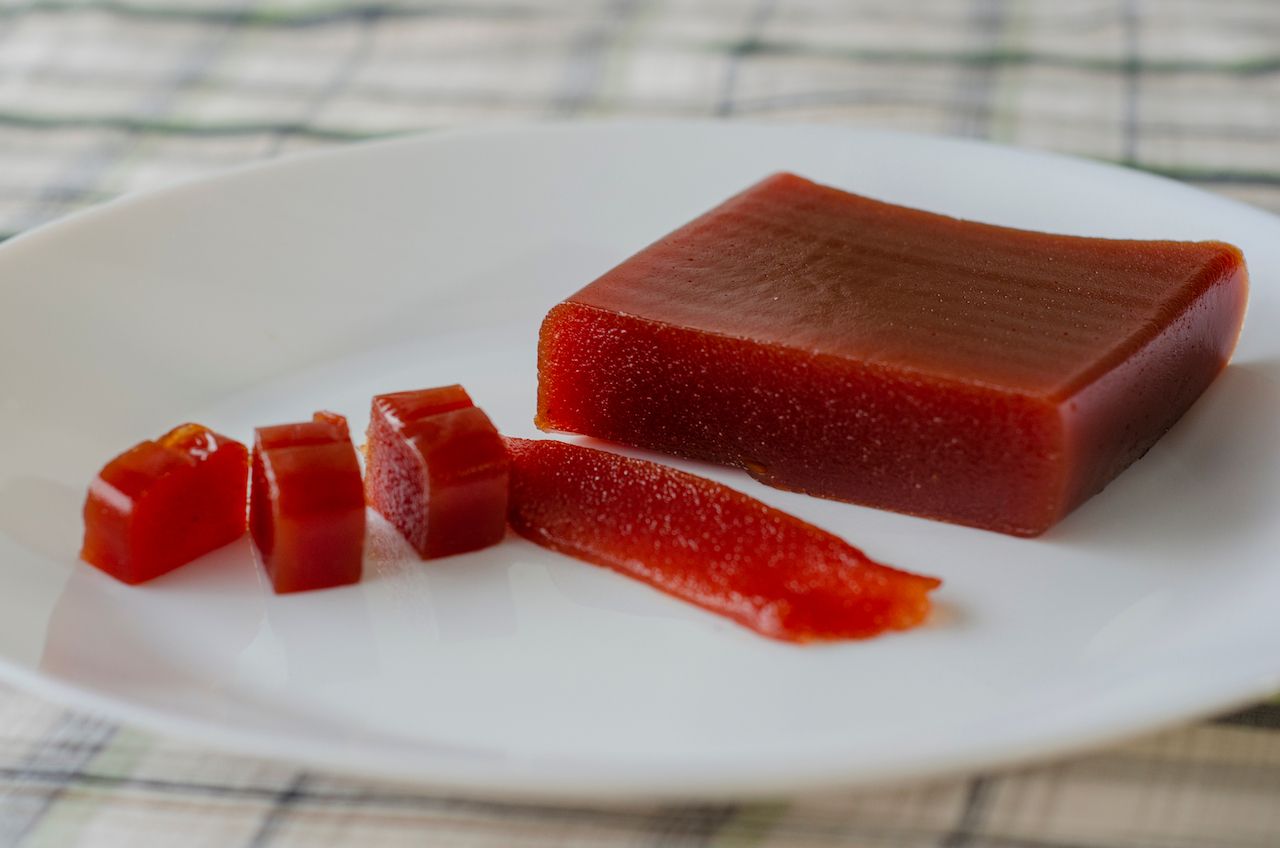 This guava-based candy may not look the prettiest, but it sure is one of the tastiest. It’s made with guava (skin and all) and sugar and formed into a semi-soft, bite-sized candy. It was invented in the state of Minas Gerais by Portuguese colonists as a substitute for traditional Portuguese marmalade, which is made with citrus. The choice of fruit was in part due to the vast amount of guava available in the region. A combination of goiabada with cheese is another popular Brazilian candy called Romeu & Julieta. 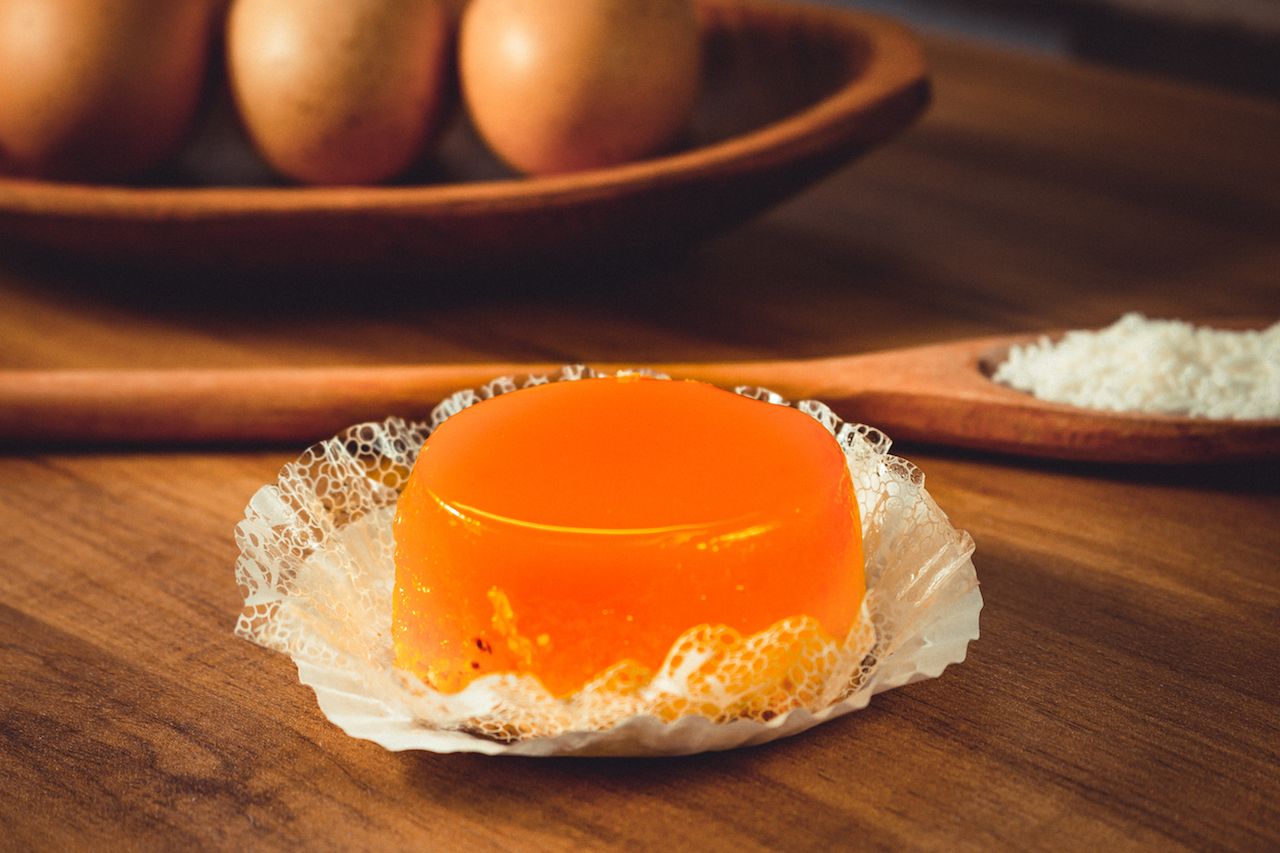 Quindim is made with egg yolks, sugar, and coconut, and it has an intense, artificial-looking yellow color that may throw you off for a second. It’s based off a dessert popular in Portugal, brisa do lis, which is like an almond flan. Plentiful coconut was substituted for hard-to-find almonds, creating a new dish entirely. Give it a try (the color comes from the amount of egg yolk) because once you taste it, you will surely love it. 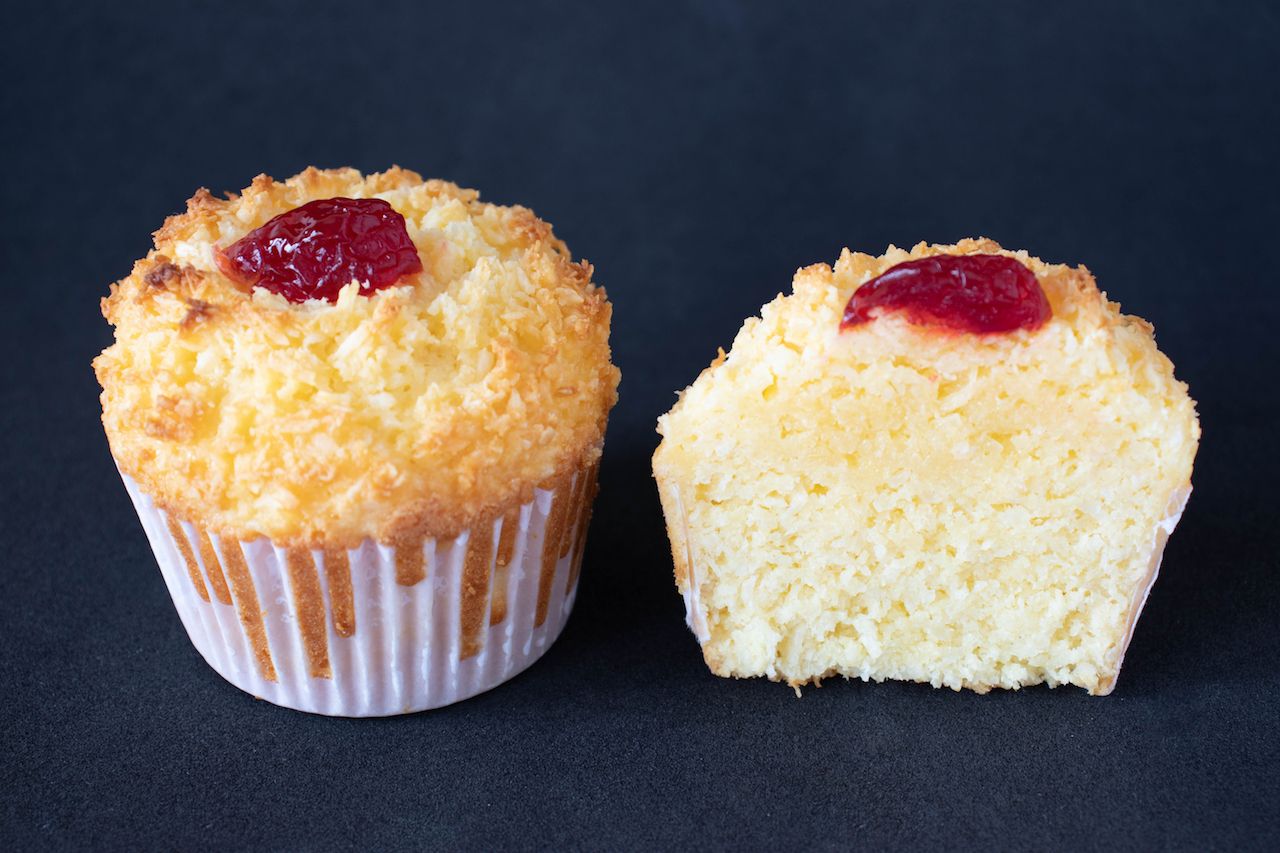 If you speak Portuguese, you might be fooled into thinking this has cheese (queijo) in it. This Brazilian take on the Portuguese dessert queijada is cheese free, though. Like many desserts in Brazil, queijadinha swaps coconut for other dessert ingredients. In this case, the cheese is subbed out for coconut, and the other ingredients are egg yolks and sweetened condensed milk. 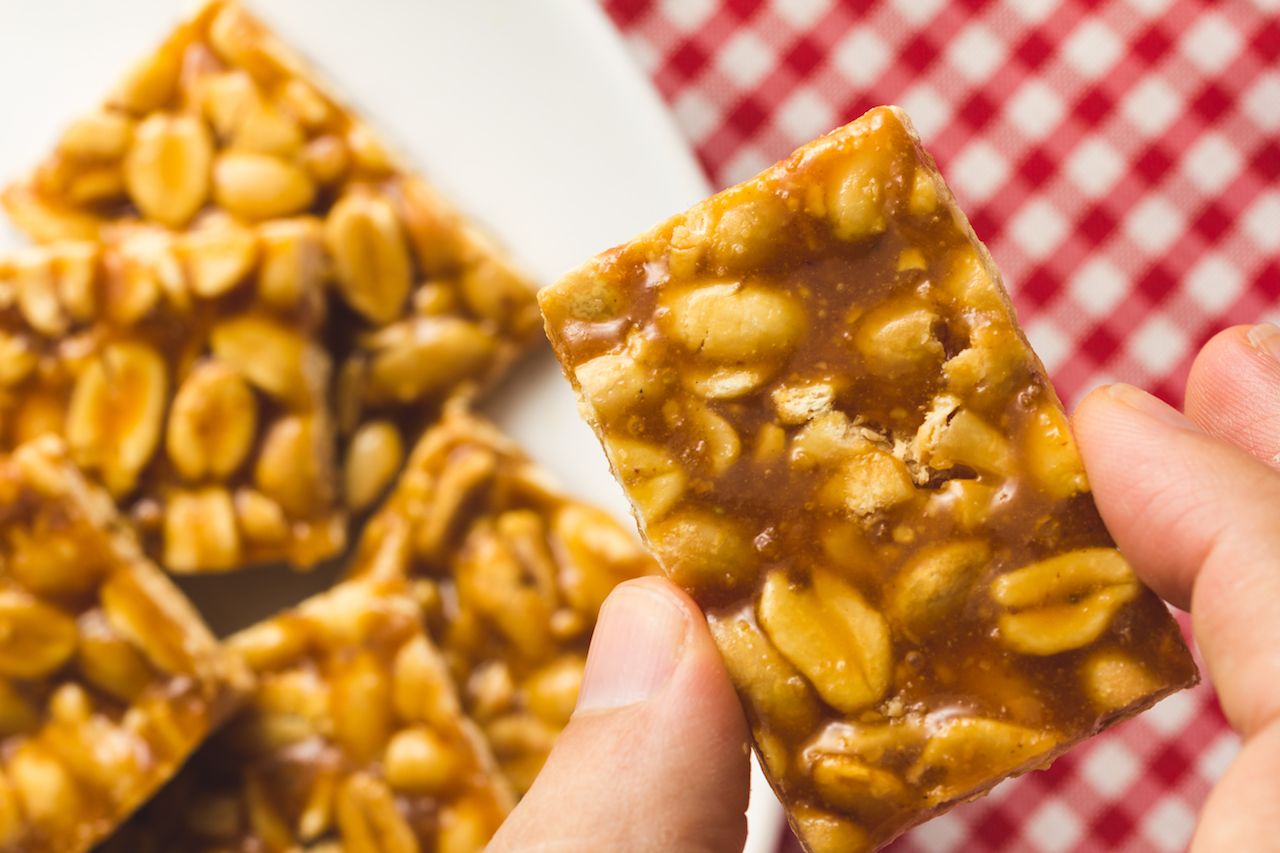 Pé-de-moleque is a type of Brazilian peanut brittle that translates to “brat’s foot.” It’s made with peanuts, milk, and sugar. In the past, it often included rapadura, or unrefined cane sugar, and was known as a tooth-breaker for how solid it was. It’s the candy of choice in June during the month-long celebration of Catholic saints called Festa Junina. 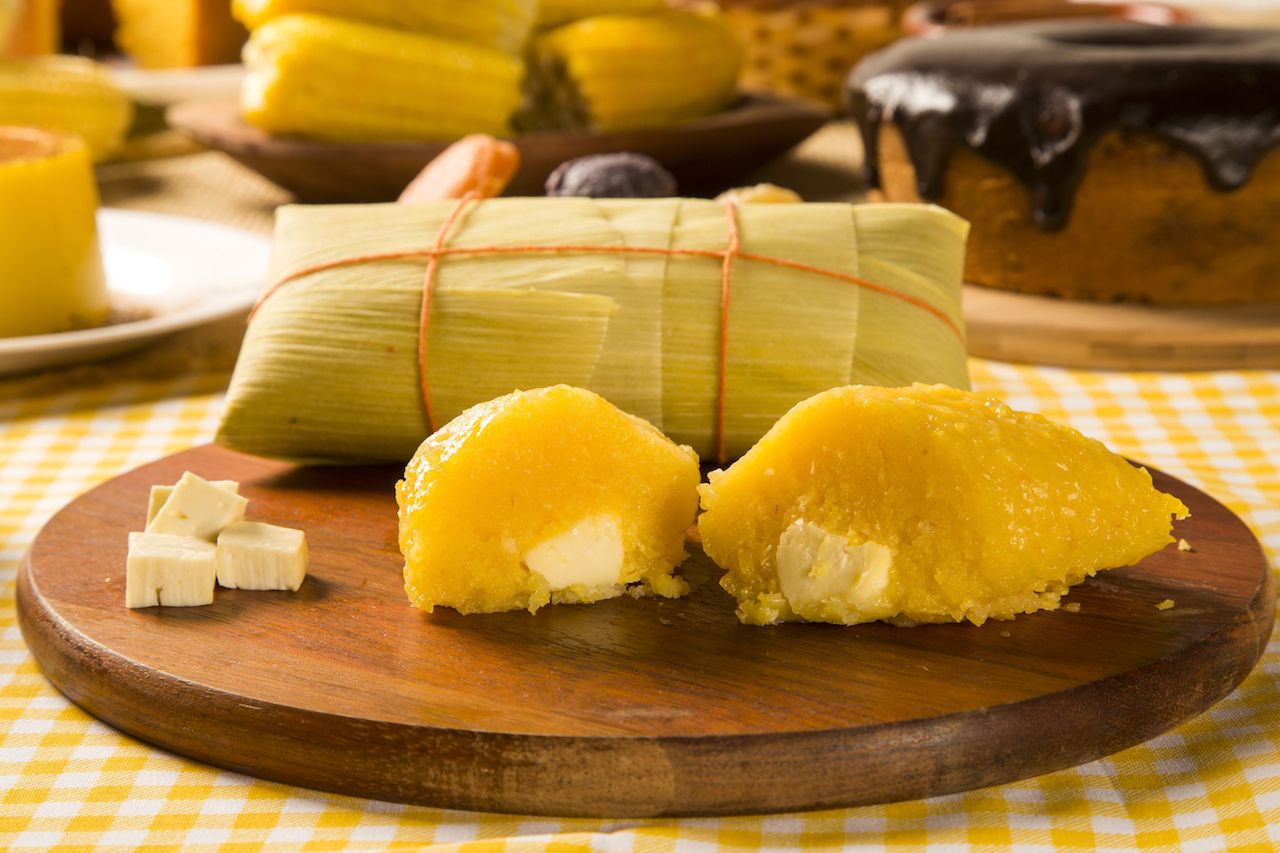 Pamonhas were created by the indigenous people of Brazil long before colonization, and it’s hardly changed since. Somewhat like a tamale, pamonhas are made with a sweet corn paste wrapped in corn husk. They can be either sweet or savory, the former filled with coconut milk and the latter with meat. 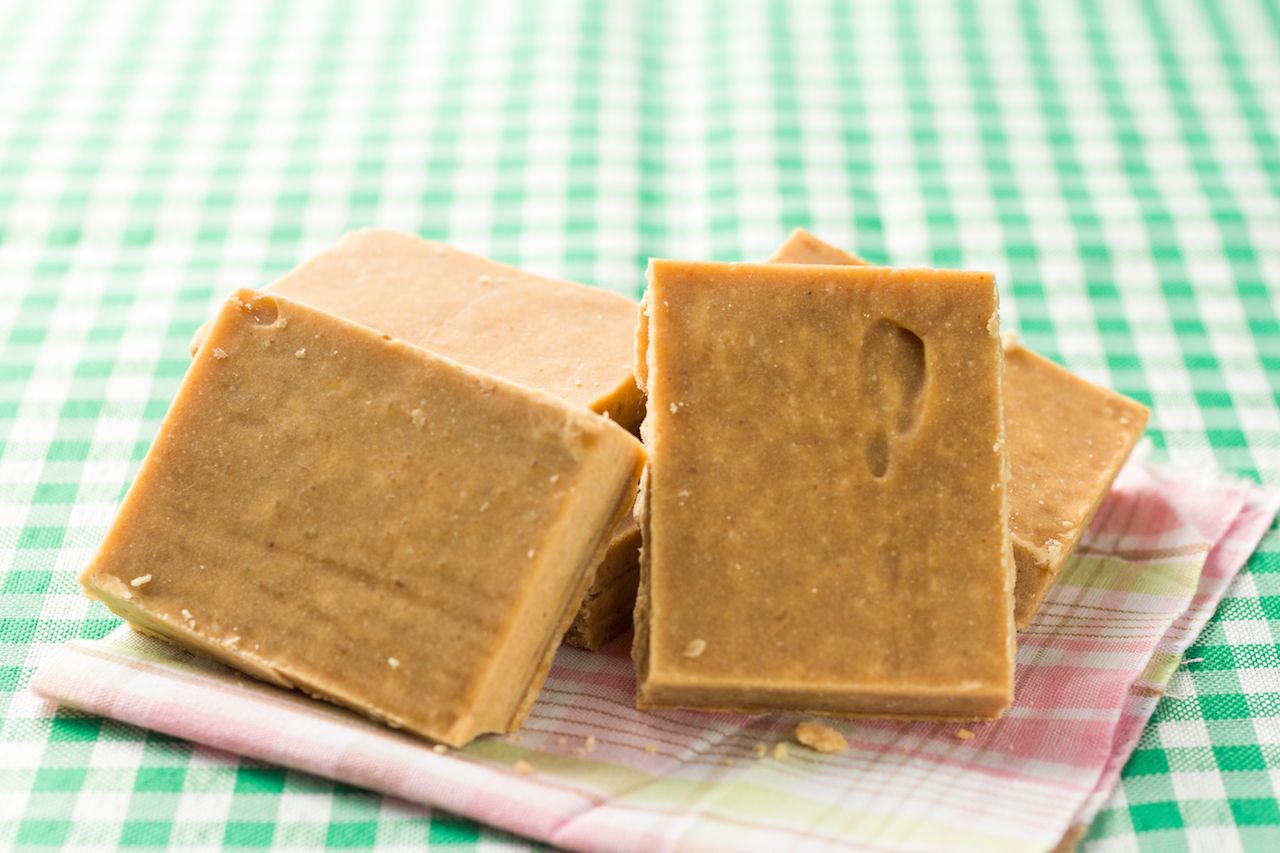 A staple of the Brazilian June festivities much like pé-de-moleque, this treat is made with peanuts, sugar, and cassava flour. Don’t fret if you’re not in the country in June as it can be found in any supermarket in Brazil at any given time. It’s one of the most typical Brazilian treats available year round and is enjoyed by many on a daily basis.

Dessert7 Confectionaries Every Person With a Sweet Tooth Should Visit
Tagged
Dessert Food + Drink Brazil
What did you think of this story?
Meh
Good
Awesome