Anyone who has the opportunity to travel to Chile must dedicate some time to appreciating the country’s vast array of sweets — before or after eating Chile’s best traditional dishes, your choice. Many of the traditional desserts include milk, lots of sugar, and manjar, otherwise known as dulce de leche. The desserts on this list are all traditional, local favorites that many Chilean people probably grew up eating.

The Spanish brought turron, a nougat confection topped with nuts typically eaten around Christmas, to Chile in the colonial era. Since then, Chileans adapted the traditional recipe to include red wine, typically a cabernet sauvignon. To make turron de vino, a syrup made with sugar and wine is gently spun into the egg whites as they are being beaten, creating a whipped tower of creamy purple meringue. The wine gives the fluffy meringue an almost tie-dye effect. Turron de vino is served in glasses and topped with walnuts. You’re more likely to find this recipe in a grandmother’s house than on a restaurant menu. 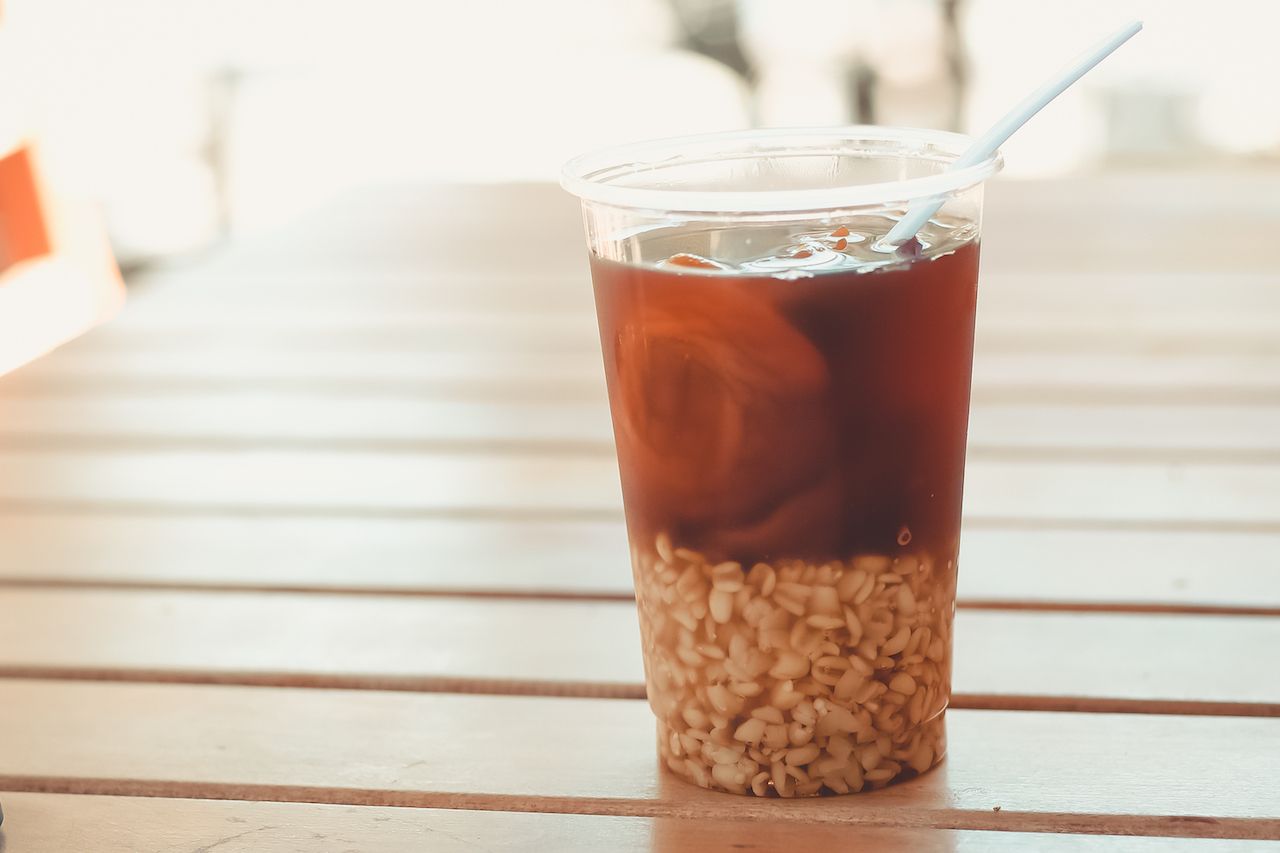 Technically a drink, mote con huesillos is a summertime favorite. It might not look very appealing but the taste is what’s important here. Dried huesillos (peaches) are cooked in sugar, water, and cinnamon and then mixed with mote, or fresh husked wheat. It’s eaten with a spoon, and at the end you’ll be able to enjoy the caramelized peach juice. Mote con huesillos are typically sold by street vendors, but can also be prepared at home. This drink is so distinctly Chilean that a common phrase in the country is “Más chileno que el mote con huesillo,” or “More Chilean than a mote con huesillo.” 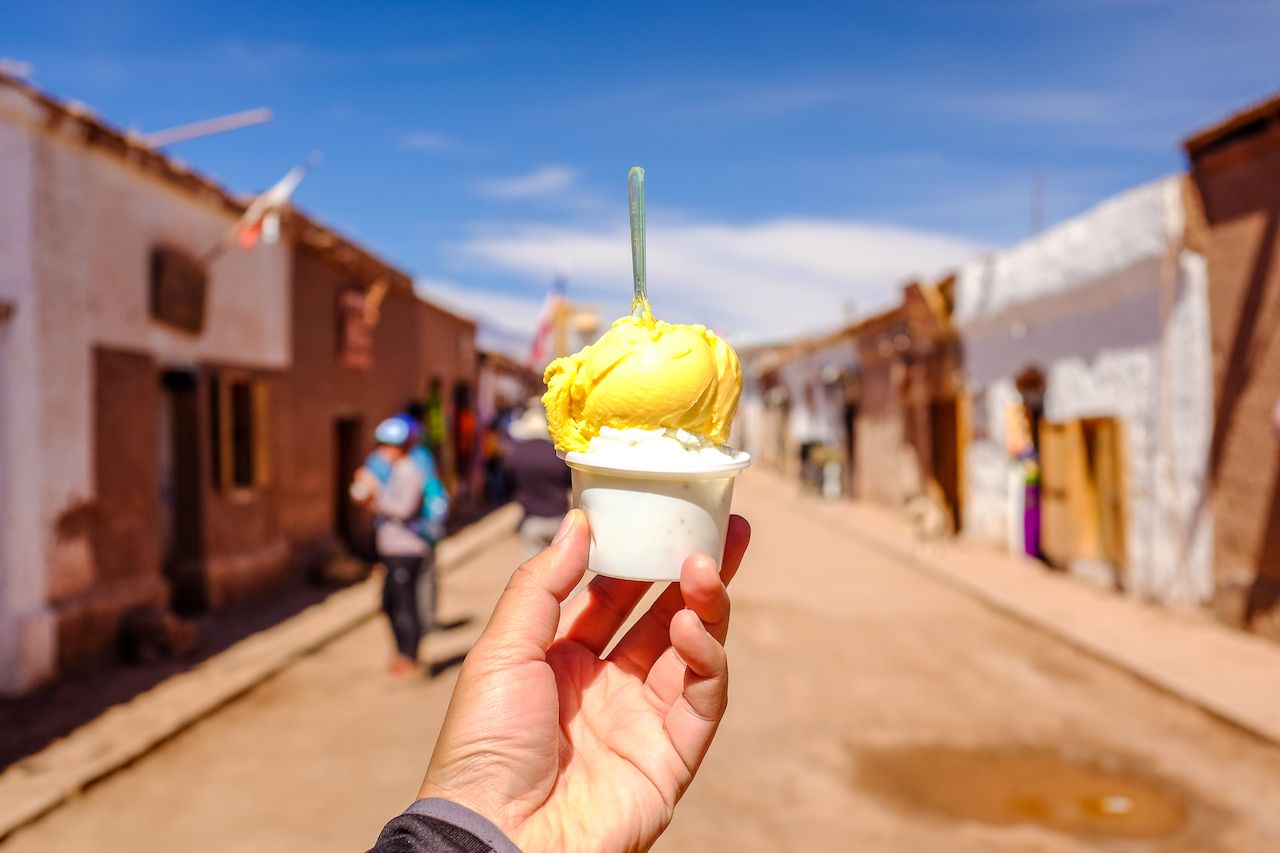 Chile offers ice cream flavors you won’t find anywhere else. The most interesting flavors are inspired by fruits only found in South America, such as lucuma (colloquially known as the eggfruit) and chirimoya. If you visit northern regions of Chile such as San Pedro de Atacama you must try algarroba (or carob, which tastes similar to chocolate), and other varieties flavored with plants like chañar and rica rica, the aromatic leaves of which are also sometimes used to make a Pisco Sour. In the southern regions, you can sample maqui ice cream, which is made with a berry that’s found only in Patagonia. 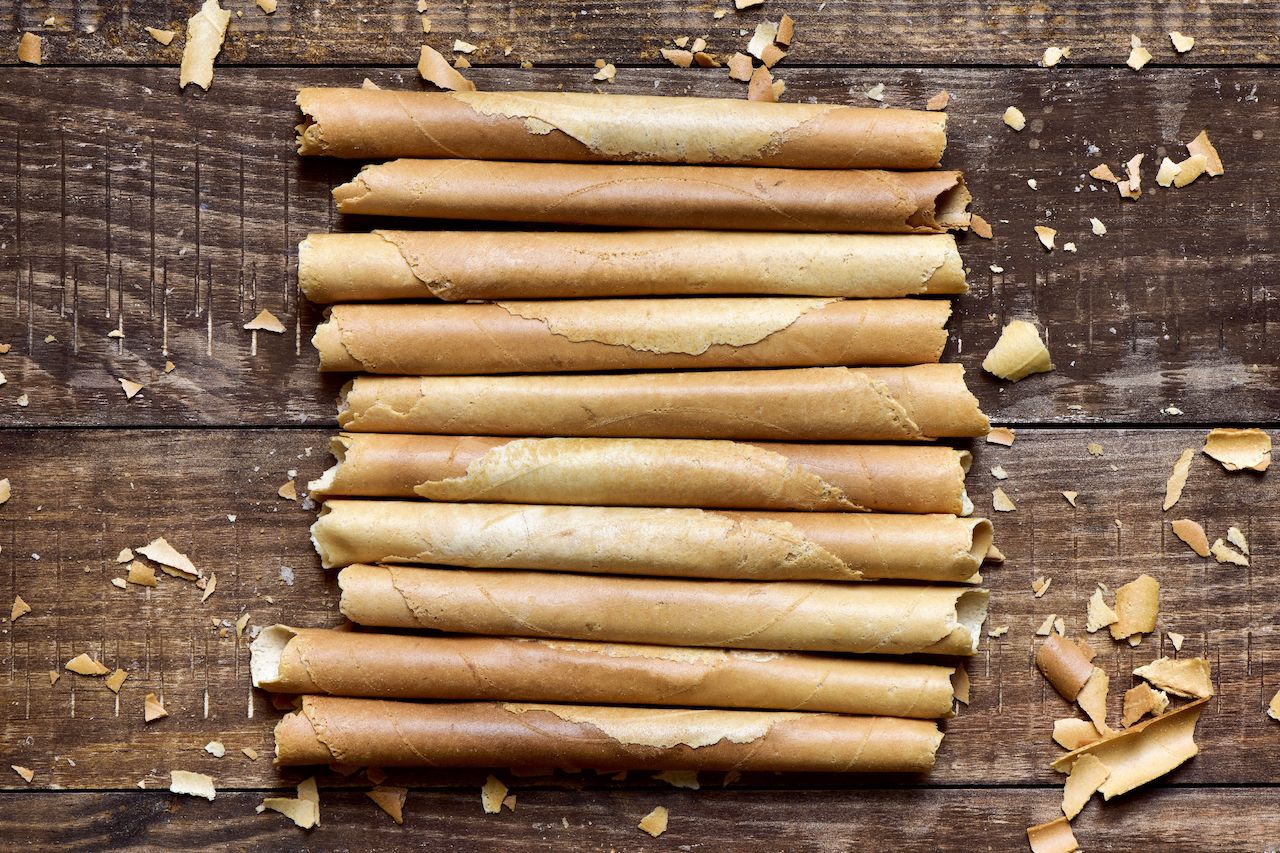 While strolling along the beaches in the central region of Chile, enjoy a cuchuflí. This crunchy pastry, similar to the texture of a waffle cone without the ice cream filling, is rolled into a long tube, filled with manjar, and sometimes covered in chocolate. Cuchuflí is a popular street food sold by vendors pushing carts and stationed at stalls along the sidewalk, but can also be found in neighborhood bakeries and supermarkets. It’s a popular dessert in Argentina, too. While you can technically eat it at any time of day, these snack-able, cookie-like treats make a perfect accompaniment to after-dinner coffee. 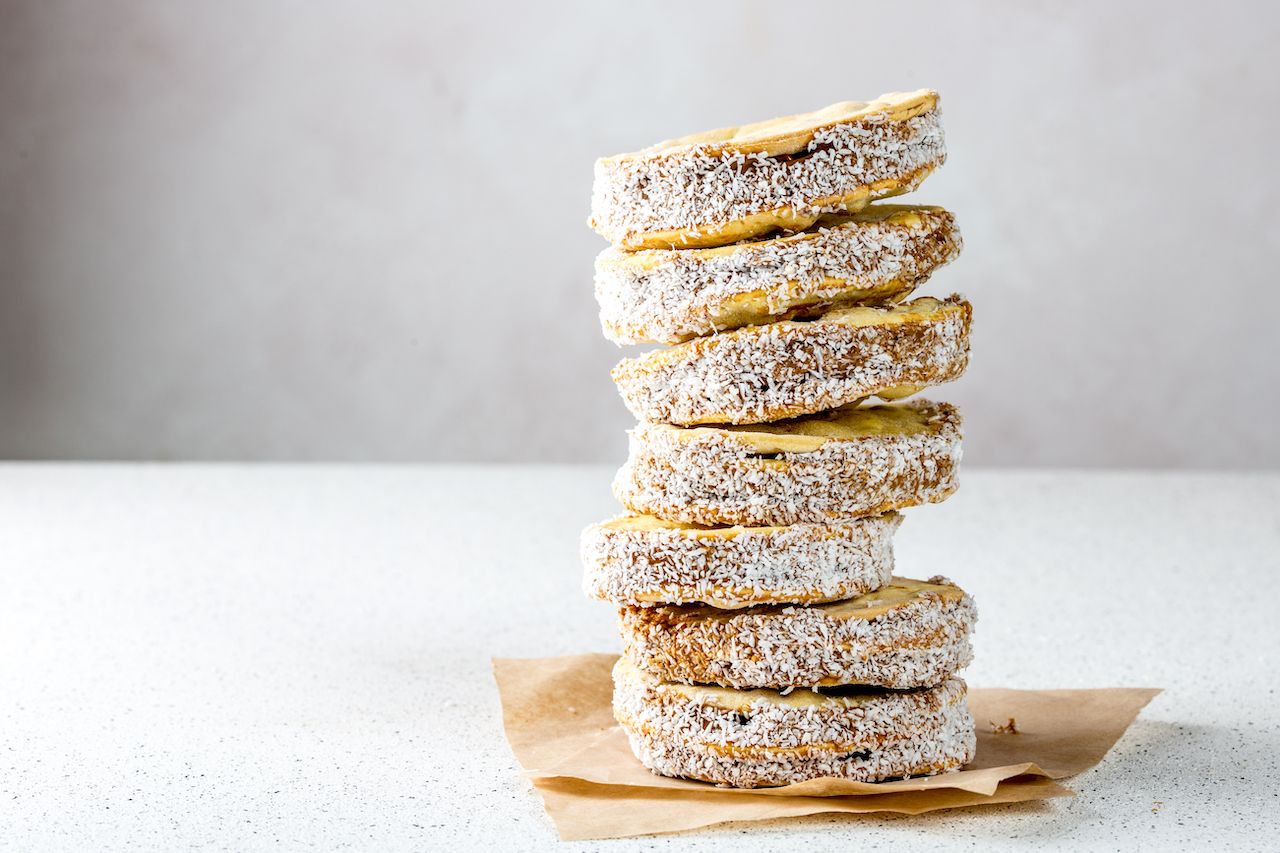 This buttery round sandwich cookie (also known as chilenitos in Chile) is found throughout South America, as well as in the Philippines and Spain, where the cookie originates. The name of the cookie comes from the Arabic phrase al-hasú, meaning filled. Alfajores are typically filled with dulce de leche, and are often covered in powdered or glazed sugar, chocolate, or grated coconut. Jam is also occasionally used as a filling. Alfajores are found packaged in Chile, as well as in bakeries, and of course made at home. They’re such a popular snack that one chocolate-covered version of it has been dubbed the “Chilean Oreo.” 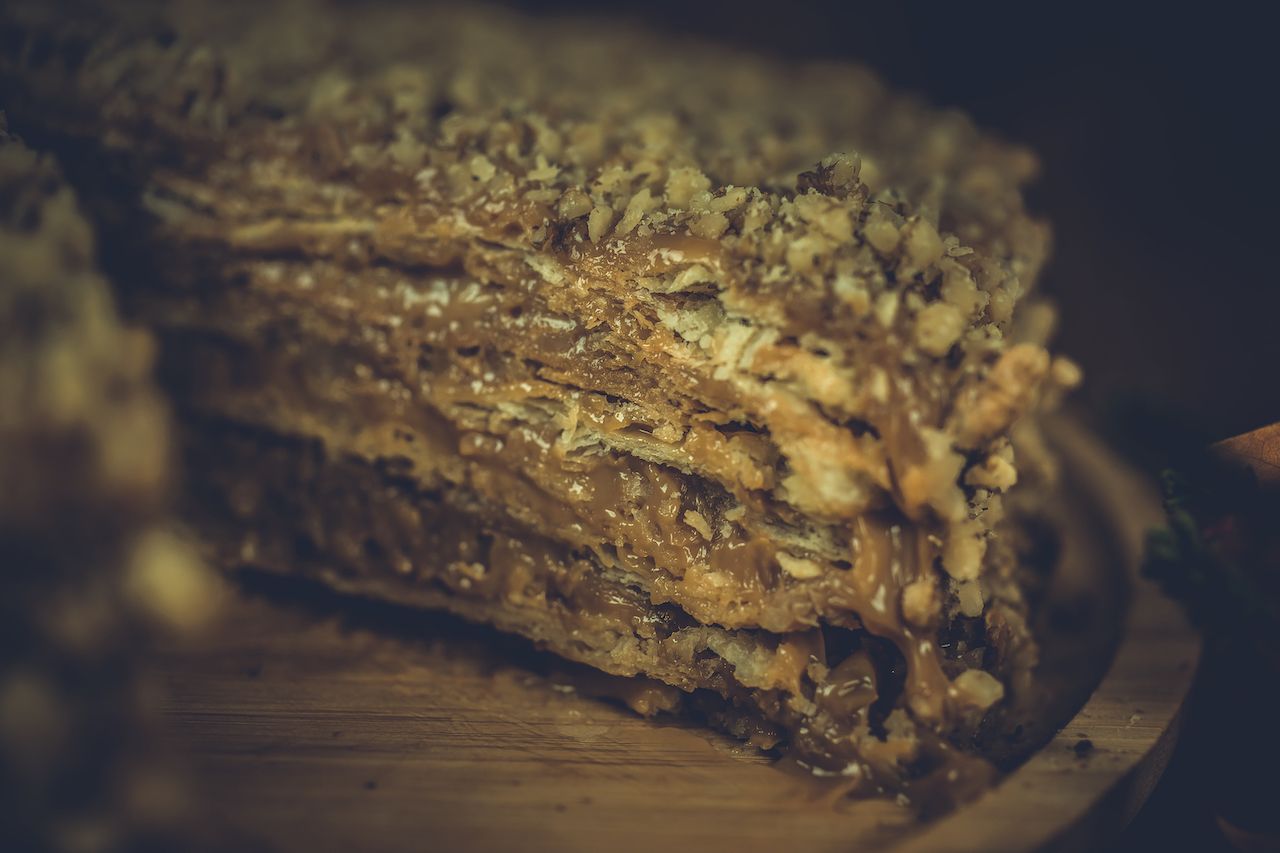 This cake of “1,000 leaves” is so named because its made by stacking layers of thin and crispy puff pastry filled with manjar and walnuts, similar to French mille feuille. It’s sometimes served in square, rather triangular, slices. The addition of a layer of acidic jam (like cherry or raspberry) can help cut some of the sweetness of so much dulce de leche, plus it adds a beautiful pink color to the final product. This cake is a staple at birthday parties, baby showers, and baptisms. If there’s a big party happening in a Chilean family, there will probably be torta de mil hojas on hand. It’s so popular in Chile that recipes for torta de mil hojas are typically passed down through generations. 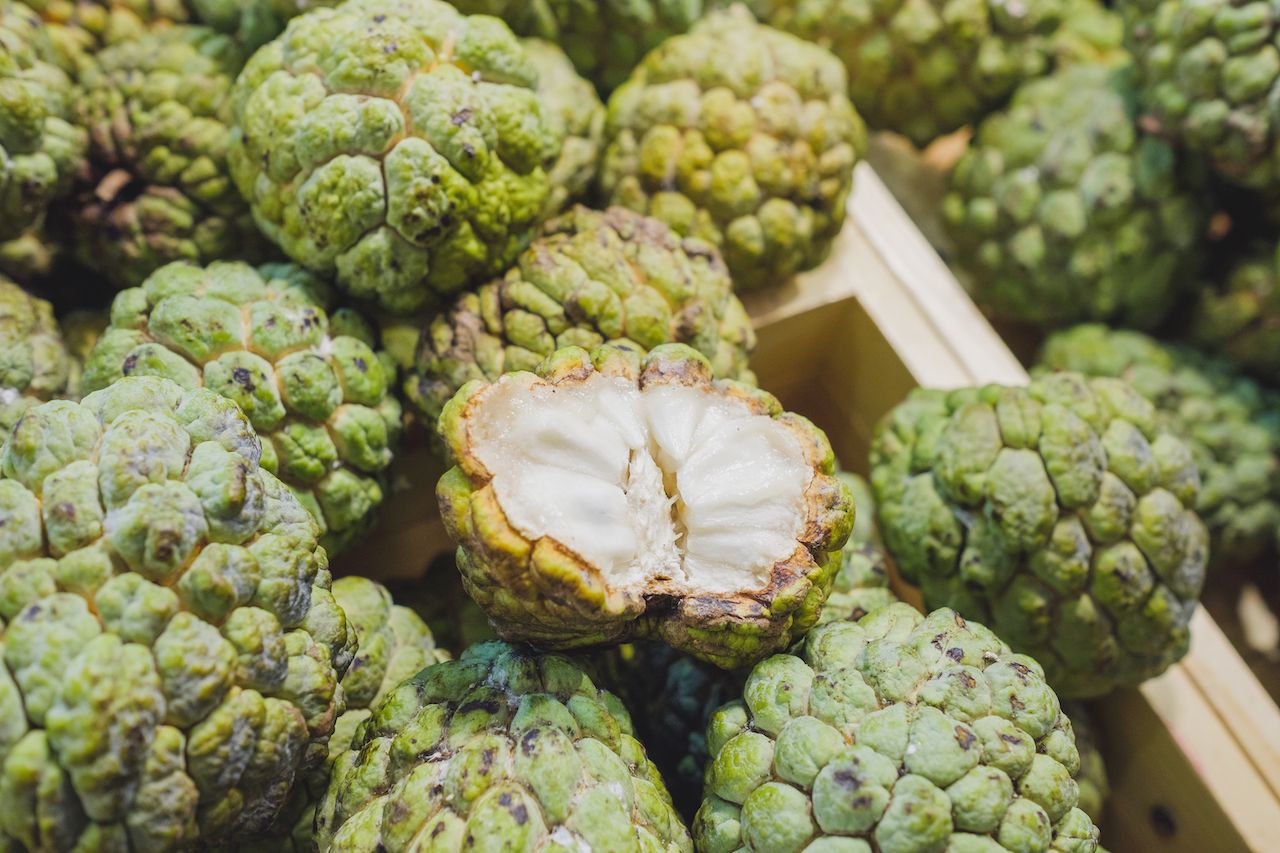 The name of this dessert literally means “happy chirimoya.” Chirimoya is a sweet and creamy fruit with an almost velvety texture that’s found in Chile, Peru, and Ecuador, and it’s perfectly suited to this simple, refreshing dessert. To make it, pieces of chirimoya fruit are combined in a glass with orange juice or whole slices of orange. You can add mint, powdered sugar, or cinnamon as a garnish, or pour condensed milk on top if you have a serious sweet tooth. Given the short ingredient list, this dessert is particularly easy to prepare at home. You can even add a shot of Cointreau to transform it into a cocktail. 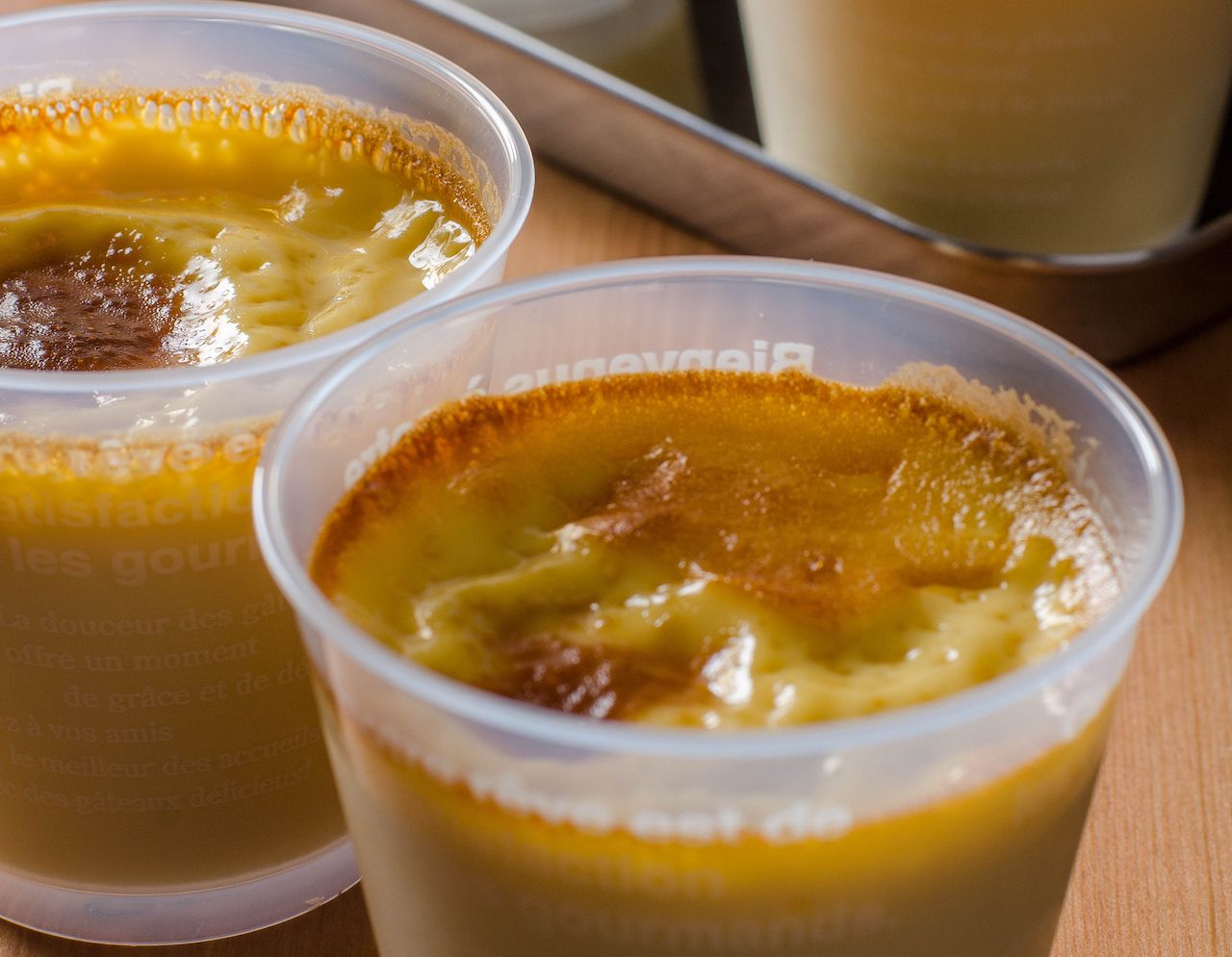 Meaning “roasted milk,” this baked dessert is very similar to flan. The ingredients — milk, eggs, vanilla, and sugar — are essentially the same. However, the consistency is slightly different. Leche asada is baked directly in the oven instead of in a water bath, adding a toasted layer of custard on top (as opposed to the completely smooth surface on flan). You’ll usually find this dessert in Chilean homes or supermarkets rather than in restaurants. Leche asada is most popular in Chile, Peru, and Colombia, where it’s also known as tres leches because heavy cream is sometimes added to give the custard a richer, creamier texture. 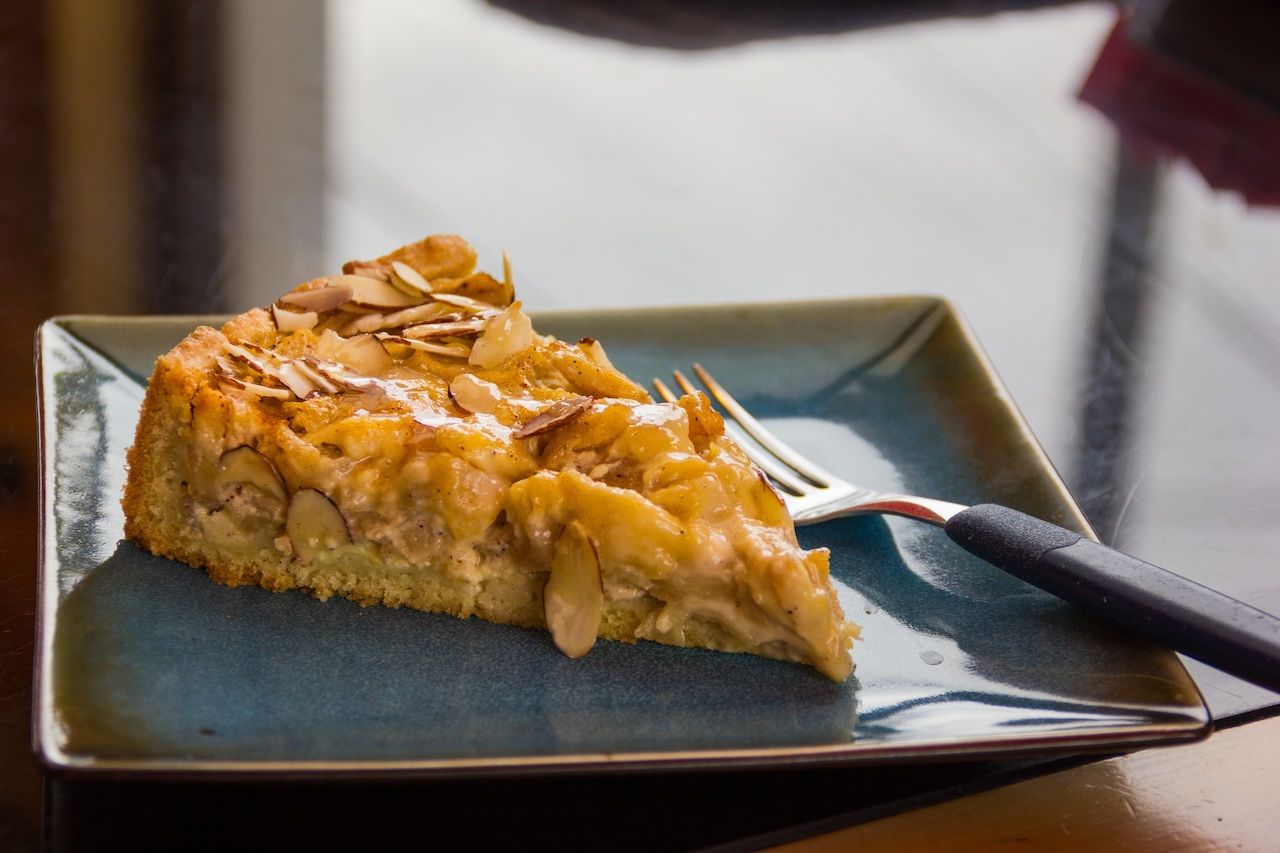 When Germans settled in Chile in the mid-19th century (with another resurgence following World War II), they brought with them many culinary traditions. Among the most popular today is kuchen, simply the German word for cake. Kuchen appears all over the country, and in Brazil, where it’s known as cuca. While this dessert may sound generic, Chileans have taken it to another level. This airy, fluffy cake is typically filled with fruit fillings and other toppings. Traditional variations include blueberry, apple, and raspberry. Another German-inspired dessert, pan de Pascua, similar to a Christmas fruit cake, is also popular in Chile. 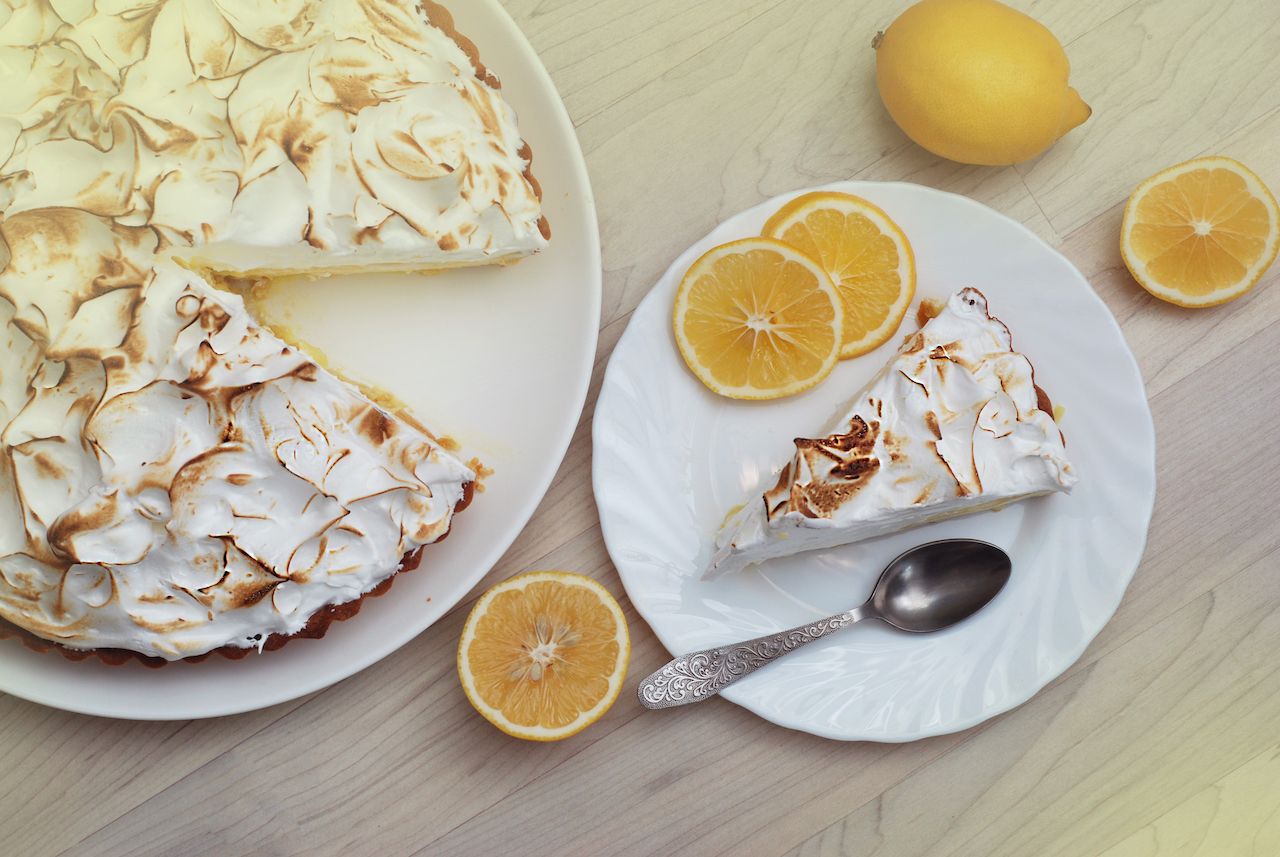 Otherwise known as a lemon meringue pie, this dessert might not be originally from Chile, but remains a favorite of the region, where citrus fruits (like lemons and oranges) are especially popular. This tart citrus pie is made with a lemon-flavored custard and topped with mounds of fluffy meringue. In Chile, pie de limón is sometimes made with lemons, cream cheese, condensed milk, and a graham cracker crust. Lemon pie originates in France, but like many other desserts on this list that originated in Europe, it has found popularity all over South America.

This classic dessert is especially popular in the southern region of Chile. Its nickname, Chilean Floating Islands, refers to its whipped, frothy appearance — a dollop of meringue, dusted with cinnamon, floats on top of an egg-based custard. Sometimes extra ingredients, like fruit jams or coffee, are added to the meringue to give it a little extra flavor. This dessert has a French origin; in the original version, a ball of meringue floats atop a pool of creme anglaise, usually on a plate rather than in a bowl. Leche nevada is served cold in a small glass and is eaten with a spoon. The simple custard and meringue takes just 10 minutes to prepare in your own kitchen.