Nothing worth doing ever comes easily, which becomes painfully apparent the first time you fly to Hawaii. It’s fourteen hours from the East Coast with layovers, nearly six from the West. And a serious pain from anywhere else in North America. It’s harder for many Americans to get to Hawaii than Europe — and, with its swaying palms, steaming volcanoes, and prohibitively expensive hotels, it may as well be a made-up vacation world that we never get to see.

But if that chance comes to actually make your Hawaiian dreams a reality, you want to see it all. The big city in Honolulu with all its restaurants, cocktail bars, and world-famous beaches; the peaceful, mountainous agriculture of Maui; the moonscapes and steaming volcanoes of the Big Island; the waterfalls and jungles of Kauai. Because when a trip is that long, expensive, and taxing, you’ve gotta treat every day like it’s your last.

Doing this, of course, is a lot harder than suggesting it. Going from island to island is expensive, with fights ranging from $75 to $200. Hotels aren’t cheap. Even if you can afford them, island-hopping means living out of a suitcase or constantly packing and unpacking every couple of nights. Your choices, for lack of anything else, are spending your entire Hawaiian vacation in stressful and expensive transit or picking one island and missing out on the rest.

Or, you can take a cruise.

Cruise-averse people, hear me out. I know for many of you cruising conjures up images of being trapped on a boat full of families in matching T-shirts and not-so-active seniors. And that’s not always inaccurate. But for about the price of a week at mid-range Hawaiian accommodations, you can have your hotel take you from island to island — spending the night in each one and waking up most mornings to a beautiful new Hawaiian paradise.

Your food is included, your views are ever-changing, and it’s the only way to see over half the islands in a week without spending half your time — and money — on planes. And, even if your ship does end up being full of people you’ve spent your life trying to avoid, it doesn’t matter — because you’re rarely stuck on the boat very long. That’s because this cruise is unlike any other in the world.

The most unique cruising experience in America. 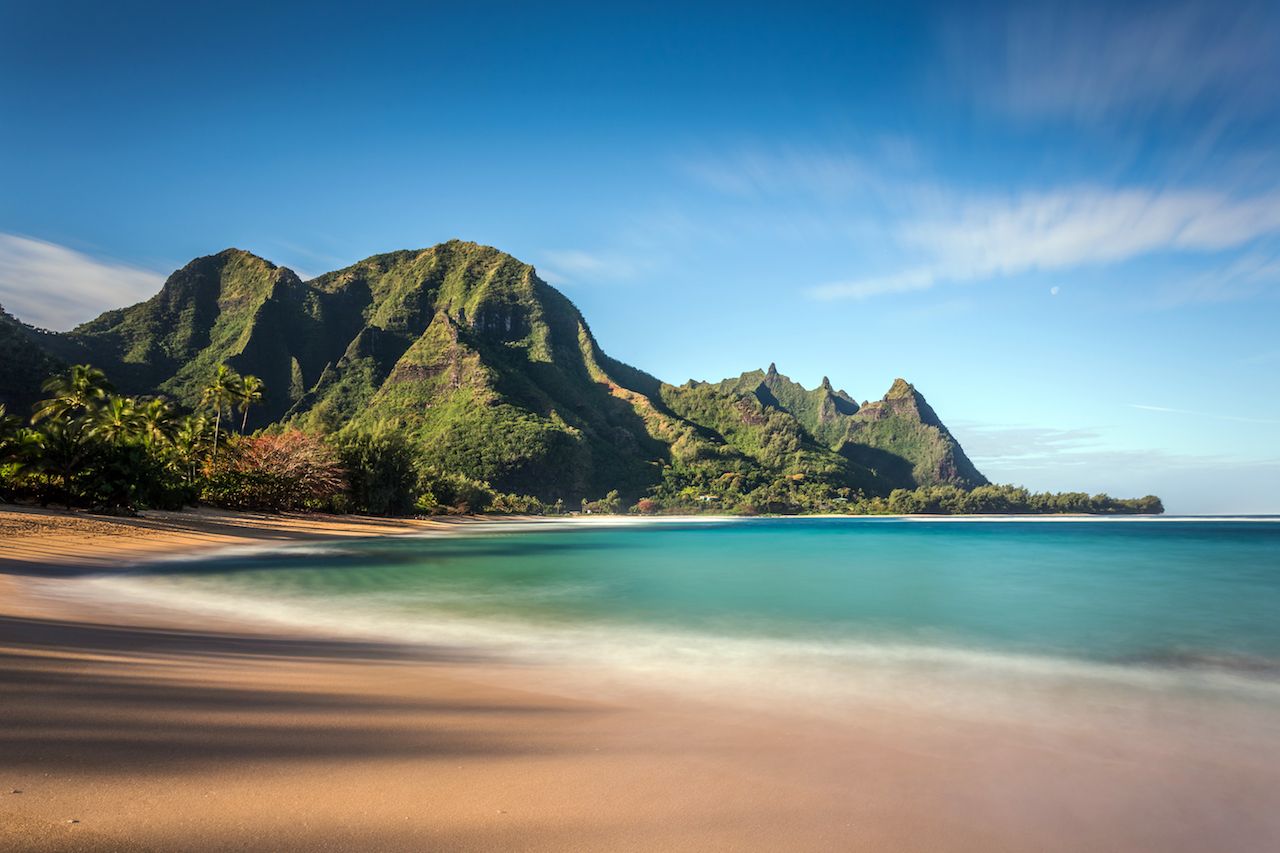 Plenty of cruises hit Hawaii, but for reasons I’ll explain later, they nearly all involve lengthy itineraries with long days at sea and stops in other places. Holland America runs an 18-day jaunt that includes a stop in Tahiti. Carnival offers a 10-day trip during which you start in Honolulu and end in Vancouver. But only one ship does a full week in Hawaii with no lengthy sails across the Pacific, and that’s Norwegian Cruise Lines’ Pride of America.

Pride is different than any cruise you’ve ever been on for a lot of reasons, the largest being that it’s the odd boat that’s more about the destination than the ship itself. Not to say that it’s not a modern, clean, well-appointed vessel with great restaurants and plenty of entertainment. But its itinerary is designed to have you spend as much time as possible off the ship, so you can really see Hawaii during your week there.

The seven-day trip stops in four ports with two overnights, enough time for you to do whatever you want without having to rush back to the ship by 5:00 PM. Whereas on some cruises you might have only enough time in port to pick up a hat at the straw market and knock back a few drinks at the closest Señor Frog’s, Pride’s itinerary boasts overnights in Maui and Kauai, as well as two full days on the Big Island in both Kona and Hilo. And it’s the only large-scale cruise ship that’s able to do it all in a week.

Pride can because it’s the only US-flagged ship in NCL’s fleet. While this certainly inspires tear-jerking patriotic pride, it also means that the ship doesn’t need to spend days on end at sea to port in another country. See, cruise ships are allowed to register in any country they like provided they make at least one stop outside the United States. This is why Alaska cruises always stop in Vancouver or Victoria and some Hawaiian cruises sail to Mexico. They do this for a number of reasons, many of which involve complicated US labor laws.

Because is flagged in America, it can run a full week without having to find a foreign land mass, the nearest one being thousands of miles away. The result is a nice, efficient way to see Hawaii that doesn’t eat up two weeks of vacation.

The cruises start around $1,000 per person and go up from there. If you wanted to see even three Hawaiian islands, you’d spend at least $500 just on jumper flights. Add a week’s worth of hotel rooms, and that’s another $1,000 or so, assuming it’s not high season. For two people, you’re out $2,000 before you’ve even looked at a Mai Tai.

That’s not even considering food, which, unless you’re planning to live off spam musubi for a week, can add up fast. The food aboard Pride is surprisingly good, with 19 restaurants onboard, including a steakhouse at Cagney’s with better cuts and service than you’ll find at a lot of land-based spots. So dining on the ship can leave you more money for experiences on the islands. And even if you blow your whole budget on said Mai Tais, you know you’ll never starve.

A perfect week in Hawaii. 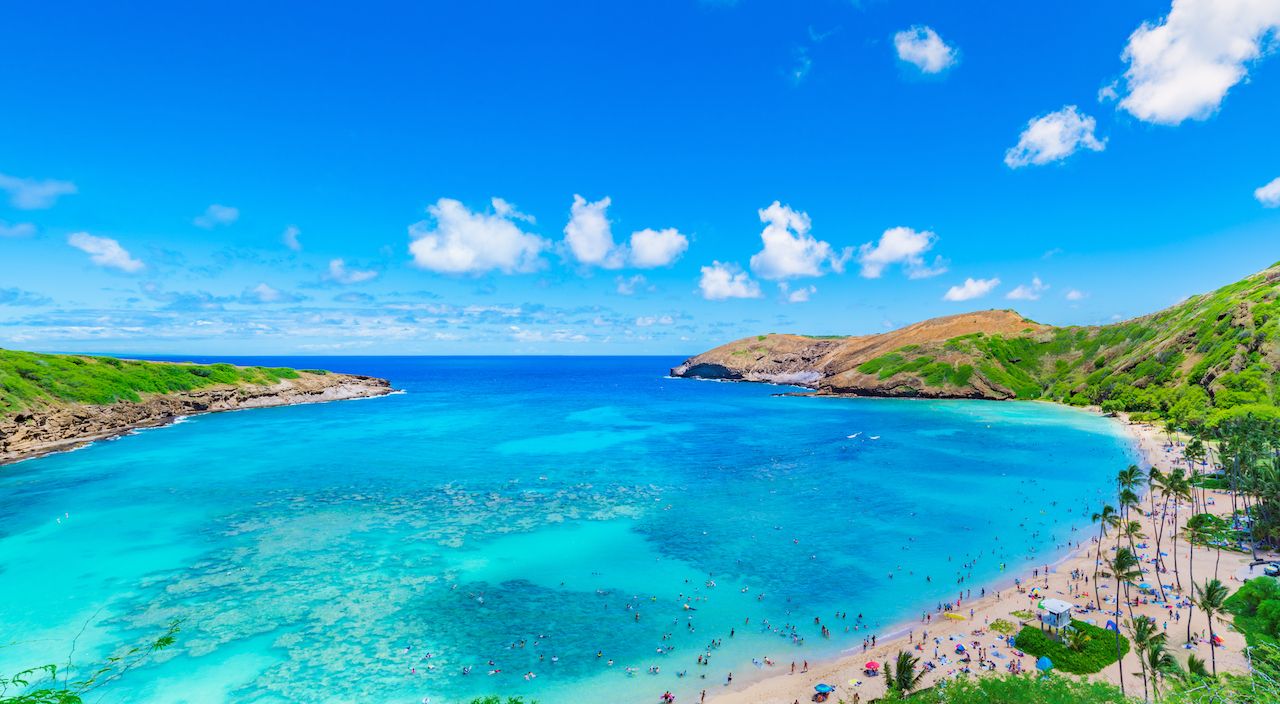 The itinerary starts out in Honolulu with a late departure to give you time to check out the city. The first morning finds you pulling into Kahului, Maui, about a 40-minute drive from the beaches and resorts of Lahaina. You get two days on this island of rolling green hills and expansive farmland, and you can actually rent a car right at the cruise port to explore on your own.

The best exploration will be on the Road to Hana, possibly the most scenic drive in America along the Maui coast. Roadside waterfall hikes dot the landscape as the Pacific Ocean peeks into view around turns through jagged tropical mountains. With two days in port, you can do this drive in one day, leaving the second to do stuff like tour lavender farms, feed baby goats at the famous Surfing Goat dairy farm, and stroll through the historic art village of Paia. With an overnight, you can even splurge on spending the night at a beach resort in Lahaina if you so choose. 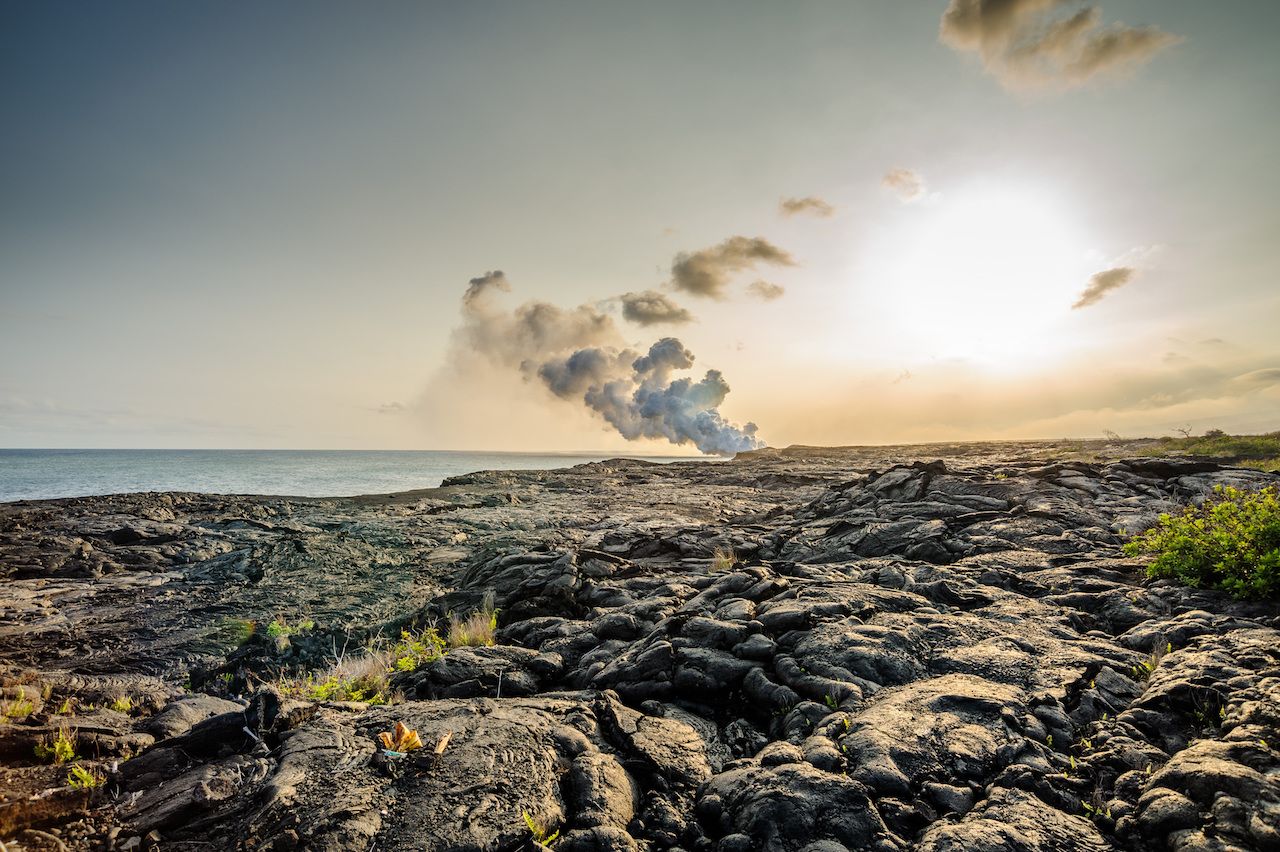 From there it’s off to the Big Island and Hilo, the second largest city in the state. Hilo is also the nearest city to the Kilauea volcano that erupted earlier this year, as well as Mauna Kea, the tallest mountain in the world from its base on the seafloor to the top. Though the island has recovered from the eruption, you can still see steam billowing out from the mountains as you drive to Volcanoes National Park. For a bird’s-eye view, you can take a helicopter tour over it all.

The Big Island of Hawaii is, well, big, which is why Pride makes a stop on the island’s west side in Kona the next day. Here you can cruise along the deep black lava fields or dive with sea turtles. With a full day in both cities, you won’t need to do the entire 12-hour drive around the Big Island to really experience both sides — which is another advantage of having your hotel double as your chauffeur. 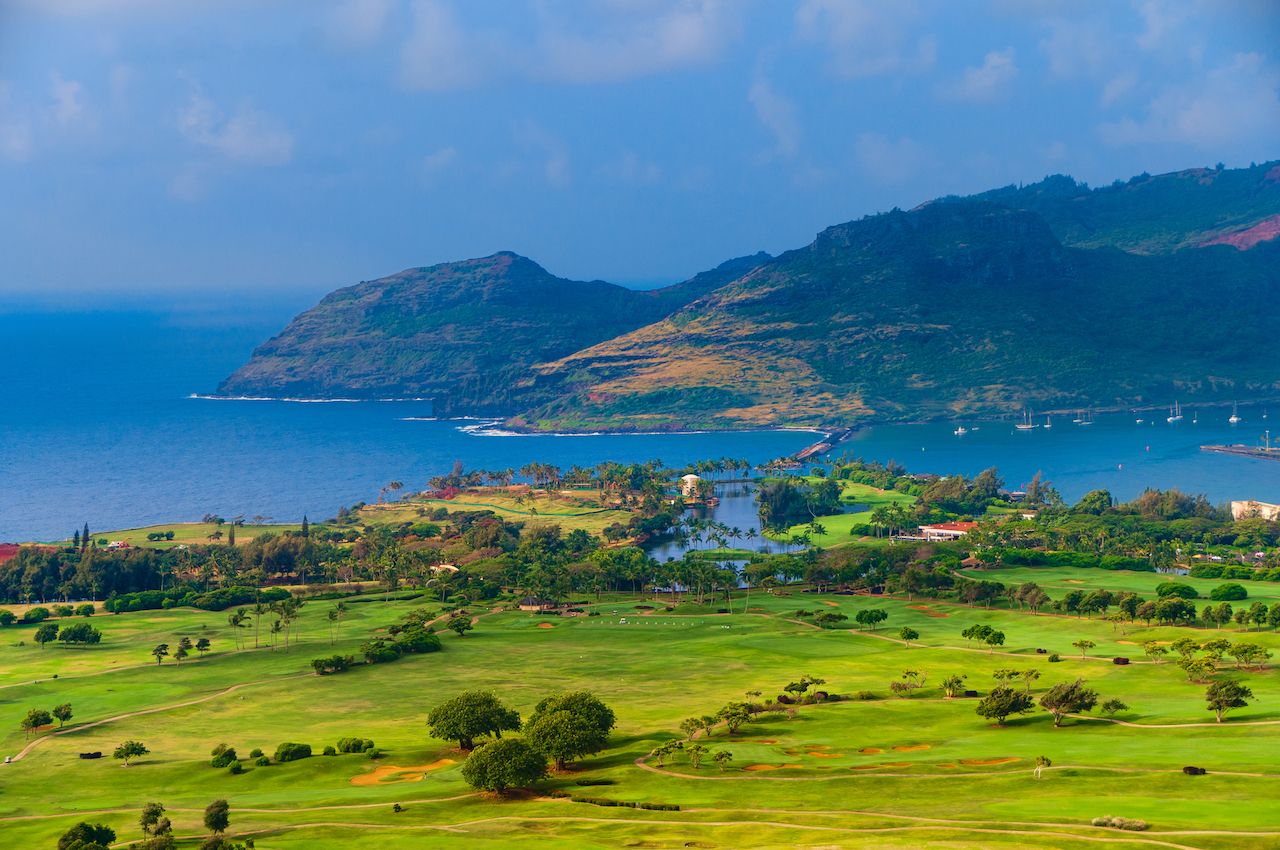 The final stop is in Nawiliwili, Kauai. This is the least-developed of the islands you’ll stop on, with a full two days to get out into nature. Float down the Wailua River or head to the island’s south shore and explore the Makauwahi Cave Reserve. Check out Waimea Canyon or use the canyon as a starting point for the Kalepa Ridge Trail to see parts of the famed Na Pali cliffs. Kauai is full of remote trails to tropical waterfalls, most of which won’t be teeming with tourists.

After 32 hours in Kauai, you’ll sail overnight to Honolulu where you can finally check out the ship or just hide in your room and dread the long flight home. For less than the price of a week’s hotel in most of Hawaii, you’ll have experienced over half the islands with a solid amount of time in each one. Even if you don’t love cruising, this is the absolute best way to see America’s 50th state. And it’s an experience well worth the long day of flying.

OutdoorHow To Choose the Right Hawaiian Island for Your Outdoor Passion
Tagged
Beaches and Islands Cruises Insider Guides Hawaii, United States
What did you think of this story?
Meh
Good
Awesome

What It’s Like To Sail on the First Adult-Only Cruise Line in the US
Why You Should Go on a River Cruise, Even if You’re Not a Cruise Person
This Cruise Is the Most Deluxe Way To Travel the Mediterranean