Hiroshima, Japan, is a vibrant and cosmopolitan city, with a wealth of sights and attractions to keep visitors busy. It’s a place that refuses to be defined by the tragedy in its past, and has rebuilt itself as a dynamic modern metropolis. If you do find yourself with a desire to get out of the cityscape, however, Hiroshima also has several gorgeous hiking spots in easy reach. Here are four day hikes to get you started. 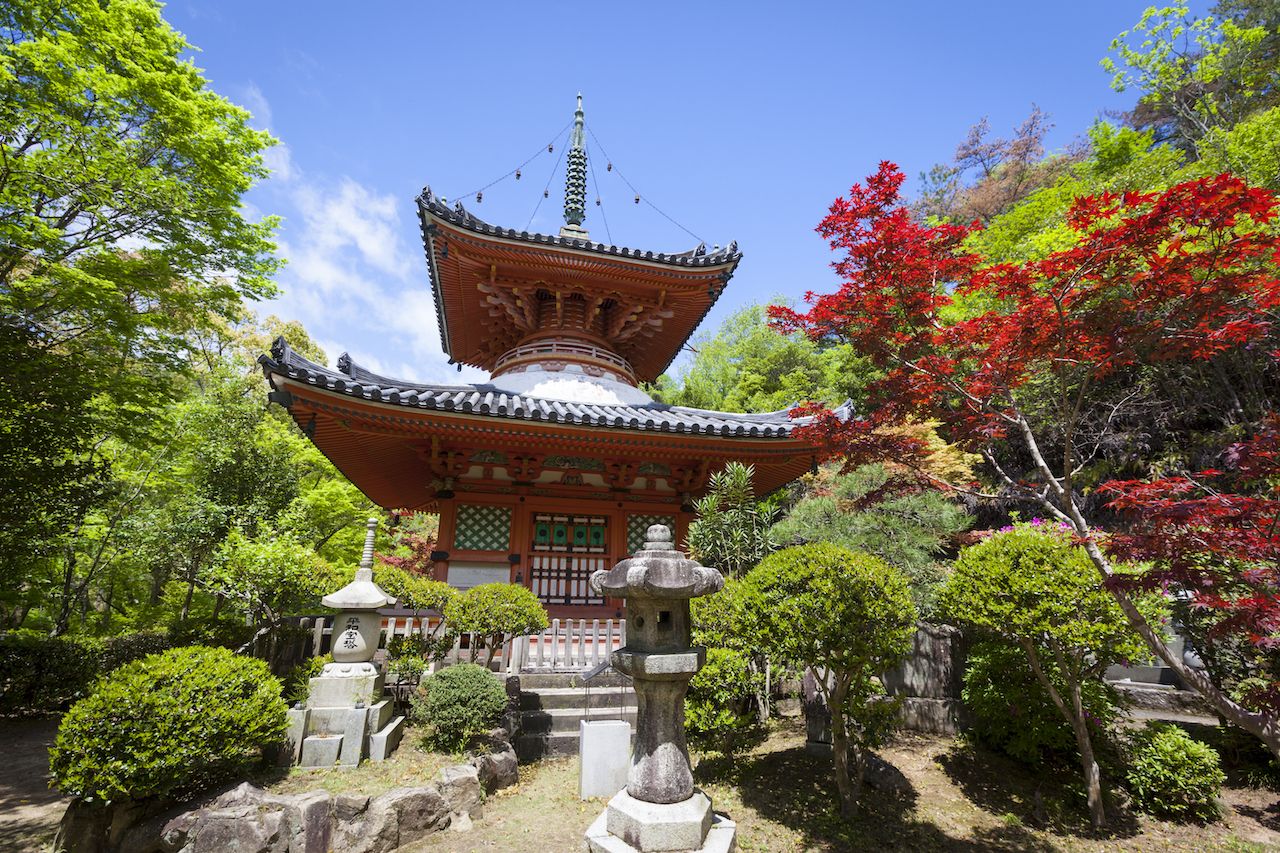 Mount Mitaki stands to the north of Hiroshima city, its forested slopes concealing the stunningly atmospheric Mitaki temple. As well as being home to three waterfalls, numerous moss-covered statues, and a tea house, the temple grounds are also the starting point of two hiking trails up to Mitaki’s 1,200-foot summit.

Although steep in places, these trails don’t pose too much of a challenge and are suitable for all ages and abilities. Once you reach the summit, there’s a spacious area with benches to sit on, so you can enjoy a picnic while admiring the view of Hiroshima. Both routes end here, enabling you to make a loop of them rather than having to backtrack. This also ensures you won’t miss the breathtaking bamboo grove at the base of one of the trails.

The hike is especially beautiful in autumn when the leaves change color, but be aware that the temple will be much busier at this time of year.

Getting there: The nearest station is Mitaki, which is 10 minutes from Hiroshima Station on the JR Kabe Line. The temple is about a 20-minute walk northwest from the station. 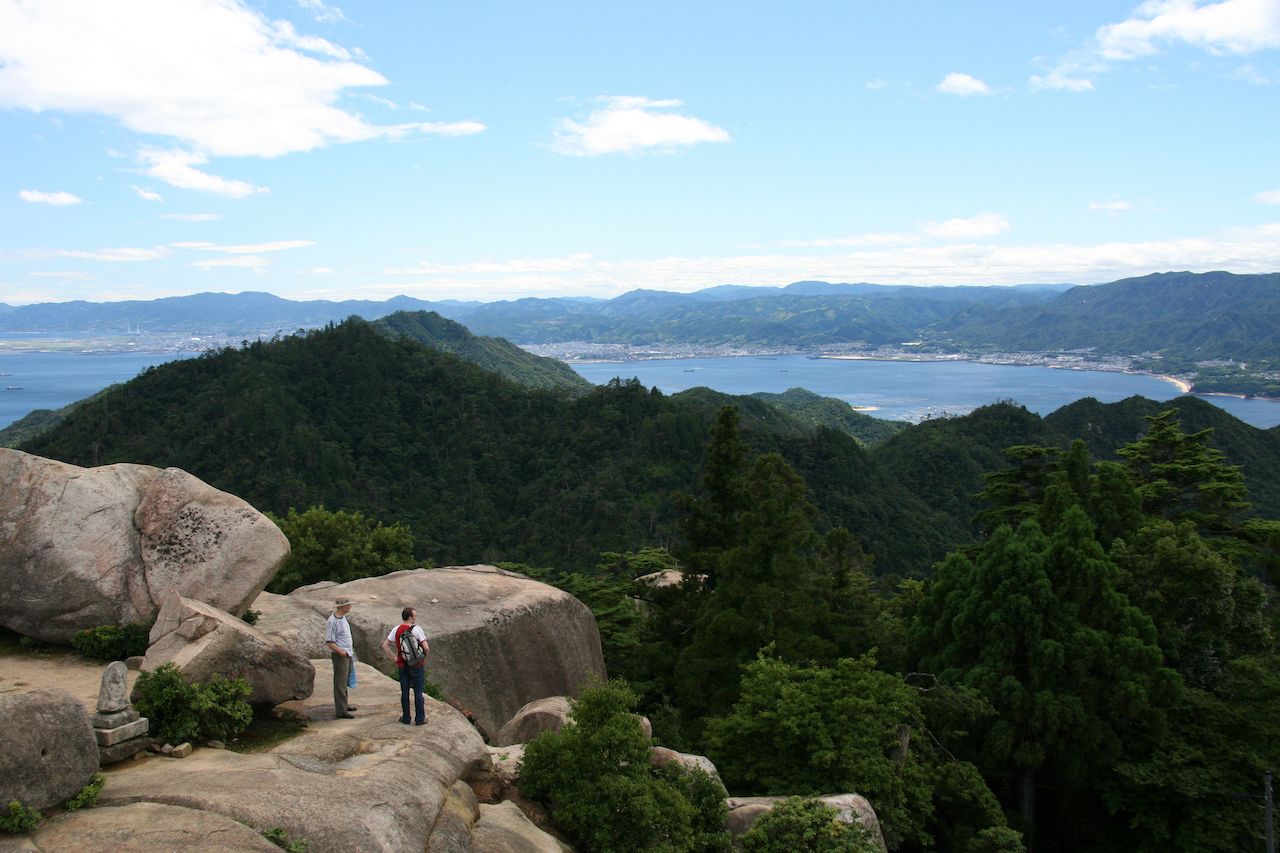 Located on the nearby island of Miyajima in Hiroshima Bay, Mount Misen offers three hiking trails and a ropeway up to its 1,755-foot summit. This is the highest point on the island, and the view from the top is magnificent.

The three routes up — Omoto, Daisho-in, and Momijidani — vary somewhat in length and difficulty, but should all take around an hour and a half to two hours to get you to the peak. Daisho-in is generally agreed to have the best views, while the forested Momijidani is the shortest and steepest path. Whichever trail you use, you’ll come across some interesting rock formations and several temple buildings as you reach the summit. Keep an eye out for the Reikado, or Hall of the Spiritual Flame. This houses the flame that was used to light the Flame of Peace in Hiroshima’s Peace Park, and, according to legend, has been burning for over 1,000 years.

While on Miyajima don’t miss the spectacular Itsukushima Shrine, with a torii gate that seems to float ethereally on the water.

Getting there: From Hiroshima Station, take the JR Sanyo Line to Miyajima-guchi Station. It’s a short walk from here to the ferry pier. Ferries depart frequently for Miyajima island, and the ride takes just 10 minutes. Once on the island, all the trailheads can be easily reached on foot. 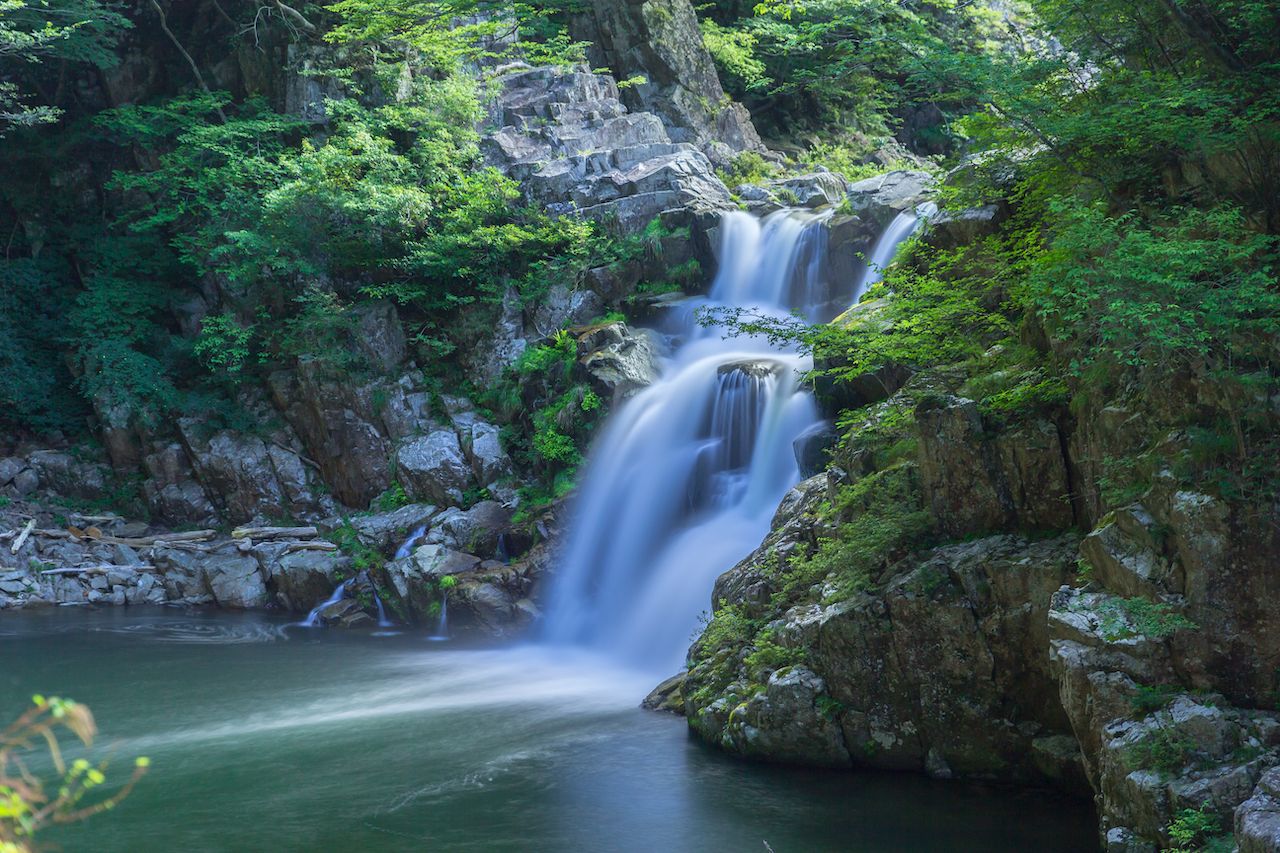 This hike is the most difficult on the list to access, as you have to take a highway bus out of the city. The extra effort is more than worth it, however, as it provides an ideal escape from the urban hub out into nature. The eight-mile trail takes you along a beautiful ravine of crystal-clear water, surrounded by fresh air and lush greenery.

Sandankyo is an out-and-back route, so you can easily judge how much time you need to get back to the bus stop. To complete it in full takes around five hours, but you can turn back at any point. Along the way you’ll pass cascading waterfalls, swirling rapids, and calm rock pools. There’s also an area where you can take a boat ride through the towering rock walls of the ravine during the summer months.

If you’re after a real adventure into untouched wilderness, complete with the most scenic of views, this hike won’t disappoint.

Getting there: You will need to take the morning highway bus from platform seven of the Hiroshima Bus Center to Sandankyo. The journey takes around 80 minutes. 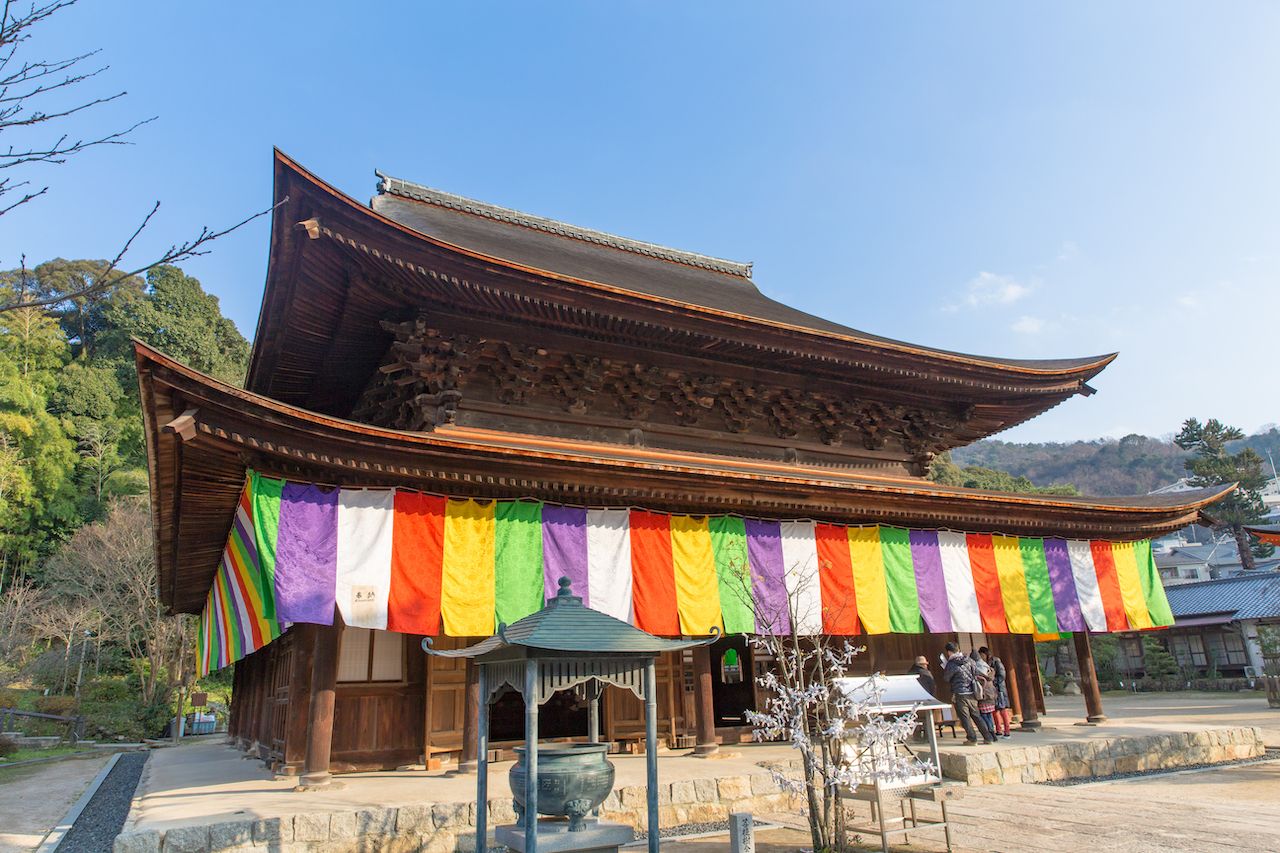 If you’re short on time, but still want to enjoy some mountain air, this short but sweet hike takes you up the 456-foot Mount Futaba. The trail begins behind Toshogu Shrine and leads up to the silver Peace Pagoda you can just spot glinting between the trees. Don’t go expecting a Japanese-style pagoda though. This is a dome-shaped Buddhist stupa, housing thousands of memorial stones for the victims of the 1945 atomic bombing.

The trail itself begins with a flight of stone steps beneath a mesmerizing tunnel of red torii gates. About halfway up you’ll see a set of stairs branching off to the left; this is an optional detour to a great observation point out over the city. Back on the main path, the stairs will eventually give way to a forest trail which brings you the rest of the way to the pagoda.

If you’re looking for an extra challenge, you can continue along the six-mile Futabanosato Historical Walking Trail, and take in several other shrines and temples in the area.

Getting there: The hike begins at Toshogu Shrine, which is a 10-minute walk north of Hiroshima Station.

A Panorama of Hiroshima After the Atomic Bomb