If you thought Squid Game was the only Korean success story this year, think again. According to language-learning app Duolingo, in October 2021, there were 40 percent more new Korean learners in the US than there were in 2020, and it’s all because Korean culture is having a huge moment (Dalgona candy, anyone?). If you, too, want to dive headfirst into the Korean Wave, we’ve selected some of the best K-pop documentaries, K-food shows, and K-dramas on Netflix and Youtube for you to check out.

Tale of the Nine Tailed 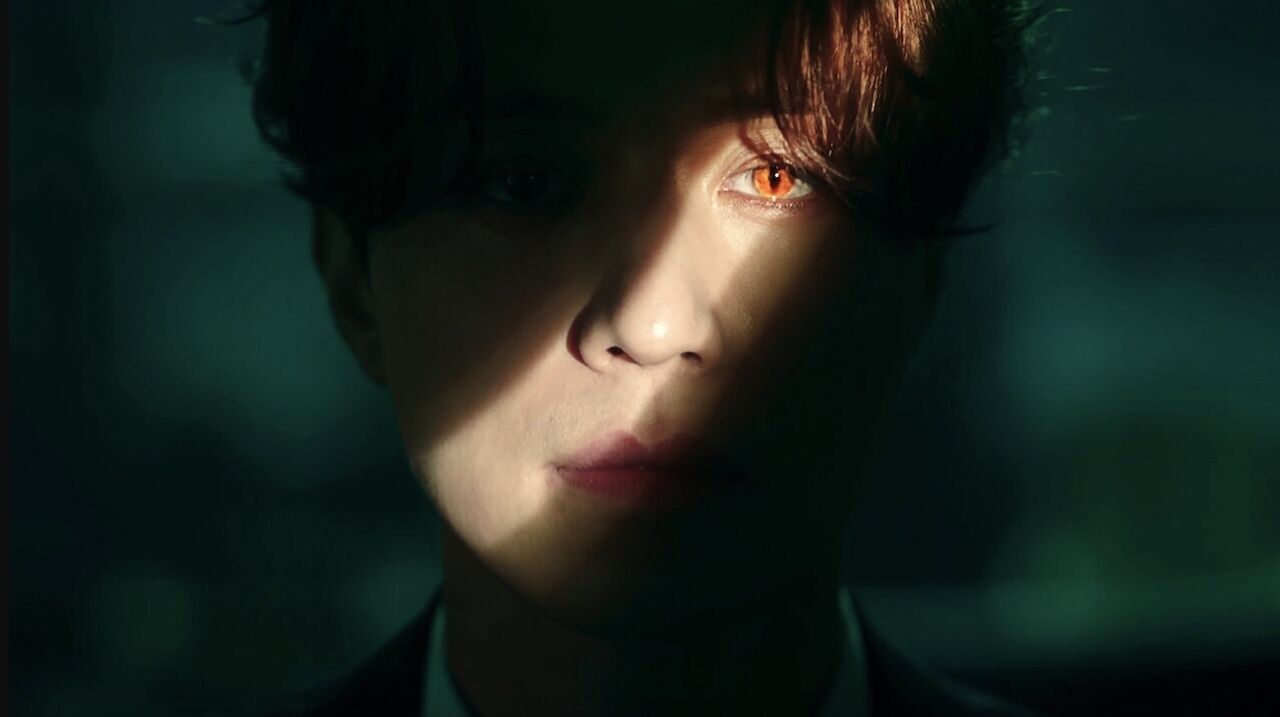 Tale of the Nine Tailed is a 2020 fantasy romance series about a nine-tailed fox, or gumiho, a creature from Korean mythology. Traditionally, it’s depicted as an evil shape-shifting fox that can freely transform into a beautiful woman who seduces men, thereafter killing them for their heart or liver. The 16 episodes of this series introduce a creative twist to the legend associated with this mythical creature, however. The male protagonist, Lee Yeon (Lee Dong Wook), is presented as a benevolent nine-tailed fox who was once a mountain spirit that sacrificed his life to resurrect Nam Ji-ah (Jo Bo Ah), the love of his life.

Beyond its new take on the gumiho, this Netflix K-drama also reimagines other recognizable characters and settings from traditional Korean folk tales, such as having an immigration office replace Samdocheon, the river that separates this life and the afterlife, and which we see Nam Ji-ah cross to get reincarnated. Amongst the mythical creatures, we also see a snail bride and an imoogi. Curious? Watch the drama to find out what they are.

Guardian: The Lonely and Great God 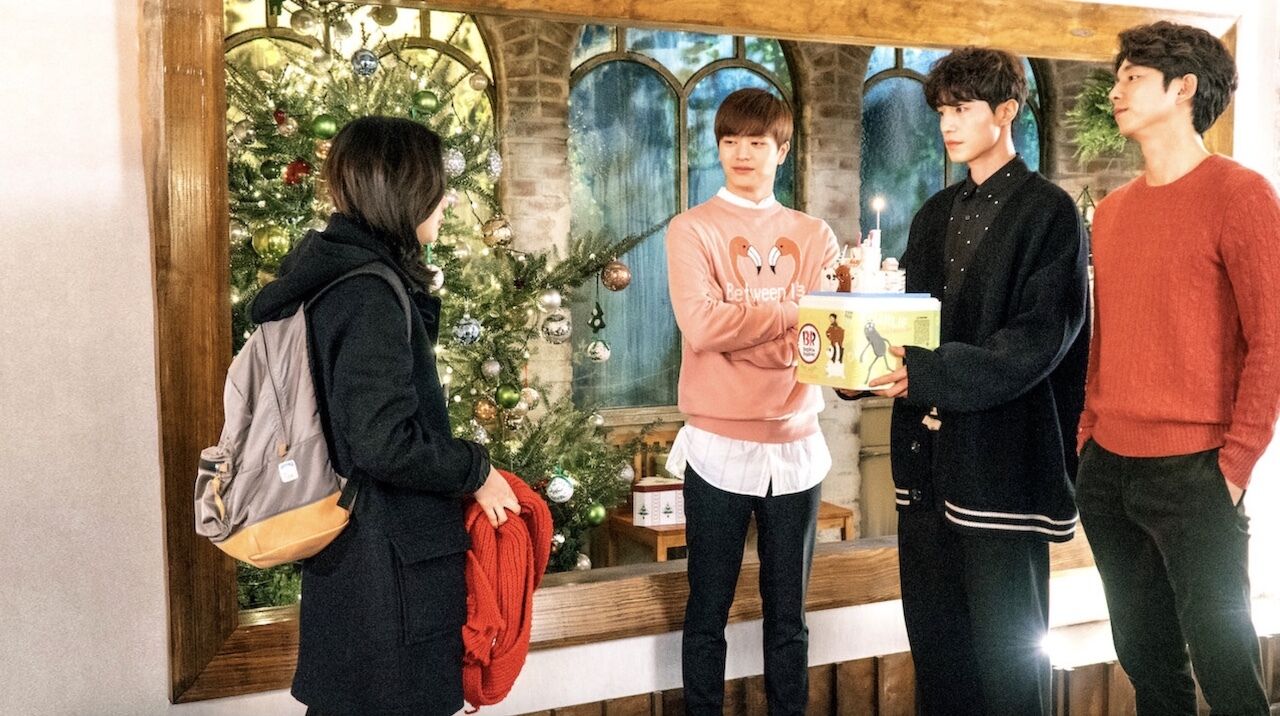 Better known as Goblin for short, Guardian: The Lonely and Great God is a 16-episode fantasy romance story about a dokkaebi, a mythical being roughly equivalent to a goblin in Western culture.

Kim Shin (Gong Yoo), the hero of this series, is a 939-year-old goblin in search of his bride. His mate, who turns out to be Ji Eun Tak (Kim Go Eun), is the only one who can remove the sword pierced through his chest that makes him immortal.

Typical of romantic K-dramas, Ji Eun Tak’s life mirrors that of Cinderella, and Kim Shin is always there to save the damsel in distress. What makes this drama stand out from the other romance dramas is the humor and chemistry between Kim Shin and the Grim Reaper (Lee Dong Wook). 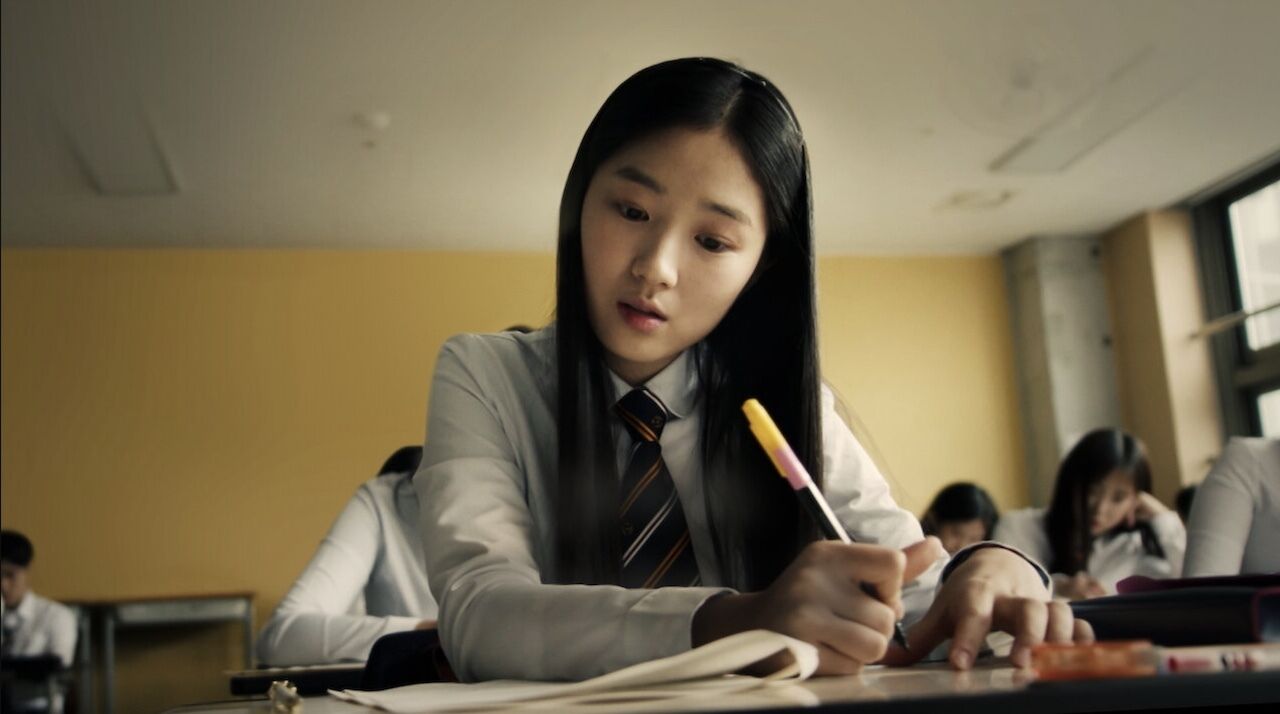 Education is synonymous with wealth and success in South Korea, and Sky Castle takes a close look at how the rich manage to get their children into prestigious universities. The 20 episodes of the series are all about how the upper class has no qualms about destroying the lives of others to get ahead. The title is also a reference to the top three universities in South Korea, namely Seoul National University, Korea University, and Yonsei University that form the acronym SKY.

This 2018 K-drama on Netflix has received multiple awards and found itself as the second-highest-rated drama in Korean cable television history. 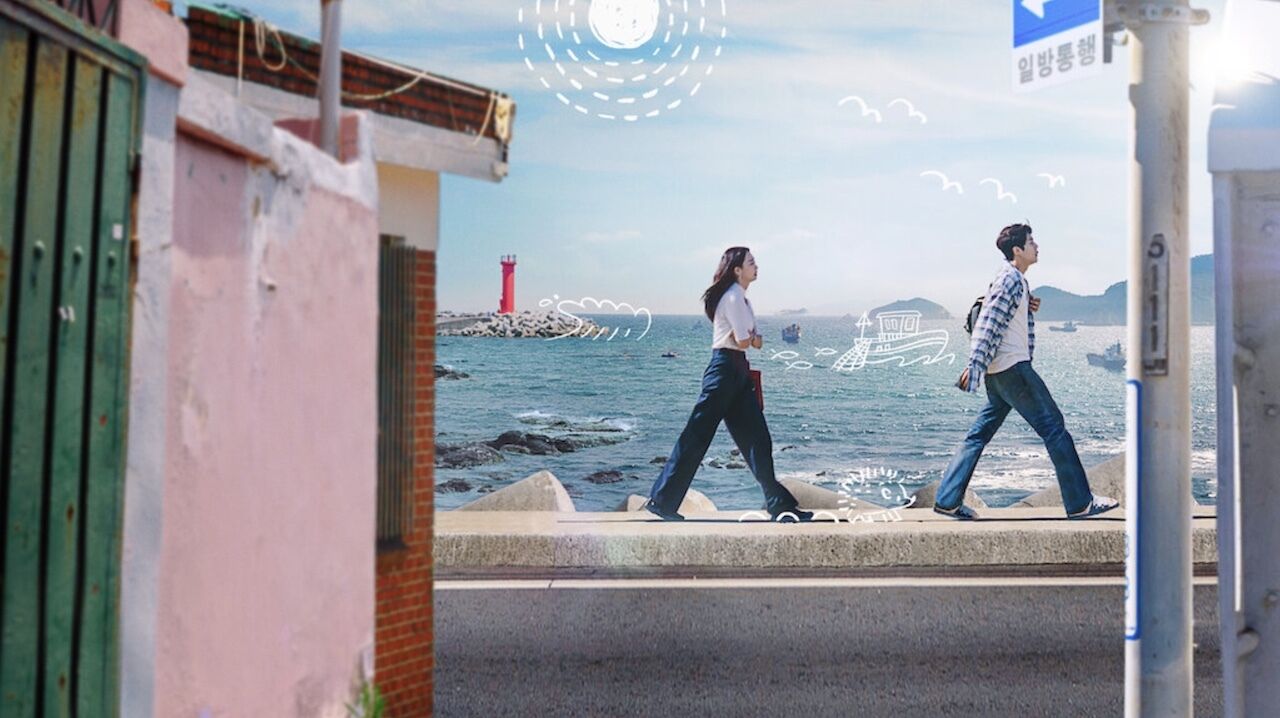 Move away from the hustle and bustle of Seoul to the idyllic (and fictional) seaside village of Gongjin to learn more about “jeong,” the Korean word for affection that emphasizes the kind, collective nature of Korean society. It’s a difficult concept to explain to foreigners, but it’s presented perfectly in the 2021 Netflix hit Hometown Cha Cha Cha.

Yoon Hye Jin (Shin Min-a), a materialistic Seoulite dentist who opens a dental clinic in Gongjin but only charges a stubborn patient for the cost of materials for a dental implant? That’s jeong. The villagers’ antics to distract Hong Du Sik (Kim Seon-Ho) from his depression when he first moved back to Gongjin from Seoul? That’s also jeong.

This laidback, feel-good, 16-episode K-drama ended in October 2021 and is suitable for viewers of all ages as it examines the relationship between self and others. 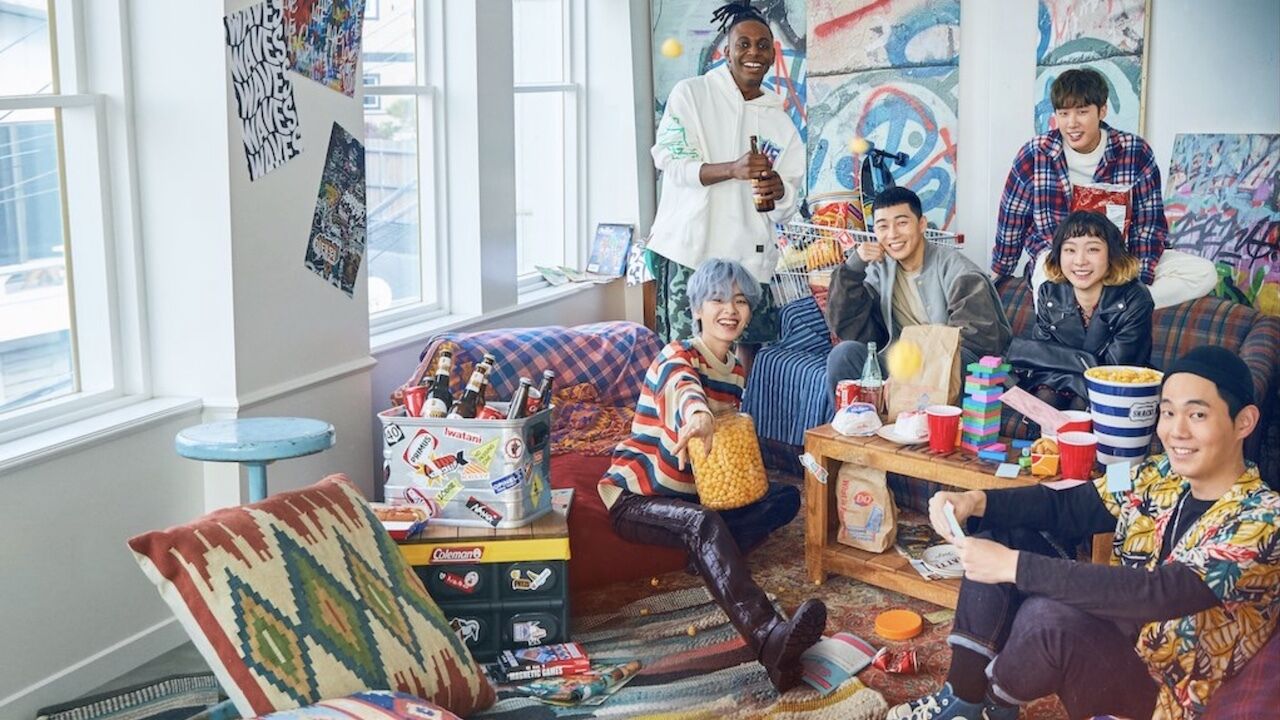 Follow the journey of Park Sae Ro Yi (Park Seo Jun), an ex-convict and high school dropout, who believes that success is the best revenge as he takes the slow but honest path to beat his enemy, the heir of a rich industrialist who killed his father in a car accident.

The 16 episodes of this 2020 webtoon-turned-drama tackles taboo topics such as class divides, social inequalities, racism, and LGBTQ discrimination in South Korea, as Park Sae Ro Yi hires a a very diverse staff all at once to work at his new pub in Itaewon. Although these social topics are not unique to South Korea, the effects are dramatized as it is a country widely seen to be conservative, conformist, and homogenous.

Fight For My Way 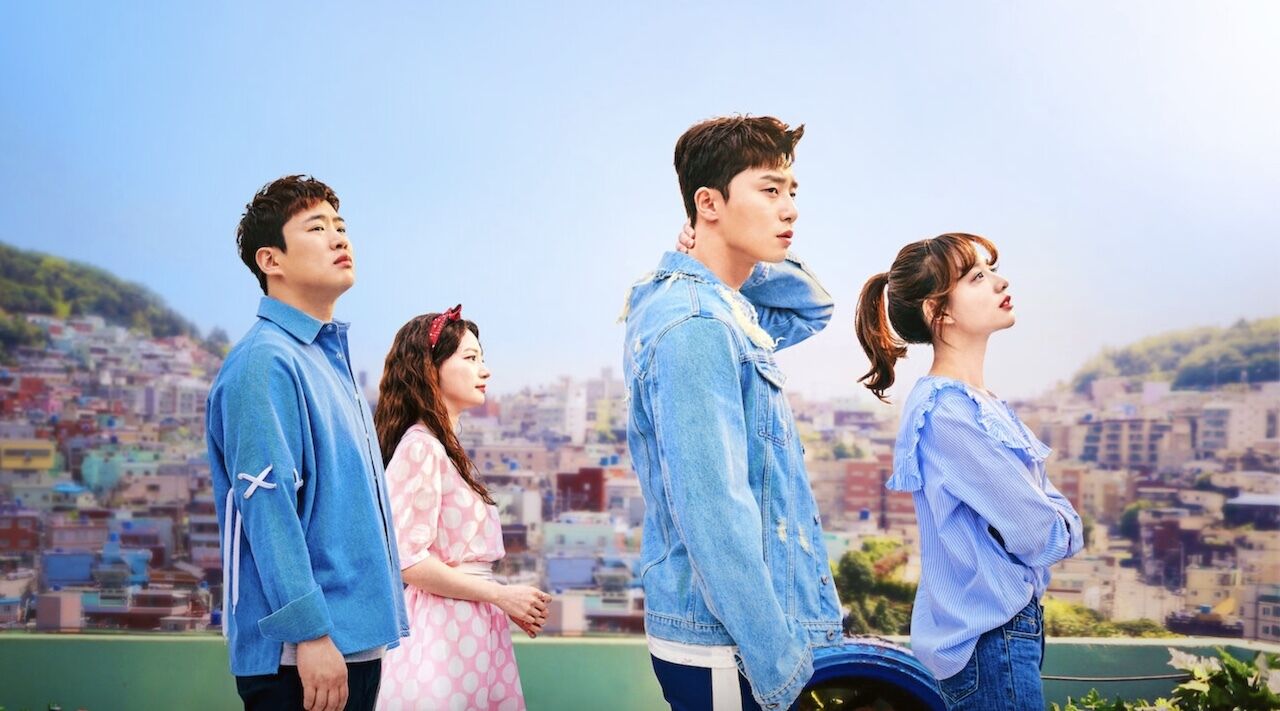 Take a peek into the lives of underestimated youths achieving their dreams in a society that privileges academic credentials and connections. Fight For My Way (2017), a romantic comedy known for its realistic plot, centers its 16 episodes around the main characters and their struggles to find a foothold in their desired careers as underdogs in South Korea.

Ko Dong-man (Park Seo Jun) is a former taekwondo player who once had the chance to become a national representative at the Olympic games but is now muddling through life as a pest control worker. His longtime best friend, Choi Ae-ra (Kim Ji-Won), is a strong and sassy girl who dreams of becoming an announcer but is working as a department store employee at the information desk as she has neither academic credentials nor connections to secure a position in her dream job. 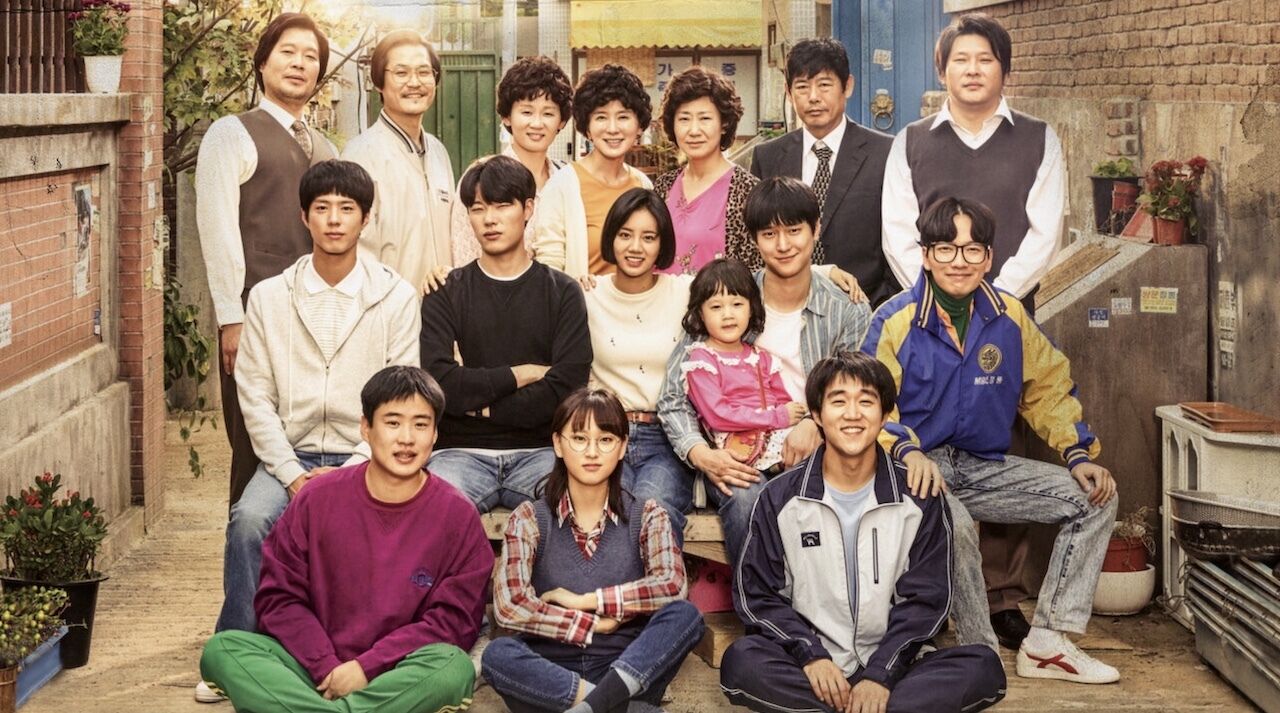 The Reply series is the show to watch if you’re interested in learning more about Korean daily life before the Korean Wave hit. The K-dramas — which have 16, 21, and 20 episodes, respectively — highlight significant cultural events that happened in South Korea in those years. All three seasons revolve around the themes of family, friends, and relationships across various provincial areas in South Korea.

The Reply series is one of the highest-rated South Korean dramas in the country’s cable television history, with Reply 1988 being the most popular of the series. While it is tempting to start with the most popular season of the series, watch them in chronological order so you get the inside jokes and references throughout the trilogy. 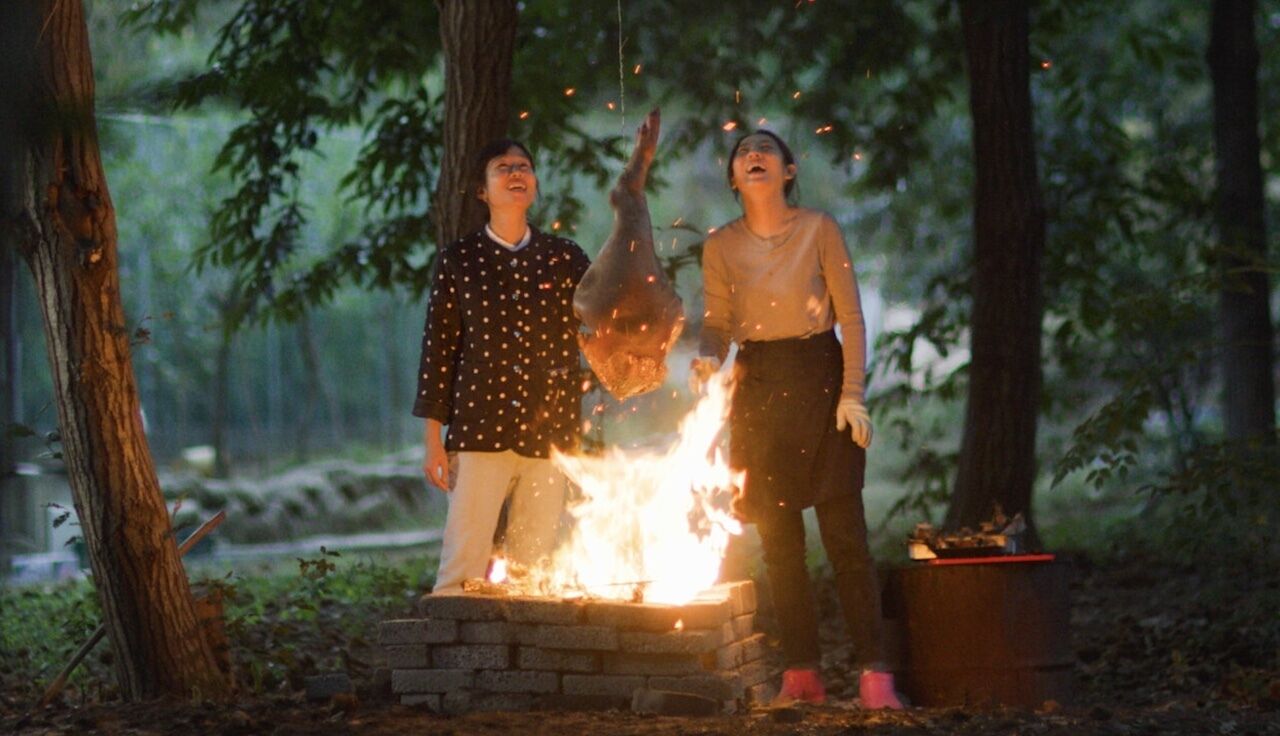 Few Koreans are unfamiliar with Paik Jong Won, a South Korean chef who has hosted several cooking television series, has his own YouTube channel, and is the CEO of numerous restaurant franchises with branches across the country and around the world. In this two-part documentary (48 minutes each) released in 2020, Paik Jong Won shares his love for good food and explores how Koreans came to love eating pork belly, a national favorite.

Besides cutting up a whole pig and explaining what exactly pork belly is, Paik Jong Won also explores the different grills that have been made over the years, drawing attention to the art and science of making a delicious piece of pork belly. 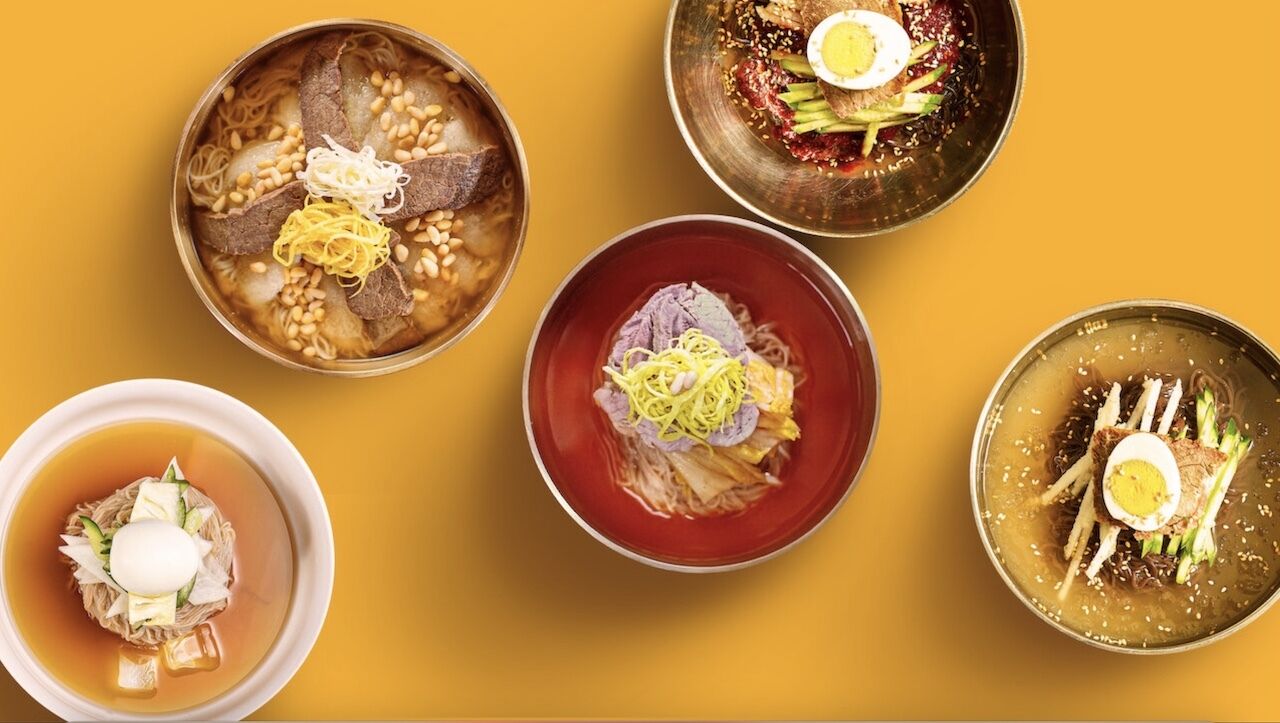 Korean Cold Noodle Rhapsody (2021) is a two-episode documentary follow-up to 2020’s Korean Pork Belly Rhapsody. This documentary features expert food critics, historians, as well as Paik Jong Won, all of whom explain the long history of naengmyeon from Joseon Dynasty (early 1800s) to what it is today.

Naengmyeon, or cold noodles, is one of Korea’s summertime staples. The documentary explains that there are two main types of naengmyeon, but the ingredients largely remain the same: a bowl of naengmyeon consists of thin chewy noodles made with buckwheat, usually topped with an egg and a few thin slices of beef and cucumbers. And while that sounds like a simple dish, the process of making it is a complex affair, especially before the invention and evolution of modern-day buckwheat noodle-making tools. 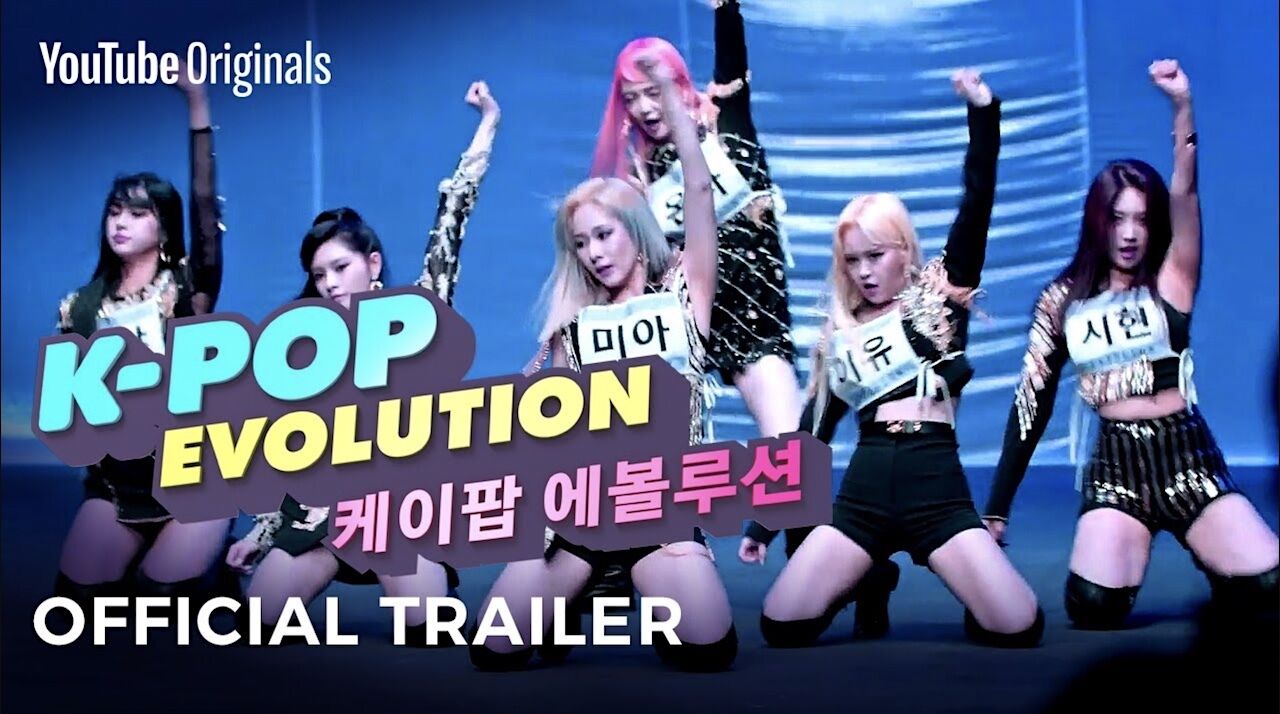 K-Pop Evolution (2021) is a YouTube Originals documentary series on how K-Pop became the global phenomenon that it is today. The series consists of seven episodes and dives deep into fandom culture. Before a boy group called Seo Taiji and Boys made their national television debut on a South Korean music show in 1992, the music industry in South Korea was dominated by acoustic folk music and trot — it’s changed a lot since then.

The unexpected overnight success of Seo Taiji and Boys then saw the birth of the first generation K-Pop idols such as H.O.T and g.o.d, which further paved the way for K-Pop’s current global popularity. K-Pop idols from the different generations, such as Joon Park from g.o.d, Leeteuk from Super Junior, and Sandara Park from 2NE1, are featured on the show and share their experiences and thoughts on the industry and its evolution.

Blackpink: Light Up the Sky 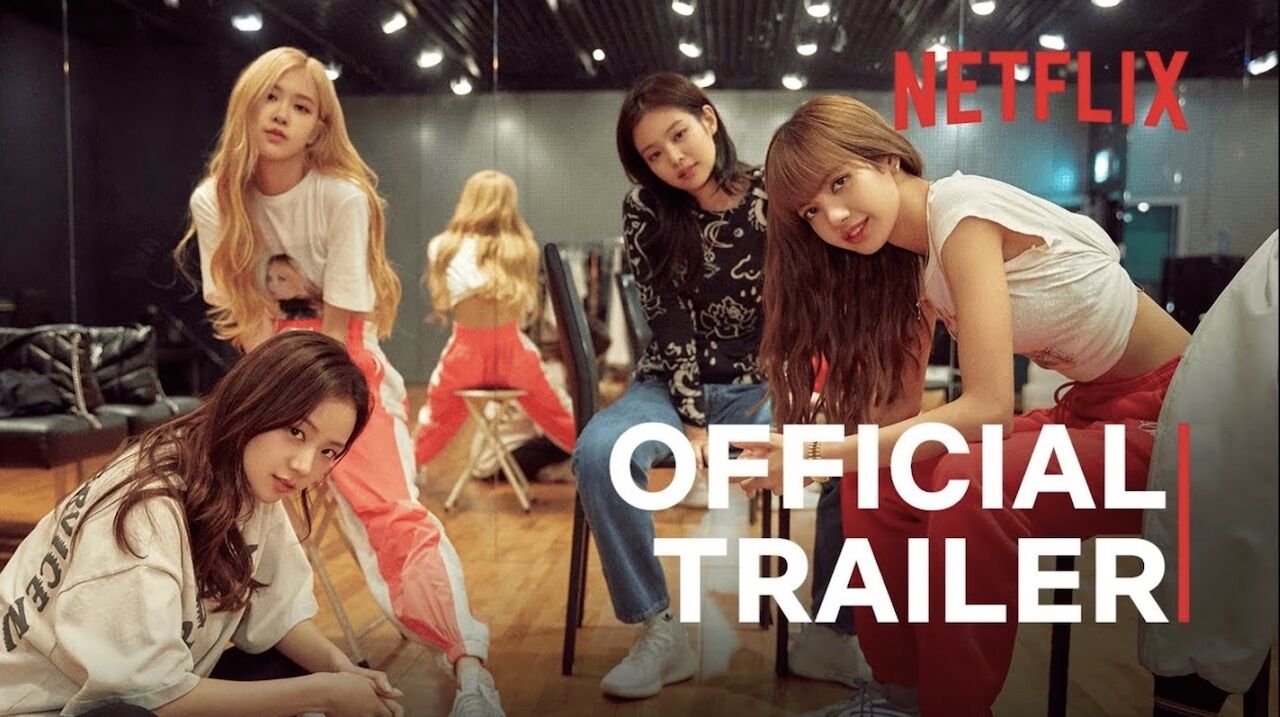 If you enjoy EDM, hip hop, and rap music, and don’t already know Blackpink, learn more about the group through Netflix’s documentary, Blackpink: Light Up the Sky. Blackpink is a K-Pop girl band that has over 40 million followers on Instagram and close to 70 million subscribers on YouTube, making it one of the most popular idol groups in South Korea at the time of writing.

In this 2020 documentary, fans are shown how the members — Jennie, Jisoo, Lisa, and Rose — went through tough training for five years before finally debuting in August 2016 and eventually rising to the top. Since the band’s debut, it’s broken numerous online records such as having the most-viewed music video within the first 24 hours of release. Blackpink is also the first Korean girl group to have sold more than a million copies of an album: “THE ALBUM.”

LanguagesThe 14 Funniest Korean Expressions (and How To Use Them)
Tagged
Culture TV South Korea
What did you think of this story?
Meh
Good
Awesome