London has an LGBTQ scene steeped in history, with queer pubs dating back as far as the 17th century. From glitzy cocktail lounges to dingy drag dens, London’s scene is one of the most vibrant and hedonistic on the planet. Beyond the world of cocktails, there are countless reasons why LGBTQ travelers are drawn to England’s capital. West End shows, avant-garde shopping opportunities, and historical sights galore being just a few of them.

Soho has the highest density of pubs and bars, but a wide range of watering holes can be found in neighborhoods throughout the city. With a rich history of drag and cabaret, Vauxhall follows Soho as the second-most-happening area, and it’s not short of a fetish club or two, either. Shoreditch, Islington, and Camden are other thriving queer hotspots, each of them with a unique vibe of its own. While the city is blessed with a huge number of LGBTQ bars compared to the average city, these are the nine best ones to hit up, from casual pubs to all-night discos. 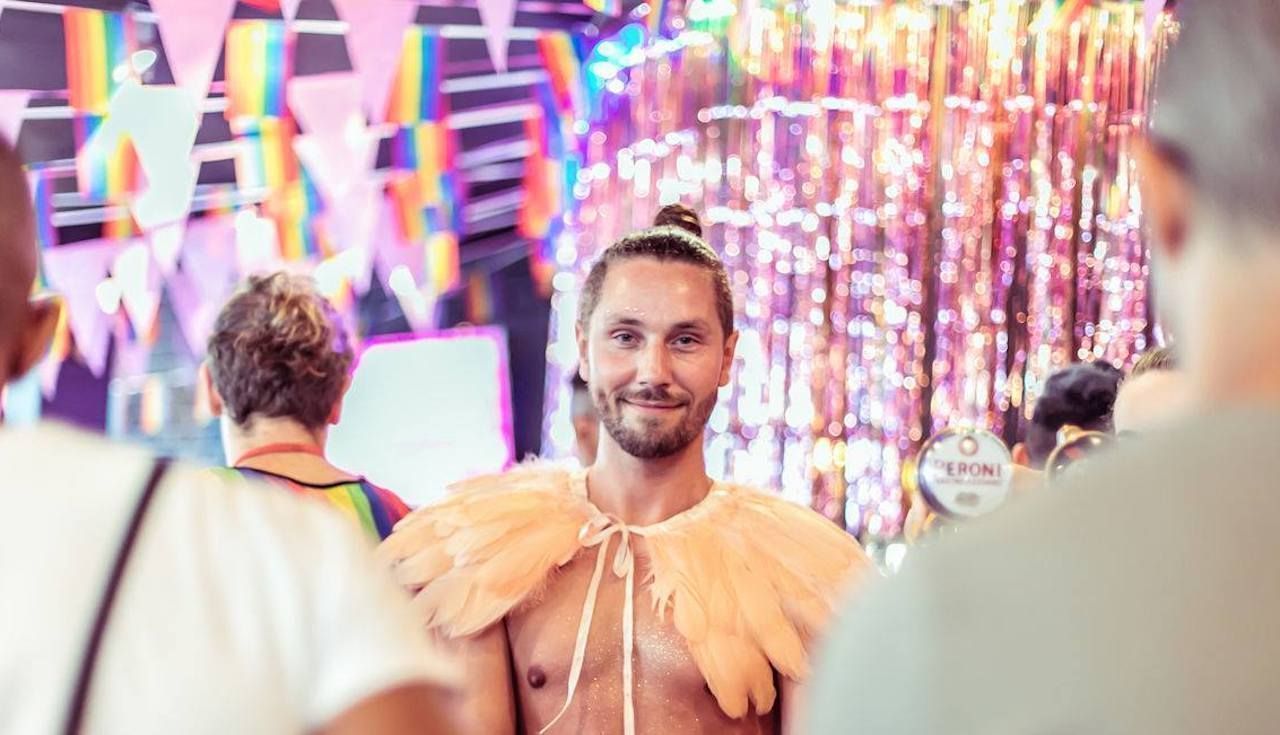 A pre-clubbing bar in the heart of Soho, Rupert Street has wraparound windows that are perfect for people-watching and al fresco seating for sunny days. With its industrial-style décor, it’s a something of a ‘90s throwback. The bar staff is cute and friendly, and there’s a happy hour that stretches all the way from midday to 8:00 PM every day. On Fridays, live music pulls in the punters, and on Saturdays it’s the turn of the drag queens. It’s a good spot for early evening cocktails, but note that the energy level picks up as night falls and the mood becomes increasingly cruisey. 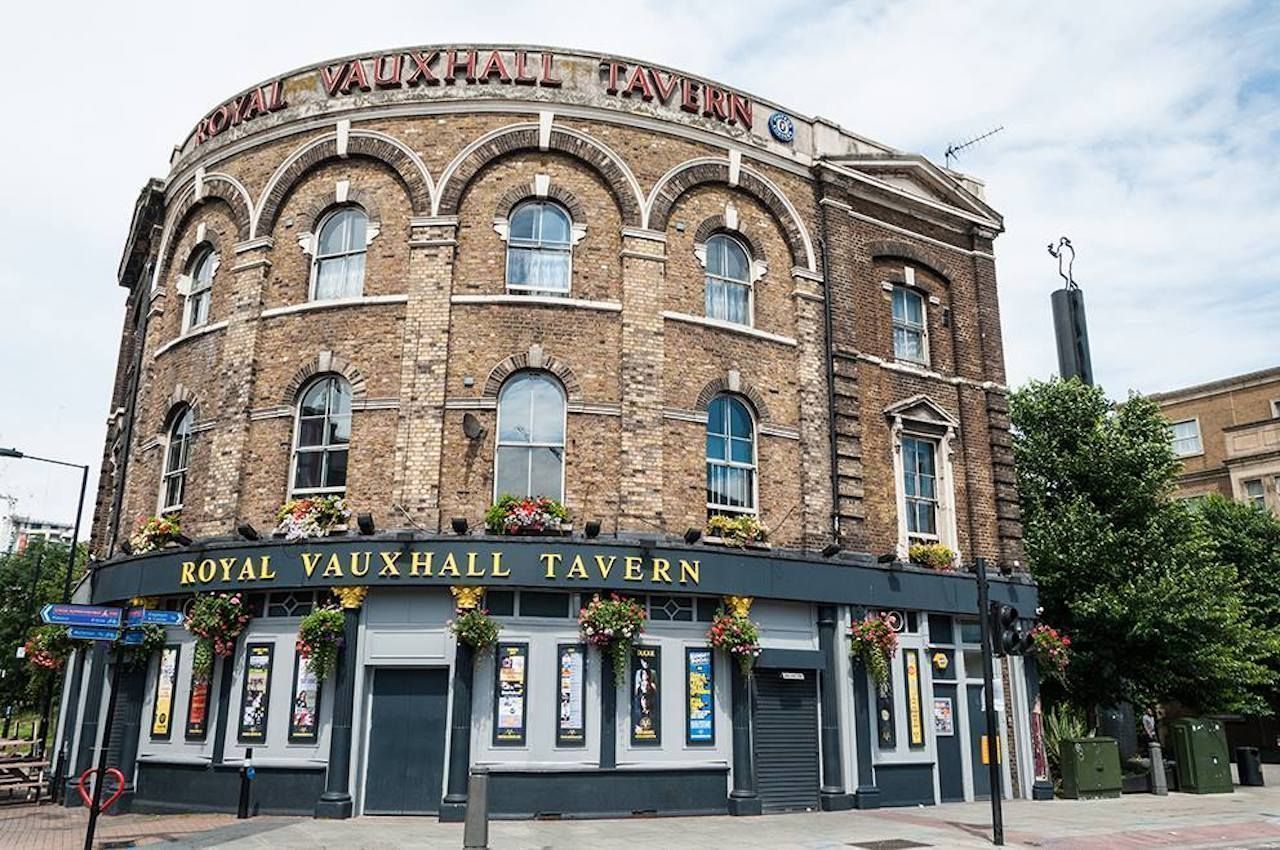 This Victorian Grade II listed pub, situated south of the river in Vauxhall, has been a magnet for the LGBTQ crowd since the Second World War. From Duckie, Amy Lame’s long-established night of pop and rock on a Saturday, to Monday’s legendary Bingo event, there is something happening every night of the week. The pub is known for being where Freddie Mercury smuggled Princess Diana in disguised as a man and also where Lily Savage (aka national treasure Paul O’Grady) got her start. The Spring Gardens behind the pub is a popular picnic spot for LGBTQ revelers during the summer months. 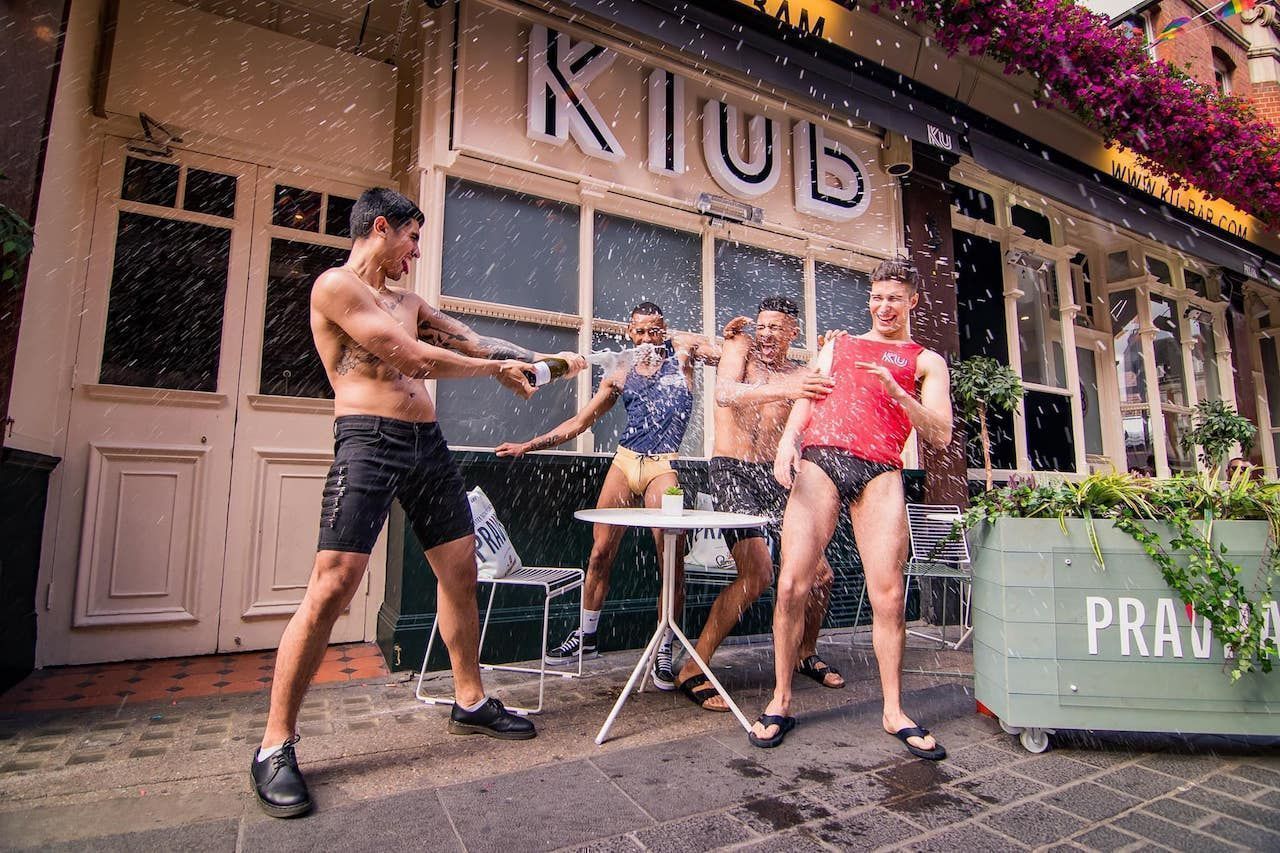 Attracting a young party-loving crowd, this sprawling corner bar is tucked between Chinatown and Leicester Square. With the bar spread over two floors and a club in the basement, the ambiance is lively and video screens play everything from Kylie to RuPaul’s Drag Race. Fun and friendly, the Ku Bar is one of London’s largest LGBTQ venues and has a capacity of 500. The clientele is mainly male, but women are welcome. DJs spin discs every night of the week, and the host, Stefanos, regularly makes the rounds to welcome as many customers as he can. 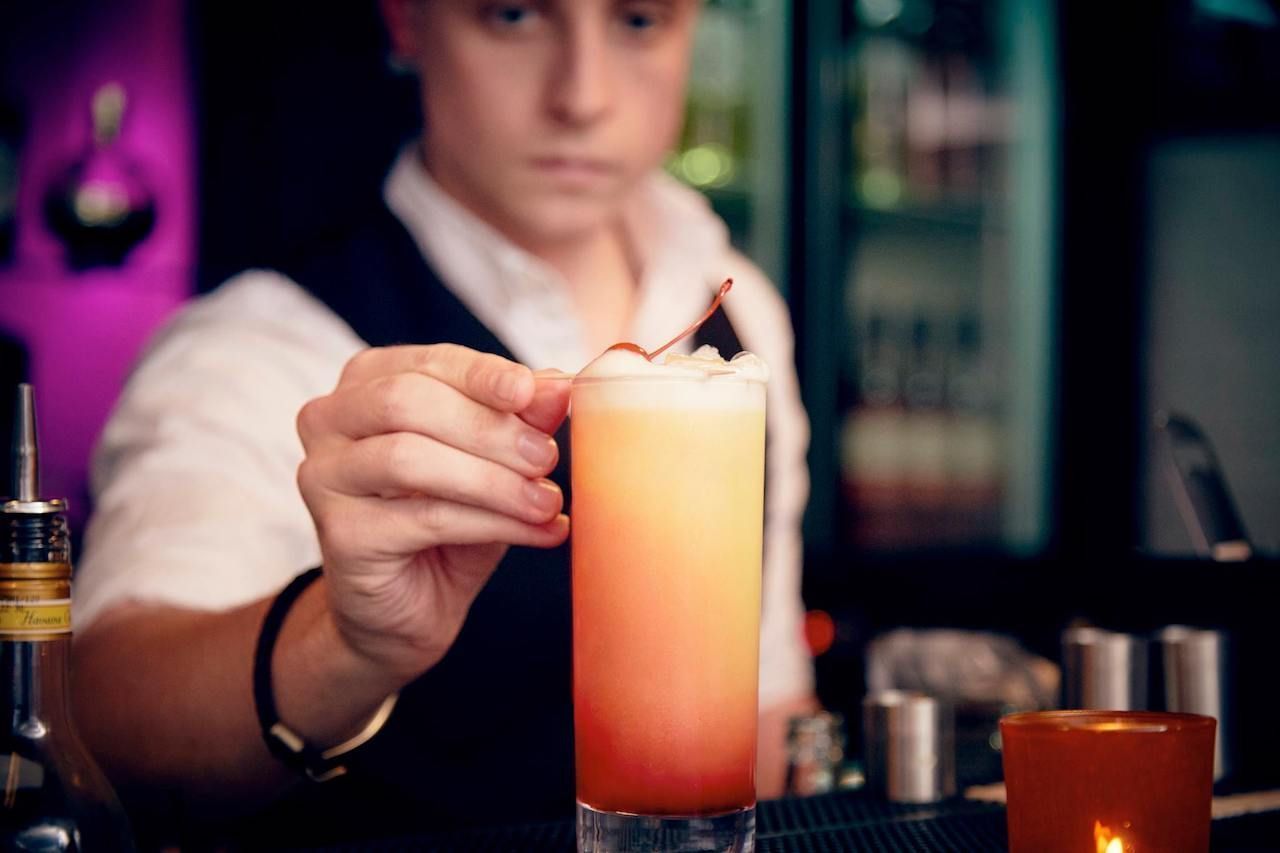 A world away from the raucous joints of Soho, this intimate boho bar in Russell Square is a little difficult to locate but worth the effort. Situated just around the corner from London’s historic LGBTQ bookshop, Gay’s the Word, NBS pays homage to Virginia Woolf and pals. Sophisticated and congenial, the staff conjureS up delicious cocktails, and there are some great deals to be had during happy hour. With leather armchairs that you can sink into and a cozy cave basement split into two sections, it’s ideal if you are looking for a relaxed and refined atmosphere. Don’t forget to check out the restrooms, which are wallpapered with pages of Virginia Woolf’s literature.

Where: 76a Marchmont St, Saint Pancras 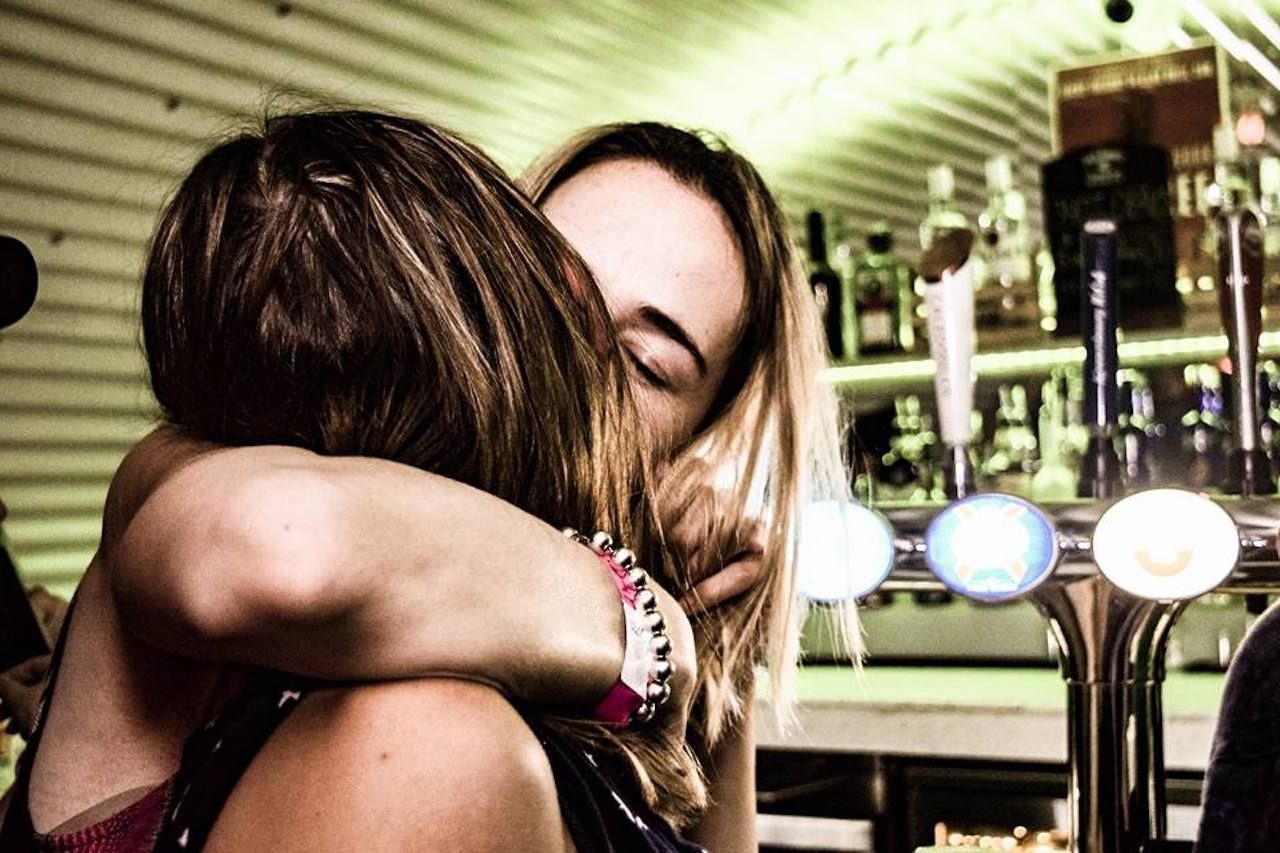 Despite many pubs and bars hosting “women’s nights,” there is a severe lack of venues that cater solely to women with the exception of She Soho. A stylish basement bar situated in Old Compton Street and run by the same team responsible for the Ku Bar, She Soho attracts a wide range of women of all ages, nationalities, and backgrounds. Transforming itself from an early evening chill-out space to a buzzing night club, it provides a full entertainment program, including DJs, comedy, and karaoke. A monthly drag king talent contest, Boi Box, is hosted by Adam All and Apple. With its slick bunker-style interior, it also has a courtyard out back for when the dancefloor becomes too hot to handle.

Where: 23a Old Compton St, Soho 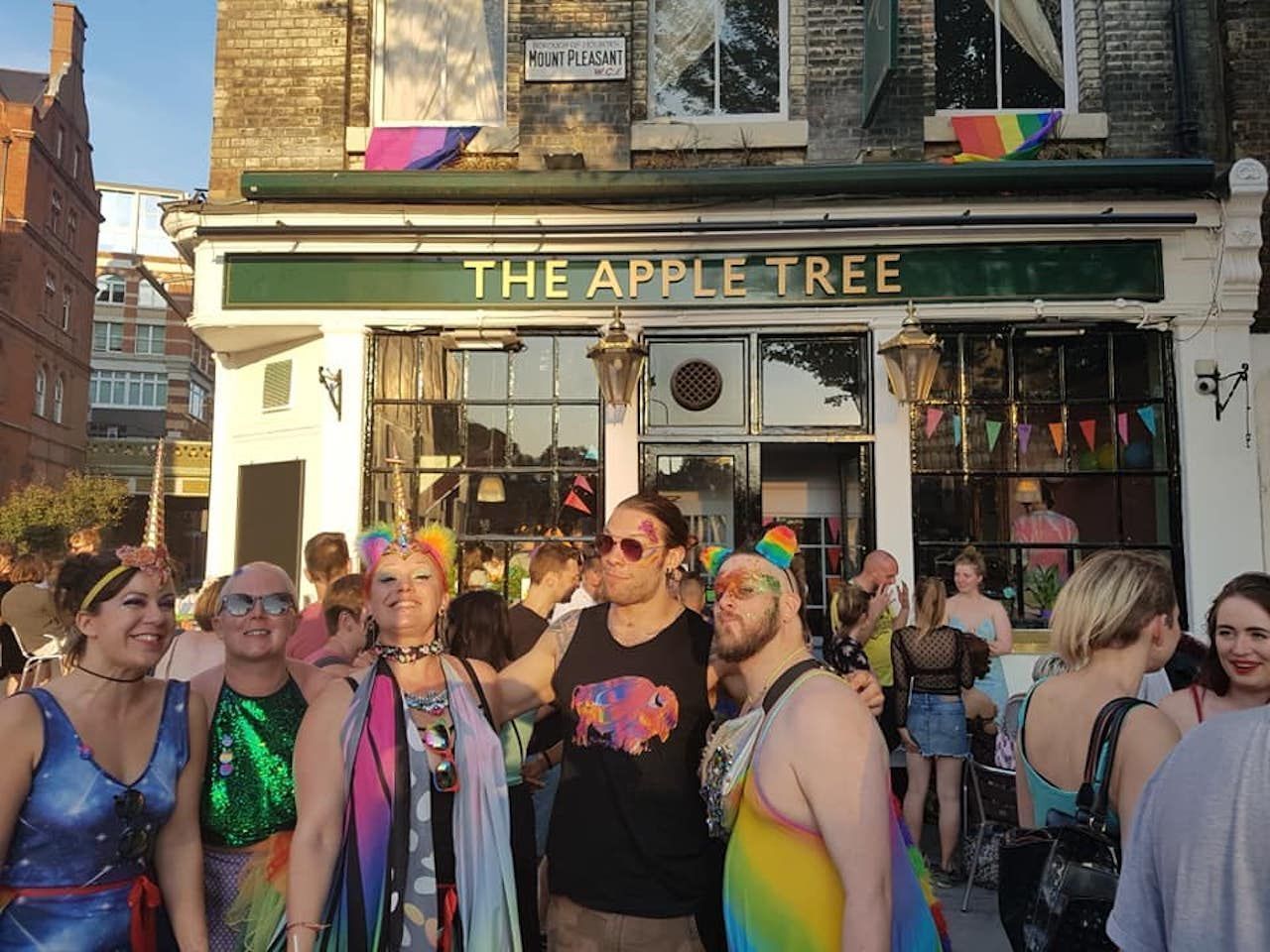 The Apple Tree is a vibrant neighborhood community pub in Clerkenwell that hosts a regular range of events from open mic nights to cabaret and drag. It’s a quirky hangout with funky and colorful décor. Customers are provided with pens and encouraged to get creative on the restroom walls, and a Queer Clothes Swap takes place monthly. Being inclusive, dogs are also welcome. And refreshingly, the menu is vegan- and vegetarian-leading, although there are a few options for carnivores. For something a little different, it’s worth heading to this convivial East London pub to shoot the breeze with the locals. 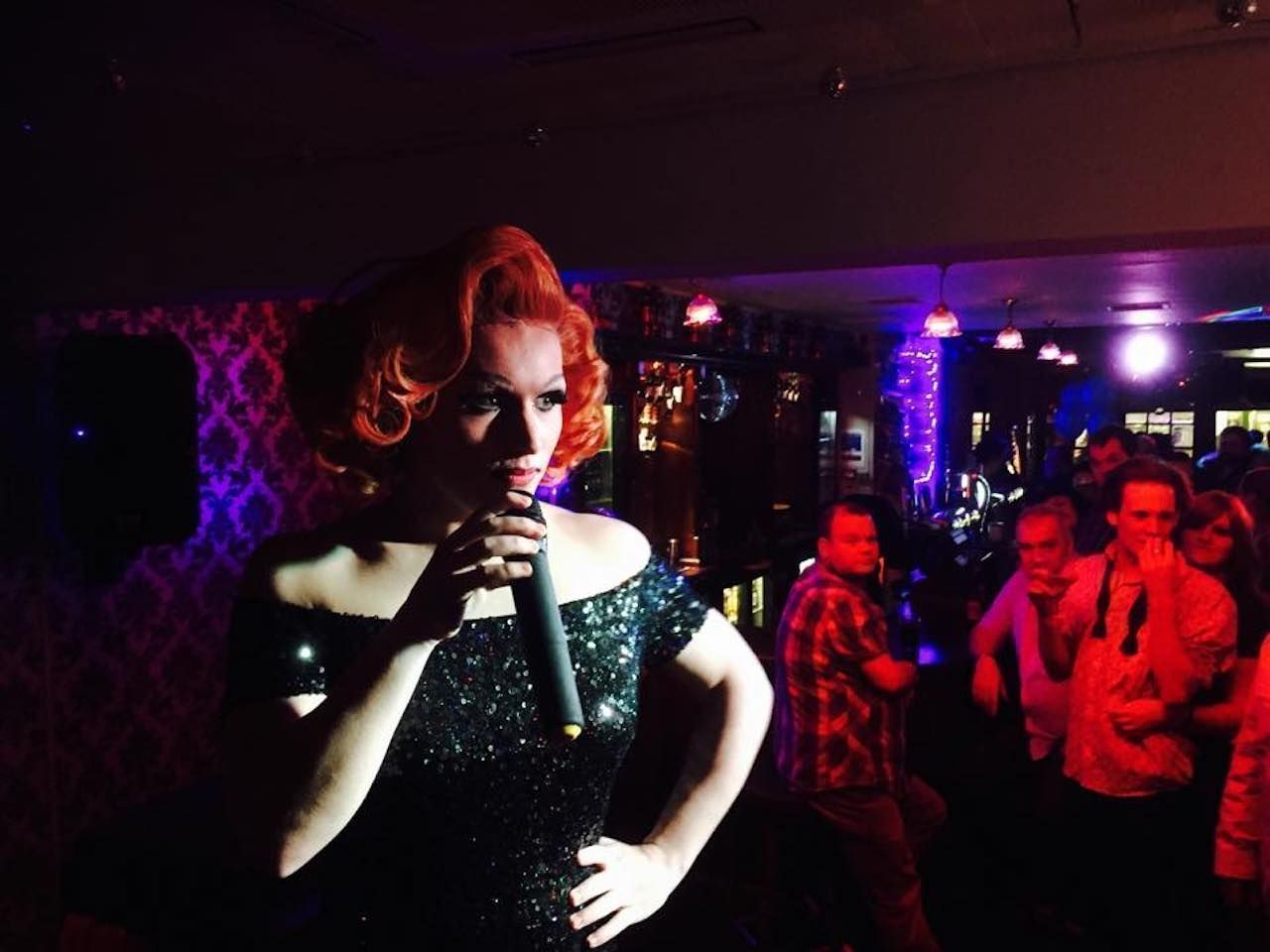 Established in the 1830s, this traditional boozer was tragically the victim of a nail bomb blast back in 1999. Orchestrated by a neo-Nazi, three people died and 70 were injured. The pub proudly rose from the ashes and today is more popular than ever, particularly amongst gay men. Due to its limited space, customers often spill out onto the street. Naval memorabilia adorn the walls, and there is a memorial chandelier hanging from the ceiling to commemorate those who died in the bombing. Cookie Monstar and Sum Ting Tong are two of the resident performers and drag takes place nightly. 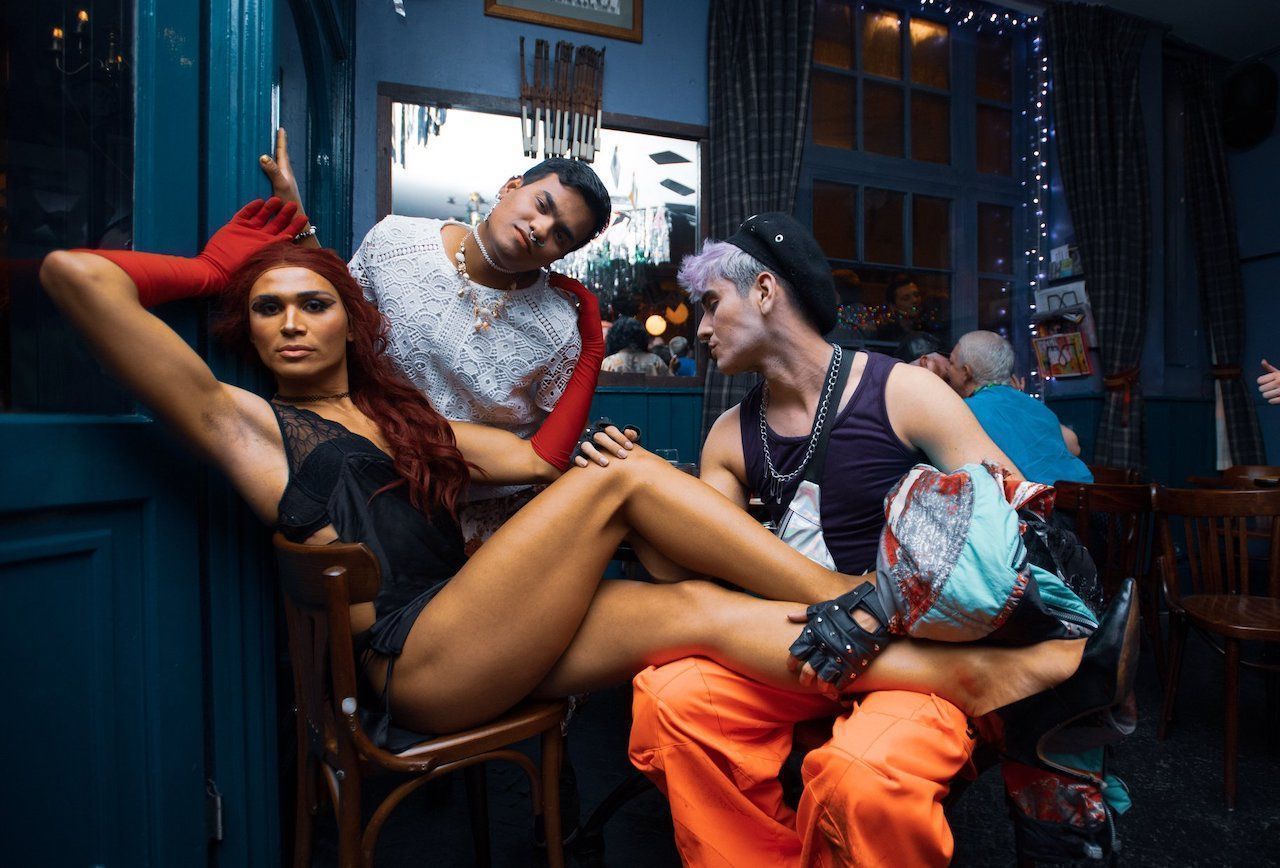 Owned by the Queens of East End drag, Jonny Woo and John Zizzle, this compact pub in Shoreditch thrives with energy and pretty much anything goes. There’s a small stage where Jonny himself often performs. Much of the entertainment is free before 10:00 PM. The crowd is mixed, the vibe inclusive, and drinks are cheap by London standards. Monthly variety shows include Non-Binary Cabaret and musical comedy troupe Sex Shells. The Glory’s weekend discos are legendary and can’t be beaten if you’re in the mood to party. 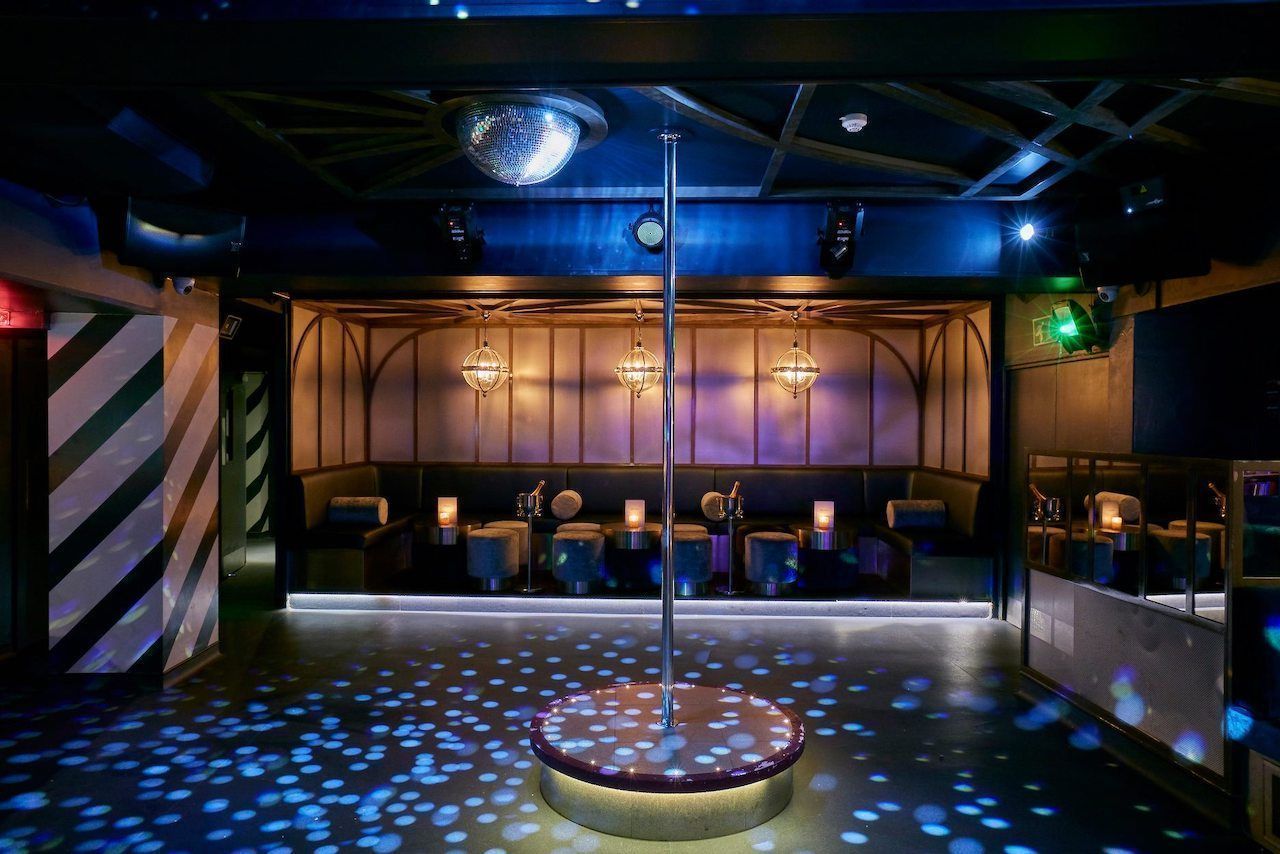 Sleek and swanky, this Wardour Street cocktail lounge is a great place to kick off a night out in Soho. The opulent bar is all spectacular chandeliers, mirrored walls, and disco balls. It’s not unusual to spot a celeb at Freedom, and although much of the crowd tends to look as slick as the surroundings, the bar is not exclusive, and nobody looks out of place. Now defining itself as a metrosexual bar, it’s an all-encompassing space. There’s a nightclub in the basement featuring two dance floors. An ideal venue for people of all persuasions who like a taste of West End glamour.
Where: 60-66 Wardour St, Soho