Athenians love to meet in loud places, sip their drinks on their own time, and dance the night away to forget their everyday worries. In bars and clubs, you meet people from all walks of life from age 16 on up — especially in bars where popular Greek and international musical artists perform. Yet among all of the live music bars in the city, some bars are on another level thanks to the quality of the shows. These are the venues in Athens where you can hear live music in an intimate environment without falling into a tourist trap. 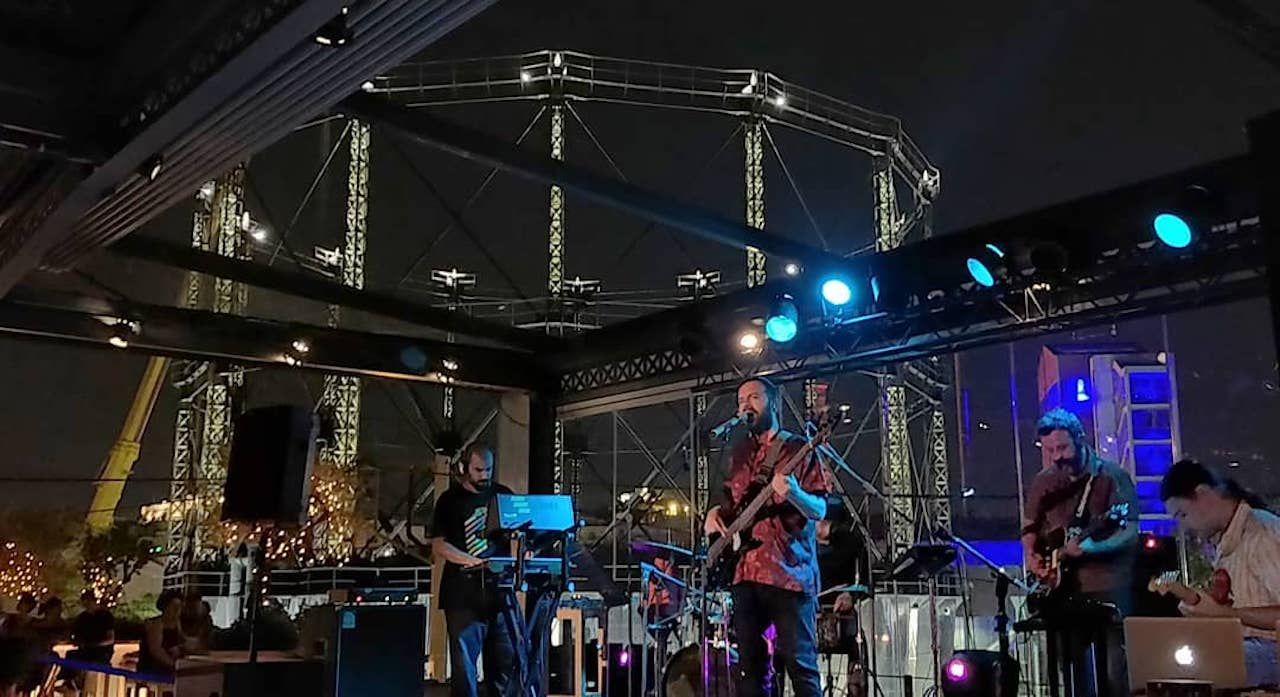 Gazarte is so much more than a typical bar. It’s Athens’ prime cultural hub in one of the city’s most vibrant neighborhoods. Gazarte has clear industrial influences, and is housed in one of the many warehouses that surrounded Gazi’s gas factory in the 19th century, which itself has been transformed into an artistic multi-use space.

The dimly lit main stage has hosted renowned Greek and international artists such as Ramsey Lewis, Manu Dibango, Billy Cobham, Imany, and Everlast. The olive tree-adorned roof bar and club is open year-round, offering outstanding urban views and a wide selection of seasonal cocktails. Check out the calendar on Gazarte’s website to see what’s coming up.

Where: Voutadon 32-34, Gazi (one minute walk from Kerameikos metro station) 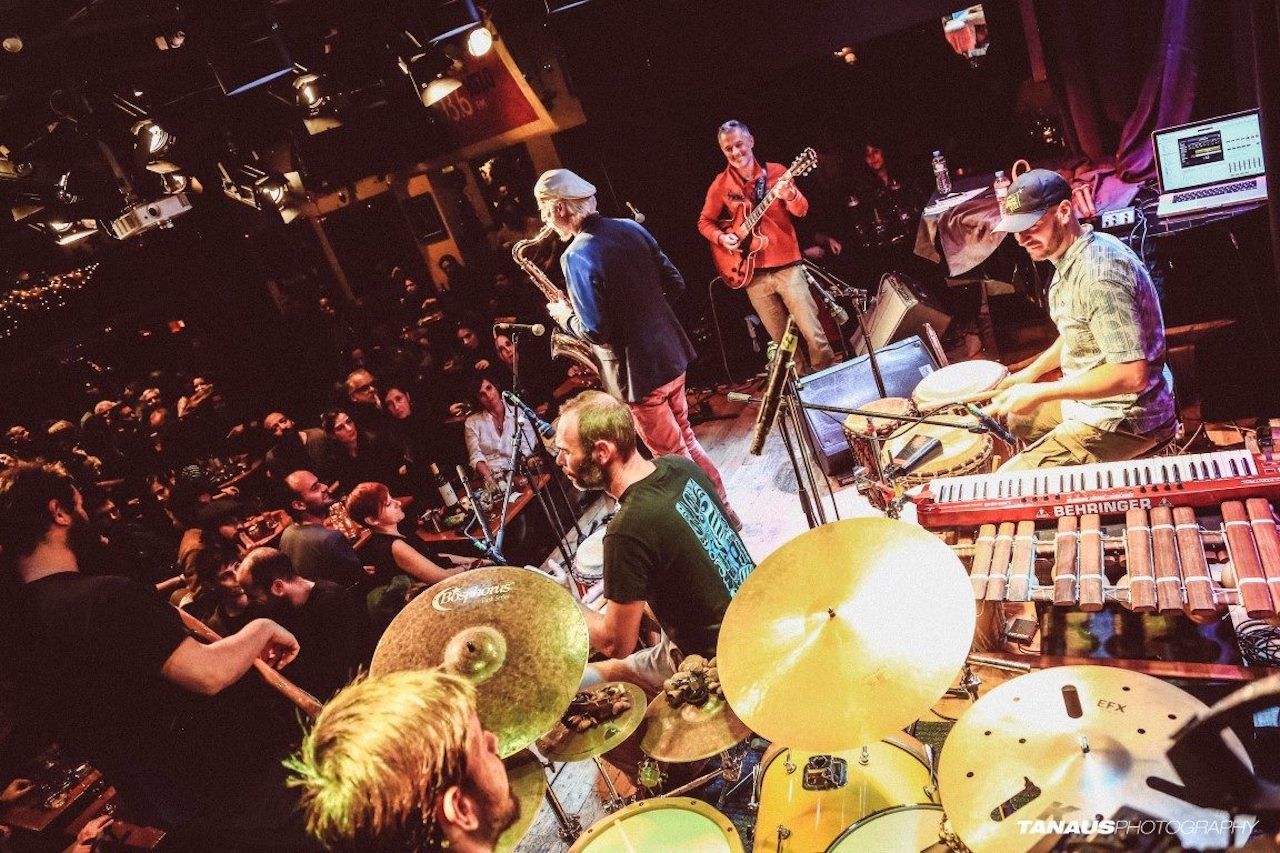 This is a classic bar in Athens with a musical history that dates back to the late 1970s. Every year from October to May, no less than 200 live music shows covering a wide range of genres take place at Half Note. From jazz, blues, and soul to funk and Latin, Half Note attracts local and global musicians. Saxophonist Dexter Gordon, Steve Lacy, and Boo Boo Davis have played in this warm and friendly bar, making it Athens’s reference point for jazz music. Buy your ticket in advance or book via the phone and be ready to jazz it all up. 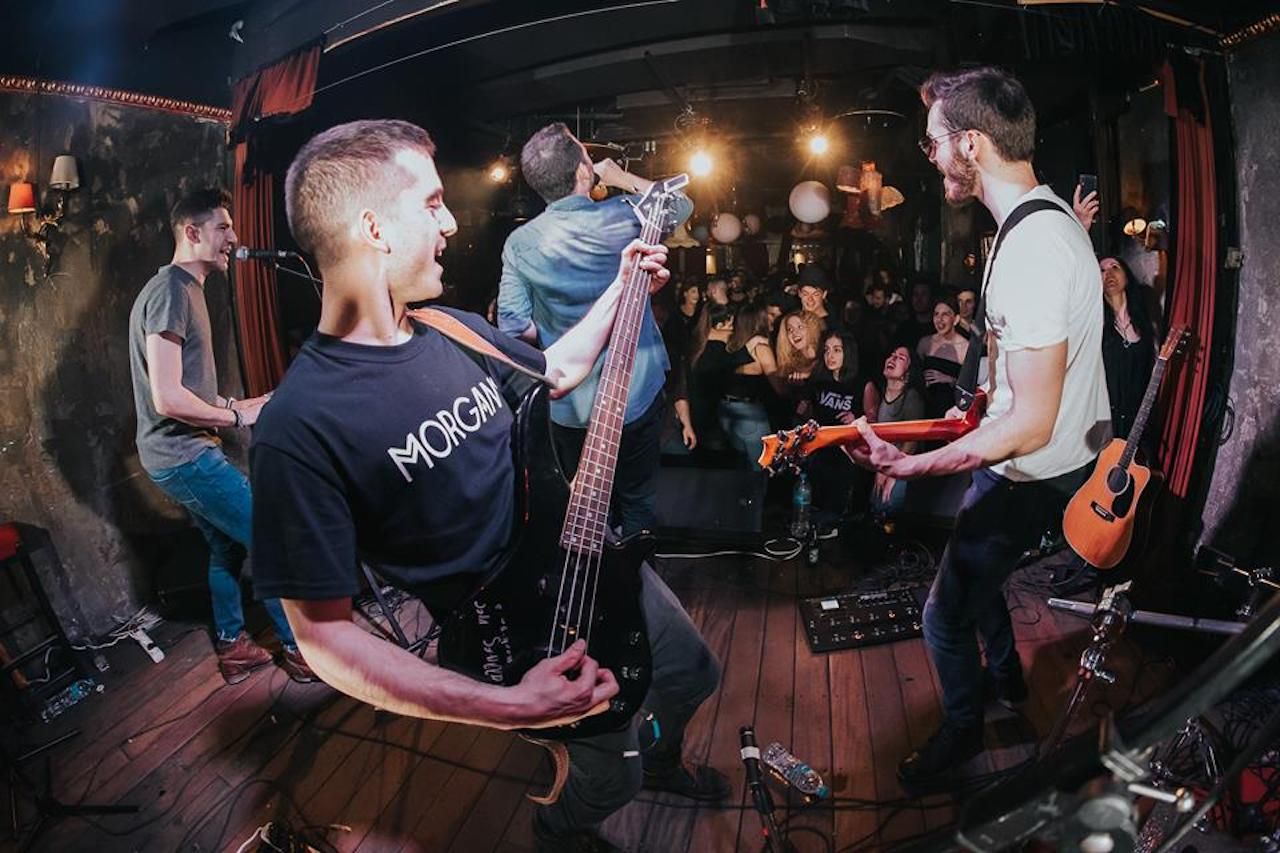 From the Latin word faustus, Faust is about being lucky and blessed. After spending a Saturday night out at Faust, this is precisely how you’ll feel, especially if you beat the crowds and found a spot to lean on the bar. Coming here means being instrumental in helping to unveil lesser-known Greek artists. On the ground floor of the three-story renovated mansion is the Baroque bar and a stage, and the top levels operate as theaters and exhibition halls. Events pause during the summer and resume in mid-September. The cover charge for live events is always reasonable.

Where: Kalamiotou 11 & Athinaidos 12, Athens (about ten minutes from Syntagma Square) 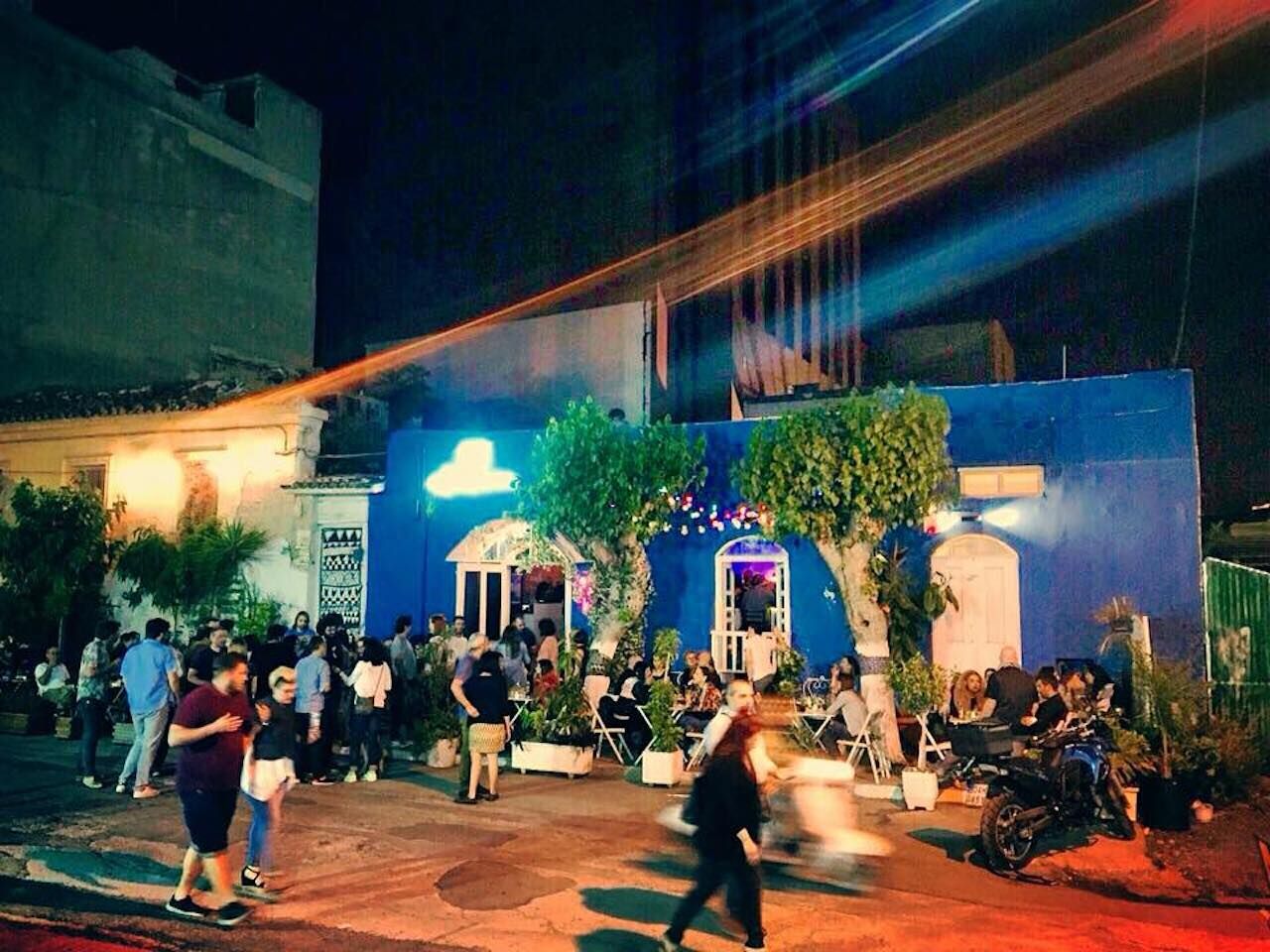 Afrikana goes to the core of African-American music. Jazz, Afrobeat, hiphop, soul, and funk rhythms set the tone for evenings in this small bar. There are jam sessions almost every night of the week, and on weekends, bands stir up the restored stone house. During live music events, there’s a small fee (about $5) added to the cost of your first drink. One peculiar thing about live music at Afrikana is that it has concert vibes, meaning that as soon as the show is over, people leave. 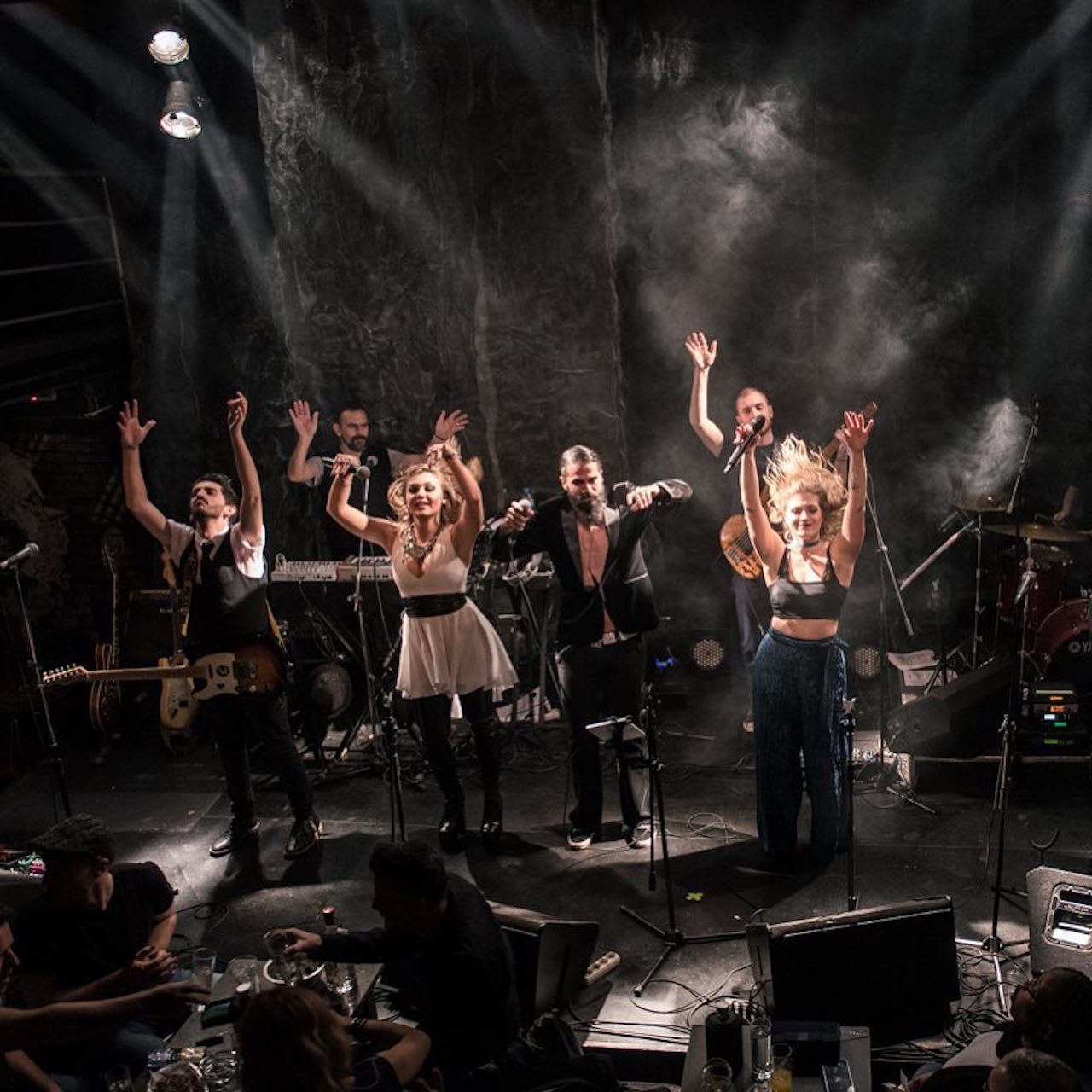 Stavros tou Notou, which means “southern cross” and is named for the cross-shaped star constellation in the southern sky, has been promoting rock music since 1995. In the bar’s early days, the renowned English band Uriah Heep performed on its stage, and the booming hasn’t stopped ever since. Even during the zenith of Greece’s economic crisis, Stavros tou Notou was a musical haven where Athenians could recoup together through music. To avoid confusion, bear in mind that Stavros tou Notou is made of three bars — the central stage, the club, and StN Plus — all very close to each other. 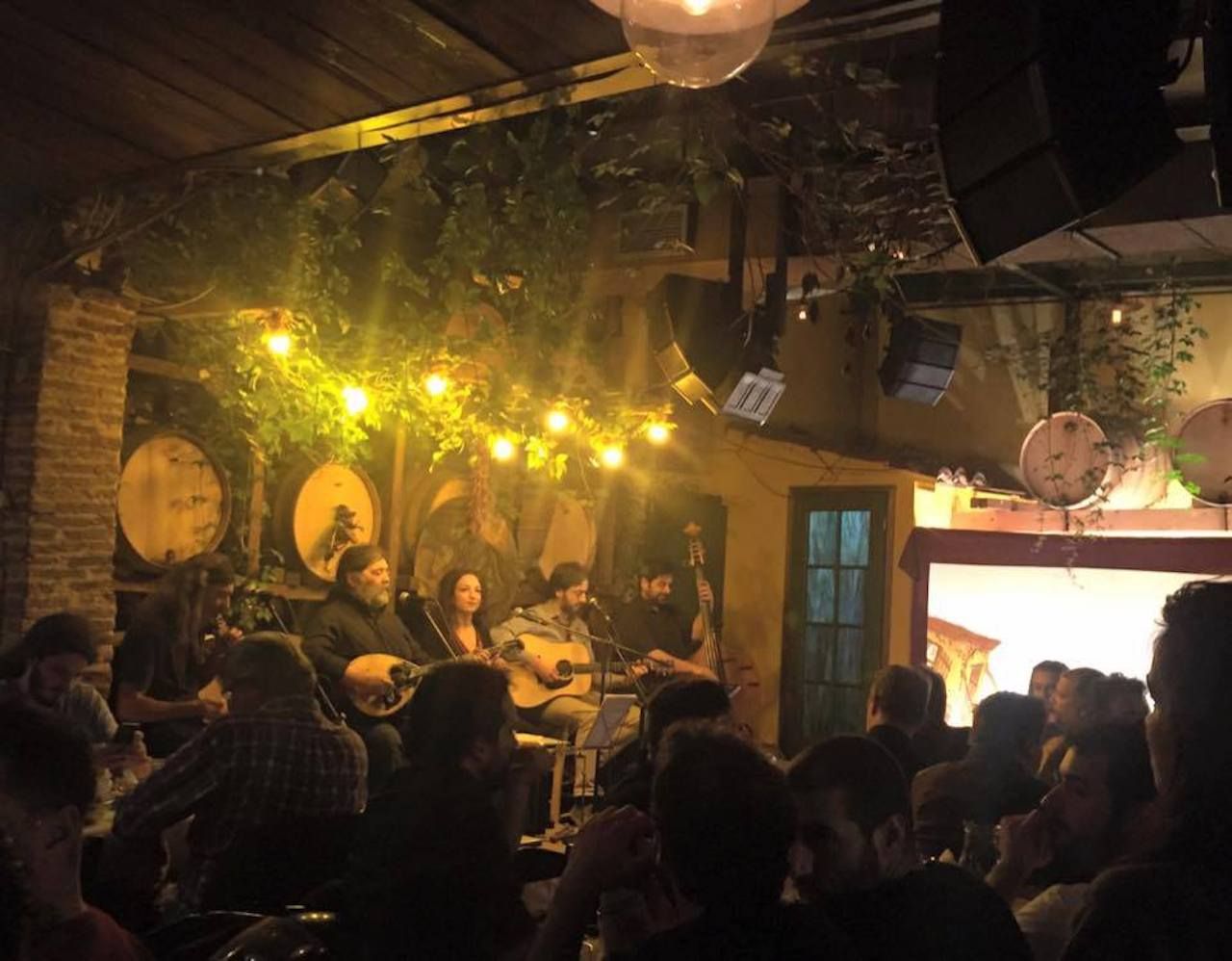 Between the 1890s and the 1950s, a music genre called rebetiko was blossoming in Greece. Today, it’s on the UNESCO list of Intangible Cultural Heritage. Rebetiko describes Greek urban songs associated with the struggles and resilience of the working class, and rebetadika like Klimataria are underground, humble, bar-restaurants hosting live performances.

Klimataria has been open since 1927 and is next to Athens’ first indoor theater. Before turning into a trademark of live rebetiko, it was a diner for the vendors of the Psyri and Athinas street markets. For almost 100 years, wine has been flowing in abundance from the oak barrels and homemade dishes have been coming out of the tiny kitchen. Give the spot a call to find out when the next live event is, and once there, ask for its freshly baked bread and savory pies. Note that walking around at night isn’t recommended in this area. Order a Beat (car service) instead.

The best islands you can day trip to from Athens

From Athens to the home of the gods: hiking Mount Olympus

The 10 best places for dessert in Athens, Greece

The ultimate LGBTQ guide to Athens