London is a capital city full of breweries, bars, and pubs of all sorts. But for local beer enthusiasts, micropubs are where to go to meet up with mates and blow off steam after a long week at work. Micropubs have a welcoming communal atmosphere but shun the extras like sports games, whiskey, and legroom, to name a few. Instead, the focus is on what really matters: beer and conversation. There’s no quicker way to get to know Londoners than by catching them post work at the neighborhood micropub.

To be classified as a micropub, a pub must not be controlled or owned by a brewery. It’s what’s known as a freehouse. Micropubs rose in popularity throughout the mid-2000s and generally have just one common room and a limited selection of libations — primarily cask ales. Cask ale, also called real ale, is still-fermenting beer that’s shipped to a bar in the cask it’s intended to be served in. The quality of the pour, therefore, relies on the bar owners who decide when it’s ready to be tapped and served to the public.

Originally, freehouses served as an alternative to noisy, overcrowded London bars. By 2013, however, it seemed apparent that this was not a passing bar trend. Interest in craft beer continued to increase, and drinkers needed places to try the growing number of beers available.

A tour through London’s micropubs is one of the best ways to see a different side of the city. You’re not only likely to engage in some interesting conversations, but those conversations are going to be focused on life in the city rather than popular tourist attractions or where to find the best fish and chips.

Here’s where to start.

1. The Owl and the Pussycat 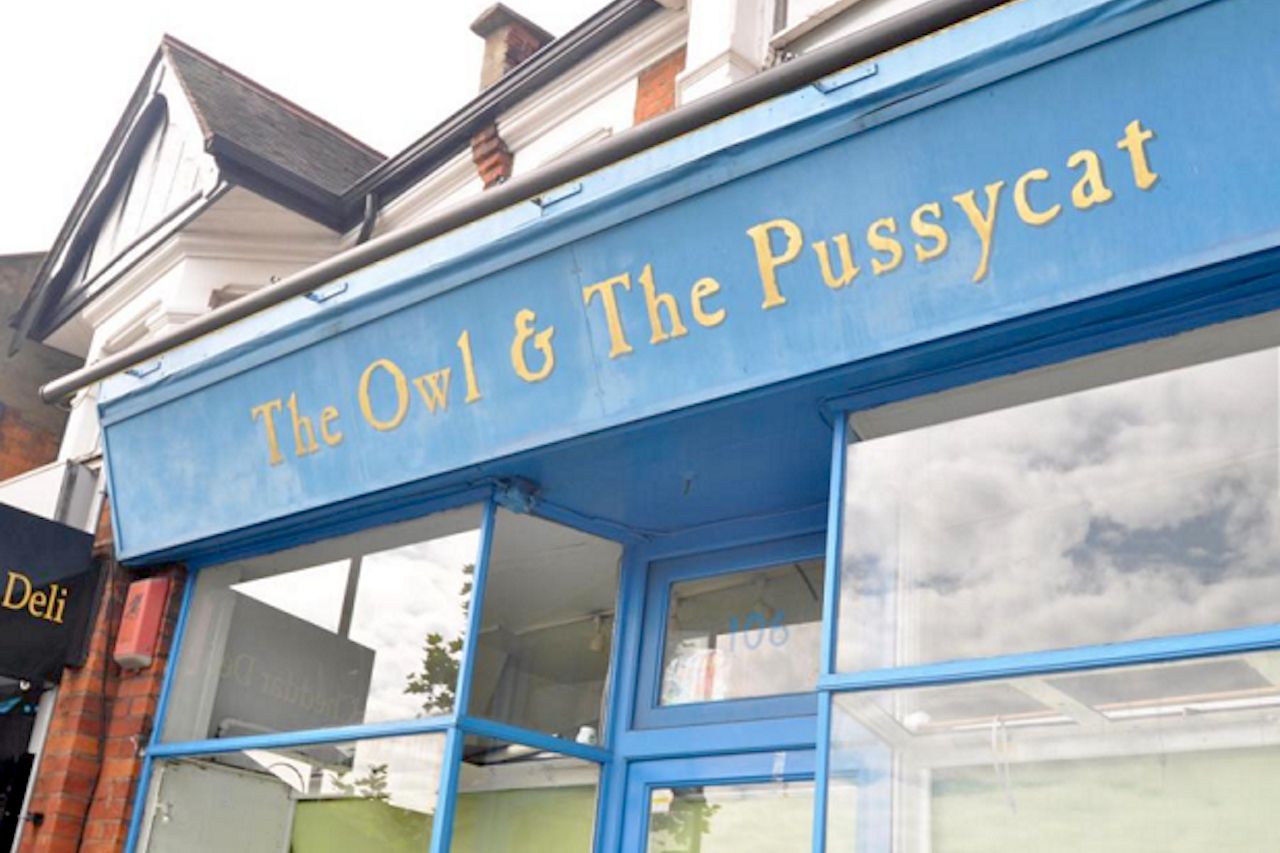 Photo: The Owl & The Pussycat/Facebook

In 2016, the Owl and the Pussycat became the first micropub in west London when it opened in the space that once held a bookshop. The owners also own and operate their own microbrewery, which makes this micropub an outlier. The original shelves that once held children’s stories are now home to board games and puzzle books. 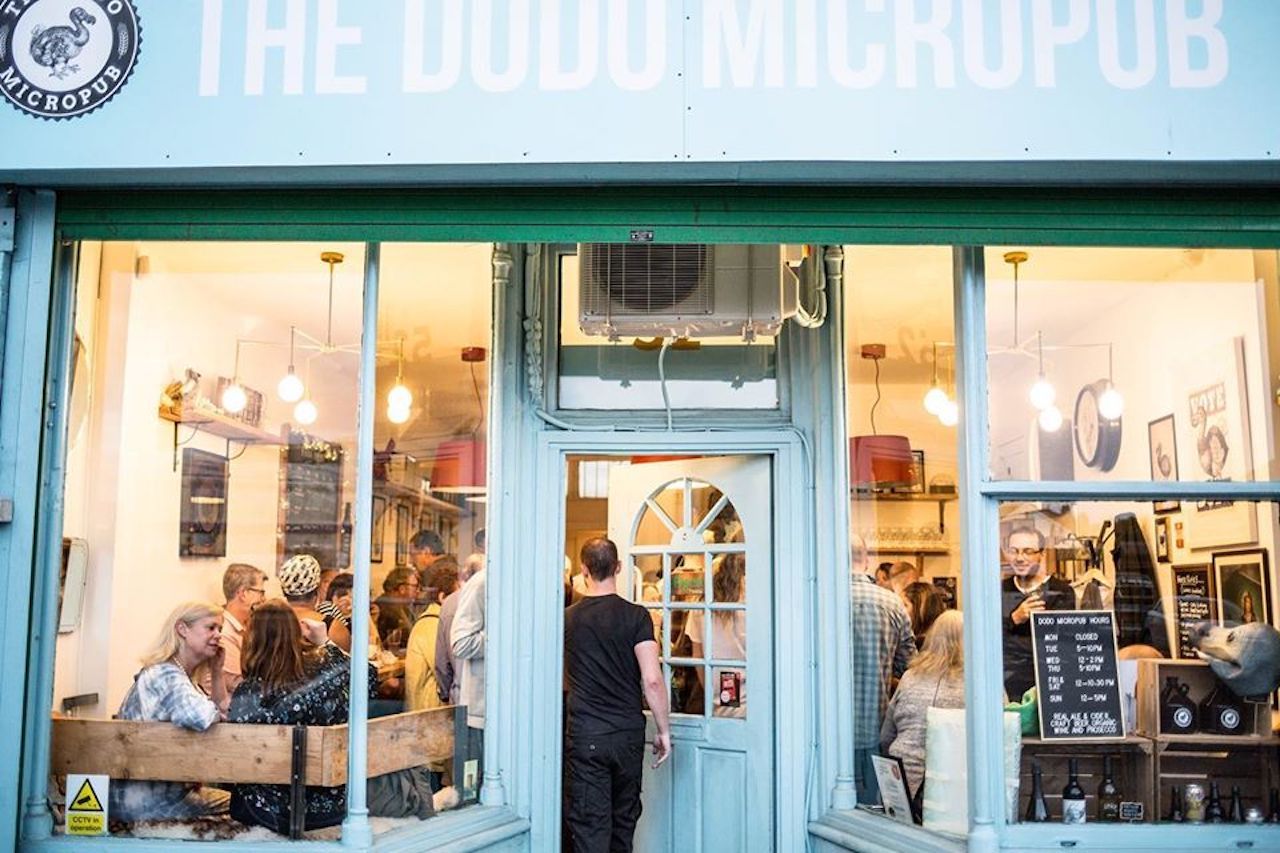 The Dodo is a tiny pub in far west London that has become an award-winning community staple. This Hanwell borough local haunt works in close partnership with Weird Beard Brewery but remains independently owned by a quintessentially cool London couple. It’s a one-room pub where you order and are served from your seat to save space as opposed to crowding at the bar. The space stays airy and light, thanks to its big windows, and the menu features real ale, craft beer, cider, and natural wine. The Dodo often throws game nights, hosts food pop-ups, and puts on beer tastings. It’s truly a place you’ll want to frequent if you’re lucky enough to live closeby. 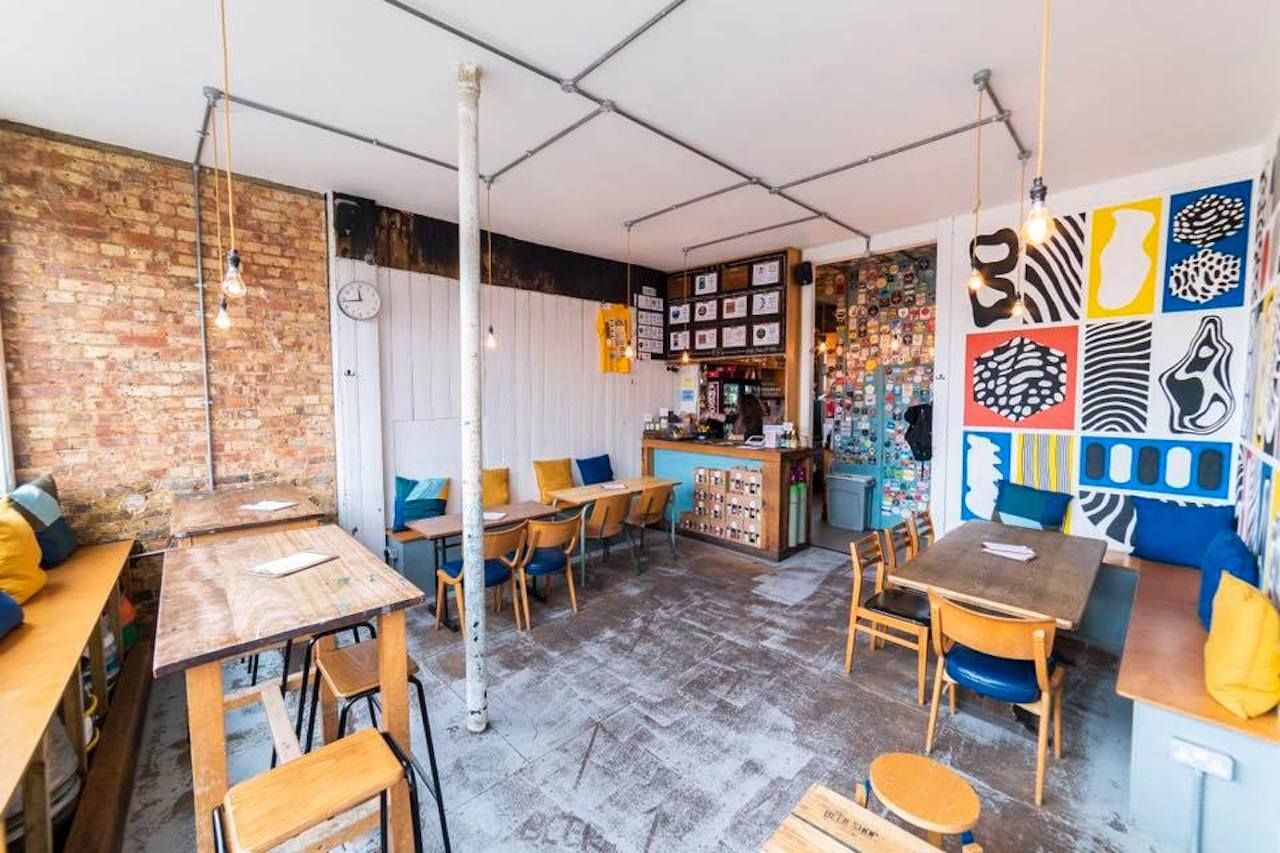 Located in the southeastern part of London, The Beer Shop was once a very typical corner shop before being turned into a quiet Nunhead neighborhood hangout. The pub prides itself on being a family-friendly establishment in the tradition of UK pub culture in general. There are even coloring books for children on the tables. This establishment is also the stomping grounds of a local running club, the Runheads, who frequent The Beer Shop post-run to, you know, refuel. 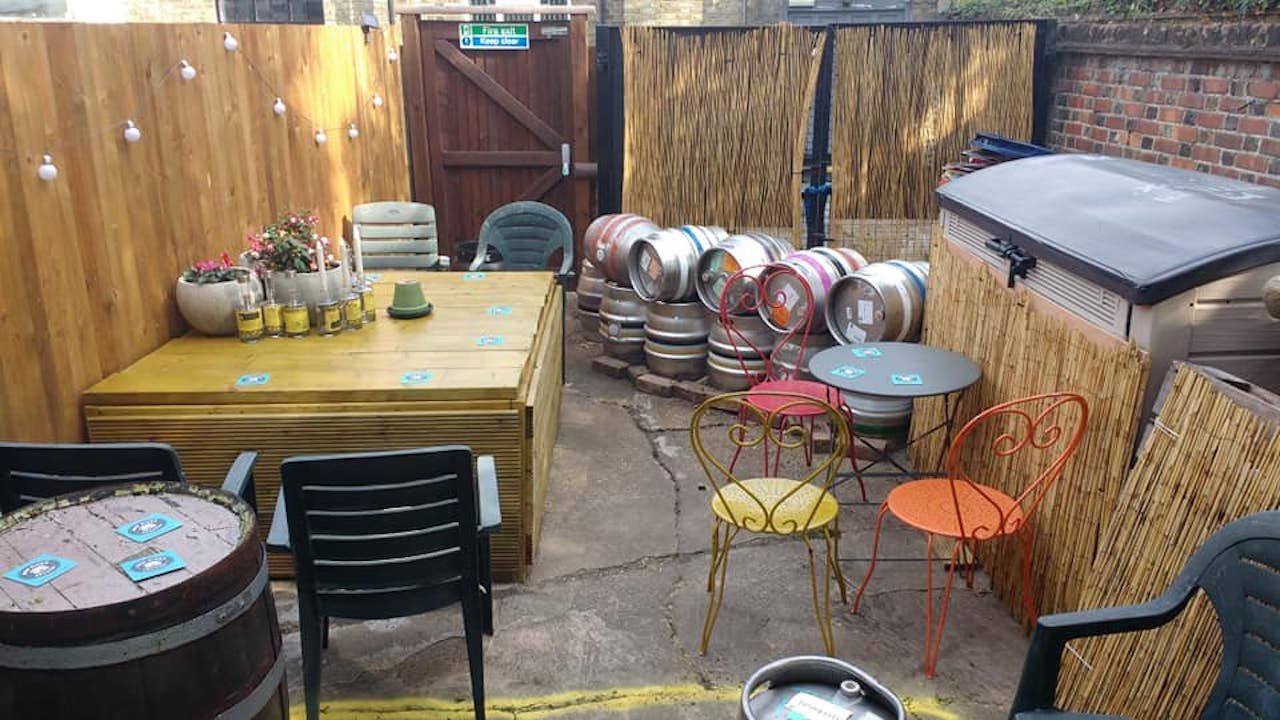 This micropub was named the London Pub of the Year in 2018 by the Campaign for Real Ale, which is an influential UK beer group. What makes the Little Green Dragon special is a small outdoor space that’s open when the weather is nice and the owner’s collection of old British bus memorabilia. The memorabilia has become something of a communal treasure chest. Locals who frequent the micropub started donating their own memorabilia and football fan paraphernalia to the Dragon’s “decor.” 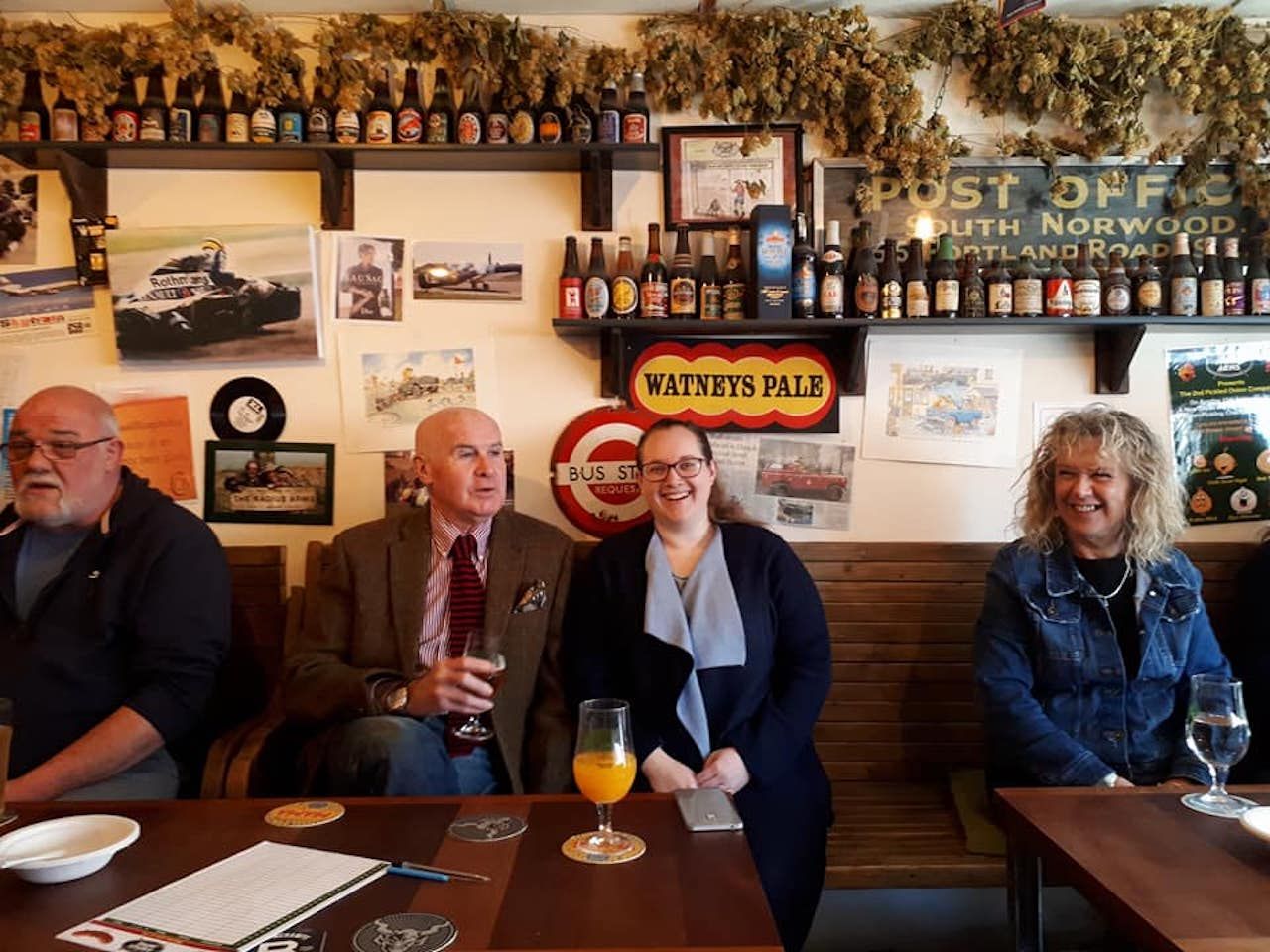 Despite being just outside London city limits, Radius Arms is worth the trip. The small pub is filled with collectible beer bottles, old books left by previous patrons, classic board games, and other lovable clutter. The entire space reads like a decorative ode to all things old school England, including nods to the owners’ love of aviation and motorsports. 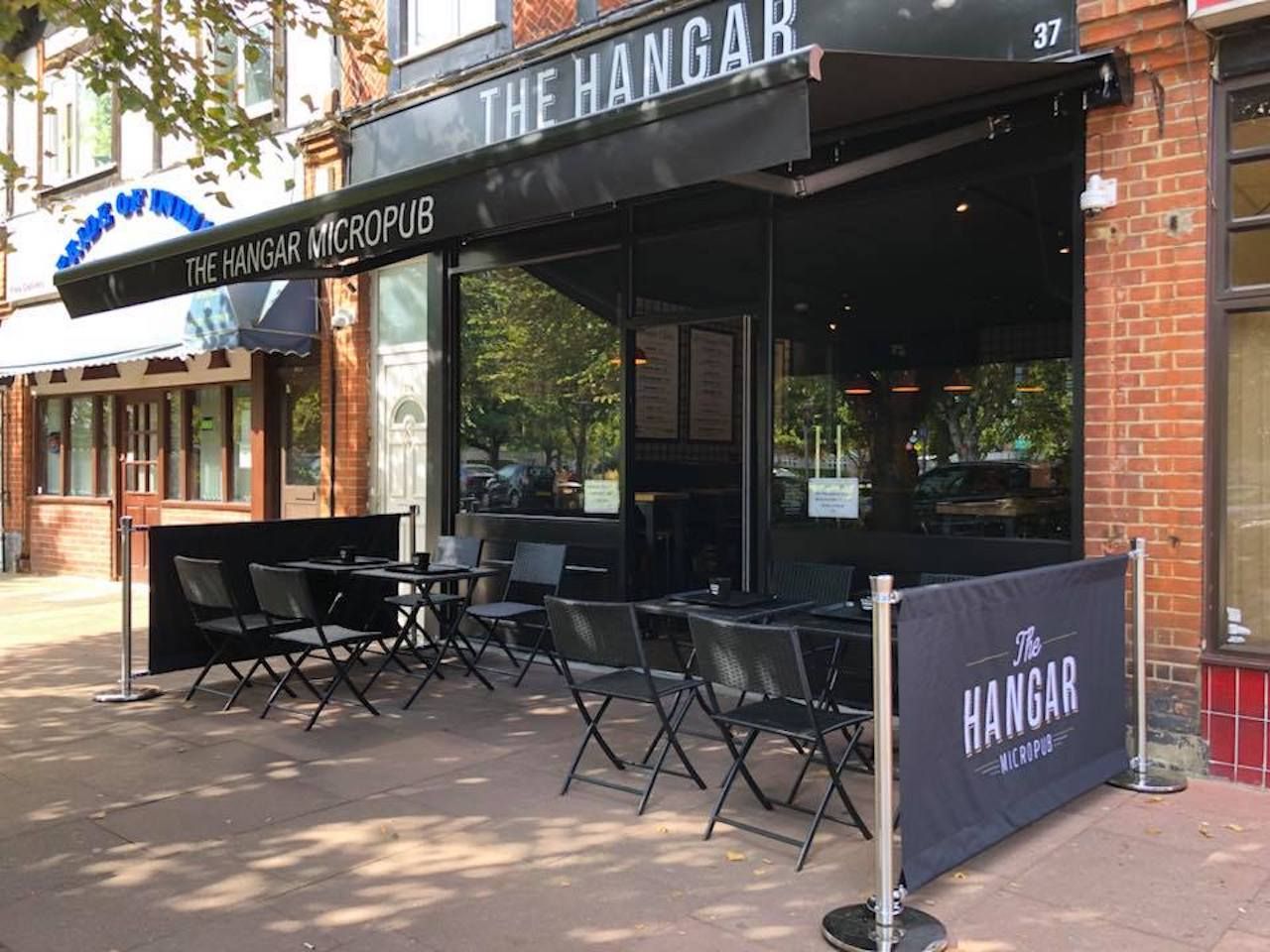 The Sidcup neighborhood of London is no stranger to micropubs. This corner of the capital has the most micropubs of any area in the city. The Hangar is one of Sidcup’s youngest tiny pubs, and it has already created a cult following. The Monday evening quizzes are a favorite outing for locals. Despite having so many neighboring businesses in the same industry, the wide selection of both beer and wine sets The Hangar apart.

The best bars in London you need to drink at right now
Tagged
Beer Restaurants + Bars Insider Guides London, England
What did you think of this story?
Meh
Good
Awesome