Far from the clichés of boring and dusty venues displaying nothing but classical paintings that induce lethargy within 20 minutes, today’s museums are fun, interactive, and inclusive. This coming year especially, museums from all over the world are making sure they attract visitors with renovated space, female-focused art, amazing architecture, and modern topics like the history of make-up. So, in 2020, spend less time on the couch watching series and more time walking the galleries of these nine museums — you won’t regret it. 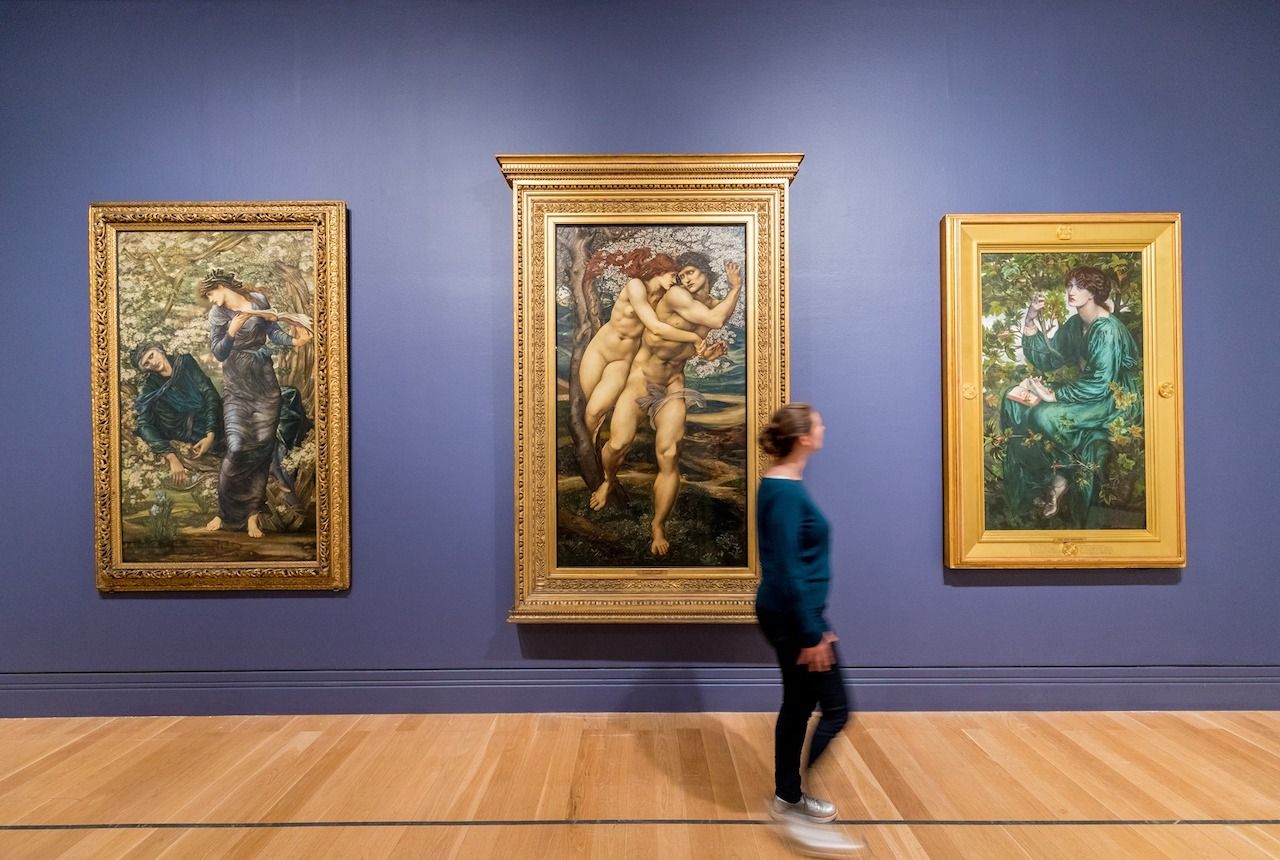 The National Portrait Gallery in London’s Trafalgar Square will be closing for three years — from June 29, 2020, until spring 2023 — to allow for extensive renovations. The redevelopment will cost 35.5 million British pounds and involve an overhaul of the entire building. While there are plans to send 300 portraits around the UK on loan to other museums during the closure, there’s only six months left to view hundreds of thousands of treasures, including the primary collection that’s comprised of some 11,000 paintings, sculptures, drawings, photos, and prints. Notable works include “Venus and Mars” by Sandro Boticelli, “The Madonna of the Pinks” by Raphael, and “The Entombment” by Michelangelo. 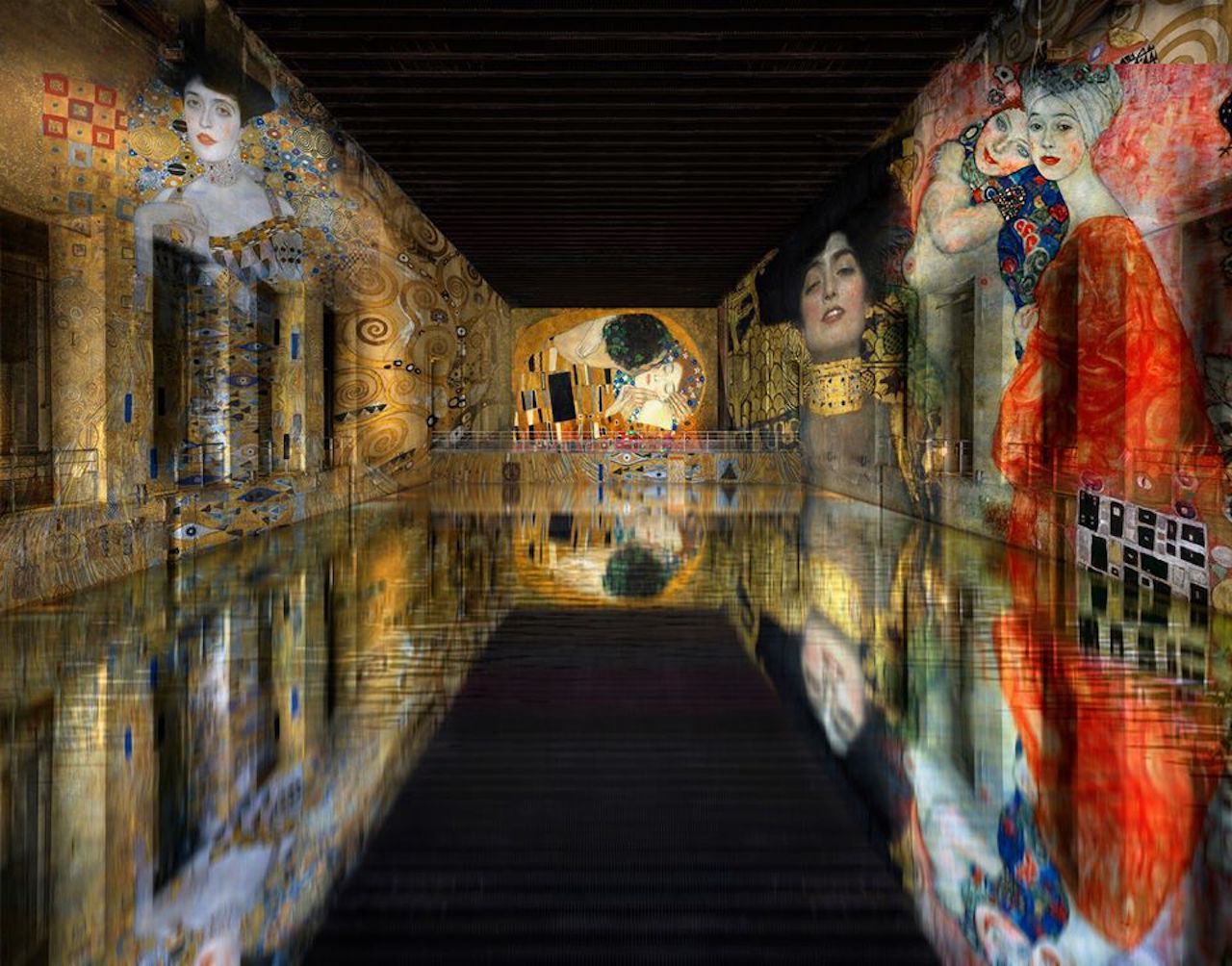 Digital art has been taking the world by storm, from New York City to Japan, and France is not letting itself be beat. In fact, it’s even one-upping its competitors by not only being home to the world’s largest digital art center but also by being the first to use an unusual space to house such a facility. Located in a former World War II submarine base in Bordeaux, Les Bassins de Lumières (The Ponds of Light) will open on April 17, 2020, and contain an immersive display of Gustav Klimt and Paul Klee’s artwork that’ll be projected onto various interiors in the base. Six areas make up the center, totaling about 156,000 square feet: Le Cube, La Citerne, Les Grands Nénuphars, a museum space, educational area, and a mezzanine floor with a stage and seating area. 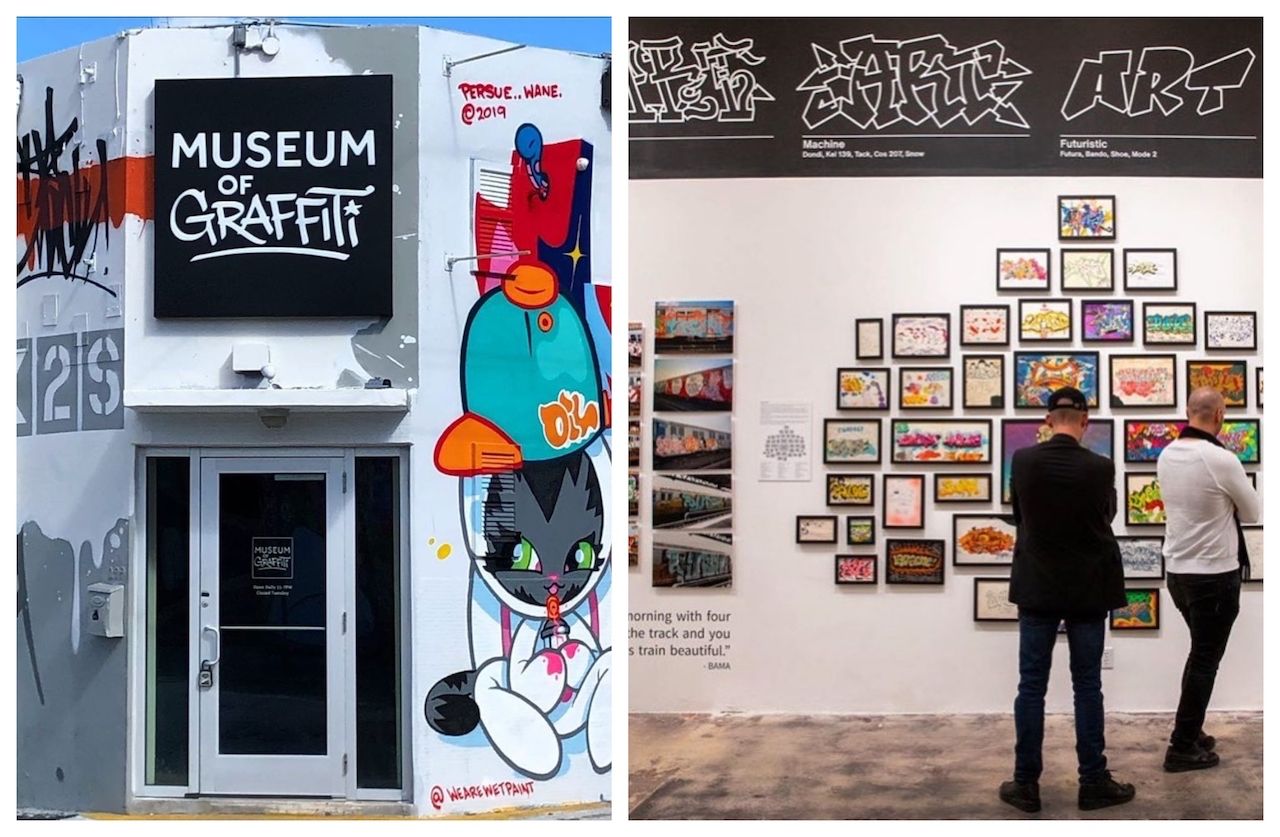 Miami’s known for a great many things, from food to architecture to nightlife. It’s also famous for its street art found in its Wynwood neighborhood, which, up until recently, served mostly as an unorganized outdoor museum of sorts for the art form, with the exception of a few galleries. This month in Wynwood saw the opening of the first official museum dedicated to it. The Museum of Graffiti, with an indoor exhibit space, 11 exterior murals, fine-art gallery, and gift shop, follows the history of graffiti and tracks style changes along the way. The first exhibition is “Style Masters: The Birth of The Graffiti Art Movement” and centers on what is many people’s, both artists and art appreciators alike, first exposure to the art form — graffiti letters. 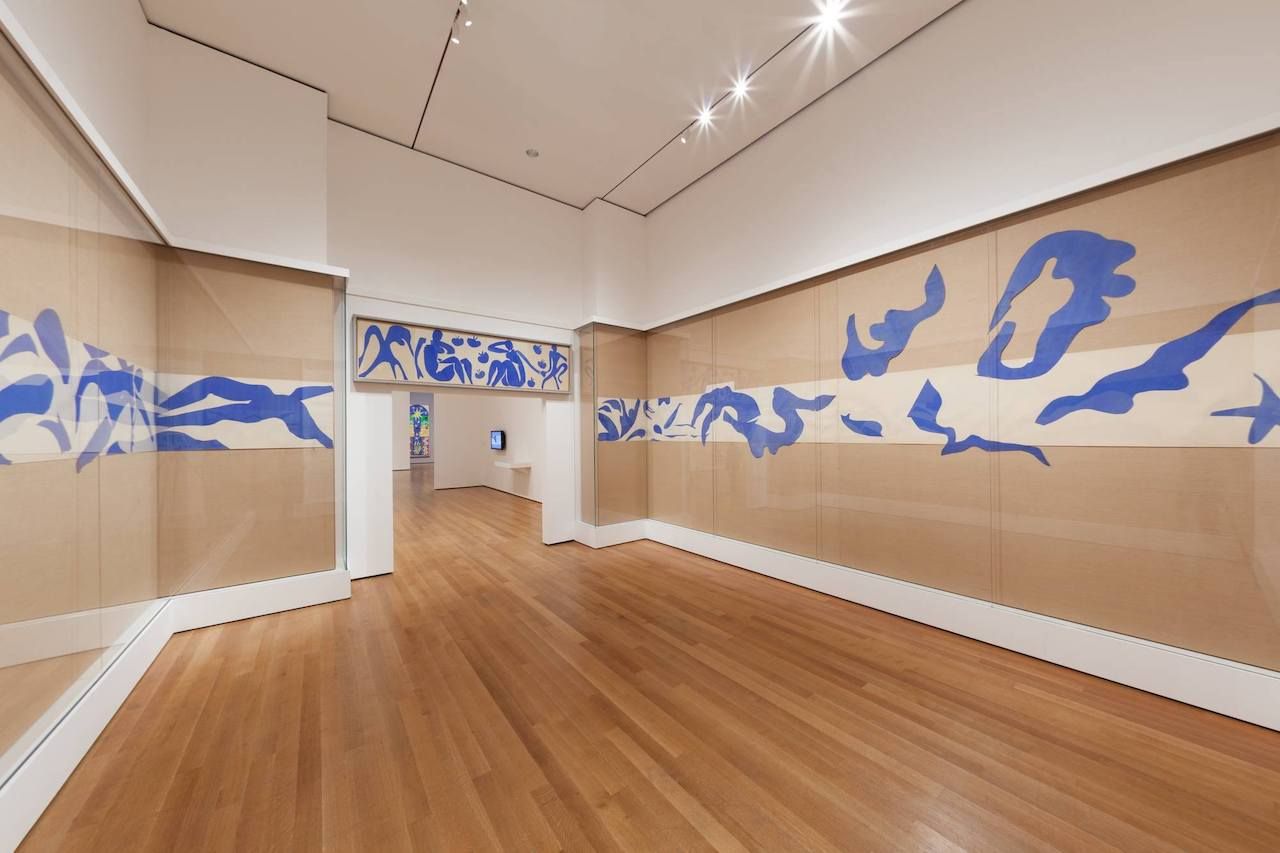 New York City’s Museum of Modern Art (MoMA) has been undergoing renovations for three years and closed down this past summer for five months to complete the $450-million project. It reopened its doors in October with an extra 47,000 square feet of space that’s worth exploring in the new year. The museum’s collection holds almost 200,000 pieces, and with the new space and plans to rotate gallery themes on a regular basis, visitors will see much more than ever before. The new exhibitions will include “Sur moderno: Journeys of Abstraction — The Patricia Phelps de Cisneros Gift,” with South-American abstract and concrete art; “member: Pope.L, 1978–2001,” with work from Pope.L; “The Legends of Black Girl’s Window,” with printmaking by Betye Saar; and “Handles,” with multimedia installations by Haegue Yang. The MoMA also debuted its new People’s Studio, which will hold workshops and discussions to allow visitors to engage with art in new ways. 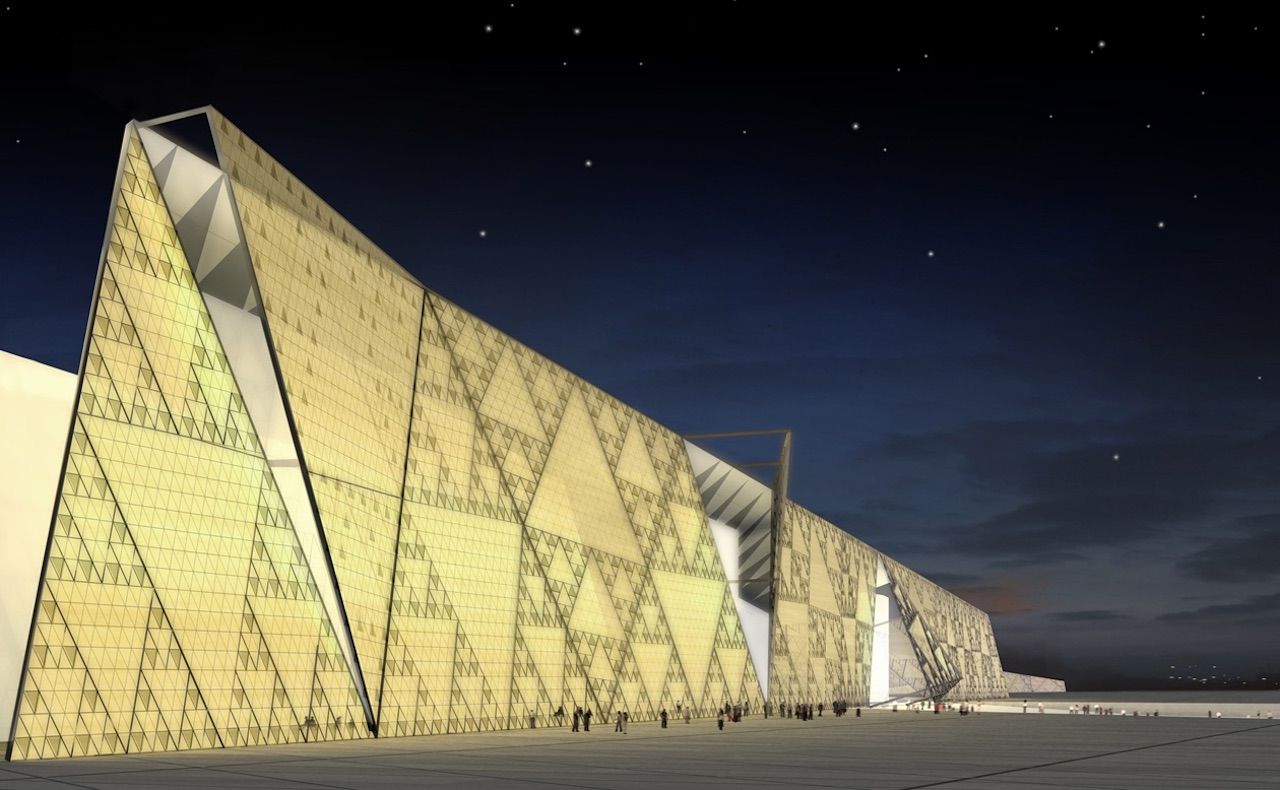 The brand-new Grand Egyptian Museum (GEM) in Cairo is worthy of its name — at 5.2 million square feet, it’ll be the largest museum in the world dedicated to a single civilization and contain around 100,000 artifacts. The $100-billion project has long been delayed, continually pushed back due to political and economical strife, but everything seems ready for the new set date of 2020, though there are no other specifics as the government works to confirm all the details for the inauguration ceremony.

Upon arrival, visitors will be greeted by a grand statue of Ramses II, 39 feet tall and weighing 83 tons, at the museum’s entrance, and then see a grand staircase flanked by over 80 artifacts. Additionally, the GEM will have the complete collection of all known items related to King Tutankhamun; the Egyptian Museum in Cairo currently holds just a fraction of those artifacts but will release them to the GEM before its opening. The approximately 5,000 artifacts will be displayed in a similar manner as when they were discovered in the pharaoh’s tomb at Luxor Temple back in 1922. 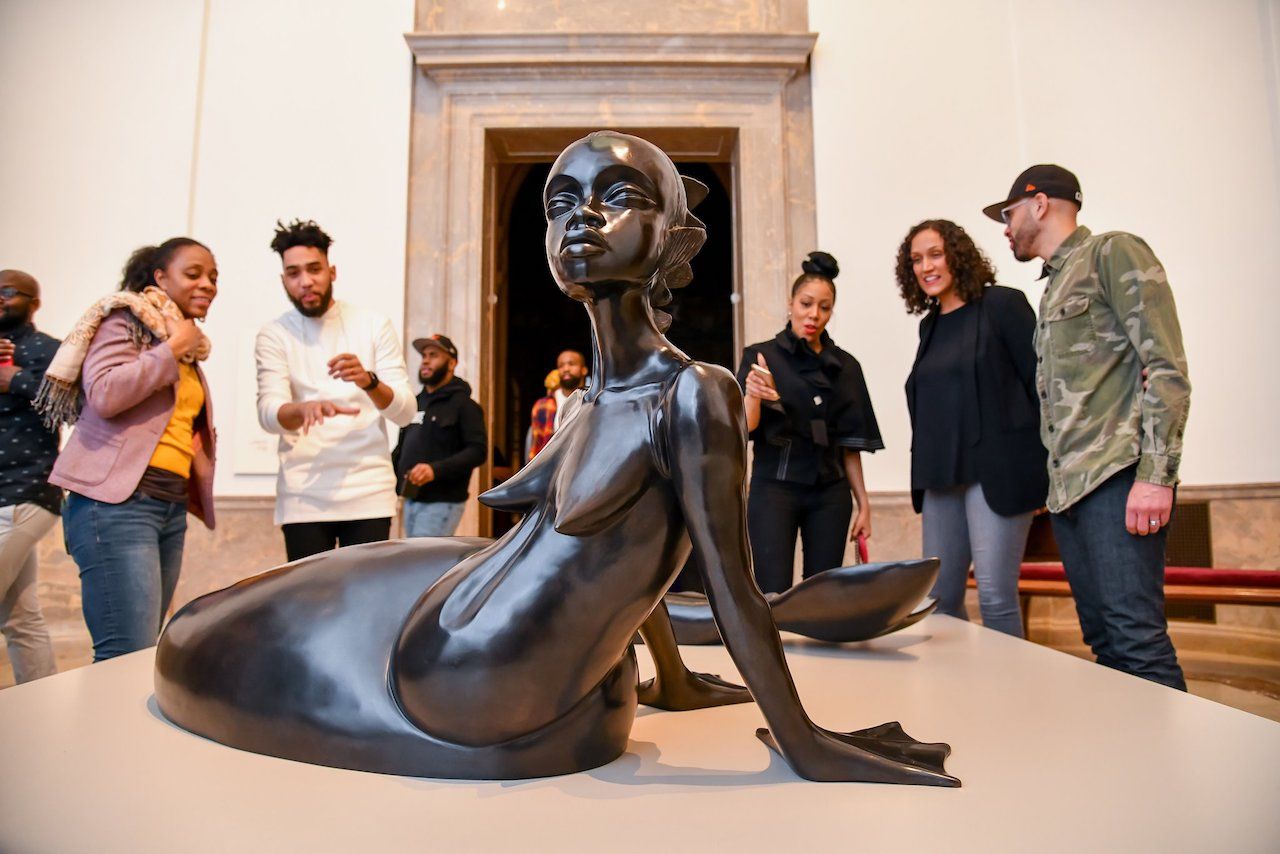 Photo: The Baltimore Museum of Art/Facebook

The coming year marks the 100th anniversary of the 19th Amendment, which granted women in the United States the right to vote. To celebrate the anniversary, as well as address the race and gender inequality in the museum sphere, the Baltimore Museum of Art (BMA) has unveiled its “2020 Vision” plan, which states that the museum will dedicate all of its 2020 programming to female-identifying artists. Of the 95,000 pieces in its collection, only 3,800 are from women, but soon there will be 15 solo exhibitions and seven thematic shows dedicated to women in art.

The initiative was put into place in the fall of 2019, but the BMA will ramp things up as the new year begins, with exhibitions dedicated to artists like Candice Beritz, whose videos focus on socio-political and economic issues, and Joan Mitchell, who focuses on abstract art and printmaking. Next summer the museum plans to pay homage to Native Americans by showcasing beadwork by 19th-century Lakota women, who incorporated the American flag into their designs in an attempt to subvert the system.

Also notable is the “Women Behaving Badly: 400 Years of Power & Protest” exhibit, which, as the working title suggests, will show about 80 depictions of women in power and protest, rebelling against the traditional roles expected of them. 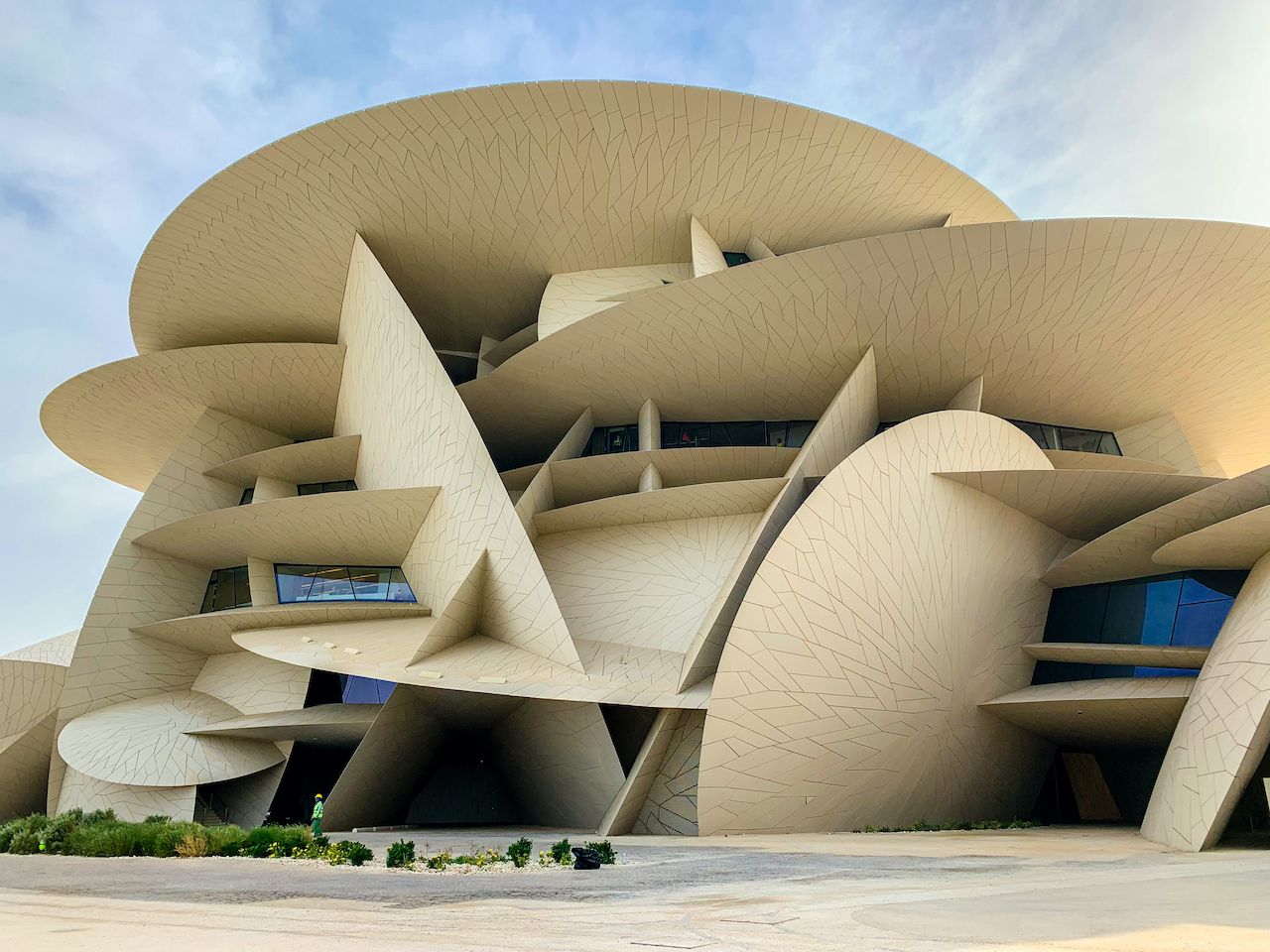 While the National Museum of Qatar opened back in March 2019, it definitely deserves attention in 2020. An architectural masterpiece, it was designed by Jean Nouvel, who was inspired by the desert rose, a crystal group commonly found in desert regions. The museum contains a 220-seat auditorium, a research center, laboratories, a rooftop restaurant, and even a landscaped park filled with Qatar’s indigenous plants. Dedicated to Qatari history, the 570,000-square-foot museum is divided into three “chapters” that are spread out among 11 galleries: “Beginnings,” “Life in Qatar,” and “The Modern History of Qatar.” 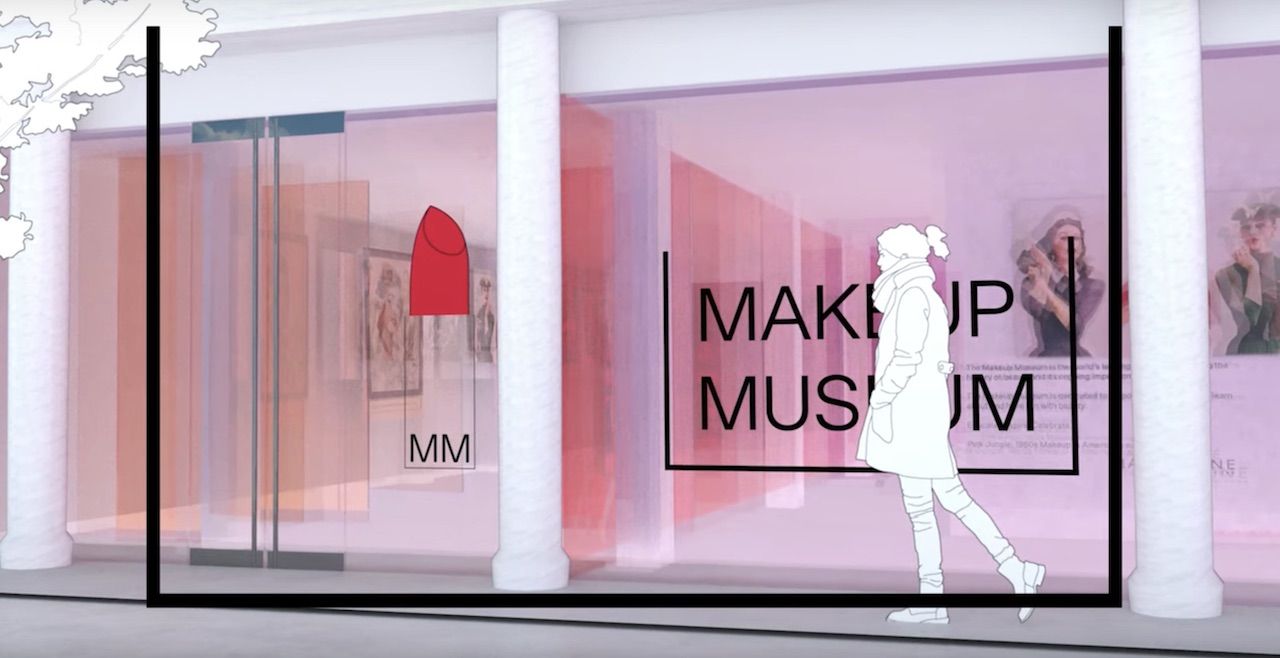 The world’s first museum dedicated to makeup will be opening in New York City in May 2020 and will focus on the history of makeup and its impact on society. Its first exhibit will be “Pink Jungle: 1950s Makeup America,” which will examine the ‘50s makeup trends and icons, like Marilyn Monroe and Greta Garbo, as the decade is seen as the birth of the modern makeup industry. In addition to exhibits, there will also be events and immersive programming where visitors will get to play with makeup, as well as never-before-seen beauty artifacts.

France’s museums have started to take their business outside the country, with new branches of renowned museums expanding to places like the Louvre Abu Dhabi in the United Arab Emirates. The Pompidou Center already has a branch in Malaga, Spain, and recently unveiled a new one in Shanghai, China, this past November. The museum, called “Centre Pompidou x West Bund Museum Project,” is located in the Xuhui Waterfront district and is part of efforts to turn the neighborhood into a cultural hub. The 27,000-square-foot space is comprised of three galleries that will host various exhibitions from the main Pompidou Center in Paris, a contractual partnership that will last five years and can either be extended or terminated.

One of the exhibitions, titled “The Shape of Time,” showcases 100 works from 20th-century artists like Pablo Picasso, Jackson Pollock, Zhang Huan, Zao Wou-Ki, and Cristina Iglesias. But it isn’t all about the more well-known folks, as the museum’s Gallery O displays original work from up-and-coming artists, and The Box area is dedicated to multimedia installations. There are also spaces for educational workshops, conferences, screenings, and performances.

MuseumsHow to crush the British Museum in one day
Tagged
Art + Architecture Museums Trip Planning
What did you think of this story?
Meh
Good
Awesome

Everywhere you can see the Frida Kahlo immersive exhibit in 2022