March 14 is Pi Day. In the numerical format that Americans list dates where the month is first followed by the day, it’s 3/14, or 3.14, which are the first three numbers in pi. For people not currently taking a high school math class or in a math-oriented career, that’s about the extent of common knowledge about pi. Pie, on the other hand, is something we can celebrate on Pi Day as well as every other day. That extra “e” turns a conversation about a math equation into a conversation about a delicious dessert (or breakfast or lunch). Pie on Pi Day is only right. Just ask the Pie Queen of Bowling Green.

The Pie Queen’s given name is Brie Golliher. She and her husband, Brad, are the owners of Boyce General Store in Boyce, Kentucky, which is about a 20 minute drive through farmland from Bowling Green. Golliher grew up in Boyce and graduated from nearby Western Kentucky University with a photojournalism degree, and started baking after her second son, Bryce, was born. In 2012, she turned baking into her profession when she purchased the Boyce General Store. 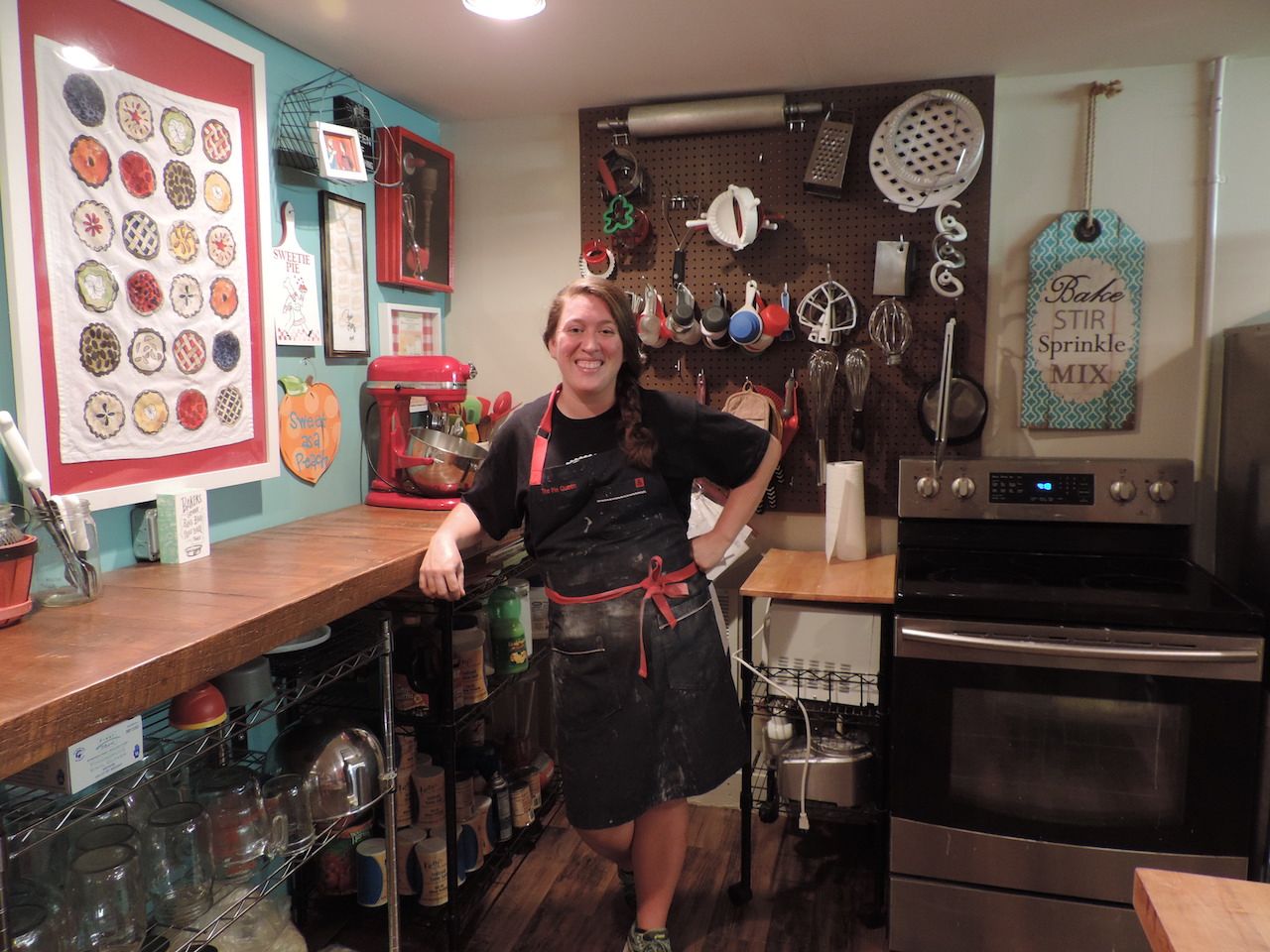 Photo: The Pie Queen of BG

“I started making pies there because they were a quick thing I could do that made everyone think of their grandma, which is like my biggest compliment, and pies went perfect with the little country store,” Golliher said.

“Little country store” is the perfect description for the Boyce General Store. It’s the only building on an otherwise empty intersection, and was constructed in 1869. An American flag flies from the front porch and an old RC Cola sign hangs on a pole by the ice cooler. Inside looks like somewhere the guys from American Pickers would travel to while looking for Americana items, only the Boyce General Store is way more aesthetically laid out. 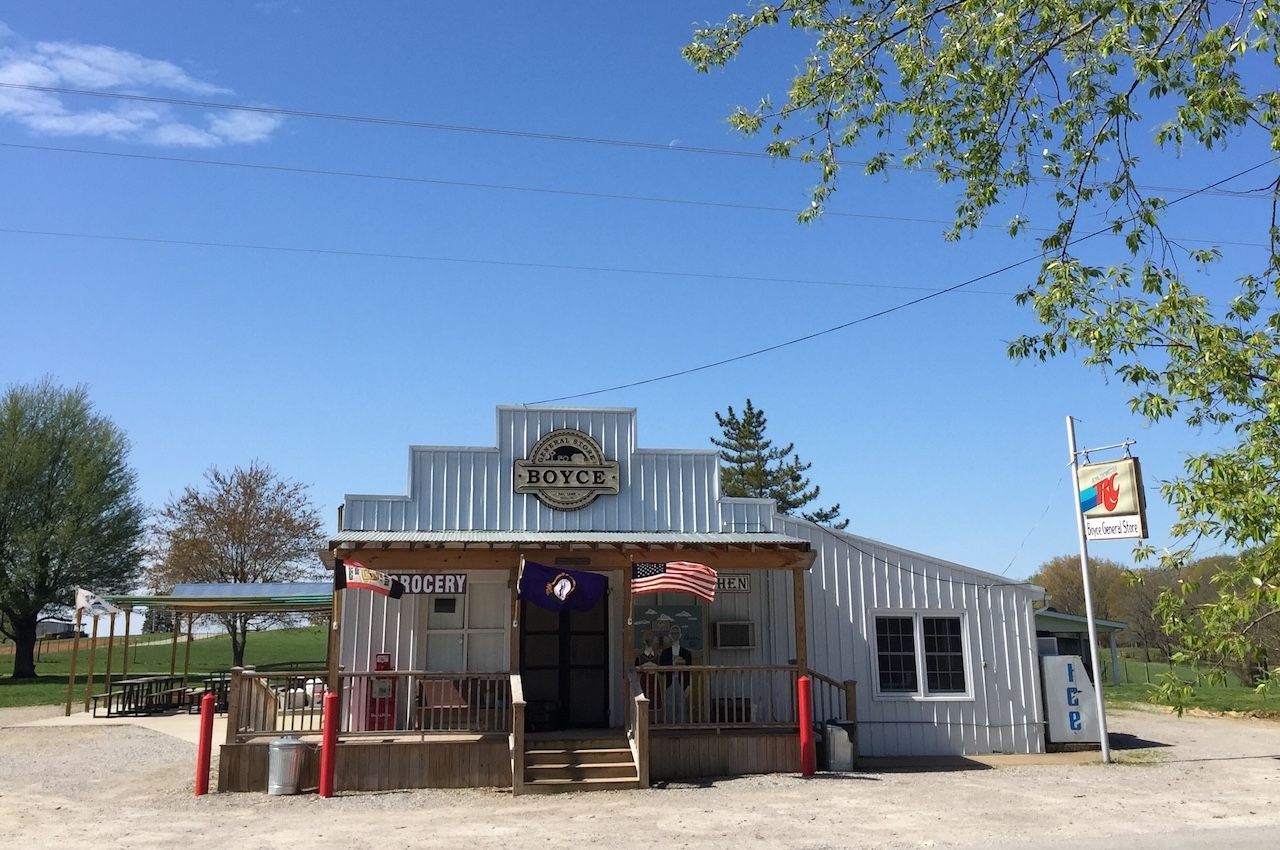 Boyce General Store is a community gathering spot for breakfast, lunch, and dinner. Scan the items on the wall long enough, however, and you’ll find a world map that tells a bigger story about travel and pie. Visitors passing through can put a pin in the map of their hometown. Pins are stuck in every state and a number of countries.

It’s hard to deny the power of pie while looking at that map (especially when eating a slice). Pie is so linked to American culture that it’s the measuring point for how American something is. No one says “as American as burgers” or “as American as casserole” for a reason. Seeing America through pie like what all the visitors to Boyce General Store have done is an insightful and delicious inspiration for travel.

Golliher has traveled the world and where to eat dessert is always her first Google search. Her first tip when planning a pie-cation is to, for the most part, ignore reviews (they’re either gushing or horrid). Instead, check out Instagram feeds, and if there’s a place with a limited menu that says something along the lines of “menu depends on my mood today,” go there.

To get you started, here are five places to add to your pie travels, after you’ve visited the Pie Queen herself, of course. Like Boyce General Store, some of these places ship pies, but the best way to taste the United States of Pie is by digging a fork into a fresh-baked pie in person.

The best places to travel to for pie 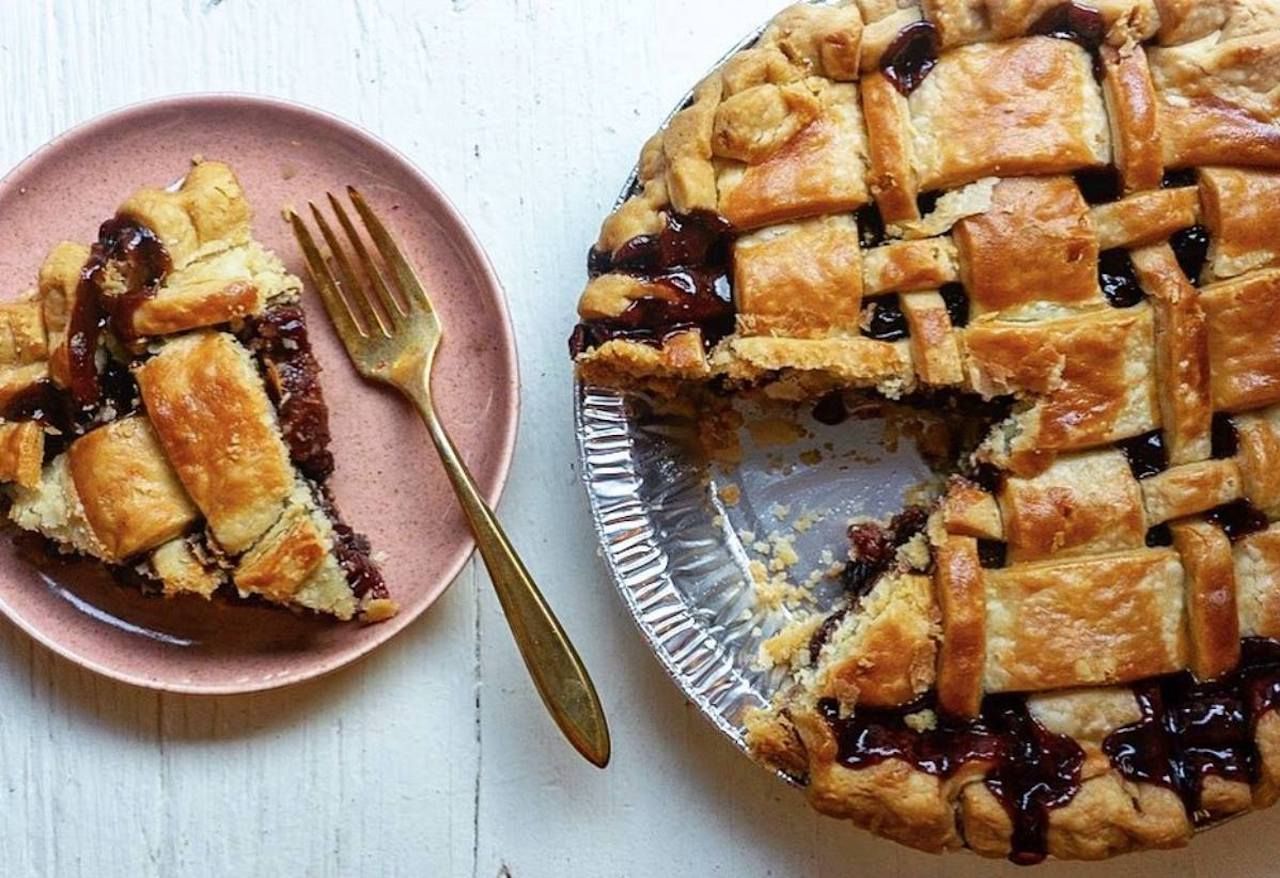 Petee’s Pie Co. in New York City: Petee’s is all about making pie with local, seasonal produce and as much New York state ingredients as possible. The motto here is, “We make damn fine pie for damn fine people.” Because of ingredient sourcing, what you get depends on when you go. There’s generally, however, a selection of fruit pies, chess pies, nut pies, and icebox pies.

Bake in the Day Bakery in Savannah, Georgia: Golliher lists Cheryl Day as one of her major influences, and the Savannah bakery has earned recognition from the James Beard Foundation. You can find all sorts of breakfast and lunch foods here, but don’t leave without a pie. The seasonal rotation includes classics like apple along with pies like chocolate espresso chess pie and roasted sweet potato lattice.

CaityPies in Nashville: CaityPies started in 2017 and is focused on making handmade pies with real ingredients and without the diet shaming. While the business is happy to modify ingredients to accommodate food allergies, it states clearly that it can’t bake a sweet pie without sugar or a pie without fat. Real pies for real people is something every pie lover can appreciate. 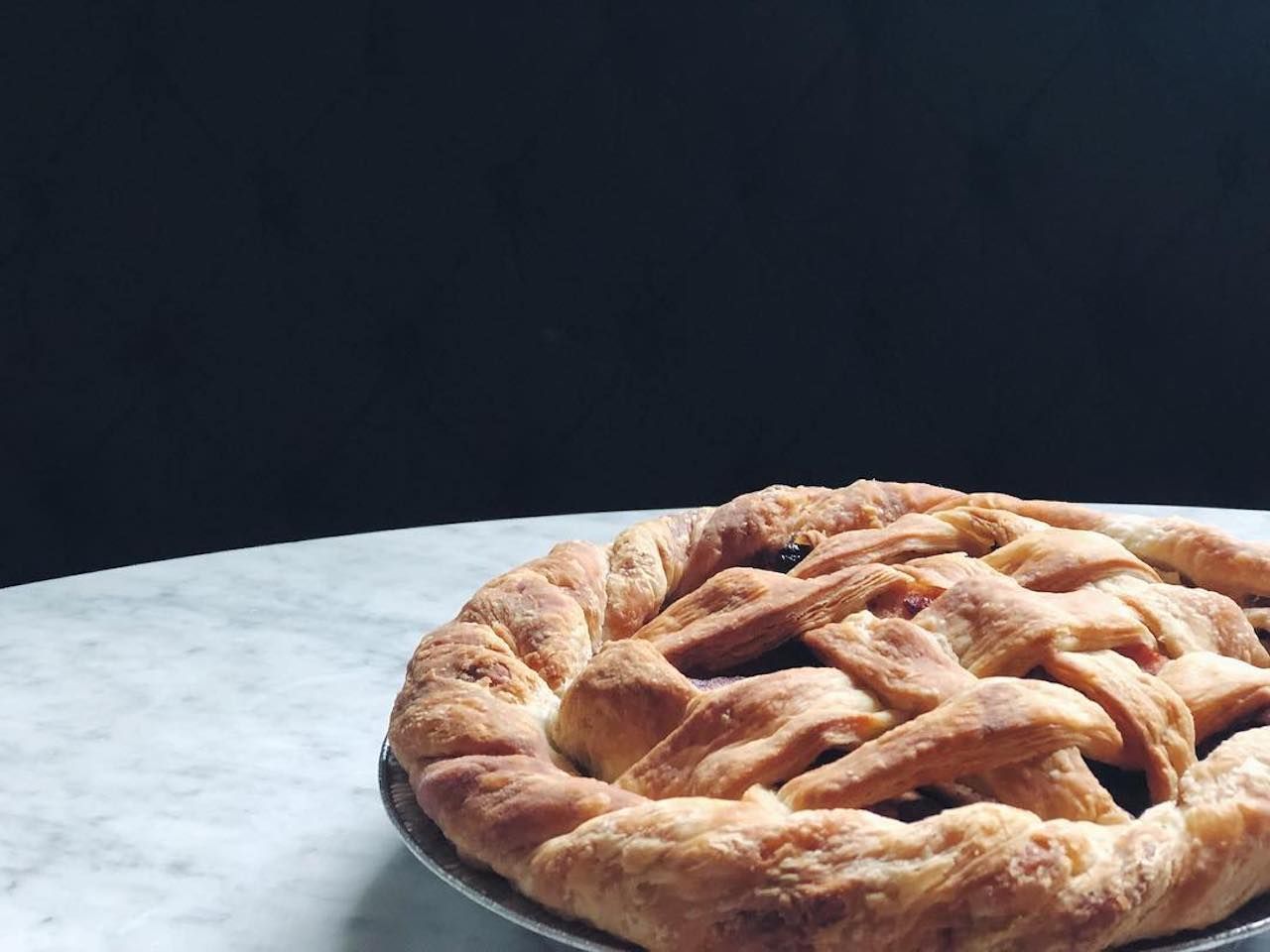 Photo: The Long I Pie Shop/Facebook

Long I Pie in Denver: Here, pie is an edible art. Long I Pie makes its goods in cast-iron skillets for a buttery and flakey crust. Along with seasonal pies, year-round options include the Drunken Nut (bourbon-chocolate-pecan pie), Caprese Pie (mozzarella, roma tomato, and pesto), and Julia’s PBJ Pie (nut butter, jam, and whipped cream).

The Pie Hole in Los Angeles: From 11 locations throughout the LA area, the Pie Hole serves sweet and savory pies alongside specialty coffee. Each of the locations is somewhere you can duck into and enjoy a slice or three of a classic like banana cream or an original like an Earl Grey Tea or Cereal Killer made with cereal milk.

Food + Drink12 Food and Drink Experiences To Have in Kentucky Before You Die
Tagged
Dessert Insider Guides Kentucky, United States
What did you think of this story?
Meh
Good
Awesome