Haneda Airport opened in the 1930s and served as Tokyo’s primary international airport until the late 1970s. Narita Airport took over after that, much to travelers’ dismay thanks to the dismal food and shopping options as well as its long distance from Tokyo proper. Thankfully, Haneda again opened for international travel in 2010 and is now one of the busiest airports in the world — and has one of the best airport food scenes.

The best options are pre-security at the Edo Market. In fact, if you’re going to eat at the airport at all, your best choice is to delay going through security and hanging around Edo Market’s many restaurants and shops. There are a couple of other options at some of the other gates, however, as well as an eye-catching place in Pop Town next to Edo Market pre-security.

These are the best places to eat at Tokyo’s Haneda Airport. 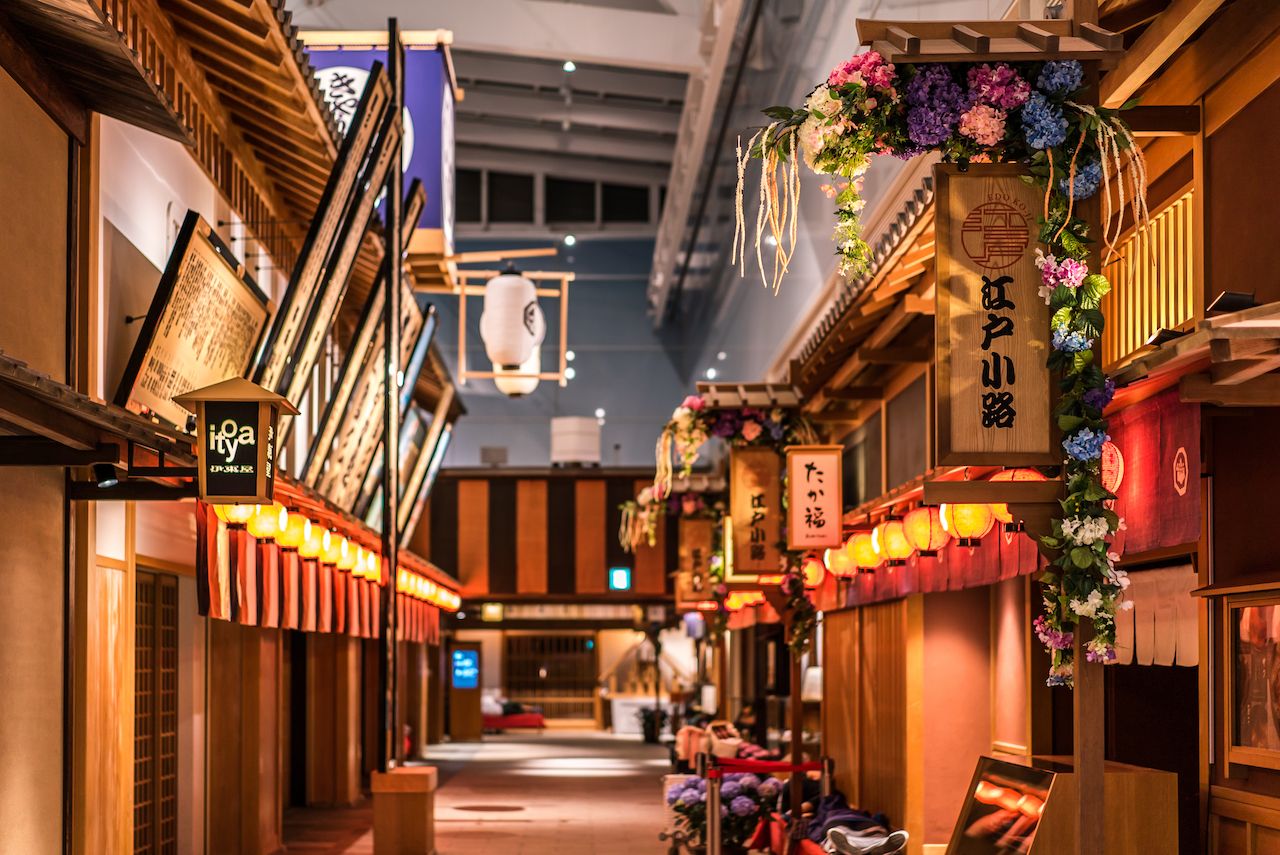 Katsusen: Come for the deep-fried pork in all the ways you’d like to have it — sandwich, cutlet, solo, on top of a pile of vegetables, you name it. Katsusen has to-go options if you made the mistake (or are just unlucky enough) to not have leisure time at Haneda Airport.

Champion Yakiniku: You know all those menus you see around the US touting wagyu beef? It’s mostly fake. Wagyu is a Japanese cattle breed, and it tastes best in its homeland. Yakiniku has to-go boxes with options like wagyu sushi rolls and wagyu over rice.

Ariso: Sushi doesn’t have to be a time-consuming eating affair. Ariso serves sushi off a conveyor belt that’s all quality despite the lax presentation.

Takafuku: Where to get your last taste of sukiyaki. Sukiyaki is a traditional savory dish of beef and vegetables that’s dipped in raw egg. Grab the lunch meal or dinner meal complete with rice and miso soup.

Tsurutontan: Soup bowls that will revive your senses after a long flight or prep you for the long haul ahead. Tsurutontan has huge udon noodle soup bowls and dry noodles too.

Itoen: Maybe you’re not really hungry and just want something to cure your sweet tooth. Maybe you already stuffed yourself silly and still have some time and don’t know what else to do but eat more. That’s when you head here for tea, green tea sweets, and matcha ice cream.

Planetarium Starry Cafe: If you really want food, stick to Edo Market. For a light meal and some coffee, however, it’s hard to beat a trip to Pop Town. The Planetarium Starry Cafe has your usual cafe offerings all served under a planetarium with 40 million stars — the first, the company says, airport terminal with built-in star gazing.

Hokkaido Kitchen: A small, 18-seat restaurant that’s a branch from a popular Japanese restaurant group. Soups and curries are the main draw.

Uraraka: Yakitori and udon noodles for food, with the main draw being all of the different sakes. 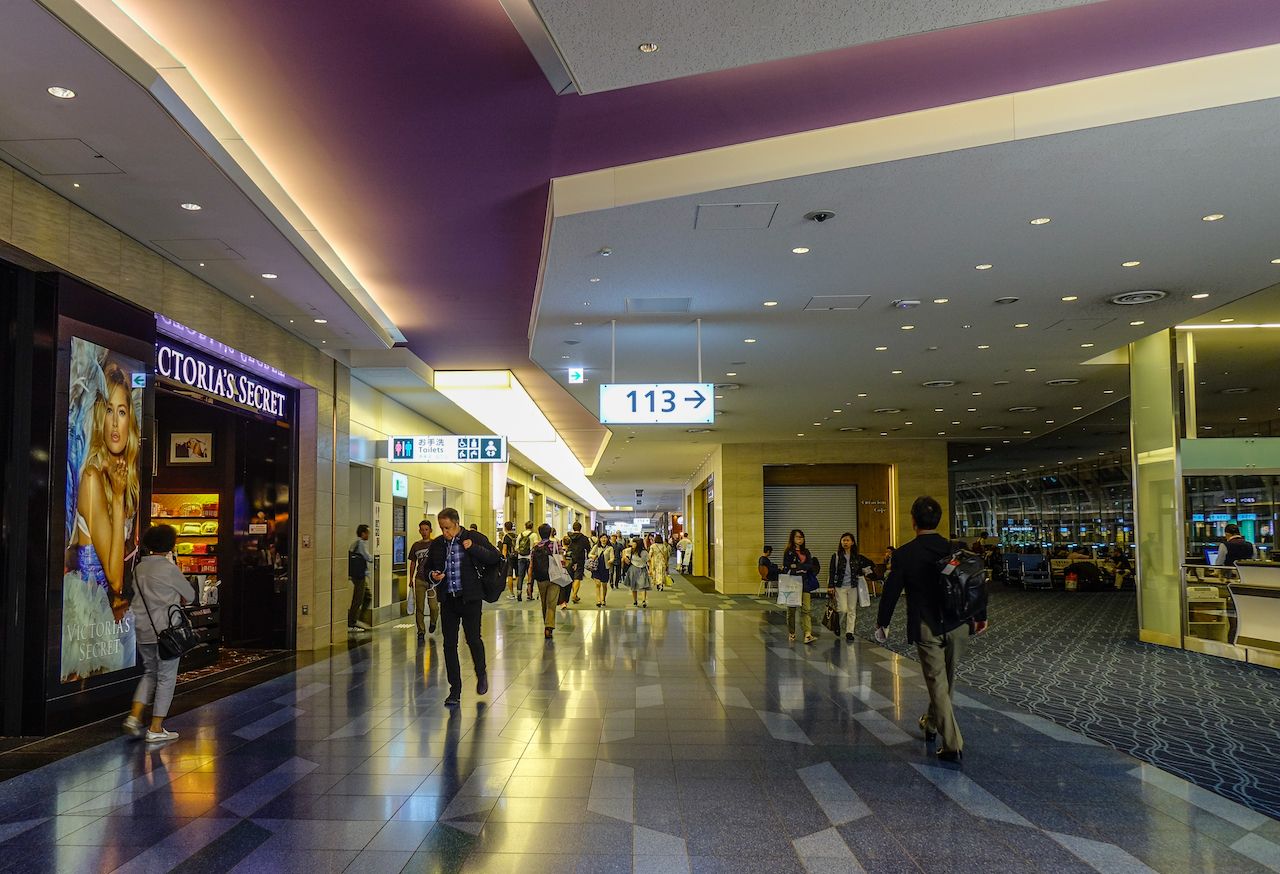 Uogashi Nihon-ichi: Fresh sushi straight from Tokyo’s famous fish market. Worth a stop even if you only have time for a couple of pieces.

True Soup: The rare airport restaurant with a clearly marked vegan menu. It’s not Japanese, but the minestrone soup is about as far as vegans will get in Haneda, and there are plenty of vegetarian soups as well.

Bar Rage: Japanese cocktail culture is undeniably great. Get one last cocktail from Bar Rage, which focuses on cocktails made with fresh fruit and Japanese ingredients.

Insider Guides12 Spots To Frequent in Tokyo if You Want To Be a True Local
Tagged
Airports + Flying Food + Drink
What did you think of this story?
Meh
Good
Awesome

10 of the Best Airbnbs in Tokyo, From a Zen Garden Art House To the Central City