For those who love it, cruising is the best way to sample a bunch of countries in one vacation, learning a little about a lot of places before returning home. Of course, once you step off the ship in a lot of ports, you’re met by hordes of dudes with laminated plastic signs offering to take you to the “best spots” that “only the locals know about” — where you’re immediately joined by the 3,000 passengers from the ship docked up next to you.

Figuring out what to do in a cruise port is tough, especially when you have limited time. So to help you make the most of your limited time in the lush Caribbean, here’s the best thing to do in each of the region’s most popular ports, with some other stuff to fill out your day. 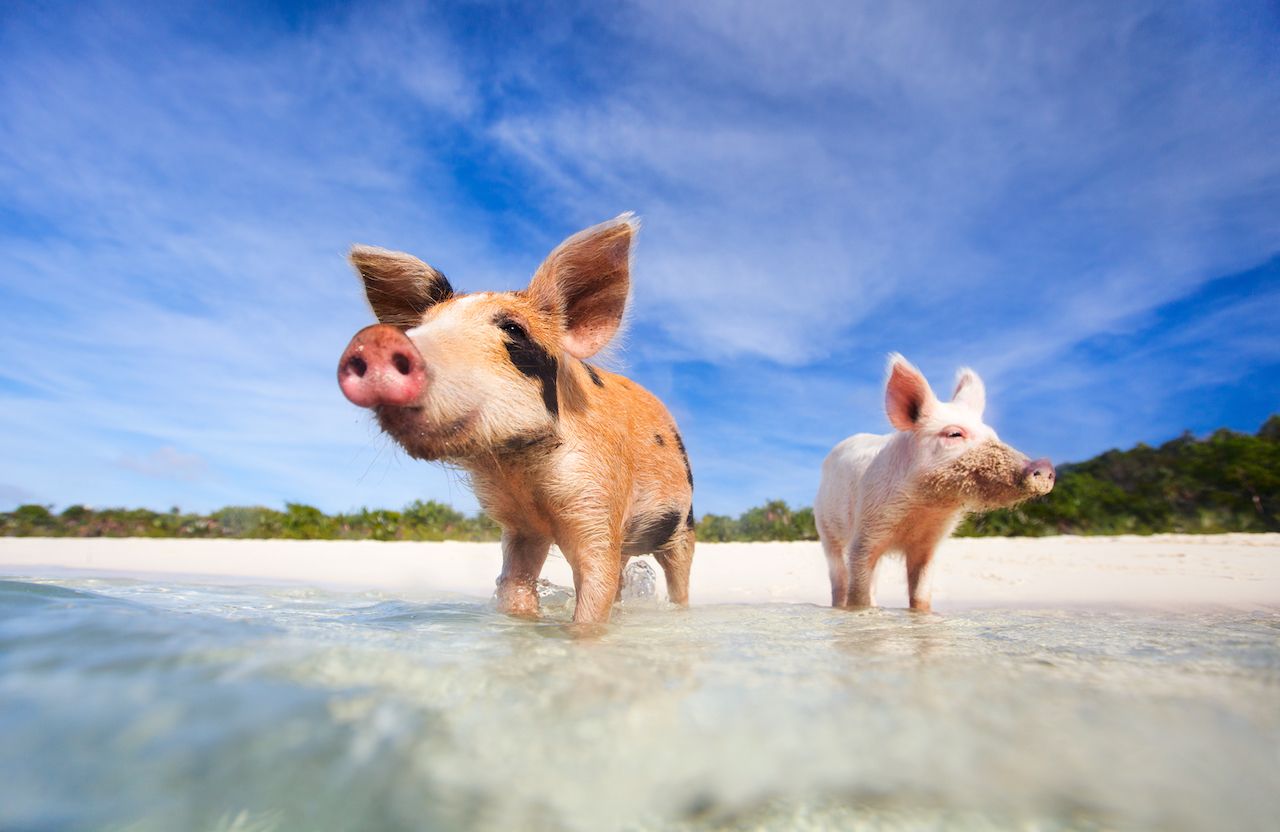 Must-do: Swim with the pigs in Exuma. It’s an all-day trip to get out there, but when else will you be able to swim with pigs from a pink sand beach?

Nassau is the quintessential cruise ship stop, where a massive straw market greets you as soon as you step off the vessel, complete with three-for-$10 patently offensive T-shirts and a Señor Frogs within walking distance. But spread out from the port and you’ll find a lot more than overpriced jewelers and cigars. Atlantis Paradise Island is a short cab ride away, with its water park and Vegas-like casino. There’s also the sand along Cabbage Beach and shark diving at Stuart Cove. If you’re interested in the history of the island, stop into the Clifton Heritage National Park. And make sure to hit the Arawak Cay Fish Fry, a stretch of restaurants along West Bay Street where you’ll have the best cracked conch of your life at Goldie’s. 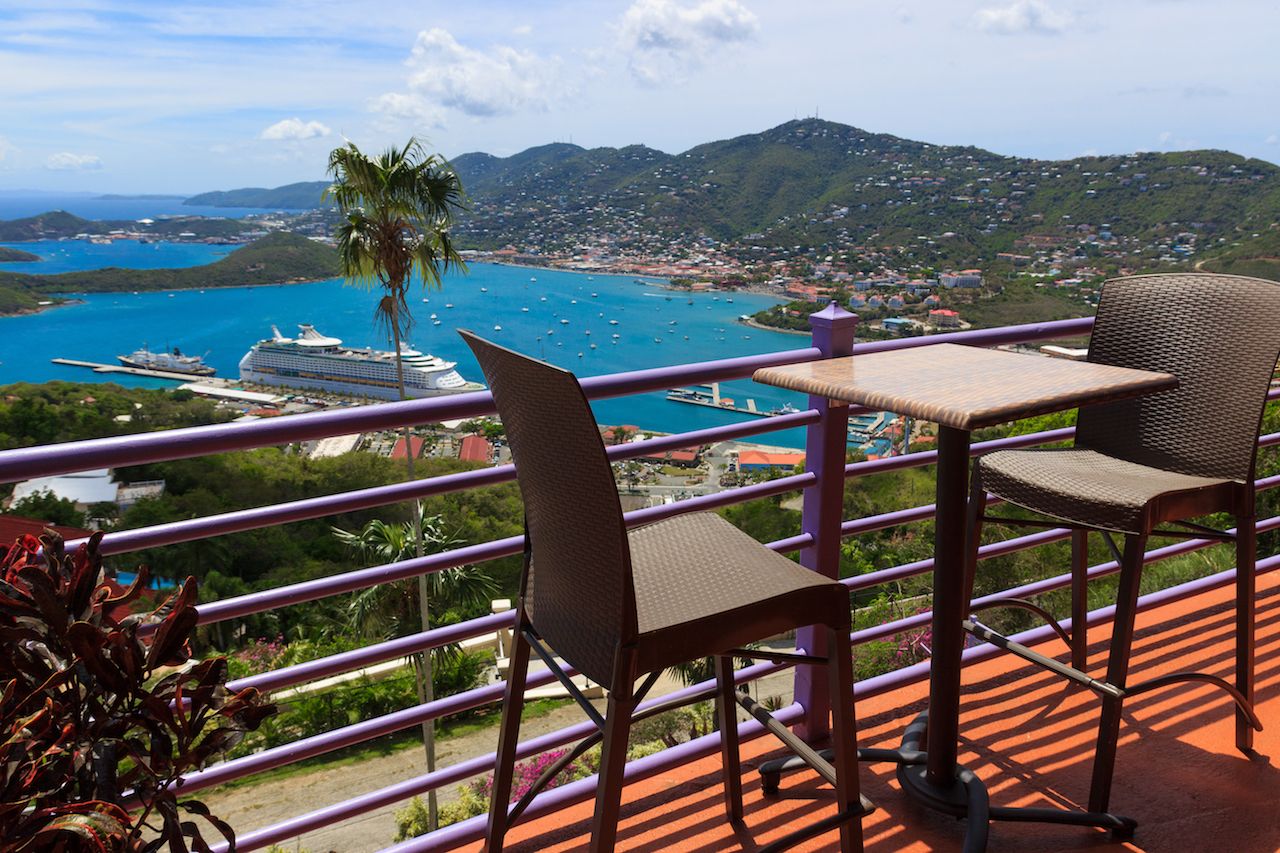 Must-do: Skyride to Paradise Point. The gondola takes you to the best view out over St. Thomas and onto the other Virgin Islands, plus there’s a bar up top with fruity red drinks.

Though the largest of the US Virgin Islands was hit pretty bad by last year’s storms, most of the island is back up and running, leaving you plenty to do during your port call. If you’re keen to lay out on the beach, Magens Bay is the most scenic. If you find the crowds to be too much, head to Coki or Morningstar beaches, which aren’t too far away. You can also stroll the capital of Charlotte Amalie and see the second-oldest synagogue in the Western Hemisphere, complete with a sand floor. Or walk the 99 steps that cut through downtown, then relax with a seaside lunch at the Abi Beach Bar. 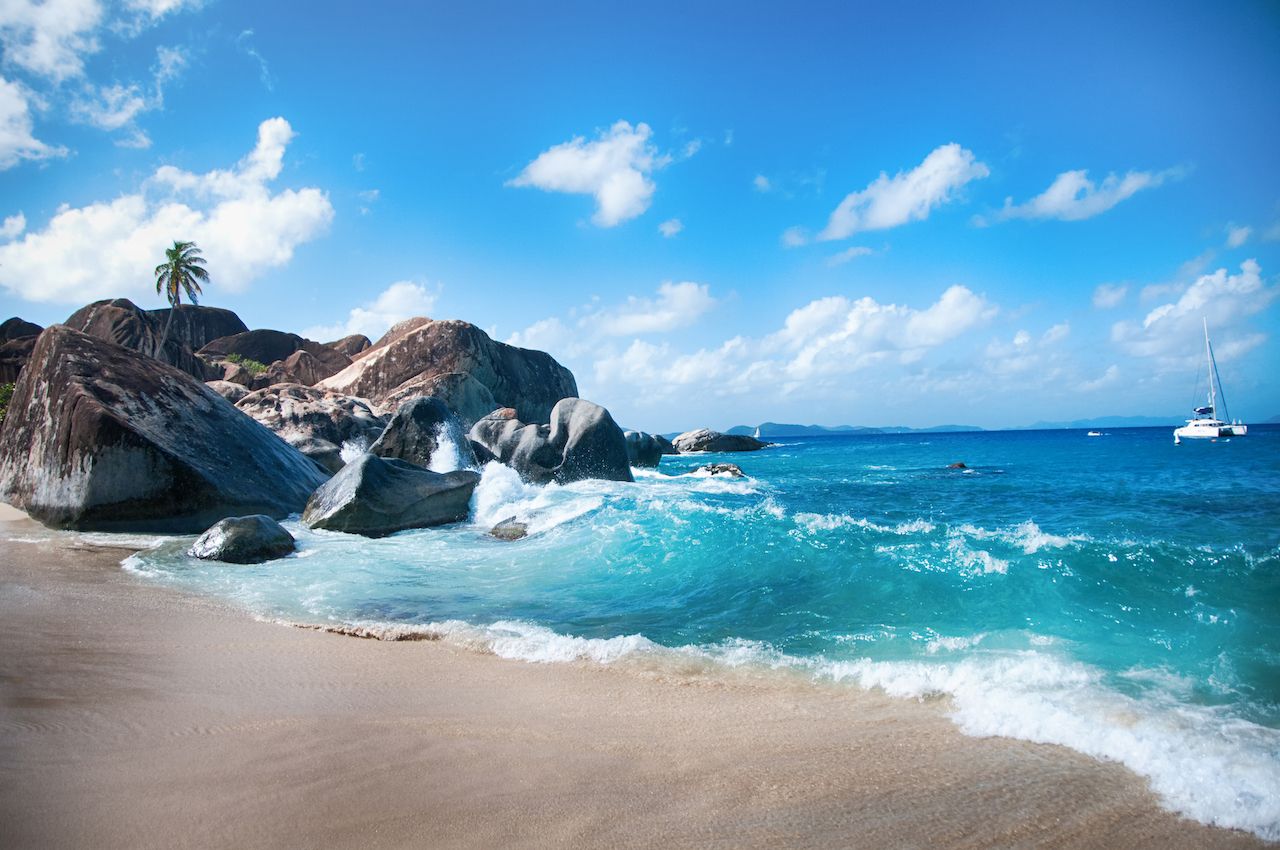 Must-do: Take a ferry to Virgin Gorda and the Baths. It’s the most geographically striking beach in the Caribbean — where massive, perfectly-smooth boulders sit on a perfect pink shore, likening it to a set from an old-time pirate movie.

The British Virgin Islands might be the perfect combination of scenery, class, and secluded beaches. It’s a place that’s clean and navigable without feeling snooty, with epic green mountains falling into bright turquoise water. Having only a day in Tortola, it’s hard to explore it all. But definitely make a point to get over to Brewers Bay, where a less-crowded beach sits just a few streets from the Callwood Rum Distillery. You’ll also want to grab a drink at the oceanside Bomba Shack, which, while not as rowdy as it has been in years past, is still the best day party you’re going to find with limited time. And if you have an overnight here, you must take a ferry to Jost Van Dyke and kill a day at the legendary Foxy’s Bar. 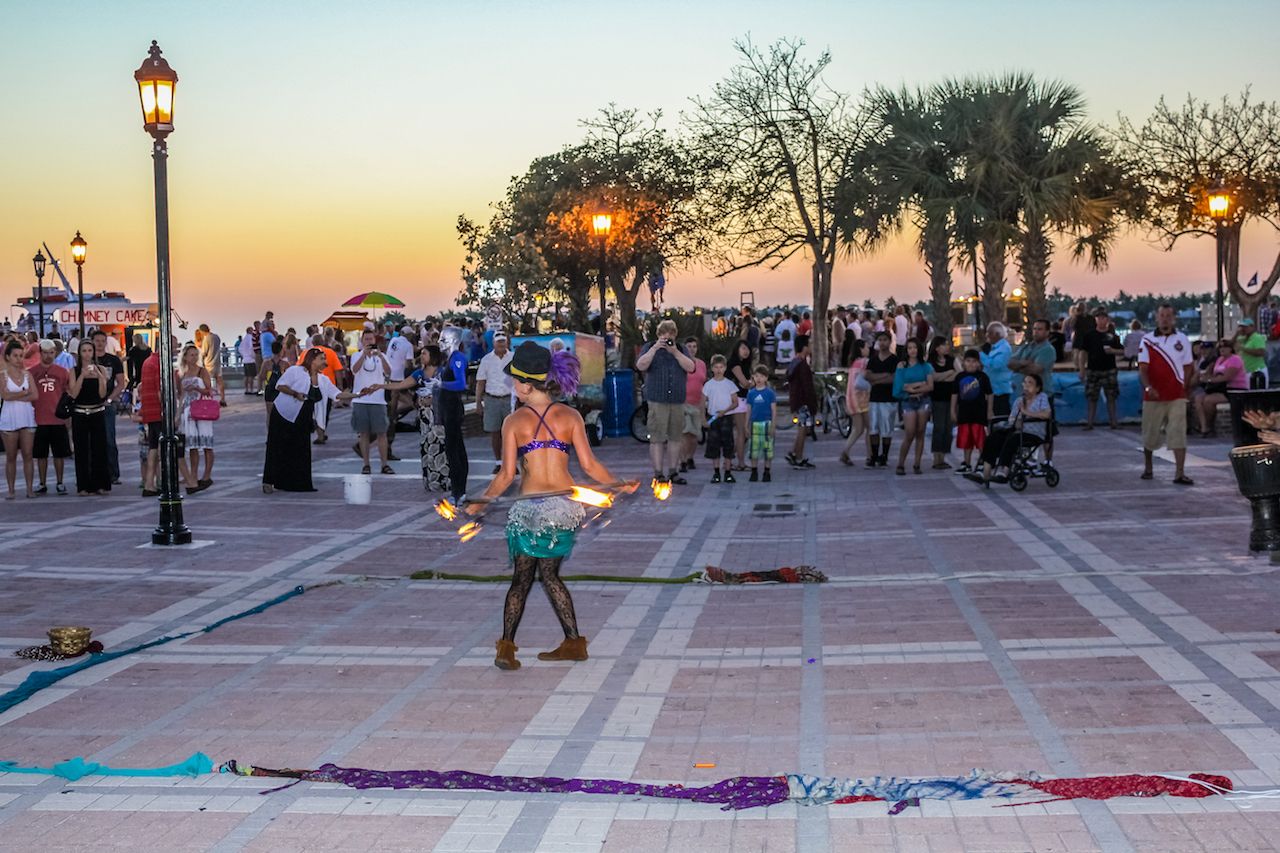 Must-do: If you’re in Key West during sunset, join in the nightly sunset celebration at Mallory Square, complete with artists, street performers, sword swallowers, and the best guacamole in Florida.

This quirky island at the end of the Florida Keys is like a little New Orleans thrust out near the Gulf of Mexico. Fishing and diving here are among the best in America; but if you don’t have time to jump on a boat, take a snorkeling trip from the marina near Mallory Square. You can also visit Ernest Hemingway’s house, and its famous six-toed cats. Or cruise the bars of Duval Street and have a pint at Irish Kevin’s or Sloppy Joe’s, before catching the sunset at Mallory Square. 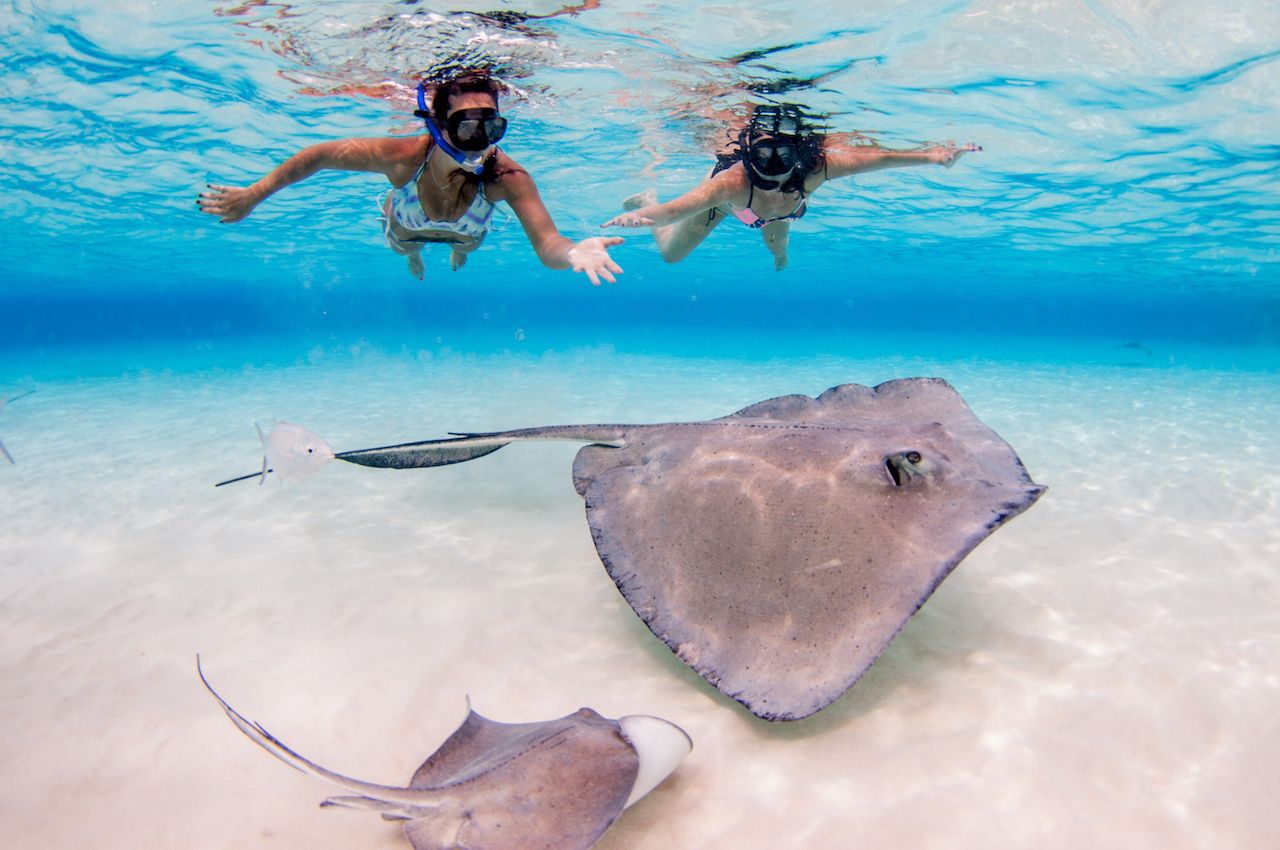 Must-do: Swim with stingrays at Stingray City. Not only are they safe, they’re friendlier than most people’s pets, and will come right up to you for a once-in-a-lifetime, kissing-a-stingray selfie.

The largest of the Cayman Islands is a bustling, highly-modernized island that gained much of its wealth from international banking. As a result, it’s become a massively popular weekend spot for North Americans, and boasts the best collection of restaurants in the Caribbean. Eating here is a must, and if you’re into food stop into Mizu in Camana Bay for hibachi-grilled Asian cuisine, or Morgan’s Seafood for fresh Caribbean fish with a waterfront view. To burn off some of those calories, try diving the wreck of the Kittiwake just offshore, or hiking the 2.3-mile Mastic Trail. It’s a 200-year-old gravel path that winds through mangroves, woodland, and colorful tropical plants. 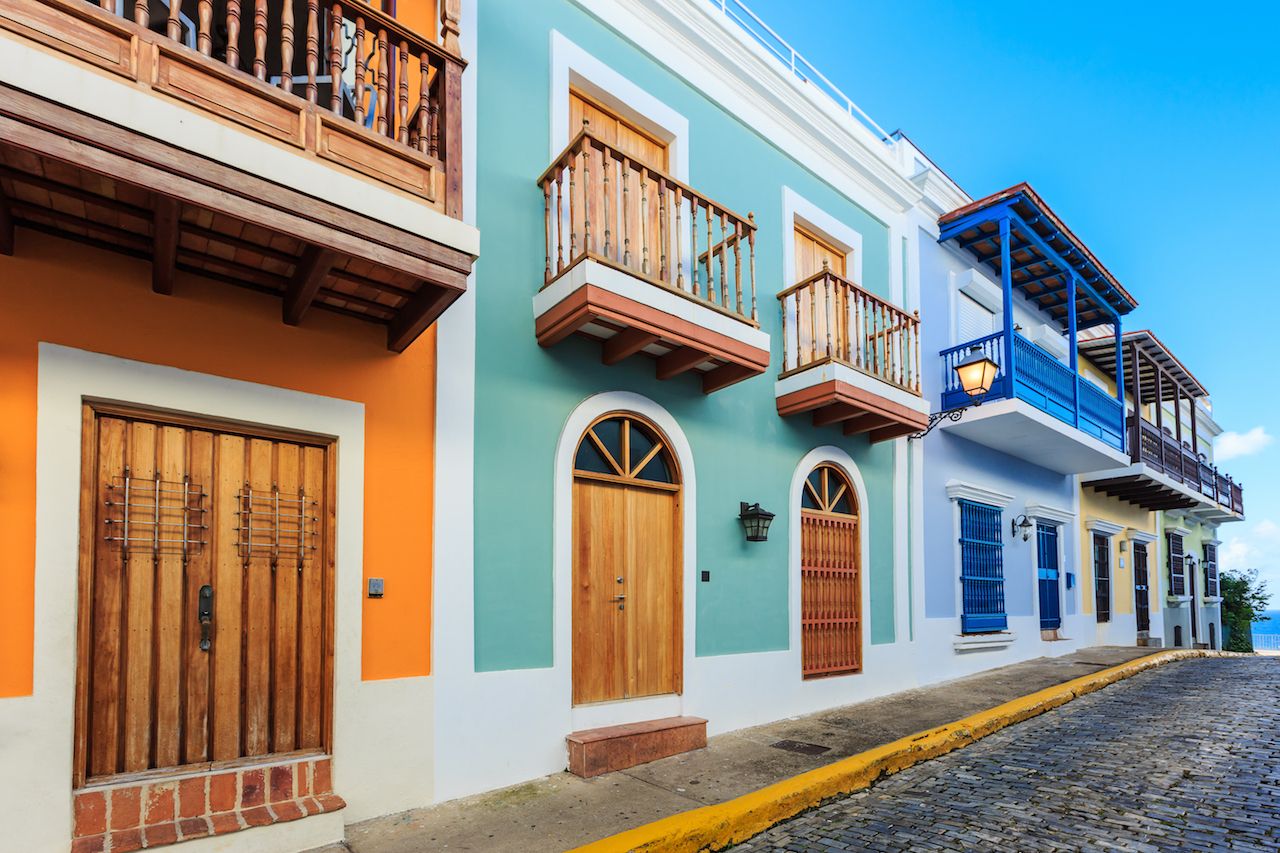 Must-do: Stroll through Old Town San Juan, a brightly-colored collection of Spanish colonial architecture with narrow winding streets, and hidden bars and restaurants that are usually devoid of tourists.

San Juan is the most foreign place one can travel without needing a passport. The best way to spend a day here is hiking through the El Yunque National Forest. It’s not as lush as it was before Hurricane Maria, but still has magical jungle trails that lead to tropical waterfalls in the mountains. Once you’ve returned, walk through the old city to Castillo San Felipe del Morro. Then stop in for a drink at La Factoria, which could contend with any mainland spot as the best cocktail bar in America. 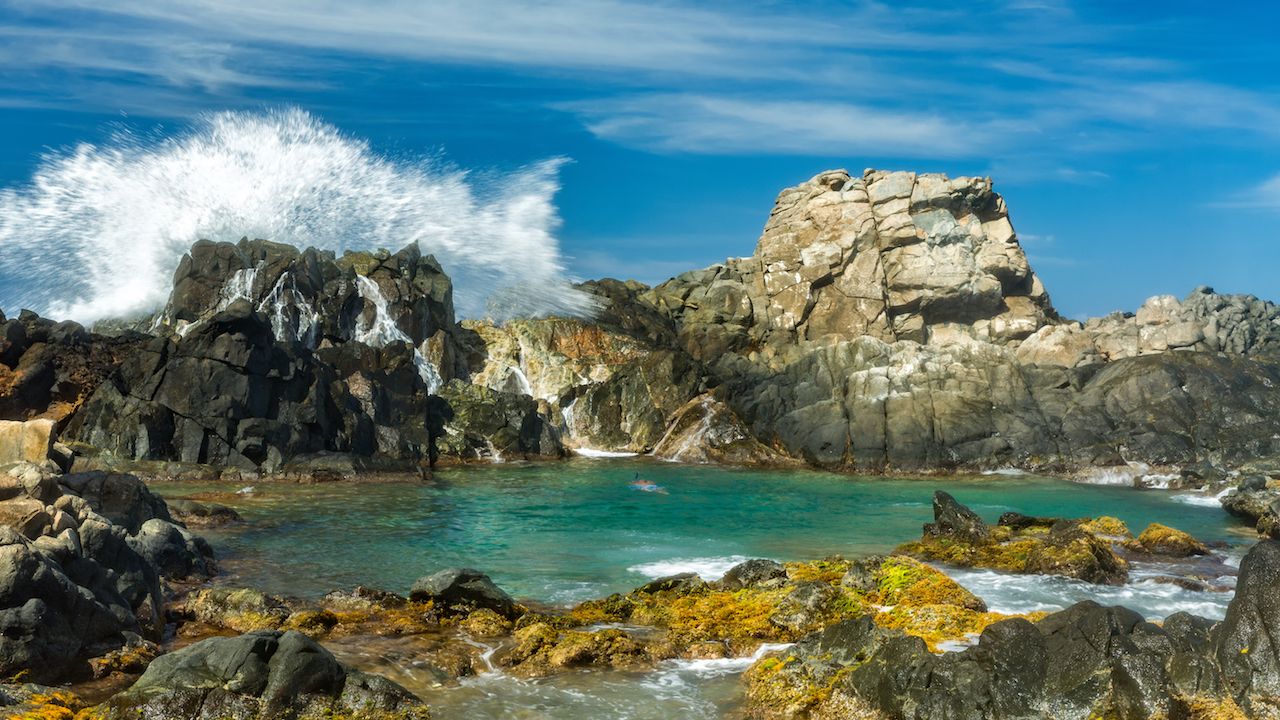 Must-do: Hike, swim, or take an ATV through Arikok National Park. There you can climb to the top of 620-foot Jamanota, the highest point in the island. Or take the long hike to the Conchi Natural Pool, a limestone grotto on the far northern coast of Aruba.

Aruba seems to have a polarizing effect on visitors, a windswept desert island that people seem to either love or hate. But with a day in port it’s hard not to enjoy yourself, whether enjoying the sun at Eagle Beach or taking artistic bathing suit shots in front of a twisted divi-divi tree. You can also hike through majestic limestone caves. The most famous is Guadirikiri, where sunlight beams in from above. Divers can spend the day diving one of Aruba’s 11 diveable wrecks, while the non-certified among their groups can enjoy 100-foot visibility as they snorkel from the surface. 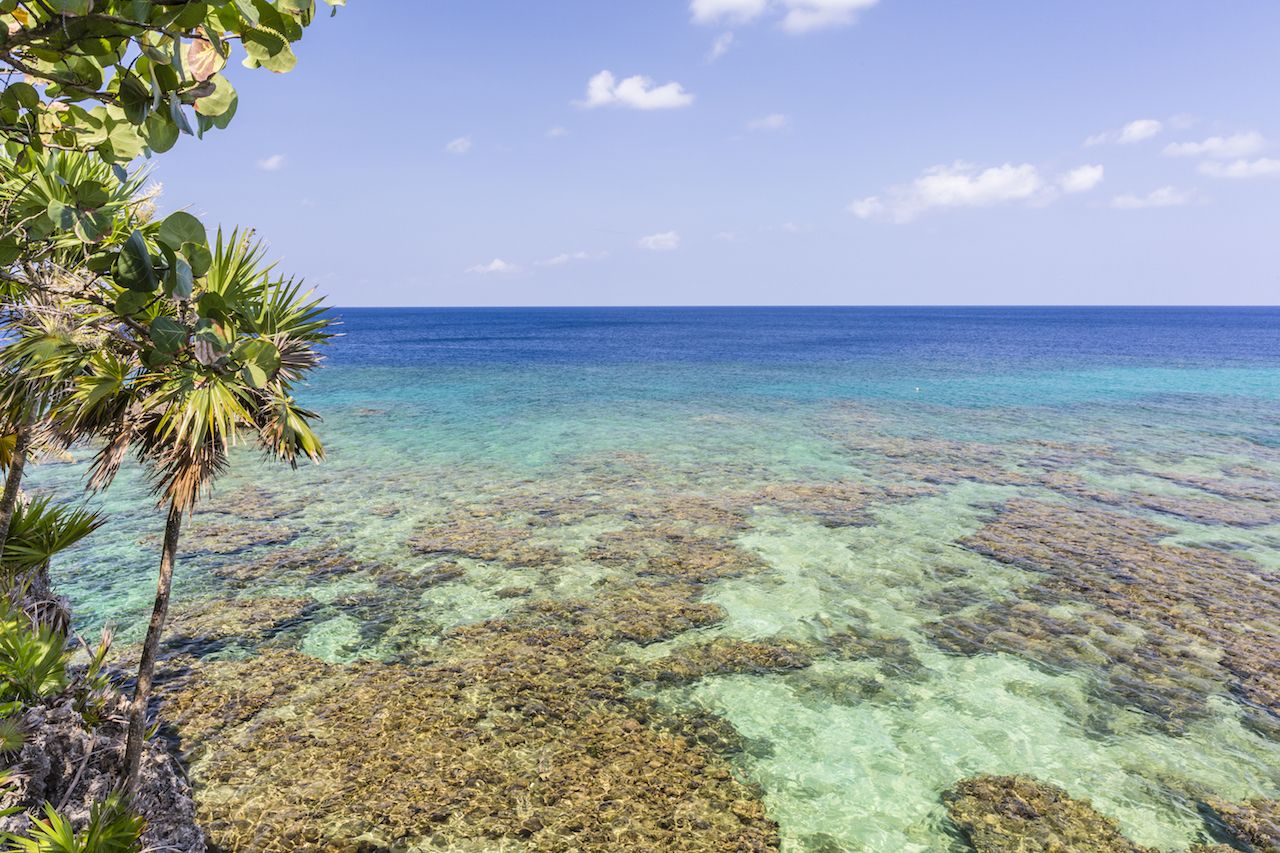 Must-do: Snorkeling. The island is famous for its clear blue waters and abundance of marine life around the coral reef, so rent a snorkel from a local dive shop and explore areas around Half Moon or West Bay beaches.

Diving is really the main attraction in Roatan, so if you’re certified and have the time to dive around the coral reef, that’s the best way to spend your day. If you’re not certified and don’t snorkel either, you can experience plenty of above-ground animal life at Daniel Johnson’s Monkey and Sloth Hangout, where animal encounters with monkeys, scarlet macaws, and other exotic beasts are available daily. You can also head to the West End and stop into the Butterfly Garden, a 3,000-square foot enclosure full of 20 different species of butterflies. 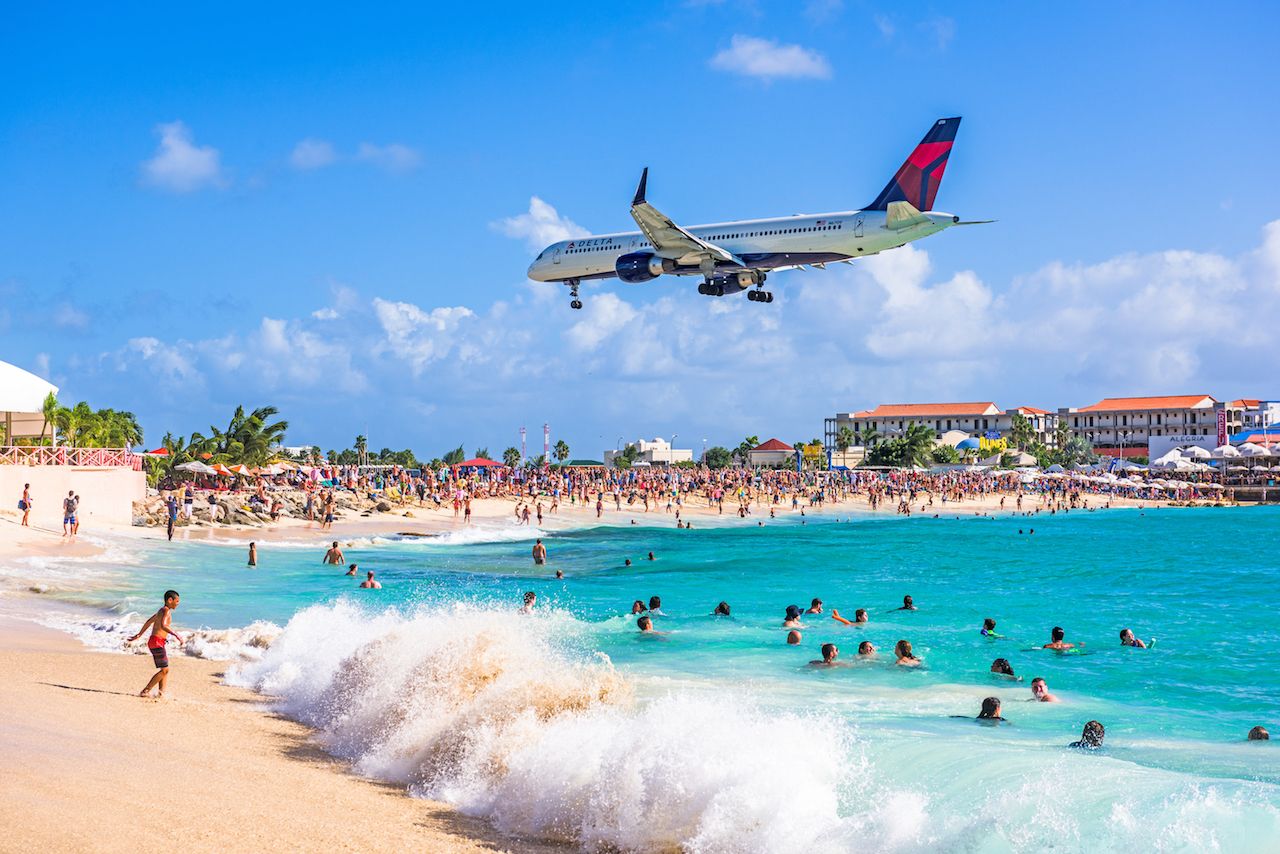 Must-do: Stand in the water at the famous Maho Beach and watch planes land over you into Princess Juliana airport. But don’t stand behind an airbus while it’s taking off. We know from experience.

St. Maarten is the most culturally fascinating island in the Caribbean, where you can land on the Dutch side, drive a few kilometers, and be transported into a western bastion of French culture. The ship will dock on the Dutch side, and if you’d rather escape the madness, get your tan on by the limestone rocks at Mullet Bay — just down the road from Maho Beach. Then meander over to the French side and enjoy some fine food at La Villa or Le Ti Bouchon. It’s not nearly as lively as the other side of the island, but for fine dining on the island, the French side can’t be beat.