As my wife and I sat in our rented canoe on Jackson Lake, we had to force ourselves to put the cameras away for a moment and just enjoy the breathtaking scene we had become part of. The overwhelming temptation had been to attempt to document every second of the experience because words would never adequately describe the view of the mountain range towering above the lake. Between my wife and myself, we’ve seen amazing sights around the globe, but as we gazed up at the Tetons from the canoe, we struggled to think of a single view that we could say was more spectacular. 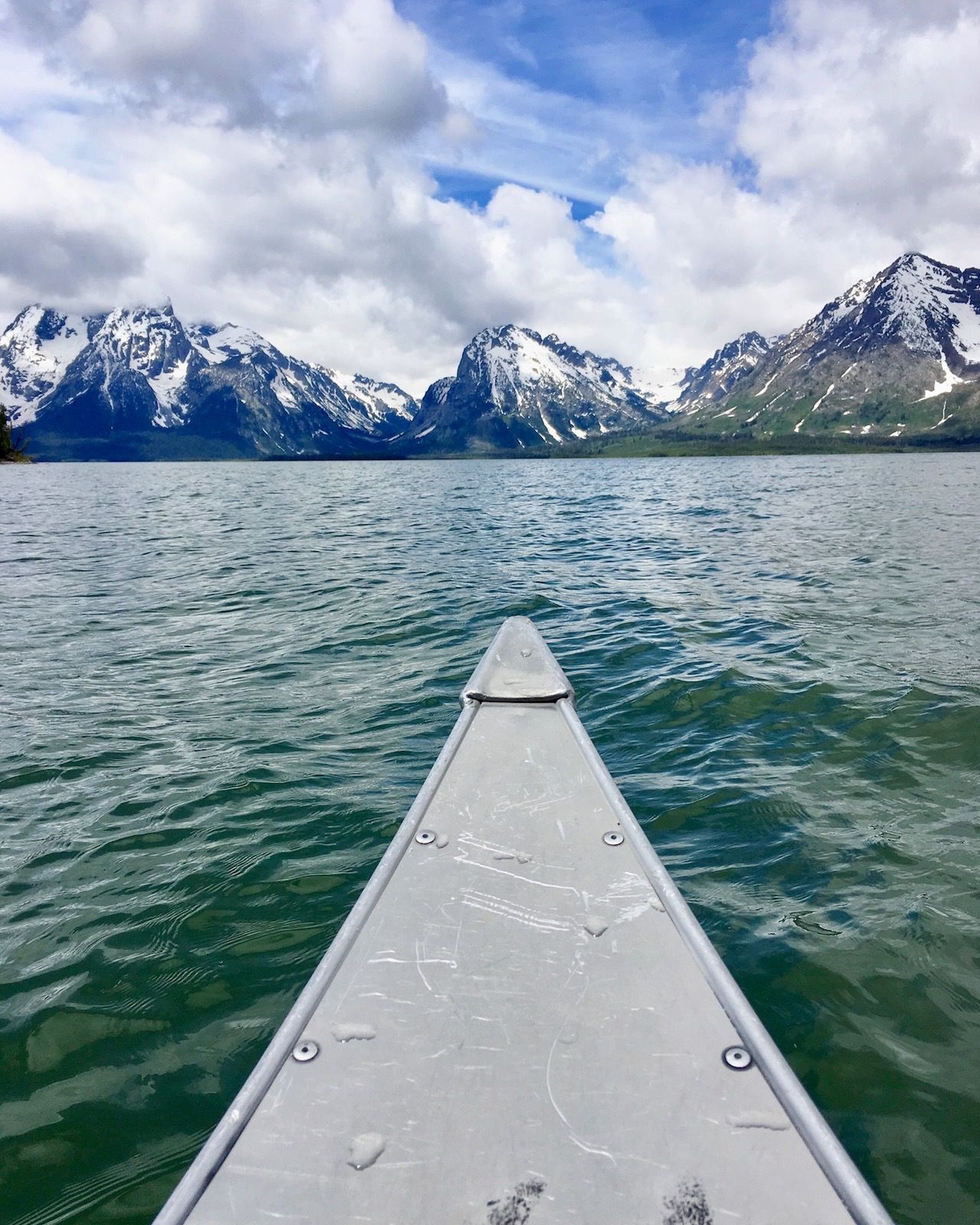 Grand Teton National Park was an afterthought on our trip to Yellowstone. Our return flight was a red-eye out of Salt Lake City, so it made sense to spend some time in the Tetons and Jackson on the back end of the trip. After leaving Yellowstone and its seemingly endless crowds, Grand Teton National Park was a breath of fresh air. Yellowstone was amazing, but the relative tranquility of the Tetons was a welcome change. The park lacks eye-catching attractions like geysers and famous waterfalls, so there are fewer overflowing parking lots full of tourists trying to capture that perfect Instagram photo. In the Tetons, the primary attraction is the mountain range for which the park is named — the views are everywhere. While there are some viewpoints that are more popular than others, you don’t need to go to one specific location to capture the perfect shot. Consequently, there are fewer traffic jams. 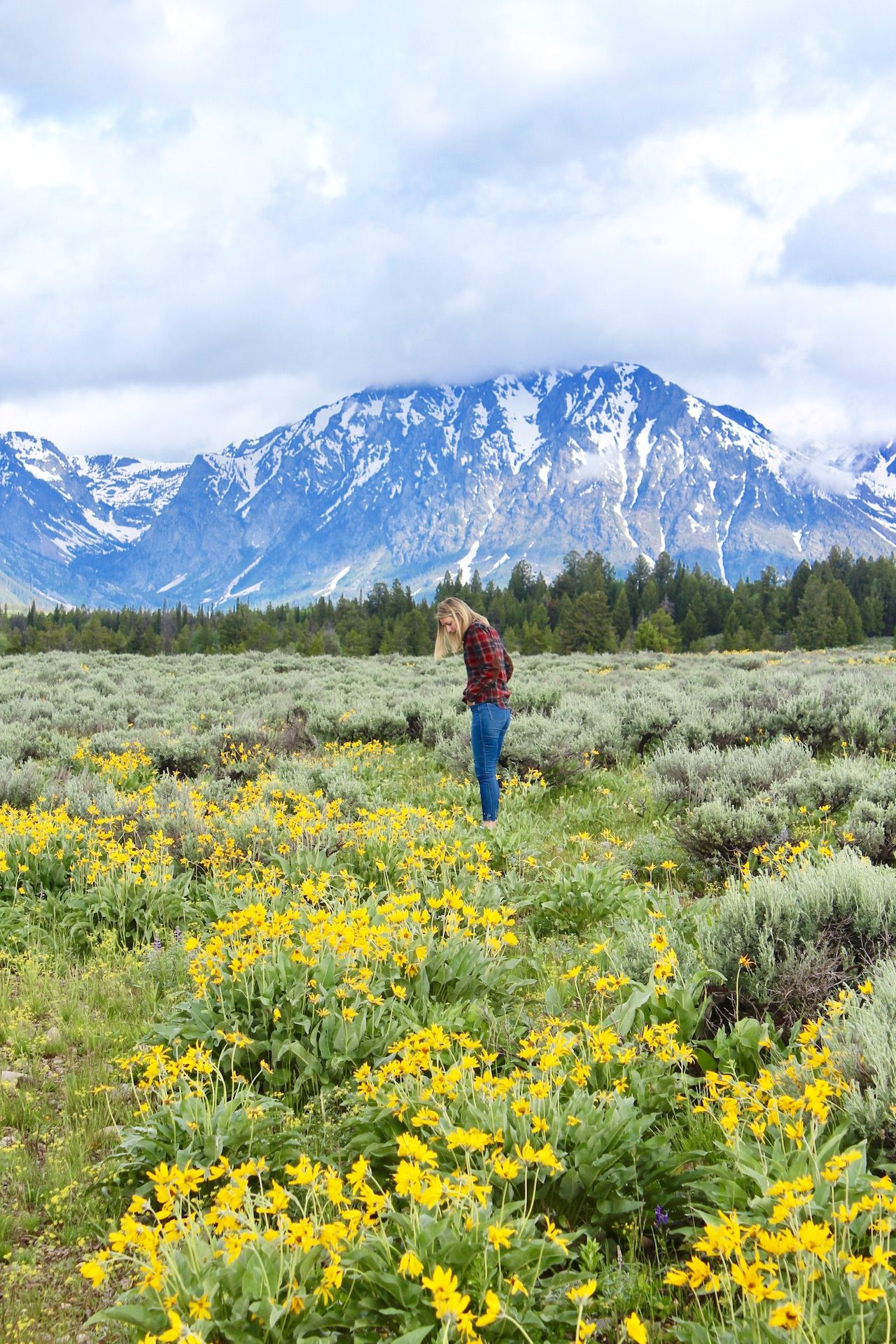 We often pulled over on the side of the road to admire the views across the fields of wildflowers, then decided to drive down to Colter Bay Village and inquire about boat rentals. There were various boating options on Jackson Lake. We decided to rent a canoe for $20/hour — which was worth every penny. From Colter Bay, we paddled out towards the center of the lake, where the views of Grand Teton and the neighboring peaks get better every time you dip an oar in the water. There really isn’t a bad way to see the Tetons, but there was something about taking in the views from the water that made for a wonderfully serene experience. 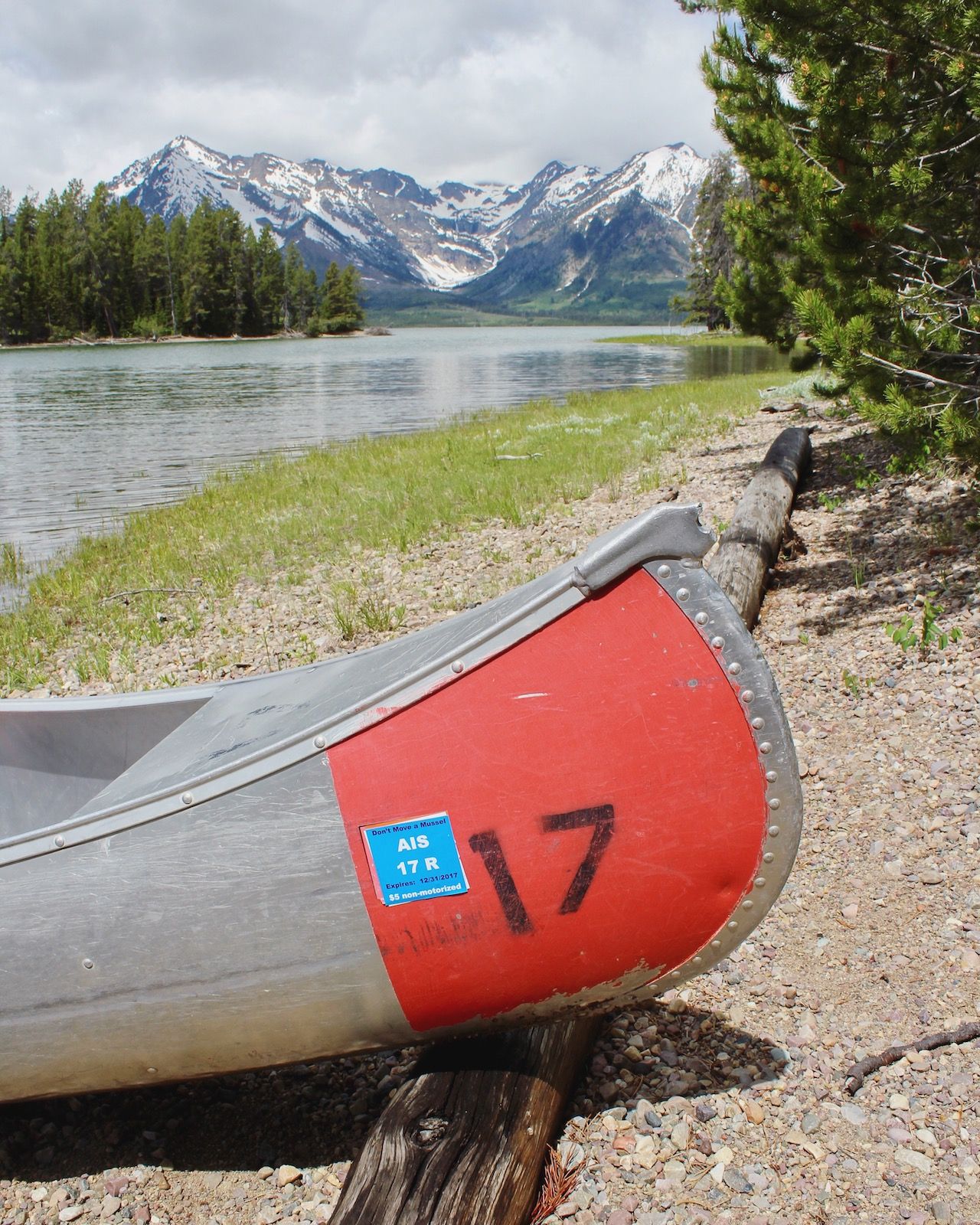 After paddling around in the open water, we headed into one of the inlets where we parked ourselves on the shore of a small island. There were no other people around, but we clearly weren’t the only large mammals that enjoy the solitude of the islands of Jackson Lake.  The rangers had warned us ahead of time to be aware of our surroundings when we stopped on land, because grizzlies frequently swim to these islands. We avoided any close bear encounters and were able to enjoy the peaceful views without being eaten.

Our stay in Grand Teton National Park was much too short and if we had the luxury of time, we would have spent a full week in the park; however, despite our rushed itinerary, the decision to spend our time canoeing in Jackson Lake ended up being the best decision we made on our trip.

The 5 Best Rivers for Fly Fishing in Montana