The first afternoon of our two-night, three-day Jackson Lake kayak trip in Grand Teton National Park, my nine-year-old had a question for our lead guide Nate: “Where are all the other people?”

Boaters and kayakers were on the water, of course, but Jackson is a massive lake, with plenty of tucked away places. We’d already located several of them, and currently found ourselves completely alone on a grassy island, polishing off our lunch of chicken salad sandwiches. 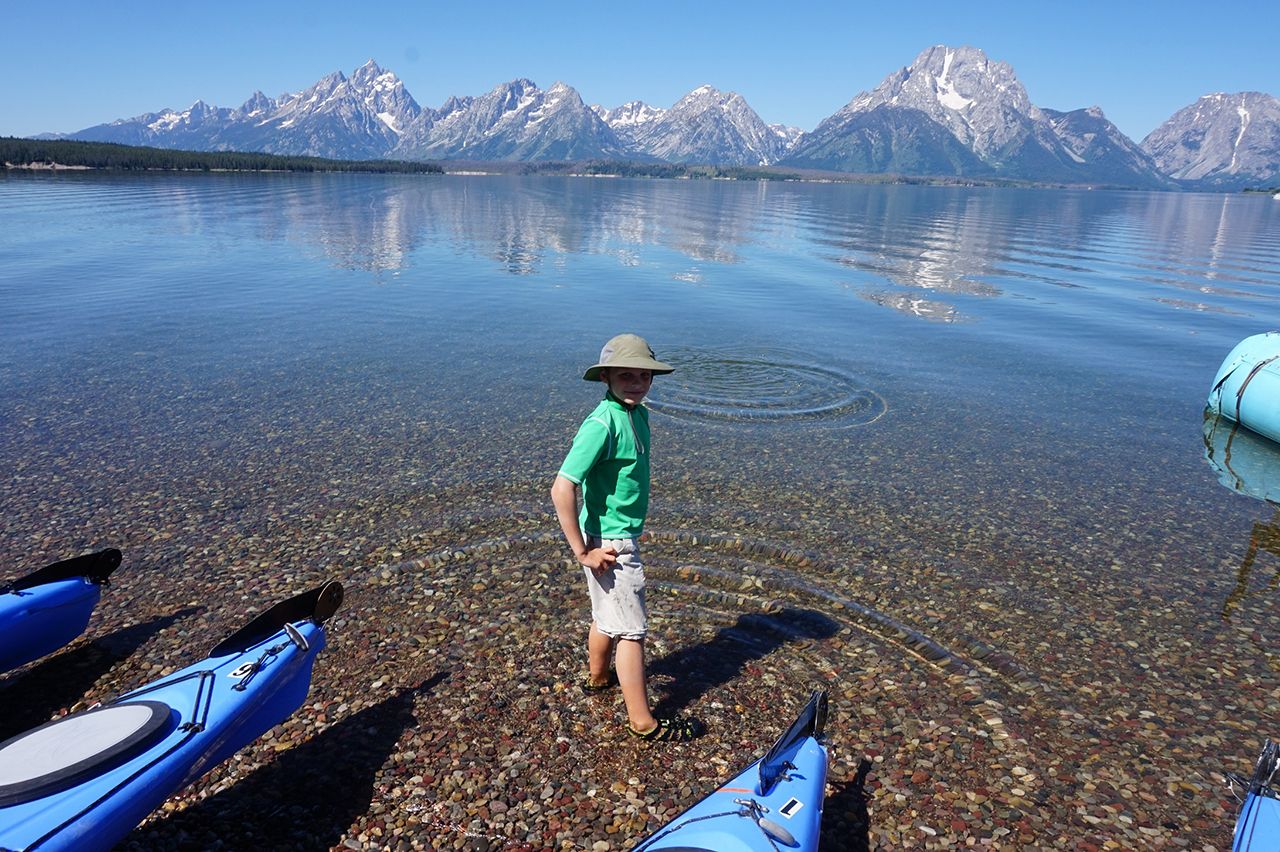 My son’s question touched upon my primary concern before embarking on the Jackson Lake kayaking trip: located in the heart of the national park during the peak of the summer season, would we experience more sightings of humanity than wildlife? My family is familiar with my phobia of crowds in national parks: the previous summer, we hiked four days into Yosemite’s backcountry to escape park enthusiasts, and I’d brought the whole family to Glacier National Park before its famed Going-to-the-Sun Road had even opened for the season, to avoid traffic. (We passed snow plows.) We’d spent the days leading up to our O.A.R.S. trip touring Grand Teton National Park by car and on day hikes, an enjoyable yet congested experience that only reinforced my concerns.

By the time we arrived by kayak at our first night’s campsite, however, I knew I’d worried over nothing. Located on the furthest bank of the lake, directly in the shadow of Mount Moran, I felt as far removed from civilization as on our most remote backpacking treks. Despite being only a lake away from highways, visitor centers, and campgrounds, Nate and his crew had managed to show us an entirely new Grand Teton National Park. Thanks to campsite privileges only enjoyed by O.A.R.S., we were seeing the Tetons the way they were meant to be seen: with the sun sinking behind the mammoth tower of Moran, unobstructed by roof tops or sign posts. The peak seemed so close, in fact, it almost felt possible to reach out and touch the glowing granite. As the shadows lengthened between the pines and the blue of dusk settled over the lake, my son and I listened to the water lapping against the hollow hulls of the kayaks, secured for the night, and the few scattered voices of members of our own party, settling in for the evening. 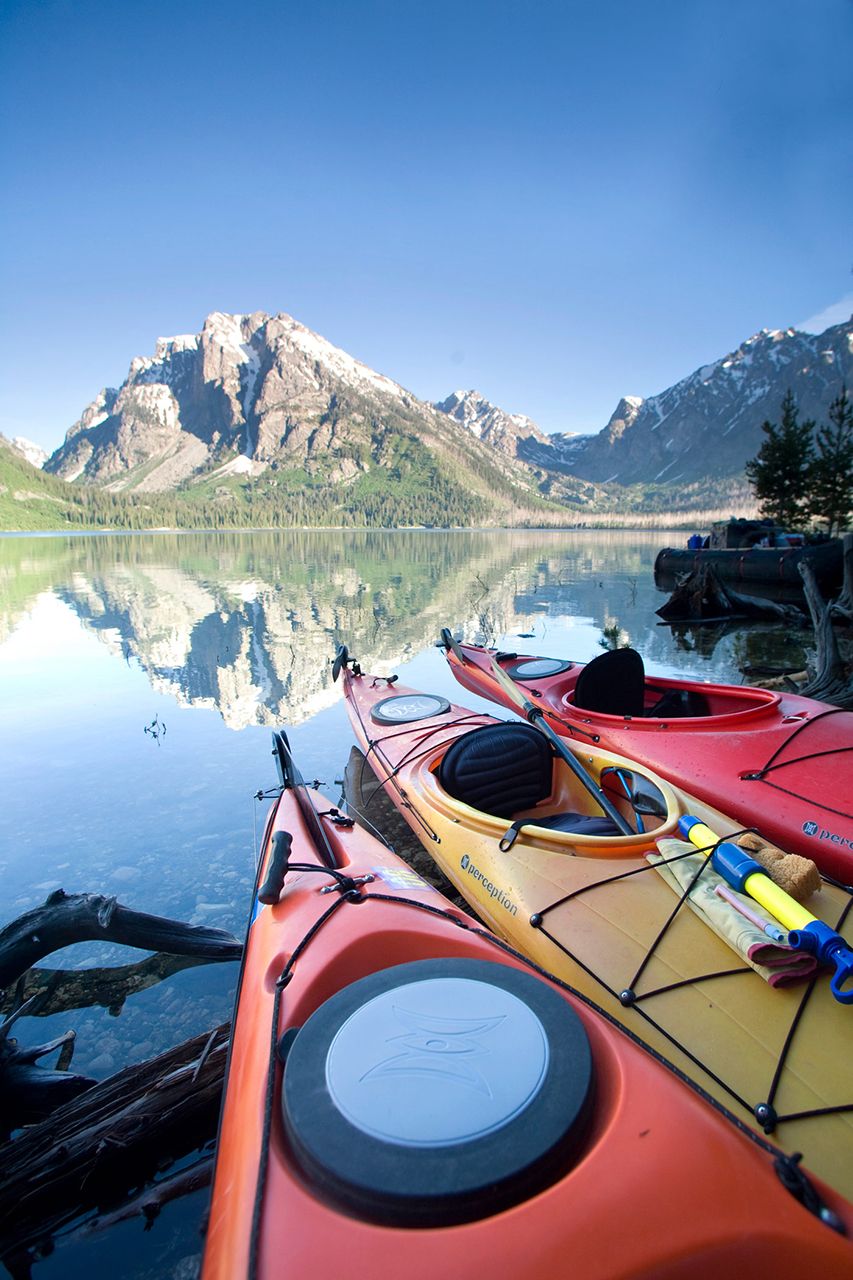 Before we left the lakeshore for the cheer of the campfire circle, we stood side-by-side to watch the last slice of light disappear on the far shore. Perhaps we simply couldn’t tear ourselves away; the calm that descended felt different than the quiet of previous nights, in town. I felt gratitude, not only because I was in a beautiful place with people I loved, but because with O.A.R.S., I was able to give my family a Tetons experience I couldn’t have provided on my own. As we made our way back through the trees to camp, I fielded one more question. “Are we still in the park?” my son asked. “Because it doesn’t seem like it.”

Avoid This Dangerously Windy Wyoming Highway at All Costs on Your Next Road Trip
The 5 Best Places To Visit in Wyoming, According To the Superintendent of Grand Teton National Park

Overtourism Is Killing Mountain Towns. Here Are 10 Things Travelers Can Do To Fight It