Black people around the world have had their movement restricted throughout history. Be it during apartheid in South Africa, in the maligned Chocolate City in Guangzhou, or within Jim Crow America, preventing Black people from traveling has historically been used as a tool of oppression.

But folks just like us have overcome that oppression to become leaders who see the world and help others do the same. These are five of the many unrelenting Black travel icons to know. 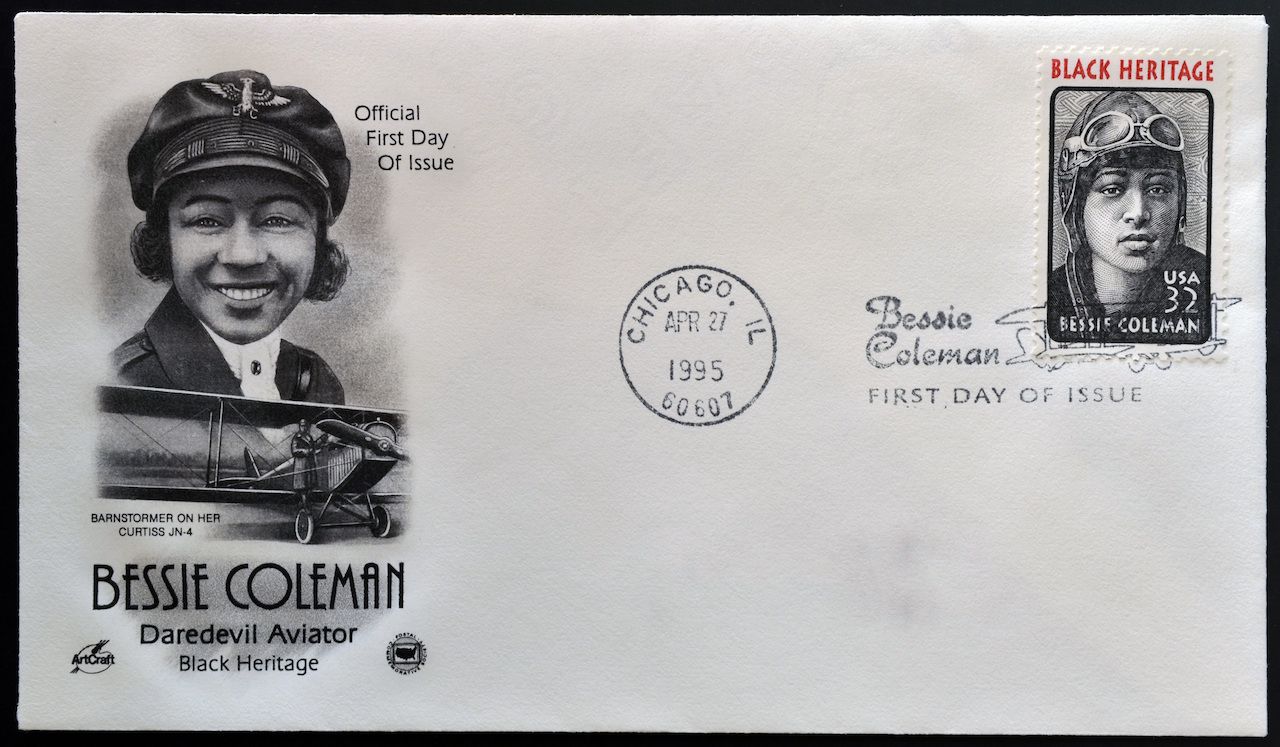 “The air is the only place free from prejudices.”

On November 20, 1920, Bessie Colman left her home in Chicago, Illinois, to pursue her dream of obtaining a pilot’s license in Paris. Though she had set aside her savings from working as both a manicurist and a server, her travel and tuition costs were supplemented by famed Black banker Jesse Binga after he was moved by an account he read in the Chicago Defender of her pursuit to learn to fly.

At the time, there was no avenue for her to study aviation in Jim Crow America, as no flight school would accept Black or Native American people, and Coleman was both. Within a year after leaving Chicago, Coleman became the first Native American, as well as the first Black person, to earn a pilot’s license at the Fédération Aéronautique Internationale.

Her return to Chicago caused a commotion in the media, though her instant fame was not enough to find an American mentor in her chosen career: exhibition flying. Still saddled by the limitations of being a Black woman in America, she sailed again for Europe in early 1922 to seek out someone to train her. Her travels took her back to France, as well as the Netherlands and Germany, where she found people willing to train her in advanced and trick flying. She returned to Chicago as a skilled, fearless aviator and always remained a fierce advocate of the plight of Black people in America. In her entire career, she never once agreed to perform in an event that did not allow the attendance of Black people.

Her unprecedented American career in exhibition flying was unfortunately short-lived. Only five years after receiving her pilot’s license, she ejected from her plane after it fell into an unplanned dive in Jacksonville, Florida, and she was killed instantly when she hit the ground. Her body was returned to Chicago to be interred to little fanfare in the wider American media. The African American press, however, covered it widely, and 10,000 mourners came to the services held to honor her in Chicago, a service led by none other than famed journalist and co-founder of the National Association for the Advancement of Colored People, Ida B. Wells. 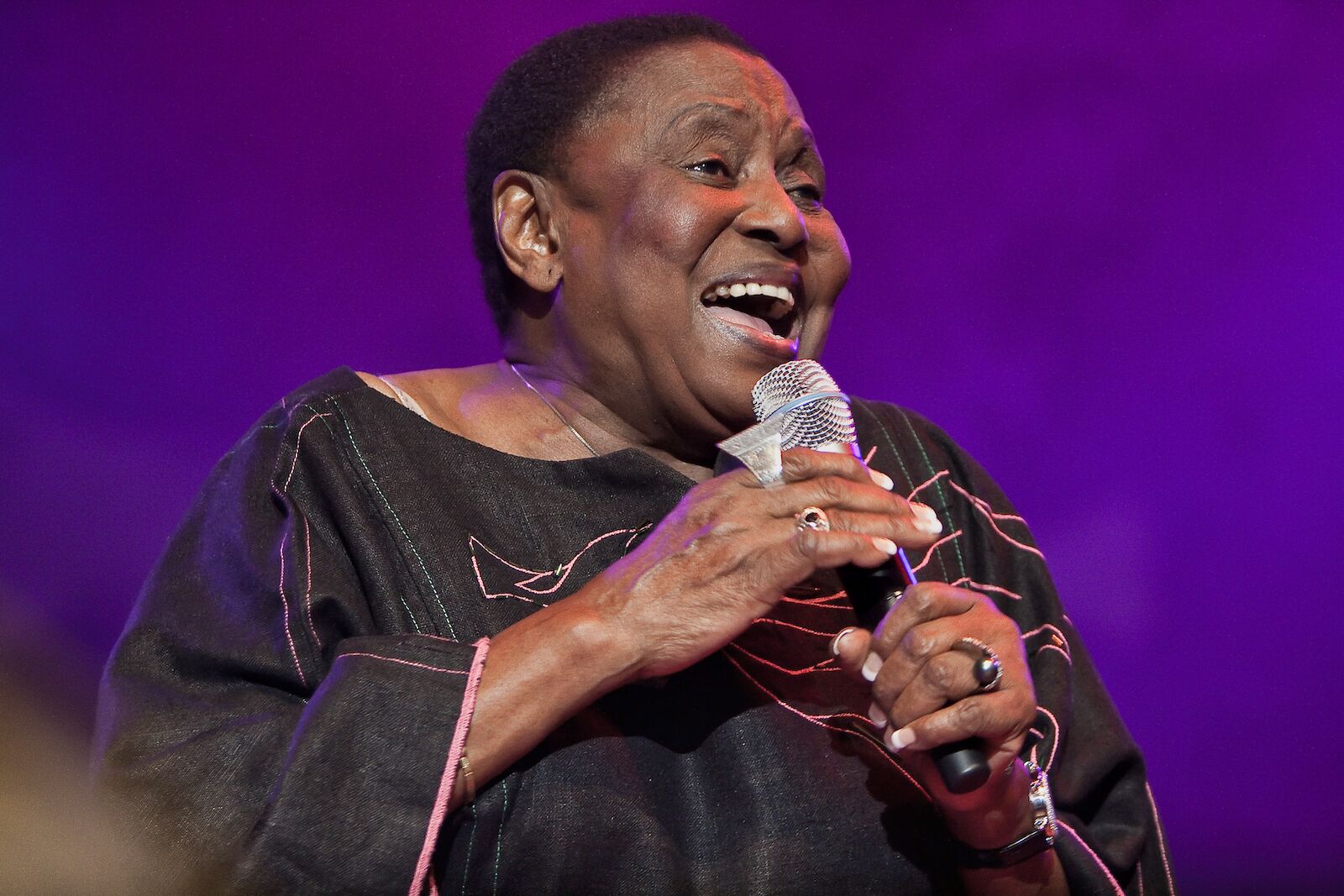 “But if you are going to wear blinders then you do not know the world.”

On March 21, 1960, the Sharpeville police opened fire on 20,000 people who gathered outside their police station to protest apartheid. The famed Mama Africa — or Miriam Makeba — lost two members of her family in that hail of gunfire and, in a roundabout way, her access to South Africa. Already a long time resident of the United States, Makeba’s South African citizenship was officially revoked by the apartheid state in 1962.

Though she wouldn’t be able to return to her homeland until 1991, the years between saw her traveling, performing, and living all over the world. She made best friends of folks like Harry Belafonte, Nina Simone, and Dizzy Gilespie while recording several albums, embarking on many tours, and generally maintaining wild success in her music career.

Over the course of her life, Makeba would collect five husbands, but even more impressively, she collected passports from nine different nations, thus saving her from statelessness during her 30 years of exile. Along with her native South Africa, Makeba would attain papers from Ghana, Guinea, Tanzania, Sudan, Algeria, and France. Possibly most interestingly was her 1972 acquisition of a passport from Cuba, which was issued by Fidel Castro himself.

In November 2008, she began to feel ill while performing at the Castel Volturno in Italy and had a heart attack during her hit song, Pata Pata. She was delivered unconscious to a nearby clinic where physicians were unable to revive her. At 76 years old, the extraordinarily talented and traveled Zenzile Miriam Makeba died some 6,000 miles away from the Johannesburg-adjacent township that she was from. 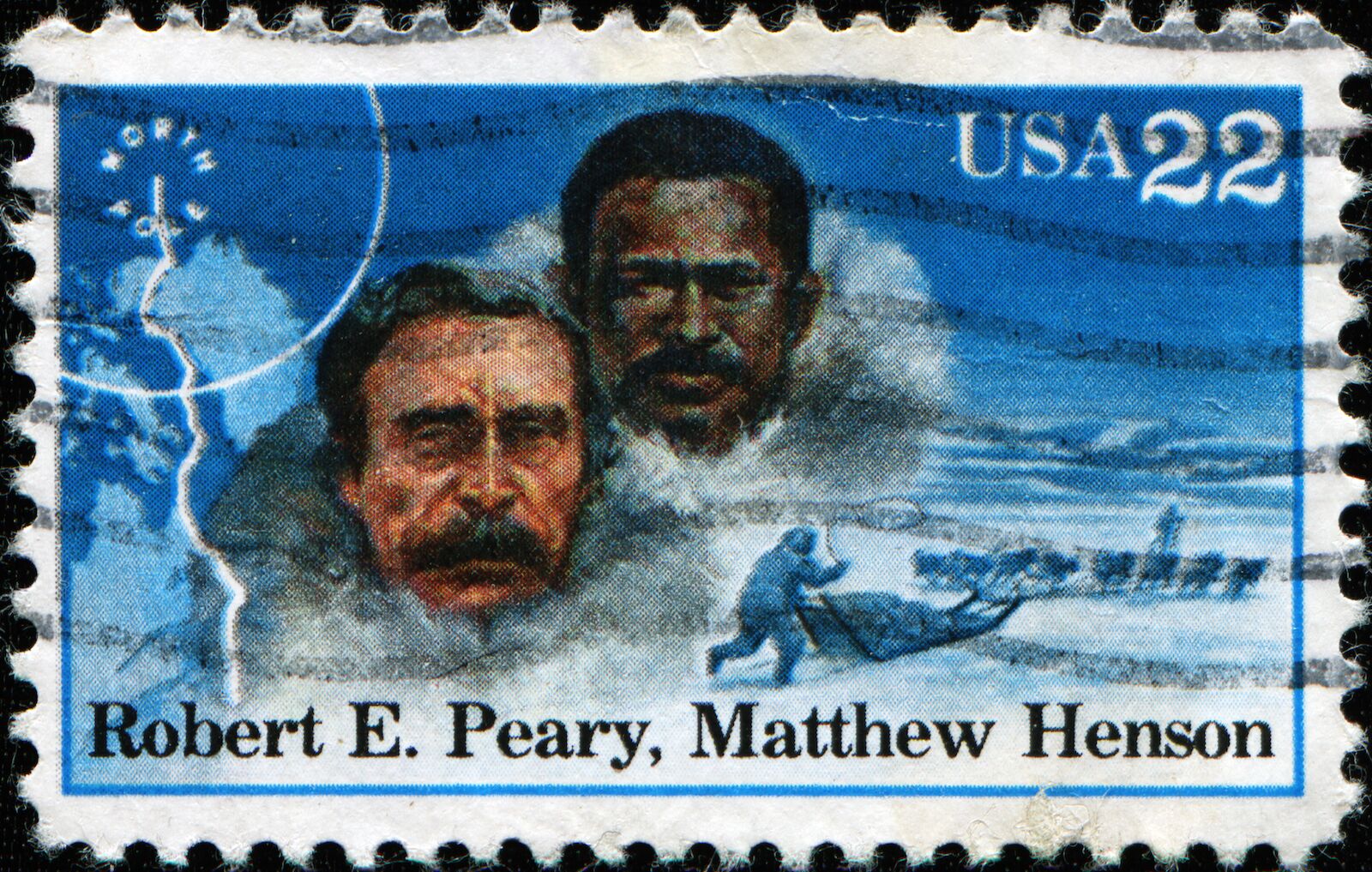 “The path is not easy, the climbing is rugged and hard, but the glory at the end is worthwhile.”

In the fall of 1909, Matthew Henson looked back at his longtime boss and benefactor, Robert Peary, who, be it from frostbite or exhaustion (there are conflicting accounts), was reclined in a dogsled deep inside the Arctic. Braced against the cold and armed with only simple tools, Henson trudged ahead with a few Inuit expeditioners and, without guidance nor direction from Peary, planted the very first flag at the north pole, which bore the colors of the United States.

Though there was a competing claim filed by Frederick Cook, the National Geographic Society and the Naval Affairs Subcommittee both validated Peary’s expedition claim to having reached the pole first. But because they were all Americans in the early 20th century, the acclaim that Henson deserved went to his white boss, Peary, even though he was sled-bound while his Black employee, Henson, completed one of the most important expeditions in history.

Not until 1937 would Henson really begin to receive the credit for his incredible accomplishment. That was the year he was admitted to New York’s Explorers club, and 11 years later, this membership was promoted to an honorary one. Three presidents eventually honored Henson. Two of them, Dwight D. Eisenhower and Harry Truman, did so before his death in 1955. The third was Ronald Regan, who oversaw his reinterment at Arlington National Cemetery in 1988. 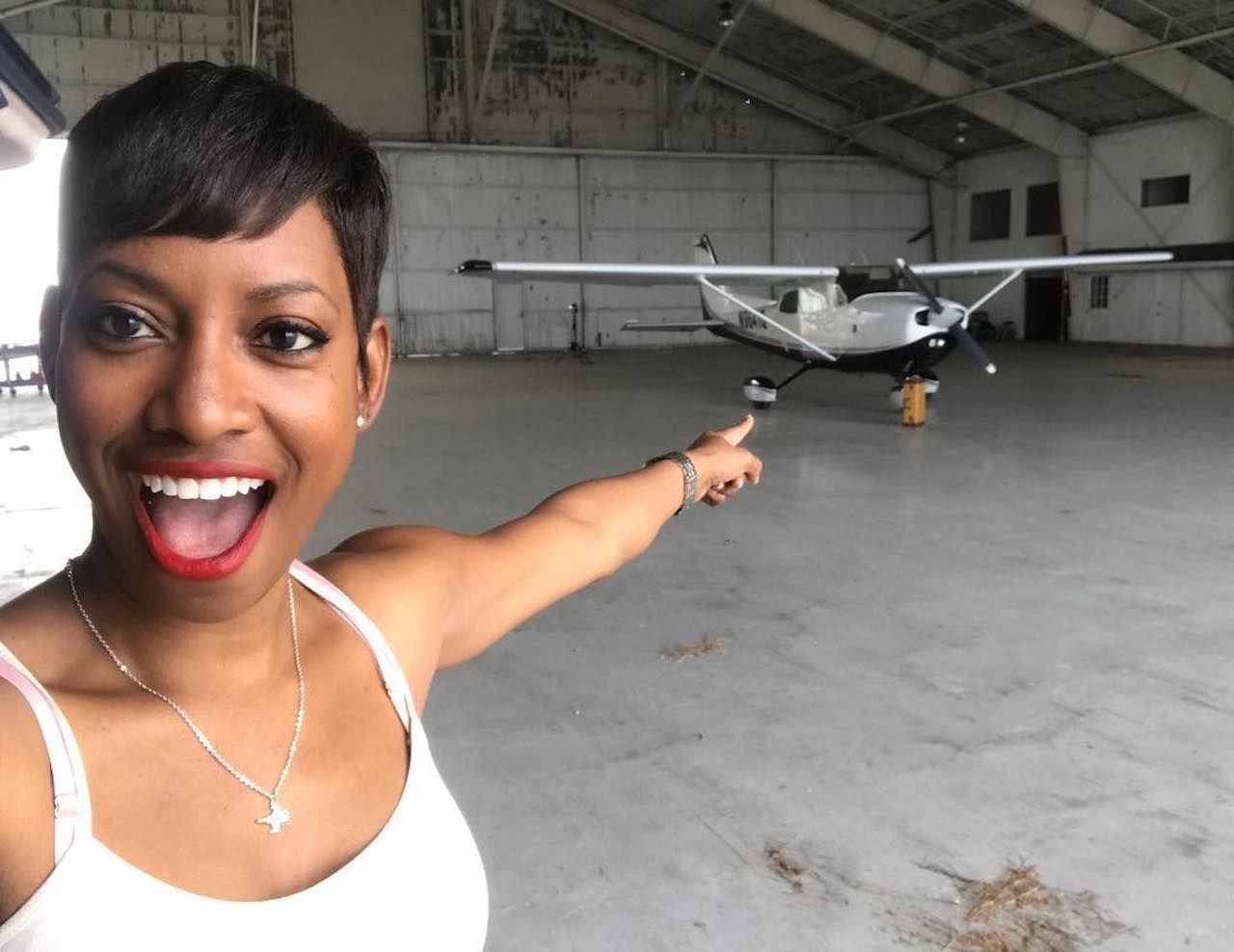 “As a woman and as a Black person, in order to get into these spaces, we have to be overqualified.”

In the spring of 2011, Kellee Edwards waited in a long line at the Travel and Adventure Show in Long Beach, California, to meet the Travel Channel’s Samantha Brown. That day, as a mere fan at a trade show, Edwards shared with Brown that she, too, would like to host her own show on the Travel Channel one day.

Saddled with this somewhat vague dream, her first task would be to increase her skill set. She would have to be able to offer something no one else could in order to appeal to the network executives. To that end, she became a certified diver, a licensed pilot, and an accomplished mountaineer. She already had a degree in broadcast journalism from Howard University, so in hindsight, it’s easy to see how her show, Mysterious Islands, premiered on the Travel Channel in 2017, just six years after revealing her secret dream to a fellow host at a trade show.

Originally from Chicago’s South Side, Edwards credits her wanderlust to a trip she endured on a Greyhound bus when she was young. Through the windows of that bus, she saw mountains for the first time, as well as many landscapes that she didn’t realize even existed growing up in the city. When she disembarked in San Bernardino, California, where she would spend the rest of her childhood, she was forever changed, and she has sought the secrets of the wide world and the great outdoors ever since.

“Find that strange balance between humility and confidence and manage it well.”

In Nigeria in 2011, fashion designer Jeffrey Kimathi and filmmaker Wanuri Kahiu made a new, American friend who they decided to show around town. Brought together by Social Media Week Lagos, these three visited some of the finest restaurants, best clubs, and most interesting spaces that Lagos has to offer. Although she was already very traveled, their American friend, Cheraé Robinson, was unfamiliar with the bustling, contemporary, and innovative city. That night she committed herself to bring this part of African culture to the rest of the world, and four years later she launched Tastemakers Africa, an app that connects local guides from African metropolises to tourists.

Between that night in Lagos and the launch of her app, Robinson traveled all over Africa, consulted with a myriad of other Black entrepreneurs, and even won $10,000 in start-up capital in the SheLeadsAfrica pitch competition. Part of the reason she has seen such incredible encouragement is that her vision for the business goes far beyond a simple tourism brand: She is positioning herself and her company to be an agent of the fundamental change in the way the world views the African continent.

By dismissing the pervasive narrative that keeps Africa exoticized and pitied, Robinson aims to foster more honest cultural exchanges by allowing its own citizens to be the purveyors of the African experience. To a lot of the rest of the world, Africa is merely seen as a place to go on safari or volunteer, but by proving the available variety of African experiences, Robinson believes that conceptual ideas about Africa and Africans will begin to change as well, all while supporting legitimate African creatives in their cultural pursuits.

The eldest of five children, Robinson, originally from Long Island, New York, is a trained scientist, having studied biology at Morgan State University in Baltimore. She sees this as a huge asset to her business even though Tastemakers heavily relies on creatives and their pursuits, and she credits her analytical mind for much of her success.

Black TravelWhat It’s Like To Be a Black American Woman Abroad During COVID-19
Tagged
Black Travel
What did you think of this story?
Meh
Good
Awesome

How Two Digital Nomads Founded a Directory for Black-Owned Airbnbs