As we ramp up travel to international destinations, let’s remember that where your dollar goes counts. Tour operator 2WheelEpix ensures this by using the ever-growing popularity of mountain biking to provide a lasting benefit for rural communities in Latin America. In this week’s Climate Win, we chat with the adventure company’s founder.

The company takes mountain bikers on multi-day tours to far-flung destinations including the Sierra Norte mountains of Oaxaca, Mexico; Ecuador’s CotoPaxi and Chimborazo volcanoes; and Peru’s Sacred Valley outside the high-altitude city of Cusco. These countries are now open to US travelers although some testing requirements and in-country curfews may be in place.

The expeditions are as focused on hitting as much epic singletrack as possible as they are on ensuring that the impact on the places visited is as positive as the experience of the riders who visit them.

“My whole goal is to build these tours where all these rad trails are, to support local economies,” Tony Martin, founder of 2WheelEpix, tells Matador. “Not only are these areas something people want to see and ride their bikes in, but we have the ability to go in and stimulate those economies.”

Each location Martin and his team guide at is selected on two factors — the potential for massive downhill descents and the ability to immerse in the destination by employing local residents and giving back to the community.

“I go on Google Earth and find countries with large elevation drops,” Martin says of how he landed on the company’s three current tour locations. 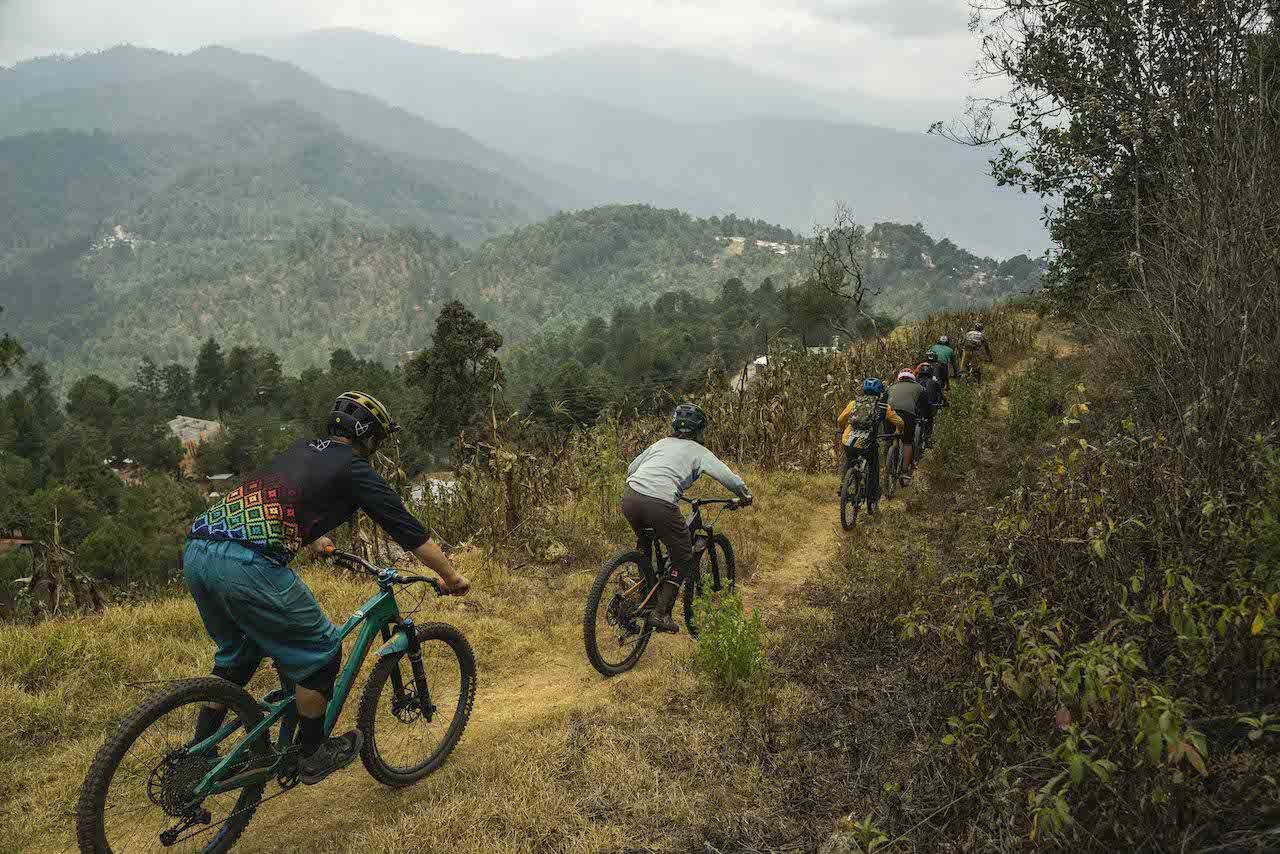 Once a location is identified, Martin builds relationships there by visiting and speaking with local community leaders to develop a sustainable tourism plan. Once permission and support are granted, tours are built to include food and stays prepared locally. Marin visits public leaders and private homes in every community where the company operates to build these relationships.

Growing up in Sun Valley, Idaho, where 2WheelEpix is based, Martin developed an early passion and fell in love with mountain biking while at college in Durango, Colorado. Through the bike, he began exploring the Andes, attending traditional ceremonies, and connecting with communities. He spent time doing humanitarian work in Bolivia and moved to South America for a while, captivated by its rugged Andean peaks and the potential for adventure offered by the forests that blanketed these mountains.

While teaching English in Cusco after college, Martin rented a mountain bike and met up with a local guide. The idea for 2WheelEpix was born.

“I got obsessed with seeing all these really cool Indigenous communities and with exploring the Andes,” he says.

From the start, the focus has been to stimulate local economies through outdoor recreation. 2WheelEpix pays local kids to build and maintain trails in their Peru and Ecuador tour destinations and buys the supplies needed to do so.

“I try to build an itinerary that brings as much money to local businesses as possible,” Martin says.

In Bolivar, one of the poorest regions of Ecuador and the location for the company’s Ecuador operations, cultural tours happen at local cane sugar operations, for example, and meals are sourced from local cooks using traditional ingredients and recipes. Lodging is sourced locally, often in the form of a guest house or small hotel.

Martin confidently states that 70 cents of every dollar spent on his tours goes into local economies. The ultimate goal in Bolivar is to create trail networks that locals can adopt as their own, and host not only tourists but also themselves and others from around the country. To up the stoke, 2WheelEpix hosts riding workshops with local kids to teach biking skills and maintenance. 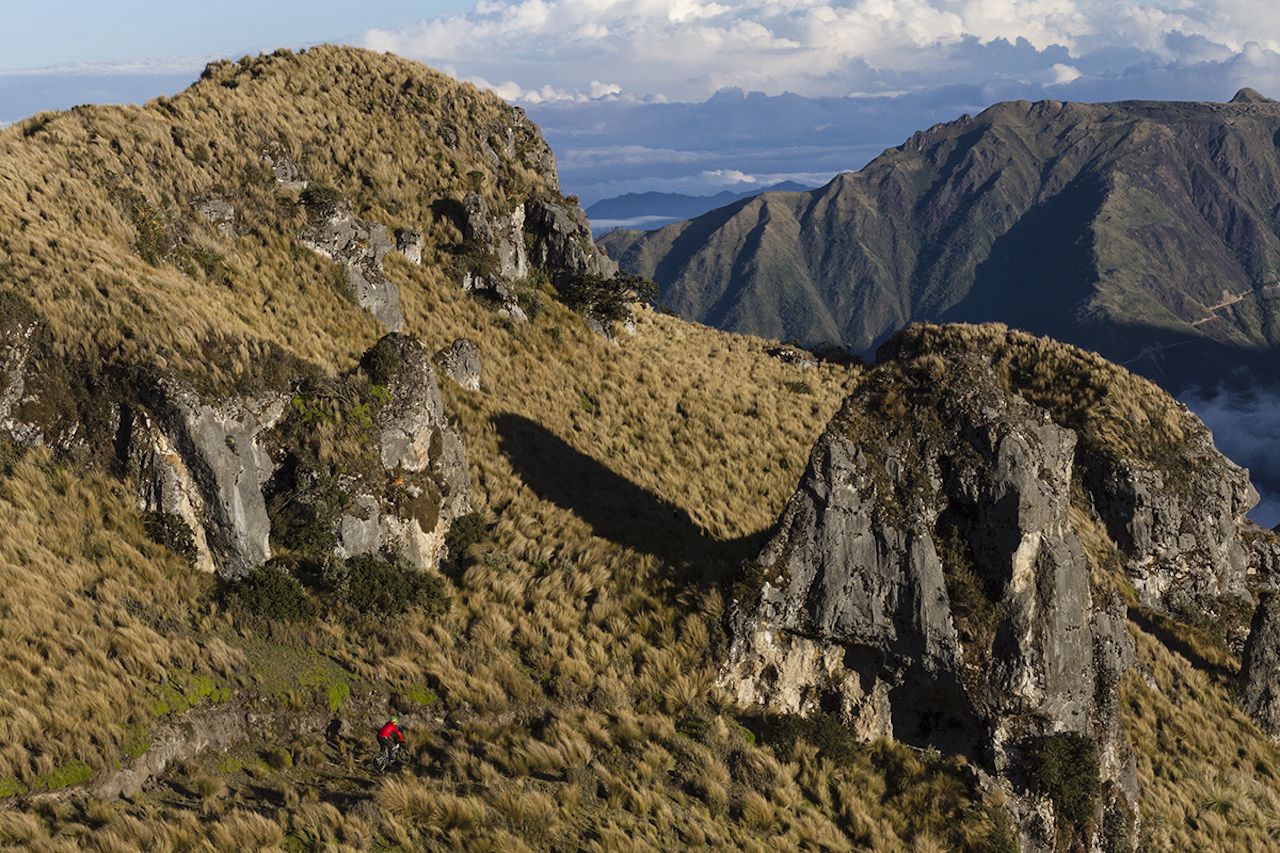 “When you come off the mountain, there are 10 to 15 kids running up to you the last half mile,” Martin says. “It’s so awesome to see their level of excitement.”

Martin and his team recently founded a foundation in Ecuador to bring products made in these communities to nearby cities for sale. It also collects bikes to send to local kids.

“It’s all about building alternatives,” Martin says. “People are starting to understand that this mountain biking thing could be sustainable for [them].”

The United Kingdom will cease operating all coal-fired power plants in October 2024, Forbes reported. This pushes the initial deadline for quitting coal forward by a full year, though the country still plans to mine coal for export — if anyone is buying.

France’s top administrative court ordered the country to speed up its progress towards reaching its goal of cutting emissions 40 percent below 1990 levels by 2030, The Guardian reported. The court noted that the country must take “all necessary steps” in the coming nine months to ensure it reaches the goal.

A proposal that could force shipping companies to pay $100 for every metric ton of carbon dioxide equivalent they emit will be discussed at meetings of the International Maritime Organization at its meetings in October, Grist reported. The industry’s emissions account for three percent of global emissions.