An initiative from North Carolina-based nonprofit group Carolina Waterfowl Rescue is living proof that upcycling can be used to save lives.

The organization, which provides sanctuary, rescue, and rehabilitation services to a wide variety of wildlife, has recently been inundated with a high number of injured turtles, many of which have had their shells fractured after being hit by cars, boats, and even lawnmowers. A fix was in order to keep the shells of these poor reptiles together, and it was found in part of an everyday clothing item — the simple bra clasp.

The group found a way to use discarded bra clasps as an anchor to keep broken turtle shells together with wires to help them heal. 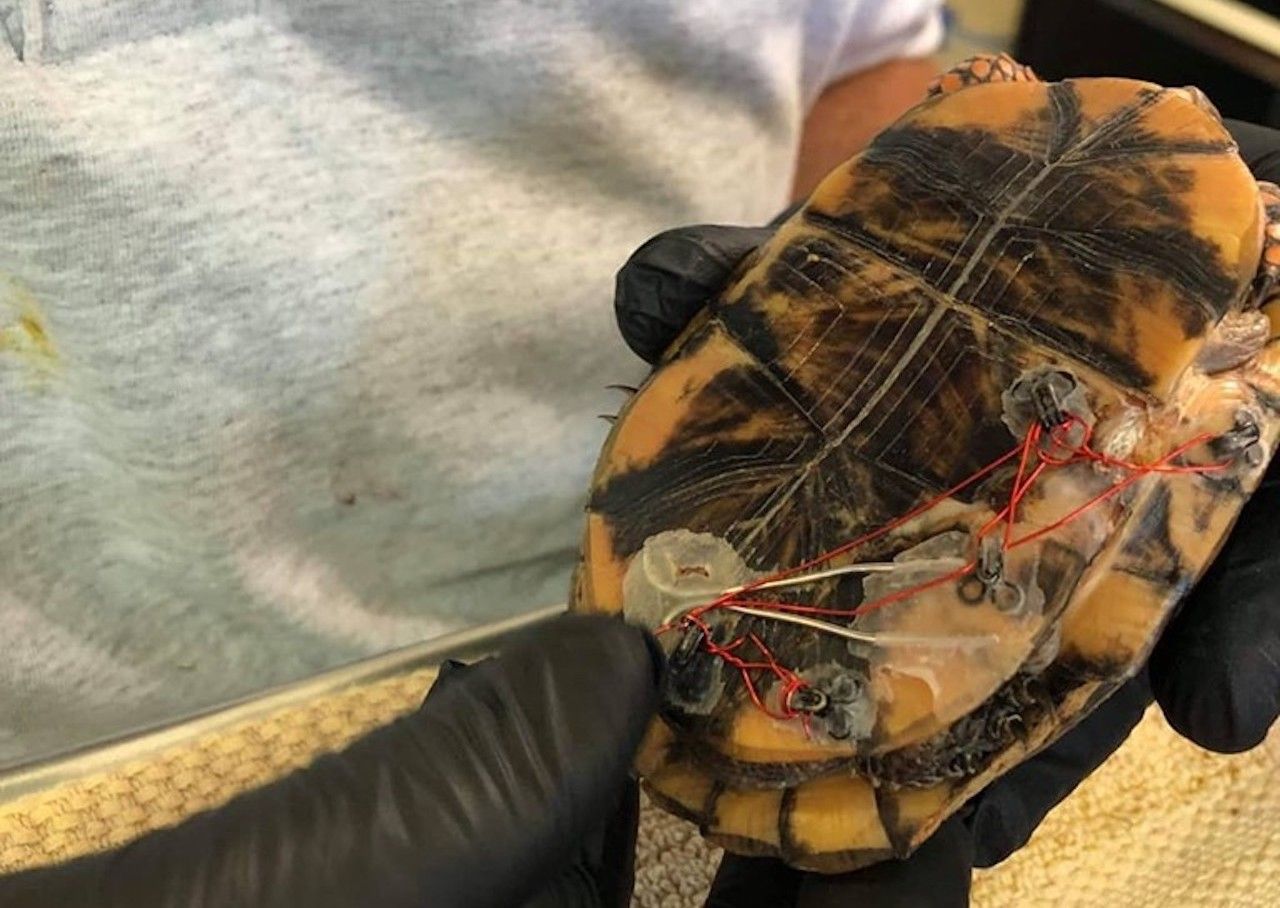 Turtle injuries are common this time of year, as many species move inland to lay eggs in the spring and often attempt to make their way across roadways and other busy areas. Smithsonian reported that the organization has been taking in as many as 40 injured turtles per week.

After putting out a Facebook post asking for bra clasp donations (and crediting Iowa’s Wildthunder Wildlife & Animal Rehabilitation and Sanctuary that first had the idea), the organization has received more than enough for this season. The group is now asking those wishing to send a bra clasp to instead donate the few dollars it would take to ship the clasps to them. “If everyone did this the turtles would never want for anything again,” the group wrote via its Facebook page.

Insider GuidesThe Best 8 Places To See Some of the World’s Most Majestic Animals Up Close
Tagged
Activism News Wildlife
What did you think of this story?
Meh
Good
Awesome