There aren’t many travel experiences more rewarding than having a close encounter with a wild animal in its natural habitat. Be it a tiger, a whale, or a platypus, it is about watching the animal go about its day and being briefly accepted into its world.

The trick with wildlife-watching is knowing where to go and managing expectations. Close encounters with wildlife are rare and hard to come by. But, you can improve your chances of an unforgettable experience by traveling to wildlife hotspots where animals are more tolerant of people.

Here are the 8 best places to travel for wildlife: 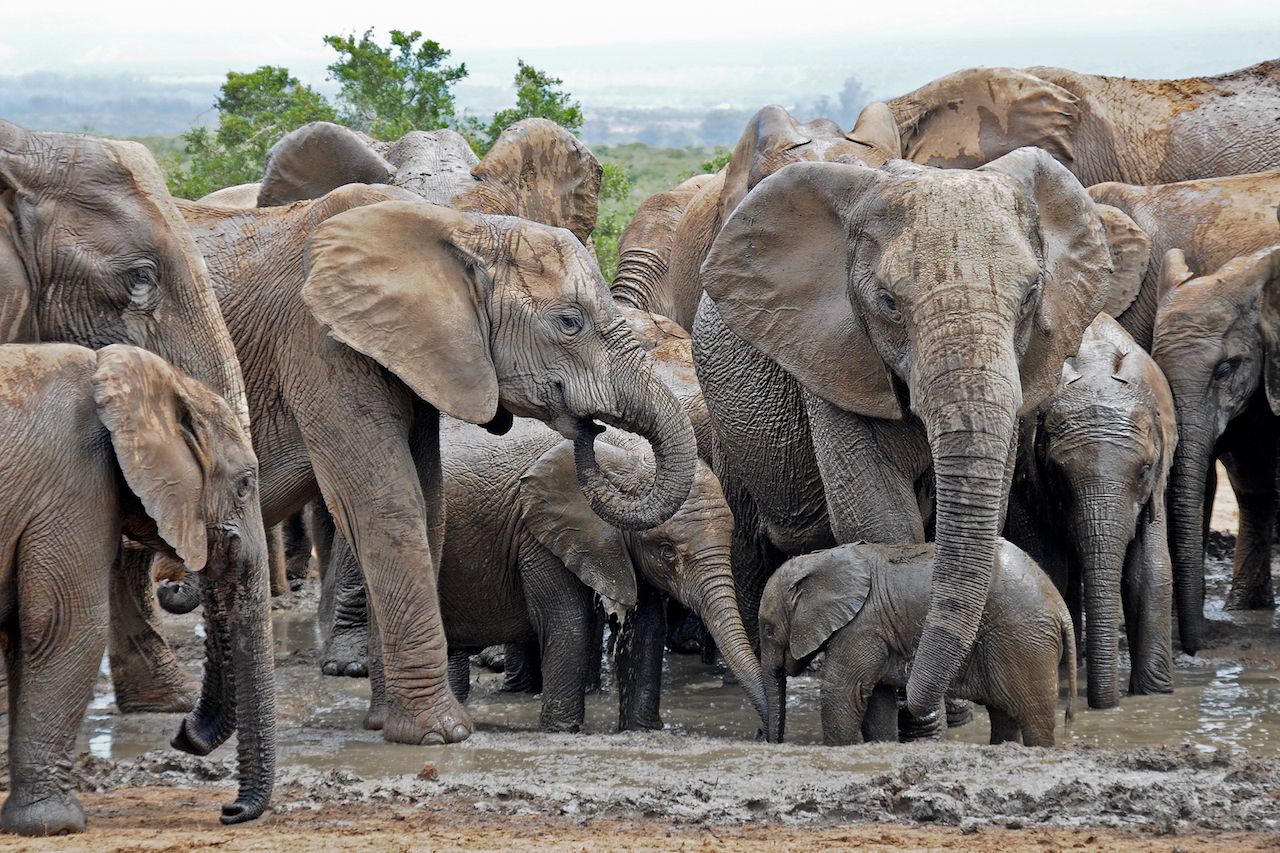 African elephants are not difficult animals to spot on the savanna. But for a truly close encounter, head to Addo Elephant Park in South Africa. Elephants are everywhere you look in Addo: a group of young bachelors cooling off in the shade, a massive tusker strolling across the savanna, a large herd led by a matriarch to the watering hole.

The specially-constructed hide near a watering hole gives you a front-row seat to one of nature’s most majestic sights: a family of elephants interacting and caring for their young.

Apart from the elephants, Addo is a good place to see kudus, red hartebeests, elands, buffalos, and many small creatures from mongooses and meerkats to the rare flightless Addo dung beetle.

How to visit: You can visit the park independently on a day trip from Port Elizabeth, or for a truly immersive experience, stay at Addo Elephant Lodge & Safari.

Seeing a tiger in the wild is one of the most iconic wildlife experiences, and one of the best places to see the endangered big cat is Kanha Tiger Reserve. Lying roughly in the middle of India, Kanha is the world of Kipling’s Jungle Book, and most of Jungle Book’s wildlife can be found in the park: Bengal tigers, sloth bears, jackals, leopards and Indian wolves.

For the best chance of spotting a tiger, visit between March and May, when the forest is dry, and tigers prefer to stay near the last remaining watering holes.

Kanha is also the only place on the planet where you can see the endangered hard-ground barasingha in the wild. The successful conservation efforts in the park have brought this handsome swamp deer back from the brink of extinction.

How to visit: Explore the park and stay at the eco-friendly Kanha Village Eco Resort to support the local sustainable tourism initiative.

Of all the wildlife-watching hotspots in Borneo, lower Kinabatangan River is where you are most likely to experience wildlife up close. Surrounded by the oil palm plantations, the forest on the river banks is the safe haven for an incredible variety of wildlife.

By day, the river is the world of primate and birds. Critically endangered Borneo Orangutans, endangered proboscis monkeys — odd-looking primates unique to Borneo — and macaques forage in the canopy while at least four species of hornbill fly overhead.

By night, the river is the domain of the nocturnal creatures such as the Philippine slow lorises, Western tarsiers, Borneo pygmy elephants and even the endangered flat-headed cats.

How to visit: One of the best tour operators on the river is the Sukau Rainforest Lodge.

Stretching across almost a third of the Osa Peninsula on Costa Rica’s Pacific coastline, Corcovado National Park protects the last remaining old-growth wet forest, and some of the most endangered wildlife in the country. After being protected from hunting and poaching for over four decades, the animals in the park are uniquely relaxed in the presence of people and allow for some incredibly close encounters.

Don’t be surprised if white-nosed coatis and collared peccaries approach you on the trails around the Sirena Ranger’s station.

How to visit: Corcovado Expeditions, based in Drake Bay, have a range of wildlife-watching tours to Corcovado wilderness.

Located just off the coast of South Australia, Kangaroo Island is all about wildlife. It is even named after one of its more numerous inhabitants. The most epic wildlife attraction on the island, however, is not the kangaroos, but the breeding colony of the endangered Australian sea lions.

The National Park’s rangers offer guided tours that take you right into the heart of the colony. Down on the beach, you can walk among the bulls fighting for dominance, young pups learning to swim, and mothers suckling their young.

The tours follow the policy of “observe, but don’t interact” and as a result, the sea lions are incredibly tolerant of people’s presence.

Apart from the sea lions, the island is home to New Zealand fur seals and Australia’s most iconic species such as eastern grey kangaroos, Tammar wallabies, koalas, short-beaked echidna, and platypus.

How to visit: Sealink offers full-day wildlife-watching tours on the island. Or, if you are visiting the island independently, book the Seal Bay tour with the National Parks South Australia.

While the Amazon usually gets all the attention as a wildlife-watching destination, the Pantanal is a much better place to see South America’s wildlife up close. It is one of the world’s most spectacular wetlands and has an incredible density of wildlife.

Most of wildlife-watching on the Pantanal is centered on the river cruises. The water serves as a natural barrier between the people and the wildlife, which means that the boats can approach the animals quite closely without disturbing them.

The Pantanal is the best place in the world to see a number of threatened species including the endangered giant otter, jaguar, hyacinth macaw, South American tapir and the giant anteater.

How to visit: For the best chance of spotting the jaguar, arrange your trip with an experienced and dedicated local guide from Pantanal Trackers.

The Ruoergai Grassland is not a well-known wildlife-watching destination. In fact, it’s not a well know destination at all. And that’s the beauty of it.

This sparsely-populated high-altitude grassland in the remote northern tip of China’s Sichuan province on the edge of the Tibetan plateau has the feeling of the final frontier. Inhabited primarily by the Tibetan nomads, the grassland is a vast expanse of high altitude hill country in the Himalayan foothills.

The landscape of Ruoergai grassland is as vast as it is dramatic and some of the wildlife found here is rarely encountered elsewhere.

It is the best place in the world to see the elusive Chinese mountain cat — a cat so rare that not much is known about its life in the wild. It is also home to Pallas’s cats, Tibetan wolves, Tibetan foxes, Himalayan marmots, and hundreds of Grassland pikas — the cats’ favorite prey.

How to visit: Ruoergai Grassland is best visited with a local guide, such as Sichuan Birding.

Located just over 70km from Hua Hin, Kaeng Krachan is Thailand’s biggest national park, and one of the best places to see the country’s wildlife.

There are two campsites in the park: one at the foot of the mountain and one at the top. The giant fruiting tree at the lower campsite attracts a phenomenal variety of wildlife including dusky leaf monkeys, giant squirrels, great and oriental pied hornbills, and a multitude of other bird species.

You can see more wildlife in this tree in a single morning than you would in a week elsewhere in Thailand. At night, the campsite is visited by Malayan porcupines and Common and masked civets.