Amazonas and Pará, two of Brazil’s northern states, cover extensive territory, including the world’s largest rainforest. With such lush greenery comes diverse ecosystems, dense vegetation, and species largely unheard of outside this region. One of those is jambú, a numbing plant used locally that requires a visit to the north of Brazil to fully experience.

Also known as toothache plant or paracress in English, jambú (scientific name acmella oleracea) is a leafy green plant with a sizeable anesthetic property that comes from the compound spilanthol. It’s often used in remedies for tooth pain (hence the moniker “toothache plant”). Beyond this feature, jambú is praised for being high in Vitamin C, as well as purportedly having aphrodisiac properties. The extract is regularly used in teas and infusions for its anti-inflammatory, antioxidant, anti-asthmatic and diuretic effects.

All of these things aside, it’s also an extremely interesting plant to consume.

Jambú numbs the mouth when ingested, stimulates salivation, and has a cooling effect. These characteristics make recipes with jambú unique both in flavor and sensation. Perception of taste is altered through the experience, and some people have an easier time tolerating spice after eating jambú. The leaves of the plant are most typically used in cooking, though the yellow flowers are also edible. Yet few regions cook or infuse food and drink with the plant outside of northern Brazil.

Jambú grows in hot and humid climates and is a significant part of the Amazonian and Paraense culture. Generally, it’s farmed in small quantities by families; however, in recent years, demand has increased and more commercial farming exists. Some jambú and jambú products can be found in restaurants in cities like Rio de Janeiro, but it’s few and far between.

With a taste similar to watercress, jambú can be used both raw and cooked. Keep an eye out for these local dishes when you find your way to the north of Brazil. 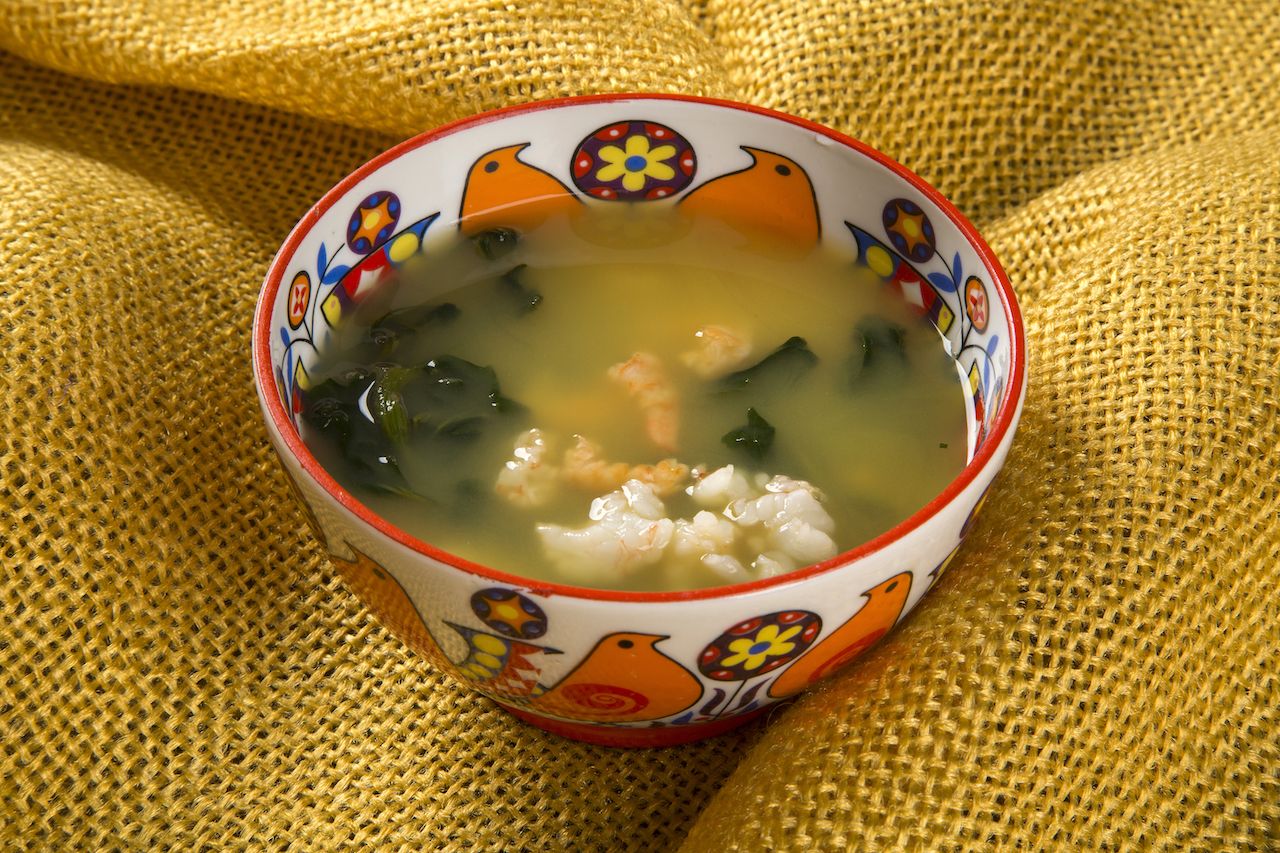 Walk around the capital cities of Manaus or Belém late in the afternoon and you are sure to find tacacá vendors on the streets. This flavorful soup is made from tucupi, goma de mandioca, jambú, and shrimp, all local ingredients. Tucupi, the bright yellow sour broth of the soup, is made from juice extracted from mandioca (also called manioc and cassava) pulp which has been fermented and boiled. Proper preparation of mandioca is crucial as it contains cyanide, which is removed through the cooking process. Goma de mandioca, or tapioca starch, sits at the bottom of the soup and looks like a pile of gloop. Dried shrimp are added to the broth, as well as a serving of jambú leaves, providing a tingling and numbing effect. It’s always served in half a hollow gourd, often with a plastic basket beneath it to protect your hands from the heat.

Tucupi is once again used as the base of a local soup. In this version, duck, garlic, jambú, and lemon make up the ingredients of this special dish. The duck is roasted or marinated and pan-fried. Duck broth and the duck meat are then added to tucupi and served with farofa (toasted and grated cassava). 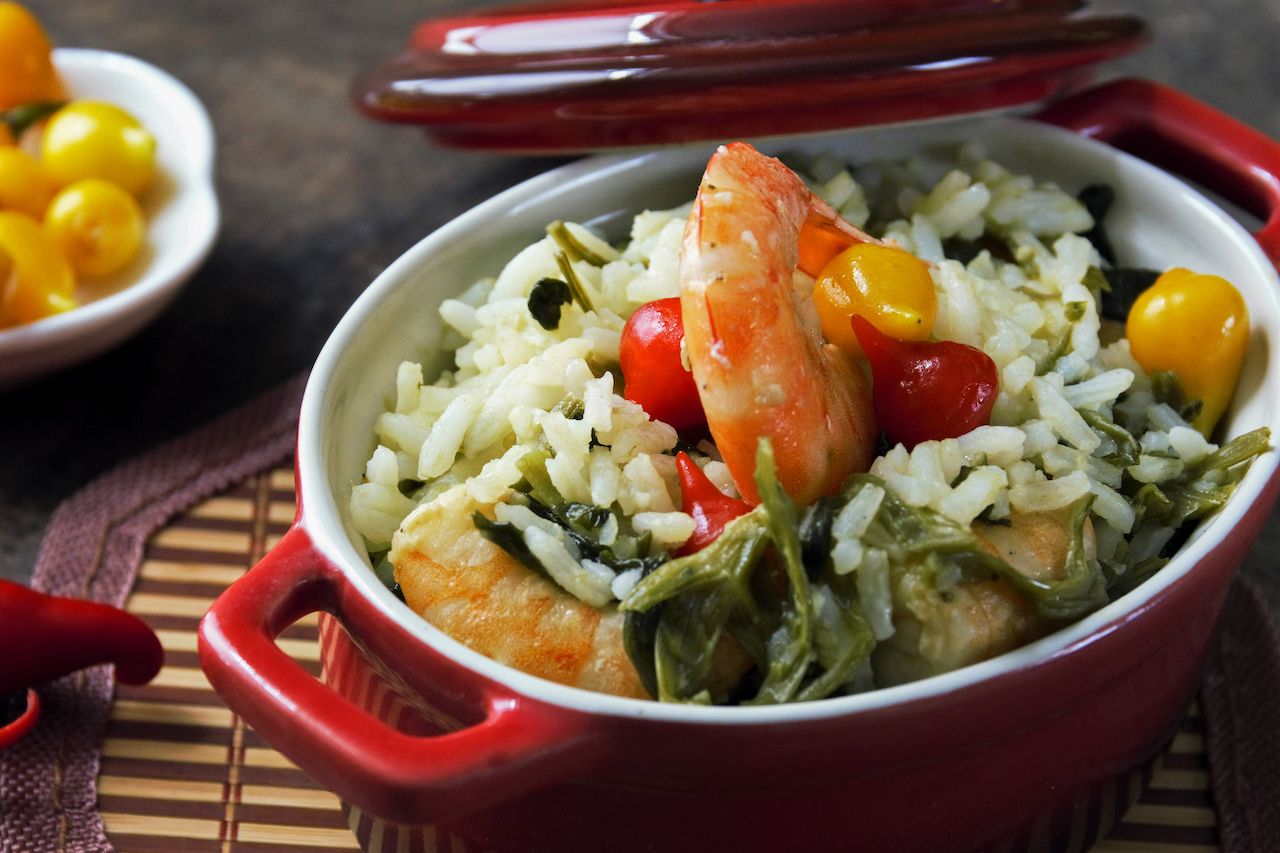 Popular as a side dish in the state of Pará, rice with jambú is the perfect addition to meat, fish, and other main dishes. The jambú leaves are generally pan-fried, chopped, and mixed into rice cooked with onion and garlic. Tucupi can also be used in the preparation of the rice.

Keeping it simple, jambú leaves can be eaten raw in salads, similar to watercress or spinach. The numbing effect is highest when the leaves are uncooked. 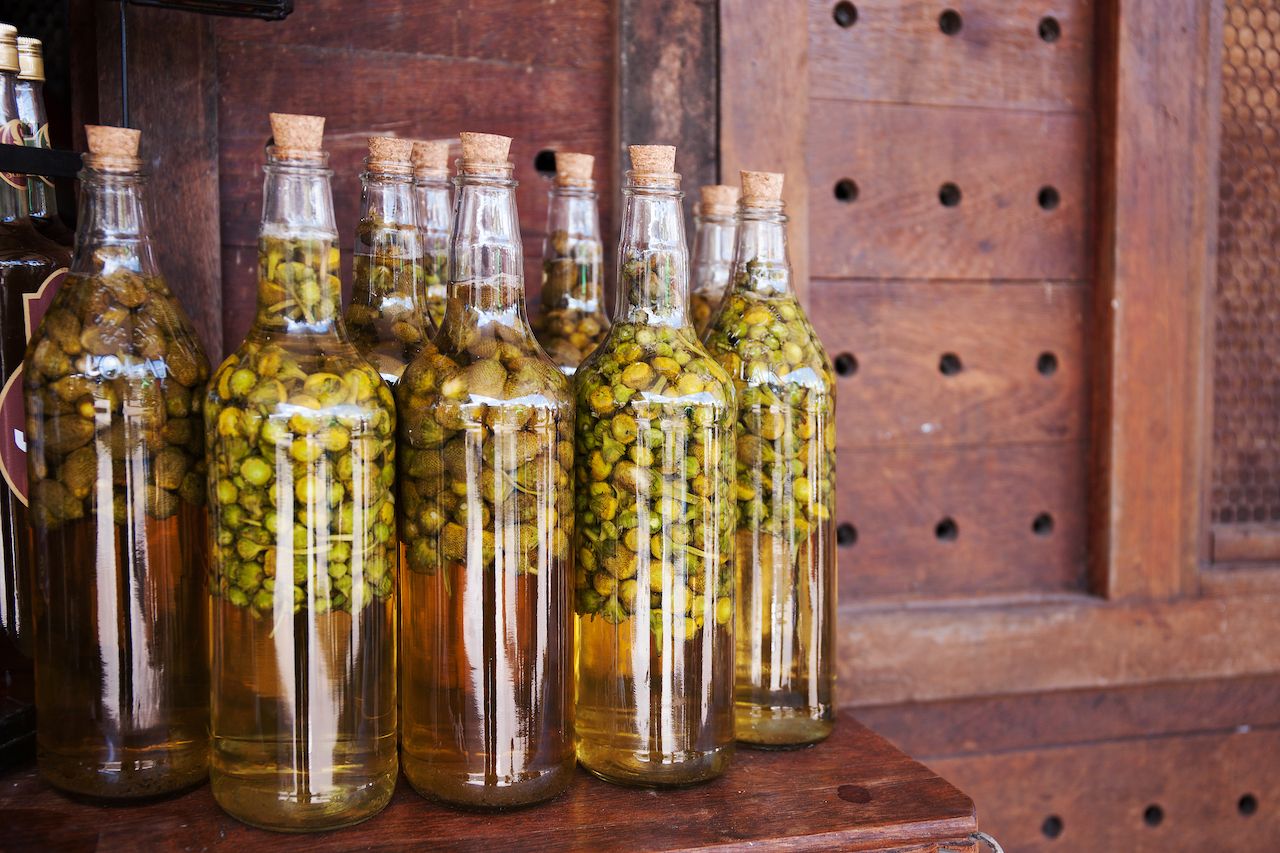 Any talk about Brazilian food and drink must include cachaça, the sugarcane spirit of Brazil. Patented by a bar owner from Belém, Cachaça de Jambú is a must when you are in the north of Brazil.

Cachaça can be infused with either jambú leaves or the more potent flower, making a shot of this spirit both numbing and strong. Lips, tongue, and throat are ignited with a tingling, numbing, mind-spinning sensation at the first sip. For the full experience, take a gulp and swirl the cachaça in your mouth for seven seconds to maximize the characteristic numbing effect. Enthusiasts attest that the second, third, and subsequent shots go down smoother. Kissing someone who has had a shot of Cachaça de Jambú will not go unnoticed!

Purists might tell you that technically this infusion does not meet the criteria to be named cachaça, but this is regularly disregarded.

Dessert8 Sweet, Fruity, and Savory Brazilian Desserts You Need in Your Life
Tagged
Food + Drink Brazil
What did you think of this story?
Meh
Good
Awesome