Breakfast is one of the most controversial meals of the day, especially in the UK. While eggs, pancakes, and cereal may reign supreme in most US households, the British take breakfast to a whole new level with a pretty wide and diverse range of preferred foods. From bacon sandwiches in Sheffield to a “proper fry up” in Edinburgh, it can be pretty difficult to keep all the options straight. Luckily the Great British Breakfast Survey has polled 2,000 adults in the UK and Ireland to give you the definitive answer to which breakfast foods dominate the major regions. 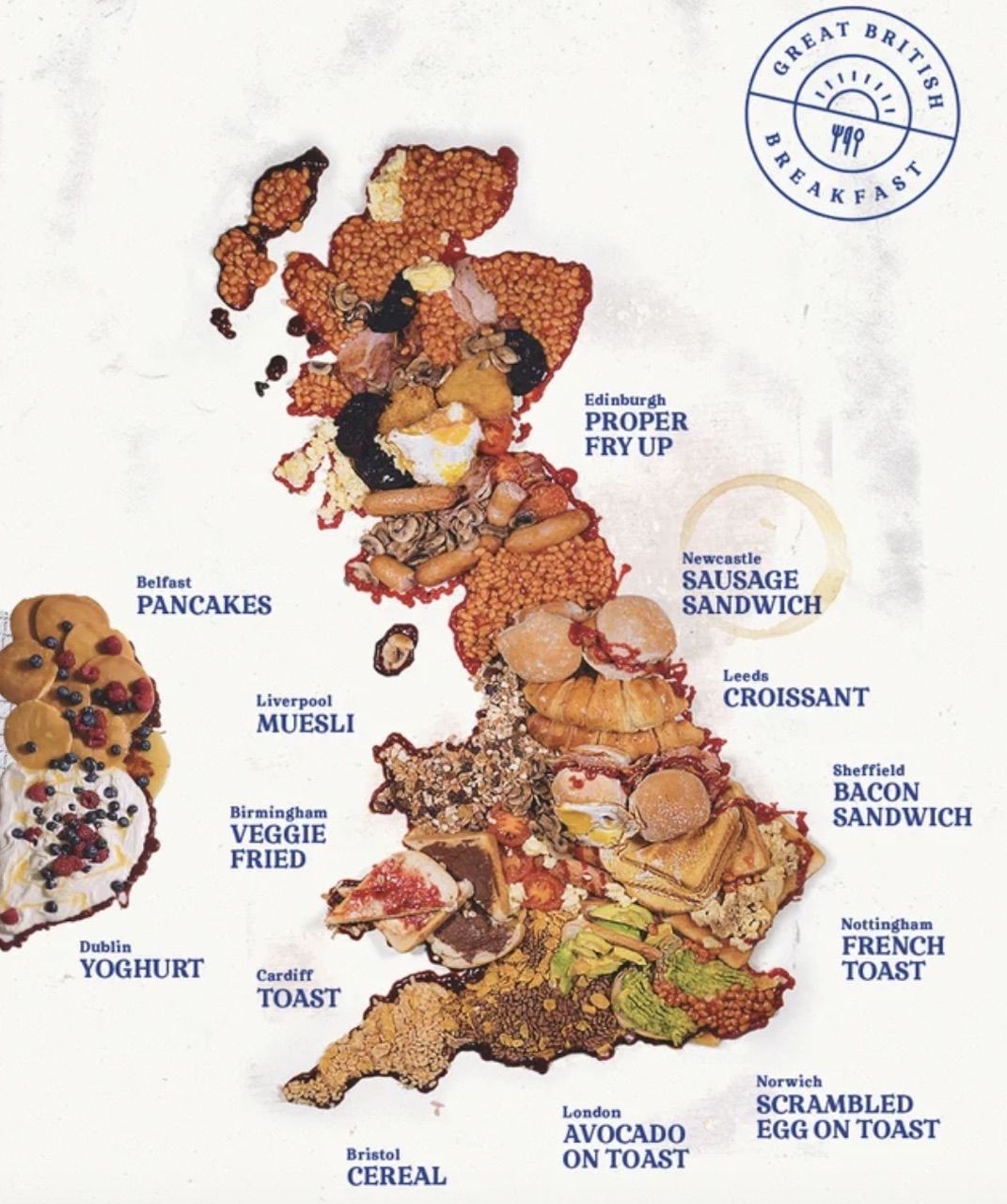 Nothing is more traditionally British than the classic full English, though exactly what items comprise the meal are up for debate. The five most popular items, according to the survey, were sausage, bacon, fried egg, baked beans, and mushrooms, though there are certainly regional variations. One in 10 people in Glasgow, for example, would include haggis as part of their fried breakfast while those in Edinburgh preferred black pudding. In Belfast, 40 percent of those surveyed said that potato bread was an essential part of their fried breakfast while 38 percent of Birmingham residents opted for vegetarian sausage.

With so many hearty breakfast options on the table, it is perhaps surprising that Liverpool’s top choice is muesli and Bristol’s is cereal. Leeds might have the most controversial pick, however, with 25 percent of respondents saying that they prefer plain white toast. Dublin keeps it simple as well, choosing yogurt over eggs, meat, and veggies.

Kay Knight, marketing manager at Park Resorts, said that while breakfast foods may be divisive, “There is one thing that unites us across the UK — starting the day off with a cup of tea!”

Watch: What It’s Like To Dine at the Most Expensive Restaurant in the World

I Went To the ‘Vegan McDonald’s’ in Los Angeles. Here’s What It Was Like.