This is actually better than heartwarming because the hatching of baby brown pelicans on Louisiana’s Queen Bess Island doesn’t just bring a smile to our collective faces because of their utter adorability. It also marks a huge milestone in the Coastal Protection and Restoration Authority’s two-and-a-half-year island restoration project, as these chicks are the first to hatch since its completion in February.

“This is one of the first projects we finished with our restoration funds,” says CPRA project manager Katie Freer. “The pelicans started arriving in late February, early March, right after we finished, and these are the first chicks born on the island after restoration.”

Bringing the pelicans back to Queen Bess Island 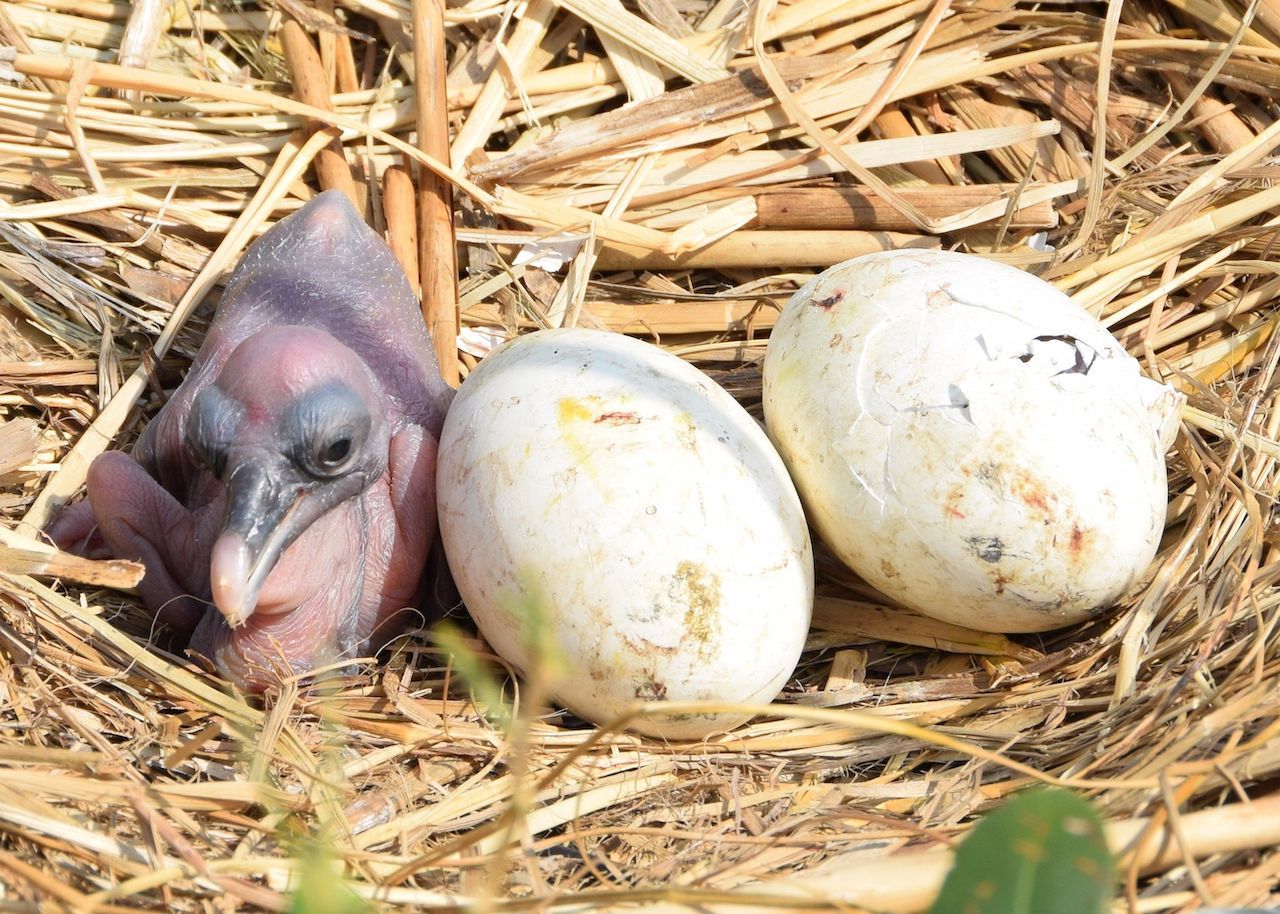 Queen Bess Island is one of the largest breeding grounds for the Louisiana state bird and was damaged heavily after the BP Deepwater Horizon oil spill in 2010. The 37-acre island, which is surrounded by small boulders, was directly oiled, leaving only five nesting acres available for the pelicans.

In addition, Queen Bess faced challenges from erosion and weakened vegetation, which held the sands of the island together. It was also sinking, suffering the same fate as the 70,000 acres Louisiana has lost over the last 10 years to sea level rise and erosion.

“They were literally nesting on top of each other as it continued to shrink,” says Todd Baker, a wildlife biologist with the Louisiana Department of Wildlife and Fisheries.

The dire need for pelican nesting space made the island’s restoration one of the first projects undertaken by the CPRA as part of its $50 billion Coastal Master Plan, much of which is funded by the BP spill settlement. Engineers dredged sand from the Mississippi River, used hay bales to stop sand from washing away, and planted 25,000 native plants like black mangroves, marsh elder, and matrimony vines to help hold the island together.

“The biggest thing we did was elevate the island,” says Freer. “We engineered the project to reach elevations that we believe even factoring in subsidence, that it will stay above the high-water level for decades to come.”

The effort to rebuild a vital species is seeing success

That is good news for brown pelicans, which in addition to being Louisiana’s state bird are also some of the most important to the local ecosystem. “They’re a bioindicator of health of our marshes,” says Baker. “If the food chain is intact, you should have healthy number of brown pelicans. When they decline we know something’s going on, so it’s important they’re preserved.”

Though not endangered, brown pelicans are listed as a species of conservation concern in Louisiana, meaning that though their numbers appear stable, they’re still a long way removed from their natural levels.

If nothing else, this first generation of chicks born on Queen Bess Island are a sign that sometimes good things can come from large disasters. And if the rest of Louisiana’s ambitious master plan can find the same success, there may be great hope yet for the state’s fragile coastline.

Sustainability5 Ways the Environment Has Improved Since the First Earth Day
Tagged
News Wildlife Louisiana, United States
What did you think of this story?
Meh
Good
Awesome

19 Words and Expressions You Should Learn Before Traveling To Louisiana

Louisiana's Classic Holiday Casserole Has a Seafood and Squash Twist