On April 22, 1970, the United States celebrated its first Earth Day. It was created by Wisconsin senator Gaylord Nelson to force the government and populace to pay attention to the impact humans have on the natural environment. Earth Day number one saw 20 million people, a full 10 percent of the US population, demonstrate across the country. Pushed in part by this strong showing, Congress created a federal agency that’s still working to protect the environment today: the Environmental Protection Agency.

Many things have changed in the 50 years since, but Earth Day remains a major day for environmental education and advocacy. Earth Day 2020 admittedly looks a little different due to restrictions put in place to limit the spread of COVID-19. Still, that hasn’t stopped people from urging that we do better — Pope Francis is calling for climate action, and NASA released a video showing how things have changed via satellite imagery, to name a couple.

We’re no stranger to discouraging climate news. Humanity has a lot of work to do before we get to any place that could be considered healthy when it comes to the pollution of our air, land, and water. But that doesn’t mean it’s all bad out there.

Here are some positive trends in the United States since that first Earth Day 50 years ago. 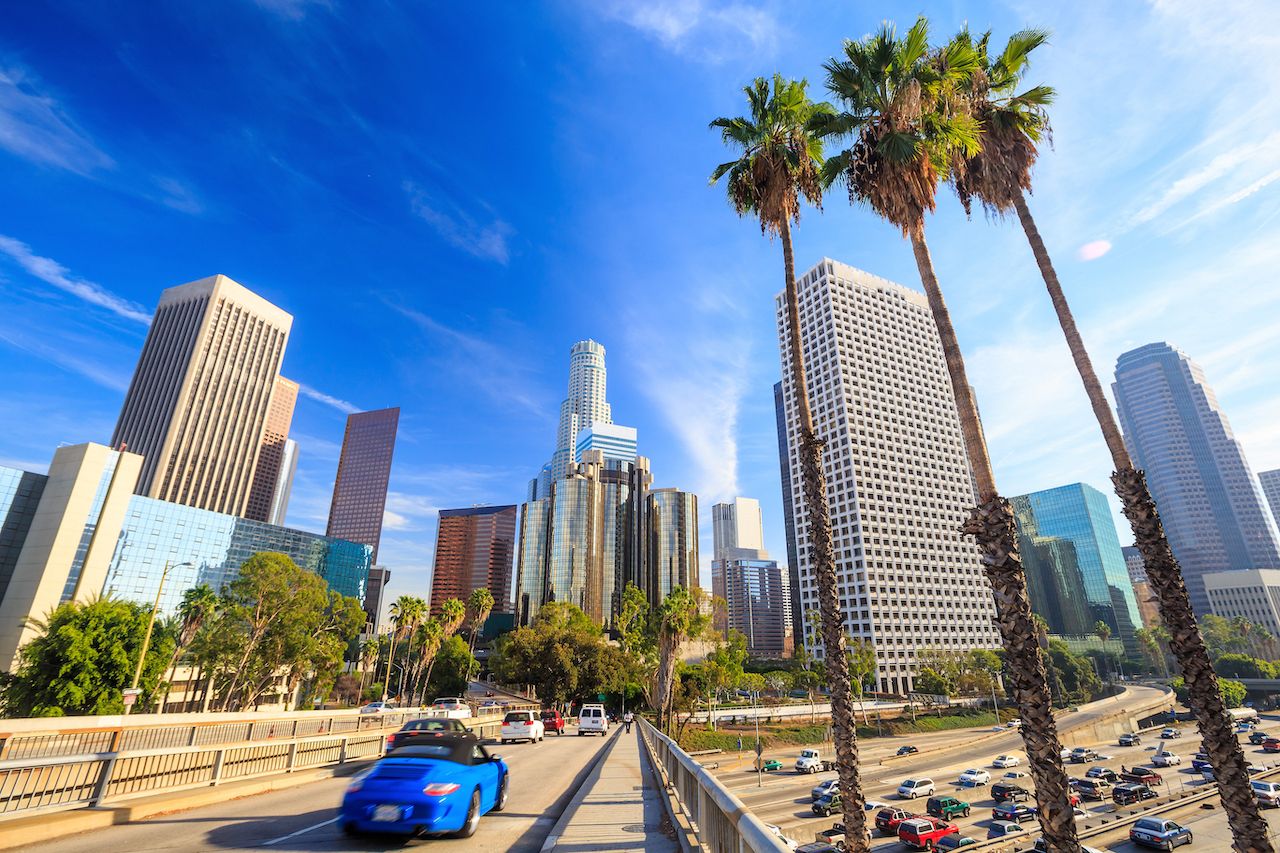 The concentration of three major pollutants — nitrogen dioxide, sulfur dioxide, and lead — has decreased considerably since the first data in 1980, according to Scientific American. The first two are harmful to human health and are part of what’s broadly known as smog while the toxicity of lead is now well known. Lead levels in the air started to drop in the ‘70s when leaded gasoline was swapped for unleaded.

A paper from the National Bureau of Economic Research (NBER) found that air pollution from manufacturing has decreased as well — 60 percent between 1990 and 2008. Overall, even as the population, the economy, the number of cars on the road, and energy consumption grew, the total emissions of toxic air pollutants dropped. 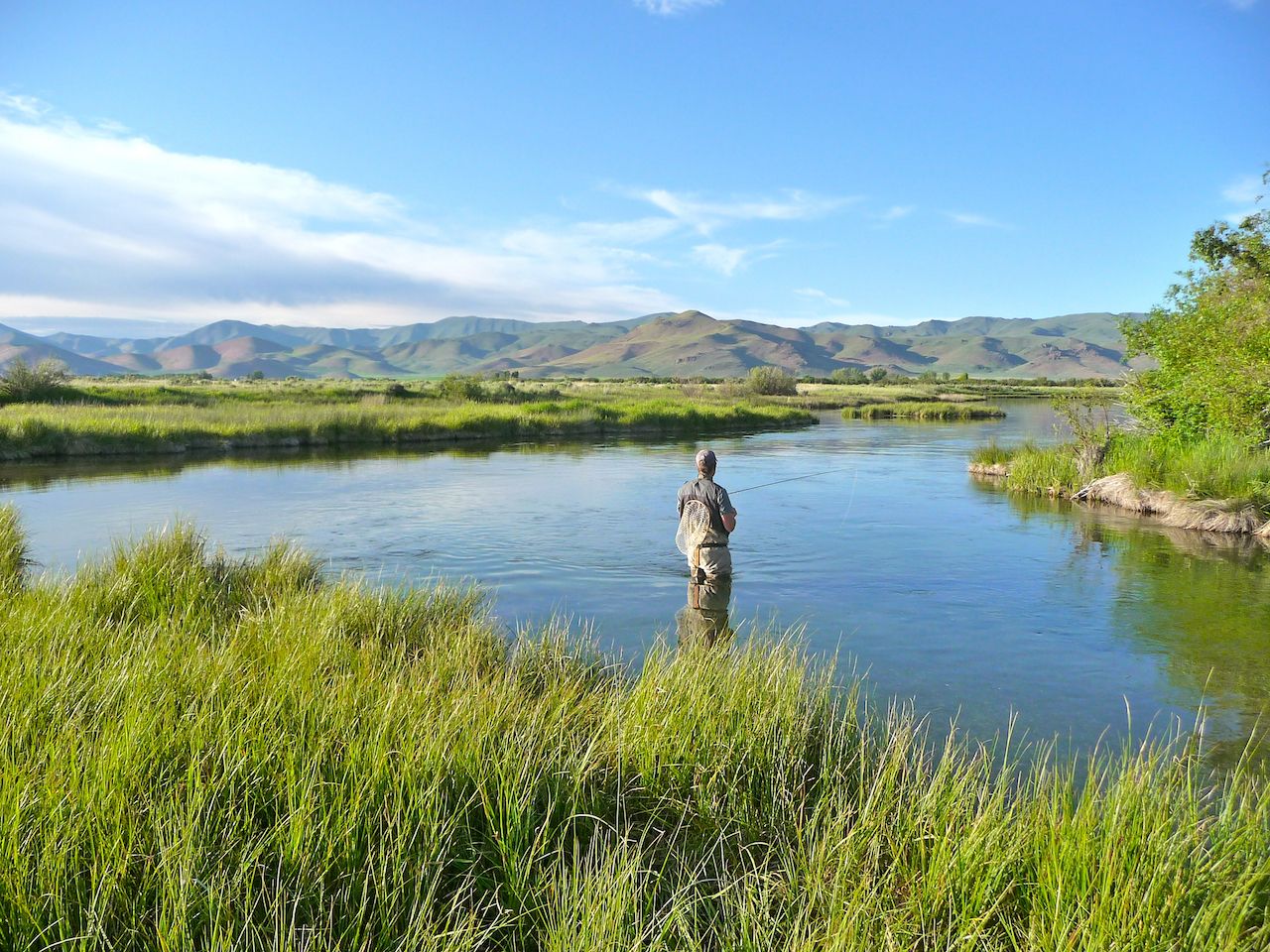 One of the clearest signs of extreme pollution came in 1969 when the Cuyahoga River by Cleveland, Ohio, caught on fire. Normal water, it doesn’t need to be stated, doesn’t catch on fire. But industrial pollution over the previous 60 years had turned the water source into a flammable toxic dump. The event was a sparked motivation for legislation, and the Clean Water Act finally passed in 1972.

The Clean Water Act gave the EPA authority to police pollution in our waterways and set standards. It also made it illegal to pollute into navigable waters except by permit and provided money for water treatment plants.

Since then, more than $1 trillion has been spent to correct water pollution in the US. The number of waters safe for fishing grew by 12 percent between 1972 and 2001, according to a 2019 study published in The Quarterly Journal of Economics. Additionally, the pH of the country’s rivers and lakes has gone up due to less acid rain, which means less acidic water closer to its natural state.

The 2019 study did find that more than half of streams and rivers still violate pollution standards to some degree, but real progress has been made despite changes in government that have been less than friendly to waterways.

3. Industrial coal use isn’t growing, resulting in a healthier population 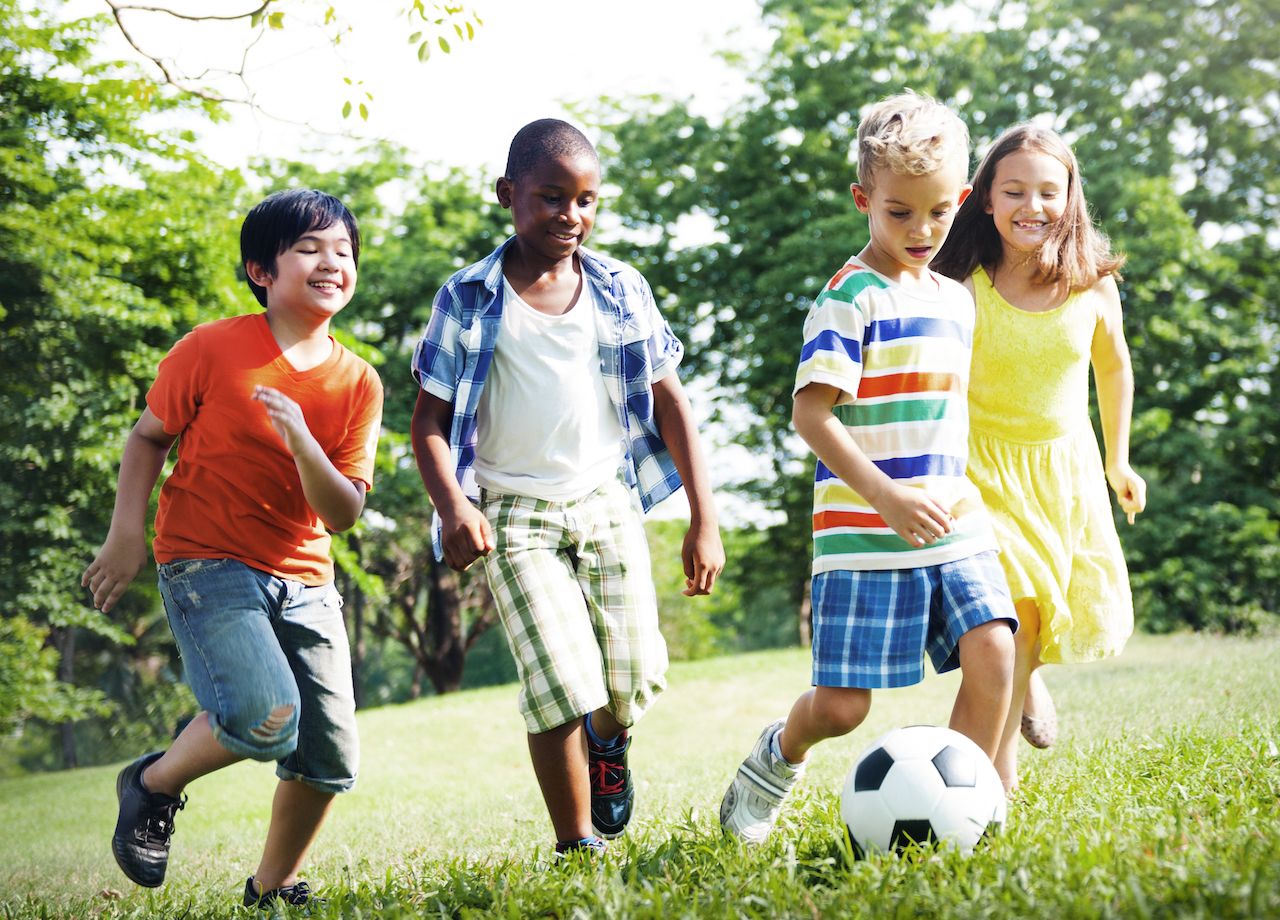 The US has a long way to go before renewable energy sources are where they need to be. Renewable energy was only 17.5 percent of total the electricity generation in 2019, according to the EPA. Yet the use of coal hasn’t grown at the same rate of industry and population in the US over the past 50 years. This is beneficial for the population’s health.

A study from the Columbia University Mailman School of Public Health found that, as plants switched off coal or enacted emissions controls, residents in Kentucky had fewer asthma symptoms and emergency department visits. Kentucky isn’t the only state seeing the benefits of moving away from coal. A study from researchers at the University of California, San Diego found that shutting down coal-powered units saved more than 26,500 lives between 2005 and 2016.

4. Recycling has gone up 35 percent across the country 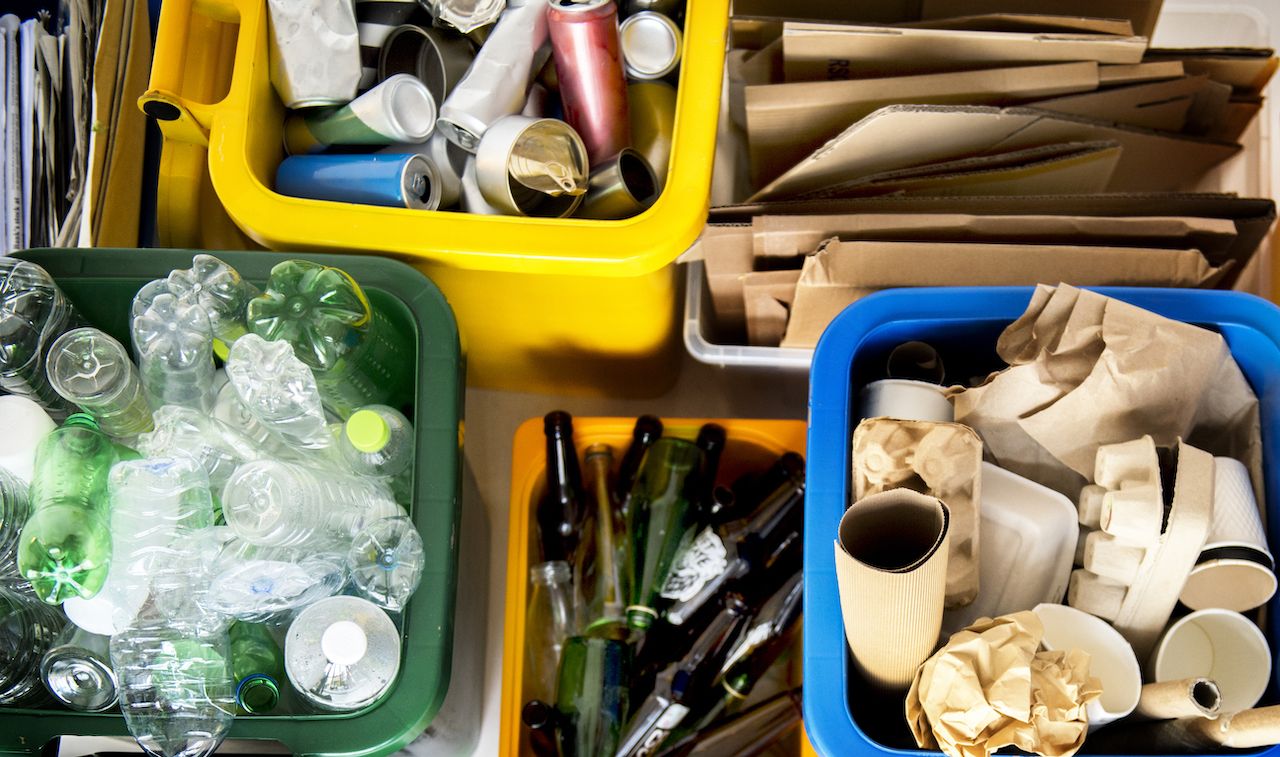 Recycling has long been a key component of Earth Day. In 1960, the recycling rate was only seven percent. Today, it’s more than 35 percent. That number doesn’t reflect where we could be, however, or the most efficient recyclers in the nation. The first container deposit law passed in Oregon just a year after the first Earth Day, which set the standard. States with bottle bills have a 70 percent average recycling rate versus the national rate of 35 percent, according to CityLab.

5. Trash is being turned into energy — not landfill 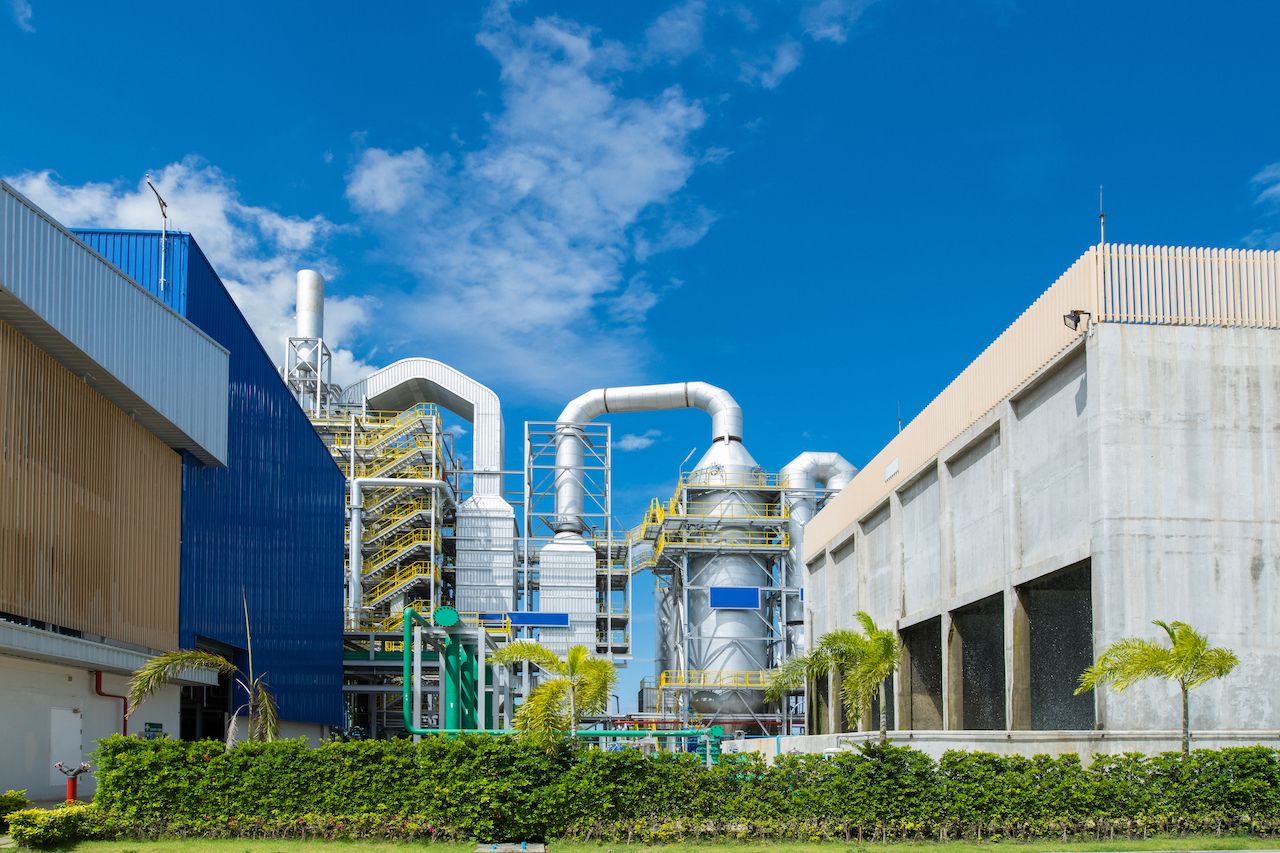 Not everything can be recycled. Some of that trash can, however, be turned into energy through combustion. According to the EPA, energy recovery from trash is worse for the environment than recycling or reusing, but it is better than treatment and disposal. The benefits when it comes to things that can’t be recycled is twofold: It reduces solid waste put into landfills and provides a source of energy.

Waste combustion has long been a part of the country’s trash management plan. Early efforts polluted the air and water, however, and the Clean Air Act of 1970 restricted or shut down incineration facilities. By the 1990s, technology caught up and pollution control equipment kept emissions in check and made combustion once again an option — this time without so much air and water pollution.

Sustainability5 Quick Actions You Can Take To Protect Public Lands Under Attack
Tagged
Sustainability
What did you think of this story?
Meh
Good
Awesome