April 22 will be the 50th anniversary of Earth Day. Yet with the country focused on fighting the pandemic, the Trump administration is taking advantage of our collective distraction to roll back even more environmental protections. Social distancing means there won’t be big public protests this year — but there are still positive steps you can take to protect public lands, keep our air clean, and reduce emissions. A half century after the first Earth Day, there’s no time to waste. Here’s what you can do.

1. Urge your local leaders to maintain enforcement of emissions regulations. 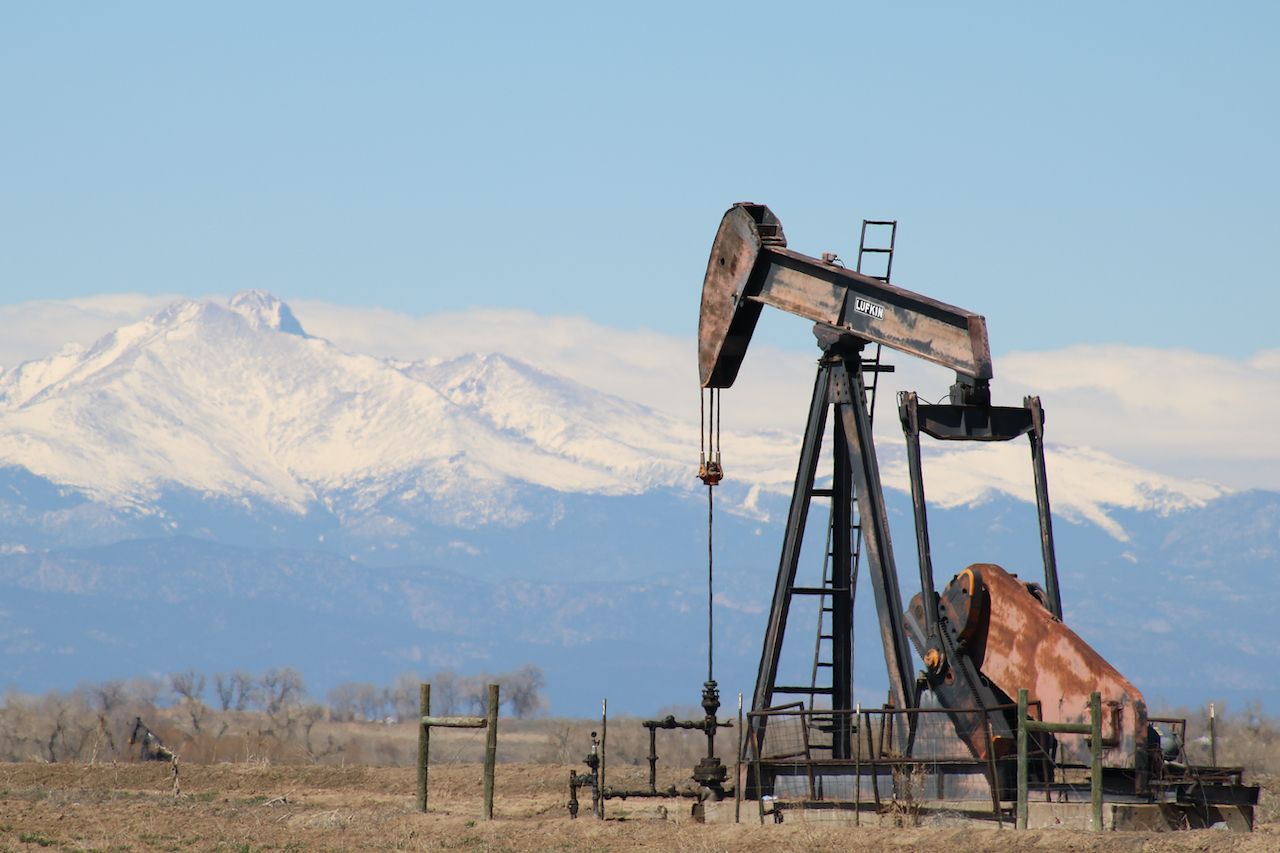 On March 26, residents in states across the country were adjusting to life under lockdown. On that day, the Environmental Protection Agency (EPA) issued a release saying that it would ease enforcement of “civil violations” to federal emissions regulations during the COVID-19 outbreak. The news has been widely interpreted as the EPA turning a blind eye to companies looking to skirt environmental restrictions during the pandemic and has caused a stir among conservationists and many on the political left.

“This is a cruel paradox. The EPA is using an unprecedented public health crisis to justify allowing polluters to put our health at even greater risk — at a time when we most need their protection,” said Gina McCarthy, executive director of the Natural Resources Defense Council (NRDC), in a statement. Prior to her current role, McCarthy served as EPA director under former President Barack Obama.

For the NRDC and other advocates, concerns largely center on reduced federal oversight allowing oil and gas companies, as well as others operating on or near public lands, to relax internal protocols on land and water pollution. Matador Network spoke via email with Jared Knicley, an NRDC attorney who worked with his organization to ask the EPA to backtrack its stance and issue an emergency rule to protect public health.

“The key point for outdoor advocates is that the policy makes it harder for people enjoying the outdoors to know the lands and waters they are enjoying are safe from pollution,” Knicley writes. “Monitoring and reporting requirements are critical to the web of environmental laws that protect our air, land, and water. EPA’s policy opens the door for facilities to cease monitoring and reporting requirements during the pandemic, with no oversight to prevent abuse.”

“Without regular monitoring and public reporting, the public won’t know when and where pollution is occurring, potentially putting outdoor advocates (among others) at risk, without their knowledge,” adds Knickley. “For example, someone fishing downstream of a pollution source that fails to report a pollution limit violation, or someone running outdoors near a facility with unreported air emissions.”

The best way to express your opinion on this is to write to your local Congressperson and ask that they push for the EPA to return enforcement protocol to normal, and that local enforcement continues at pre-COVID levels in your state. Should you notice potential compliance violations, you can report them here.

2. Stand against the Trump administration’s renewed push for Arctic drilling. 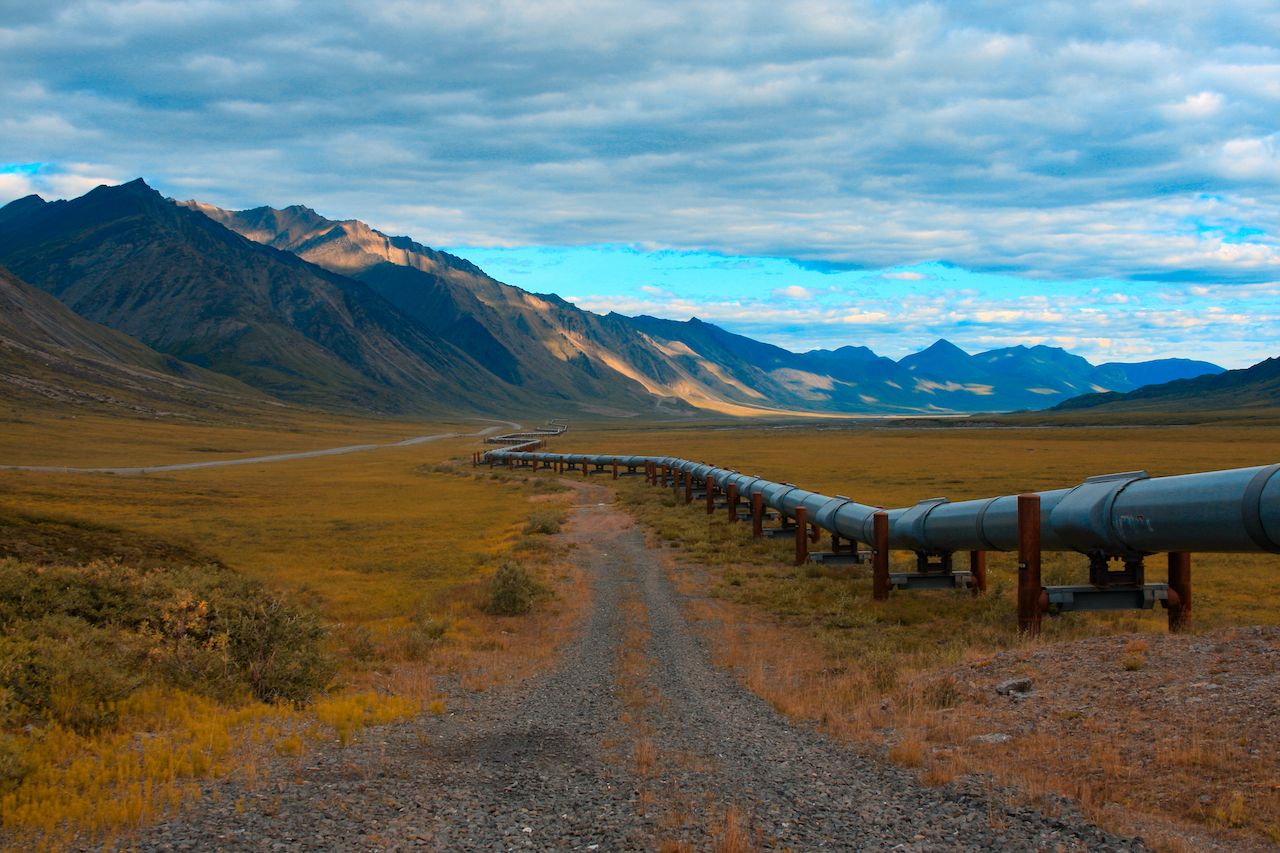 The federal government is pushing forward ConocoPhillips’ Willow project, which would significantly increase oil and gas development in the National Petroleum Reserve of northern Alaska. The project would threaten wildlife in the area as well as the livelihood of the nearby town of Nuiqsut, which uses the land for subsistence hunting. ConocoPhillips had originally planned to build an island to access the proposed drilling site, but after opposition from the village and elsewhere, has altered plans to develop a series of ice roads, according to a report by Alaska Public Media.

In its own master plan, the Bureau of Land Management concedes, “The BLM expects that limitations to subsistence access and the reduced resource availability attributable to development of the Project would result in an extensive interference with Nuiqsut hunter access.”

What you can do:

The Center for Biological Diversity is asking concerned citizens to sign this petition to the BLM.

Also, submit a comment before May 4, 2020, directly to the BLM. An Alaskan organization called the Northern Center compiled a list of talking points to address in your comment. 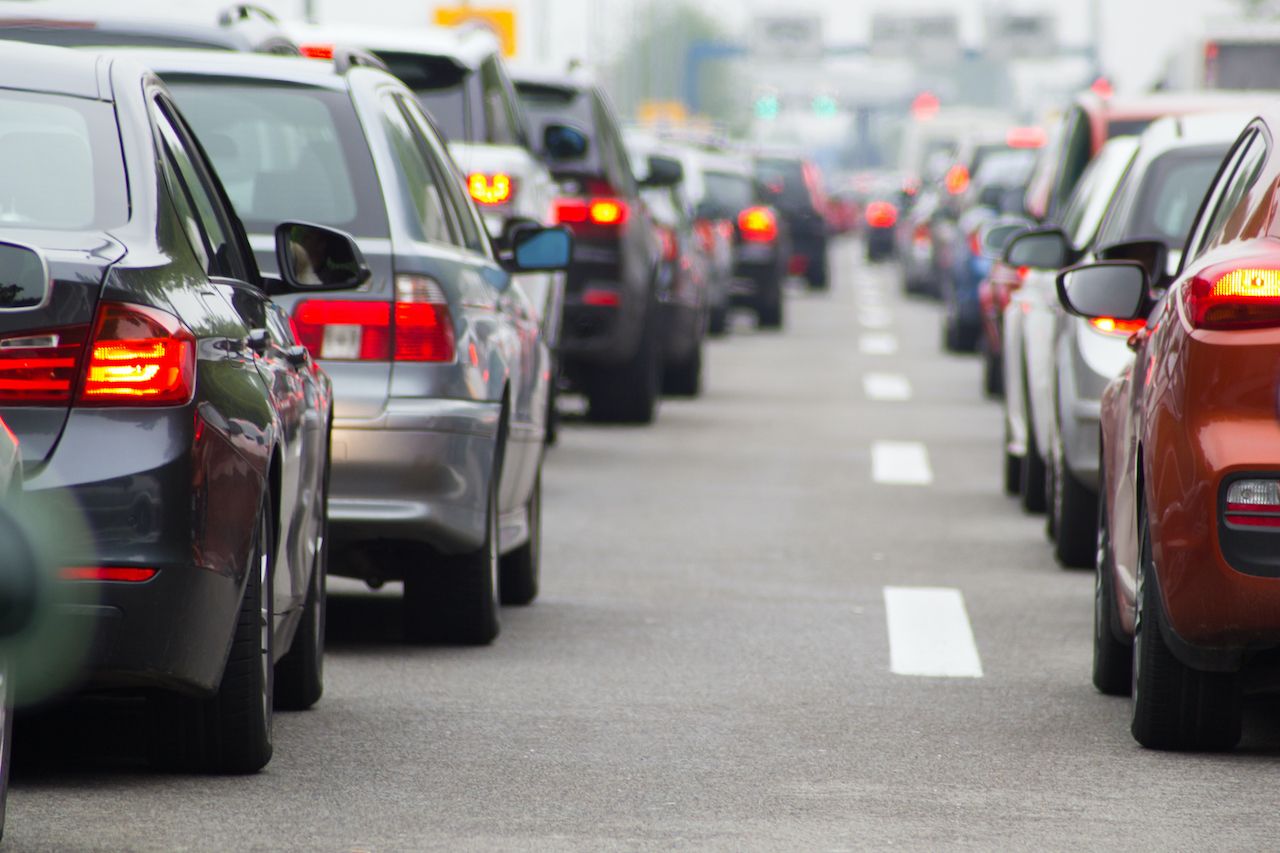 On March 31, the Trump administration finalized its rollbacks of Obama-era vehicle emissions standards, reducing the required annual carbon dioxide emissions reduction in new vehicles from 5 percent to 1.5 percent. The move reduces the burden on automakers to produce consistently cleaner vehicles. The US Senate’s Committee on Environmental and Public Works expressed concern that an additional one billion metric tons of greenhouse gas emissions could result from the rollbacks, which could also increase the cost of transportation for Americans who will have to visit the pump more often.

“Consumers want cleaner vehicles, vehicles that will go farther on a charge or a gallon of gas. These standards are so important, however, because they guarantee that consumers will be able to get the cleaner options they desire,” Luke Tonachel, the NRDC’s director of clean vehicles and fuels, told Matador.

“As the Trump administration’s own data shows, rolling back these standards is bad for our health and bad for our economy,” said Tonachel. “It will raise the cost of owning a vehicle; it will cut employment; it will lead to more toxic pollution; and it will undercut our efforts to address our climate crisis. Consumer preference is important, but we need these standards to ensure they have a range of better vehicles to choose from.”

What you can do:

The guidelines are finalized, meaning there aren’t petitions to sign or senators to hound to prevent its passage. But you can still vote with your choices. If you plan to buy a new car, consider a used or electric vehicle. And if you’re not in the auto market, ride your bike, walk, or find other methods of transportation whenever possible, including using public transit once social distancing measures are relaxed. 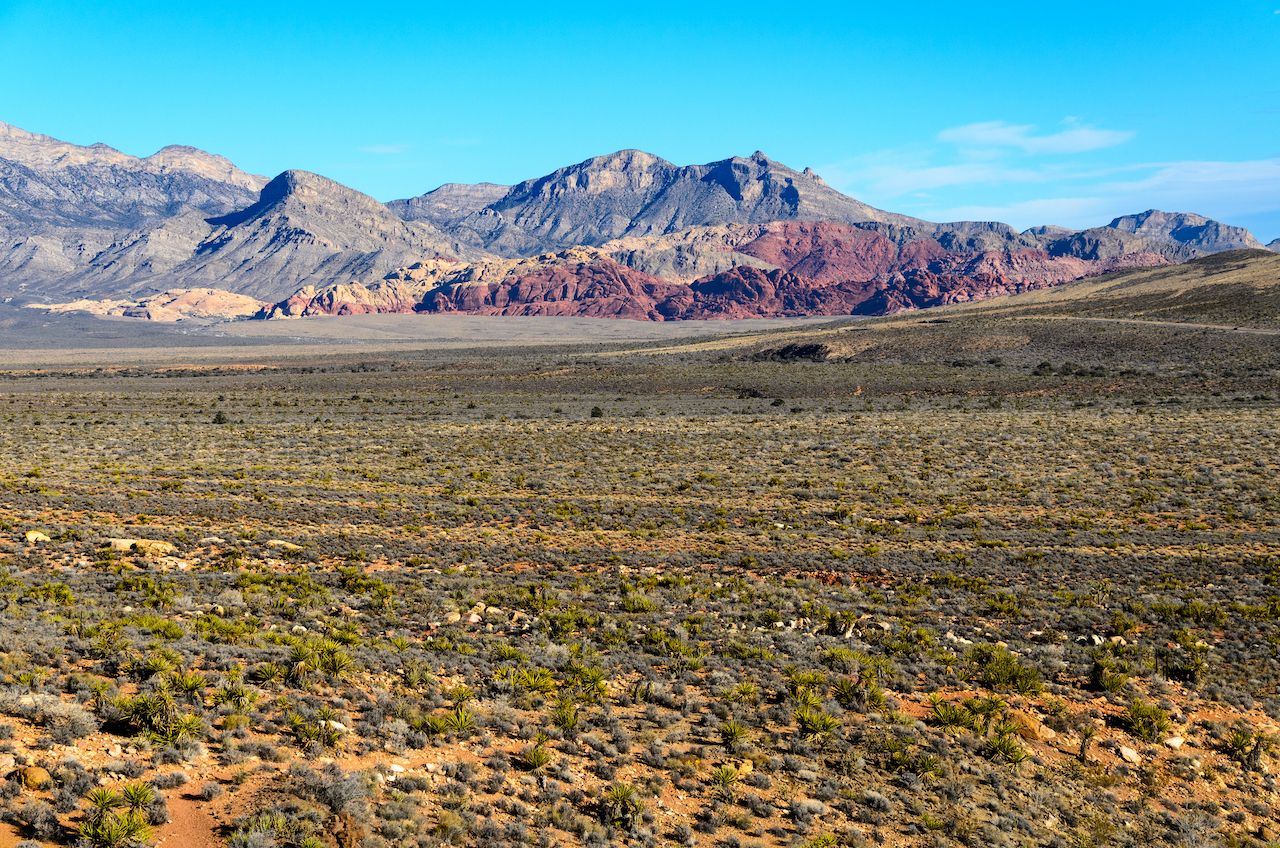 In October of last year, Matador reported on the BLM’s move to Grand Junction, Colorado, and the ongoing concern that acting director William Pendley plans to use the move to disassemble the bureau’s cohesive voice for public lands by removing top-level staff from Washington. Pendley has received immense pushback to the idea of putting vast swaths of federal public lands in the hands of states, and you can add your voice to the collective call for preservation by signing this quick petition from Outdoor Alliance. 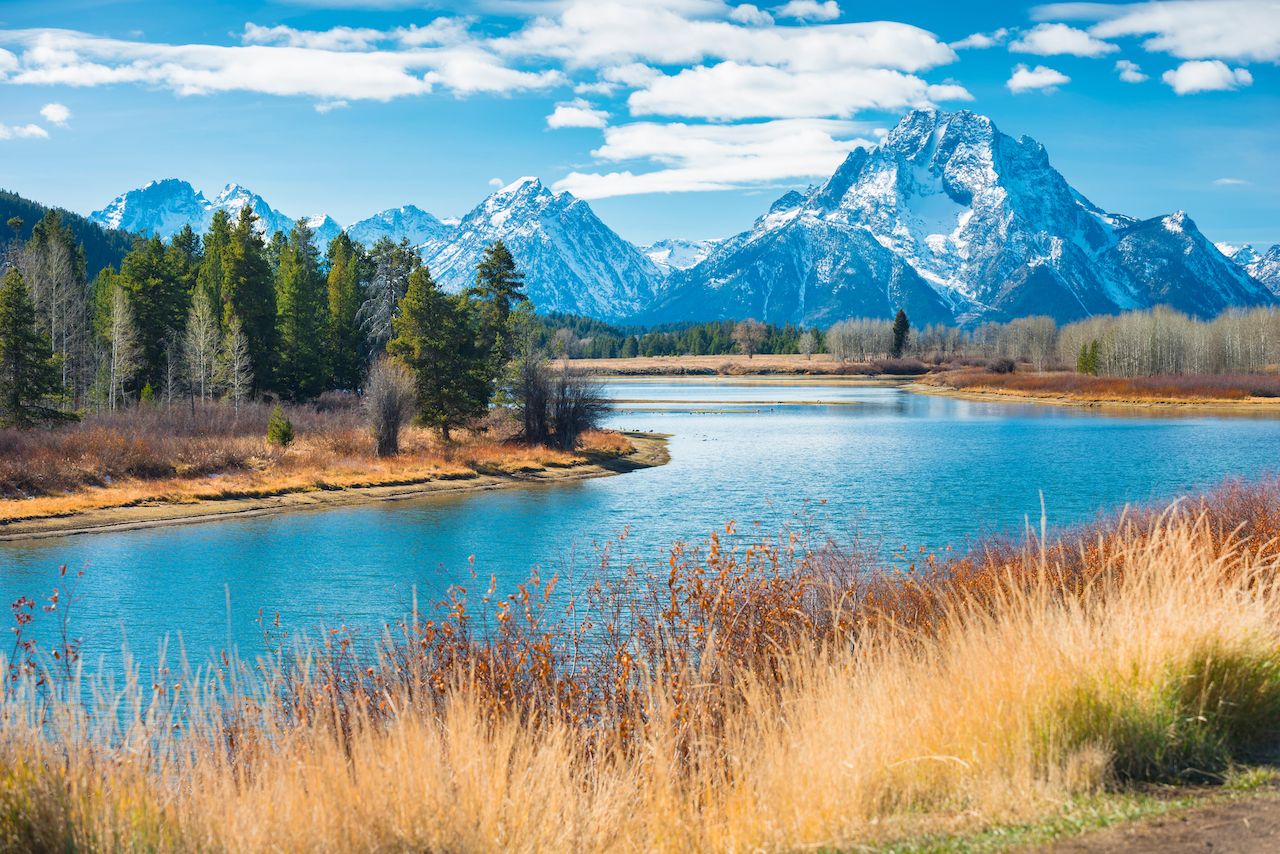 The most important thing you can do, in a pandemic or another sudden and abrupt period of shock, is to stay your course. Reduce, reuse, and recycle, just like you always have. Pay for campsites even if there isn’t a ranger on duty. Get on your bike. Contact your reps. Stay informed, and have conversations with friends and family. Gina McCarthy said it best when addressing EPA employees fearful of serving under the Trump administration. Knowing the importance of their hard scientific data in fighting against regulation rollbacks, she spoke bluntly to her staff prior to ceding her position: “Keep your asses in your seats.”

National ParksThe Bureau of Land Management Is Moving To Colorado, and It Could Spell Trouble for Public Lands
Tagged
National Parks Sustainability
What did you think of this story?
Meh
Good
Awesome