The Bureau of Land Management is moving over 200 jobs from Washington, DC, to the western United States, with its new agency headquarters soon to open in the city of Grand Junction, Colorado. The move is concerning, in part because the agency’s headquarters will share a building with oil and gas companies, according to a report from Colorado Public Radio. But through activism and constant engagement, residents of the West can turn the decision into a positive for conservation efforts. Here’s what the decision to relocate the BLM’s headquarters means for public lands, what the main concerns are, and what you can do to stay vocal. 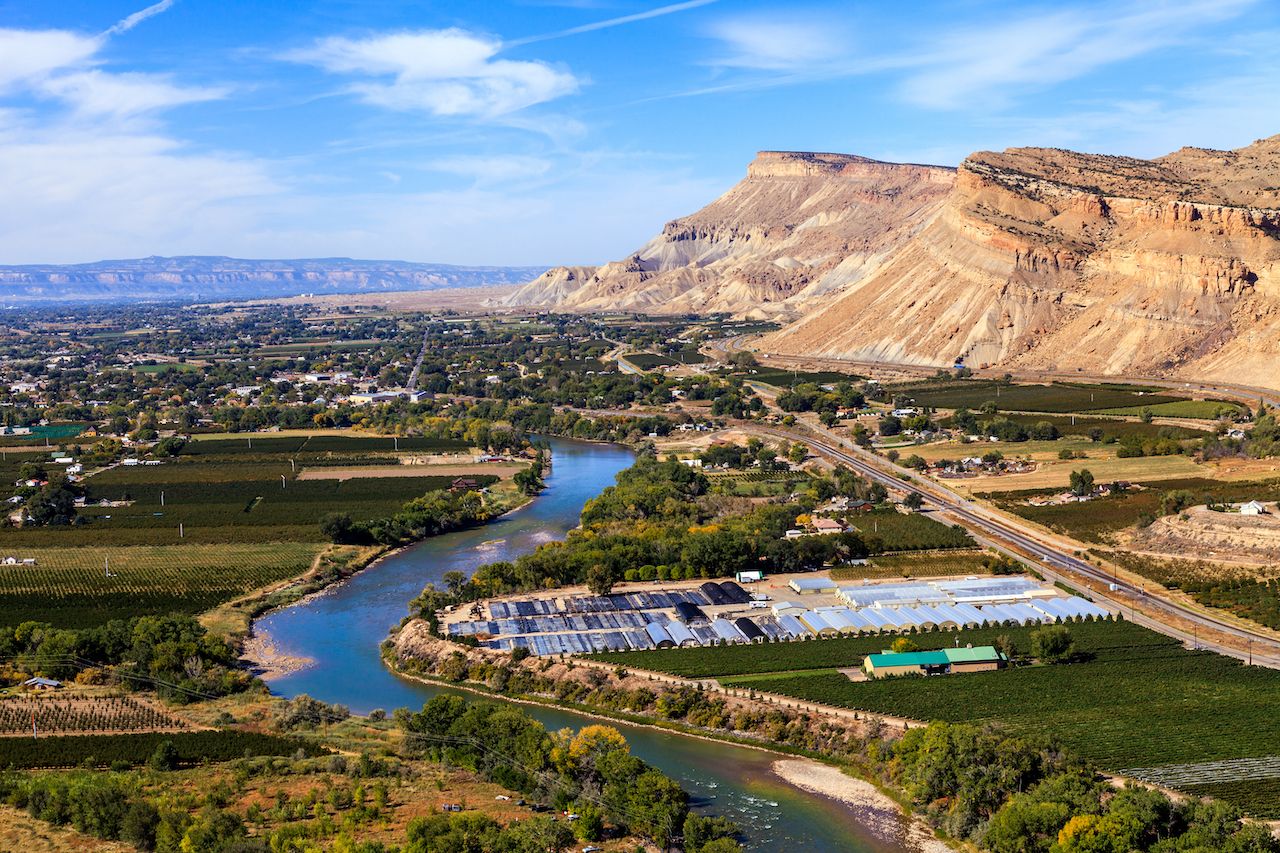 Secretary of the Interior David Bernhardt explained the move in an official statement: “Shifting critical leadership positions and supporting staff to western states — where an overwhelming majority of federal lands are located — is not only a better management system, it is beneficial to the interest of the American public in these communities, cities, counties, and states.”

The agency headquarters will be in western Colorado and the bulk of the top-level jobs, with the high-level employees being stationed in the new headquarters in the city of Grand Junction, on Colorado’s western slope. Other relocated staffers will work from the Federal Center in Lakewood, a suburb of Denver, about four hours east of Grand Junction. State offices in other western states, including New Mexico, Arizona, Utah, and Nevada, will also see transfers or new hires. The bulk of the BLM’s staff of 9,000 are already located outside of Washington, and following the move, the agency will have just three remaining employees in the capital.

Some are concerned that the move will make it easier for the agency to sell off public lands.

The majority of those voicing these concerns are worried about special interests impacting the management of the lands that the BLM oversees. After all, the acting director of the BLM, William Pendley — who was appointed and then reappointed as “acting” director and has thus skirted the Senate confirmation process — has made a career out of advocating against public lands protection and in favor of oil and gas development. He also has a record of avoiding public comment on issues that matter to others.

As the head of the Mountain States Legal Foundation, Pendley routinely pushed for the scrapping of clean air and water regulations and for the opening of open public lands to development. In his current role, he’s in a fine position to sell off public lands at record rates — should he see fit to do so.

“From the very beginning moving the BLM’s headquarters West has always been about strengthening the BLM’s relationship with local officials, moving the decision makers closer to the lands they oversee and the people they serve, and making better land management decisions,” said Colorado Senator Cory Gardner, a Republican who has advocated for the move, in a press release. “This commonsense move will save taxpayers money and solidify Colorado’s legacy as a responsible steward of public lands.”

On the other hand, conservationists are concerned at the possibility that local oil and gas executives could more easily meet with Pendley or other BLM brass to advocate for their interests, arguing, say, that the addition of a few oil rigs could increase profits and boost the economy.

This is a legitimate concern and should be monitored closely. But our glimmer of hope lies in Colorado’s long status as a swing state. Not in its voting history, per se, but in the fact that Colorado is an undeniable haven for outdoor recreation and, across political lines, Coloradans love their open space. Access to — and funding for — public lands for outdoor pursuits ranging from camping to hunting to fishing in the state are broadly popular across the aisle. In January, Colorado Public Radio cited a Conservation in the West Poll, which found that 73 percent of those surveyed supported taxation for the conservation and betterment of public lands, no matter where their political views fell.

The same holds true across the West. Proposed sell-offs of public land will continue to meet resistance from both liberals and conservatives in Colorado and beyond. Should Pendley attempt to privatize vast swaths of public land, he can surely expect a diverse group of picketers out front of his new office just up Highway 50. 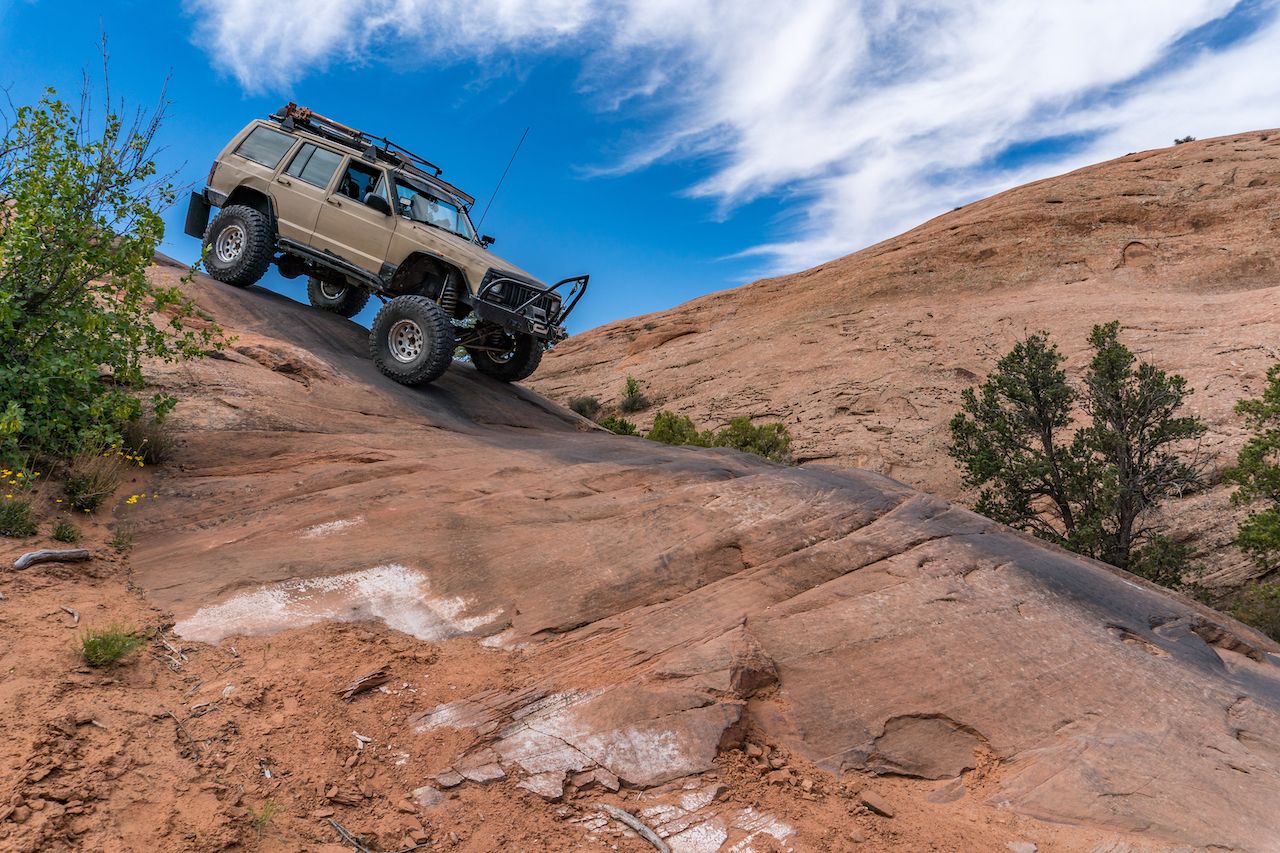 Another concern that has been raised is that by moving out of Washington, the agency’s voice for conservation will lose impact in current affairs. In the Digital Age, when video conferencing can in many cases relieve the necessity of face-to-face meetings, the idea of moving federal organizations out of Washington is actually nothing new. The USDA recently moved 550 positions from Washington to Kansas City, for example, in a stated intention to put the staffers closer to the nation’s agricultural industry.

Recent moves by the BLM have decreased regulation of potentially harmful activities such as off-road vehicle use on public lands, including an August 2019 decision impacting Utah’s Grand Staircase Escalante National Monument. In the first year of his presidency, Donald Trump effectively negated much of this monument, stripping away a portion and opening much of the rest to potential oil and gas extraction leases. The BLM released its official plan for this on August 23, which also calls for the opening of the land not removed by President Trump — the land under threat of oil and gas leasing — to use by motorized vehicles and organized events, which basically strip the “protected” aspect straight off the page.

“These management plans seek to cement the Trump administration legacy of destroying the Grand Staircase-Escalante National Monument,” Steve Bloch, legal director for the Southern Utah Wilderness Alliance, told the Salt Lake Tribune. “That seems to be the objective certainly for excluded lands, which are going to be in large part available for mineral leasing and extractive development. To make matters worse, the BLM is going to prioritize motorized recreation across a large swath of the original 1.9 million acres.”

The BLM’s move to Colorado can be a good thing if we hold the agency accountable. 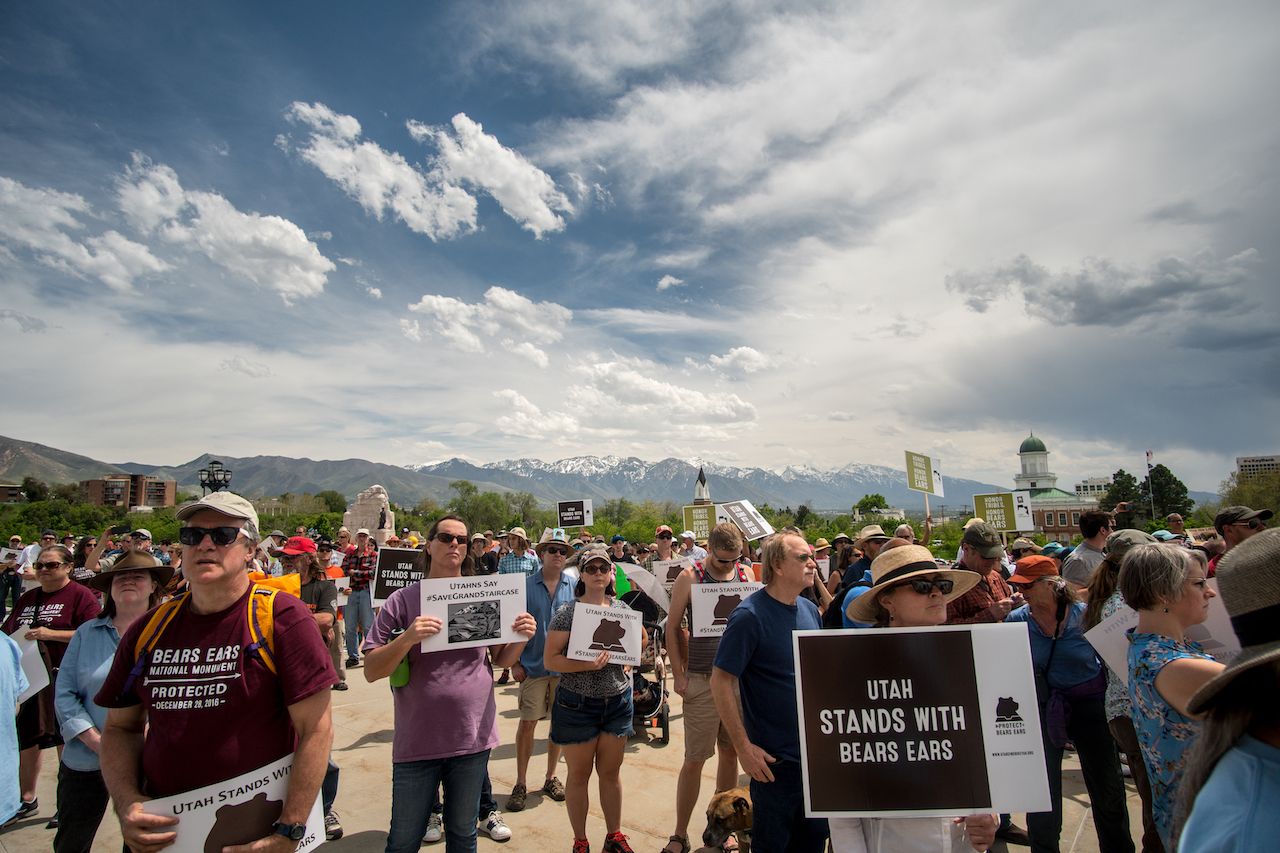 As valid as these concerns are, public comment and input is not lost. The BLM’s move to Colorado isn’t the issue for the everyday citizen. For those of us who enjoy using public lands in the west, this move may actually give local representatives, who understand the importance of conservation and of public lands in our economy, easier access to the BLM. The move also takes BLM office jobs out of the Washington partisan bubble and puts them in the place where the use of public lands is the highest and activism for its protection is the strongest.

If conservationists remain loud and active with our local representatives and elect people who value conservation, the decision by the Trump administration to move the BLM out West can be thrown right back in its face. We saw the effect of public advocacy in February of this year when the Senate passed a monumental package protecting millions of acres of open land and rivers across the country and created four new national monuments. Bill S-47 passed the senate by a vote of 92-8, easily winning support from both sides because representatives in nearly every state were able to go home to their vocal constituents with something to brag about.

Conservationists across the country had fiercely advocated for the measures, and although the bill was tweaked to appease many of its signees, it still removed 370,000 acres of oil and gas access around two national parks and committed a portion of offshore drilling revenue to conservation efforts, in addition to its protections designations across the country.

Pendley himself, after spending years advocating for the rights of the oil and gas industry, has walked back from that stance. This is apparently because he now represents the public lands he previously worked against. “I understand the chain of command. I understand and know how to follow orders,” he said on Montana’s KBUL-AM. “I get it, so whatever I’ve said and done in the past is irrelevant.”

Time will tell how true this statement is, but the actions of outdoor recreationists are sure to play a part in holding him to it. It’s not the move to Colorado that is the imminent threat. It’s a combination of Pendley’s past actions and any future inaction on our part. The current administration has shown that it’s plenty effective at ditching regulations no matter where the BLM is located.

It’s up to us to act — through voting, signing petitions, filing objections, and contacting representatives. Residents of the western US must act cohesively and effectively, because we now have the decision-makers on the same side of the country as the lands they represent. To keep our lands public and free of drill rigs, we must be constantly active and engaged. Casting a line or setting up a tent is itself a worthy act of public lands support, but real change happens when we momentarily put down our hiking poles in favor of a pen.

Resources for staying informed and engaged

Protect Our Winters — an organization started by pro snowboarder Jeremy Jones that advocates for climate and land protections and, according to its website, “turns passionate outdoor people into effective climate advocates”

CyclingElectric Mountain Bikes: Cop-Out or Eco-Ride?
Tagged
Activism National Parks
What did you think of this story?
Meh
Good
Awesome