Electric mountain bikes, or eMTBS, are the high-altitude version of the pedal-assisted e-bikes you’ve seen cruising through hipster neighborhoods for the past few years. These trail runners have a similar battery pack and motor like their big-city brethren. Likewise, they’re also capped by a governor that prevents the rider from going full-bore down a trail — as there could be a group of hikers just around the next switchback. But, since their recent inception, they’ve been met with scrutiny both from within the mountain biking community and from trail regulators. Here’s everything you need to know about the debate that surrounds this new chapter in the sport, and what you should consider before hopping on one yourself.

How does an electric mountain bike work? 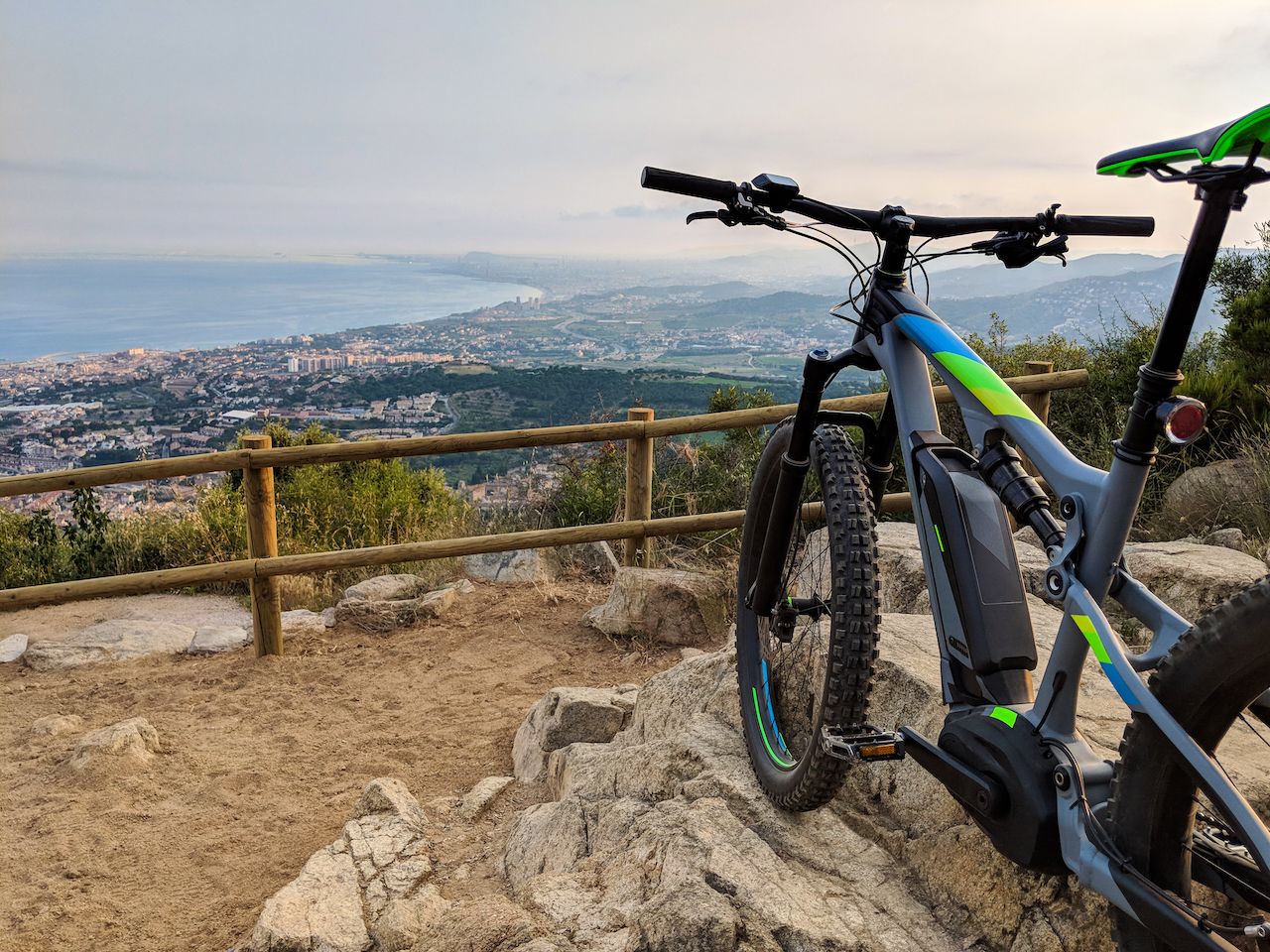 At their core, these semi-powered bikes are designed to ease the burden of heavy pedaling, particularly during uphill and cross-country stretches of trail. To those uninitiated in the physical exertion required to pedal up a steep mountain trail, well, let’s just say that it’s not uncommon to see newer riders pushing their bikes or hunched over the handlebars on the side of the trail on particularly steep stretches.

This isn’t to say that eMTBs are going to turn cross-country riding into a leisurely stroll at the park. They’re far from a motorcycle and still require pedaling. There are three classifications of eMTBs:

Anything above Class 3, meaning a bike that goes faster than 20 miles per hour without requiring pedaling, technically loses its classification as a bicycle and is moved into the motorcycle realm. Currently, only Class 1 eMTBs are permitted on most trails, the most important term in the definition being “pedal-assist.” You might make it up faster, but you’ll still put some work in. Think of it as loosening up for the downhill portion of the ride.

Are e-MTBs allowed on public trails? 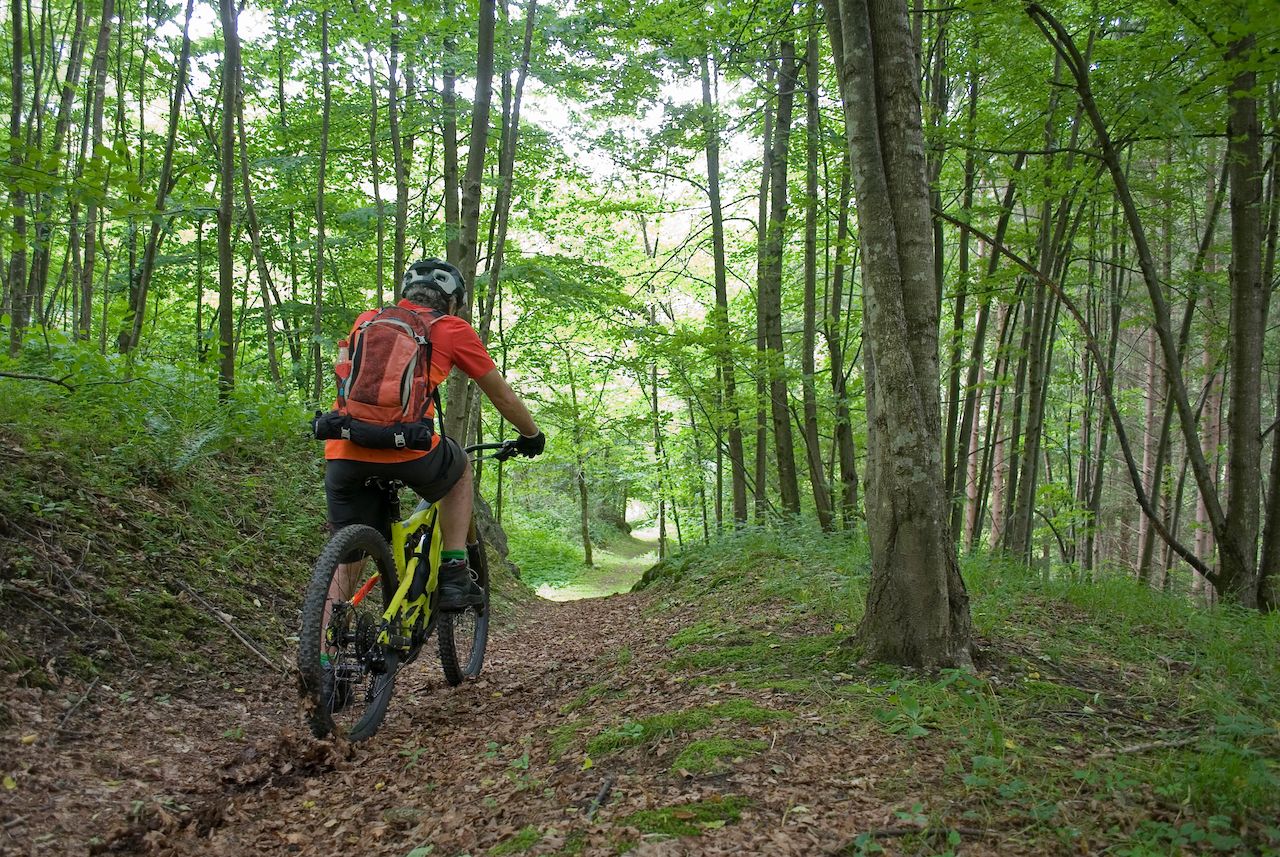 One major debate surrounding eMTBs is whether or not they should be allowed on public land, and on the trail systems currently designed to accommodate both hikers and bikers. Those who have been around the sport awhile know that this is not the first time mountain bikes have been viewed as controversial. In the 1964 Wilderness Act, mechanized transport was deemed a sin within the designated expanses of pure wilderness the act sought to protect. Bicycles, being the chain-and-frame machines that they are, fell into that category.

The mountain bike lobby, led by the International Mountain Bike Association (IMBA) and smaller groups around the US, successfully maintained that a bicycle is far different from a 4×4, side by side, or any of the other loud and destructive machines that some recreationists use. Their position was largely adopted into the Wilderness Act, allowing what was then a small but dedicated collection of mountain bikers around the country access to many of the same trails that hikers were using.

Everything changed in 1977 when the US government removed the privilege of mountain bikes from designated wilderness areas. Mountain bikers were all of a sudden cast aside once again, only to see their privilege reinstated seven years later. Ever since, mountain biking has gained popularity much the same way snowboarding did in the 1990s, increasingly being seen as a viable and sustainable way to enjoy the outdoors.

Adding a motor onto said bicycles has re-framed the argument and is potentially casting this new development back into the category that mountain bikers have for so long sought to avoid. The IMBA has been slow to embrace the idea, initially coming out against eMTBs. But they offered qualified support to Class 1 eMTBs in 2017 and early this year amended their stance further.

A debate simmering from within 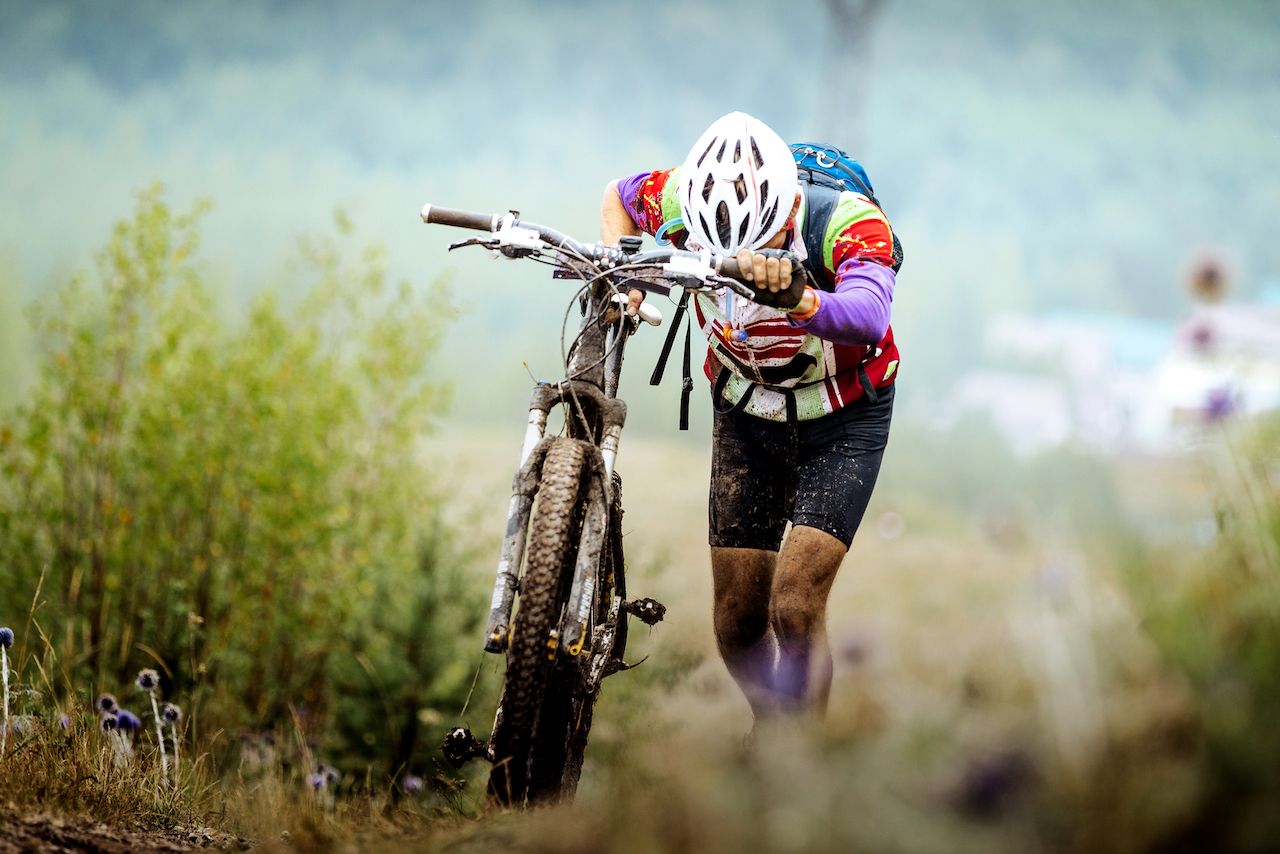 The irony in all this lies in the fact that the biggest resistance to eMTBs has actually come from within the mountain bike community itself. Mountain bike puritans argue that if you aren’t putting in the work, you don’t deserve the reward. There seems to be an initial reaction along the lines of, “That’s a cop-out. Earning your turns is half of what mountain biking is all about!”

We get that, but we also think that may be a reactionary point of view that says, “If I had to sweat beads while pedaling up the 401 Trail, everyone else must do the same.”

I beg you to dig deeper. There are multiple angles at play, beginning with the idea of trail accessibility. On August 29, the US Department of the Interior released an executive order noting, among other things, that eMTBs have the capacity to increase access to public lands because they provide people with physical disabilities a way to enjoy the wilderness and established trail systems. The order instructed the directors of public agencies managing land to establish a policy on electric bikes consistent with the beliefs of the department.

Trail use and sustainability 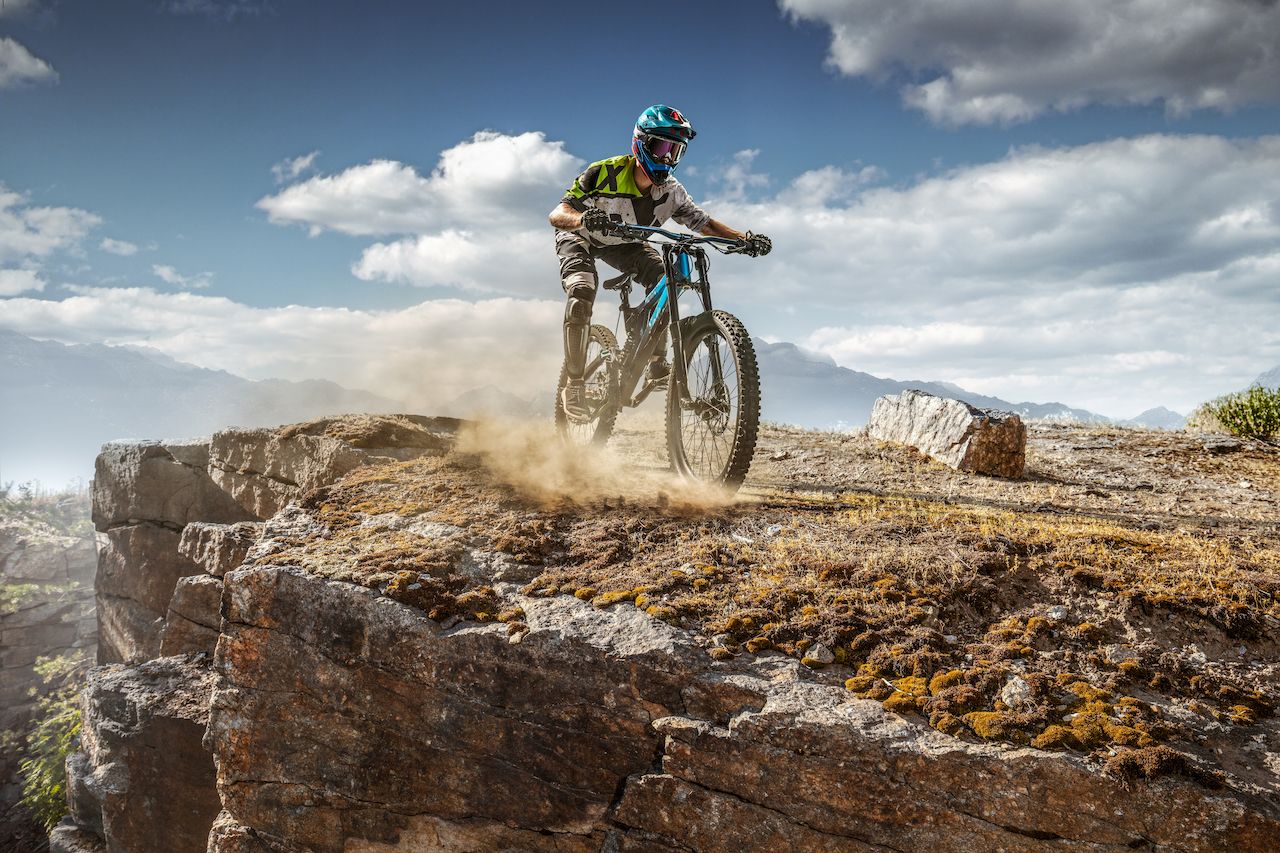 Then there’s the topic of responsible trail use. While the concerns about trail impact are valid, it’s not uncommon for experienced mountain bikers on a regular bike to reach speeds exceeding 30 miles per hour when traveling downhill on an open trail, no less than 10 miles per hour faster than what a Class 1 pedal-assist motor can provide. Add to this the fact that pedal-assist requires pedaling to even work, and mountain bikers shouldn’t be majorly concerned about a tiny motor making bikes more dangerous to other trail users or more destructive to the trails.

To those still whining about a tiny motor ruining the natural authenticity of the sport, I ask you to look to the humble ski lift. For decades, gas-powered lifts have carried downhillers — among the most respected and hardcore athletes in the mountain biking community — to the top of 12,000-foot peaks and sent them careening down towards the base, only to re-board the lift once again and avoid the uphill aspect altogether.

Supporting the growth of e-cycling 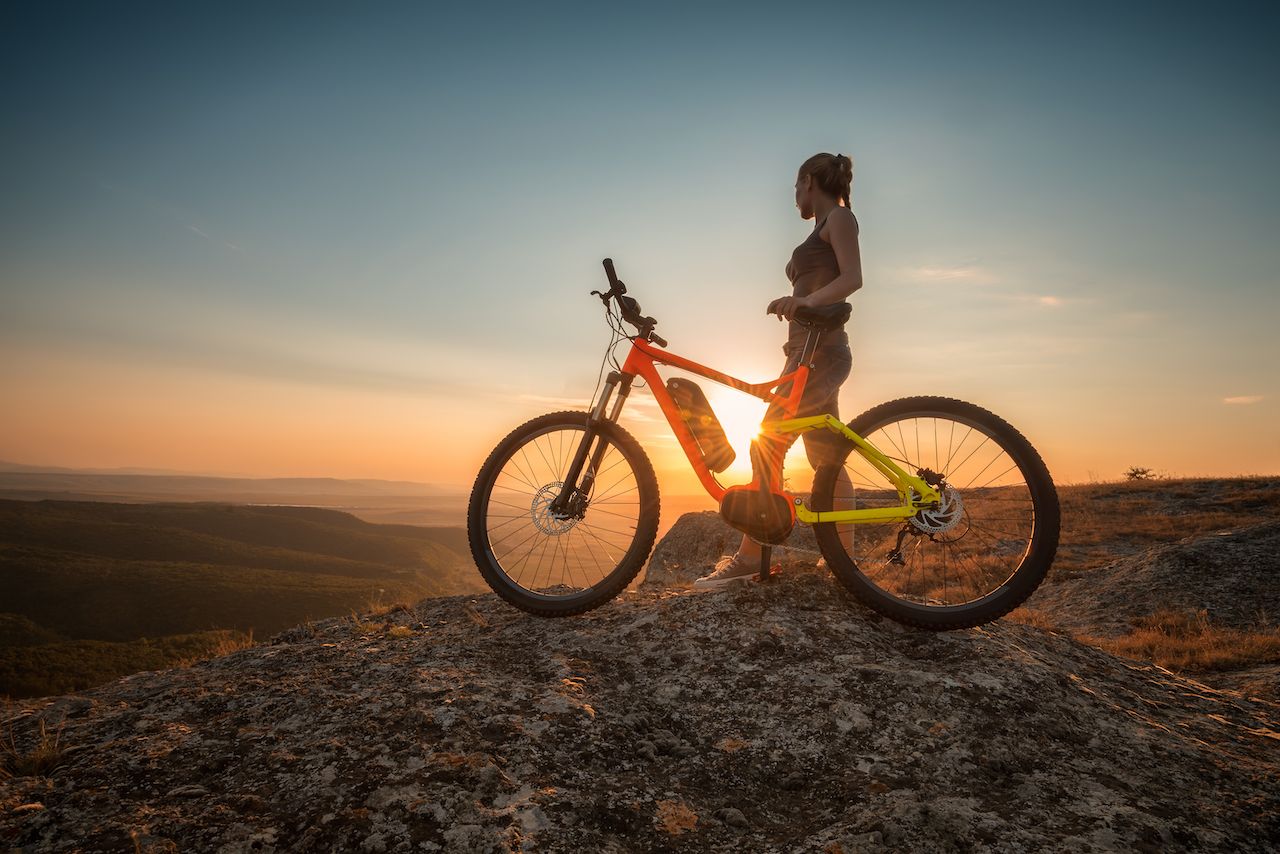 When regulated effectively and consistently, eMTBs are not the threat they appear at first throttle. Heck, if you live near a trail, you could even use the pedal-assist to reach the trailhead and leave your car parked at home. That points to another big advantage of eMTBs: off the trail, they can be a more attractive option for your daily commute to work or school than bikes that rely on pedal power alone. We desperately need alternatives to cars, so we should support them wherever they emerge.

Increasing public interest in and use of established trail systems is also critical to fostering public support for the protection of our natural environment. If propping an electric motor on a bicycle is going to get more people out of four wheels and onto two, and provide trail access to those who otherwise couldn’t enjoy it, I believe it’s misguided to stand against it. As the eMTB industry grows, so will the amount of people who enjoy the sport, and hopefully, advocacy for the protection of the land. The world will be a better place because of it.

Are eMTBs a cop-out? Only if you’re a puritan.

CyclingBike Your Way Across the US on This Epic 4,000-Mile Seamless Trail
Tagged
Cycling Technology + Gear
What did you think of this story?
Meh
Good
Awesome