Escape rooms really are the new ropes course. For every team-building exercise, office outing, and birthday party full of people who don’t know each other too well, there’s a room to trap them in so that they can collectively figure a way out. The craze, which started in Europe, has spread throughout America over the past few years as the number of escape rooms in the country has gone from 22 in 2014 to over 2,000 today, with more coming.

But how, exactly, do these psychological masterminds figure out the puzzles, plots, and special effects that make escape rooms so massively popular? We chatted with Ilya Vrad, owner of 60Out escape rooms in Hollywood, and Akos Gabossy, whose PanIQ Room has locations in ten cities, including Miami; Dallas; and Washington, DC. They dished on how they come with these crazy ideas, how long it takes to build them, the testing process, and everything else that goes into making a first-rate escape room.

Much like writers get together and figure out the ridiculous plot twists for the latest season of Black Mirror, so do escape room engineers storyboard how their rooms will work.

“We start with ideas, building around a genre, whether it’s horror or mystery or a bad accident or something,” says 60Out’s Vrad. “Then once we narrow that down, we put down five or ten ideas, then our scriptwriter writes one paragraph on those ideas. Out of those paragraphs, we pick one we decide to further develop, the scriptwriter goes into writing a script with storyboards.”

Sometimes these are based on specific movies, like 60Out’s latest project Jumanji: Welcome to the Jungle, based on the hit book and movie Jumanji. Other times the ideas are simply inspired by broad film genres.

“When we see people like to watch zombies, pirates, or superheroes in the theaters, we know what directions we should follow,” says PanIQ’s Gabossy.

Putting together a script and storyboard typically takes four to six weeks. Once that’s done, and the general plot of the room figured out, it’s time to start making the puzzles — and, more importantly, how to get people to solve those puzzles the way designers intend. This way everyone gets through the room before all hell breaks loose.

“A lot of the room is designed to point you in the direction we want you to go in, so most people get the same solution the same way,” says Vrad. “For example, with Jumanji, we have one puzzle where people have to set up totems in a particular shape and a particular design. We make people see the correct way to set them up by placing very similar totems in the part of the room where we want them to set it up. They’re not just setting up in a random place.” 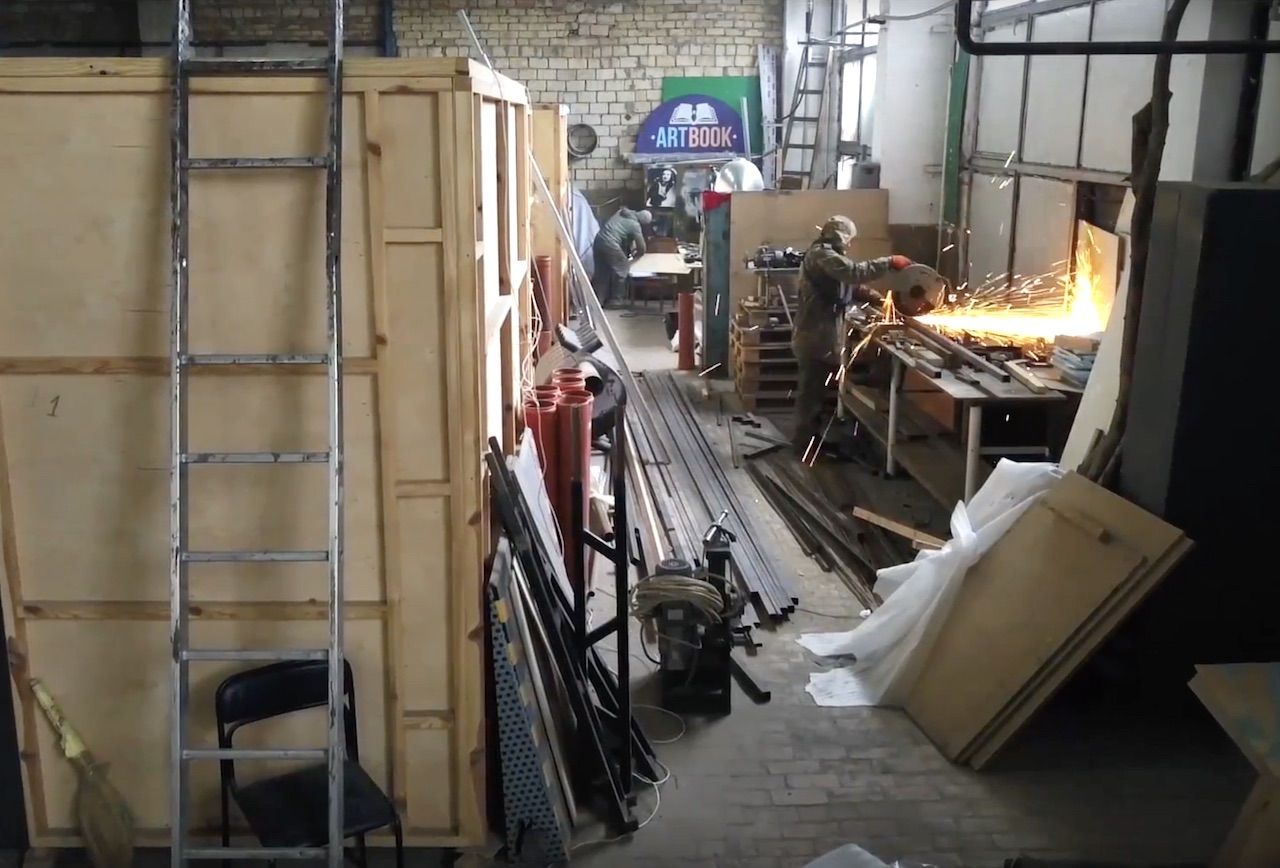 After creating the script and the puzzles, designers collaborate with engineers and construction teams to build a room that brings their ideas to life. Engineers look at the puzzles to design a space that fits with what the scriptwriters want to do. Once that’s designed, engineers then determine what kind of electronics are needed, from sensors and switches to lighting and sound. Then they decide where to place those electronics so the room gets the feeling the scriptwriters intended. Again, it’s not unlike a movie set.

Sometimes they have no knowledge of where the escape room will ultimately be put, which creates a different kind of design challenge. 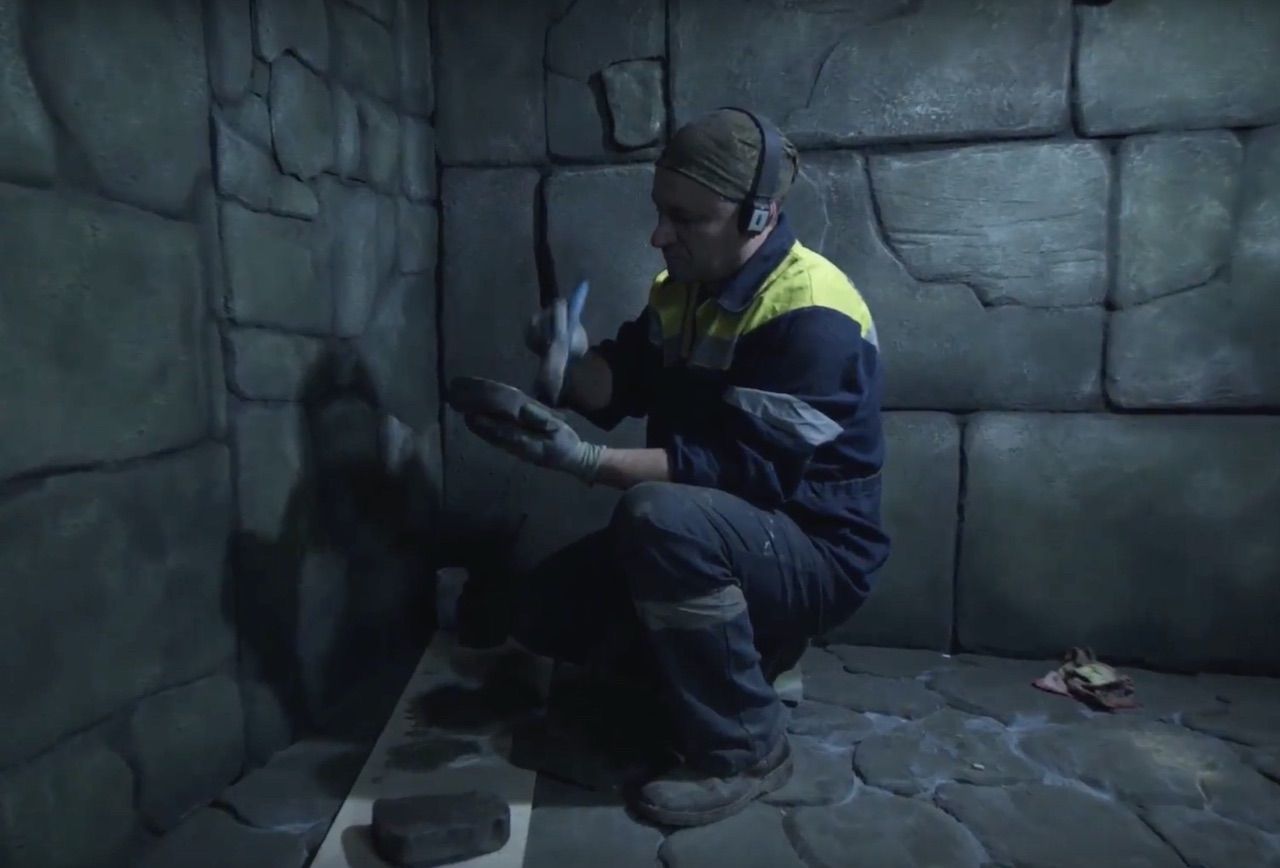 “We might know that we want to build a Western-theme room, we know the game elements, but we have no idea about the future interior height of the building,” says Gabossy. “This is where we have to improvise. When the general construction process is done, our artistic painters, carpenters, and theming experts appear on stage and create a regular building into an Asylum, Western Saloon, or Spaceship.”

Both companies design and build their rooms in Europe then ship the modular units, props, puzzles, and accessories to the United States. Once here, they go through the requisite permitting, inspections, and other real-estate logistics that Gabossy says is the biggest variable in how long it takes to complete an escape room. The length of the construction process also depends on the complexity of the room and can take anywhere from ten weeks in PanIQ’s case to five months in the case of Jumanji. 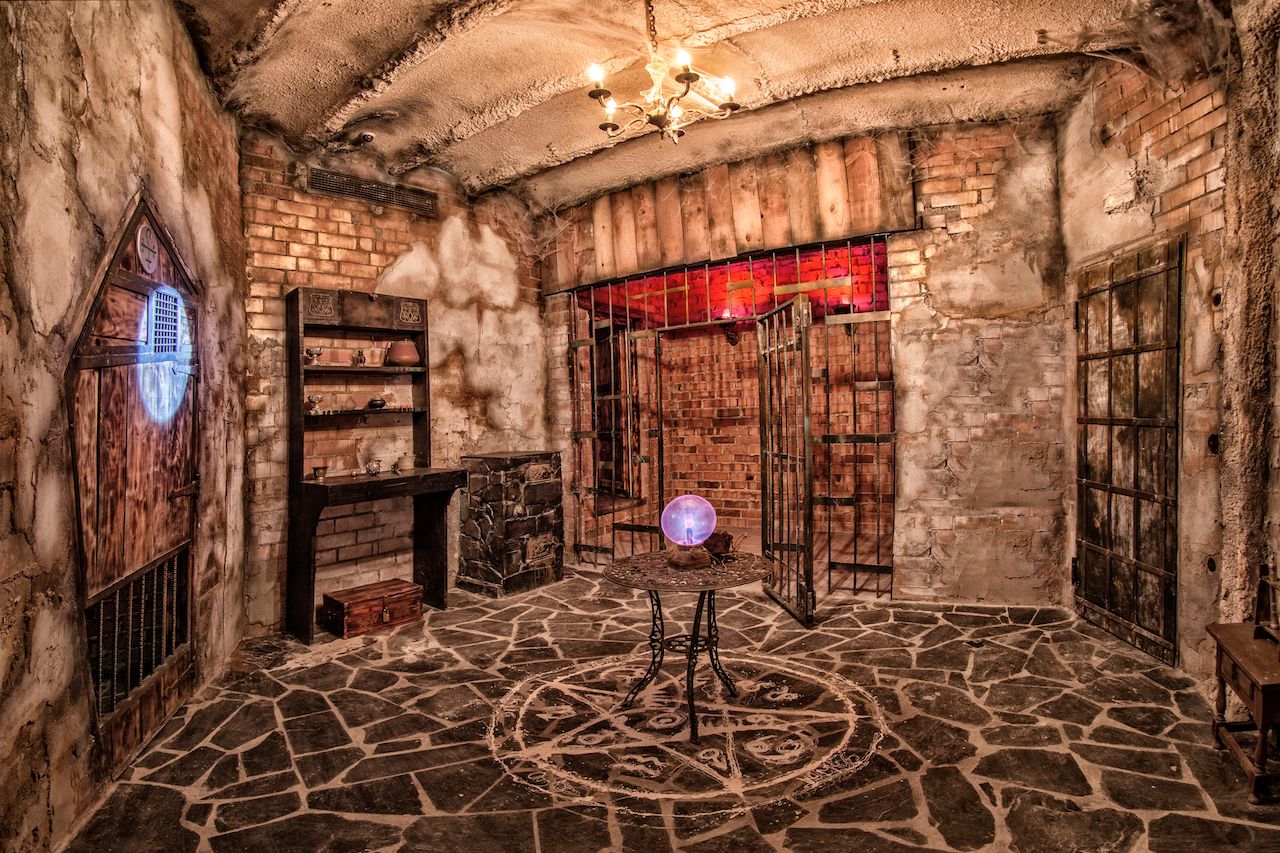 Testing to make sure escaping is still possible.

Once the room is constructed, engineers install control panels and monitoring equipment, so game masters can monitor people in the rooms and see if their puzzles are working the way they intended — and ensure nobody is hurting themselves, or the escape room. This is typically done during a testing phase, which 60Out does first in Ukraine and then again in America.

“We start testing… we usually do about 4-5 games per day,” says Vrad, who says they run 20 groups through the room over about three weeks. “If we see the same puzzle is constantly stumping people we try and add hints or write them little notes. If people still aren’t getting it or it’s an unnatural solution, we either take it out or switch the way it’s solved. We tinker with the room until the majority of the people are able to solve the whole room in under 60 minutes.”

This tinkering includes adding notes and pictures to make the solutions more obvious, or in some cases, scrapping entire puzzles that people just aren’t figuring out. In the case of Jumanji, 60Out had a puzzle where guests had to hit a karate training board to solve a puzzle. Nobody was hitting the board in the right place, so they replaced it with a different challenge.

By the time testing is done, six to ten months have passed from initial ideas to the first paying customers walking through the door, at which point the room is still constantly being modified to improve the experience. And so people will come back more than once.

“A facility is never really ‘ready,’” says Gabossy. “If you’re a responsible owner, only your wallet should put an end to your motivation.”

EntertainmentA Doctor Who Escape Room Is Coming To the UK
Tagged
Art + Architecture Entertainment Insider Guides
What did you think of this story?
Meh
Good
Awesome