French people are gonna be so mad about this. A country where the people aren’t exactly jumping up and down at the prospect of Americans visiting all summer surely won’t be pleased to learn that there’s a way we can visit, literally, the entire country for almost nothing. Which — while great news for any of us who’ve wanted to see the beaches of Nice, the bright lights of Paris, and the wine country of Bordeaux without having to make multiple trips — might not be the highlight of the year for locals.

But that’s the French’s problem. And the problem of the bus-and-train mavens at Wanderu. They did some digging and found the optimal bus routes to take through France that’ll have you stopping in 10 of the most beautiful, diverse, and delicious cities in the country for under $150. The fares they found were averages, so you might end up spending even less, or a little more. But you definitely won’t find a better way to see France on a budget. 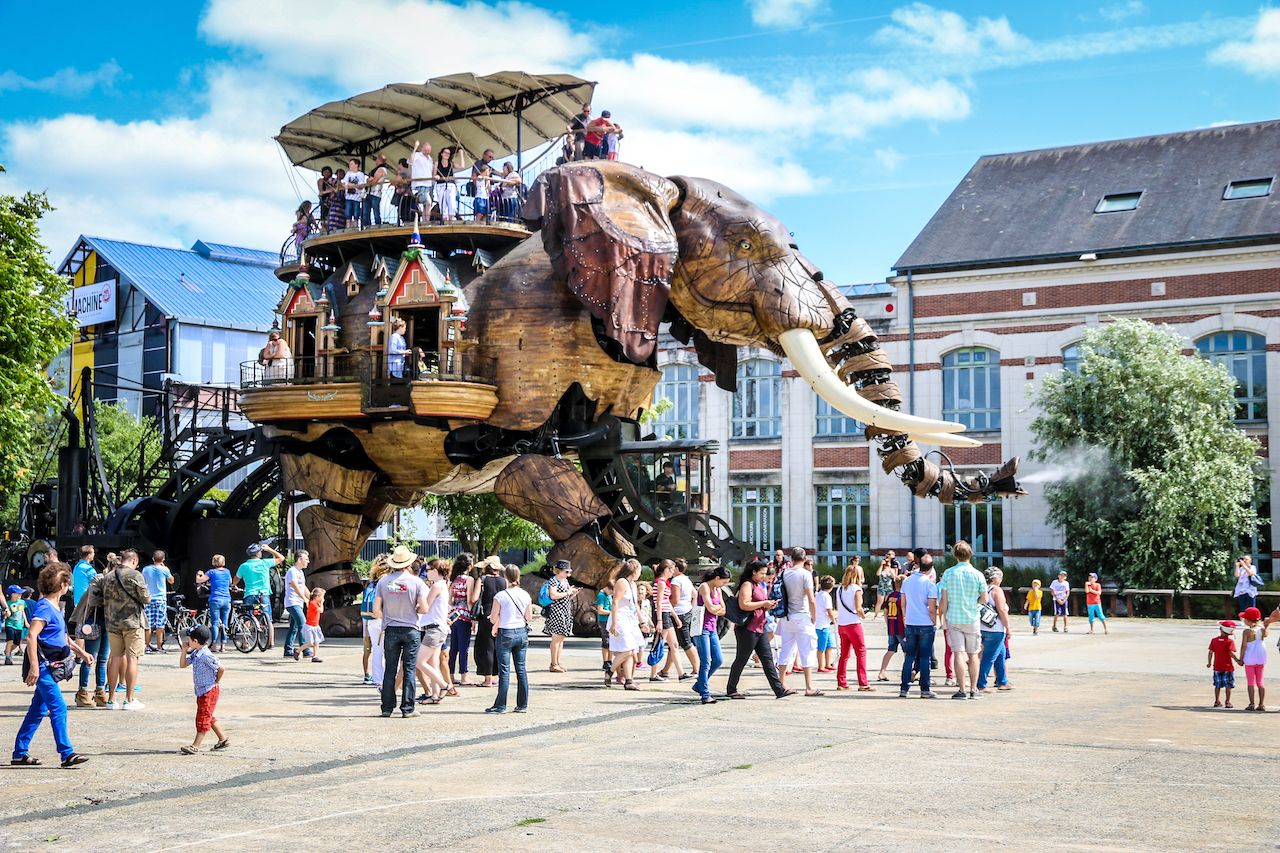 After spending the day getting your requisite French vacation pictures under the Eiffel Tower and not-eating a croissant at a café, hop on the bus west to the onetime industrial hub of Nantes. This port city has become a leader in biodiversity and urban green space, with over 8,300 acres of parks. Hit the Jardin des Plantes botanical garden for the most serene spot in the city. But do not leave without spending some time at Les machine de l’ile. Here in the former shipyards, art comes to life as sketchbooks from Leonardo DiVinci have become winged beasts you can ride, an elephant with a house built into it, a four-story merry go round, and other trippy attractions. 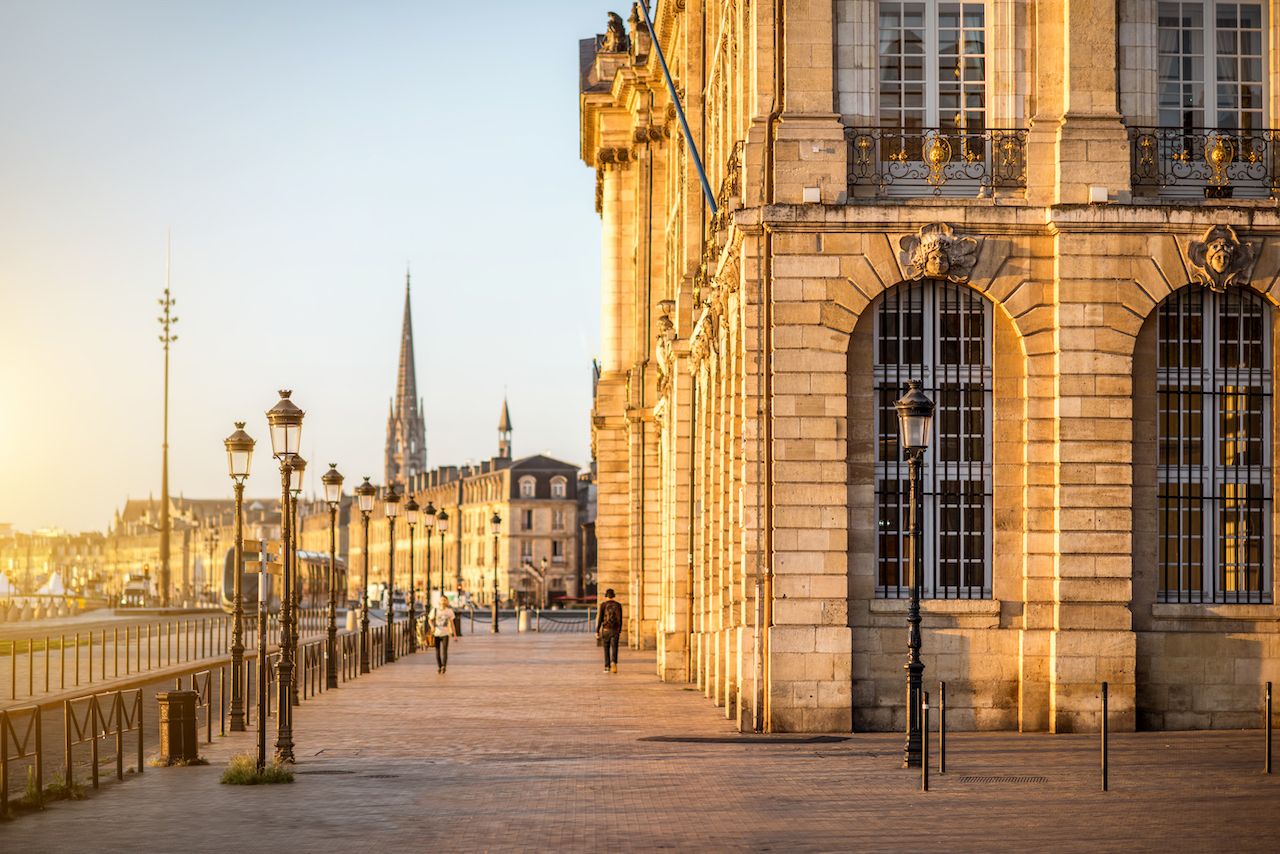 Four hours south along the Atlantic coast brings you to France’s best-known wine region in Bordeaux. And while your time is definitely well spent touring the countryside, stopping to taste at Chateau de Pitray and Chateau Mouton Rothschild, the city itself has the second-most preserved buildings in the country after Paris. Take some time to walk around the UNESCO World Heritage site in the historic quarter, then hike to the top of the Pey-Berland tower, a 15th-century bell tower with spectacular views of the city. 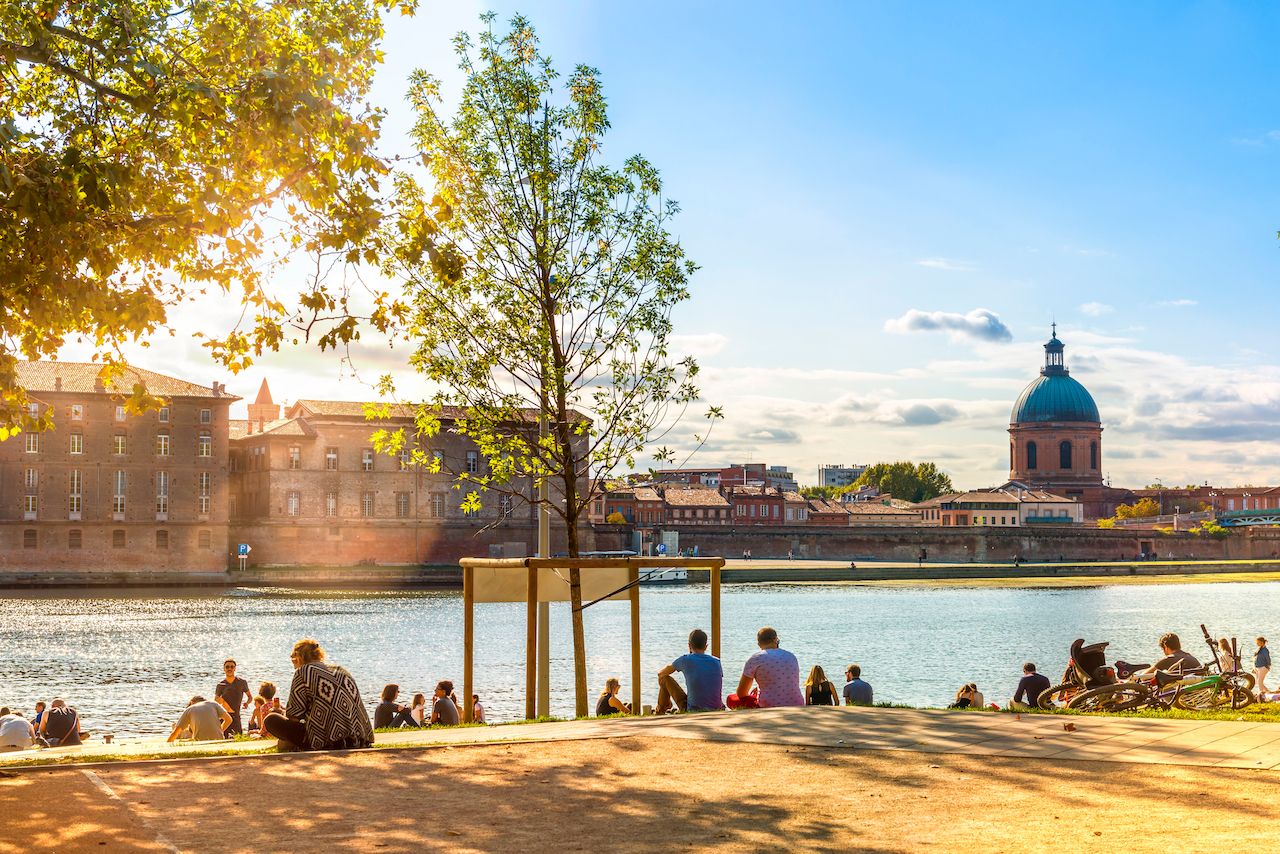 For less than the price of the city bus in some US cities, you can travel all the way to Toulouse, smack in the middle of the rolling hills of Occitania. “This pink city” is a marvelous collection of coral buildings with terra-cotta roofs, making the entire place glow a marvelous shade of rose at sunset. Though you’ll definitely want to tour around historic sites like the Theâtre du Capitole and the Basilique Saint-Sernin — the largest Romanesque building still standing in Europe — take time to explore Toulouse’s modern side, too. It’s the center of the French space program, so you can see a real rocket ship and tour the Cité de l’espace, which you should absolutely tell every French person you meet reminds you of Houston. 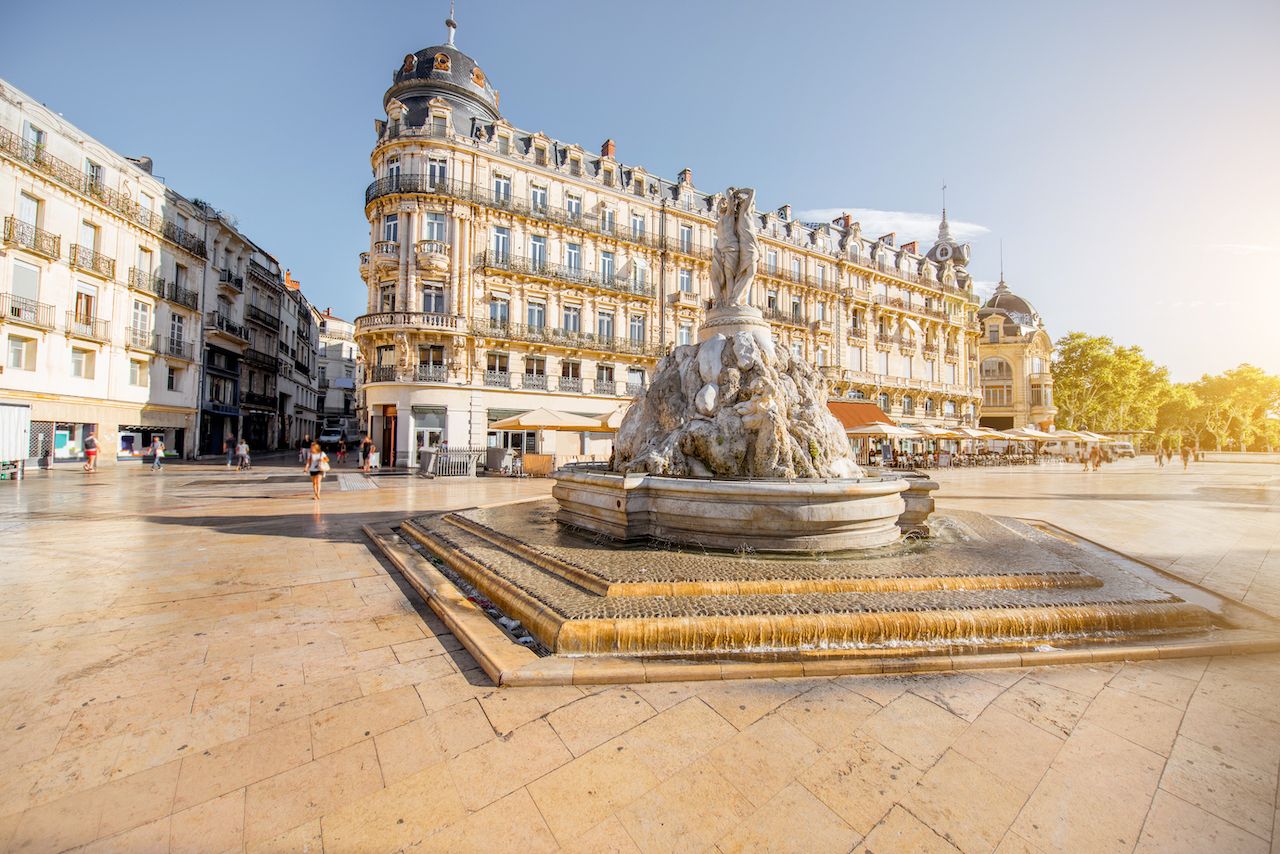 After spending more time than you’d probably like to on buses, a long hike is just what your legs need. Just outside Montpellier along the Mediterranean coast, you can get your exercise fix at Pic Saint-Loup where hiking trails through the mountain have views out to the water. After, relax at a café along the Place de la Comédie, and converse with the local college students who call the city home. Nearly a third of the population attends the Université de Montpellier, making this a little like visiting a scenic, historic version of Starkeville. 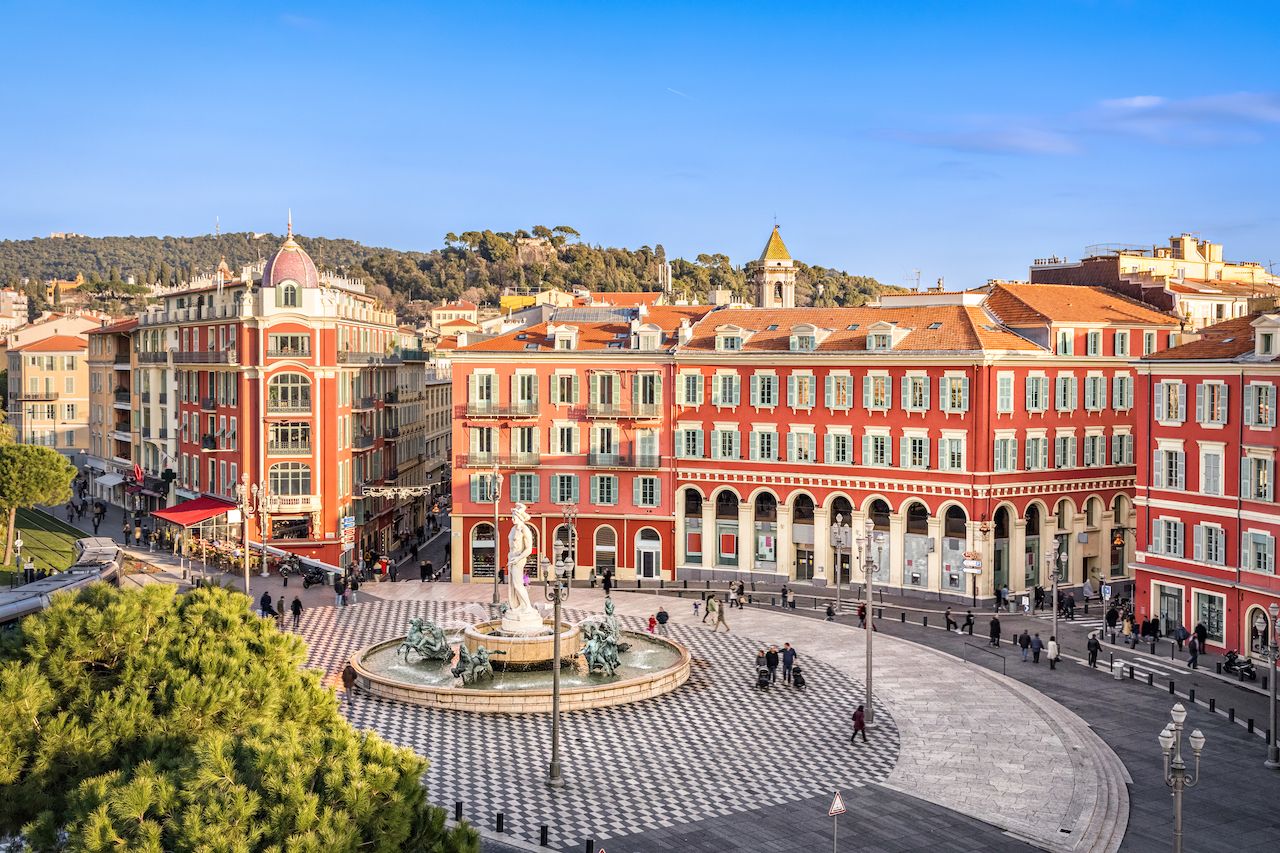 No summer trip through France is complete without a stop in the Cote d’Azur and the stunning blue waters of Nice. The city itself is an architectural marvel, but you’d be remiss if you didn’t take the chance to explore the little hillside villages that sit perched atop the mountains nearby. Saint-Paul-de-Vence is among the most charming, as is the artsy enclave in Eze. You’re also only a short ride from the grand casinos and opulent harbors of Monaco, Europe’s most expensive capital that can still be done cheaply if you know the right people. 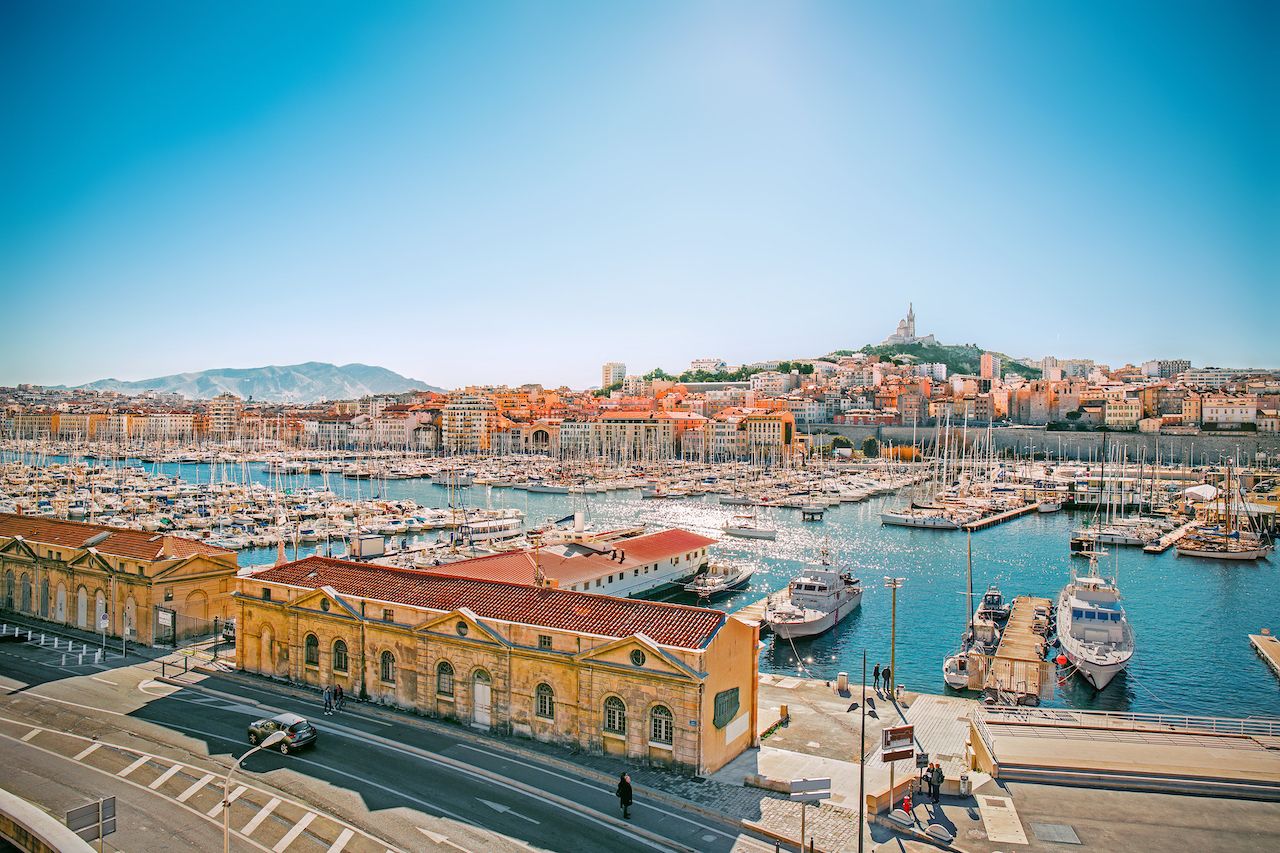 The shortest ride of your journey is also the most scenic, doubling back through Provence from Nice to Marseille. Here you’ll find France’s most international city, a longtime destination for immigrants from Algeria and other parts of North Africa. Though the architecture is still very French, you’ll find the streets filled with people speaking different languages and the smell of tagines and kebabs filling the air. Marseille is also known in Europe for having one of the continent’s best hip-hop scenes, and you can find up-and-coming acts at Escape Julien almost any night of the week. 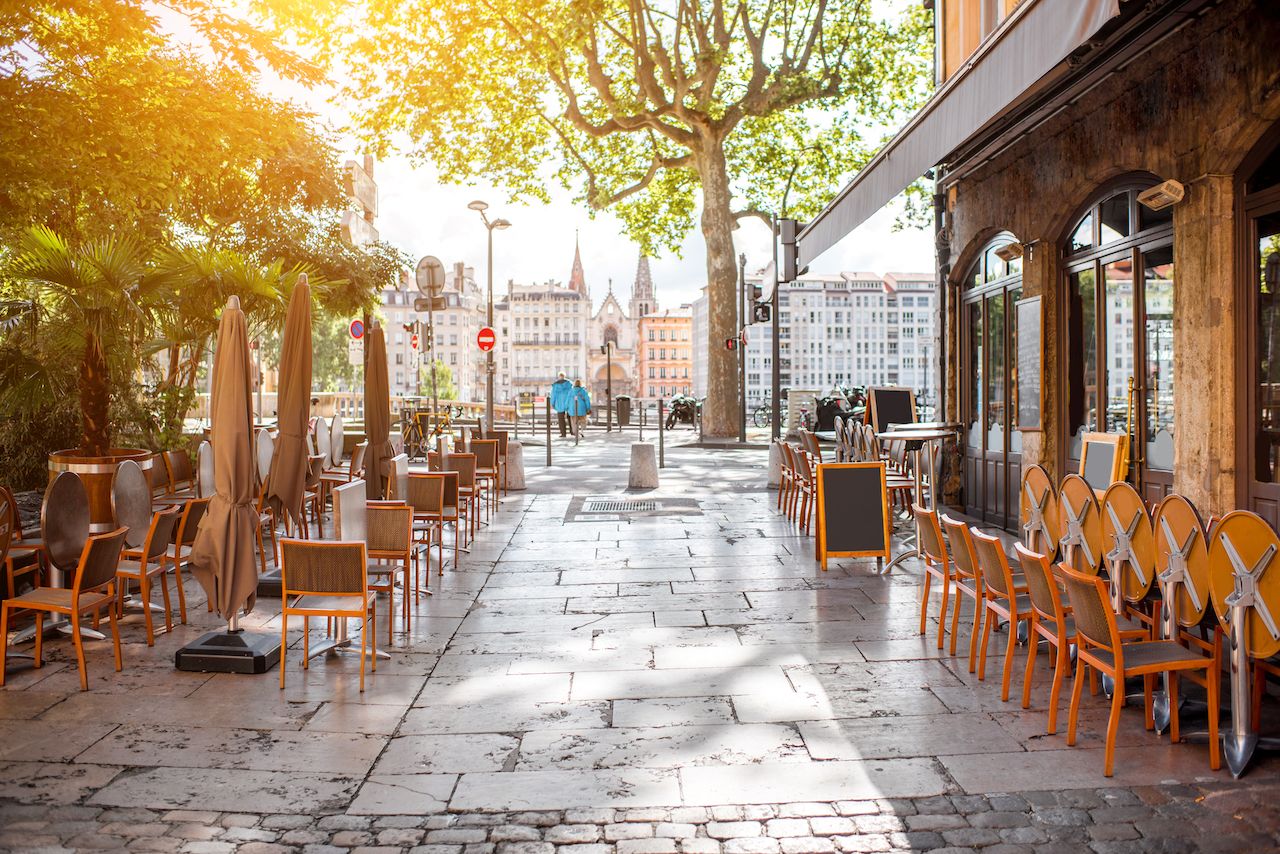 Though you’re not exactly working up a huge appetite sitting on a bus for four hours, you can’t go to a city with 20 Michelin-starred restaurants and skimp on the food. Lyon is pound-for-pound the best food city in France, with spots like Restaurant Paul Bocuse gaining the rare three-star rating, and Takao Takano showing off two stars. Lyon is also only a couple of hours from the French Alps, so if all that rich food has you jonesing for some outdoors, it’s an easy side trip. Or you can just stick around the city and stroll the cobblestone streets of the historic Vieux Lyon. 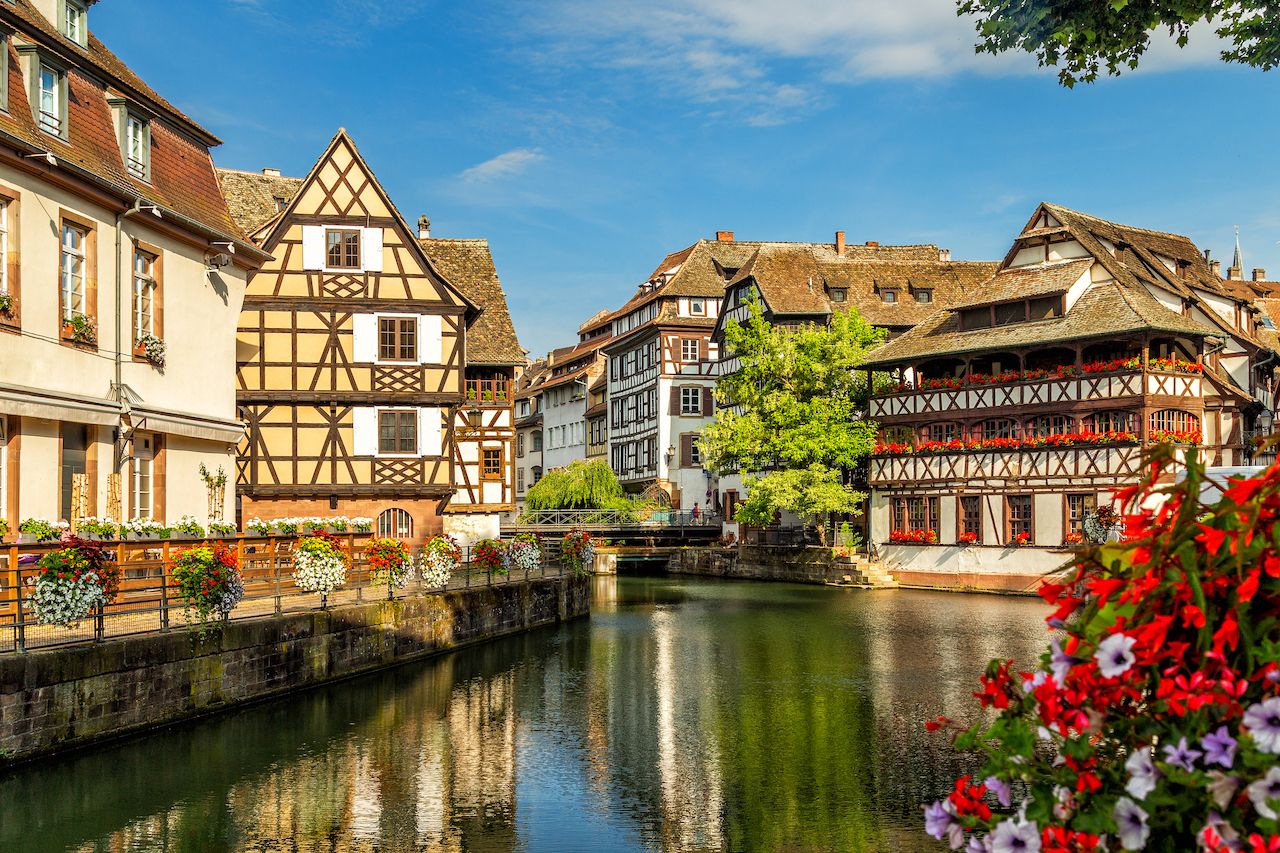 One of the best parts about traveling in Europe is visiting border towns where you get the feel of one country while squarely in another. The Grand Est region of France is one of those places, set right along the German border and full of towns with houses that look like they popped out of an old fairy tale. Take a walk along Strasbourg’s central canal and admire the Bavarian feel, then head out into the rest of the region into Riquewihr and Ribeauvillé, villages that inspired the fictional town in Beauty and the Beast. Nearby you’ll also find scores of countryside vineyards where you can taste gewürztraminers, Rieslings, and pinot gris for next to nothing. 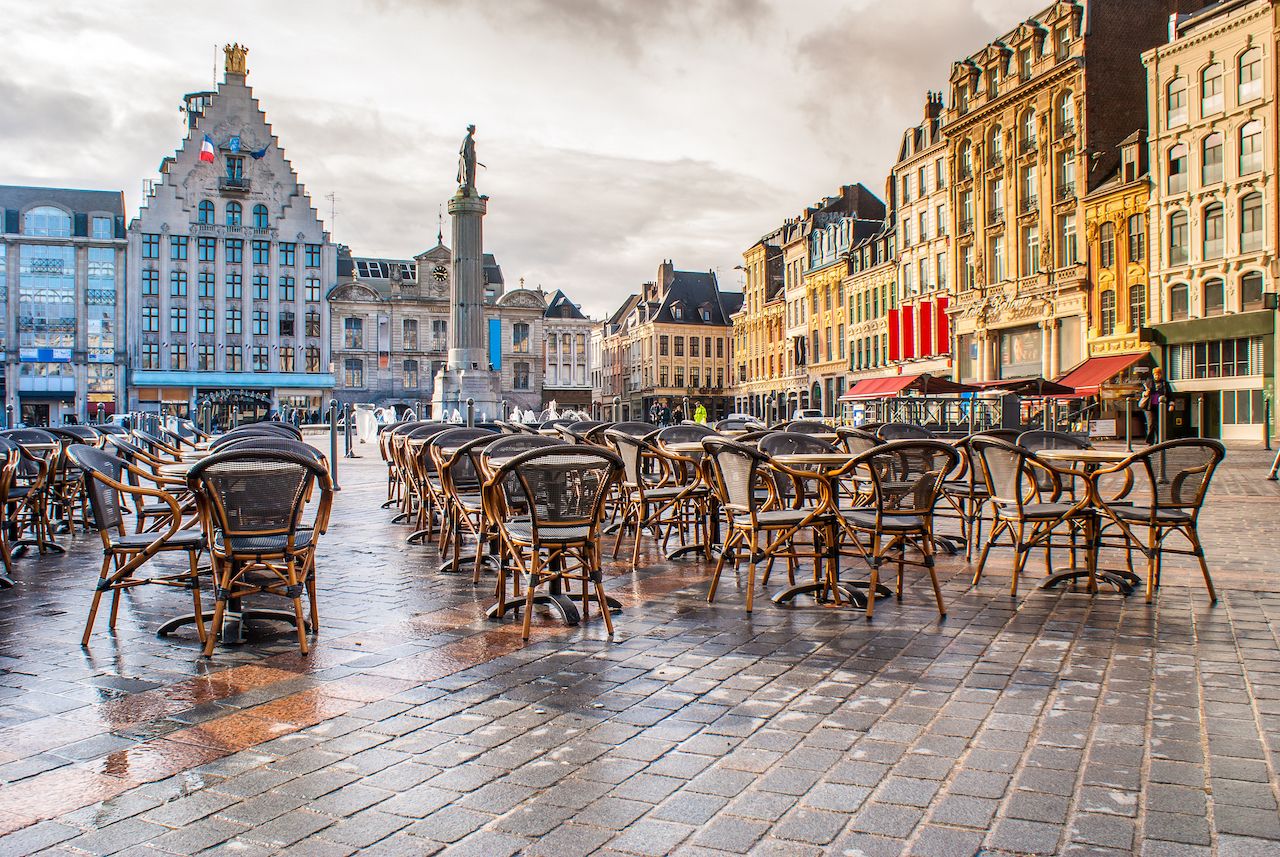 We said touring 10 beautiful cities in France would be cheap. We never said it would be easy. Nine hours on a bus is rough, but you’ll be rewarded with one of the most unique cities in the country in the Flemish enclave of Lille. Here you can stuff your face with waffles before perusing the Marché de Wazemmes and sampling a few of the almost-Belgian beers. Then ponder on fine art from Donatollo, Goya, and Veronese at the Palais des Beaux-Arts de Lille museum. If you want to check another country off your list, Belgium is just a stone’s throw away, and you can be in its capital city of Brussels in less than an hour and a half. 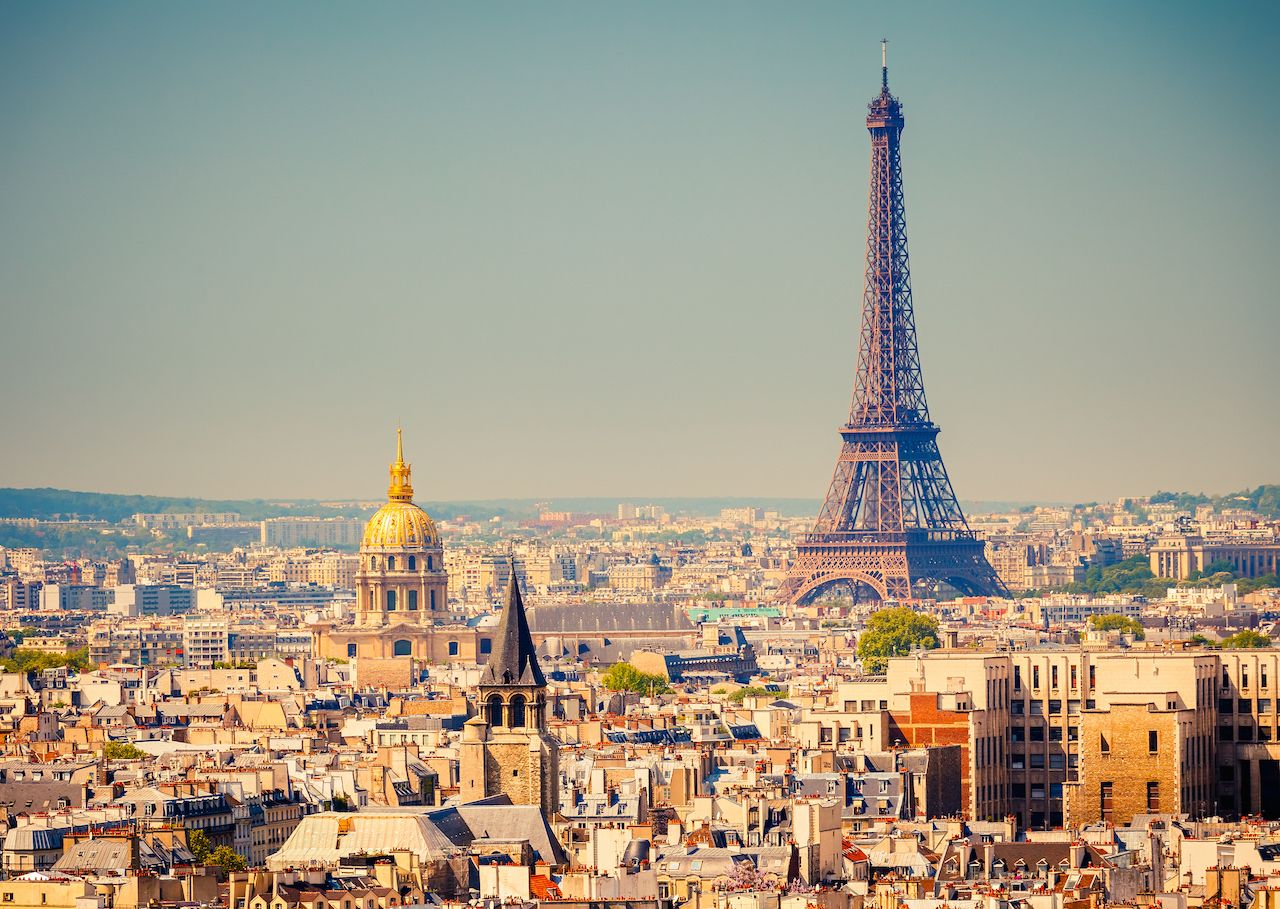 Your last leg is a relatively short, three-hour jaunt back into Paris, where you can immediately begin boasting to all your friends about how you just saw the entire country for less than a monthly gym membership. Stuff like lodging, food, and the occasional glass of wine may have upped that tally a little, but you still made it around one of the most beautiful places in the world without spending much on transportation. And hopefully proved some locals wrong about Americans along the way.

Art + Architecture7 Castles To Visit in France Besides Versailles
Tagged
Budget Travel Trip Planning France
What did you think of this story?
Meh
Good
Awesome